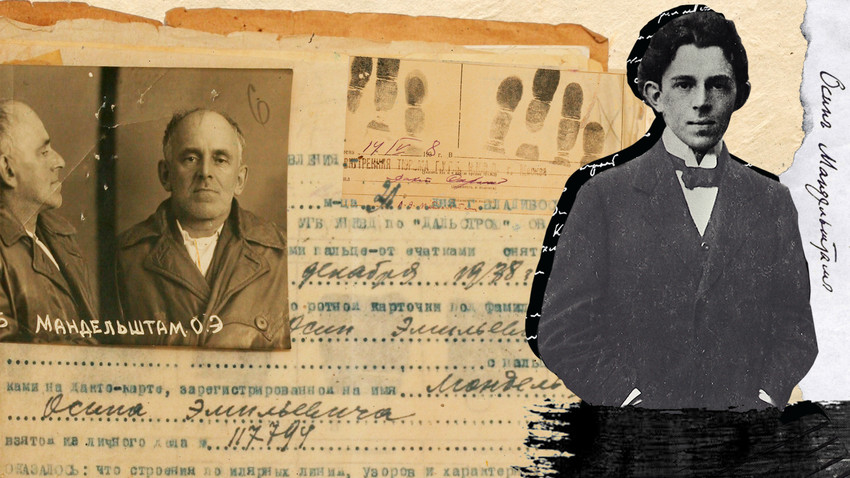 Vadim Nekrasov/Global Look Press, Getty Images
Osip Mandelstam (1891-1938) was one of the greatest poets of the Silver Age of Russian poetry. He died under mysterious circumstances in a Gulag camp in the Far East. We look back at his life to recall why his legacy is so important.

1. He was the last Russian 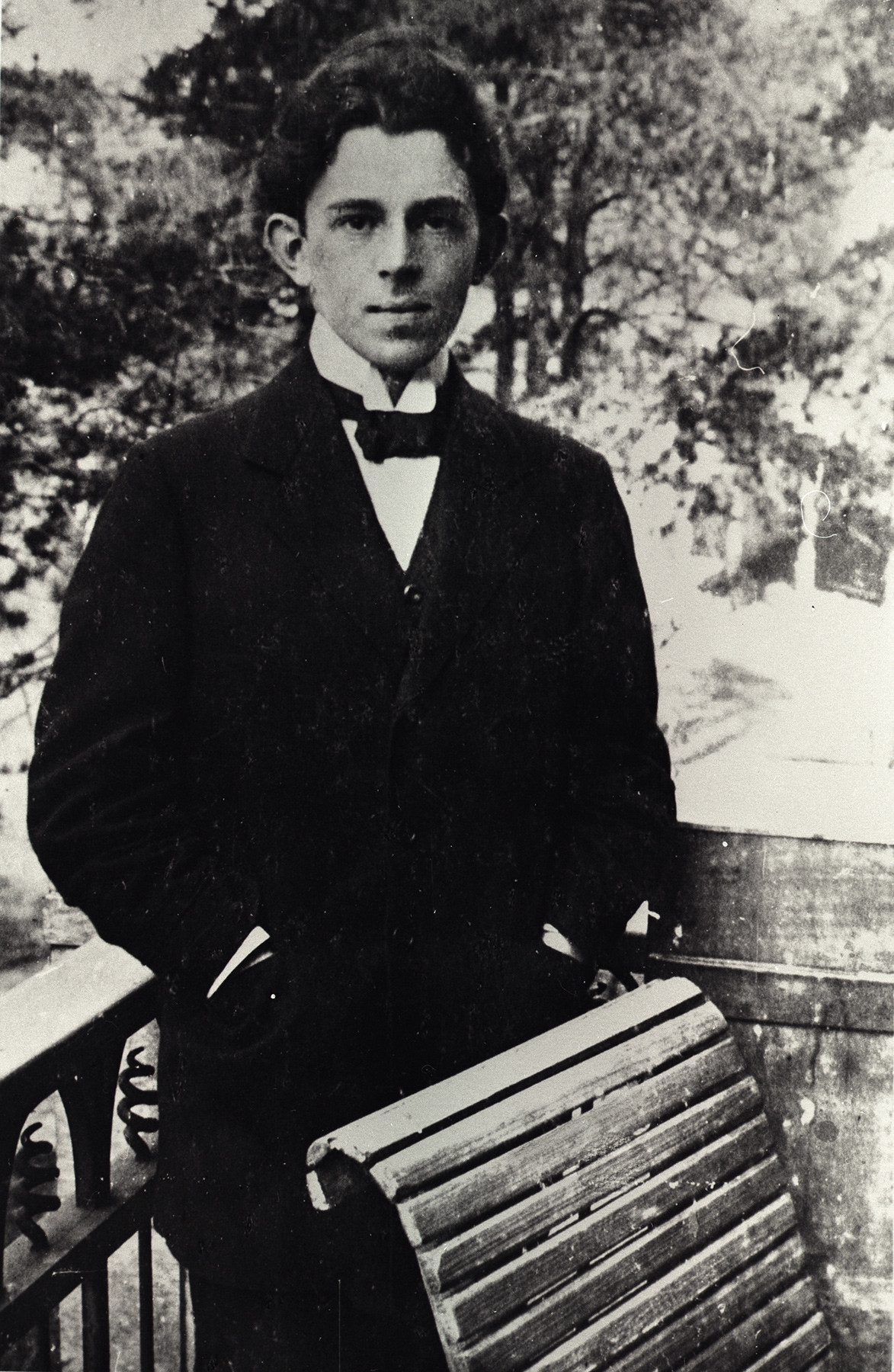 Mandelstam was born into a Jewish merchant family in Warsaw and later moved to St. Petersburg where he received his secondary education at a prestigious school. He also studied at the Sorbonne and Heidelberg University. He made his first steps as a poet in association with the Acmeist poets (Anna Akhmatova and Nikolay Gumilyov). He was fascinated by antiquity and by French poets Paul Verlaine, Charles Baudelaire, and François Villon, and had a brief affair with poet Marina Tsvetaeva.

For many intellectuals in Russia today, two poets - Osip Mandelstam (1891-1938) and Joseph Brodsky (1940-1996) - have acquired a nearly sacred status. Both are presented almost in the guise of Christian martyrs, as poets who suffered for their verse: One died at the hands of the authorities and the other was forced to emigrate. And yet, if the life of Brodsky was successful - he was awarded the Nobel prize and recognized around the world - the no less brilliant Mandelstam fell victim to political repression and sank into oblivion for many years.

2. He is the author of the most famous anti-Stalin 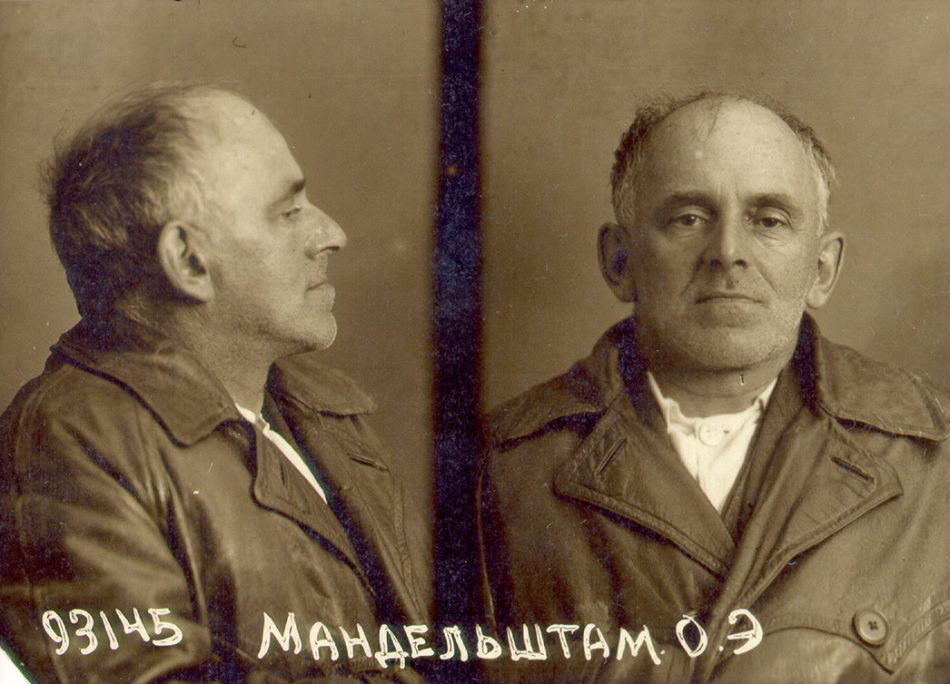 1933, at the height of Stalin’s cult of personality, Mandelstam wrote the poem We live without feeling the country beneath us, which contained unthinkable criticism of Stalin. He calls the Great Leader the "Kremlin mountaineer" and accuses the authorities of ignoring ordinary people: "Our speech at ten paces inaudible." He describes the entourage of the Leader of the Peoples as a "rabble" who merely carry out orders. [The above quotes are taken from the translation by David McDuff].

the poem was never published either in Mandelstam's lifetime or for a long time . It was dangerous even to write it down: Mandelstam recited it to friends, but Boris Pasternak called it suicidal and asked him not to repeat it to anyone. The state security archives only have one surviving autographed copy.

Anyway, Mandelstam was prepared for the most terrible outcome, although at first he was only exiled to Voronezh. The poet was arrested in 1938 before dying in a transit camp in the Far East.

And yet, the poem has survived: It was published in the West in 1963 in the Mosty [Bridges] journal, to which it by literary historian Yulian Oksman (thanks to him, many verses of the poets of the Silver Age not published in the Soviet period are extant). That was the beginning of Mandelstam's rise to fame in the West.

3. He is regarded as one of the most significant poets of the Silver Age 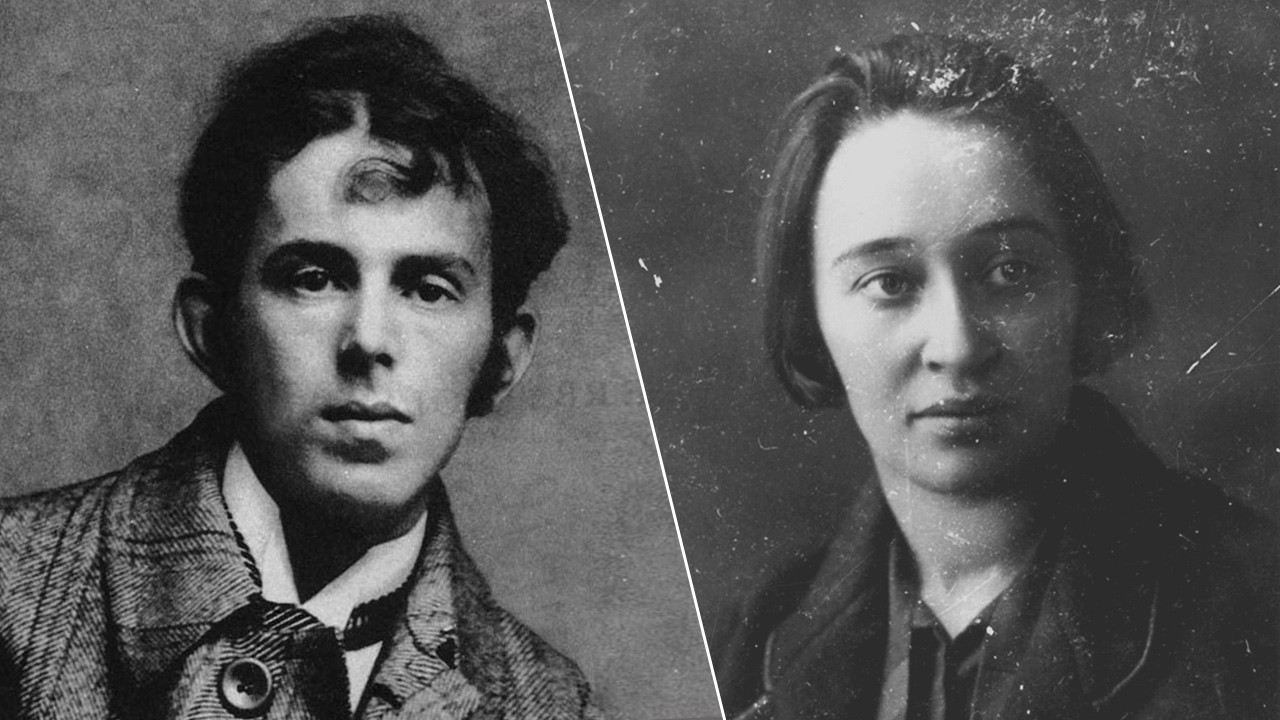 Mandelstam and his wife Nadezhda

Nowadays Mandelstam is considered one of the most important poets of the 20th century, although this was not always the case. During his lifetime he was in the shadow of other poets of the Silver Age - above all, Alexander Blok, according to literary historian and Mandelstam biographer Oleg Lekmanov. Then his poems were banned for many until the publication of We live without feeling the country beneath us helped revive interest in him.

However, the interest in Mandelstam was fueled by two books of memoirs by his wife Nadezhda which came out in 1970. In the West, more copies of the memoirs were published than of Mandelstam's poems. In her memoirs, she describes not only her husband’s life but also provides portraits of many of his contemporaries.

4. He was one of the most complex poets in the 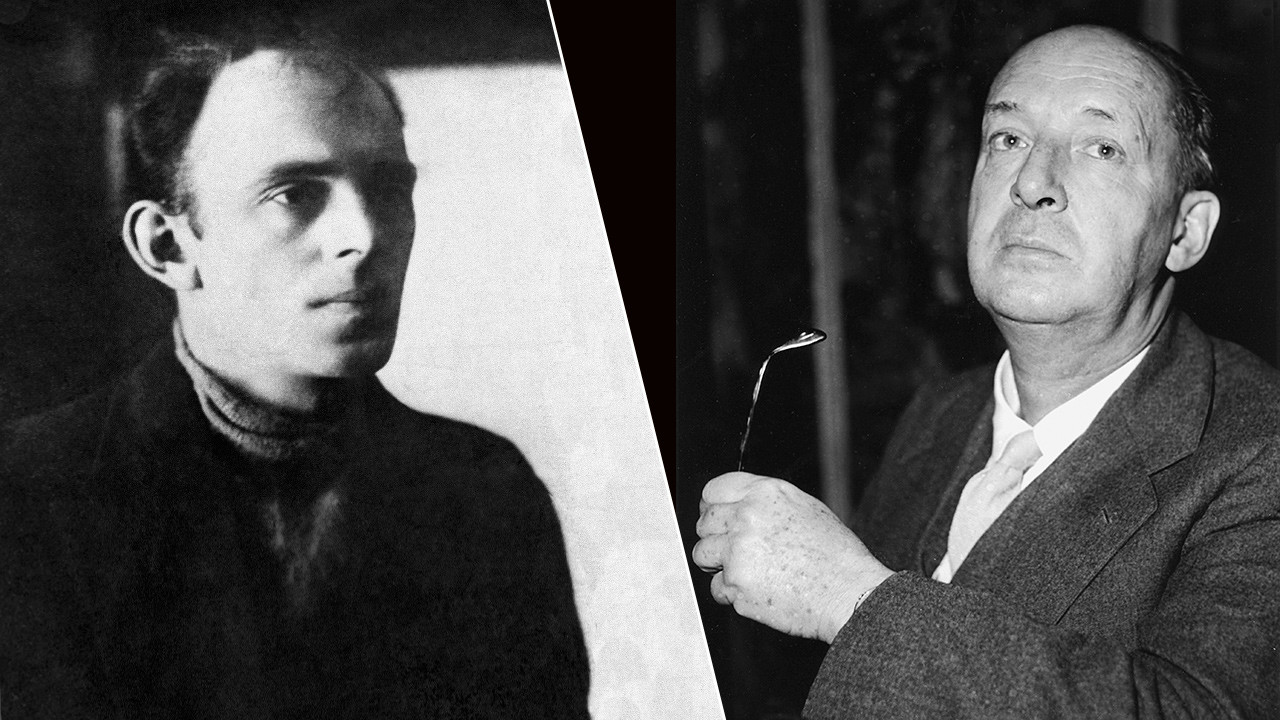 academics began to seriously study Mandelstam after a collection of his poetry was published in the U.S. At the time Kirill Taranovsky, a linguist and literary scholar of Russian origin and lecturer at Harvard formulated the term "subtext." It means that the key to the incomprehensible passages in the poems of Mandelstam (as well as Akhmatova) lies in the texts of other poets - those of antiquity, or the French poets, or Pushkin and his contemporaries. By referring to these texts, we gain new shades of meaning.

Mandelstam has been studied a lot, but there is still no academic collection of his writings or a separate book of accounts about the poet by his contemporaries.

The greatness of Mandelstam was recognized even by Vladimir Nabokov who, despised practically everyone.

5. He wrote one of the best love poems in 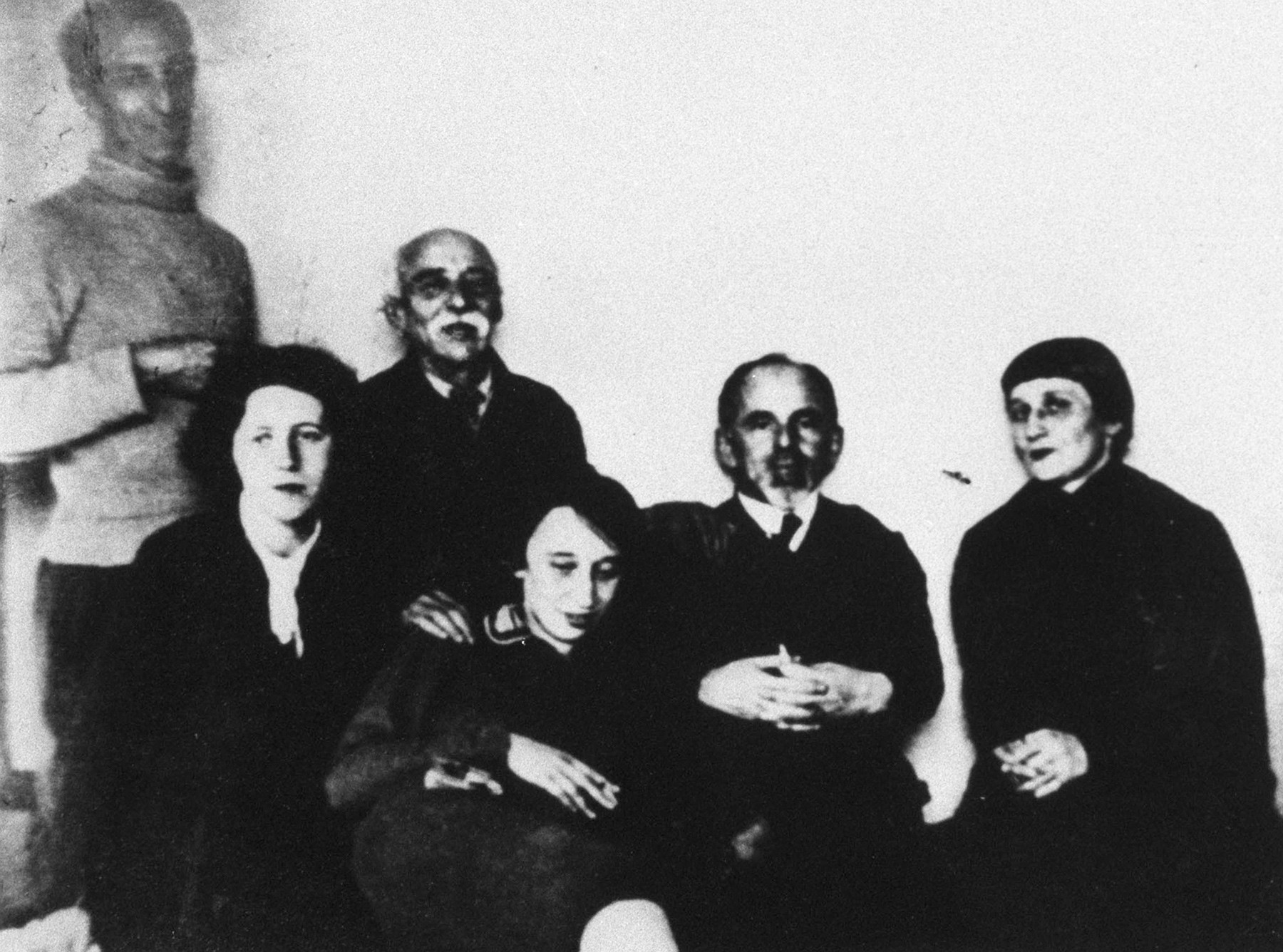 mistress of guilty glances... Great poet Anna Akhmatova described it as the "best love poem of the 20th century."

The poem is full of the kind of subtexts mentioned above: Some find parallels in it with Biblical stories involving Mary and fish as symbols of Christ; or oriental fairy tales in which fish were metaphors for sex.

Odd fish travel, flashing their fins,
gills inflated. Here, you take them,
with their silently opening mouths,
feed them the half-bread of your flesh.

We are not fish, red and golden,
our sisterly fashion is this:
thin ribs framing a warm body
and the useless, moist glow of eyes.

The brows’ arch marks a risky path.
Must I, like a janissary, love
this miniature, bird-red mouth,
your lips’ pitiful crescent month?

Don’t rail, my dear Turkish girl.
I would be sewn up with you in a sack,
your dark language I would swallow,
on fire water for you I would get drunk.

You, Maria, are an to the dying.
We must warn death, fall asleep.
I stand before the hard threshold.
Go away. Please, go. Stay a bit. (1934)

If you know Russian, watch Roman animated film about Mandelstam, "Save My Speech Forever" below.