Culture
Julia Shevelkina
Press Photo
Artisans from the Urals have brought new life to the legacy of Carl Faberge, creating amazing worlds out of semiprecious stones and minerals.

Catherine the Great, Baba Yaga, Genghis Khan, the Snow Queen – the craftsmen in Alexei Antonov's stonecutting workshop in Yekaterinburg know all about characters from history and fairy tales alike. For the past 30 years, they have been depicting these characters using volumetric mosaic techniques while keeping alive the stonecutting traditions of the legendary Carl Faberge’s workshop. 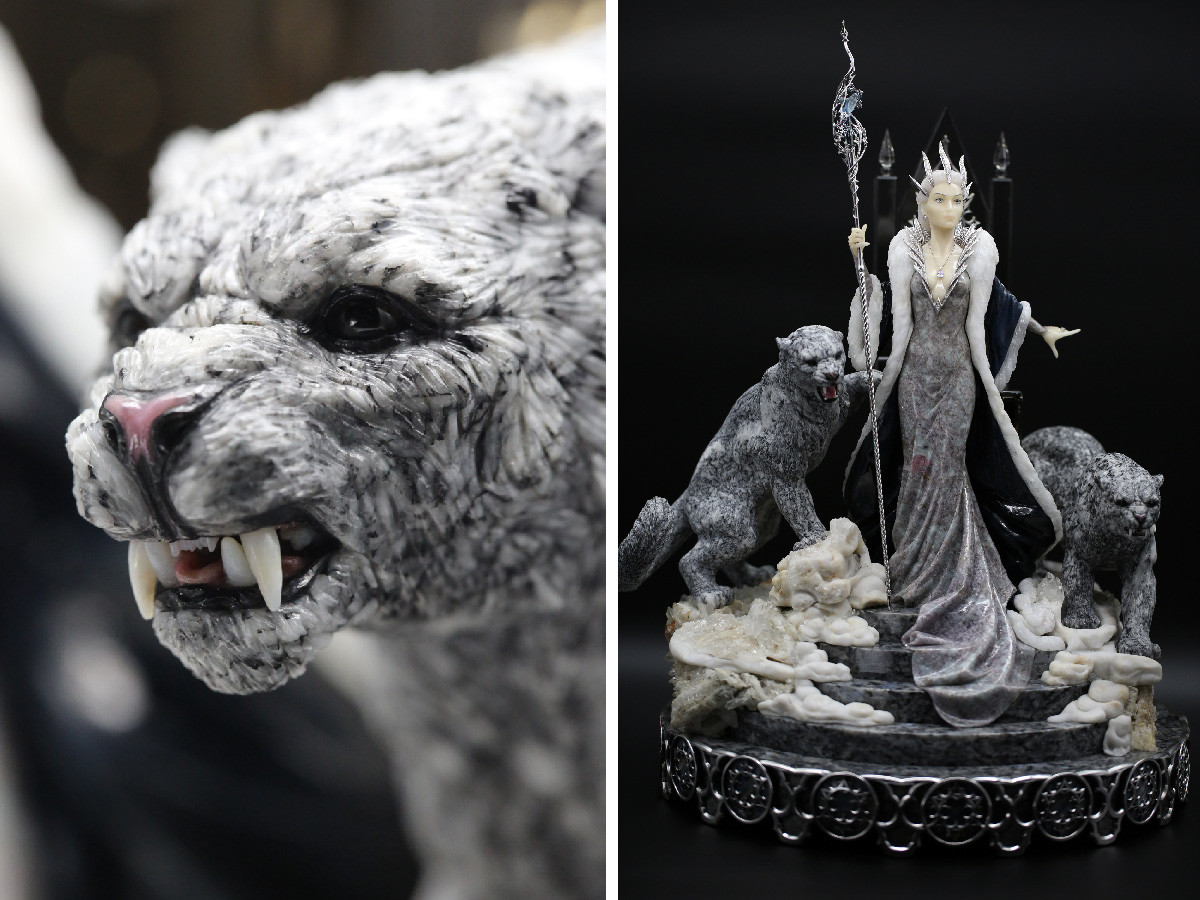 “Initially, we wanted to revive the almost forgotten art of stone working, but over time, we realized that a lot had changed over these hundred-plus years,” says one workshop member. “If previously the scope of work was limited by the small size of an expensive stone, today we use technology that allows us to increase the volume of a figure while maintaining the exquisite workmanship.” 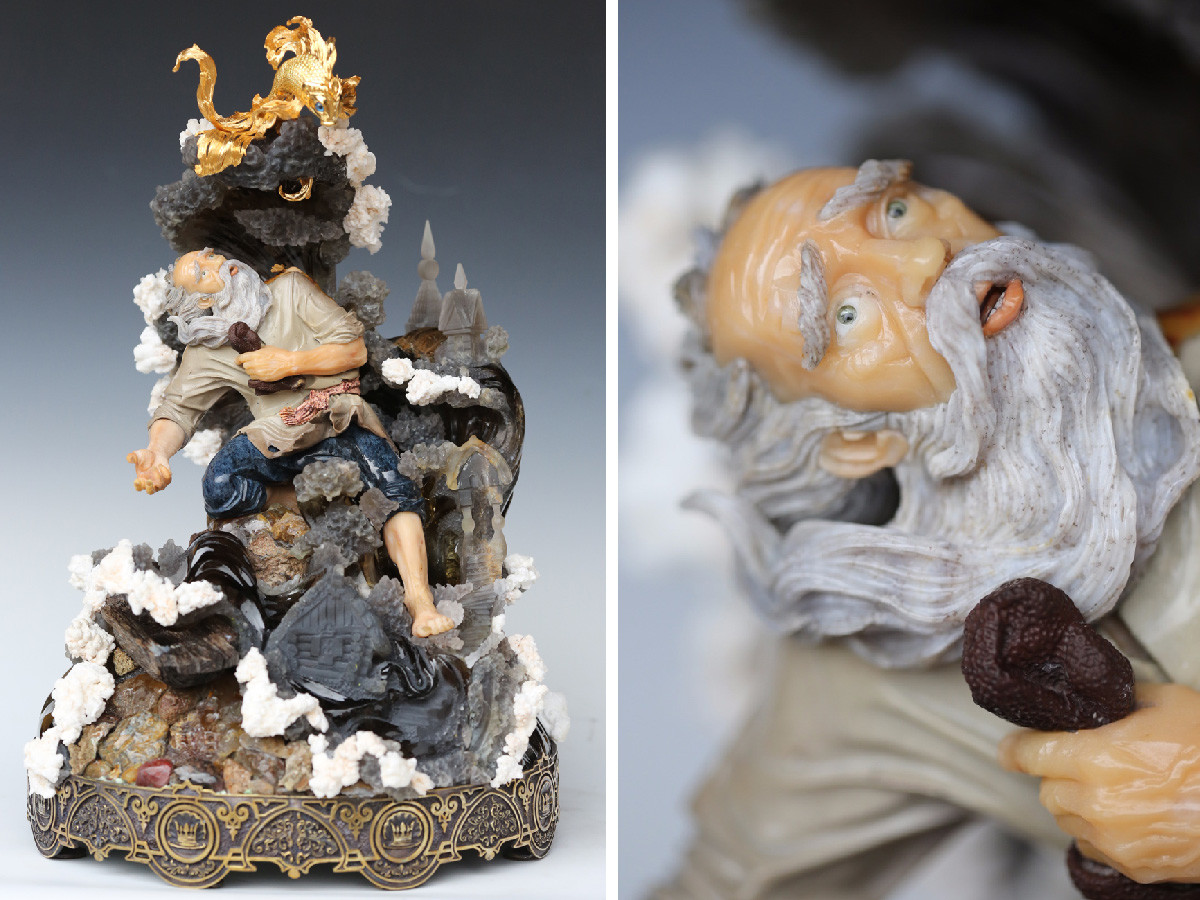 A team of five to six artisans collaborates to create each piece. These include not just stonecutters, but also jewelers, sculptors and artisans working with bronze, brass and enamel. One a figure is chosen, experts analyze how that character was described in fairy tales or stories and how they were depicted in famous book illustrations, animated cartoons, movies or photos. 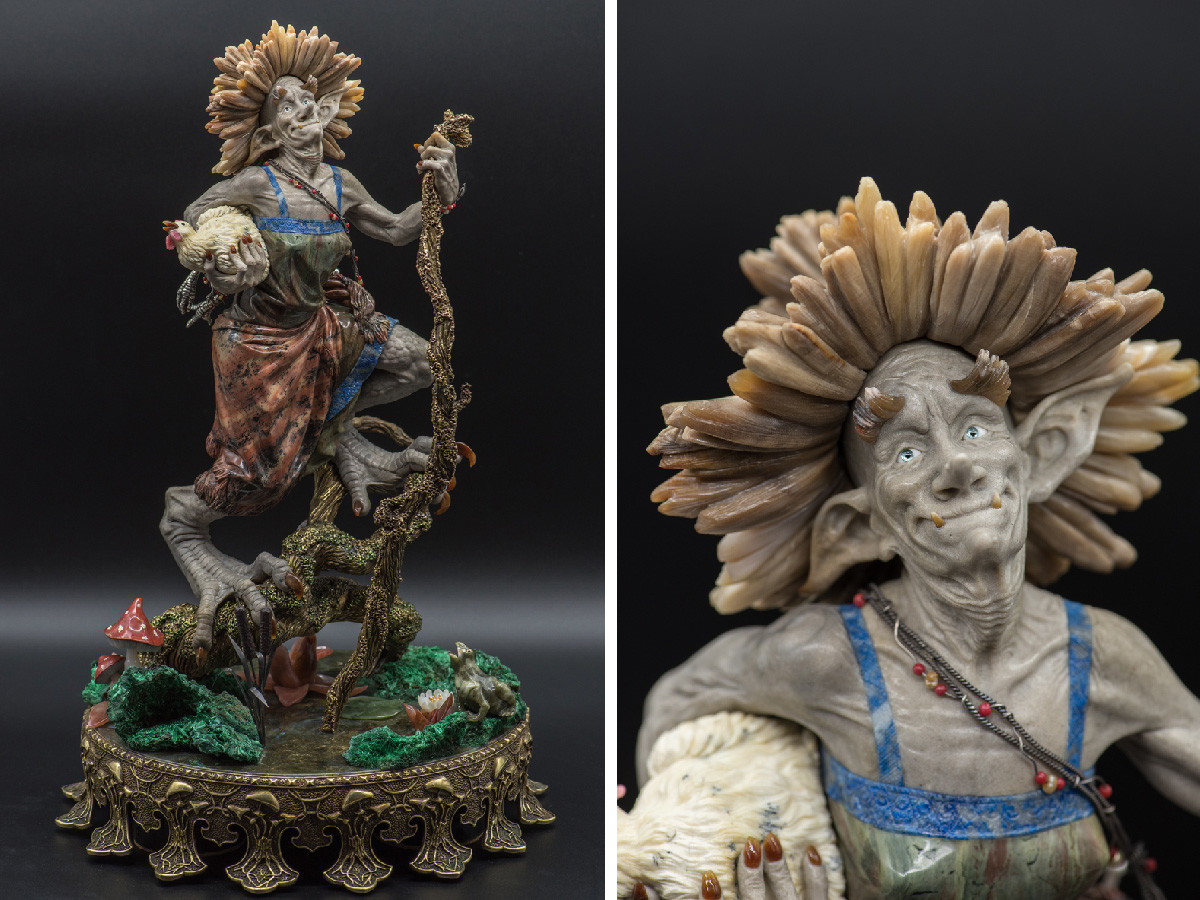 After that, an artist creates a black and white sketch on the basis of which the composition is approved. Then a color version is created, which the craftsmen use to determine which stones suit which elements in terms of color and texture. 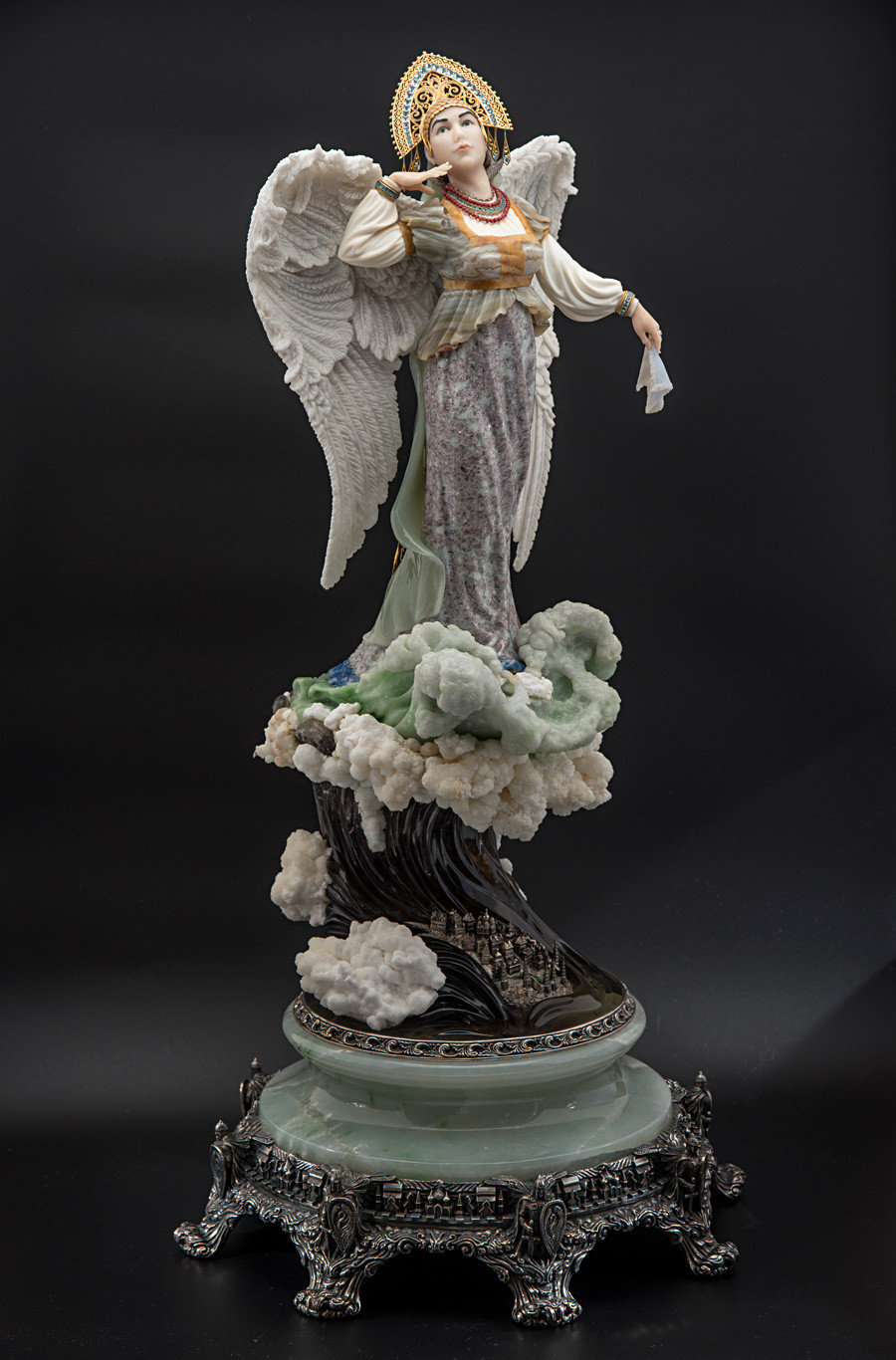 “Nature has already created everything that is needed, we just put the stone in the right place,” Alexei Antonov explains. “Fluorite has bubbles inside, like sea foam, so we have chosen it to depict the waves at the mermaid's feet. Her harp is made of translucent agate, which creates the impression that it is made of water." 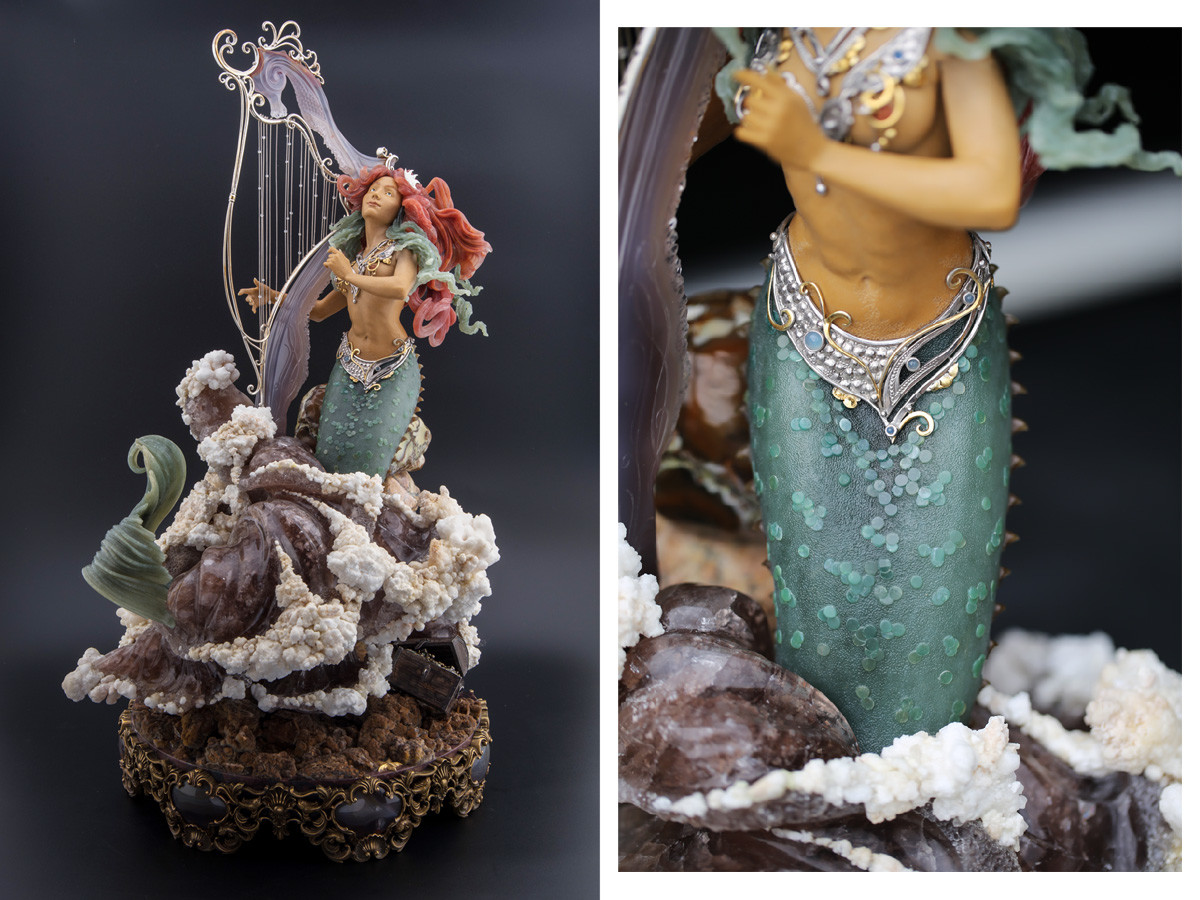 Some details look better in bronze. For example, Baba Yaga's tree was made from it to create the effect of light, thin leaves. 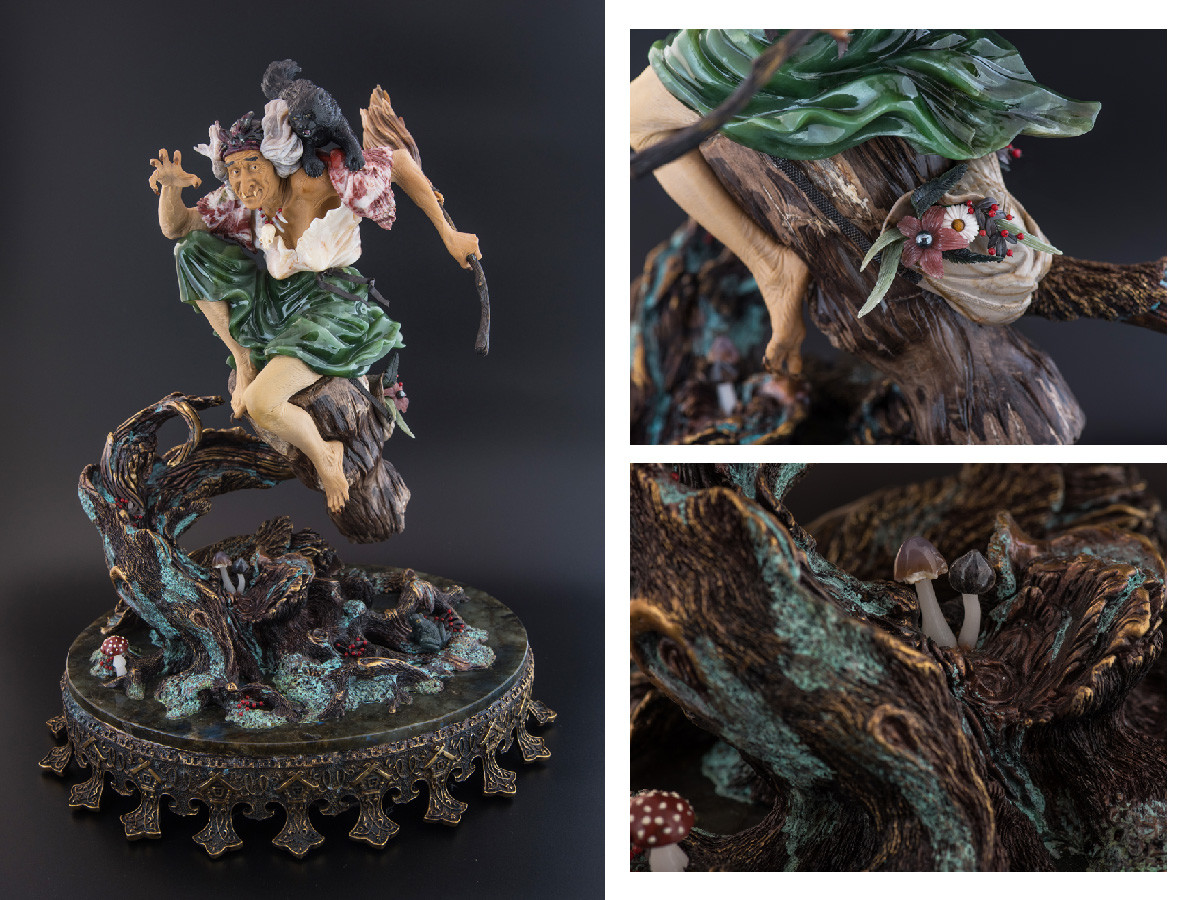 Next, a 3D mock-up is created, making it possible to see the whole work almost as it would look in real life. In the past, plasticine artists made these mock-ups, but nowadays, thanks to computer technology, the process has become much quicker. The figurine is cast from plastic, with some parts attached to the body using magnets. An artisan can detach any part to work on without disturbing the overall composition or its proportions. 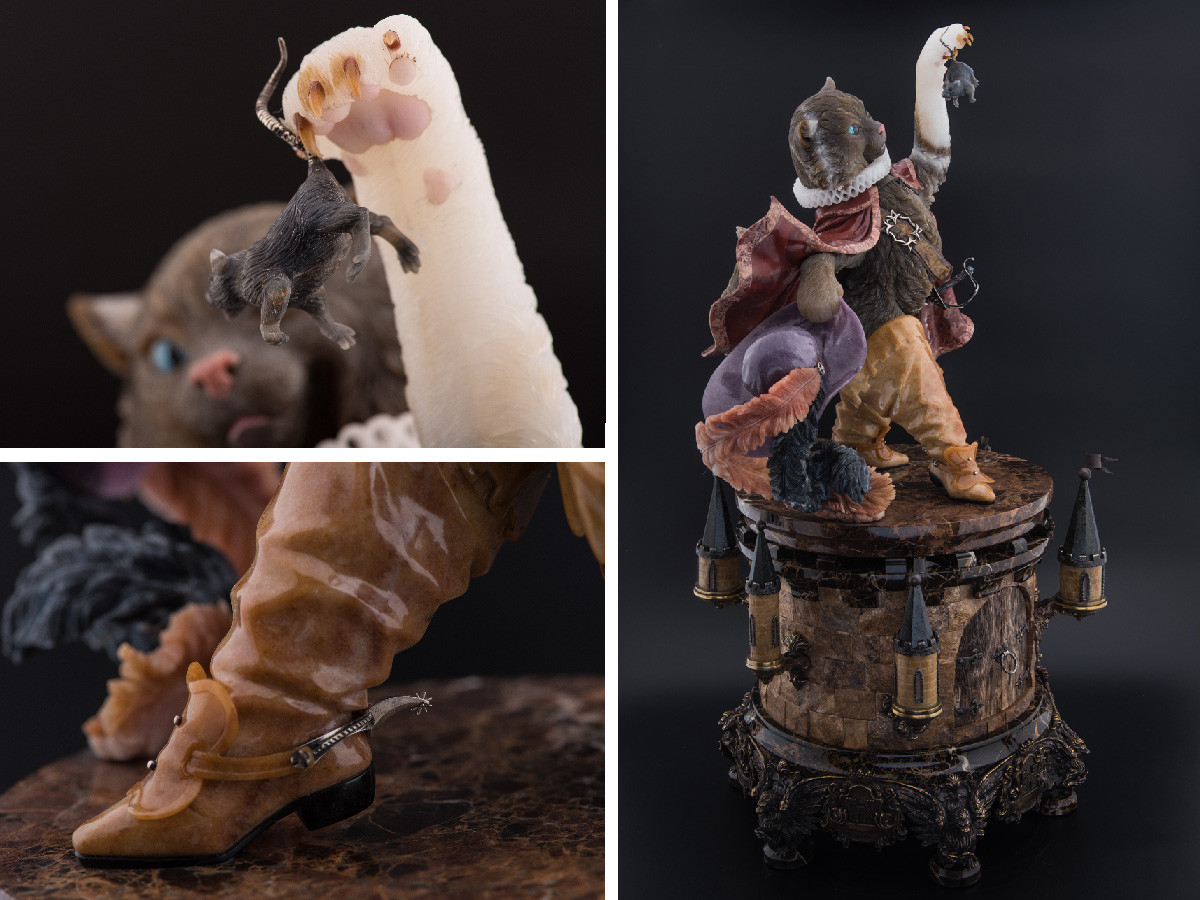 While mock-ups make it possible to cut parts with more precision, this does not mean that production can be automated any time soon. “When you work with stone, there are always a lot of mysteries in it: It may crumble or turn out to be a different shade inside from what you expected. A stone is part of nature. It is alive. Top artisans listen to it, and it tells them what to do. That is why the work of a stonecutter will never become a mechanical process," Antonov says. 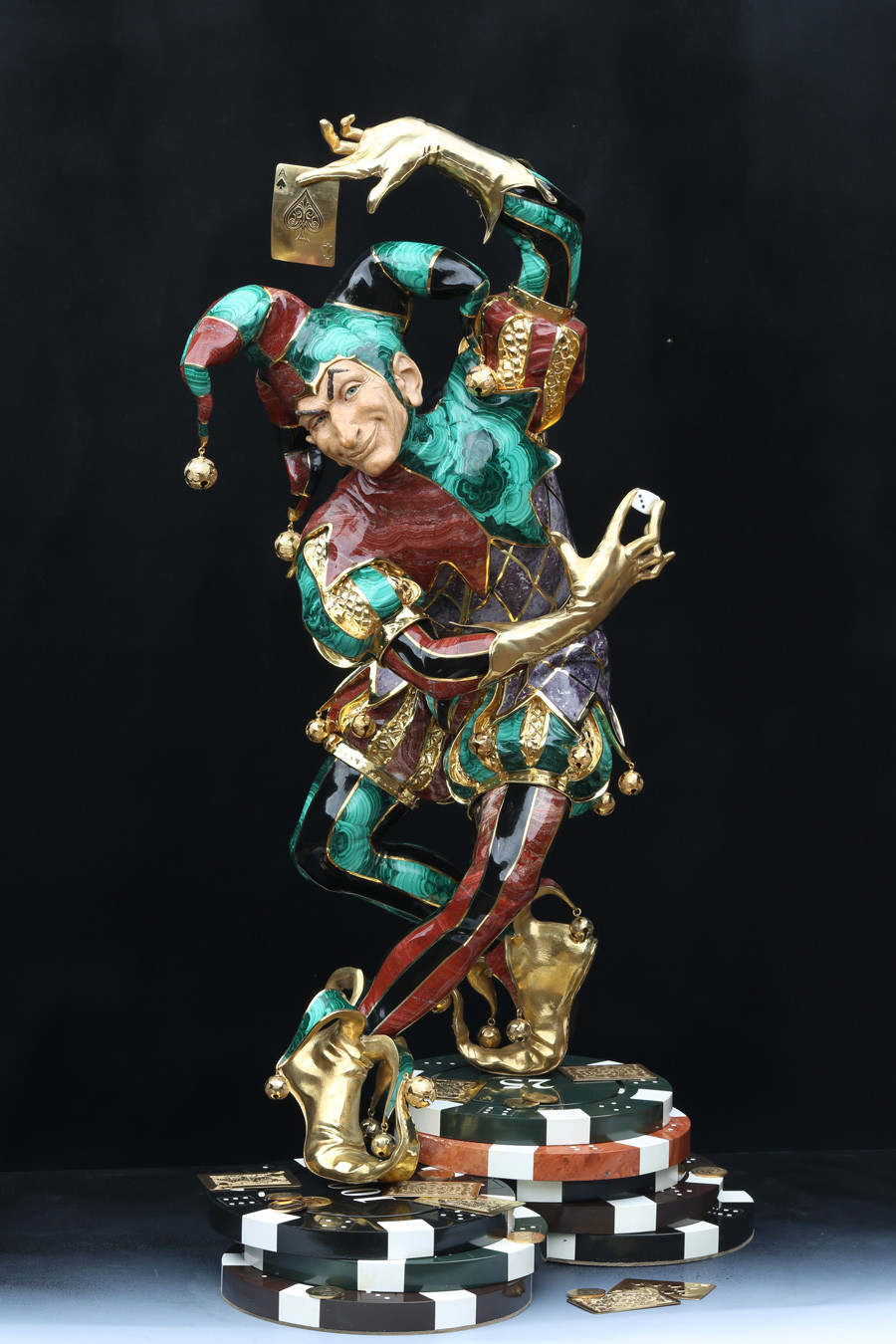 One figure uses just a hundredth part of a precious or semiprecious stone stored in the workshop's huge warehouse. A 100-150 kg slab may contain just one speck that works to highlight a certain detail, such as a scar on Koschei's face or the saggy skin of an old person on Baba Yaga’s legs. 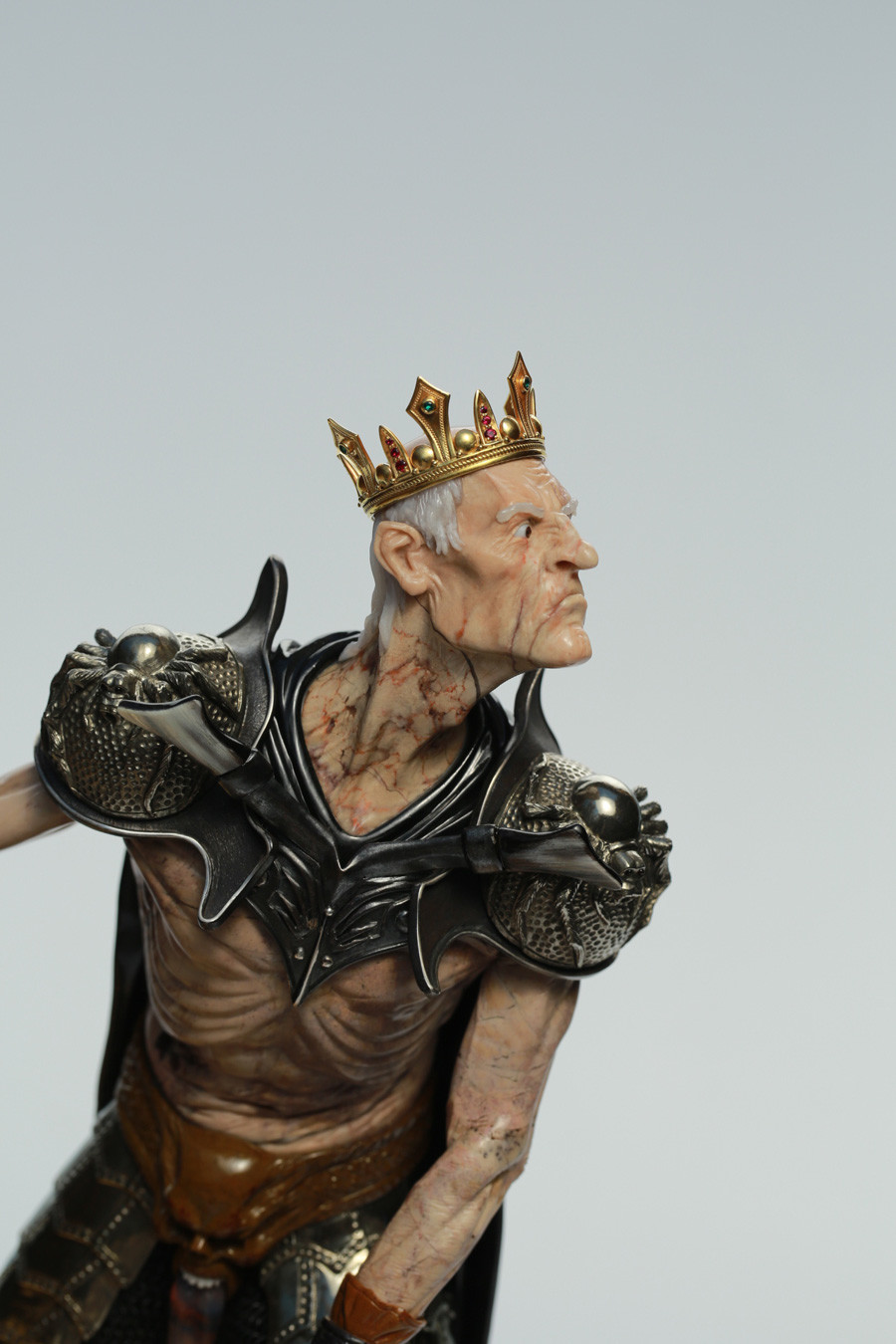 Each part is drilled through and mounted on a metal pin, which is later used to attach it to the rest of the composition. Once the composition is assembled, it goes to a jeweler, who creates elements from precious metals. For example, if you look closely, you will see that in Koschei’s chest there are copies of modern coins from 30 countries of the world. 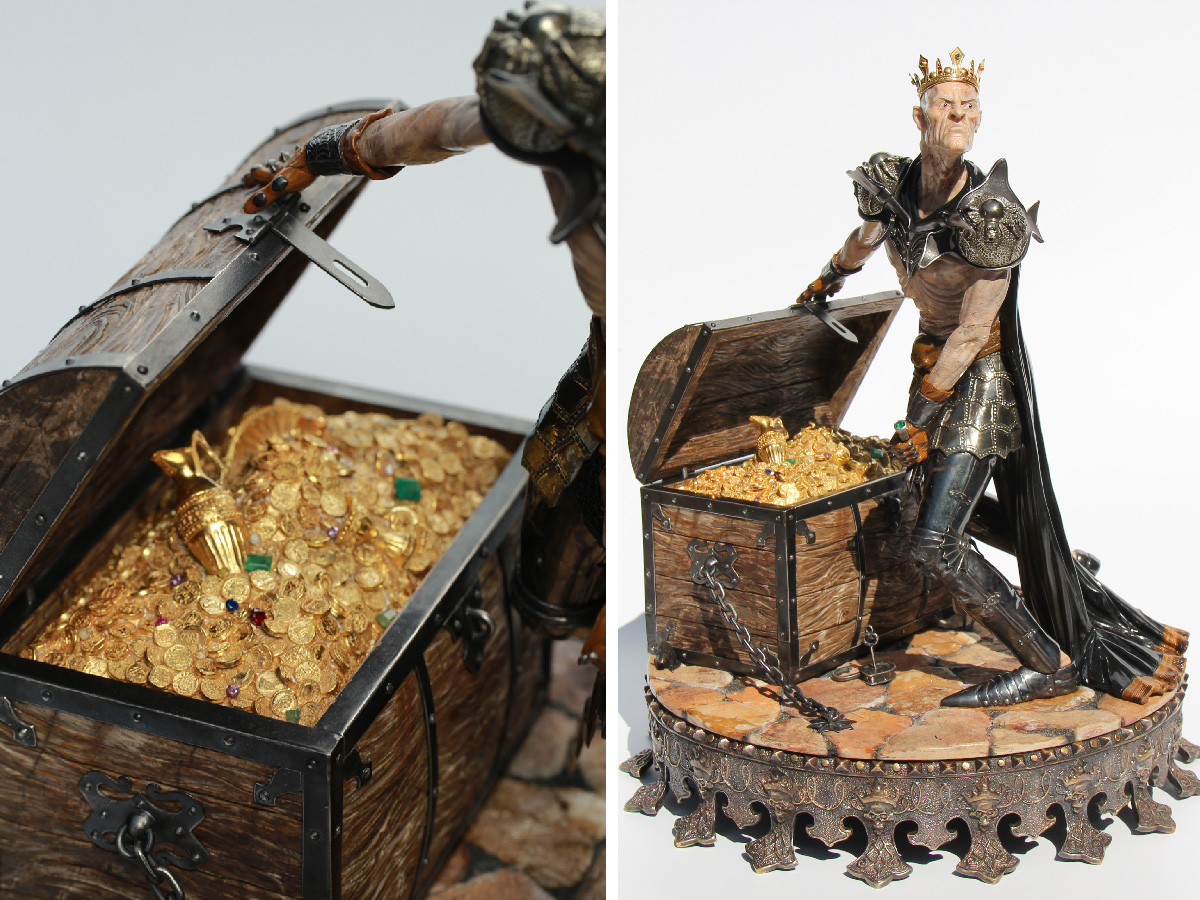 Depending on its size, each figurine takes from two to three years to create. 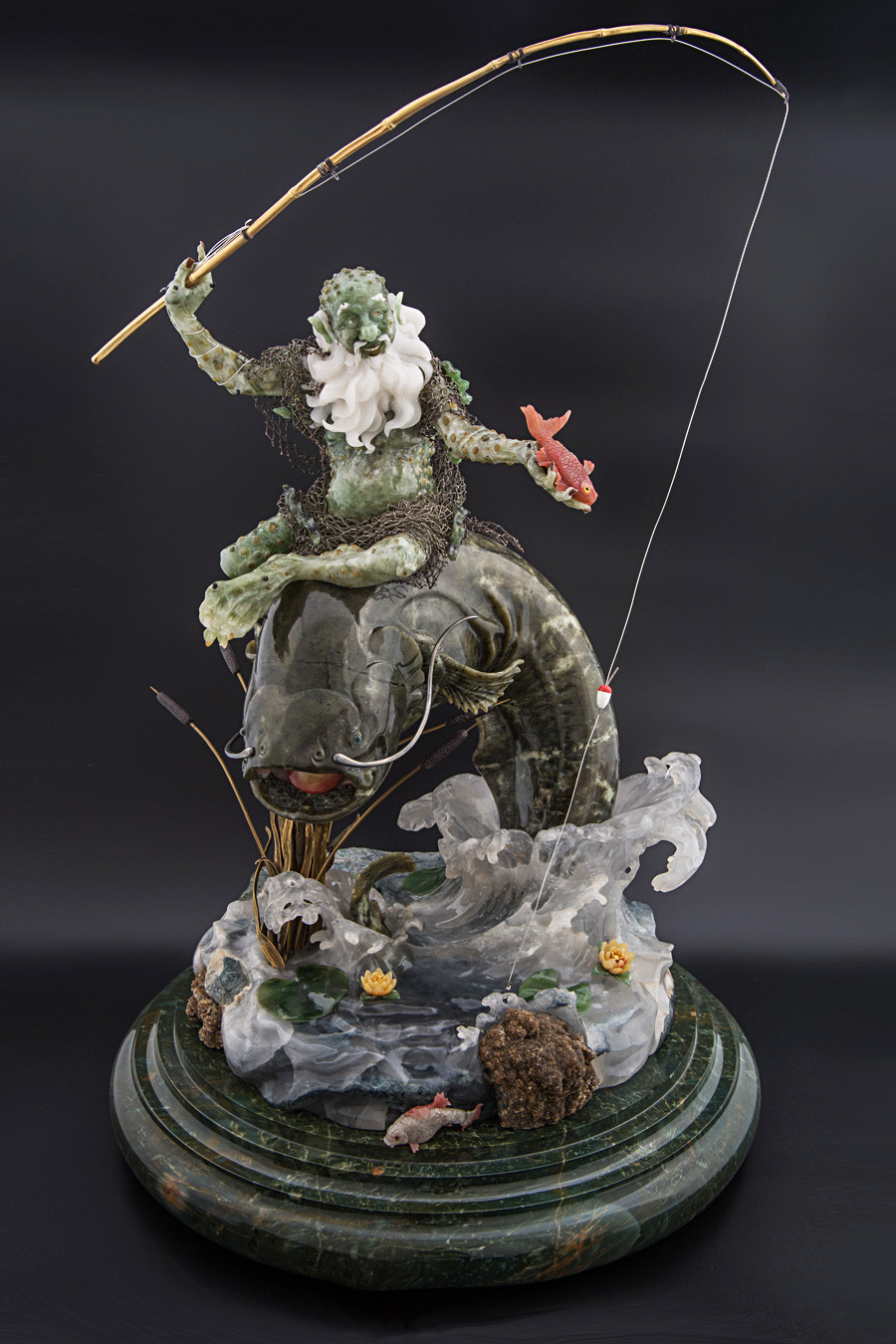 The smallest sculptures are about 23 cm tall. They start out at $20,000. Mid-size figures, weighing 15-20 kg and about 30 cm tall, are priced at $100,000. The largest sculptures, which can be up to a meter in height and 100 kg in weight, can cost up to a million dollars. Among the large sculptures created by the workshop there have been not only fairy tale characters, but also real historical figures such as Genghis Khan and Tamerlane. 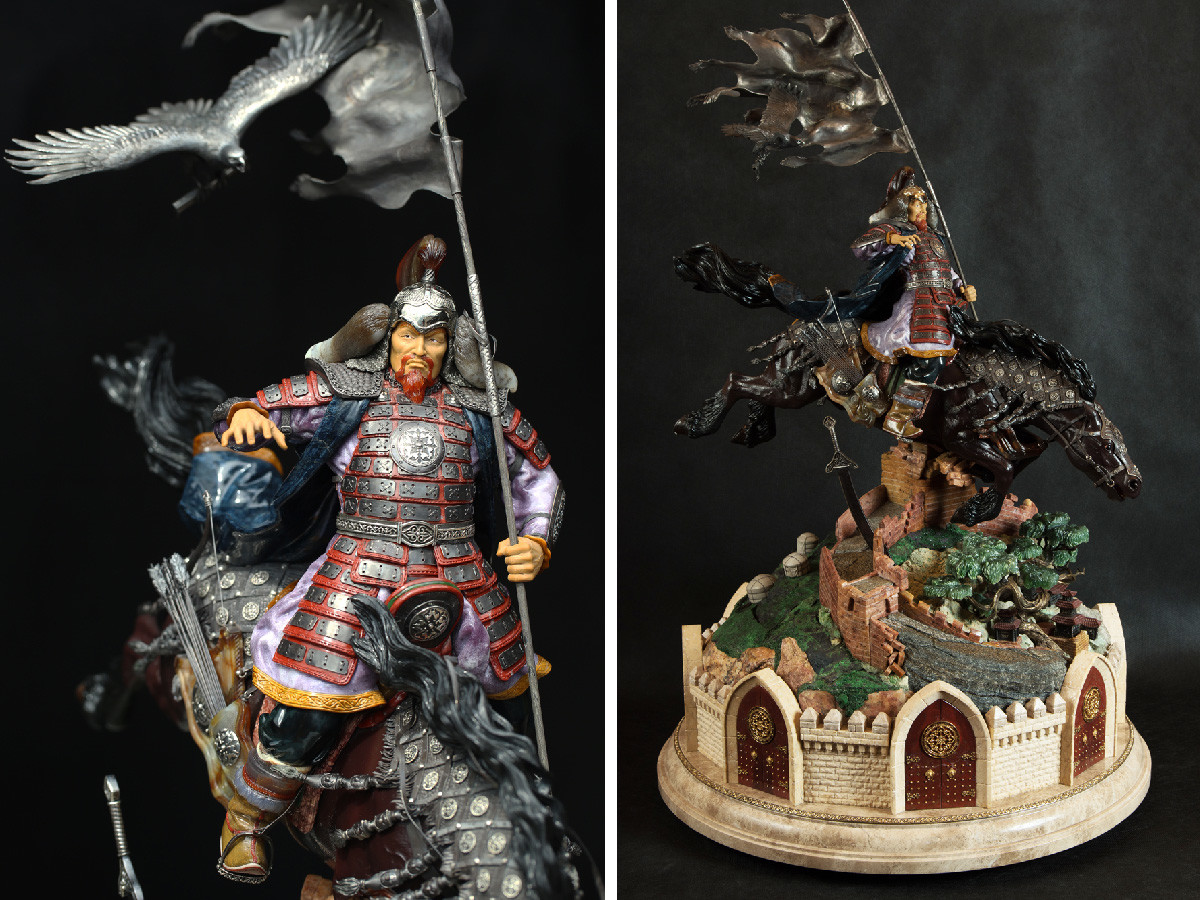 Stone does not allow a cutter to make the same thing twice – just as in nature there are no identical patterns, so it is impossible to make two exactly identical stone figures. Each work reflects the author’s imagination and interpretation of the character they have depicted. 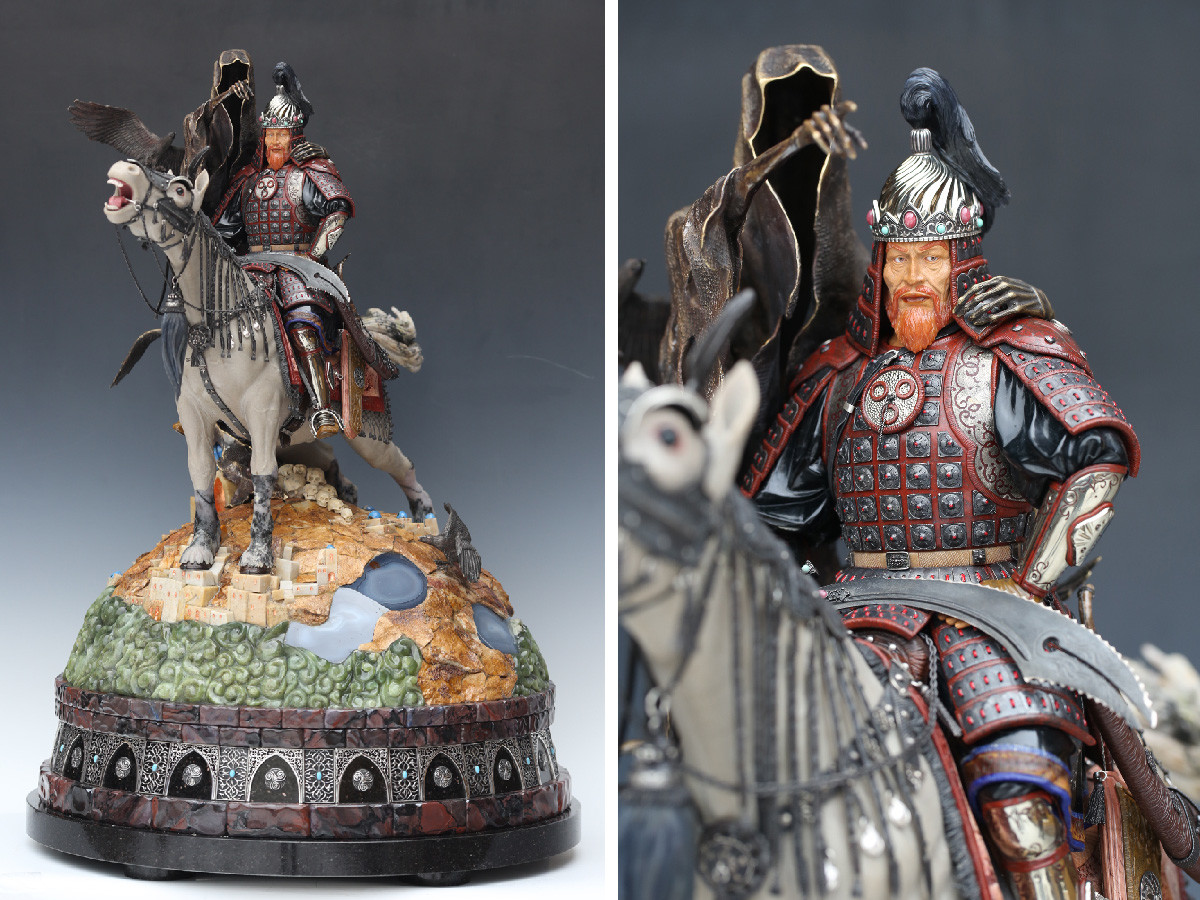 “An artistic interpretation of any character is a great responsibility because the art of a stonecutter is eternal and our works will be sitting on museum or collectors' shelves in 200 years' time,” Antonov says. 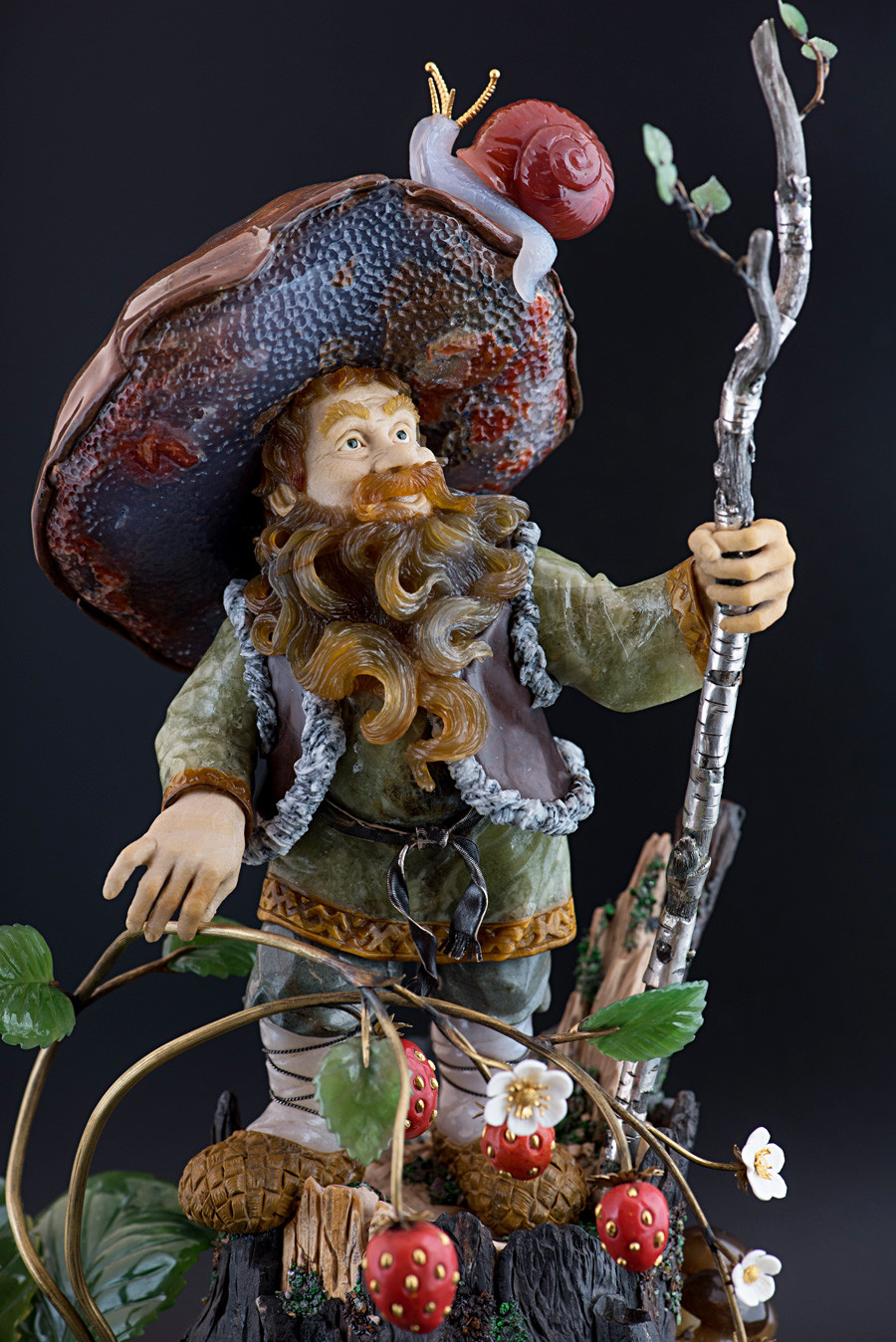