This Russian beauty does some pretty bizarre performance art 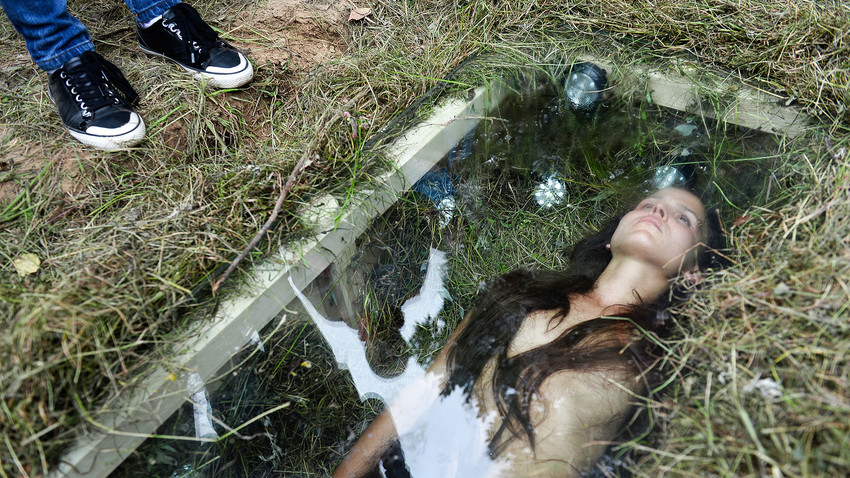 Sergei Karpov/TASS
With Third Wave Feminism's meteoric rise, we're not even sure we can call a woman "beautiful" anymore, but we'll risk it - because Olga Kroytor is both beautiful and capable of some pretty terrifying stunts!

Many people who are not familiar with contemporary art but who love series might recall a scene from Sex and the City: On her first date with Russian artist Aleksandr Petrovsky (starring Mikhail Baryshnikov), Carrie Bradshaw goes to an art gallery. A female performance artist, who refuses to eat and took a vow of silence, installed herself in the gallery window. The lovers decide to check whether the artist also keeps her vows late at night when the gallery is closed.

Those people who are even a little bit familiar with contemporary art have heard of Marina Abramović, the "queen of performance." Well, the 32-year-old Moscow artist Olga Kroytor is usually compared to Abramović, but she dismisses the suggestion: "I would not agree with Marina Abramović's standpoint because it is not something I share and because [performance] is not a show in which all spectators have to be involved." Kroytor also believes that her artistic language is more universal and understandable to the general public.

Here are the most memorable performances by Kroytor.

Have you ever tried to stand for several hours without moving even on a tree stump? Kroytor stood for two hours on a post that was four meters high and about 40 cm in diameter! Olga argues that only in this way, by climbing to the very top, can you find your "fulcrum", i.e. your place in life.

This is arguably her performance, and it earned her the Kandinsky Prize, an art award presented in Moscow every year. Kroytor repeated it several times, even in winter.

"The Fulcrum is a symbolic and at the same time quite a physical attempt to find a foothold in a reality where familiar values are changing and replaced by new reference points and paradigms," says curator Oxana Chvyakina. 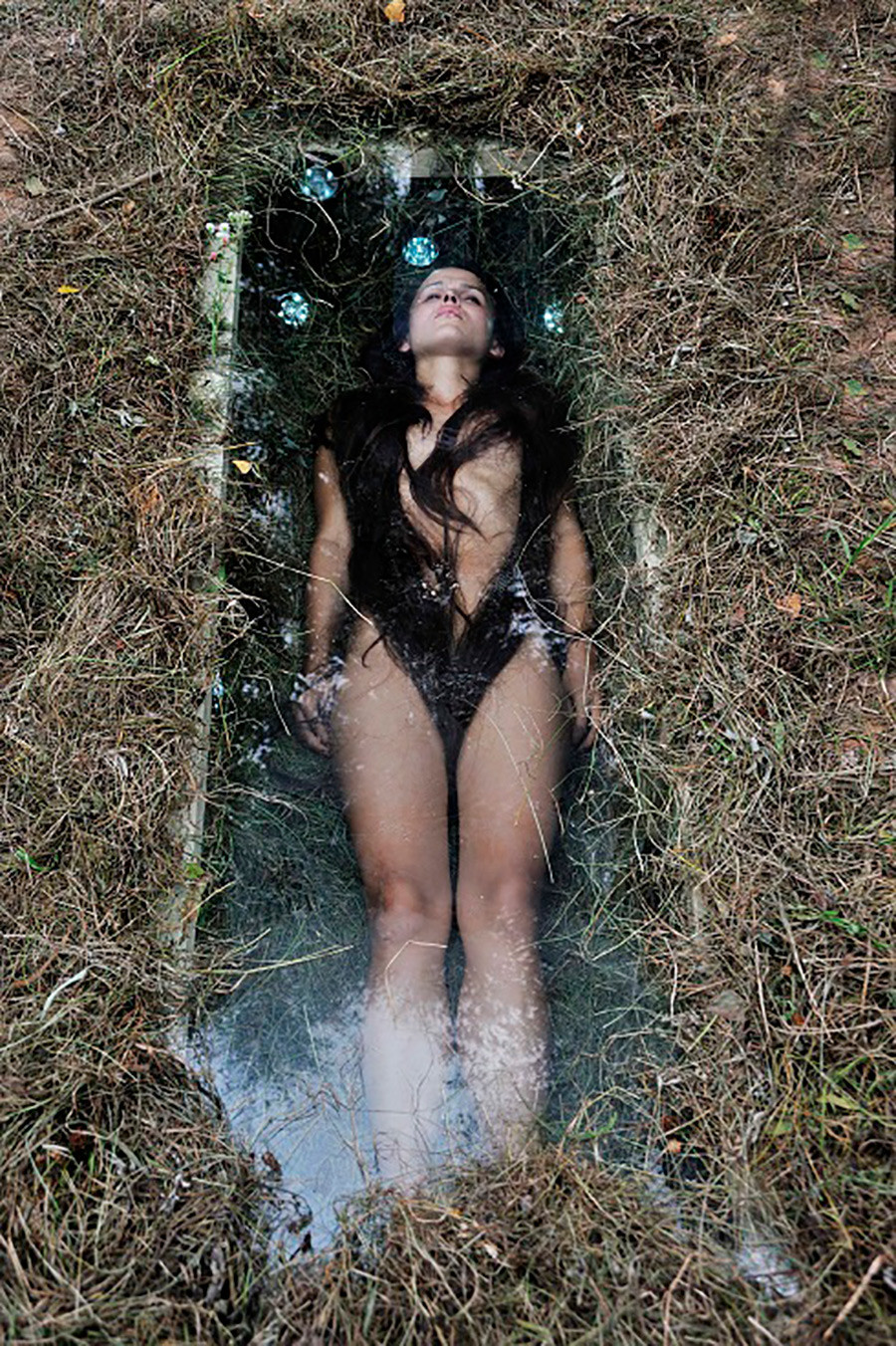 The artist lies down in a grass-lined grave with a glass lid. Naked and, like Botticelli's Venus, covered only by her hair, she allowed crowds of spectators to walk "over her" and subject her to their scrutiny.

"Any work of art is basically a naked artist telling the viewer all the most intimate details about him, and sometimes even what he is ashamed or afraid of…," Olya explains on her website.

The idea of this performance came to her during a visit to the Louvre. She felt sorry for the Mona Lisa: Every day thousands of people come to stare at her and take pictures. 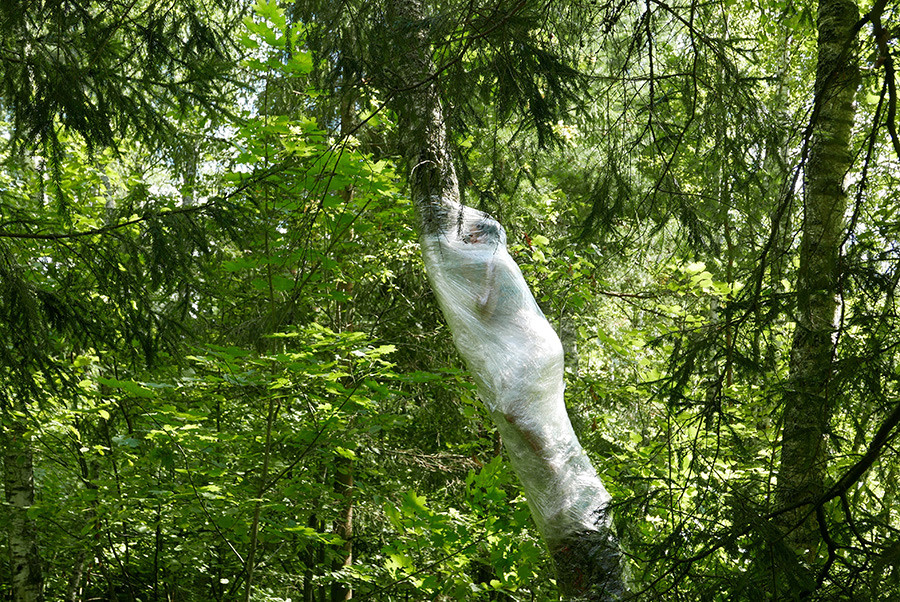 metaphor that forms the basis of this performance is clear enough: Every cocoon is destined to turn into a beautiful butterfly. But why would the artist, who is already beautiful, strap herself to a tree swaddled in a cocoon?

It turns out that there is another meaning. A cocoon is also a trap into which a beautiful butterfly can fall. It can simultaneously mean danger and to be a refuge, the expectation of a bright future and a death agony.

For nine days Olya washed the floor in an exhibition space using her own hair. She would choose a visitor and follow them with a bucket of water, wiping the floor with her wet hair in front of the exhibits that the visitor stopped at. This was the artist’s way of "absorbing into herself all the negative memories, clearing the karmic space, and soaking up like a sponge all the pain, suffering, resentment and anger."

For the this performance became a serious study of herself and other people. She identified several stages of behavior on the part of gallery goers: Fear, overcoming shame, habituation and then the impossibility of living without each other - people would return to see her at the gallery. 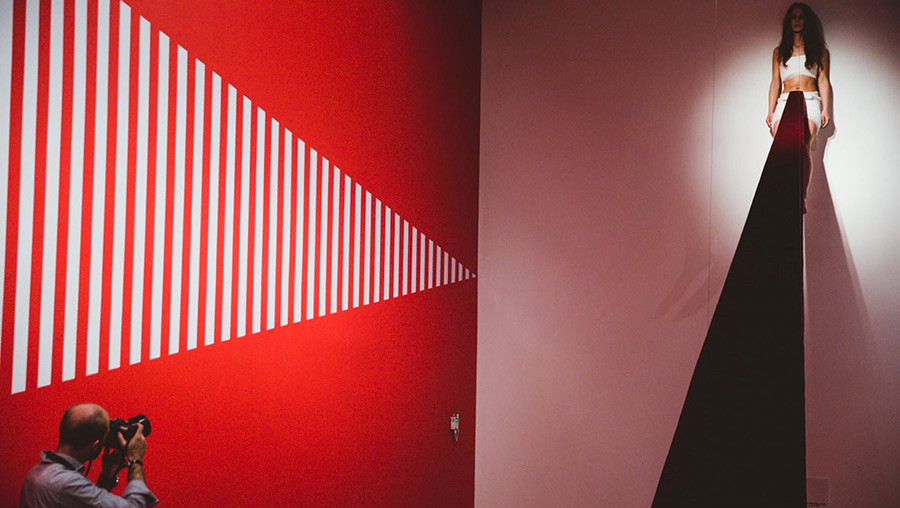 Loneliness is a recurrent theme in Kroytor's art. On a tall post, inside a grave, in a cocoon… "All my performances are about how I feel here and now," says the artist. The Isolation performance, which she staged at the Garage Museum of Contemporary Art, can be regarded as relating to the same theme.

Kroytor pinned herself to the wall with a wood beam covered by a red carpet - a symbol of blood and of certain major events that can literally transfix a person - i.e. the moment when you can't do anything and are trying to understand what is going on. Olya says that the performance was her response to the armed conflict in Ukraine.