Frederic Beigbeder: Russia is no longer a playground for oligarchs and models 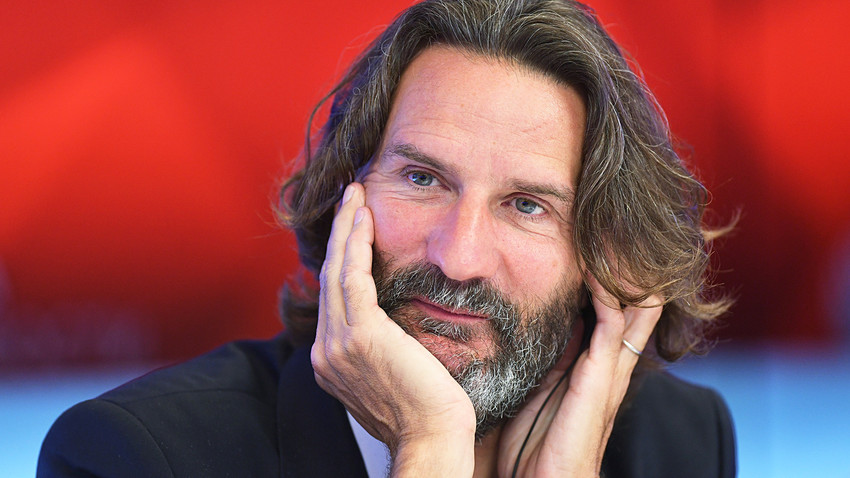 Vladimir Trefilov/Sputnik
The enfant-terrible of French literature, the scandalous author of 99 francs and Love lasts 3 years, Frederic Beigbeder is a frequent guest in Russia. He has even recently starred as the eccentric French editor in the Russian film, “Elephant”. We talked to him about why Russia is no longer a playground for oligarchs and models, how Russians have changed during the last 15 years, and why he’d prefer to die in St. Petersburg.

You tend to come to Russia very often, what’s the reason for that: the mentality of the people, beautiful Russian women, your super-active nightlife?

I remember the first time I came to Russia was right after publishing 99 francs, and suddenly there was this huge success and I went to places with people I did not know, and immediately there was no small talk; they were asking me very deep questions. Are you happy? Are you in love? Did your parents love you? This never happened to me in France. In our country, people ask these questions after many years of friendship.

So I asked myself, who are these people, the Russians? When they drink a few shots of vodka they really become very intimate. This is very Russian and I kind of like this, because I don't like to waste time on small talk 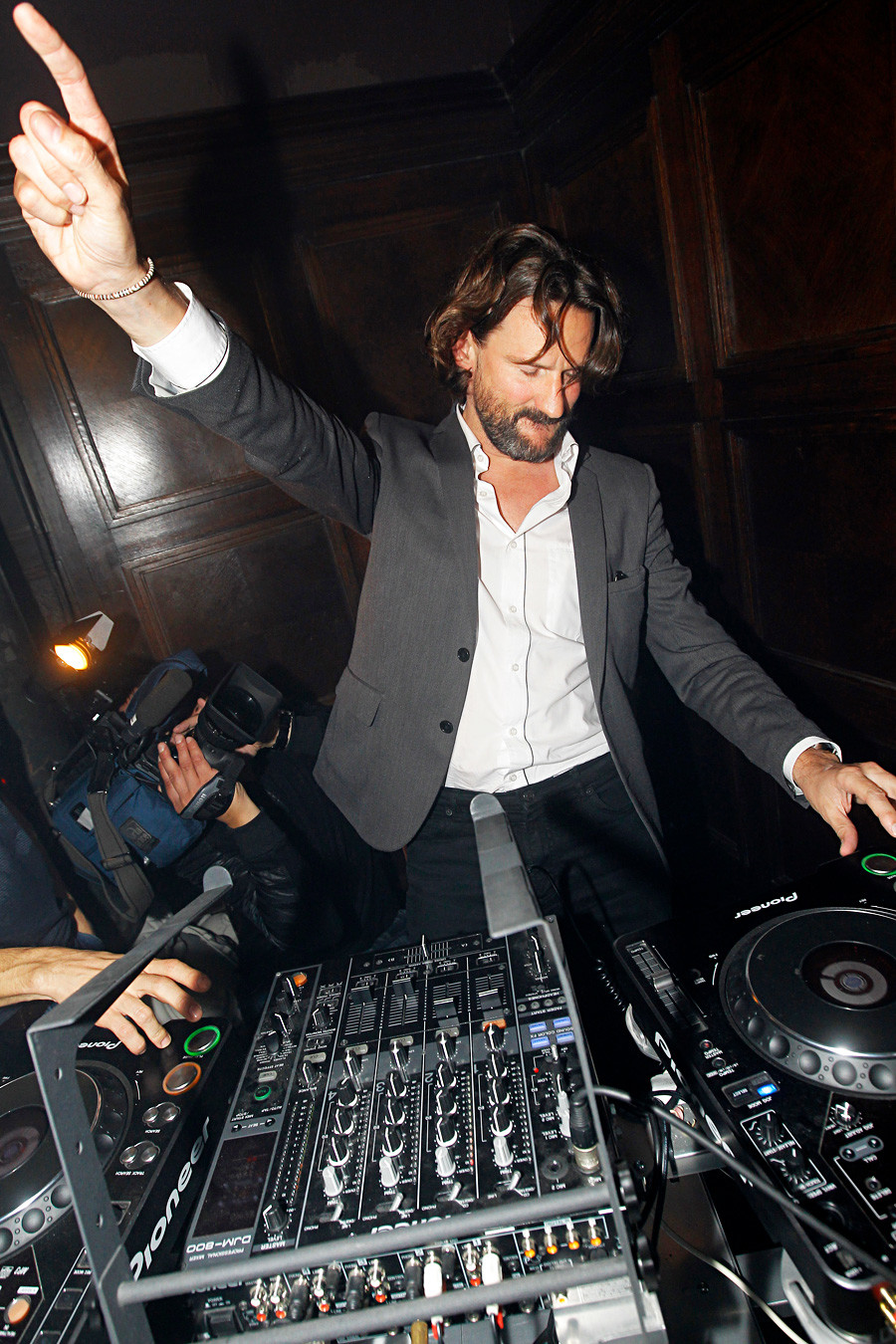 French writer Frederic Beigbeder playing his DJ-set at the Marusya restaurant in Moscow.

are totally the opposite. In America people pretend that you’re friends: “You’re amazing! You look gorgeous! Oh, it's so wonderful to see you!” But they never call you back and they never ask you important questions. You can see them many times, and they’re never interested in your parents or your love life; this struck me 20 years ago and that's why I tend to come to Russia so often.

If you were to make a list of modern Russian authors to be published in France, who would be on it?

They’re already translated, but I like them a lot: Victor Pelevin, Lyudmila Ulitskaya, Vladimir Sorokin, and Andrei Gelasimov. Their books are already sold [in France]. What I would love is to find new Russian writers!

My big problem with Russia is that I don't speak Russian. I think I could have a Russian Gérard Depardieu, but for it's absurd to have a Russian passport without speaking Russian. I need to take lessons and learn Russian, it's the next step

The action in your book, The Ideal, takes place in Russia. You also made a movie based on the book, showing Russian oligarchs who build water parks in their apartments. Do you really see Russia as a place for endless parties of models and oligarchs?

When I arrived here, at the beginning of the 2000s, it was not a cliché; it was really, truly like this! It was like an amusement park for adults in Moscow and St. Petersburg. It was crazy; it's not like this anymore. At that time, the sense of liberation from communism was still present, and it was amazing: you had casinos everywhere, you had huge nightclubs, it was a bit like in Shanghai nowadays. Yes, Shanghai is a bit like Moscow 20 years ago.

Of course, I was amazed by what I've seen; in it was boring, in it was boring, in New York it was finished. However, Moscow was the center of the world for all people who liked to party or even those who liked to be free. I was discovering this, and then writing The Ideal in those days. The Ideal is an old book, people who read it now might think: "Russia is not like this!"; but it used to be! I am glad I wrote this book because we can remember how it looked like 15 years ago

The Russian film, Elephant, which you’re presenting in Moscow, takes place in St. Petersburg. Which city do you prefer better, Moscow or St. Petersburg, and why?

It would break my heart to choose, but you know there is this famous saying: "You have to live in Moscow and die in St. Petersburg"? I'm old, and if I lived in Moscow, it would be bad for my health (due to the active nightlife). So I guess, the beauty of St. Petersburg, its canals, the Hermitage and this palace near St. Petersburg, Petergof - I love this - with the Baltic Sea, it's so beautiful!

I’d choose St. Petersburg in May. In this period, the White Nights take over the city, but they’re not actually white; they paint the skies with violet and rose colors! I enjoy it so much 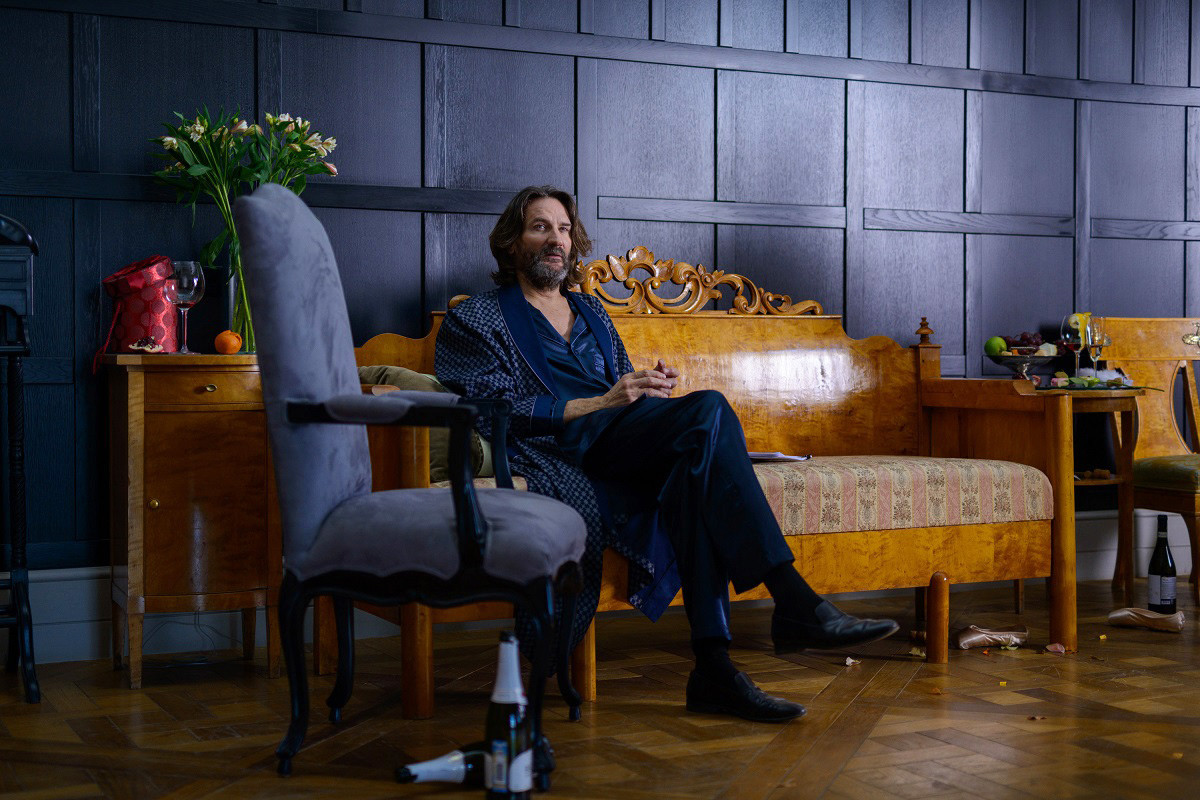 The scene from the "Elephant" movie.

made films and books about and observed our country a lot through the years. In your opinion, what are the main character traits of today's Russians?

The Russians have different values that we have probably lost in France. We lost them in 1968, and here, people are more religious, more family attached, there are more traditional values in Russia than in France, Spain or Germany. I don't know if it's better but it's interesting for me to see that! We are individuals in France or America; everybody is selfish; I'm not sure people in Russia are like this … yet!

So, you’ve said that 15 years ago Russia was like an endless party of oligarchs and models. How has society changed through the years?

For example, this weekend I was with [famous contemporary Russian writer and journalist] Sergey Minaev in the street. There were huge crowds of people, having drinks in the street, sitting with a glass of wine on the terrace. It did not exist 15 years ago, you never had that, nobody was on the street. People were inside houses, buildings clubs, or in their limousines, but they were not outside having a drink. Moscow has become more like Paris, and it’s great!

Sergey told me: "I've never seen Moscow like this, never!" Something good is happening, people are outside now!