Are these plot holes signs that ‘Friends’ were actually commies?

I'll be there for you, COMRADE!

NBC, Natalya Nosova
The legendary series just turned twenty-five – and we have proof that the six friends from Manhattan were a lot more Russian than you could have possibly imagined!

‘Friends’ became an instant classic basically straight from the moment the show went on air on Sept. 22, 1994. The entire world adored the story of six youngsters from New York City, which lasted for ten seasons and included marriages, divorces (yes, Ross, they all were yours), births and deaths – and thousands of jokes.

Here in Russia, we love ‘Friends’ too – while the show ended in 2004, it remains the second most popular series on Russian website Kinopoisk, right after ‘Game of Thrones’ (according to users’ assessment). Why so? The answer is simple – in fact, all six main characters (Rachel, Monica, Phoebe, Joey, Chandler and Ross), were obviously Russian spies pretending to be American for some complicated reasons that, unfortunately, remain undisclosed. Nevertheless, the showrunners gave us some hints that let anyone with eyes see – they are more Russian than the Kremlin itself!

1. They had Soviet posters hanging on walls all the time! 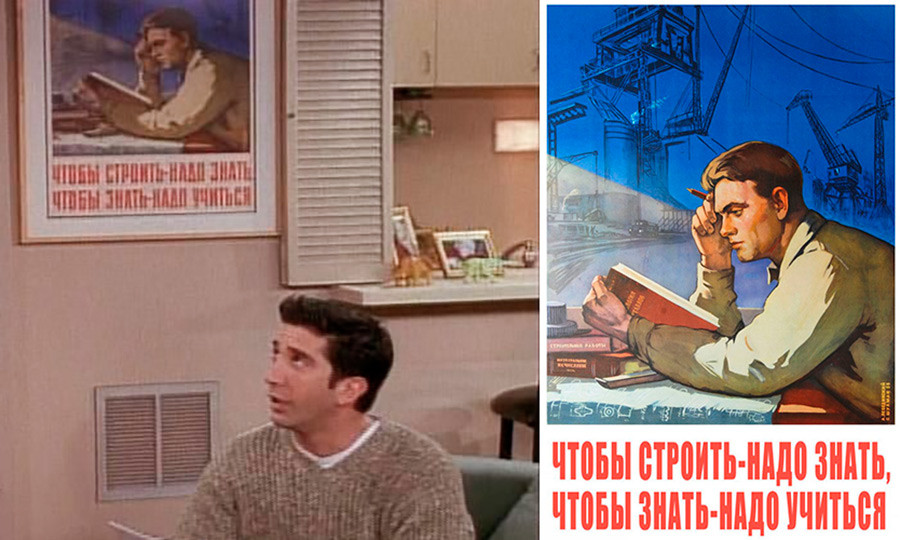 Ross and his Soviet lust for knowledge...

Okay, let’s start with the most evident fact. Why else would you have Soviet posters in your apartment if you’re not Russian? Three out of six (!) friends decorated their apartments with posters in Russian.

Turns out, Ross enjoys a real Soviet propaganda piece of art. His poster reads: “In order to build, one must know, in order to know, one must learn!” Sounds incredibly relatable for the smart guy Ross Geller is, but also as Soviet as a hammer and sickle! Like Chandler would ask, could Ross BE any more of a Russian spy?

Joey and Chandler have a “Boxing Kangaroo” poster from the 1920s Soviet circus in their apartment – to be more precise, it seems to be Joey’s, as it remains on the wall after Chandler moves out.

And for some reason, Monica had a poster from the 1980s Olympics in Moscow in her room! Hooked on Houses magazine described this phenomenon as follows: “When it came to Monica’s apartment, [set designer Greg] Grande wanted to develop “a whole new kind of eclectic taste, with a flea-market, whimsical, and anything-goes style.” Whatever. Monica obviously is a Russian spy, just like her brother, Ross!

2. They had an actual Russian-speaking person in the series 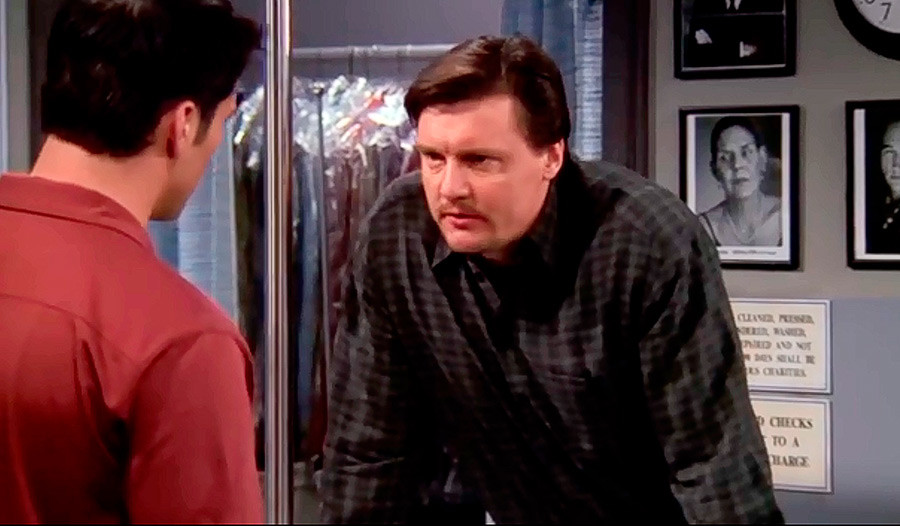 In season 6, episode 22 (‘The One Where Paul’s the Man’) those Russian spies blew their cover again. In this episode, Joey, after becoming a lead in the TV series, goes to a dry cleaner’s and tries to persuade its Russian owner to put his picture on the wall next to other celebrities. But the grim Russian man is not impressed, especially after watching the show: “It was very offensive to my people! – Dry cleaners? – Russians! It showed them as terrorists and villains!”

Later, Joey accidentally hits on the Russian guy’s wife and he gets extremely mad, shouting at Joey: “Get out of here, you jerk! Or I will kick your ass now! Get out!” – in perfect Russian! And believe me, it’s not common to hear a real Russian actor pronouncing Russian words how they actually sound on an American show, instead of some horrible pseudo-Eastern-European-accent mumbling. It wasn’t common in the 1990s (and it’s not common now).

So, the showrunners cameoed a Russian in ‘Friends’ – another obvious hint. This ‘dry-cleaner’ guy might as well have been wearing shoulder boards of a KGB general!

3. They tried to mask their Russian origins by making the stupidest mistake 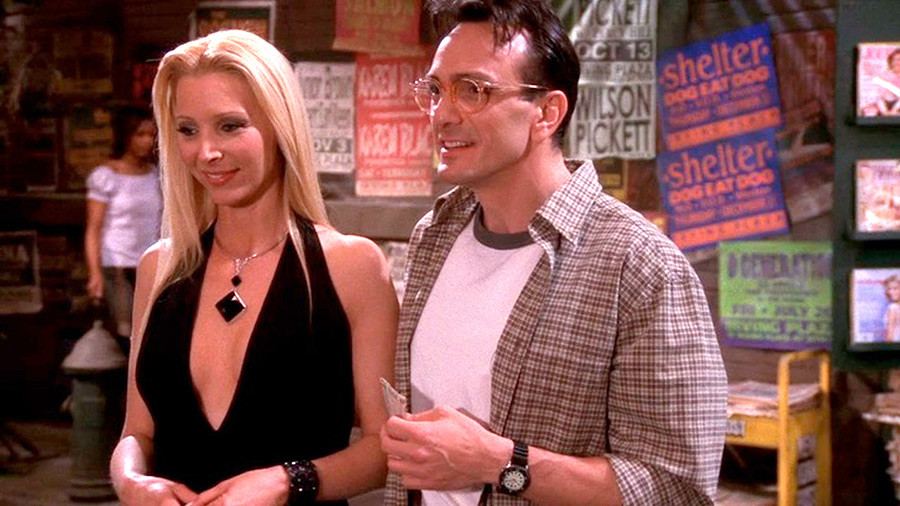 David spent the whole series in Belarus thinking it was Russia.

Of course, such evident facts of Russian connection would have led to some troubles, hadn’t the cunning showrunners sent the audience in the wrong direction. In order to hide how Russian ‘Friends’ really were, they introduced a line with Phoebe’s scientist boyfriend, David, who has to leave her and go to the “Russian” city of Minsk.

That mistake alone has made several generations of post-Soviet audiences of ‘Friends’ face-palm themselves: Minsk is not in Russia. It’s the capital of Belarus, another post-Soviet state. It’s still unclear whether or not the plot writers made an honest mistake (it was the early 1990s, after all, and the USSR had just recently fallen apart) or it was an intentional joke... or, as we already suggested, an attempt to mask their deep connection with Russia!

By the way, when David comes back to visit Phoebe in season 7, he “accidentally” mentions one of the key figures of the communist movement: “There’s a statue in Minsk that reminds me of you so much… It’s actually of Lenin but, you know, in certain angles…” It’s clear that, in fact, he was an agent who just returned with some directive from the Center for the six spies to continue their dastardly evil communist plan!

In case you're wondering – no, you don't need to take this text too seriously (in fact if you did, there is something wrong with you), consider it our way to congratulate the great show with its 25th anniversary.