Moscow State Exhibition Hall ‘Manege’/russiainphoto.ru
Vadim Sidur's art was too audacious for conservative socialist realism. Today, however, his art works can be found all over Germany. Nevertheless, he is little known in Russia.

The most famous sculpture by Vadim Sidur (1924-1986) is “Wounded”, which conceptualizes  the artist himself - an invalid of World War II. He was 18 years old when he was conscripted and sent to the front. In 1944, a German sniper's bullet crushed his jaw and smashed half of his face. 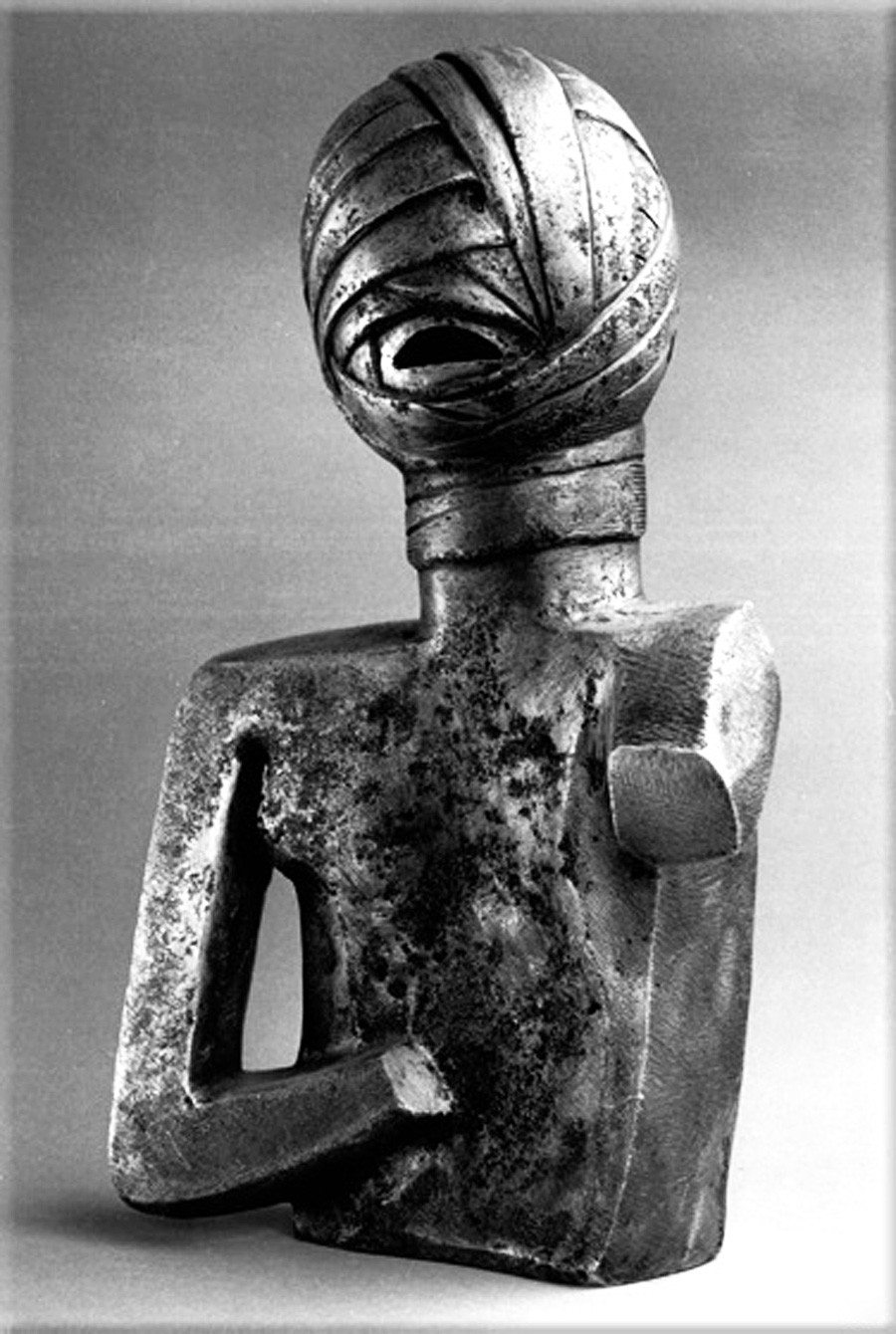 Miraculously, he survived, but the horrors of war were deeply imprinted on his face, and all his life he wore a beard to hide traces of his injury. In order to free himself from those terrible memories, Sidur began to channel them into his art. 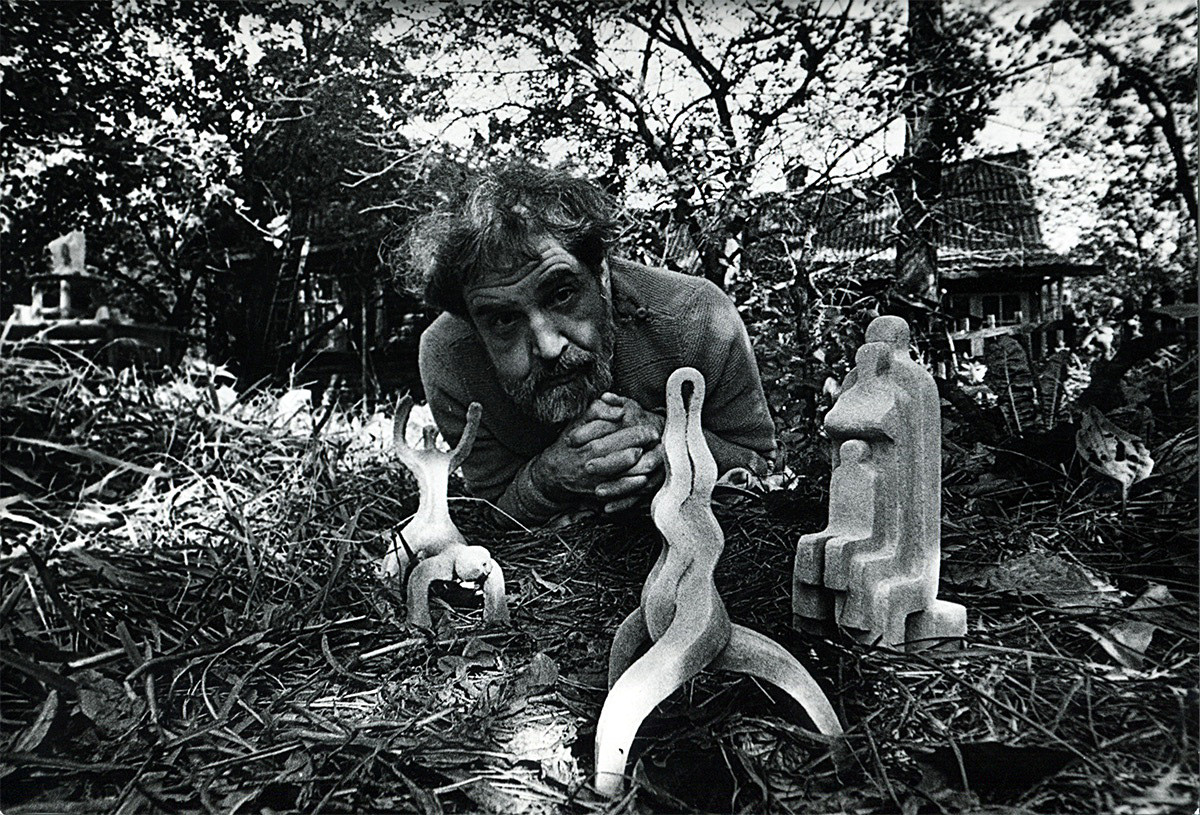 The theme of disabled people and suffering is integral to his sculptures, graphics and painted ceramic plates. Legless and armless, Sidur's veterans embrace their loved ones and are dancing. 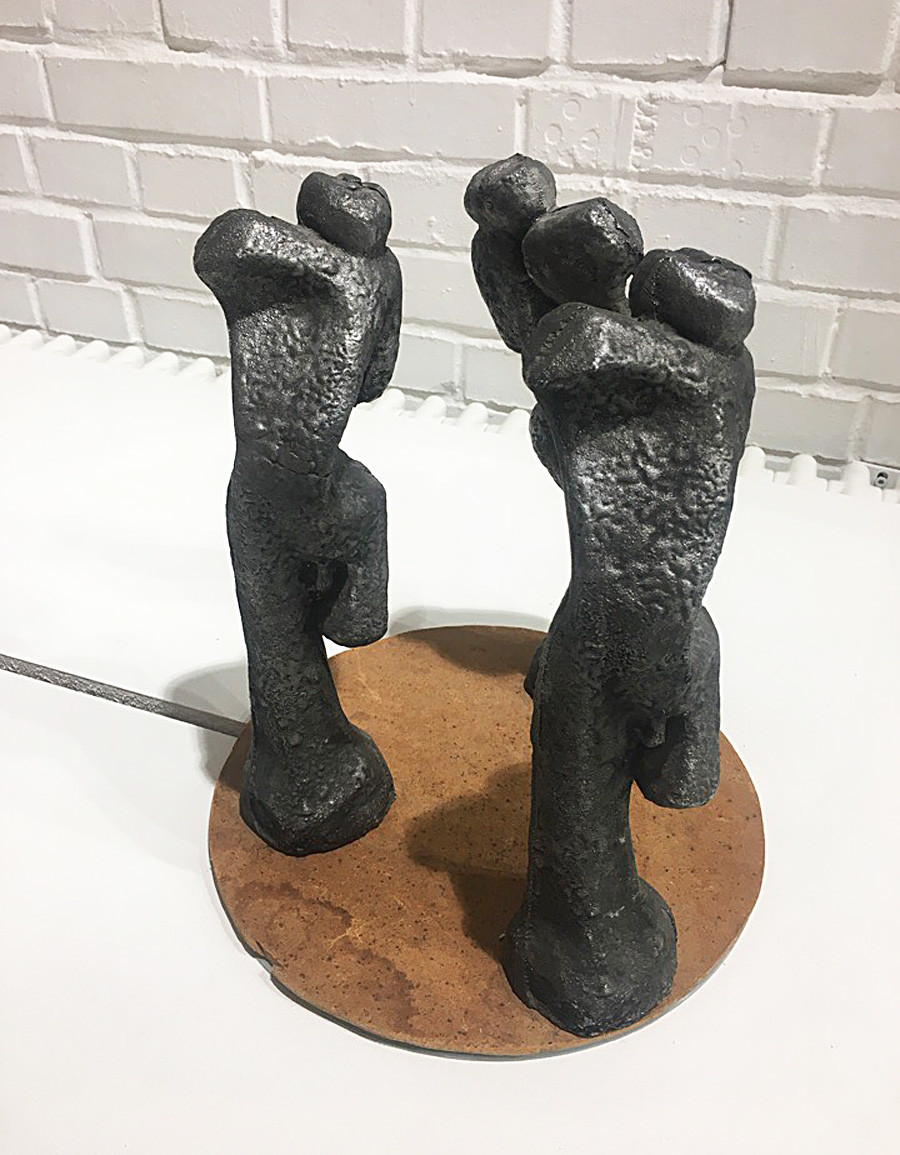 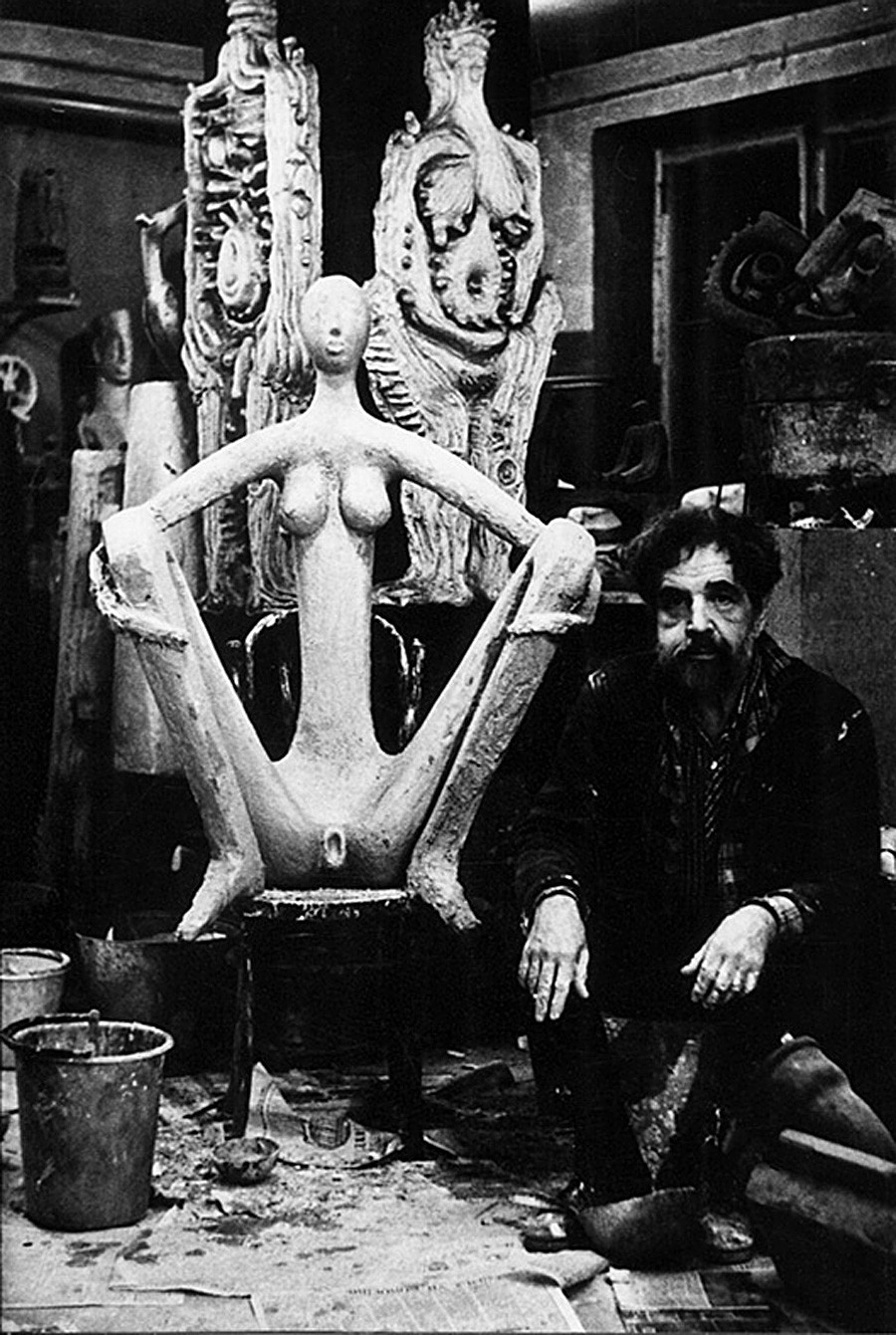 Sidur in his studio and “Venus on a Viennese Chair”

Sidur devoted most of his adult life to depicting the dead and injured in various wars, and all his sculptures are imbued with incredible sorrow. Many of Sidur's small-sized models were eventually realized as anti-war monuments in Germany. 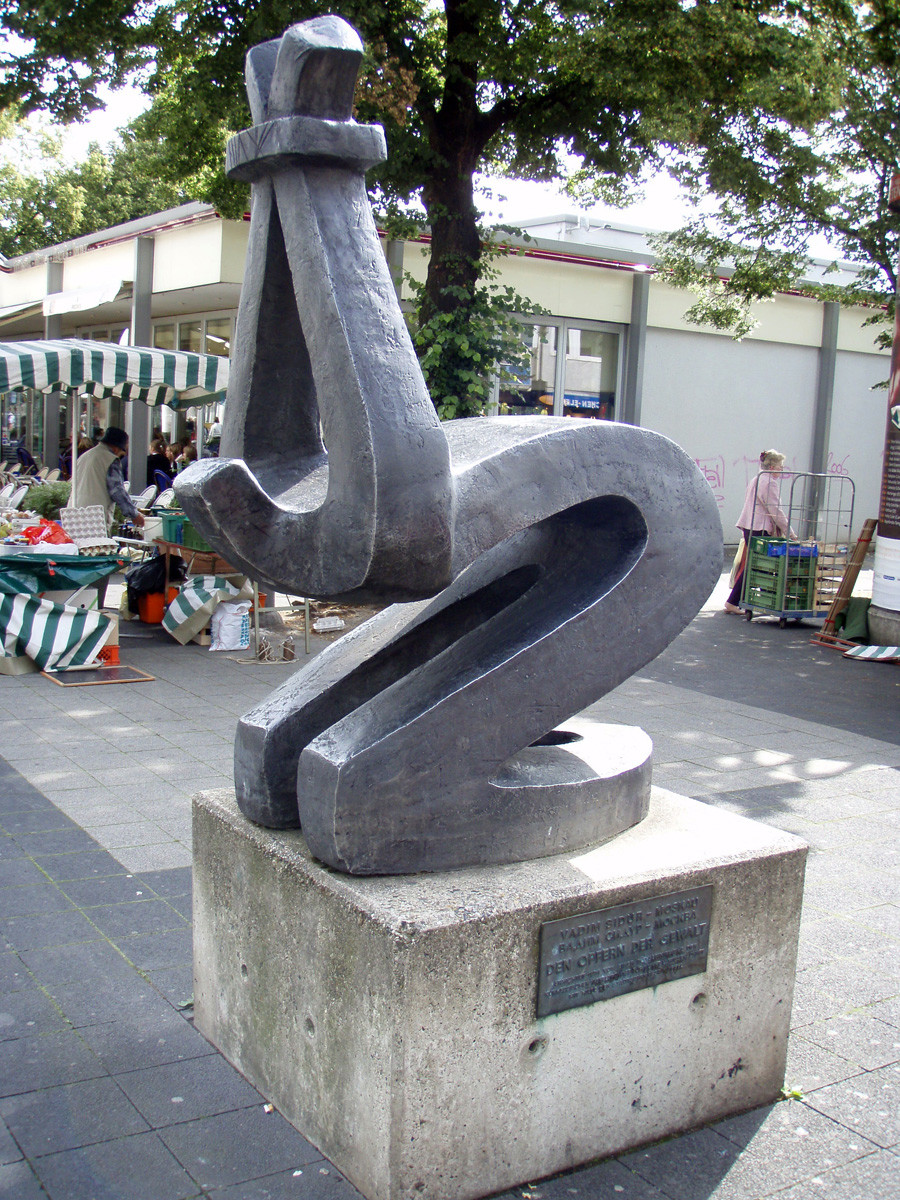 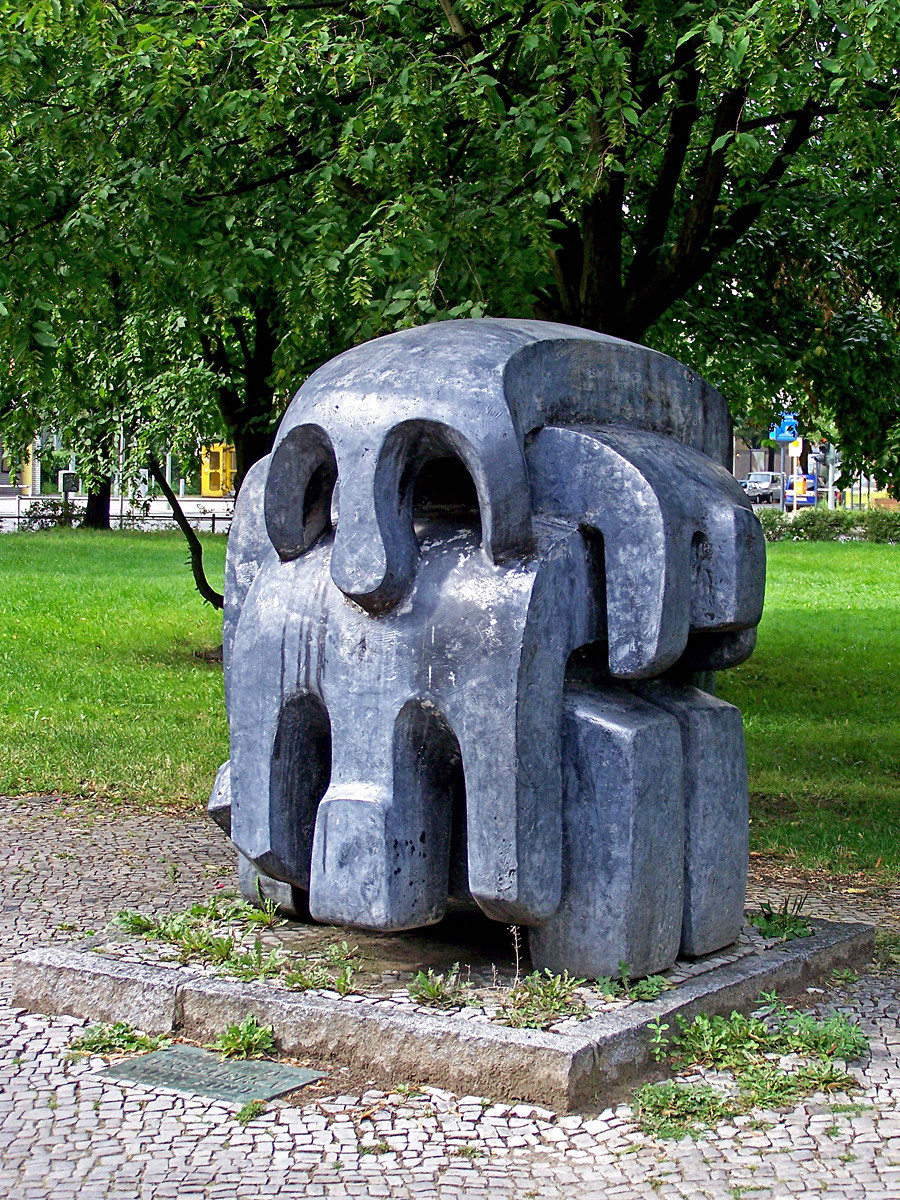 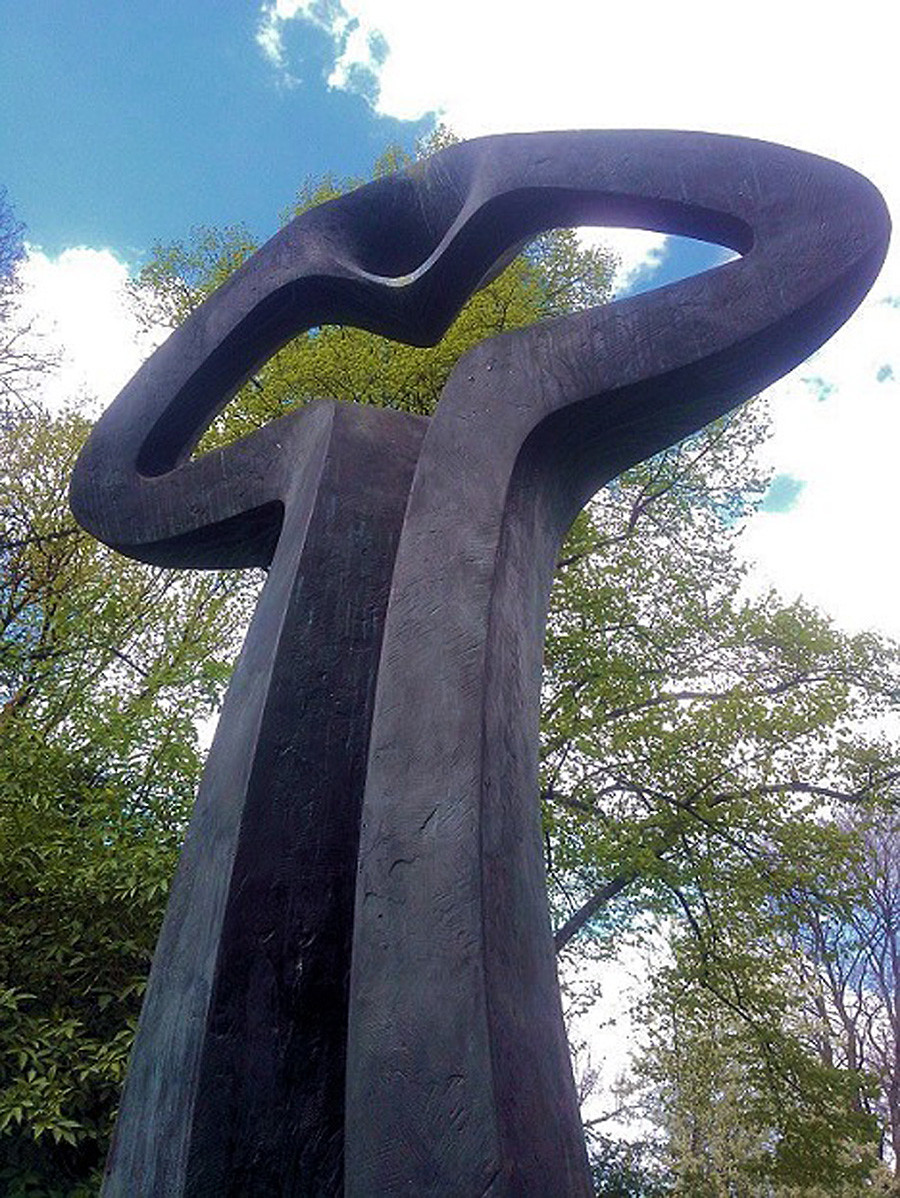 The sculptor owes his popularity in Germany primarily to the Slavic scholar Karl Eimermacher, who admired his work, and who organized Sidur's first exhibitions outside of the USSR.

“Hundreds, thousands, millions of people died from violence. Bullets, gallows, bombs, gas chambers, concentration camps, torture, the death penalty - the list is endless. It would seem that someday it should stop! But humanity, as if stripped of reason, does not learn from anything," Sidur said in an interview with Eimermacher. 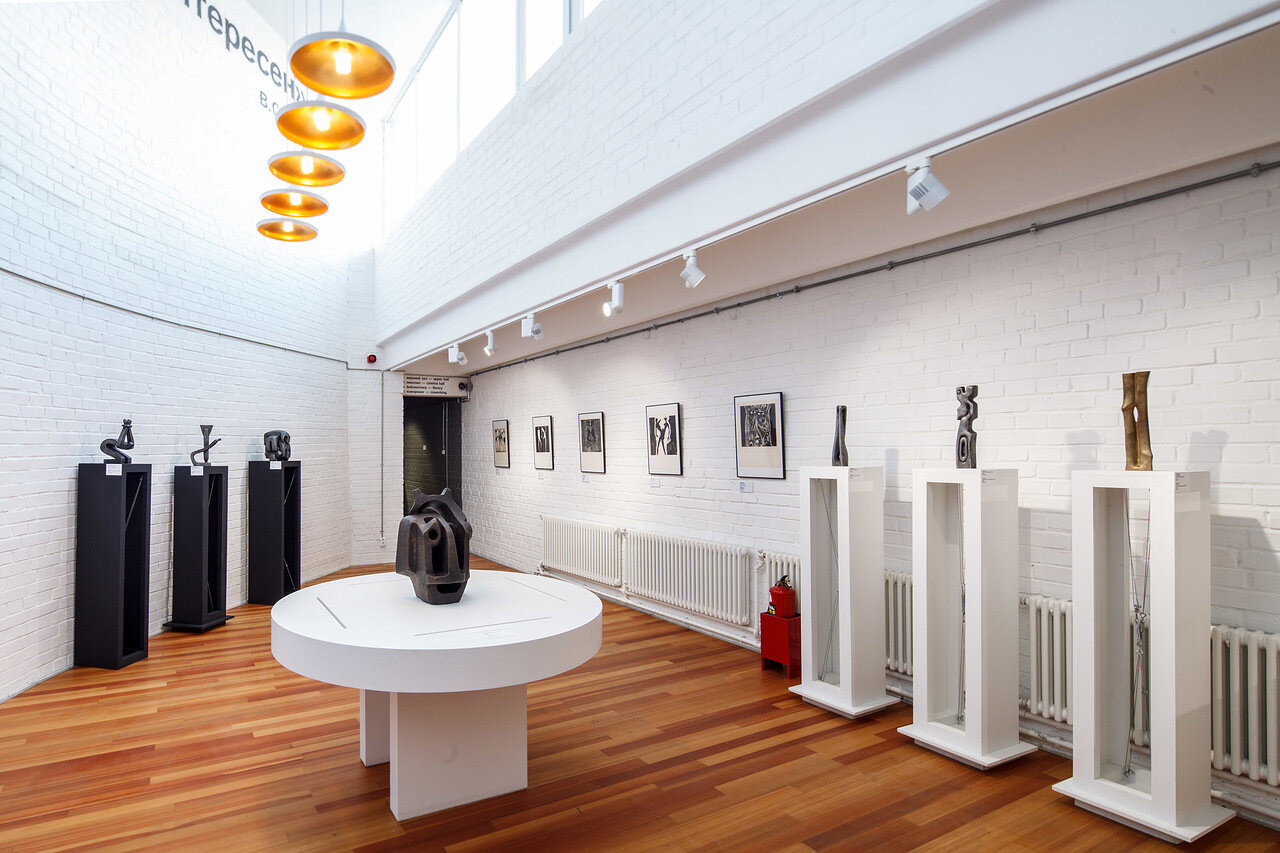 In 1962, Secretary General Khrushchev expressed extreme displeasure with an exhibition of contemporary art in Moscow, and this set the official trend against any hint at abstract art. Only something understandable (and patriotic) could be depicted in paintings and sculptures.

In the USSR, Sidur’s art was not appreciated: his sculptures were too avant-garde, as well as  lacking in heroism. His art showed people's suffering and weakness, not victorious feats. Then, his popularity abroad made things worse, and soon Sidur became a person of interest for the security services.

He was threatened with expulsion from the Union of Artists of the USSR. For a sculptor in the Soviet era this meant that he would be stripped of his workshop and would be unable to engage in his creative work professionally. 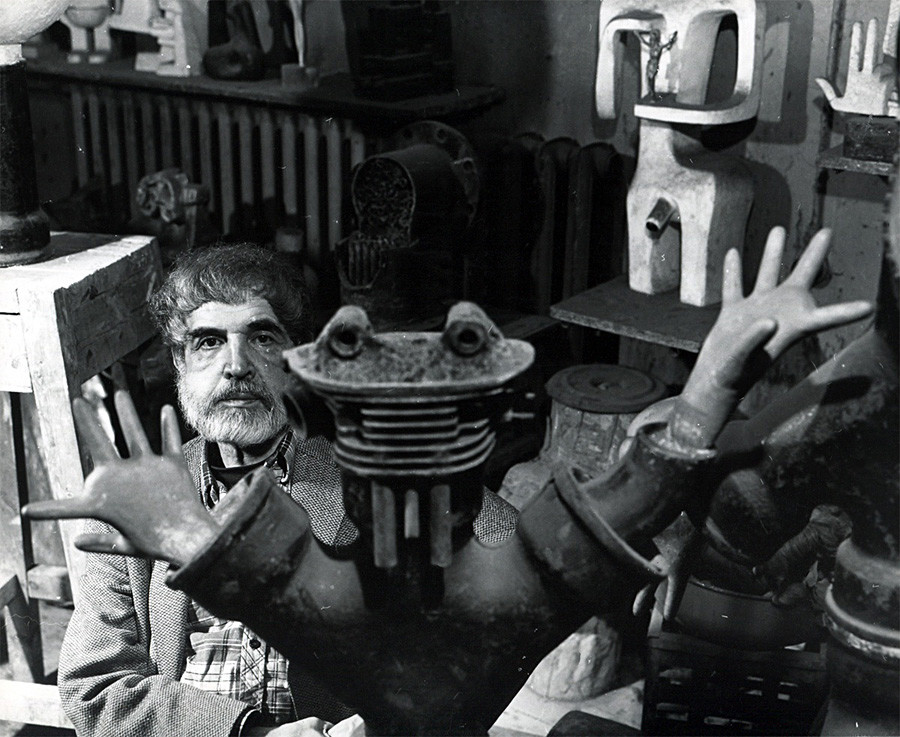 So, Sidur went underground, making a living by designing tombstones.

Yet, he did not stop caring about the fate of mankind. In the 1970s, he began to roam the forests and collect discarded metal. He said he was clearing the forests, saving them from unreasonable humans. That garbage soon became material for his artistic work. 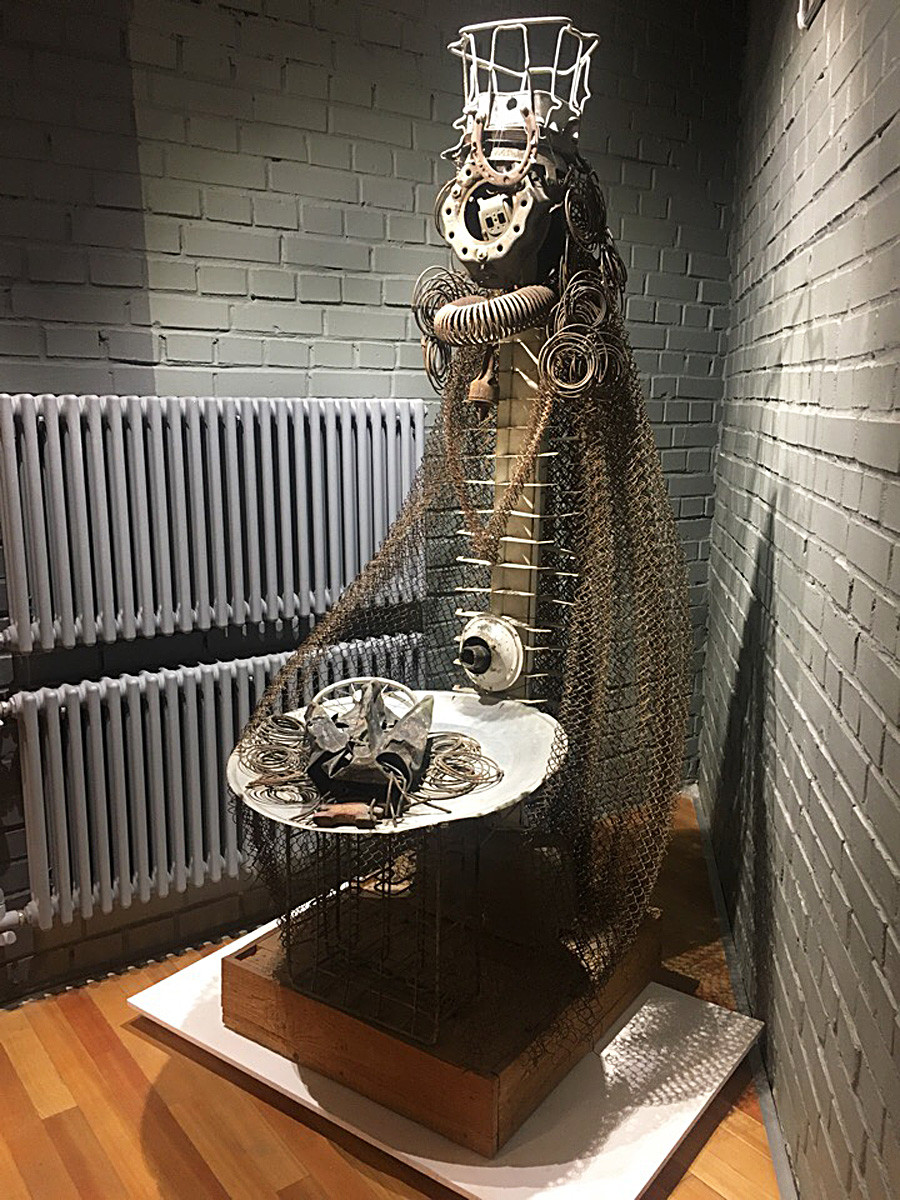 Vadim Sidur Museum, Salome with the Head of John the Baptist

“When walking in a forest I cannot walk past any [garbage dump],

That I found numerous objects

My attitude to the world.” 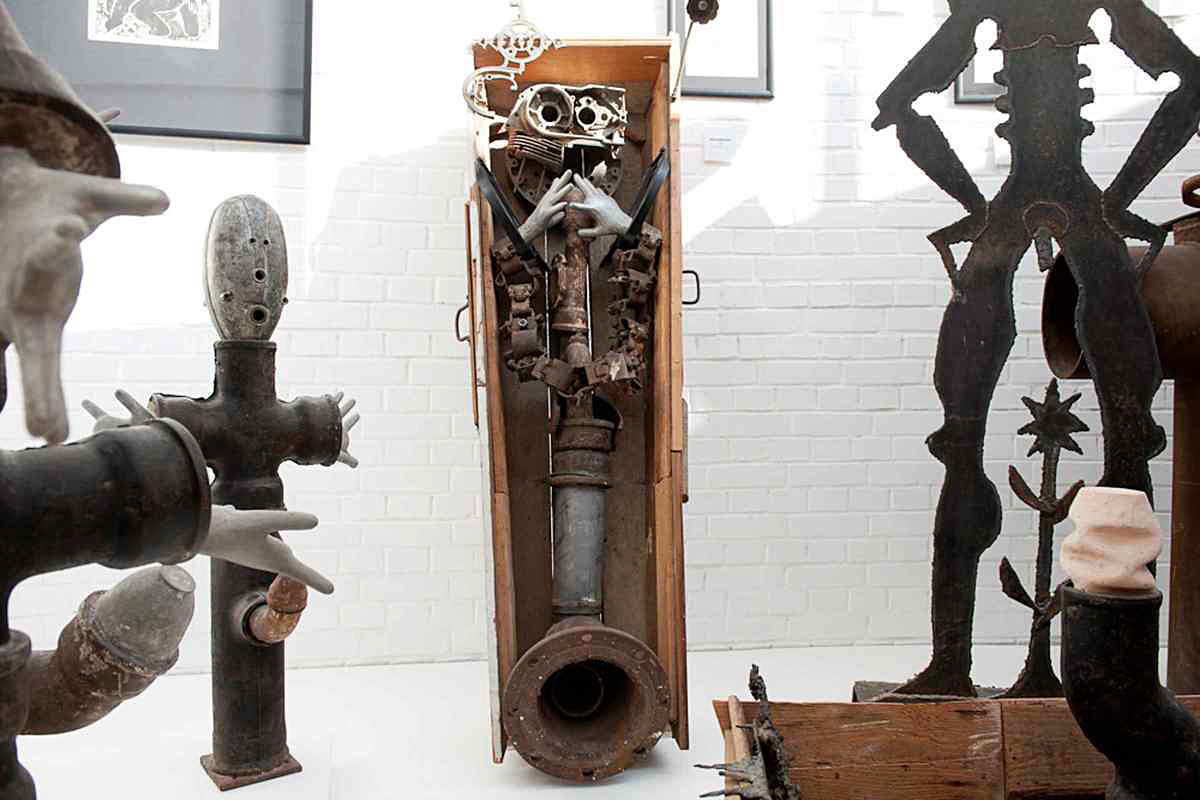 Only after Perestroika did Sidur's sculptures gain public notoriety in Russia. In 1991, after his death, a monument to Jews killed in World War II was erected near St. Petersburg. 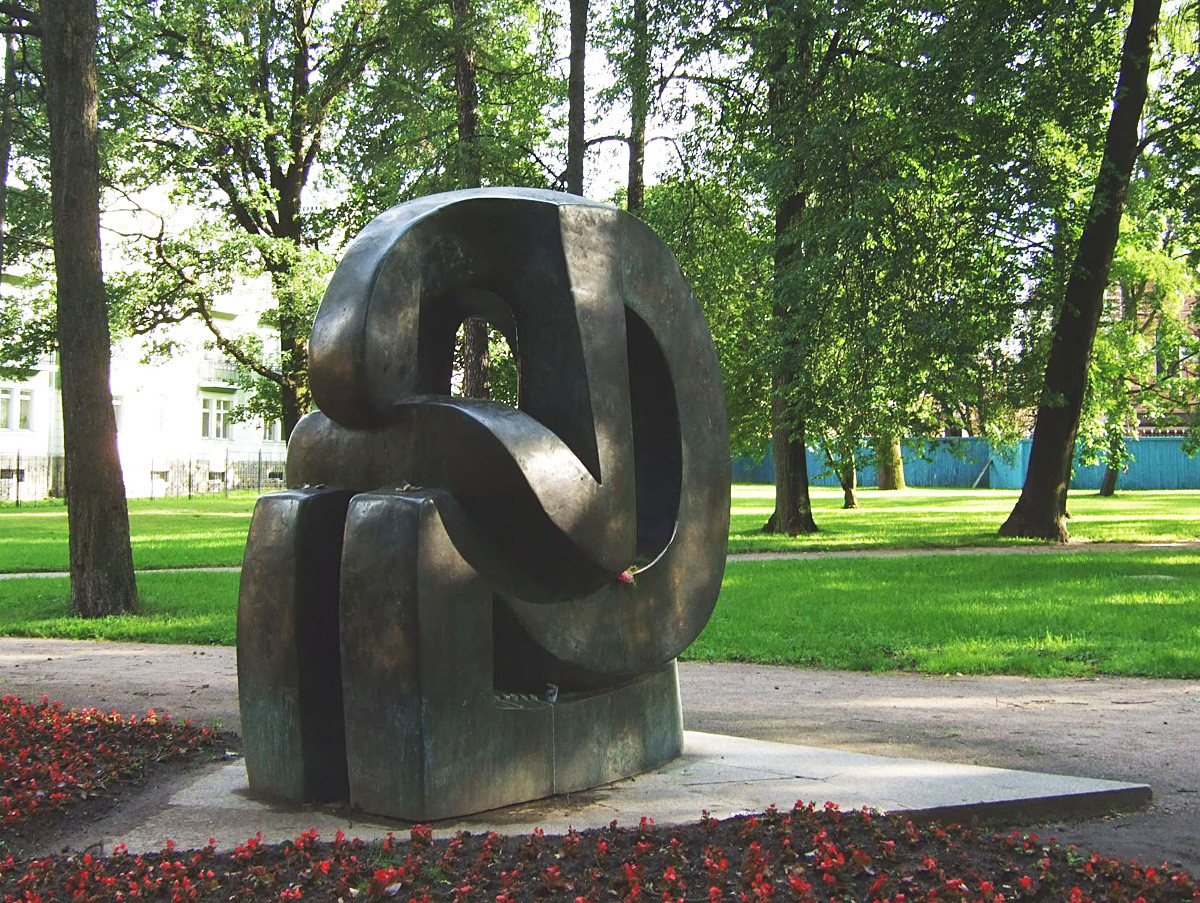 Monument to the Jews of the Town of Pushkin who Fell Victim of Fascist Genocide, St. Petersburg

In 1992, a monument to Soviet soldiers who fought in Afghanistan, called Monument to Those Who Remained Unburied, was erected  near the Sidur Museum in Moscow. Locals nicknamed it “Mourning Mothers” because it depicts three figures of women bent in inconsolable grief over the grave of their children, which they will never see.

“Monument to Those Who Remained Unburied”, Moscow

Sidur did not belong to any artistic movement. He was not a socialist realist, and he did not participate in collective exhibitions of unofficial Soviet art. He looked for his own path and language, and he called himself “an alien from another planet”. 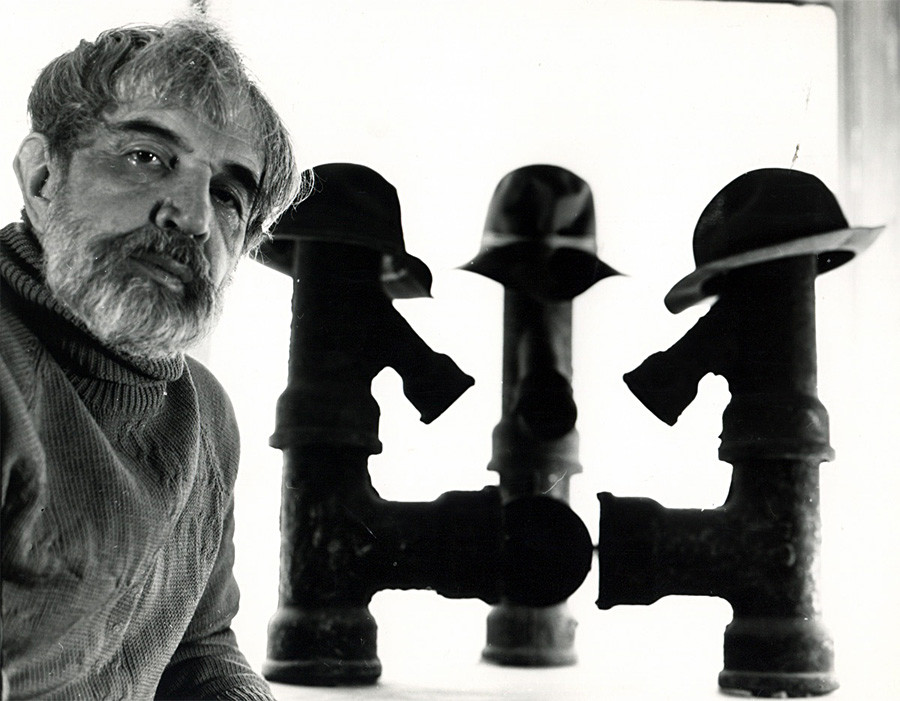 Vadim Sidur and his iron prophets

This year marks the 30th anniversary since the Sidur Museum opened in Moscow.