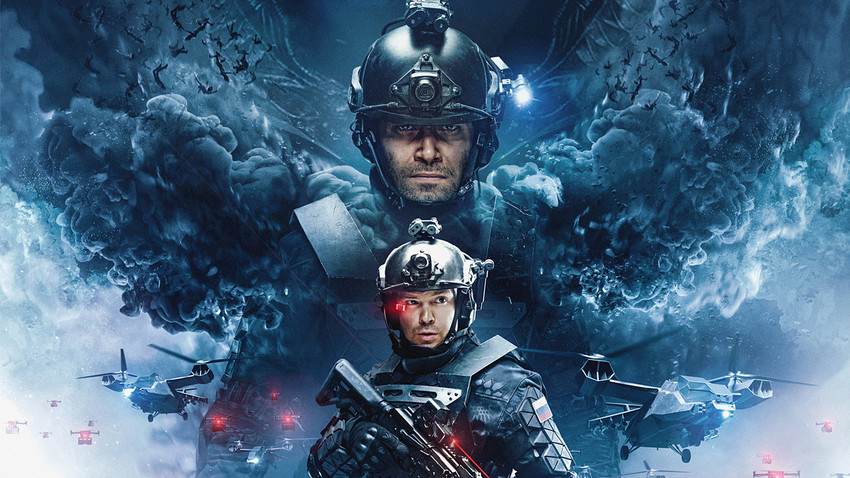 Egor Baranov/TV-3, 2019
It looks like the Russians have finally made their answer to Blade Runner 2049 and Resident Evil. And it’s good!

In one second, the ordinary life of the whole world ends. An unknown catastrophe suddenly kills billions across the planet and wipes out electricity worldwide. Only a small part of Russia survives. Civilization’s last outpost, it has absolutely no contact with the rest of the planet. But when troops sent into the unknown zone vanish without a trace, the survivors realize there is nothing random about this catastrophe...

Russia has never made any major box office movies about a post-apocalyptic world. It has never been a part of Russian (or Soviet) cinematographic tradition. Well, until The Blackout was released. Now we can probably expect something like The Walking Dead, The Book of Eli or Mad Max with local Russian flavour to hit our screens soon.

2. Not just another zombie movie 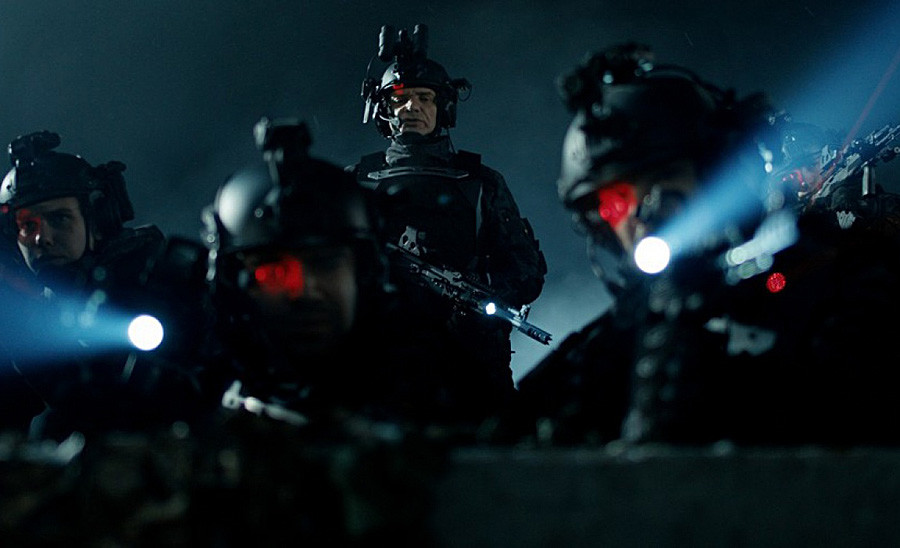 After watching the trailer you may say: “Well, this is another zombie movie, where the virus is conquering the whole world and bla bla bla...” We will not give away any spoilers, of course, but no… The Blackout is not as simple and one-sided. Inspired (not copied!) by such movies as Resident Evil, Aliens, Prometheus and Blade Runner, this is Russia's next generation sci-fi movie full of unpredictable twists.

3. Russia is the last stand

Tired of Hollywood’s post-apocalyptic movies, where the whole world dies and only the United States, one way or another, survives? We are! But now there is an alternative. Meet the new last stand of mankind - Russia. Not the whole of Russia, in fact, but its western part with Moscow and its suburbs, neighbouring regions, as well as small parts of the Baltic states, Ukraine and Finland. Now, this is the so-called “circle of life”. Beyond it there is darkness, death, a complete unknown... and something else. Zombies, mutants, monsters? Who knows… One thing is clear - for the survivors it brings only trouble.

Imagine you go to the cinema to watch the war drama Stalingrad. You’re expecting to see brutal clashes from one of the most important battles during WWII, but instead have to watch several absolutely unnecessary love scenes, while the war is raging somewhere beyond the shot. And this is the common approach Russian directors almost always fatally repeat in their sci-fi and war movies: a romantic story ruins them, turning them into some kind of melodrama! Would you watch Aliens, if the lion's share of the movie was devoted to a love interest between Ellen Ripley and Corporal Dwayne Hicks, while xenomorphs were occasionally fighting in the background?

Now, it seems the outraged Russian audience was finally heard. The Blackout is not a story about love. Of course, it is part of the story. But it isn’t intrusive and it doesn’t make us forget that we are watching sci-fi action movie, not another Christmas romantic comedy. 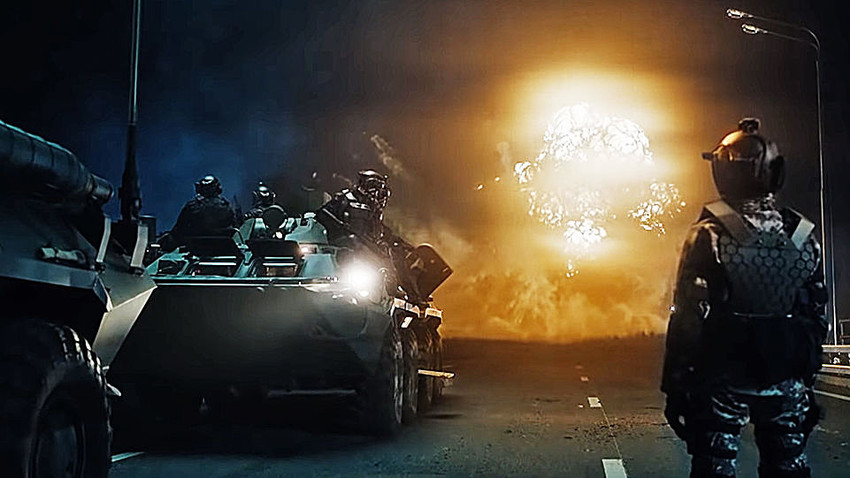 Want to see how the Russian army will look like in the near future? Then welcome to the movies! Tanks, APCs, auto turrets, Osprey-type tiltrotors, drones, four-legged robots running with the soldiers and, of course, all types of small arms! Do you feel lucky?

A present for all Linkin Park fans! Mark Shinoda wrote the main theme music for the movie. “When [The Blackout] director Egor Baranov sent me a clip of the film, I instantly had an idea for what kind of song I wanted to make. The tense and unsettling nature of the film instantly resonated with me,” he said.