What the largest treasure ever found in Russia looks like (PHOTOS) 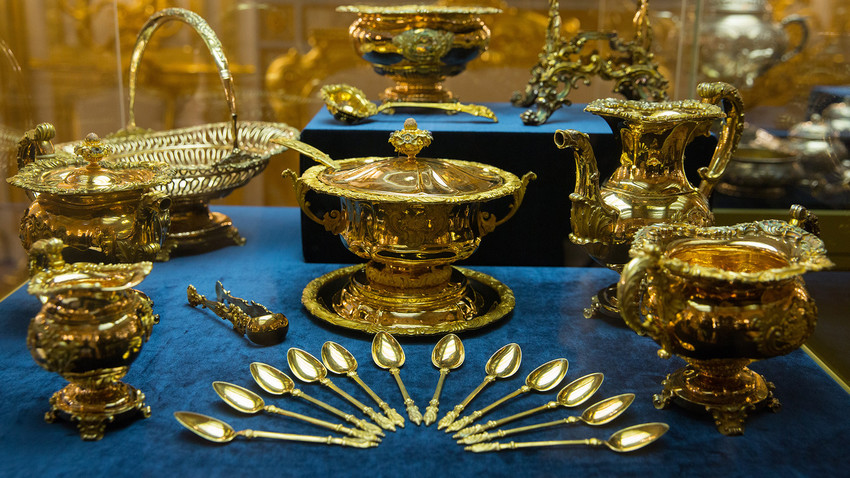 Tsarskoye Selo museum
The huge collection of Naryshkin family silver has been shown to the public for the first time. 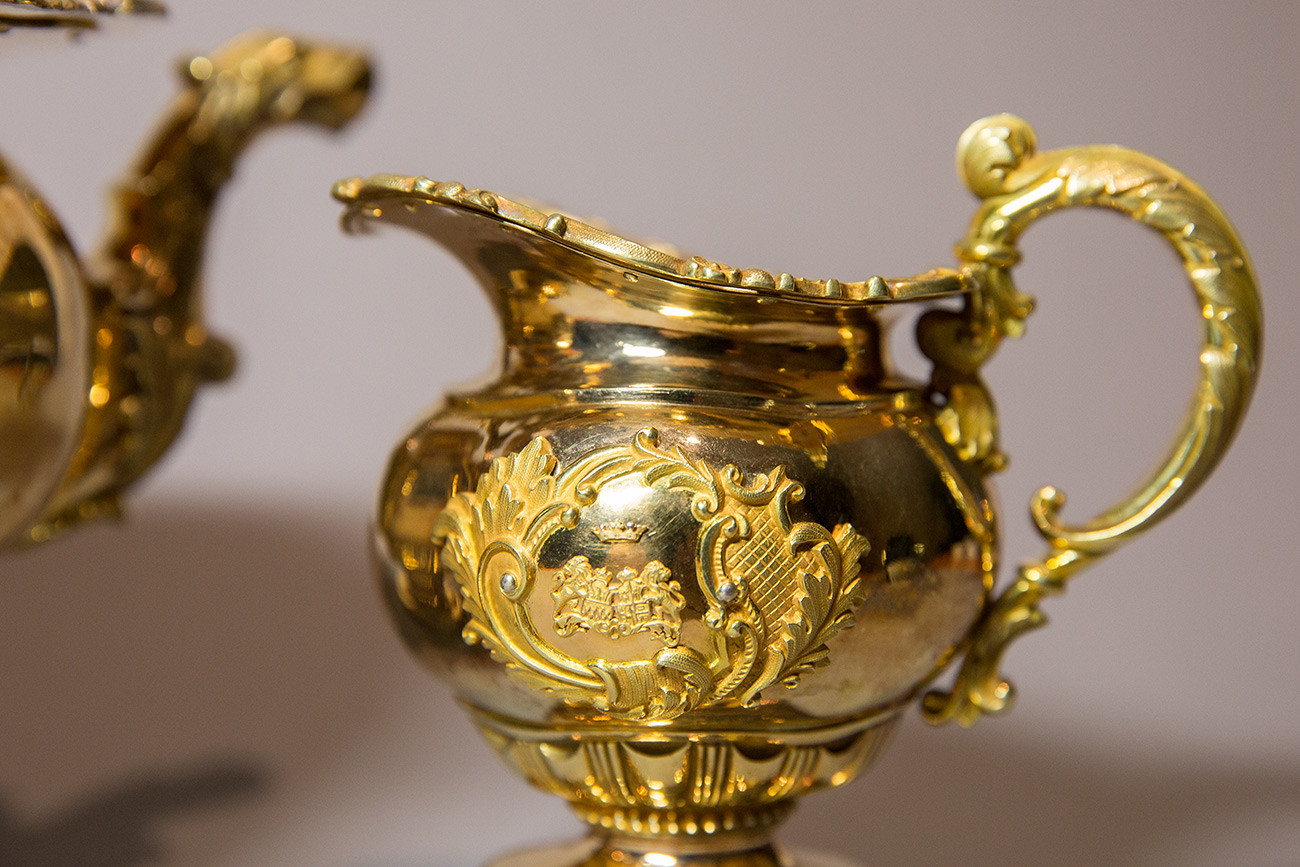 After the Bolshevik Revolution many aristocratic families fled abroad, in haste taking whatever personal items they could. Some managed to somehow to take the family jewels, while others were less fortunate. 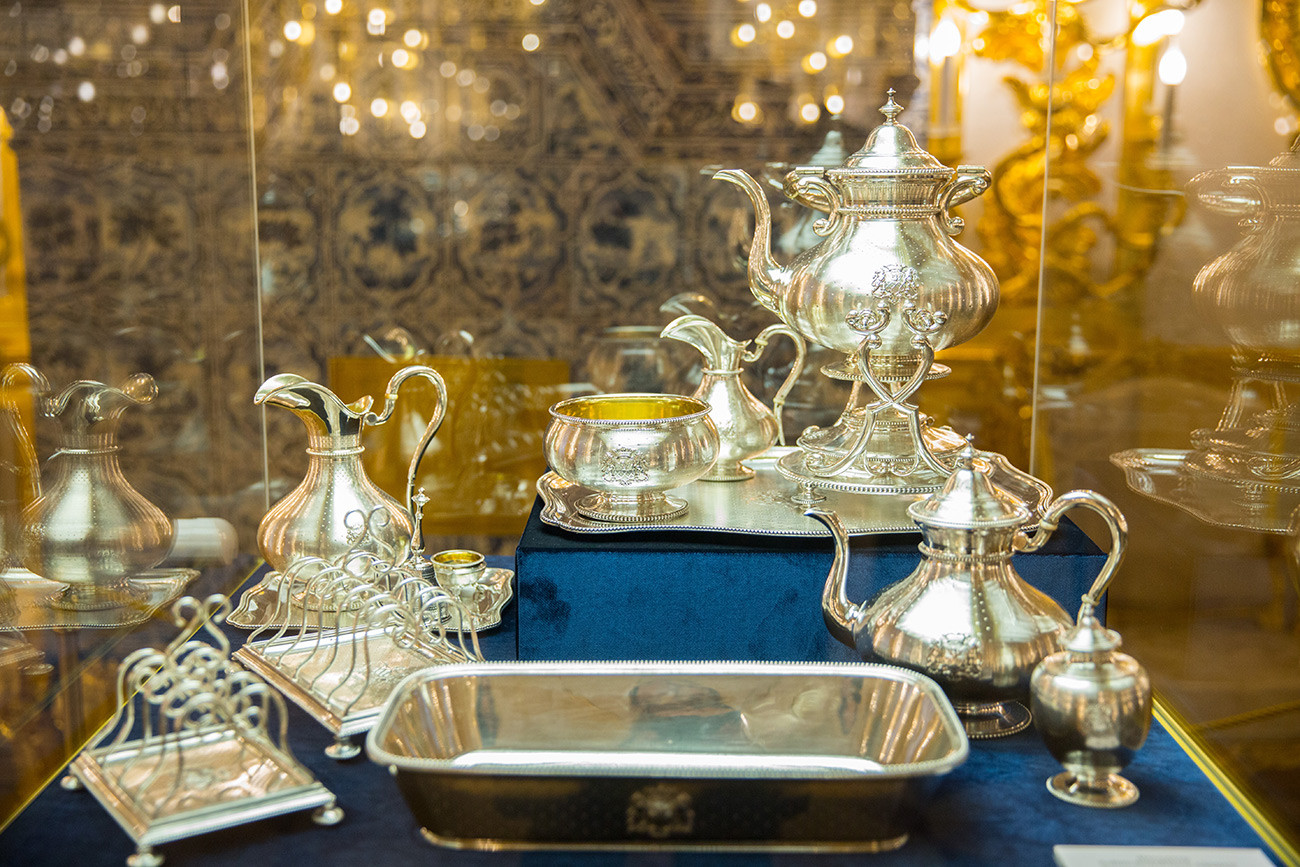 The very rich and ancient Naryshkin family had no luck, and their vast collection of dining services and other household items, which were made of precious metal by the best Russian and French masters, had to be hidden in Soviet Russia. 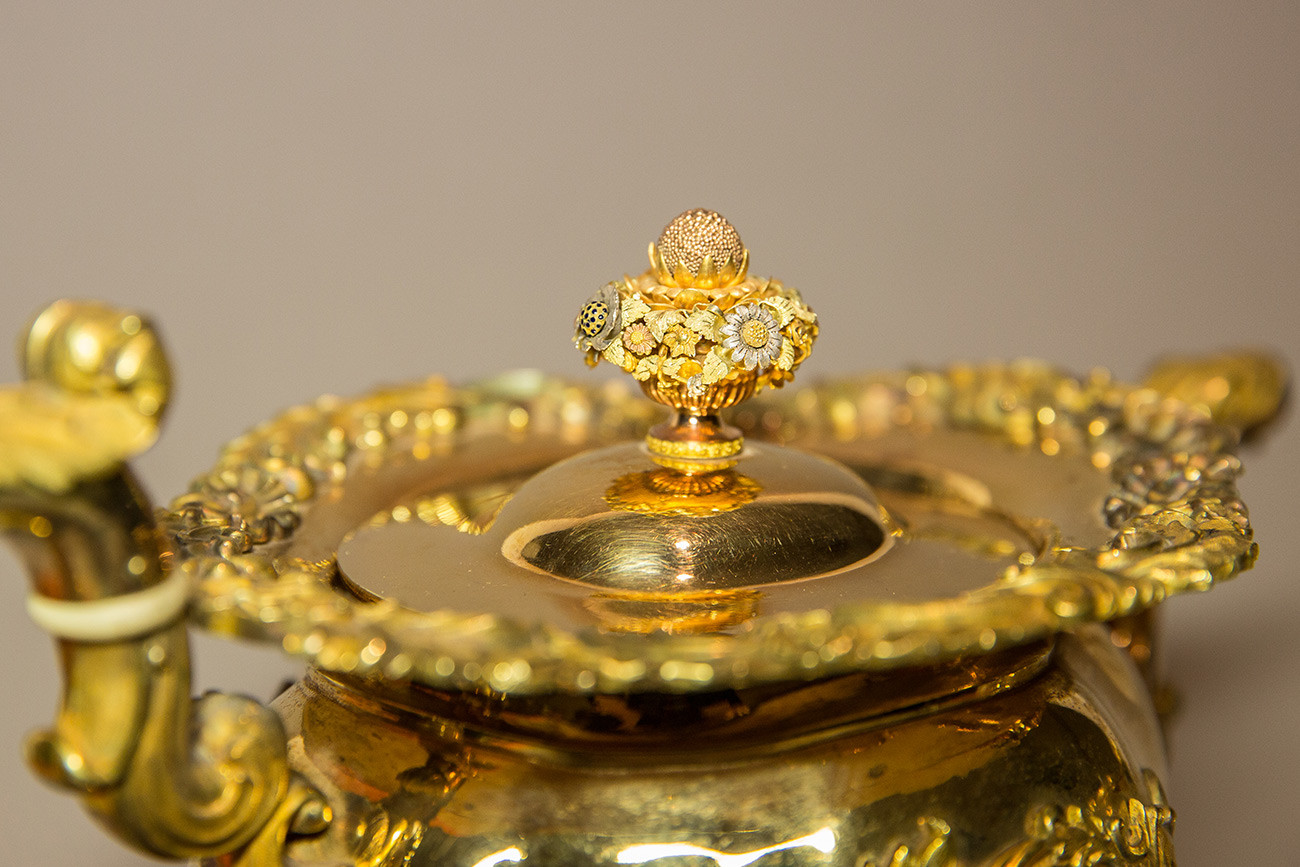 During the restoration of the Naryshkin mansion in St. Petersburg in 2012, workers found a secret chamber where the family treasure was stashed away. 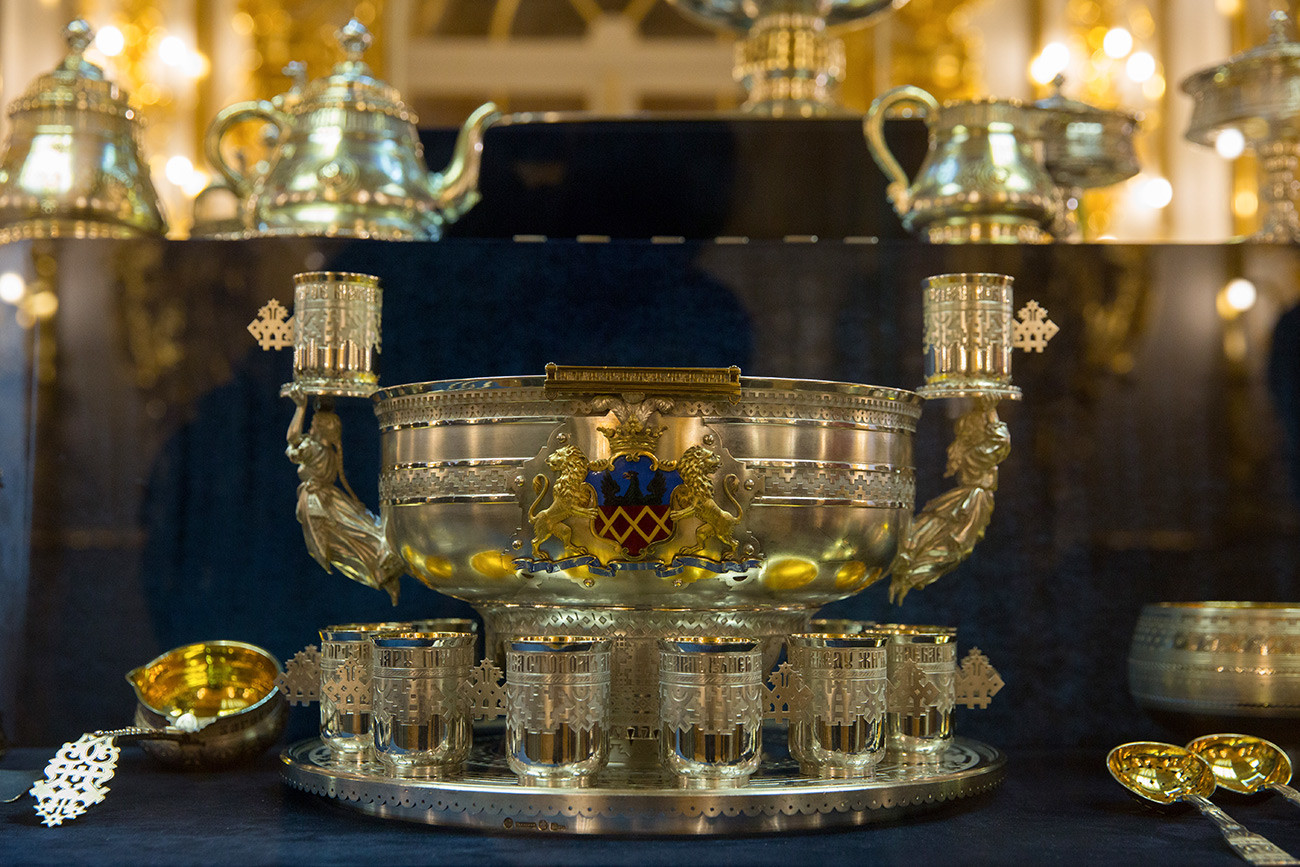 It turned out to be the largest finding in modern Russia: more than 2,000 items - samovars, stewpots, salt shakers, forks, spoons, scissors, and platters. All of them made of precious metals. 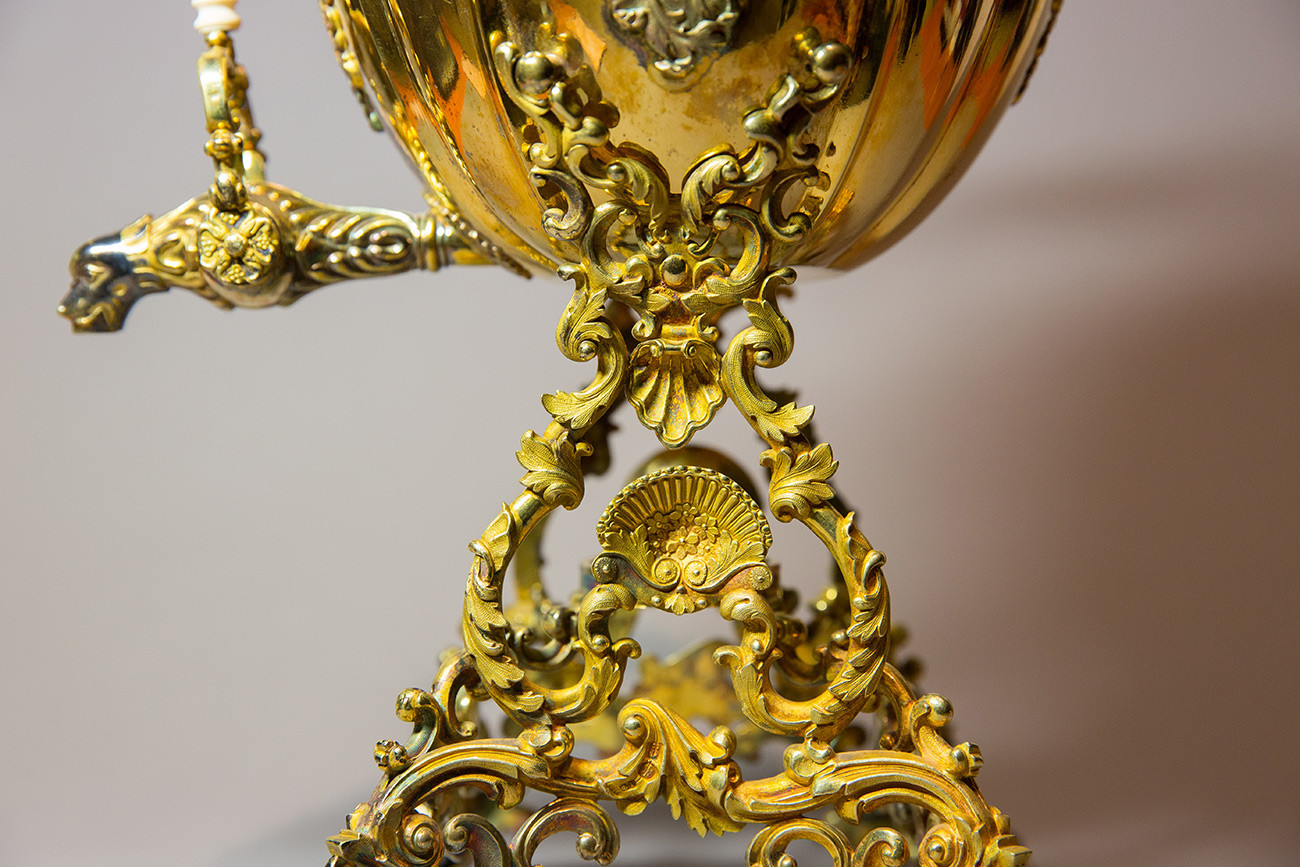 Each item was carefully packed, and among all this luxury were the personal papers of Sergei Somov - the husband of the last owner of the mansion’s daughter. 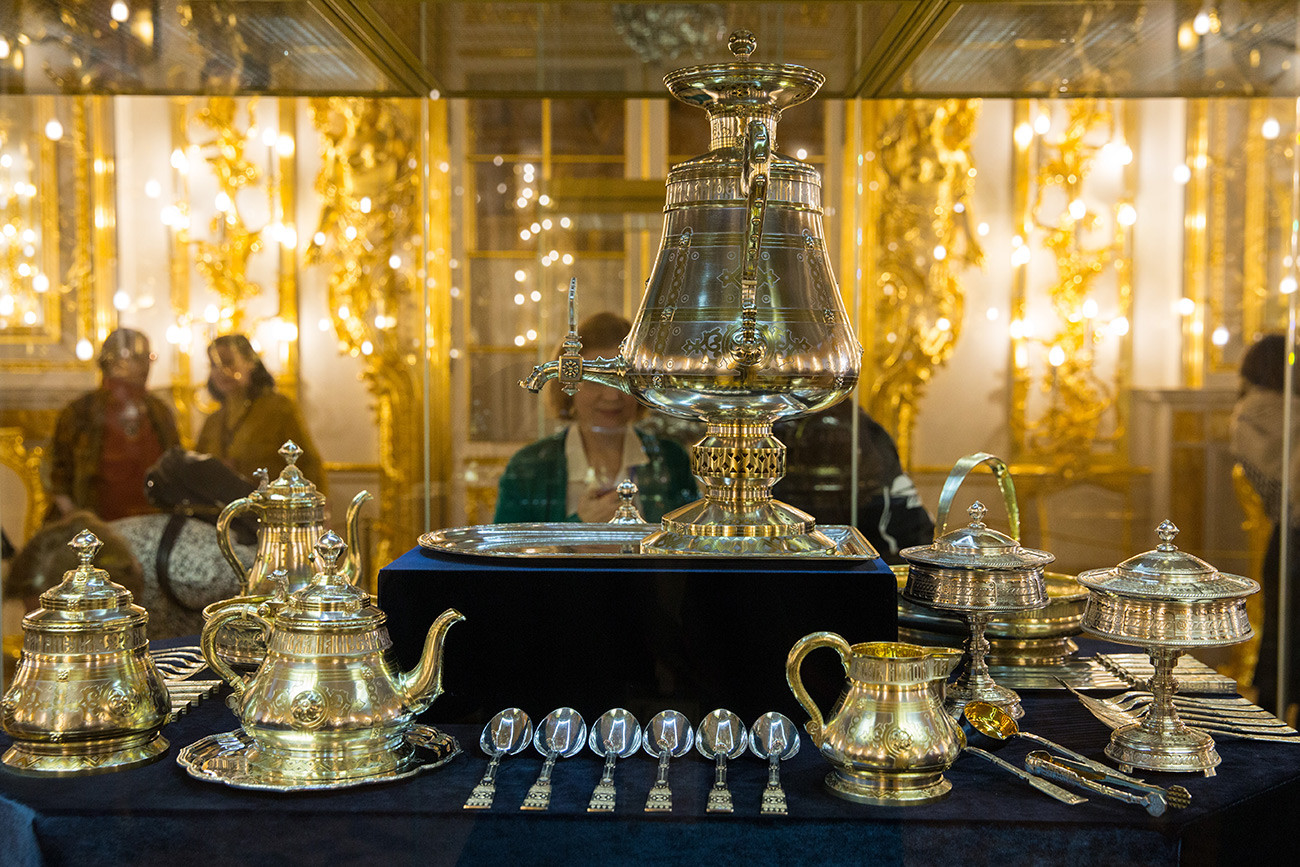 Apparently, Somov helped to hide the treasure, but later he also emigrated and died without leaving an heir. Therefore, the treasure was forgotten. 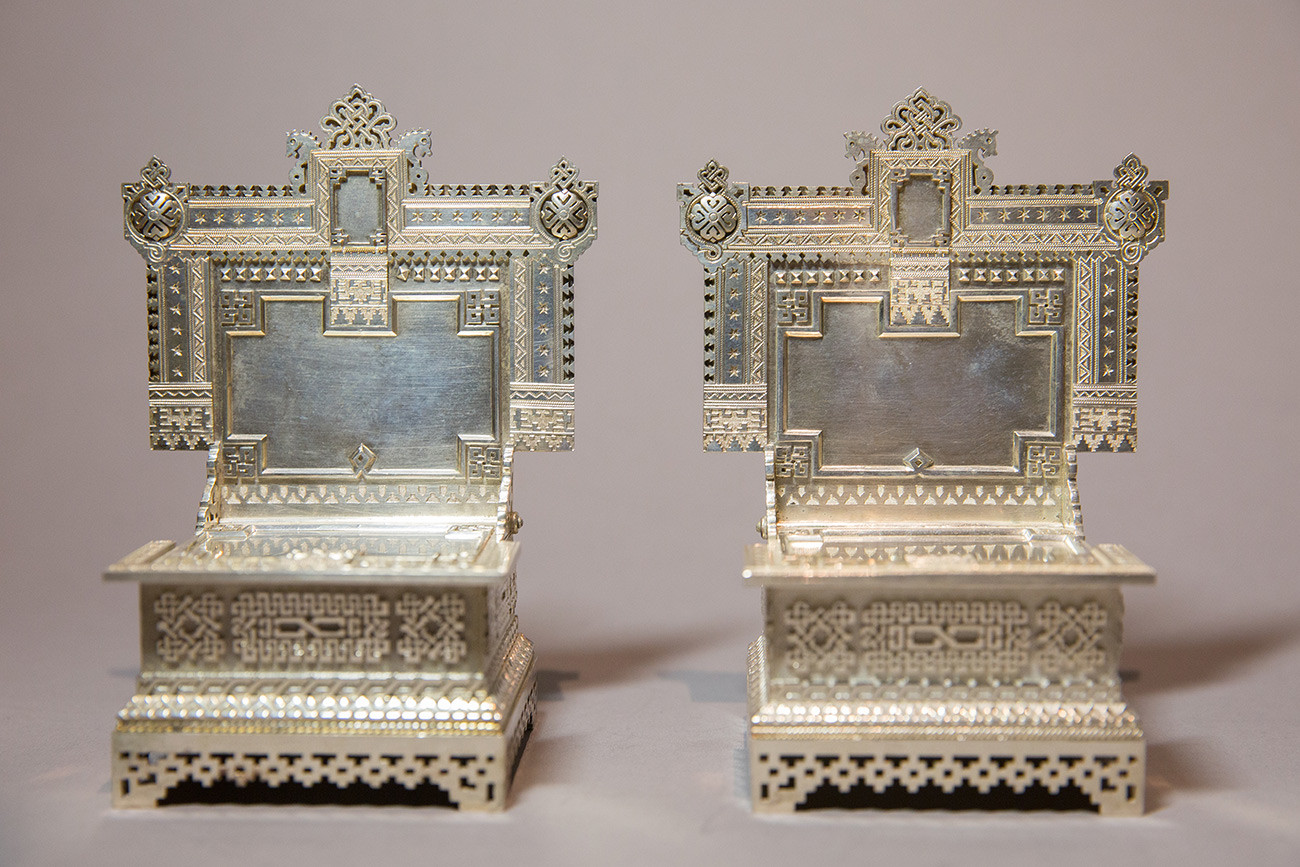 Several years after the discovery, experts handed the jewelry to the Tsarskoye Selo State Museum, and now nearly 700 items from the Naryshkin treasure are on public display for the first time. 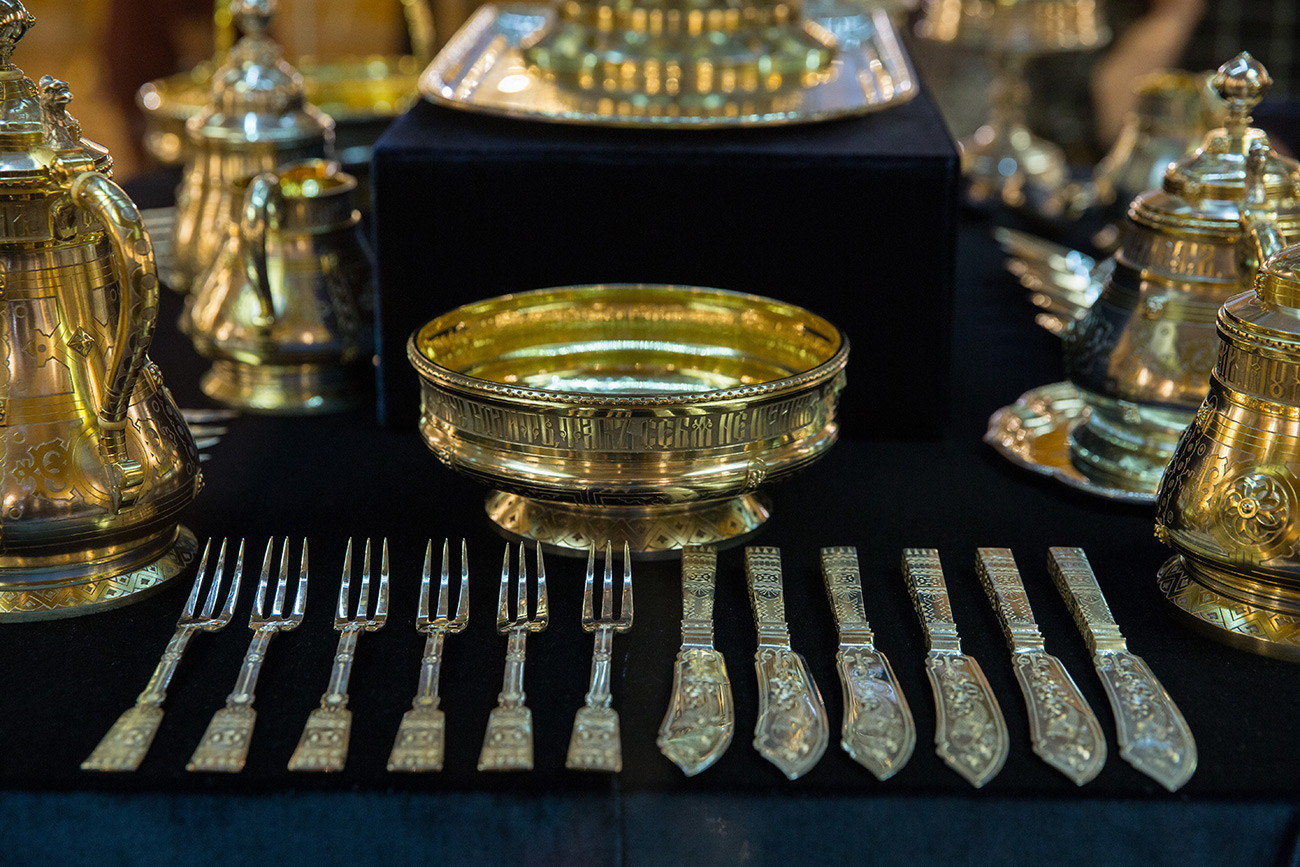 You can see the jewelry until March 24, 2020 in the Catherine Palace of the Tsarskoye Selo State Museum.