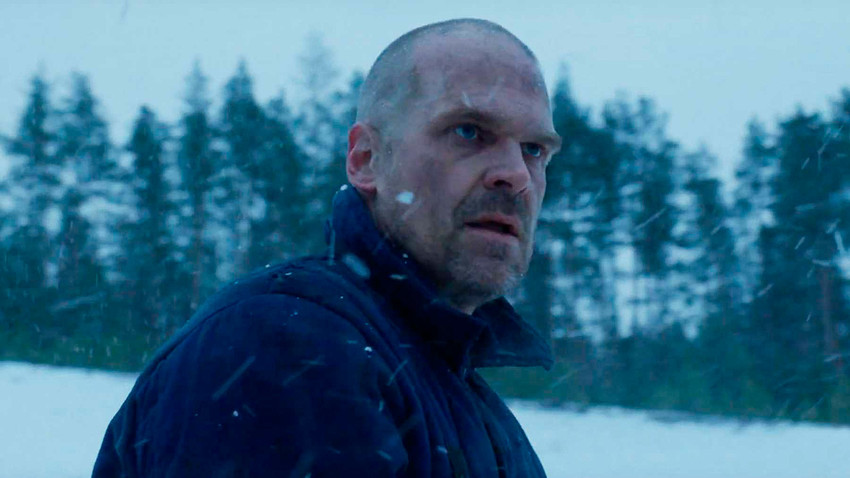 Netflix, 2020
Netflix released a teaser for the upcoming season 4 of Stranger Things. It confirms that Jim Hopper is alive and in the Soviet Union. But there’s more than meets the eye. [SPOILERS for Stranger Things season 3 ahead]

Jim Hopper, the chief of police of the fictional city of Hawkins, and one of the show’s protagonists, is presumed dead in the fire that destroyed the shopping mall at the end of Season 3. The fire was a result of the destruction of a secret Soviet military base underneath, of course - and in the final seconds of the final episode, viewers were given a hint that the hero cop was in fact captured by the commies. At that point, it looks like he’s being held in a cell at a secret research facility in Russia, and narrowly avoids being fed to an unusually pale demogorgon.

The new Season 4 teaser, set among the vast expanse of snow and pine trees (filmed in Lithuania, just as Chernobyl was), creates a believable Russian/Soviet ambience. Here is what Russians see in the teaser.

Hopper is definitely a prisoner. He appears to be held among the inmates of one of the “correctional labor camps” (исправительно-трудовой лагерь), shaven, dressed and treated as an ordinary inmate. The guard towers are manned with machine-gun wielding guards, or, as they were called, vertuhai, who were there to ensure compliance and prevent escape (not that there was anywhere to go). The one guard we see up close is wearing a rather expensive version of a tulup leather-out fur coat. These sorts of coats were apparently sometimes worn by camp guards in the Gulag, but the one in the teaser seems a bit too fancy. 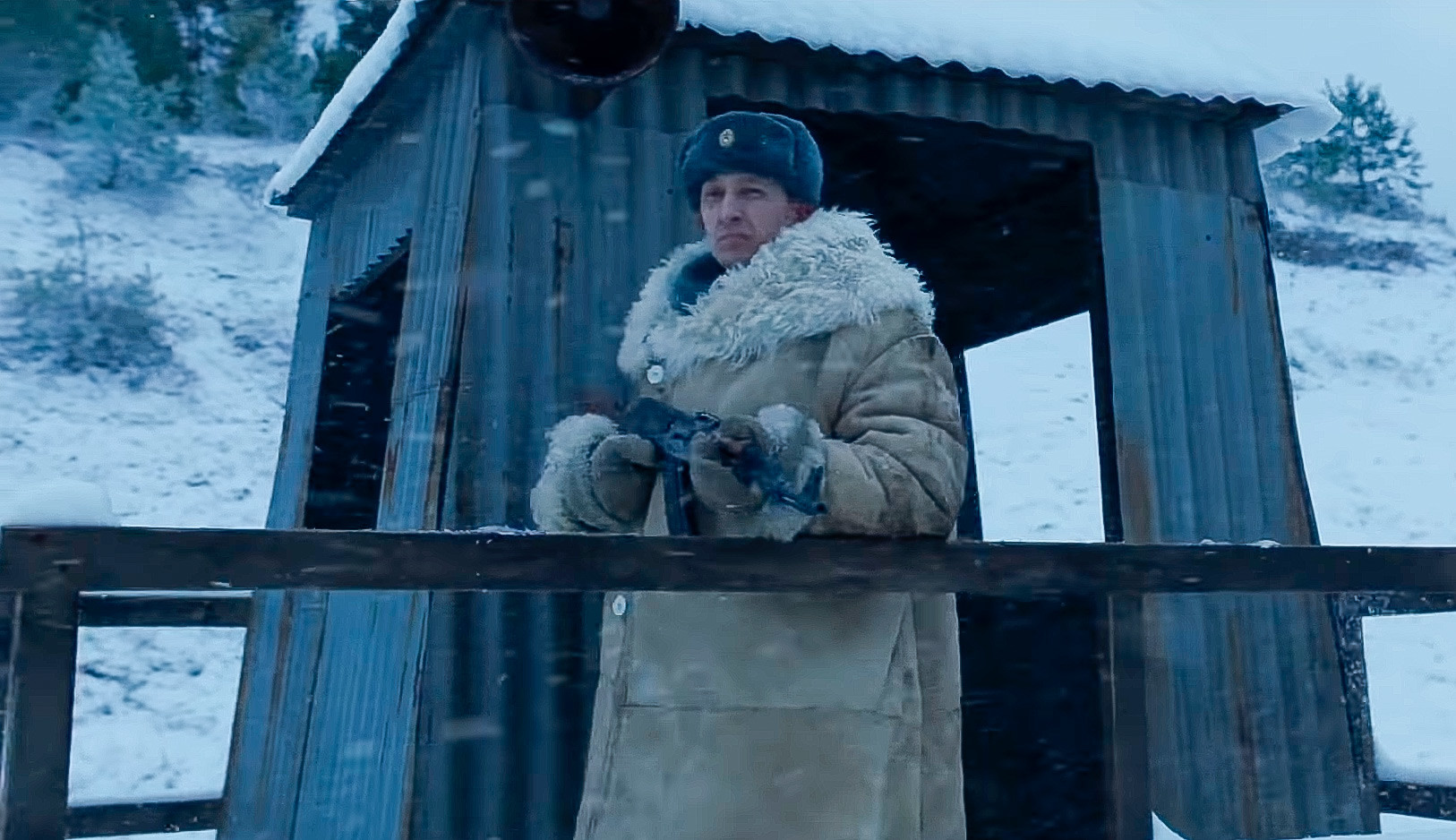 In order to be a labor camp prisoner, Hopper would have to had been convicted of something by a Soviet court, an easy hurdle during the times of the Gulag, but not as streamlined anymore in the mid 1980s. Season 3 concludes in the summer of 1985, and, assuming what we see is the winter of 1985-1986, Mikhail Gorbachev is already the leader of the Soviet Union. We are just a few months away from the Chernobyl explosion. Given that Hopper was captured in the United States, in order for him to end up in a prison camp, he must have done something already in the Soviet Union - and, presumably, be no longer useful for the demogorgon-related research. Perhaps the teaser is not the starting point of the season?

The inmates appear to be used as forced labor in the construction of a railroad. Any Russian viewer initially assumes the railroad to be ‘BAM’, the “Baikalo-Amurskaya Magistral” - an epic railroad that was the most ambitious and the most expensive infrastructure project ever completed by the Soviet Union. One of the tents seen in the teaser (even though there appear to be residential barracks constructed nearby) reminds us of a brezentovaya palatochka - a sort of crude tent - featured in an eponymous song related to BAM construction by well-known Soviet singer Yuz Aleshkovsky. 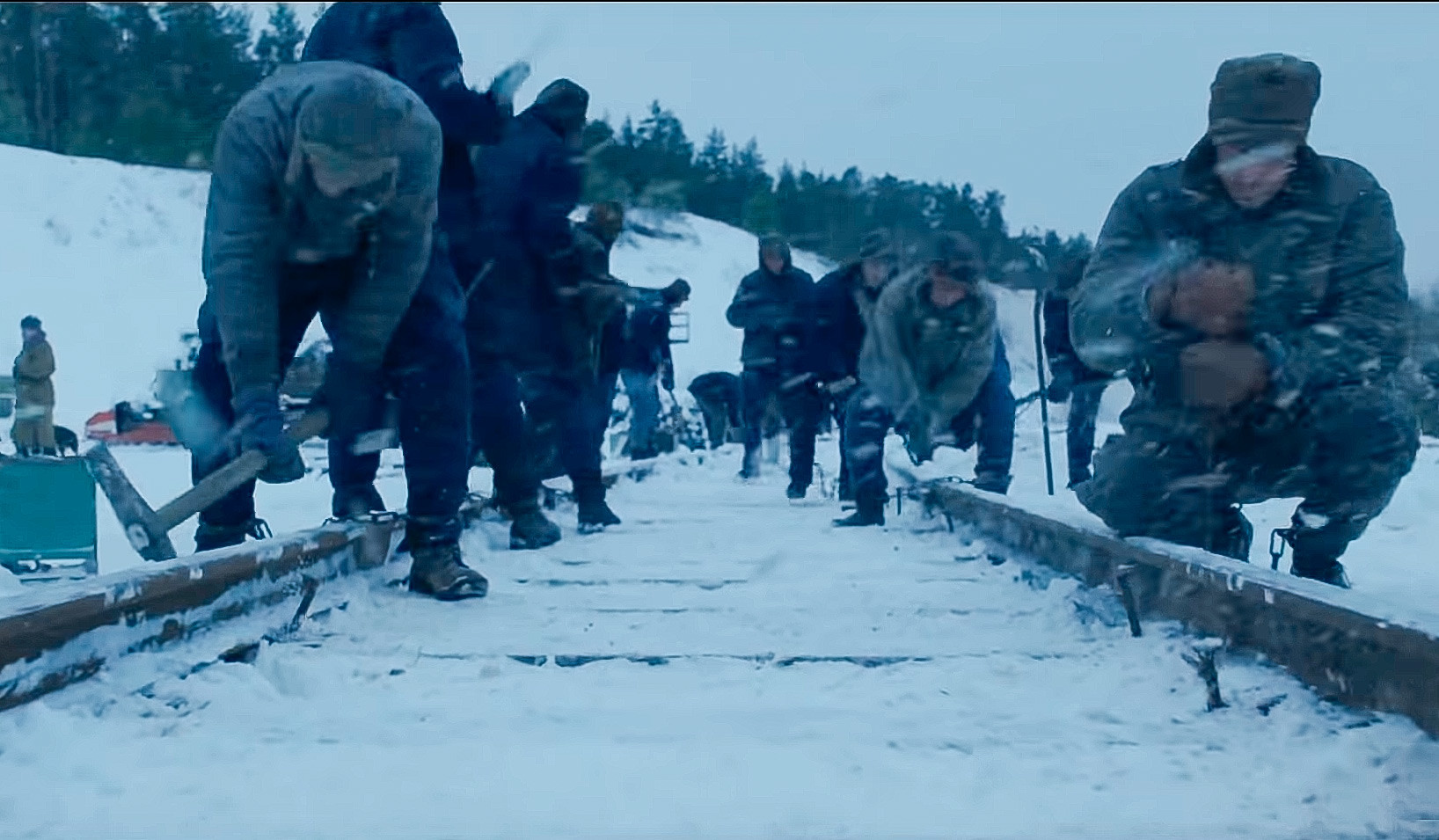 The prisoners definitely are building a railroad, presumably BAM, in official S04 teaser

Forced prisoner labor was indeed used to build the early parts of the BAM - it was even rumored that convictions during Gulag times were accelerated, in order to provide the project with sufficient labor. But all of that ended with the the end of the Gulag, shortly after the death of Stalin.

In the last stage of BAM construction, starting in the 1970s, prisoner labor was no longer used - in fact, it was taken over by specialized railroad divisions of the Soviet military, komsomol brigades and volunteers -- who were attracted by the financial incentives on offer, such as “severnye nadbavki”, or the northern extra pay, higher wages and benefits offered to workers in the Far North, as well as kolesnye (the wheelers), extra pay for workers in field conditions. 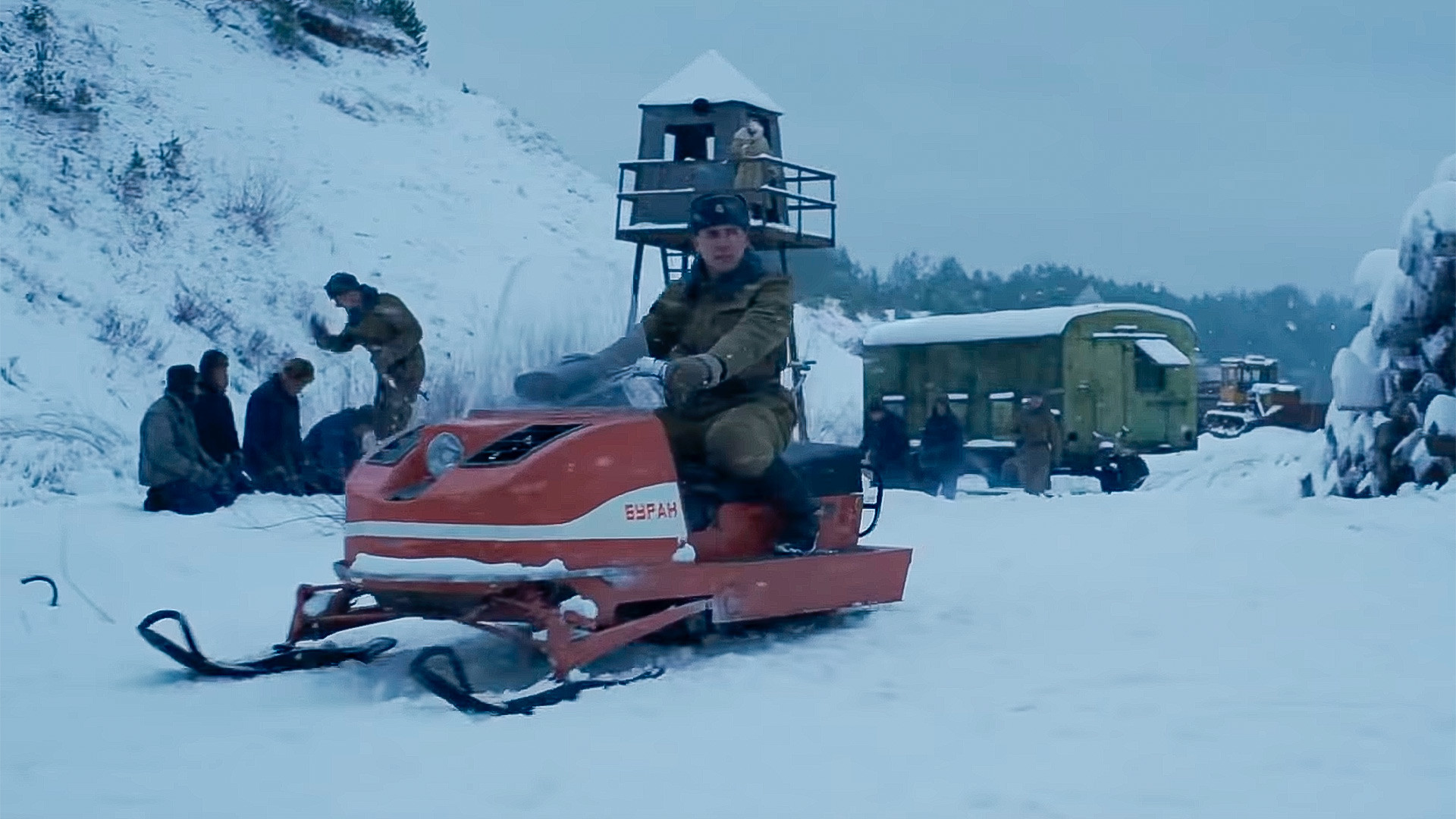 Confusingly, Buran snowmobiles were manufactured from 1971

The project became the stuff of songs around the fire and inspirational folklore, where great effort was thought to be met with great rewards. American singer Dean Reed gave a concert and filmed two music videos at one of the construction sites. Moreover, the construction of the BAM was principally finished, and the railroad declared open, in the fall of 1984. There is no evidence of any project in which prison camp labor would have been used to build a railroad in the snow in 1985. 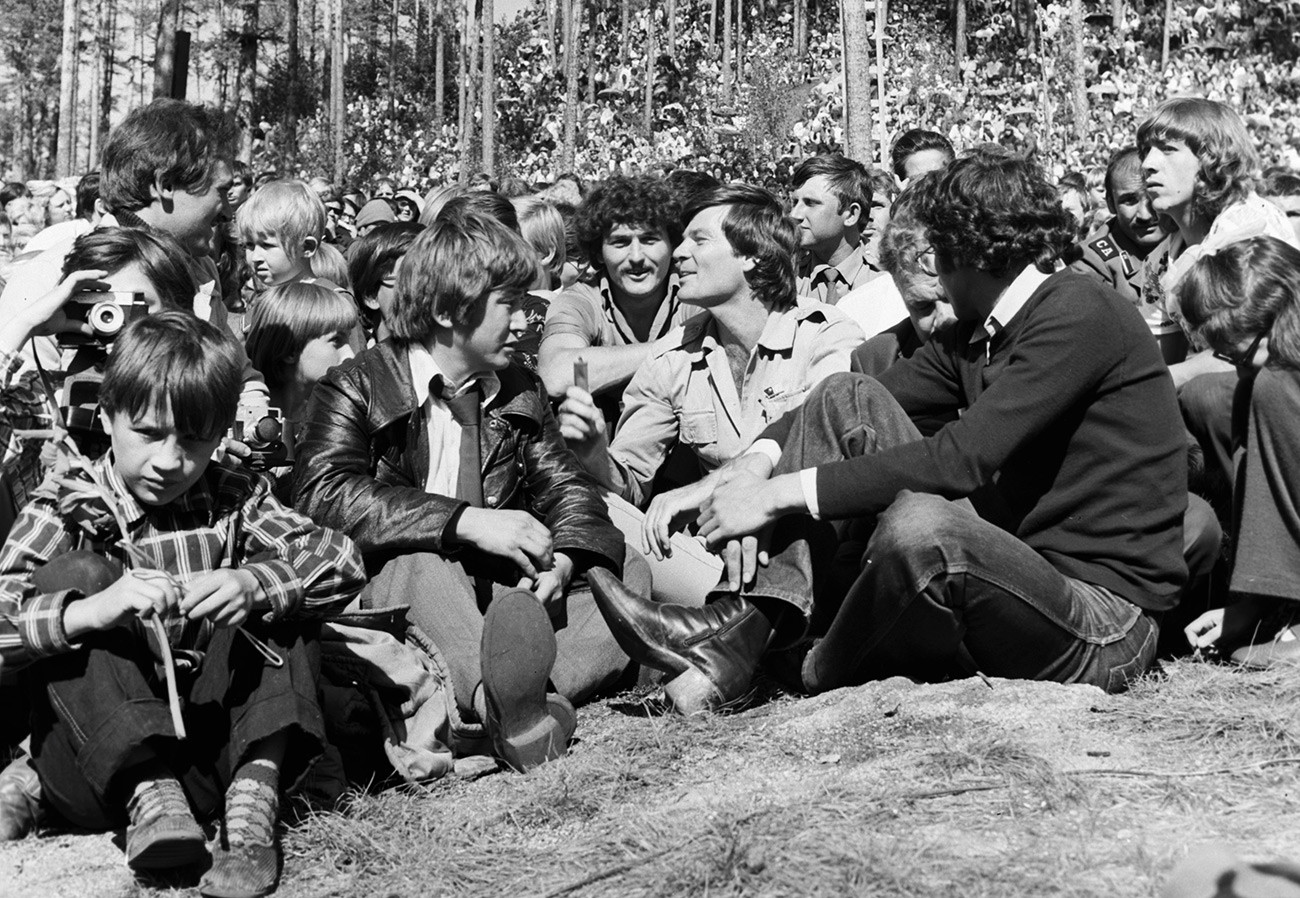 In light of this, we can deduce from the teaser that there may be some truth to the rumors that Season 4 will introduce time travel into the storyline. If Hopper had fallen into some wormhole that transported him 33 years back (just like in Netflix’s other cult drama, Dark), one can imagine how getting himself convicted of a few crimes and sent to build BAM would be a matter of minutes then.

As Hopper labors on the construction of a fictional railroad, having maybe been convicted of a crime (or not), ‘The Red Army is the Strongest’ (White Army, Black Baron) song is played. It was a popular patriotic song from the era of the Russian Civil War, in which the newly formed Red Army fought the pro-monarchy holdouts (The White Army) between 1917 and 1922. The song was written in 1920.

So, to conclude, Hopper is in Russia, and he is a prisoner, potentially transported back in time to the early days of the BAM construction. Or not! However, here is snow, machine guns, fur coats and songs in Russian, so - maybe close enough?