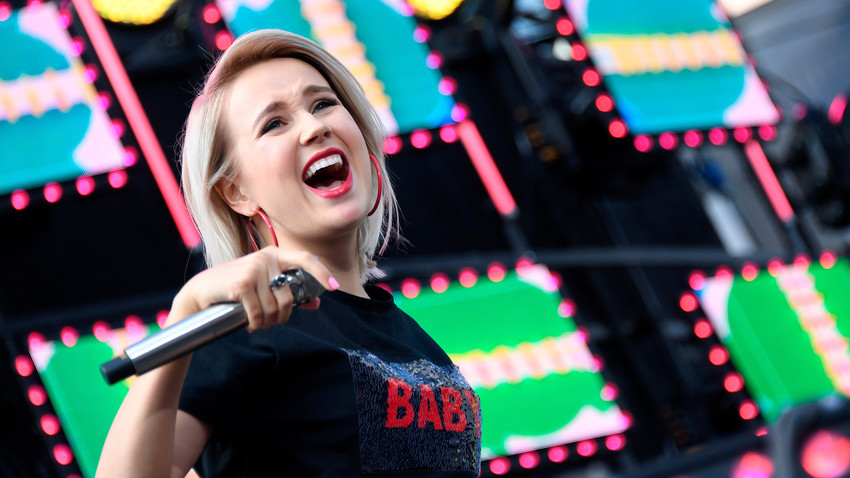 Yevgeny Biyatov/Sputnik
These amazingly talented performers will help you learn Russian as they translate the world’s most popular songs, and film entirely new music videos to accompany each new release!

Russian musical tastes are as numerous as the Russians themselves, so it’s no surprise that we’re big on all manner of pop culture from around the world, be it K-Pop stars BTS, Ariana Grande, Billie Eilish and so on. But anyone could be forgiven for missing the meaning when attempting to wade through the foreign-language lyrics. So, more and more bloggers today are translating the songs and giving them a modern Russian touch, complete with cool new videos.

Check out our top three performers who are on the frontlines of helping Russians get to the bottom of what these singers are saying. Who knows, you might even learn some Russian in the process!

Klava Coca (Koka) is a popular young Russian singer, and a member of the Black Star music label, which is home to the most successful pop and hip-hop performers in Russia. Klava’s own music videos have already garnered tens of millions of views on YouTube.

At 23, Klava sports a sexy, daring image and wows audiences with her dashing behavior. Recently, she issued a collaborative song with her alleged boyfriend - also a bold young singer and blogger Morgenstern. Their video gathered 27 million views in just two months.

She is also a popular blogger, and has recorded an unusual music video in collaboration with Russia’s most popular Instagrammers - who sang her track ‘I’m In Love With an *sshole’ via Instagram stories.

Klava imagined what our favorite songs would actually sound like in Russian, and launched the #КлаваТранслейт (Klava Translate) rubric on her YouTube channel.

One of her most successful covers was Despacito, in 2017, amassing almost three million views on YouTube.

She has even translated a bilingual English-Korean song ‘Boy With Luv’, by BTS.

Check out her cover of Ariana Grande’s ‘7 rings’

And the beautiful song ‘Havana’, originally by Camila Cabello

No modern cover list would be complete without Billie Eilish’s ‘Bad guy’, of course.

Radio Tapok, is a 30-year-old multi-instrumentalist, real name Oleg Abramov. He makes covers of beloved cult rock hits. Together with his small team of five people he also creates videos very similar to the original ones, and changes his own look to that of the original performer.

He has been a YouTuber since 2014, and since then has gained a huge following and a busy tour schedule both at home and abroad.

For example, his version of Rammstein’s ‘Du Hast’ gathered more than five million views. Russians are huge on Rammstein, with many even learning German specifically to understand what they are singing. Radio Tapok has several other Rammstein covers as well.

Another big love of Russians is Linkin Park (and they extremely mourned the death of its frontman Chester Bennington). So here’s Radio Tapok’s version of Numb by Linkin Park

Radio Tapok has also translated into Russian the song from The Witcher.

As well as Gorillaz...

And even Swedish power metal band Sabaton (9.4 m views by the way!)

By the way, Radio Tapok has even performed together with Sabaton, and it was a unique thing when the band contacted him and asked to issue his Russian cover even earlier than their official release of ‘The Attack of the Dead Men’. A very classy way to promote a new release on foreign soil!

This beautiful young lady Olga Redoran is better known as Ai Mori, or MONADA. She is a blogger and a rising rock star with all the elements of sex, drugs & rock’n’roll firmly in place - eyeliner in Amy Winehouse’s style, fake blood, bruises, cigarettes and ripped stockings.

Ai Mori tries to promote herself without the help of her own producer, via her social media pages. She does live streams of how she composes and records her music, and makes covers of famous foreign songs in the Russian language. Her repertoire consists mostly of rock songs and her own idols.

And a recent cover to the band’s smash hit, Crawling, which, as MONADA admits, is a very sensitive work for her, being a true fan of the band.

A very passionate performance of Katy Perry's Kiss Me

And of course, the multiple Grammy winner Billie Eilish’s ‘Everything I Wanted’ (we did say there’d be more of her).

Avril Lavigne isn’t forgotten in Russia by the way!

As well as the piercing female vocal chops of Evanescence’s Amy Lee.