What Russian ballet looked like before the 1917 revolution (PHOTOS) 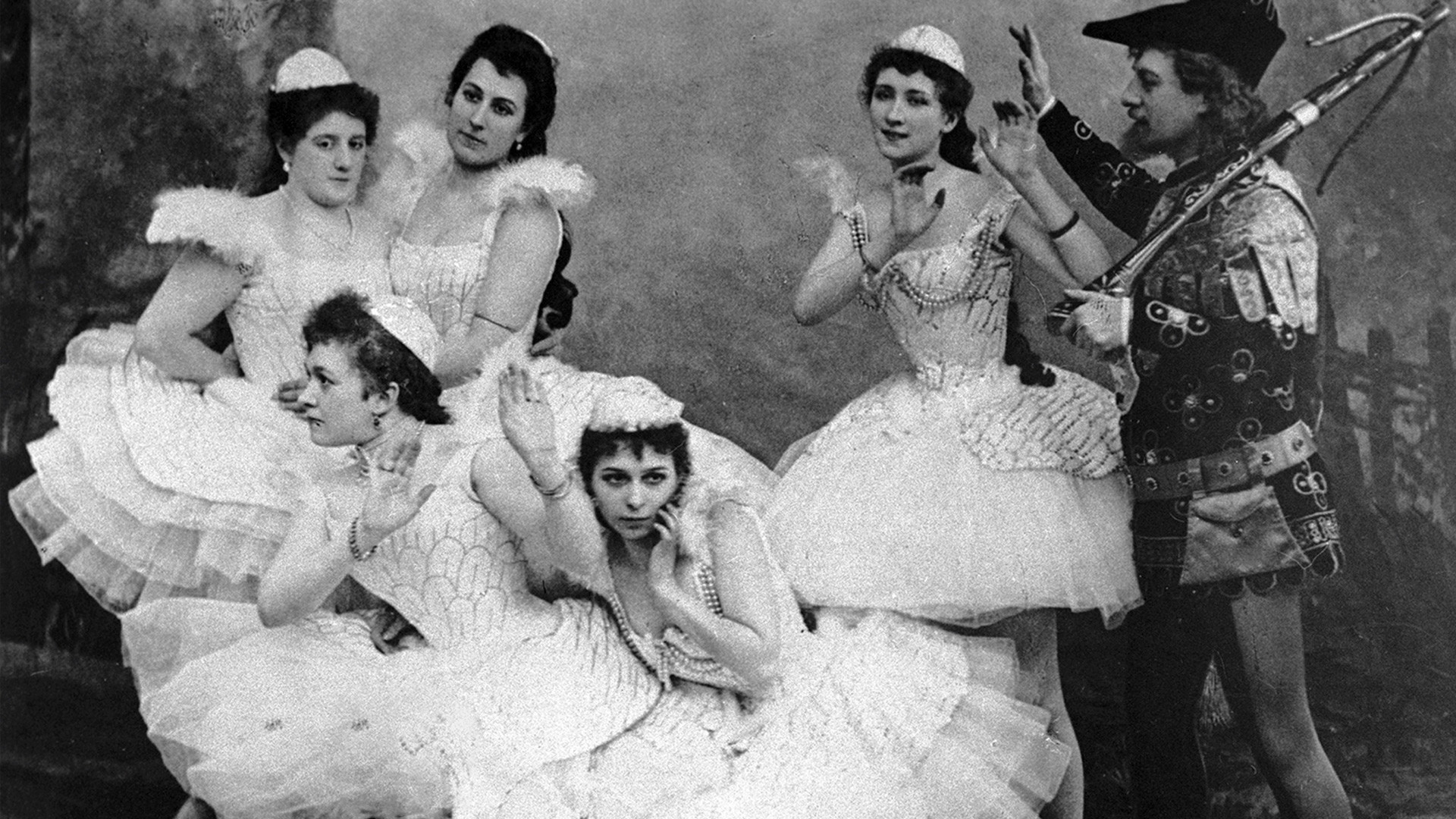 'Swan Lake' at the Mariinsky Theater in St. Petersburg

Sputnik
Ballet became one of Russia's national treasures long before the 1917 Bolshevik Revolution. Even though the new authorities did not hesitate to impose their rules on other arts, they did not dare to touch Russia’s ballet. 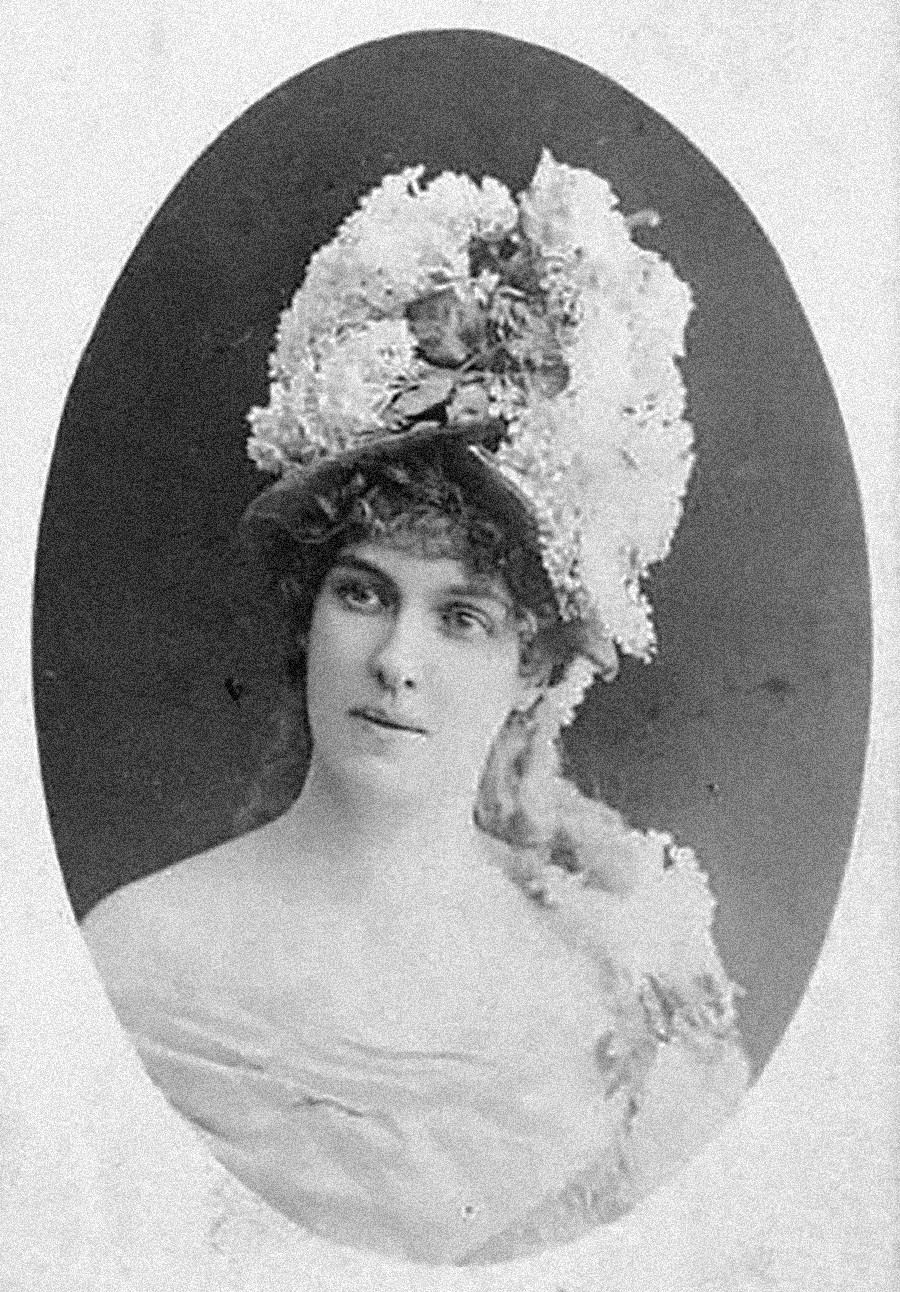 Ballet came to Russia in the late 18th century thanks to several foreigners who had been invited to the country to provide entertainment for the imperial family. Under Marius Petipa it became the main dance form in Russia in the 19th century. For more than 40 years Petipa was the balletmaster of the Imperial Theaters in St. Petersburg and created some 100 ballets (and a ballet dynasty). In the photo, Marius' daughter, Mariinsky Theater ballerina Marie Petipa, is the Lilac Fairy in Sleeping Beauty. 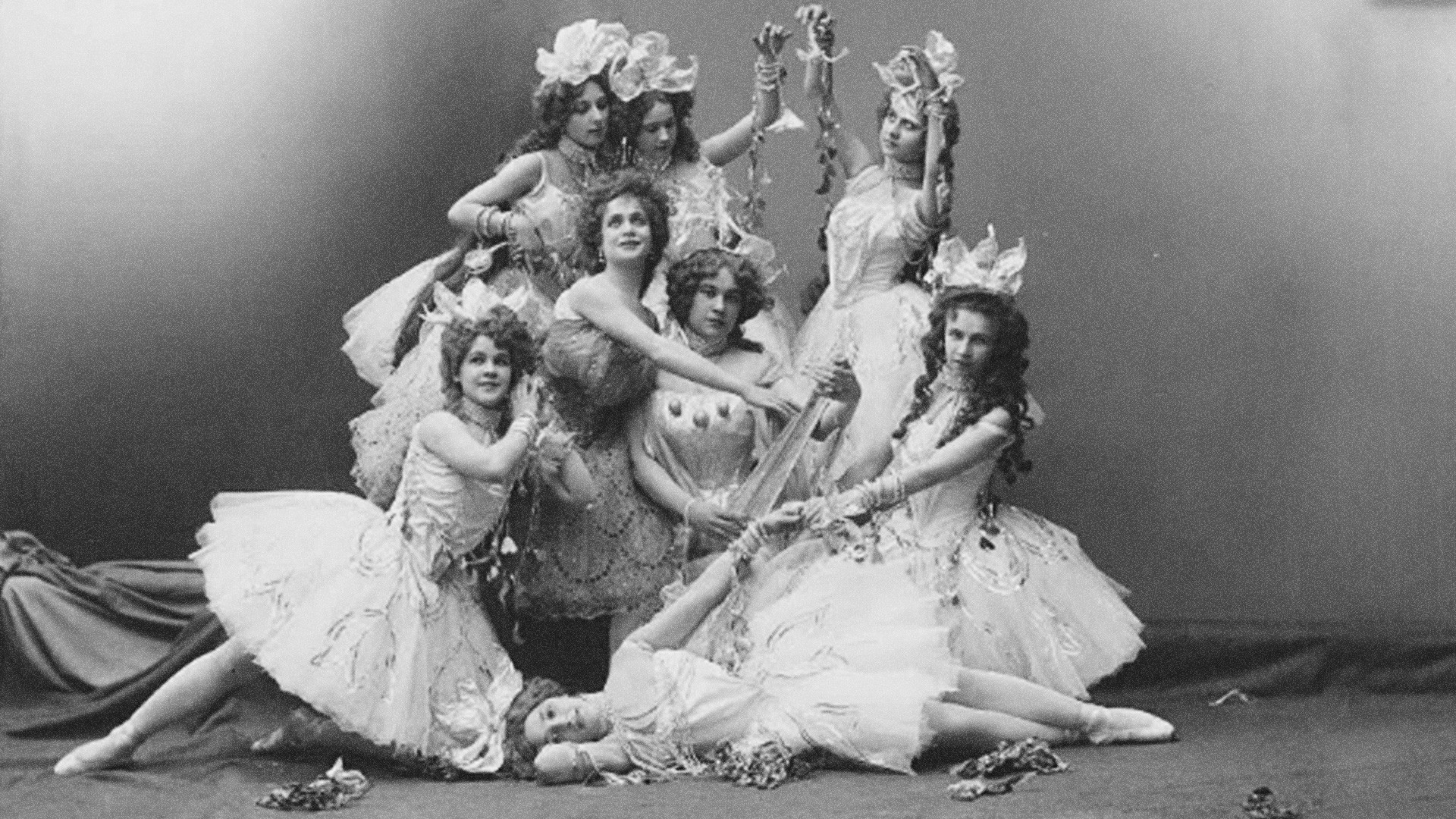 While St. Petersburg had its share of favorites and talent, the Moscow stage was dominated by Lyubov Roslavleva. In the photo she is in the center as Venus, surrounded by the corps de ballet. 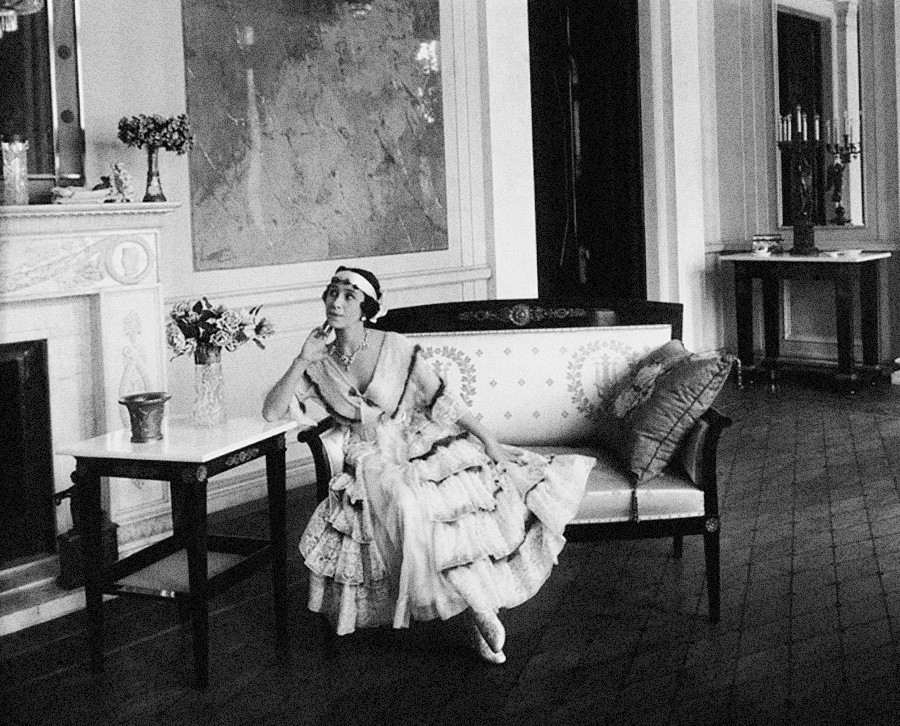 One of the most famous stars of the Imperial Theaters was Mathilde Kschessinska. She became the first ballerina to perform 32 fouette turns, and she also gained notoriety for her love affair with the heir to the throne, the future emperor Nicholas II, (this story features in a recent movie, Mathilde). She eventually married a member of the imperial family, Grand Duke Andrei Vladimirovich, and had to leave Russia after the revolution. In the photo, Mathilde is in the drawing room of her luxurious mansion in St. Petersburg. 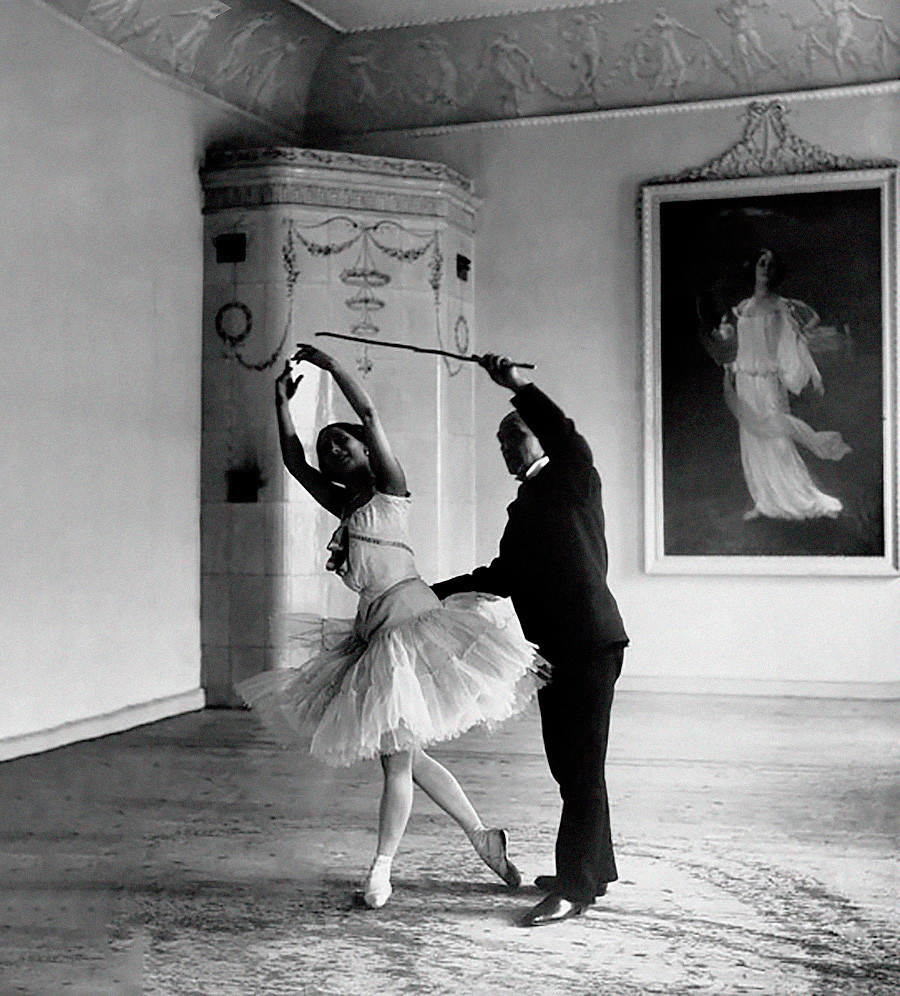 Just as Kschessinska, Anna Pavlova was a real star of the Russian ballet. Their social standing and luxury lifestyle can be compared to the richest pop culture celebrities of today. Mathilde owned a mansion, while Pavlova had her own ballet studio: in the photo, she is captured there during a rehearsal with a dance teacher.  Especially for her, choreographer Michael Fokine created the famous dance, The Dying Swan. 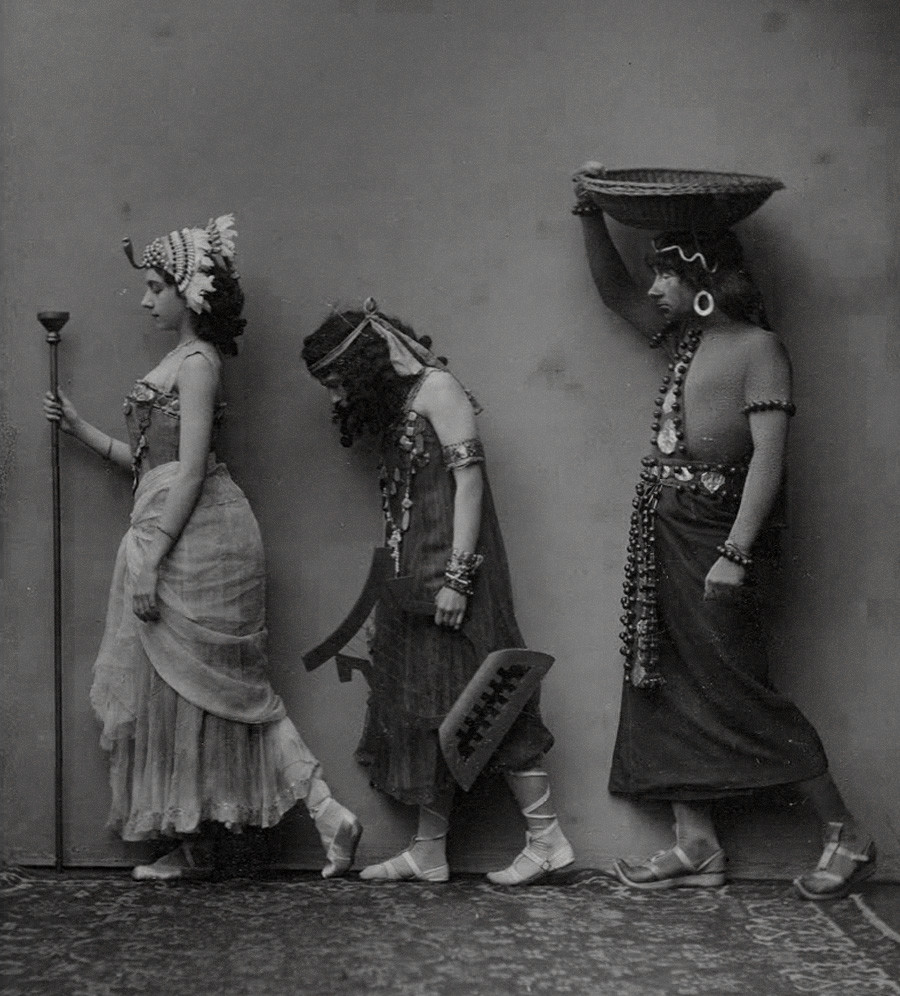 The photo shows Vera Karalli, Sofia Feodorova, and Alexey Kozlov in a scene from Cesare Pugni's The Pharaoh’s Daughter, staged at the St. Petersburg Bolshoi Theater (present-day Conservatory). Critics raved about the sets and the costumes designed by artist Konstantin Korovin, who had been inspired by Egyptian reliefs. 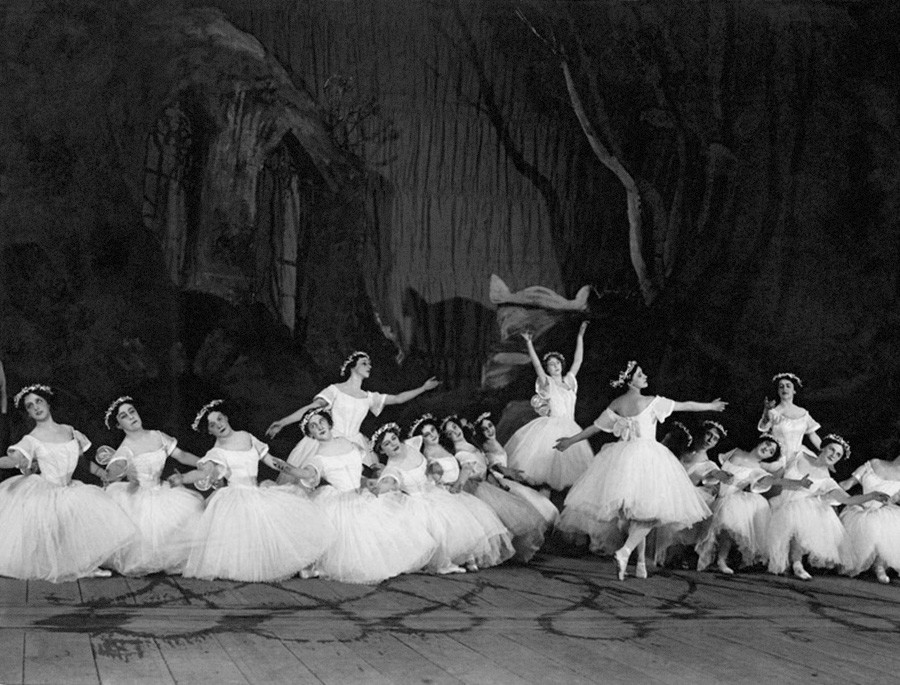 Les Sylphides, which was also choreographed by Fokine, premiered at the Mariinsky Theater in St. Petersburg in 1907. The production was dedicated to the memory of composer Frédéric Chopin. It starred Anna Pavlova, Tamara Karsavina, Bronislava Nijinska and Vera Fokine. In 1909, the ballet was shown in Paris and became one of the jewels of Sergei Diaghilev's legendary Russian Seasons. 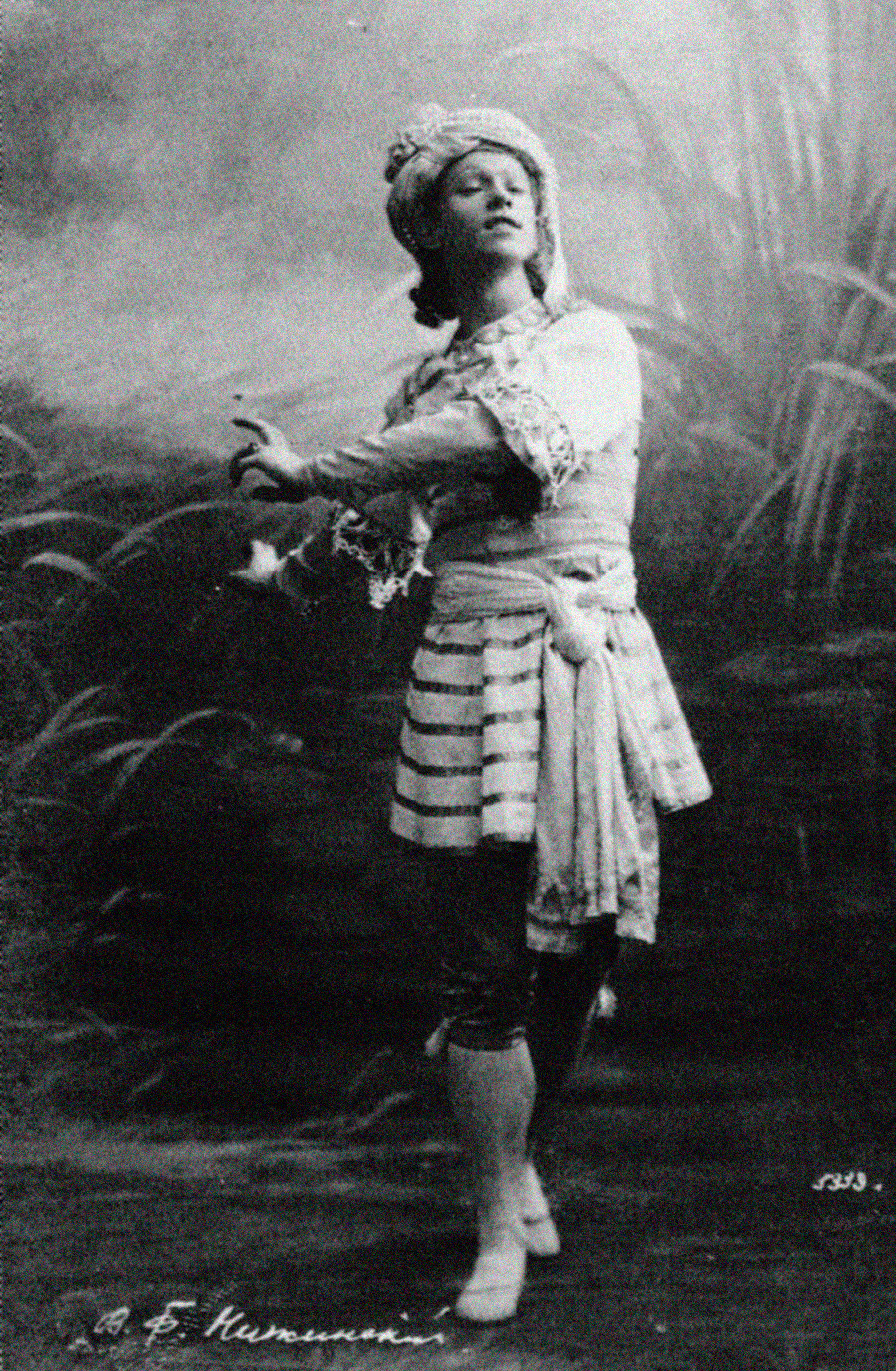 Born to a Polish dancing family, Vaslav Nijinsky was incredibly gifted, making his stage debut at the Odessa Opera at the age of five, and years later earning a place at the Petersburg Ballet School. He made his debut on the Mariinsky stage at the age of 15, receiving rave reviews from critics. He danced with the best ballerinas of the time and was distinguished by his ability to jump incredibly high and remain as if suspended in the air for a long time (in ballet this is called ‘elevation’). In the photo, he is Vayu, the God of Wind, in the restored production of Le Talisman by Marius Petipa. 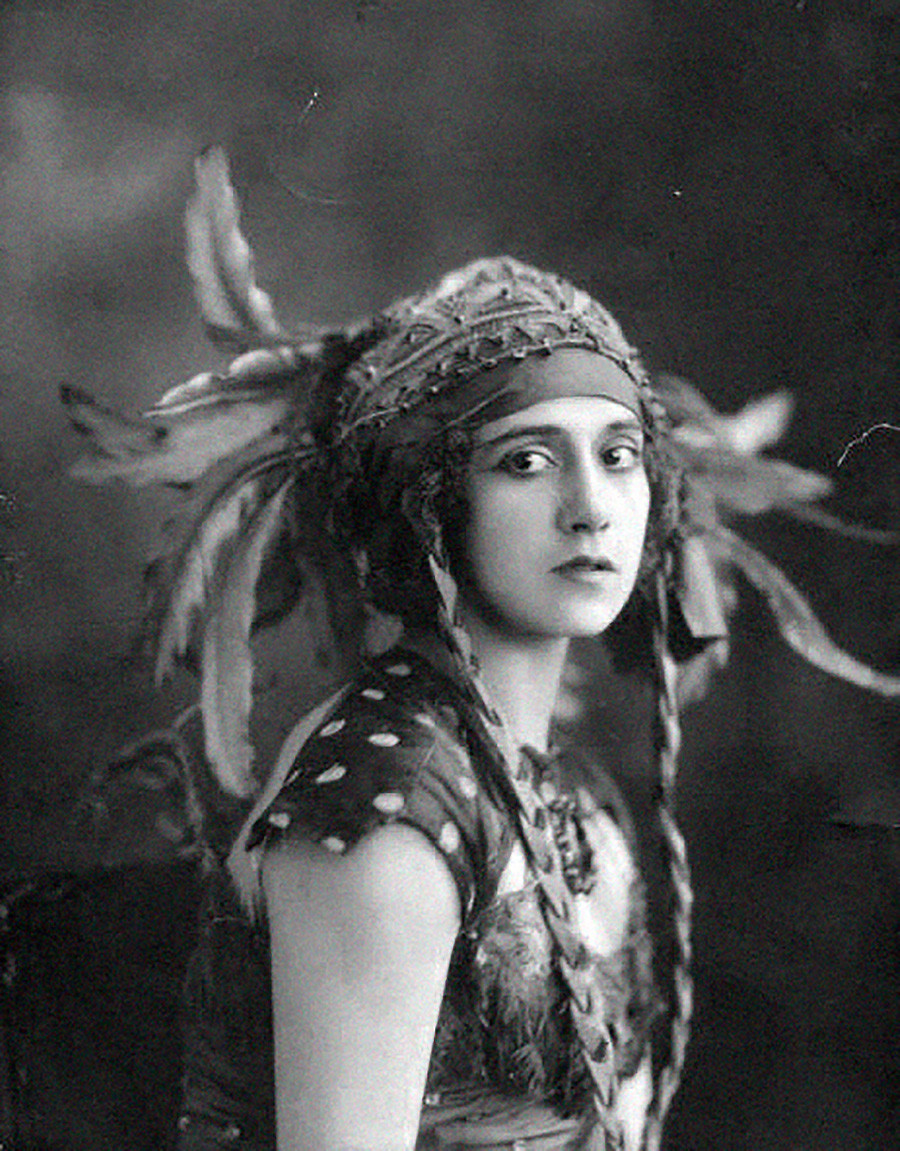 Karsavina was another star and prima ballerina of the Mariinsky Theater and Diaghilev's Ballets Russes. In the photo, she is the Firebird from the ballet of the same name. For many years she danced with Vaslav Nijinsky, and after the revolution she also left Russia. 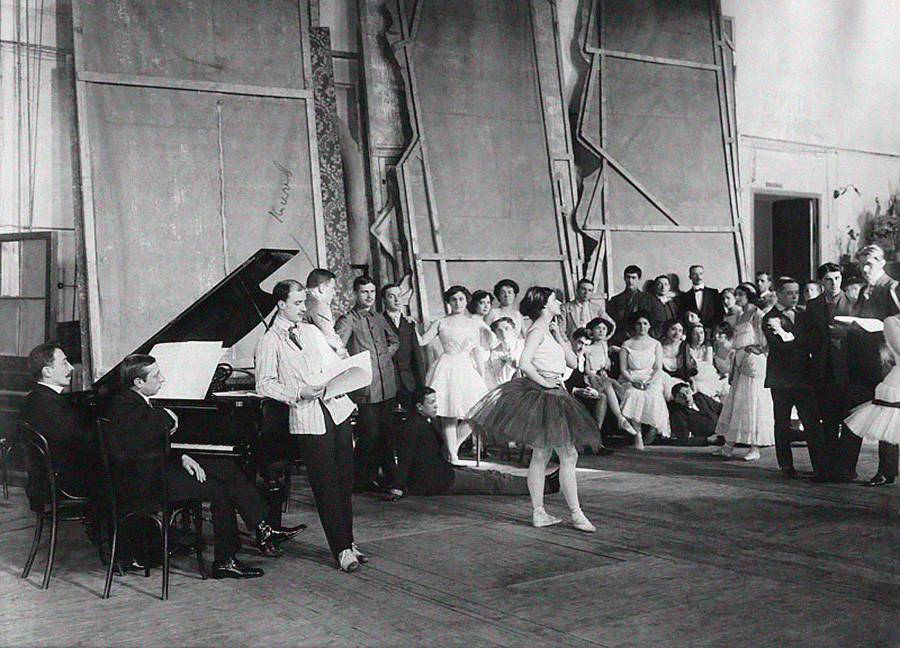 Thanks to Diaghilev, Russian ballet became known to audiences around the globe and established itself as an international brand. The productions of the Ballets Russes company were created for the finest dancers by the most talented choreographers of the time, with costumes and sets designed by leading artists. In the photo, the company is in rehearsal: at the piano on the right is composer Igor Stravinsky, and standing is Michael Fokine. In the center is ballerina Tamara Karsavina. 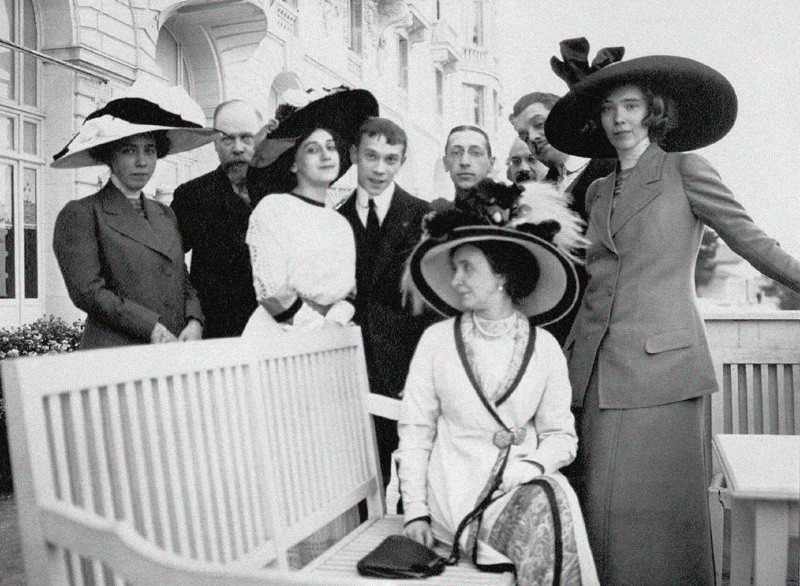 With his Ballets Russes, Diaghilev traveled the world. In 1908-14, they performed all across Europe, especially often in France, but they also visited South America and the U.S. In the photo, standing from right to left: Alexandra Khokhlova, Sergei Diaghilev, Igor Stravinsky, Vaslav Nijinsky, Tamara Karsavina and others. 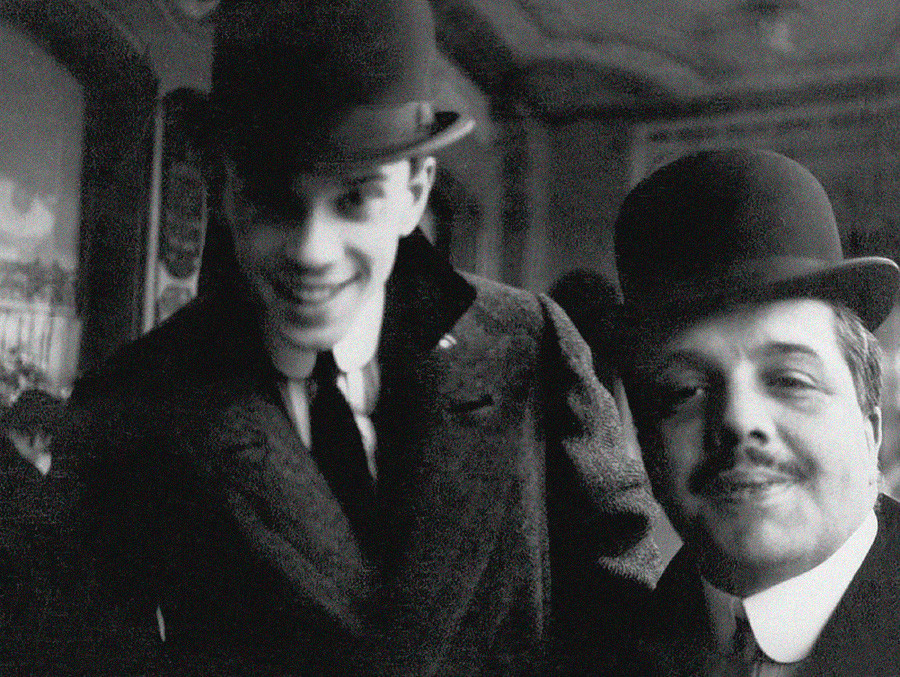 Diaghilev was one of the first openly gay people in Russia. The famous dancer and star of his Ballets Russes, Vaslav Nijinsky, was his long-standing partner. However, when Nijinsky suddenly got married, Diaghilev was so furious that he sacked him from the ballet company, effectively putting an end to the talented dancer's career. 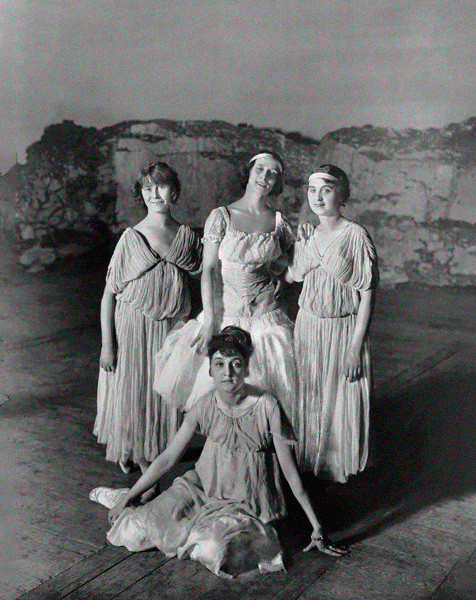 It goes without saying that a ballerina's appearance and the costumes she wore in the late 19th and early 20th centuries were very different from what we are used to seeing now. For example, in photographs of the time we do not see incredibly thin creatures who appear weightless. That said, Russian ballerinas began dancing in pointe shoes from the mid-19th century (although there were also parts that required heeled shoes, which have since completely disappeared from the ballet stage). In the photo, Anna Pavlova (center) is in the company of other ballerinas. 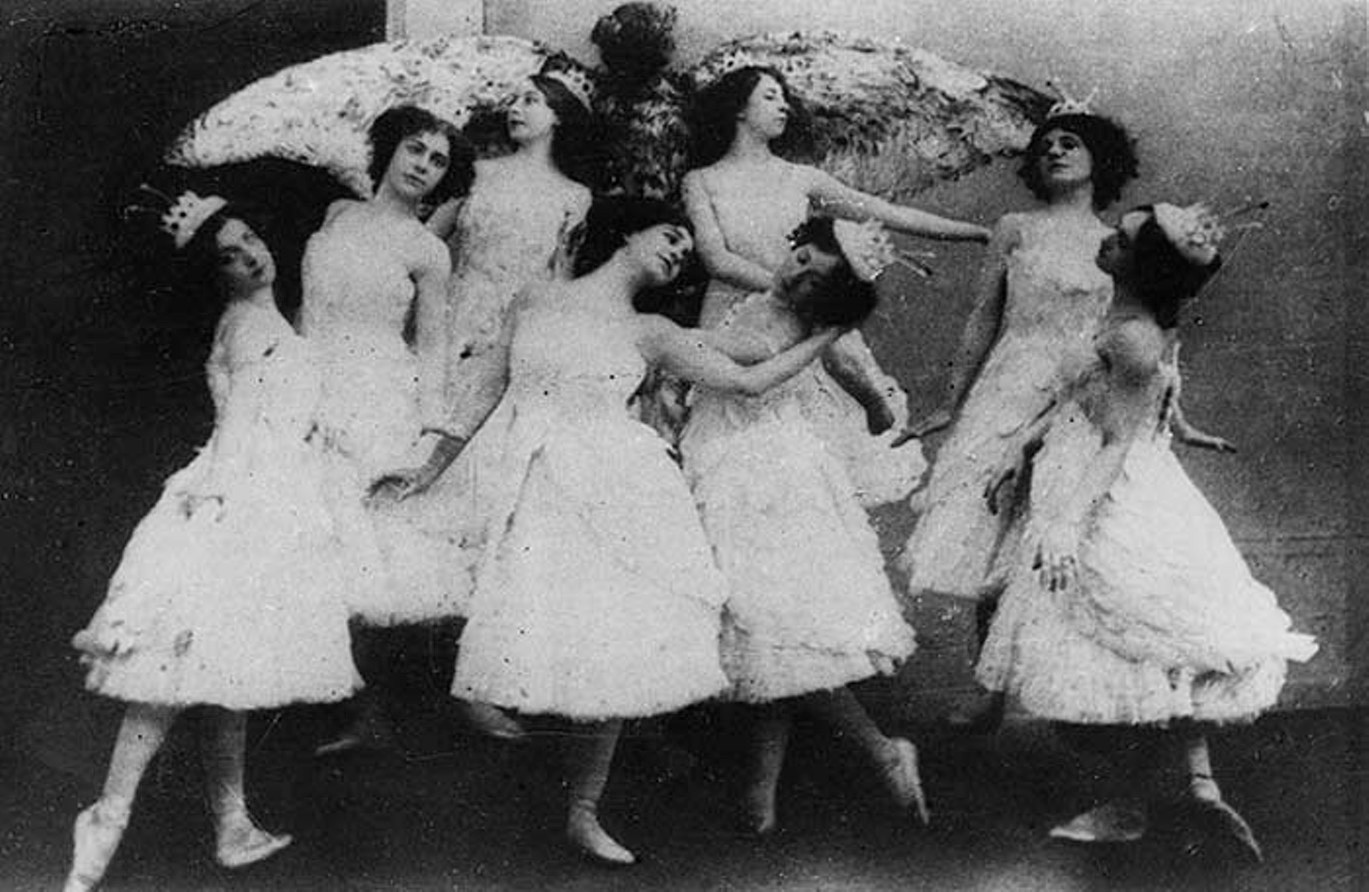 These are dancers in one of the first productions of Marius Petipa's Swan Lake at the Mariinsky Theater. Needless to say, today we have a completely different idea of the famous Dance of the Little Swans. Incidentally, the Russian word for the ‘Romantic tutu', the multilayered skirt used in old romantic ballets and revived in Fokine's Chopiniana, is the shopenka. Shortened tutus that reveal the whole leg appeared only after the Second World War. 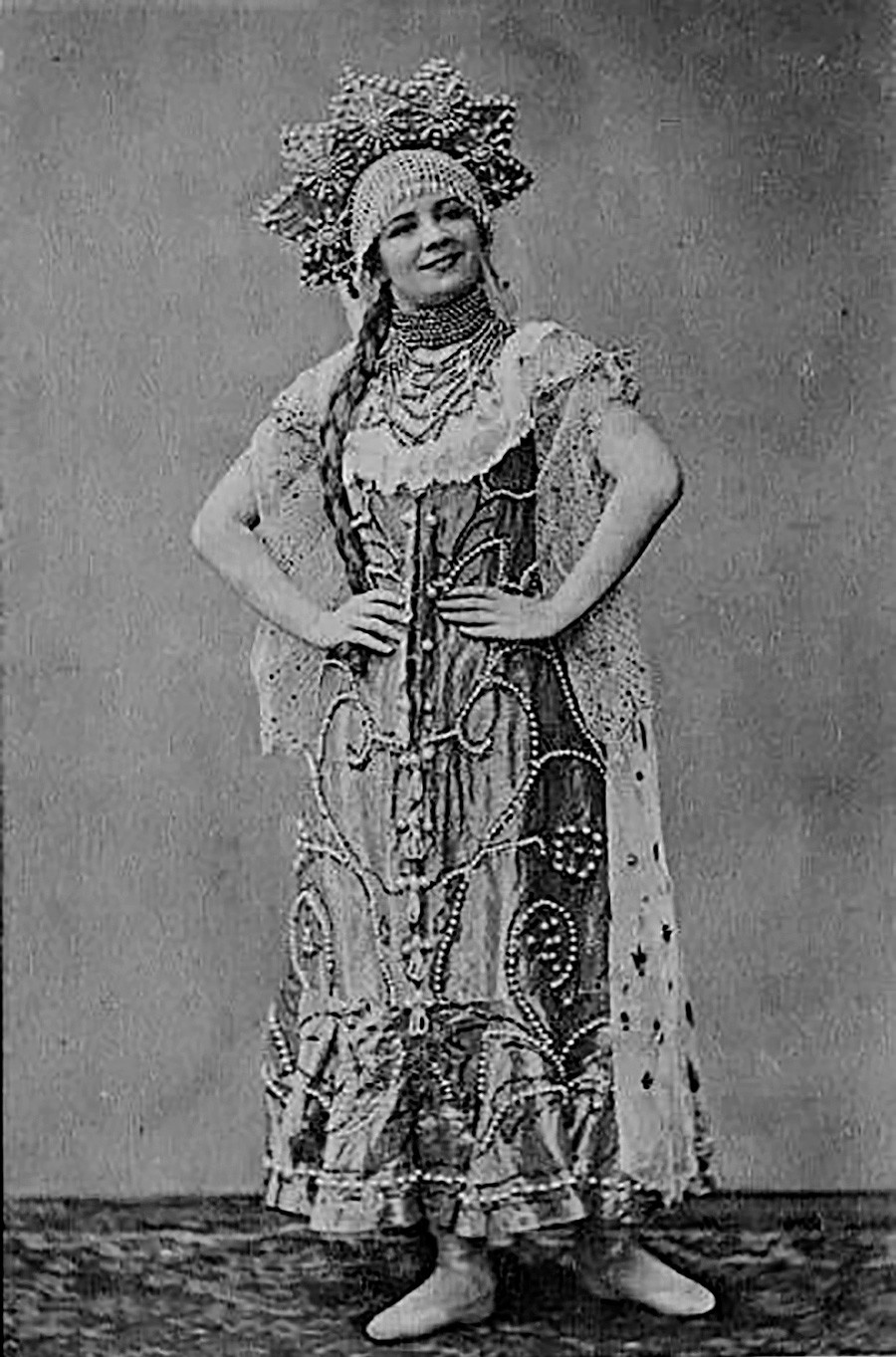 Geltzer also toured the world as part of Diaghilev's ballet company, but she was far from its main star. After the revolution, when many ballerinas emigrated, Geltzer stayed behind and became the queen of the Soviet stage: she danced at the Bolshoi Theater until 1935. In the photo, she is the Tsar Maiden in The Little Humpbacked Horse. 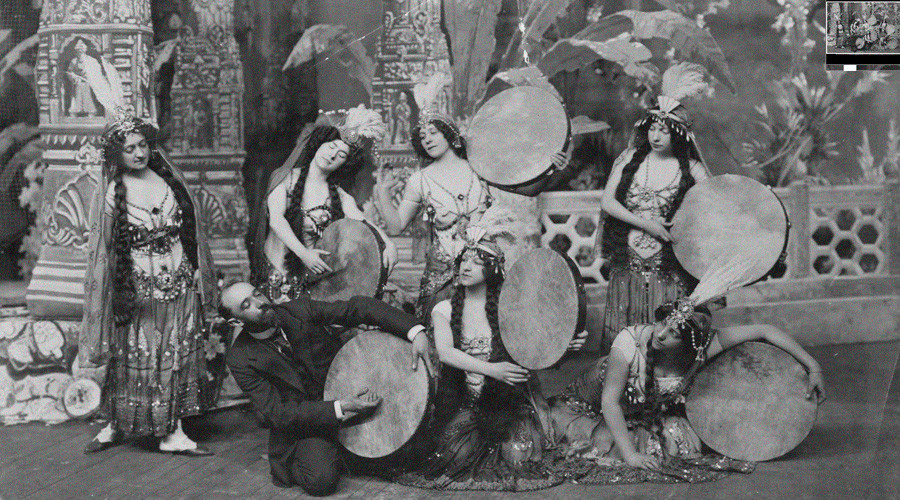 Choreographer Alexander Gorsky spent a long time working at the St. Petersburg Imperial Theaters and was later sent to Moscow, to the Bolshoi. There he instituted a number of reforms, staged new ballets and started the practice of creating photographic records of everything happening in the theater. Thanks to his efforts, we now have a large photo archive of the Bolshoi, including pictures from its tours. In the photo: Alexander Gorsky and members of the ballet company (including Yekaterina Geltser) are at a rehearsal of Dance Dream at the Alhambra Theater.