7 Russian electronic artists you NEED to add to your playlist 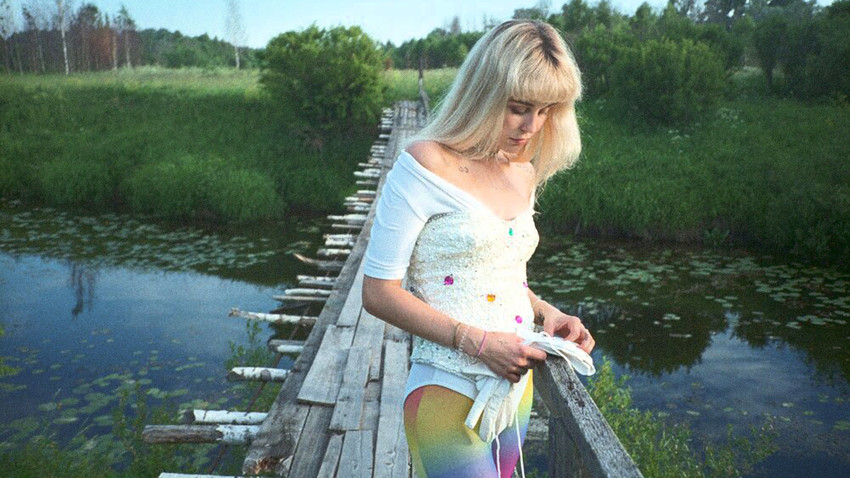 Kedr livanskiy
From Poima to Kedr Livanskiy, here are some of the most eclectic techno and house acts providing an underground soundtrack to modern Russia.

Electronic music from Russia is hardly an odd phrase for Western techno and house fans. In the last few years, the club and rave culture in the largest country in the world has continued to develop even further, with new labels and names appearing on the international scene each year.

If you’ve already familiarized yourself with such important names as Nina Kraviz, Nikita Zabelin, and Philipp Gorbachev, it’s time to go deeper. Here we’ve gathered some of the most eclectic electronic acts from Russia you might have missed!

“Two guys from the South of Russia”, namely the town of Volzhsky, Alexander Lestyukhin and Semyon Kaspian have been making waves on the international club scene for a few years now. Playing together as “Poima” (“floodplain” in Russian), they’ve grown a sizable fanbase around the world. One can often see them doing live sets in Moscow, so keep an eye out if you’re in town!

Anton Kubikov, who hails from Moscow, started his career as a Dj back in 1994. He is known as one of the pioneers of techno sound in Russia - he has played pretty much in each and every club in Moscow and traveled across the country doing gigs. In 2005, Anton co-founded the label Pro-Tez, and has been based in Prague since 2014, where he opened a vinyl store. Today, he regularly appears in Europe and, occasionally, his native Moscow.

Pavel Milyakov, aka “Buttechno”, is another intriguing artist forged by the Moscow underground music scene. Inspired by “Japanese noise, music from computers from the eighties, musique concrète and spoken word poetry”, he not only produces his own releases but also heads his own label (RASSVET). This year, he is playing Germany, Finland and Spain (Primavera Sound 2020) so don’t miss a chance to hear him live.

Moscow producer Yana Kedrina (aka Kedr Livanskiy) is one of the names representing the new Russian electronic scene. She’s been in music for a while now, starting from playing in a female pop-punk group, then joining the John’s Kingdom music community. Her melodic grooves have already drawn the attention of international fans and she frequently appears outside Russia these days - this spring she is playing in the UK.

Oleg Buyanov, the man behind “OL”, is a Moscow-based producer and a leading member of the Russian label “Gost Zvuk”. Heavily influenced by the late 90s music scene, he experiments with a mixture of strange and abstract sounds, reworking them into something close to club music. In 2016,  after dropping an EP on UK-Italian Wilson Records, Oleg joined the Detroit label Fit Sound. He plays in Russia regularly and can occasionally be spotted doing gigs in Europe.

Flaty is a project by Evgenii Fadeev, a Russian musician from St. Petersburg and another artist on Gost Zvuk. Usually playing clubs in Moscow and St. Petersburg, he loves exploring the local music scene, so his mixes revolve around the so-called “Russian hazy-neo-tech-house,” as he says. He also has his own platform, ANWO Records, which is rather a research lab for his creative explorations in the interplay between sound, visual art and technology.

With a tracklist that shifts between grinding techno, glitch, classical music and contemporary jazz, Mujuice (Roma Litvinov) has rapidly developed a reputation as one of Russia’s most innovative electronic musicians. The Moscow-based artist made his first steps in the scene in 2004, and has since then risen to the forefront of Russian electronica, with some naming him “the king of Moscow’s electronic sound.” He refuses to be labelled as a strictly electronic producer, believing that contemporary artists should use all available mediums.