Little Big are taking over Youtube - but who are these raving weirdos? 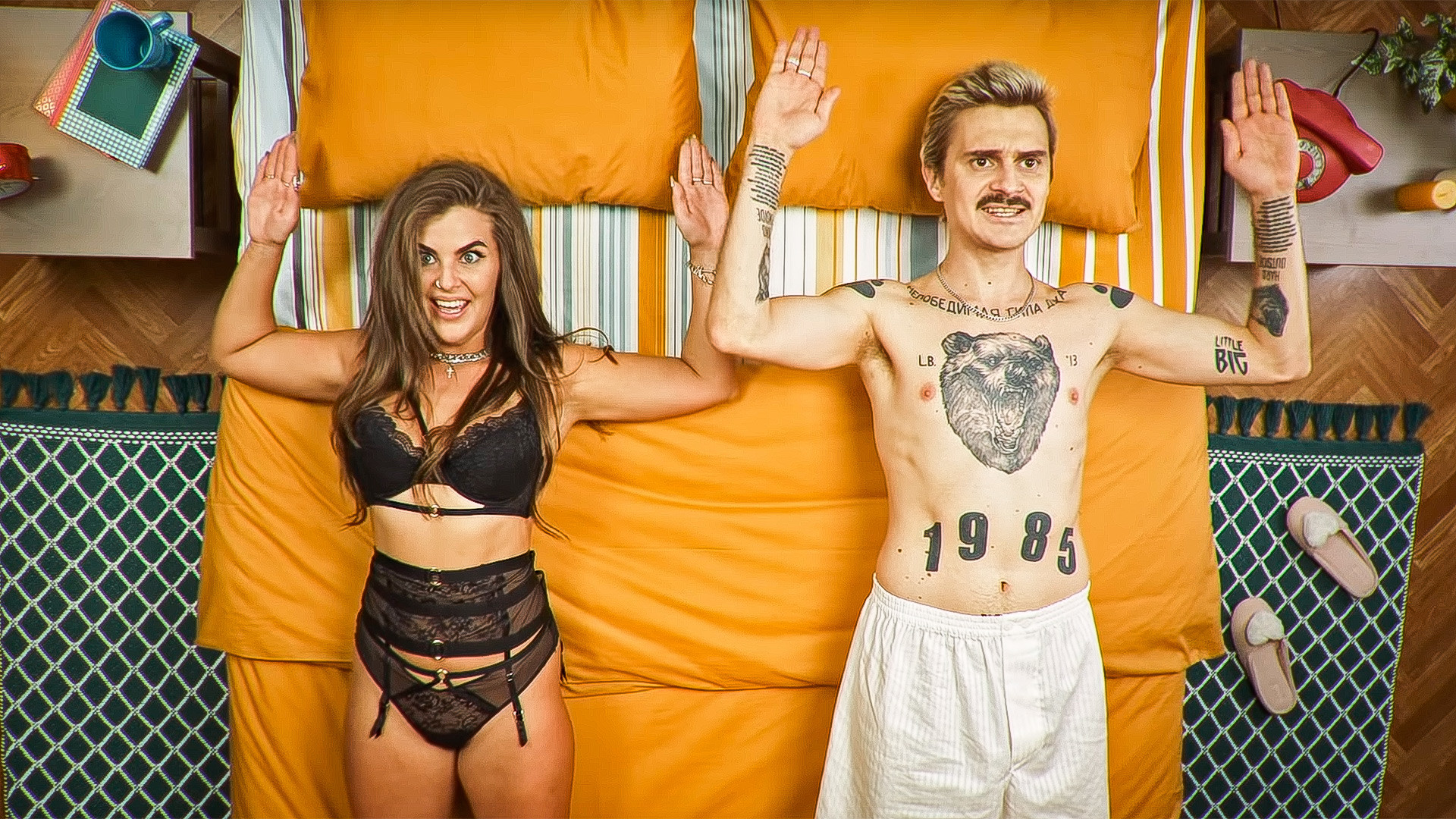 LITTLE BIG
The insane and obnoxious face of the Russian Internet is doing us all a favor: they're weeding out and killing stale online memes faster than you can say “skibidi wap pap pow.”

“This is genuinely horrible. Cheap, nasty, horrible crap. I love it.” The top comment on Russian band Little Big’s “SKIBIDI” video says it all – if you’ve been on the Internet in the past week, you’ll know exactly what it means:

“SKIBIDI,” which comes with its own accompanying dance craze, the #skibidichallenge, does everything a good Internet video should do: it appalls, it gets inside your head, and before you know it, it has you glued to the screen learning its stupid, addictive dance.

Little Big’s musical clickbait is more than just a momentary craze, though. Rather, it’s something the “freak rave” group has been mastering ever since 2014 breakout video “Every Day I’m Drinking” horrified all of Russia with its scary police clowns and vodka-drinking bears. The shameless mish-mash of genres, eclipsed for shock value only by the band’s surreal and ostentatious music videos, leaves their fate to be decided beyond the realm of music, but rather somewhere among the aggressive stupidity of the Internet.

Basically, think Die Antwoord, but with the sexual explicitness of Tatu.

Method to the madness

Is it all just one big joke?

Sometimes, yes. Look, we’re not going to try and find any depth to “SKIBIDI,” and “LollyBomb” is genuinely just about Kim Jong Un exploring his sexual freedom with his sweetheart, a nuclear bomb.

But like a lot of satire, behind the absurdity lies some poignant commentary. In a 2017 interview with Yuri Dud, Little Big frontman and founder Ilya Prusikin, a.k.a. Ilyich, opened up about his past as a psychology student (a field he promptly abandoned when confronted with the reality of dementia while volunteering in a nursing home). This inspired the particularly Freudian tinge to his work.

It’s probably a safe bet to say this left its mark on the 2016 track “BIG D*CK,” a far-from-subdued reminder that penis envy is alive and well in pop culture today (it features a piano-playing member and a naked Prusikin aggressively re-asserting its impressive size). “It’s now cool to say you’re the sh*t, to measure yourself by the size of your d*ick,” explains a pensive Prusikin. “This is a parody of all pop videos. They’re all about sex, it’s such bullsh*t.”

Then there’s the subversively morbid “Hateful Love.” To interpret lyrics like “I hope you die/Please die right now” and the video’s sexual explicitness as mere clickbait would not do the song justice. What we’re actually shown is the extreme, suppressed limits of feminine discontentment. This is a brazen, mythical matriarchy, in which Barbie dolls are barbecued, beauty goes hand-in-hand with Kalashnikovs, and a man’s role is reduced to being a mere bookshelf.

A bad look for Russia?

Little Big’s reputation with onlookers back home is complicated, to say the least. While Russia hasn’t been spared the “SKIBIDI” infection, it’s not so long ago that the band members’ compatriots were calling for their heads.

It’s easy to see why, to be honest – the image of AK-47-bearing psychopaths in kokoshniks is not exactly the PR most Russians want for their country. Prusikin has defended this image by asserting that foreigners are in on the joke, but in an ironic twist of fate, he himself has been repeatedly trolled: “In Russia, people say I’m slandering the country,” he claims, “…or they ask, ‘if you’re really for Russia, why don’t you sing in Russian?’”

Right or wrong, he duly complied. Ilyich’s side project The Hatters, the band’s Russian-language outlet, has now been releasing toned-down Russian satire (think accordions and happy glass-smashing, rather than Kalashnikovs and weird dancing) since 2016. His wife Irina Smelaya, a.k.a. Tatarka, has also been brought to the fore as a rare sincere member of Little Big Family, churning out the country’s most interesting trap bangers of recent years (she raps in Tatar):

But at the end of the day, to rate Little Big on artistic quality or ethics is sheer madness. Experimental as they may seem, they are not “musicians” in the traditional sense of the word, perhaps better fitting the guises of trolls or performance artists.

In fact, we should probably be very grateful to Prusikin and co. After all, they are killing stale online memes at an impressive rate, simply by exposing these memes’ outer limits. With the psychologically manipulative core of pop culture trends now laid bare, these trends die with Little Big by coming to a point where they can no longer be exhausted.

As for “SKIBIDI” – yes, it’s probably just a cash cow. But be honest: have you ever actually enjoyed any other online hashtag challenge? The #InMyFeelingsChallenge, anyone? Of course not. Just accept it – you are a vulgar being who needs to be shocked once in a while. All Little Big did was show you the naked truth.