Balalaika: The most Russian of all folk musical instruments 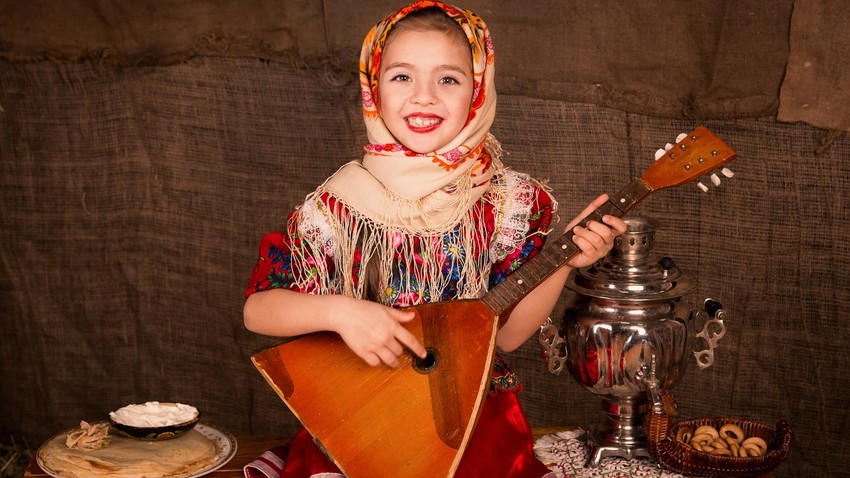 Legion Media
When did balalaikas first appear, who played them and, most importantly, still play them? Here's all you need to know about the balalaika.

When did the balalaika first appear in Russia?

Historians differ on when exactly the balalaika first appeared in Russia. The first written records mentioning it date back to 1688-1700, during Peter the Great's reign. In his book Anecdotes from the Life of Peter the Great, historiographer Jacob von Staehlin wrote that Peter “had no chance to hear anything other than the rough sound of drums, a field flute, a balalaika, a shepherd’s horn and a Ukrainian bandura”.

Peter grew fond of folk music during his travels in Europe. Since the tsar loved fun and amusements, he often invited balalaika players and other folk musicians to perform at different festivities. 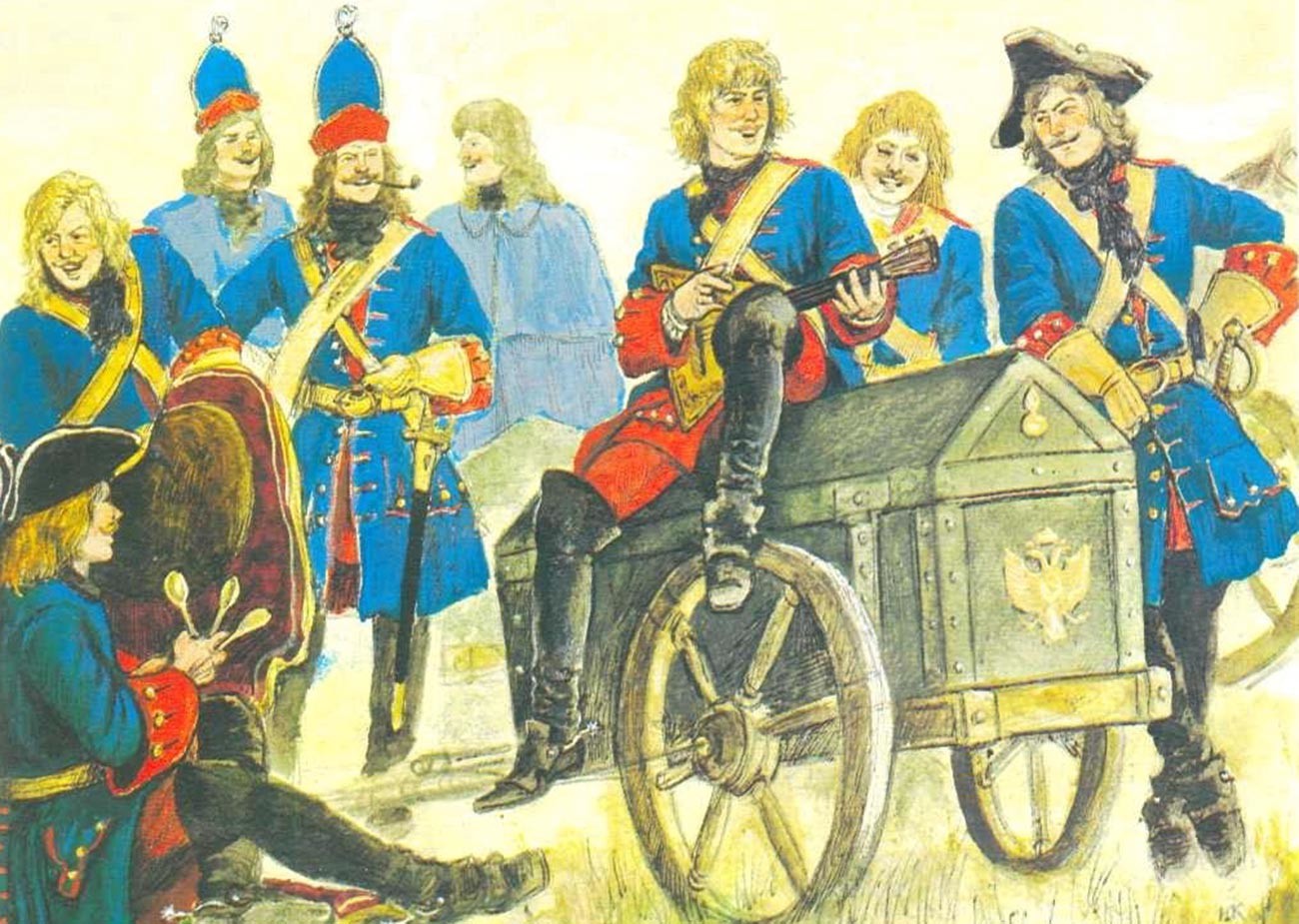 Balalaika player. Illustration from 'Army of Peter the Great' book

There is, however, another opinion as to the time when the balalaika first emerged: in his 1865 etymological dictionary of 25,000 foreign words "that have come into use in the Russian language”, Alexey Mikhelson concluded that balalaika was a Tatar word. Its definition read: "A three-stringed musical instrument in the form of a guitar, played by strumming the strings with fingers." There is a theory that the balalaika was introduced to Russia during the Tatar-Mongol yoke (13th-15th centuries).

How the balalaika became a folk instrument

In Peter the Great's times, the balalaika was the instrument of peasants and skomorokhs (wandering actors). Playing it was considered an idle pastime. The very sound of the word balalaika was associated with the Russian verbs balakat', balabolit', which meant to chatter, to engage in idle talk. 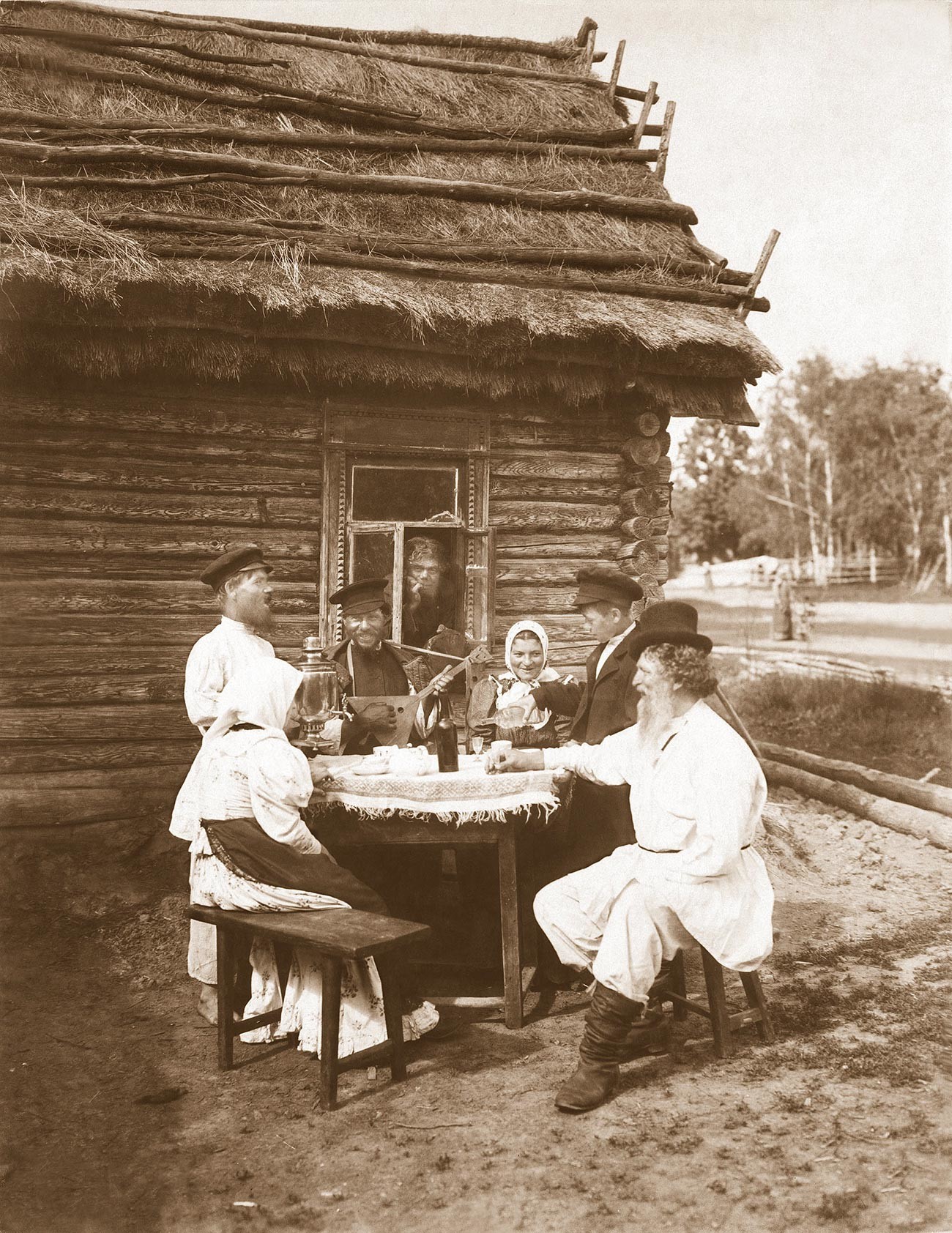 After Peter the Great, the balalaika remained an instrument played by peasants and completely forgotten among the nobility. Interest in it revived only in the late 19th century, together with a fashion for everything authentically Russian. That was the time when buildings and churches were built in the pseudo-Russian style and clothes influenced by folk costumes were designed.

At the time, a St. Petersburg musician, Vasily Andreyev, founded an orchestra called The Club of Balalaika Lovers. In addition to balalaikas, it included domras (a kind of lute), wind instruments (flutes, horns) and percussion instruments. Its concerts were a great success, and the Russian nobility began to develop an interest in folk music. 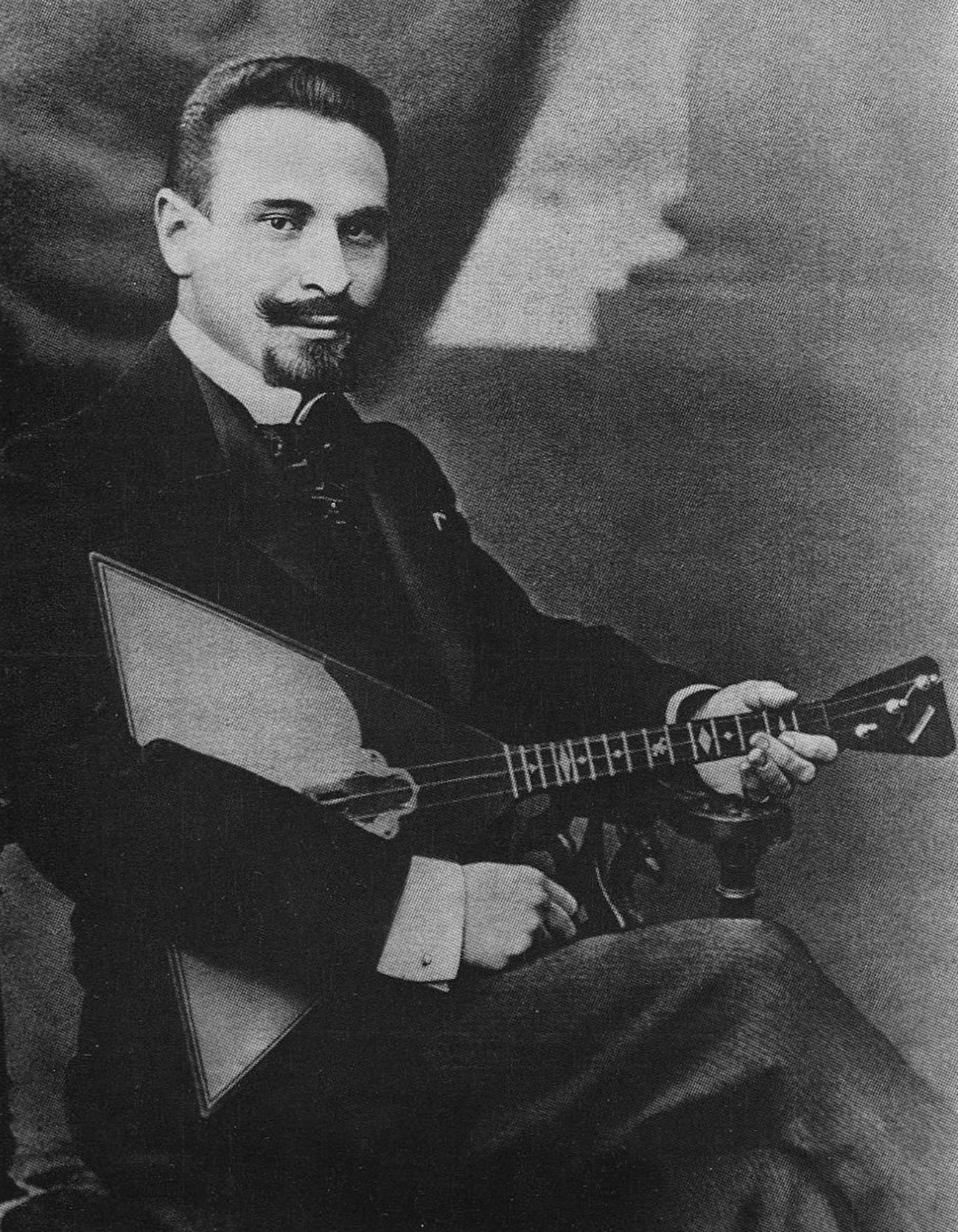 Furthermore, that was when the balalaika gained worldwide fame - Andreyev's orchestra gave concerts in the Russian Pavilion at the Universal Exposition in Paris in 1889 and was a great success.

Together with other enthusiasts, Andreyev introduced improvements to the old instruments: the modern balalaika looks like it does today largely thanks to him. His craftsmen created a whole family of balalaikas - prima, viola, piccolo, bass and double bass. 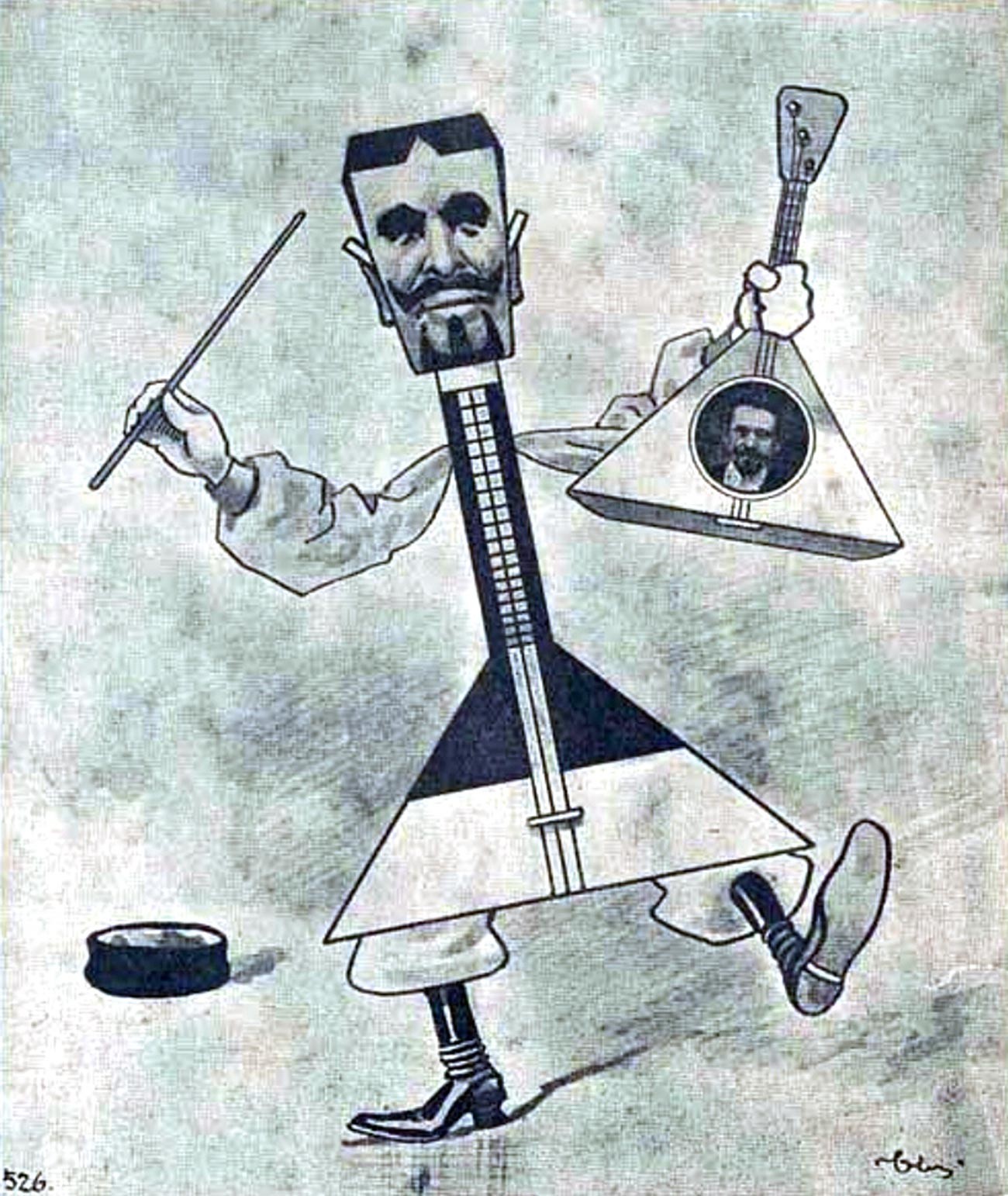 Who plays balalaika these days

Today, the balalaika, along with ballet and avant-garde art, is one of Russia's most popular cultural exports.

A huge contribution to popularizing the balalaika in the West was made by British musician Bibs Ekkel. He is not only one of the best virtuoso performers on the instrument, but he also taught Russian folk music at university, and recorded a series of balalaika concerts for BBC Radio.

Another modern virtuoso – Russia's Alexei Arkhipovsky - is called the Paganini of the balalaika. After many years of playing in a folk orchestra, he began a solo career, mastering, it seems, absolutely all the possibilities of the instrument and performing music specifically composed for the balalaika.

Balalaika concerts are held all over the world, and many performers no longer dress like Russian peasants, on the contrary, they often wear tuxedos, thus proving that the balalaika, although a simple instrument, is in no way inferior to any instrument in a classical orchestra.

One of the most famous contemporary Russian groups - The Balalaika Trio – have made the balalaika fashionable. They perform both classical pieces with an orchestra and cover versions of foreign hits.

By the way, balalaika cover versions are very popular and gather an incredible number of views online. Here, for example, is the global hit Despacito in a Russian folk arrangement performed on a double bass balalaika, domra and accordion.