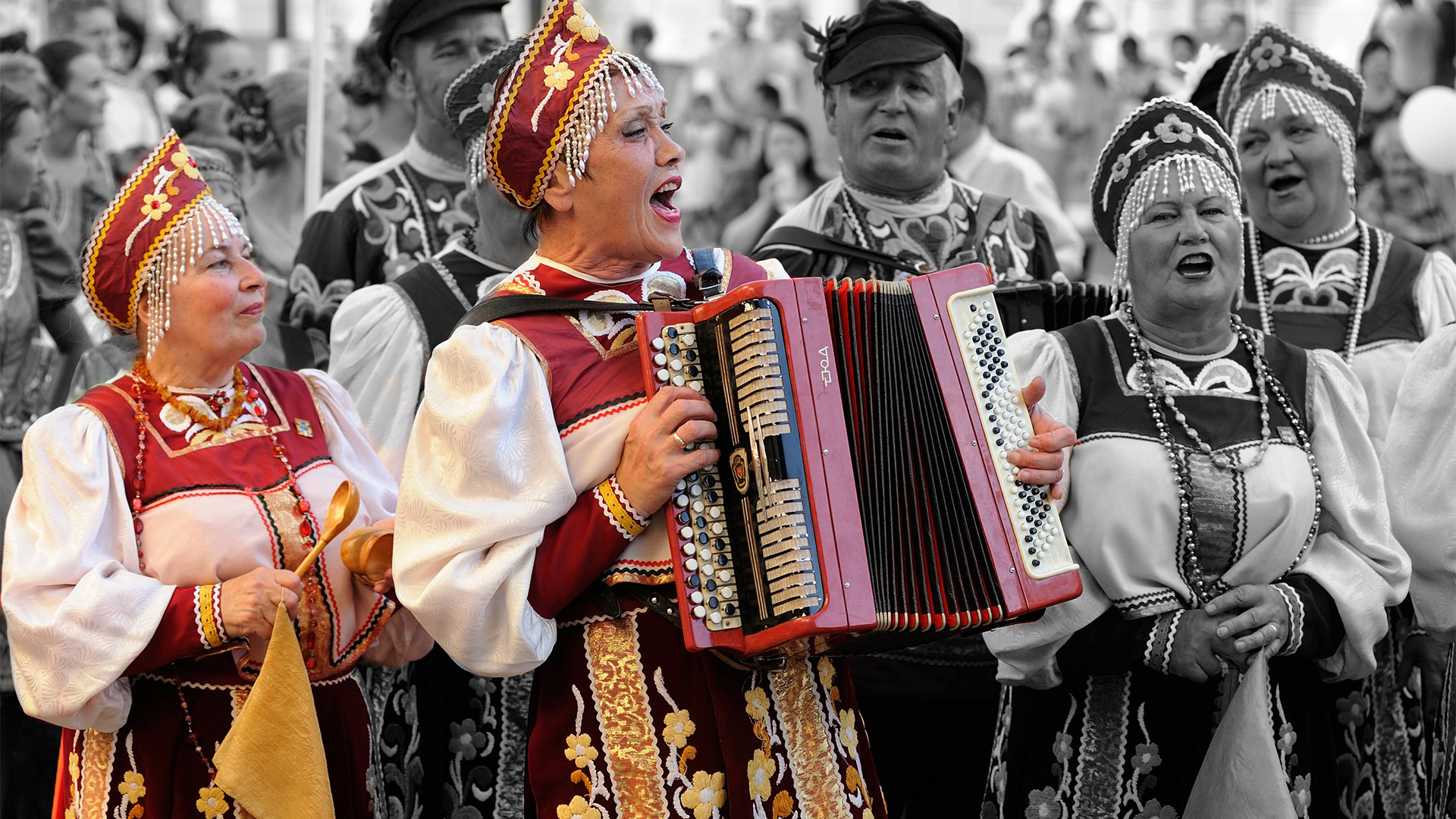 Legion Media
Have you ever seen a ROUND balalaika? And it’s even not the weirdest on the list. 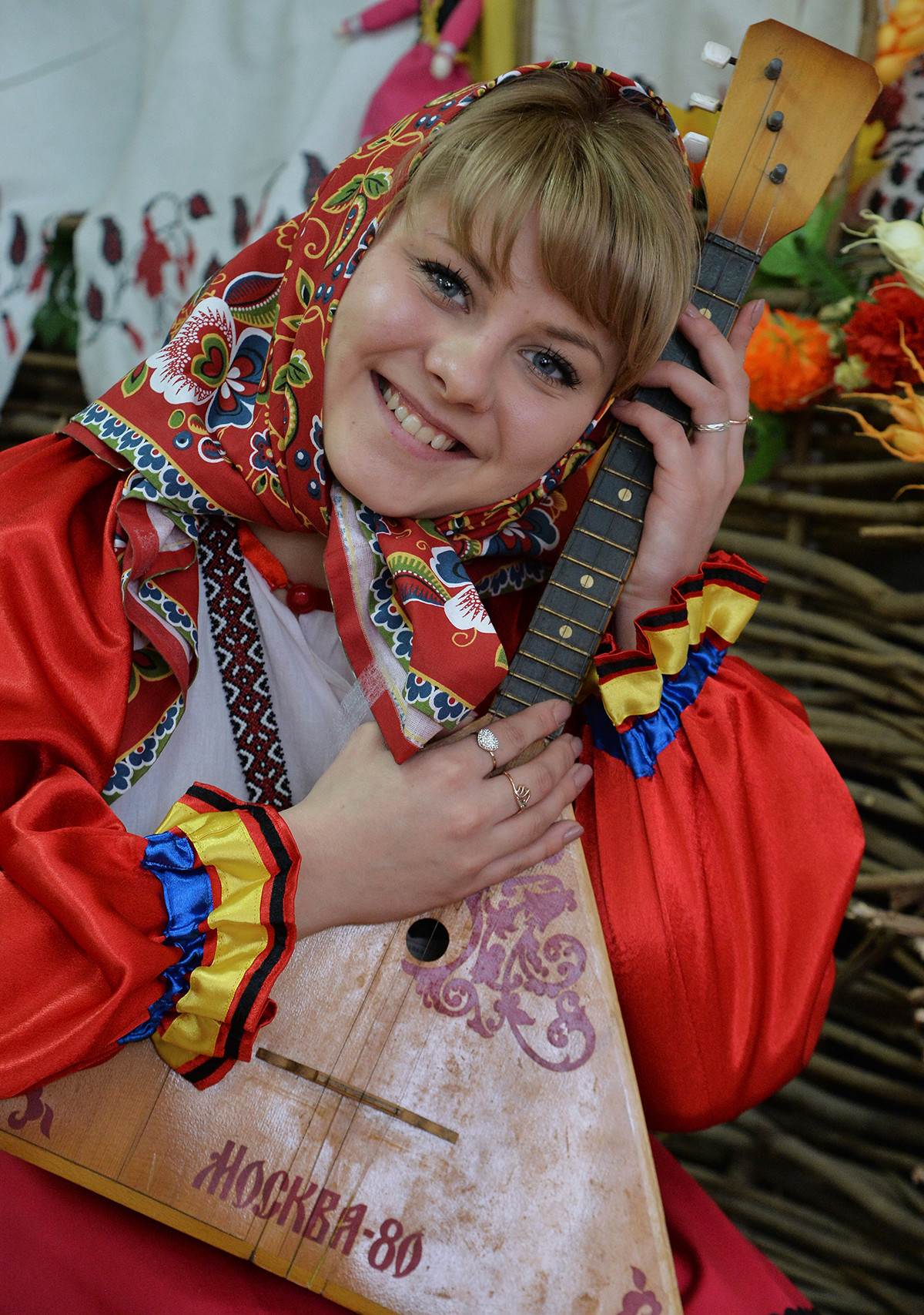 This instrument, most probably, originated from the words “to talk”, “to babble”. Musicians would play the balalaika and “babble” some folk lyrics - it was a rather popular leisure among peasants. At the Exposition Universelle in Paris in 1889, Russia showed not only its achievements in agriculture and science, but also organized a Russian folk orchestra concert. That’s how the balalaika became a world famous Russian instrument - and one of the most recognizable symbols of Russia.

And check out how cool the balalaika can look in this music video by Neuromonk Feofan: 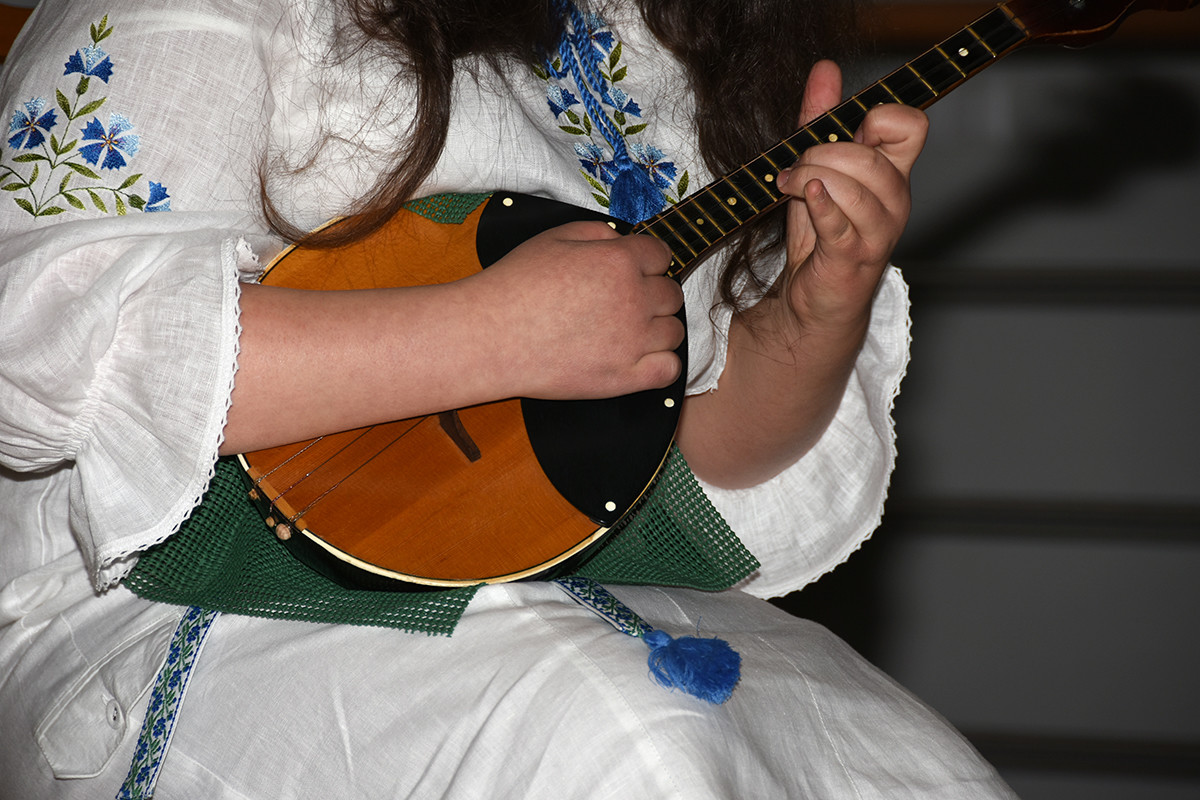 This traditional Russian instrument is the babushka (grandma) of the balalaika. It appeared in Slavic lands after the Tatar Mongol yoke, evolving from the Mongol’s plucked string instruments. The difference between a domra and a balalaika is that the balalaika’s body is triangular and you play with your fingers, while the domra is in the shape of a hemisphere and you play with a mediator.

The domra and balalaika are the basis of any Russian folk orchestra. They both vary in size (prima, piccolo, alt, bass, contrabass) and together produce a vivid and deep sound. 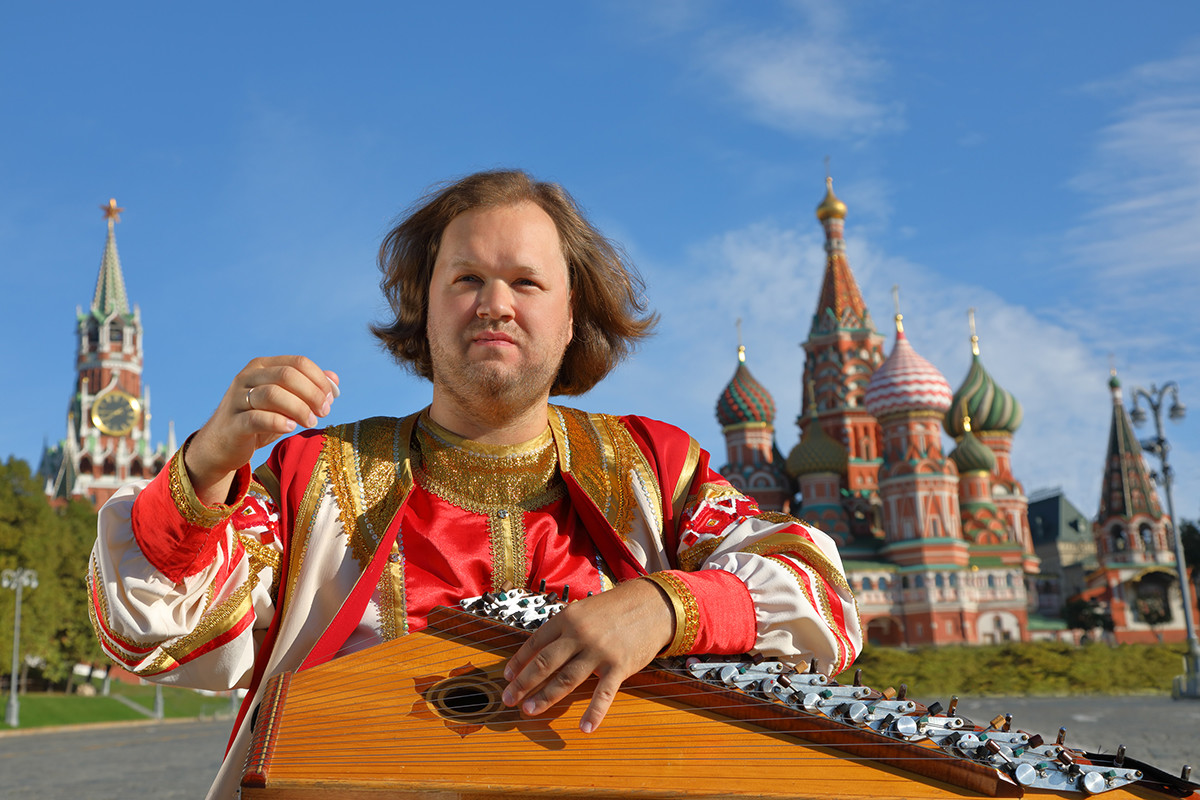 When you hear a gusli, you imagine you are walking in a forest, hugging a birch tree and enjoying the birds singing.

This ancient musical instrument has been around since the 9th century. It has from 5 to 60 strings, and the player - a guslyar - can use both fingers and a mediator, depending on the gusli’s size.

Actually, it was often used as an accompaniment to telling fairy tales (gusli means “hum”, “buzz”). Today, you can even come across modern guslyars in the Moscow Metro! 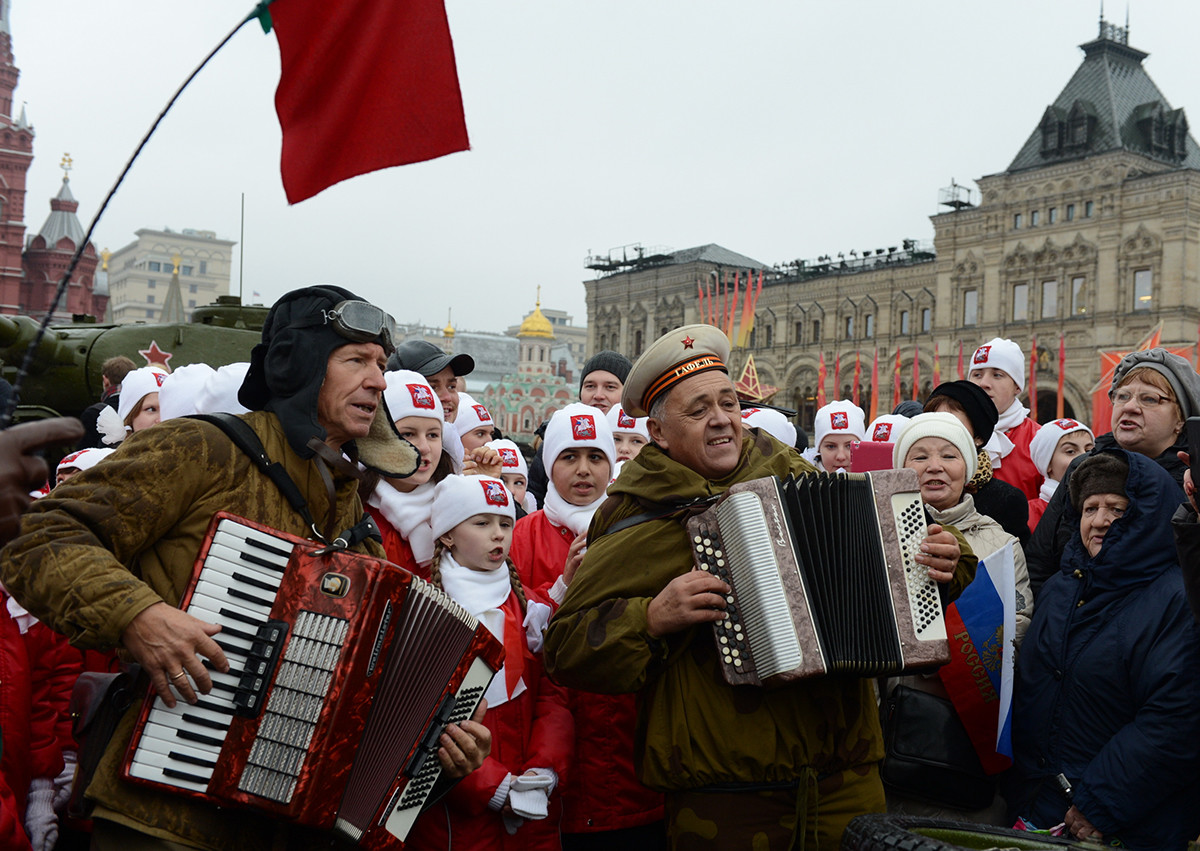 In Russia, there are several kinds of instruments that all mean “accordion” in English: the garmon, the bayan and the accordion. They appeared in Russia, according to different sources, in the late 18th or early 19th century. The place of origin is not clear, either: some say it came from Europe, some - from China and some claim it was invented in Russia. In any case, Russians liked them and adopted them for singing folk songs and retelling romances.

The garmon is the most compact among them and the most easy to learn. If a guy played a garmon, he could easily become the real star among the ladies!

The bayan is bigger, has more musical octaves and a deeper sound.

The accordion has piano-like keys on the left, instead of buttons. All of these instruments are still popular in Russia. 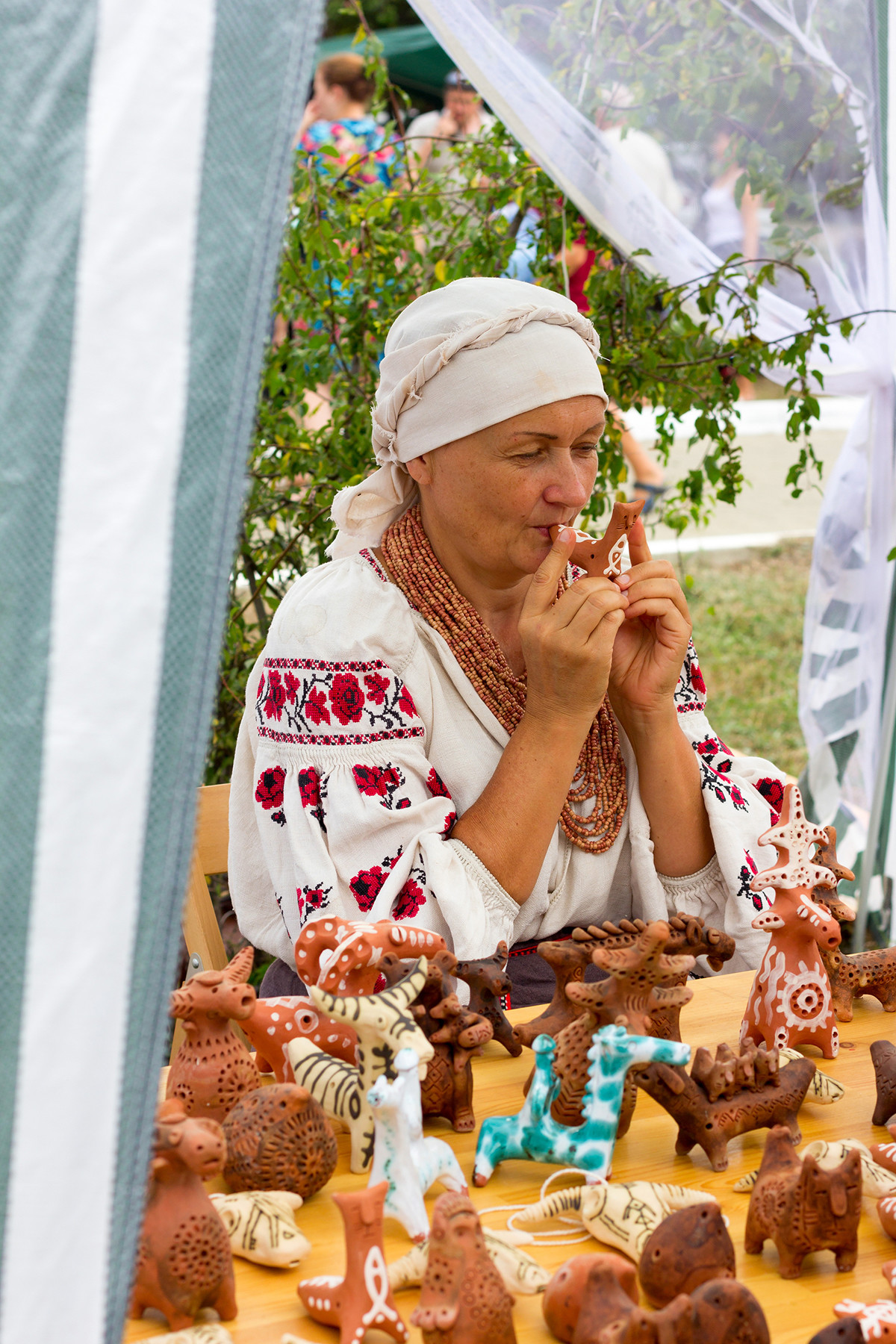 The simplest and smallest instrument imitates birds singing (and makes a great pairing with a gusli).

Made from ceramics (usually in the shape of a bird), it has 1 to 4 holes. While closing some of them with your fingers and simultaneously blowing you can make different sounds. 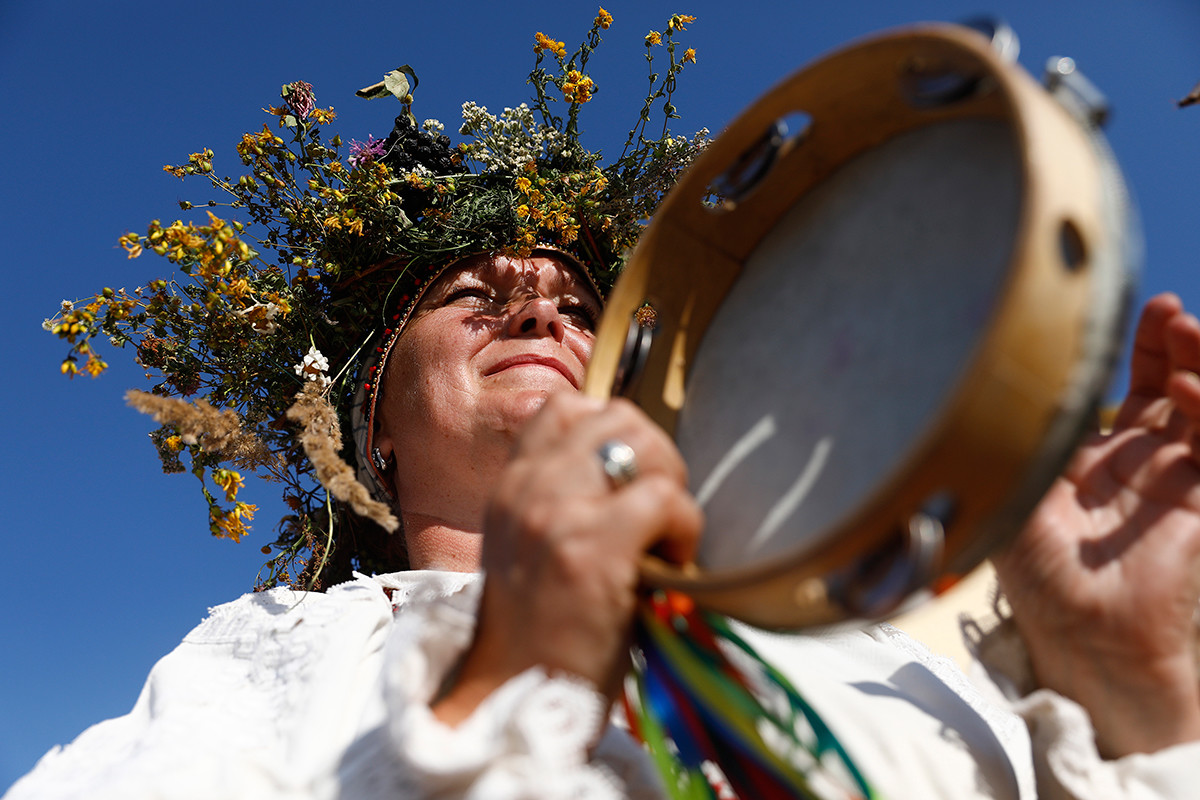 Such Instruments are widespread among many national folk, and are still used, not only for music, but also for various rituals (at least, among the Altai and Nenets shamans). Slavs called the instrument made from leather on a wooden frame with dozens of small bells the buben.

In Russia, “buben” is a colloquial synonym for “face”, used mostly by gopnicks. “Dat’ v buben” (“дать в бубен”) means “to punch (someone) in the face”. 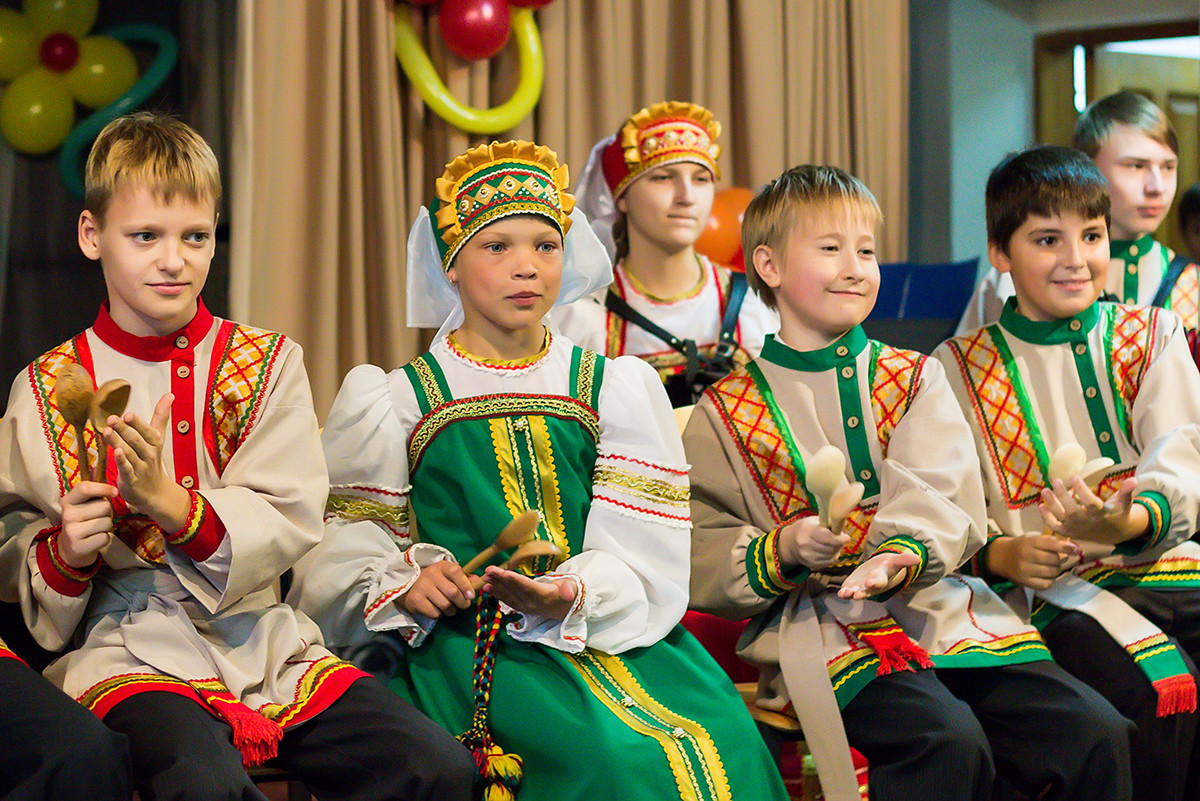 A very useful instrument which also comes handy for dinner, too. It’s so simple to play lozhki, that there are lots of kids folk orchestras playing with just spoons. They are called ‘lozhkari’.

In fact, they use only wooden spoons. A musician can play two to five spoons simultaneously. And the sound depends on the kind of tree and the size of the spoon. 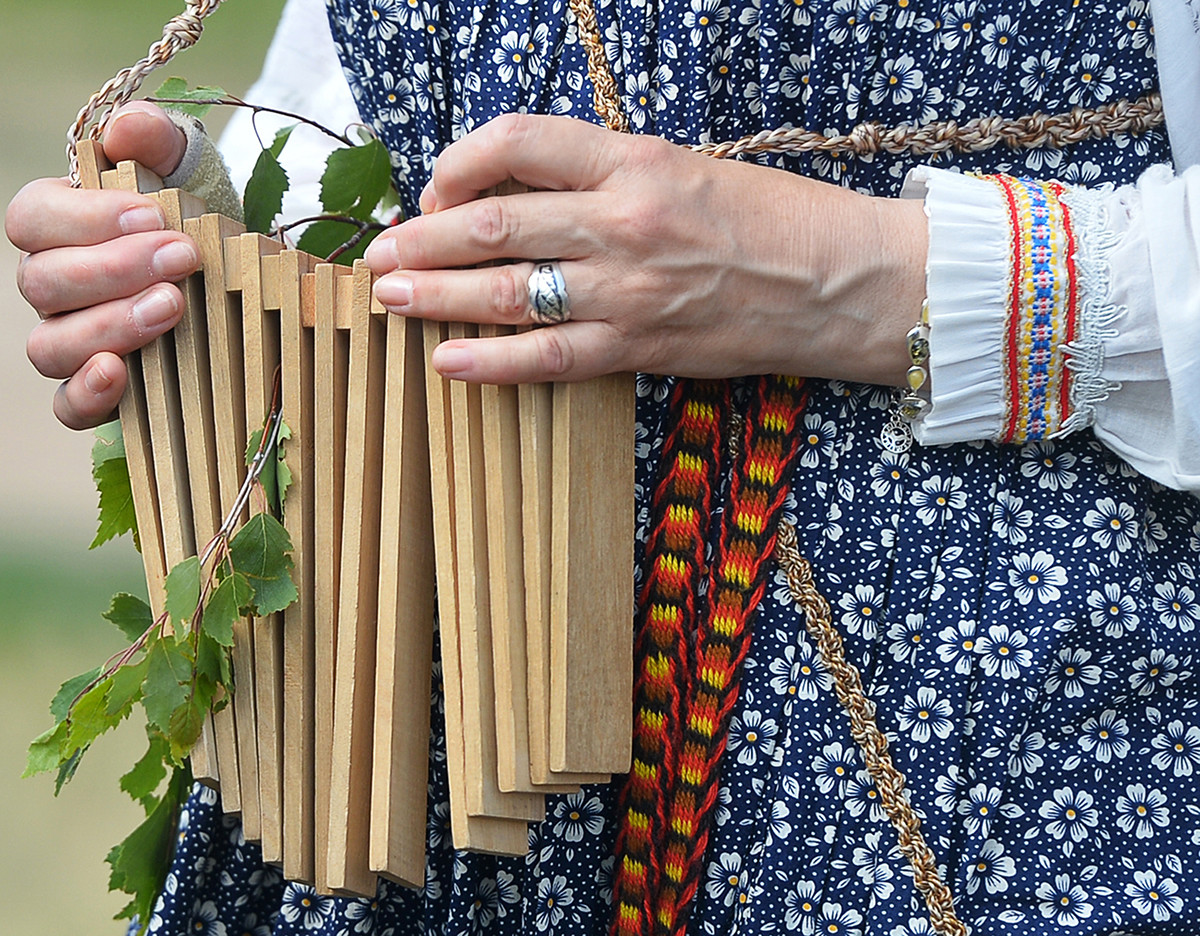 The ancient Slavic way to make some noise! This instrument consists of several oak “plates” on a rope and sounds like stepping on dry branches in a forest. In folk bands, treshchotkas are used for singing funny songs (“chastushkas”). 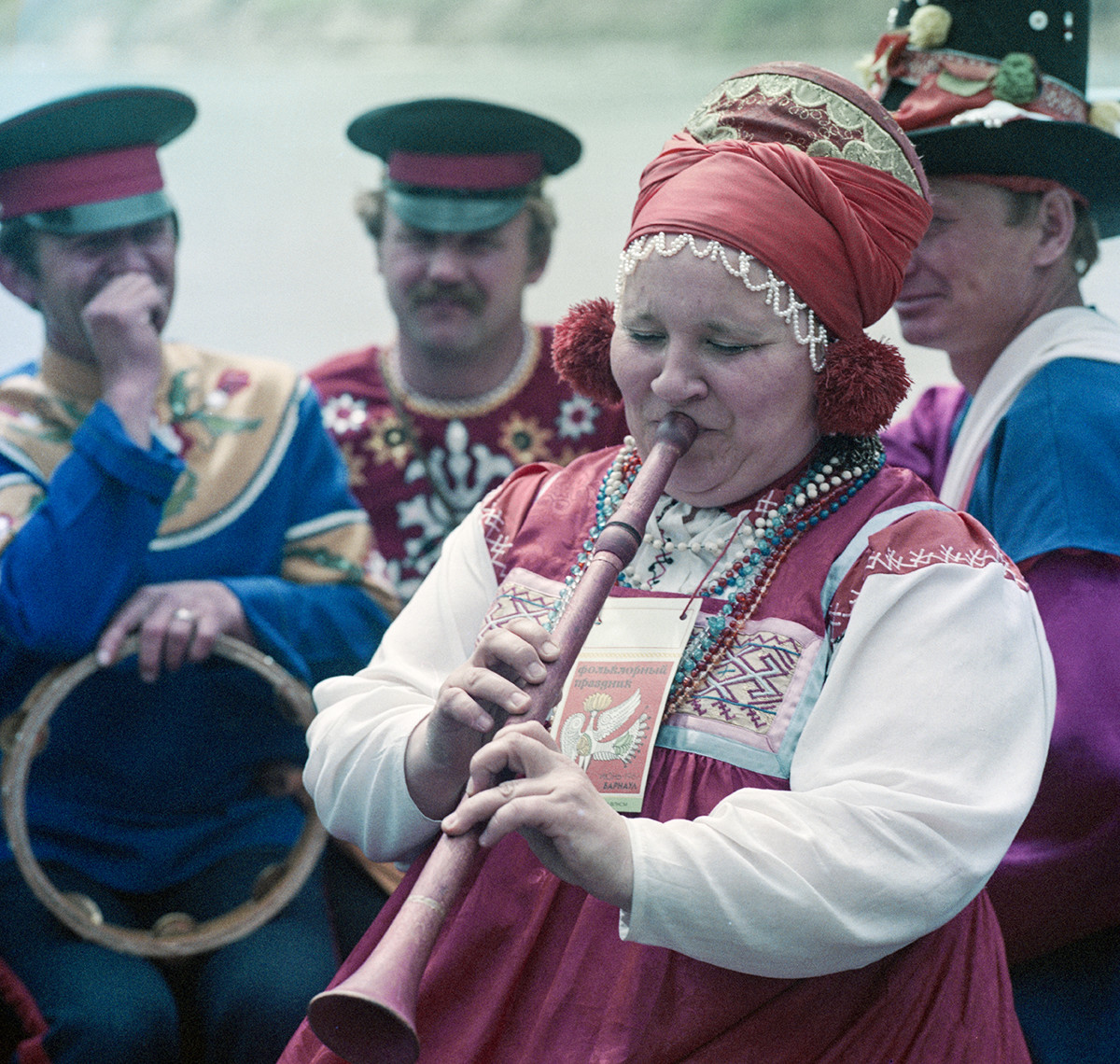 There are many kinds of Russian folk flutes that are made from different kinds of wood and have different perforations. Among them is the willow svirel (derived from “to whistle”), the maple pyzhatka (from “pyzh”, meaning “sleeve”), the birch zhaleika (probably, from “to pity”), the juniper rozhok (meaning “horn”) and more. They all are called ‘dudka’ in Russian and used not only for music, but also at pastures, for hunting and during rituals.

Meet the Slavic xylophone! The construction is very simple: take some wood (birch or maple is considered best) and beat it with a stick. Every piece of wood has a groove: the deeper the groove, the higher the pitch.