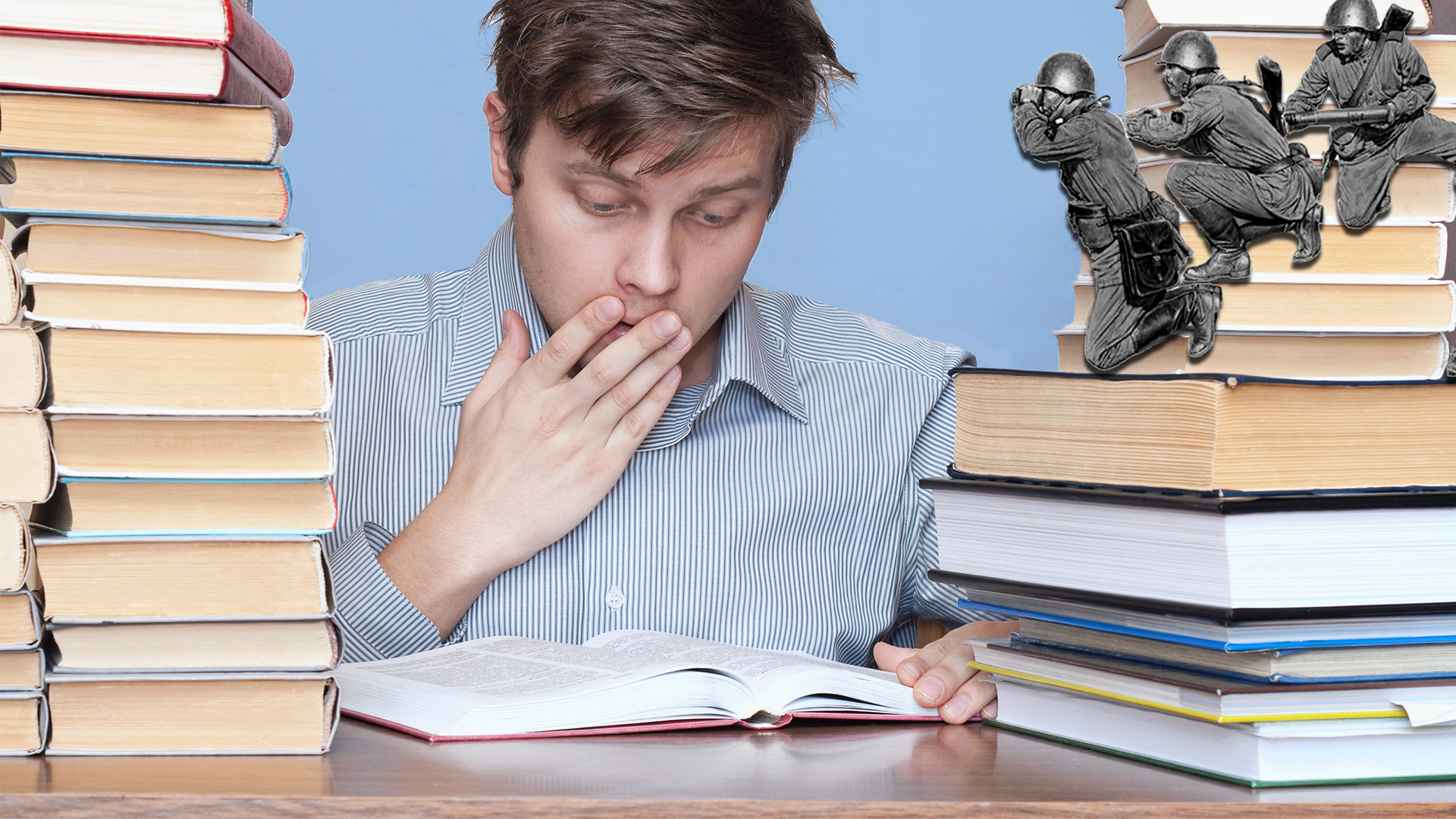 Legion Media
If you previously had no chance to read these great masterpieces then now is the time.

Last week we compiled a list of Russian books that could help you survive self-isolation. Our readers, however, have suggested other books that are actually a good read for anytime. We are happy to share them with you! 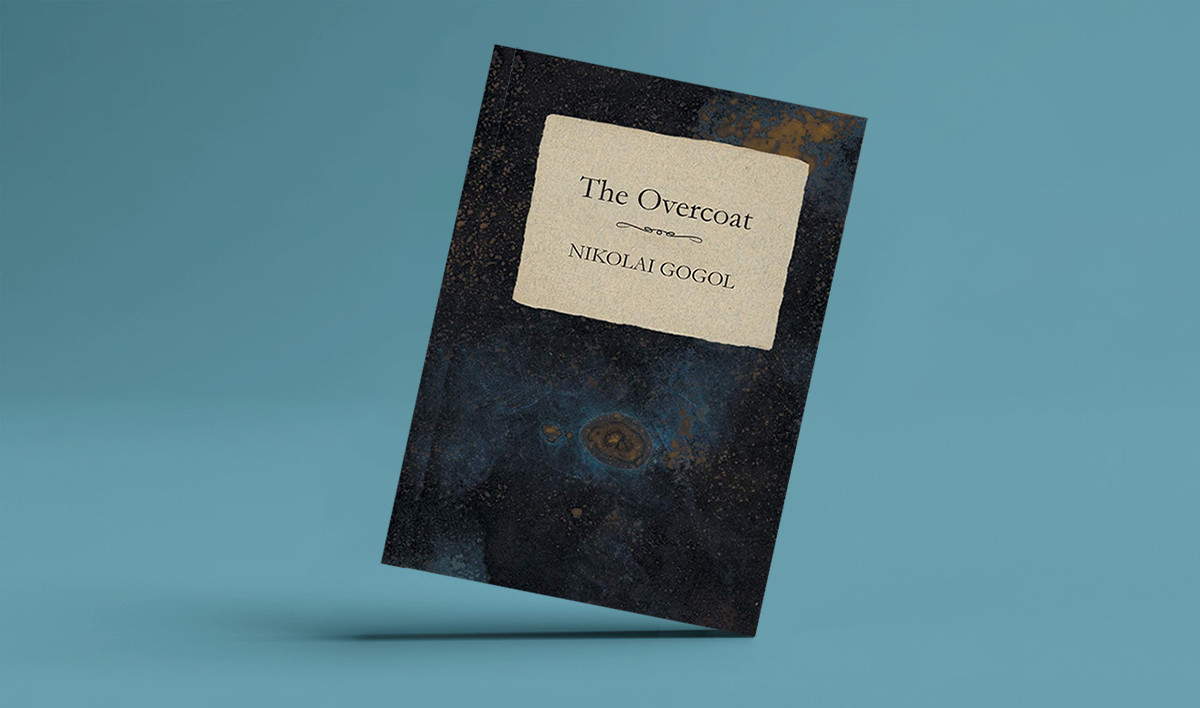 The Overcoat has close associations with our current situation. A poor clerk worked in the state chancellery and was busy with the endless rewriting of official documents. He loved his work, and even upon returning home he was excited to keep on rewriting official papers, enjoying the beauty of the fresh ink and his own handwriting.

His lifestyle never changed, and since he was an introvert he didn’t go out. He was constantly vexed by the thought that his young coworkers laughed at him, and so he found consolation in staying at home.

Once, however, he got into a predicament - his tailor said that his old overcoat couldn’t be repaired anymore and he needed to get a new one. This was an extremely expensive matter, by the way. Nevertheless, our clerk was determined to get a new one, and so he saved his money, worked harder and finally got a new overcoat, which had filled his dreams for several weeks. And do you know what he also did? He decided to break from his established lifestyle and he WENT OUT to a reception. What happened next is a horror movie… but no spoilers here.

What conclusion can we make? We all better stay home now. 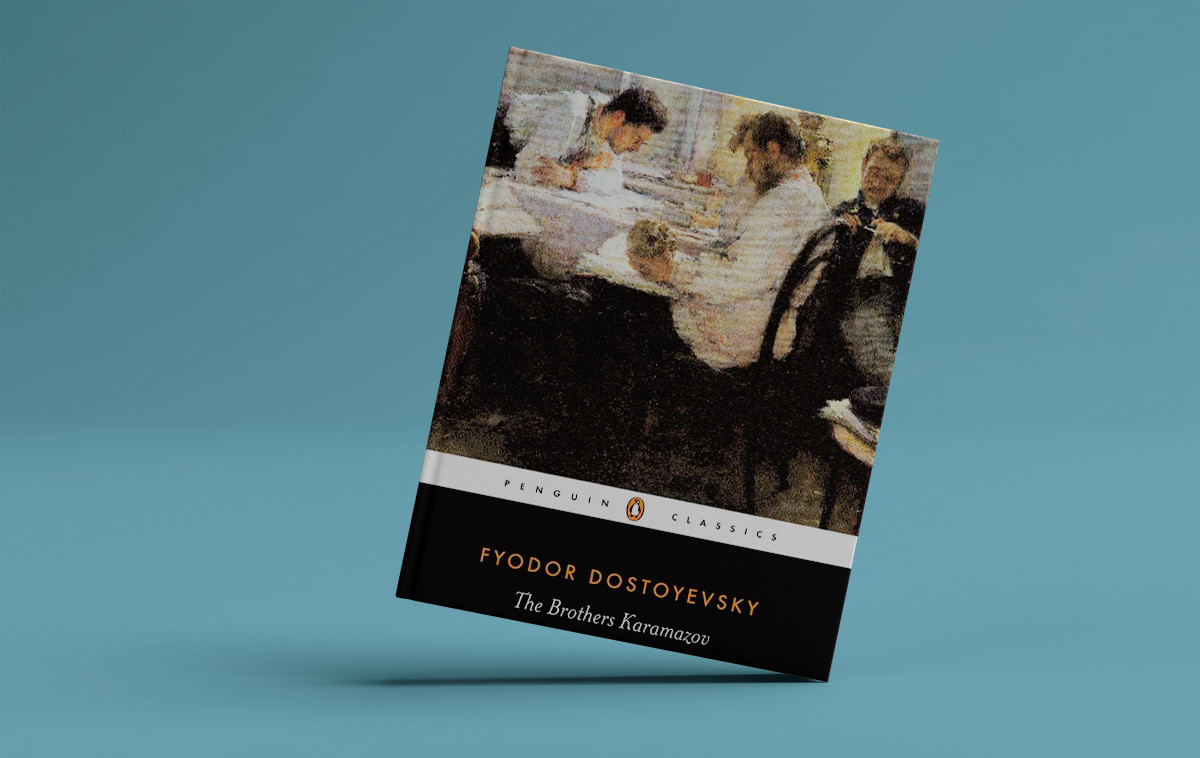 This detective story by one of Russia’s greatest writers was based on true crimes of his time. Three brothers with absolutely different personalities and lifestyles gather in their father’s house even though they haven’t spoken with him for ages.

One night the father is killed, and one of the sons is suspected of being the murderer. Turns out that the brothers were jealous of each other because of a lady, and in addition, their father’s money was lost when one son blew it on partying and spending lavishly the very same night.

Dostoyevsky keeps his readers on their toes, and depicts a scene in court where people’s secrets and lies become visible to all. But who really killed the father? It’s hard to figure out who did it, but each character is depicted in a very deep psychological way. 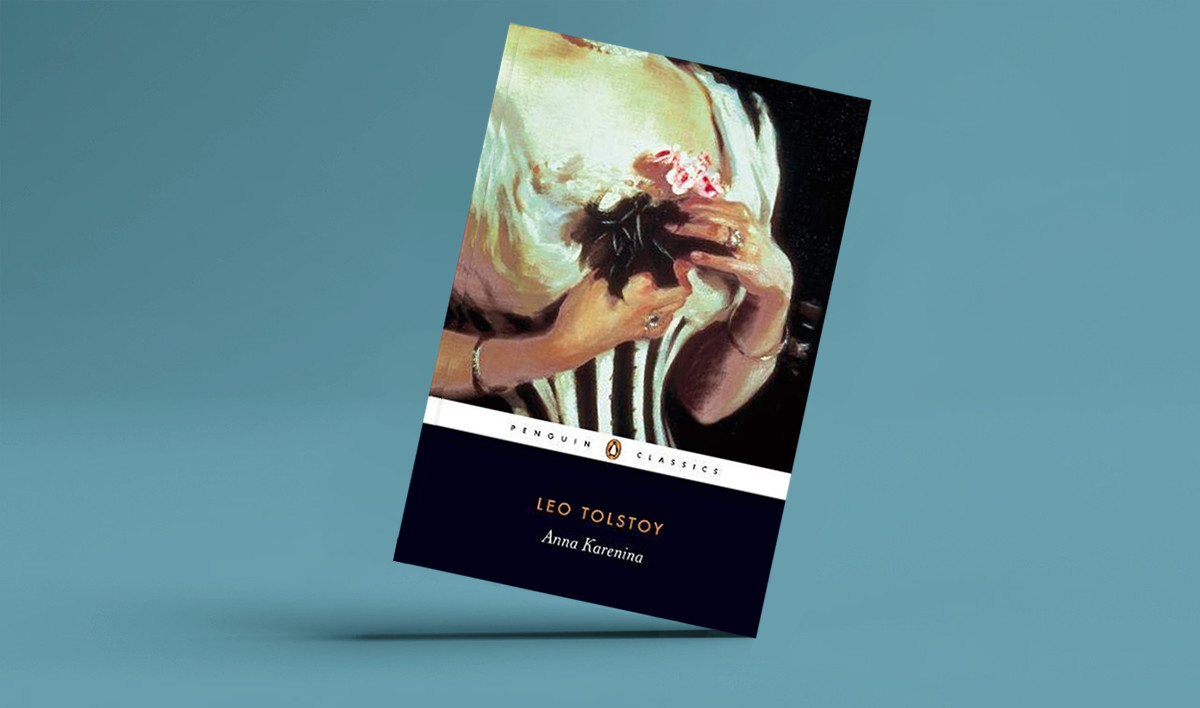 This book probably doesn’t need much introduction - this story is full of passionate love, desire, and high society scenes. Anna is not happy in her marriage, but then she meets a young handsome officer, and the two fall in love. Her husband, however, won’t agree to a divorce, and so she has to leave behind her little son in order to be with her beloved.

As Anna’s paranoia grows she suspects that her beloved doesn’t love her as she loves him. After giving birth to their daughter, she suffers from postpartum depression. Finally, she can’t deal with her life any longer and… well, you probably know what happens next, but we won’t spoil it for you.

This novel, however, is more than just about Anna; it also has a range of extraordinary and deep characters. We hear Tolstoy’s description of a mother’s love, as well as the satisfaction that comes from physical labor. By the way, Tolstoy partly depicted himself in one of the characters. Can you guess which one? 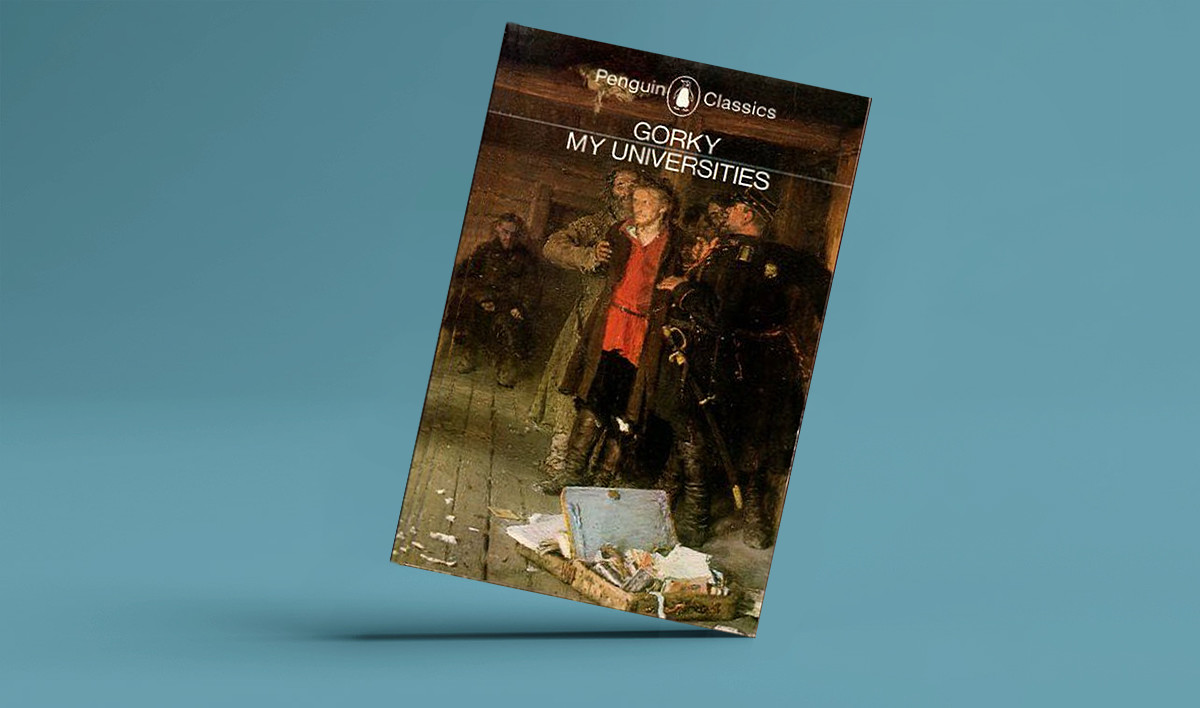 This is the third part of an autobiographical trilogy where Gorky tells about his complicated and adventurous life. He left his parents’ house when he was young and then he set off to the city of Kazan, which is home to one of the first Russian universities. He didn’t manage to enroll, however, and so he had to work as a ship loader on the Volga River in order to earn some money.

This is how he became acquainted with thieves and rogues, and heard their stories. He became friends with a poor student who was involved in revolutionary activities, and who finally was arrested and exiled. He read many books that expressed the values of humanism; however, he never saw them exhibited in real life. In fact, he saw the opposite - wherever he looked he saw only deprivation, crime and a lack of freedom.

Gorky was the leading Soviet proletarian writer and one of the first to welcome Russia’s revolution. This book captures his first opinions of the Russian people, merchants and peasants, and which eventually lead him to embrace revolutionary ideas. 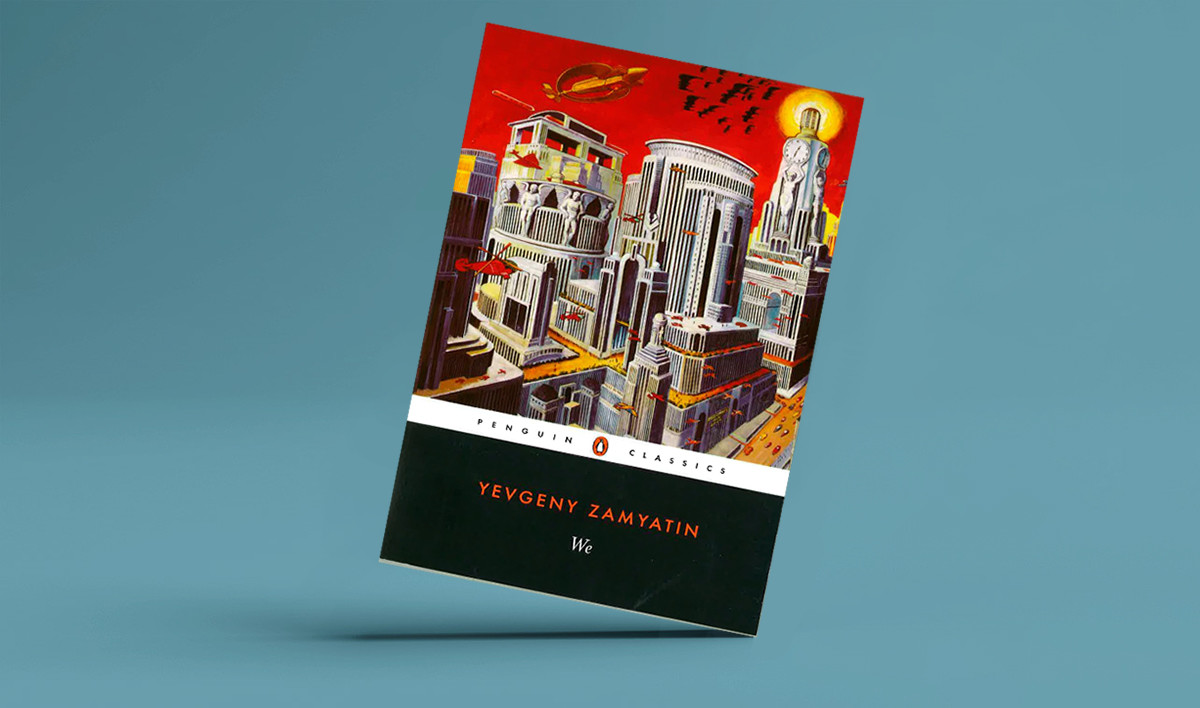 Sensitive people probably shouldn’t feed their fears with dystopian novels, but Zamyatin is a good choice if you feel it’s time to read such literature (and you’ll see that things can certainly be worse, at least in the author’s imagination).

First of all, we need to say that Orwell and Huxley were inspired by Zamyatin, and his novel We appeared before both 1984 and Brave New World.

This book depicts a fictional country where there is no ‘Me’ but only ‘We’. People live their lives according to a strict schedule. They work, walk, eat and even have sex at a certain time. The main character, D-503, is a model citizen who believes in the system.

But one day he falls in love...

This book was written in 1920, and was of course inspired by the young Soviet system in Russia. Not surprisingly, this novel was banned in the Soviet Union. And you know what? They never banned bad books.