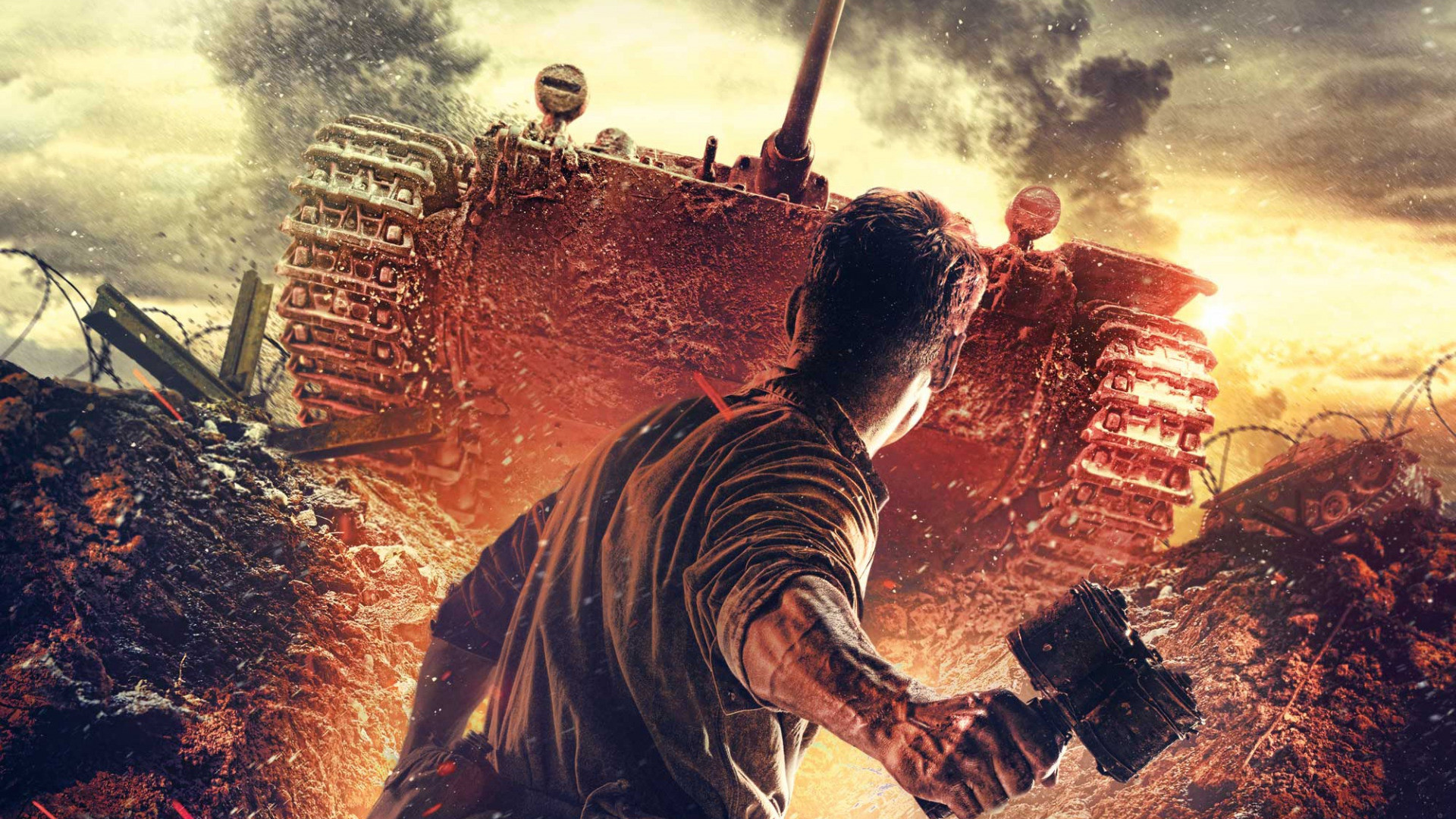 Andrey Shalyopa, Kim Druzhinin/Panfilov's 28 , Gaijin Entertainment, 2016
These days, both the West and Russia often make war films for propaganda purposes and which often distort the historical truth. Some films, however, have managed to depict those events quite authentically. Here are a dozen of the best.

Eight years prior to the release of Enemy at the Gates (2001), which showed the Red Army as a herd of dumb cattle, the Germans made a much more objective but, unfortunately, less well-known film about the Battle of Stalingrad. To its credit, it didn’t feature Soviet infantry mounting madcap attacks against enemy machine guns with just one rifle for every three soldiers, ubiquitous barrier troops and commissars that looked more like evil orcs.

In Stalingrad, we follow a group of Wehrmacht soldiers who are sent from warm and sunny Italy to the icy hell of the Eastern Front. German and Soviet soldiers are shown as professionals performing their military duty. They are not a caricature, but ordinary people equally capable of acting heroically and succumbing to cowardice and panic.

This is a story about Soviet fighter pilots who took part in the battle for the Dnieper in 1943. The film is not so much about military action as about the tragedy of a generation whose youth was stolen by the war. The life of a military pilot during the war was often very short, so those who managed to survive several sorties considered themselves “old men”, although they were barely 18 years old.

The 2017 film is a third adaptation of Finnish writer Väinö Linna’s novel about the everyday life of the Finnish army during the so-called Continuation War, when Finland sided with Hitler against the USSR in order to regain the territories lost in the Winter War and to annex Soviet Karelia.

Unknown Soldier is free from the usual Western stereotypes about Russians as savage barbarians from the East. True, they are capable of actions one can’t be proud of, such as destroying a lone vehicle carrying wounded Finns. At the same time, Finnish soldiers are not presented as angels either: the film features the shooting of a captured Soviet prisoner of war without trial.

The Liberation cycle was the largest Soviet film project dedicated to the Second World War. Its five films provide a detailed account of the confrontation between the USSR and the Third Reich, from the turning point in the Battle of Kursk to the capture of the Reichstag.

The filming, which involved studios from the USSR, Yugoslavia, East Germany, Poland and Italy, lasted four years. The project engaged hundreds of historians and participants in those events, as well as 3,000 soldiers, 150 tanks and dozens of Soviet and Czech aircraft disguised as World War II military hardware.

With the collapse of the USSR, large-scale films about World War II became a thing of the past. Most present-day Russian directors prefer not to portray heroic battles, but to highlight the ugly sides of that war: desertion, vicious political officers, penal battalions, alcoholism among soldiers, barrier troops, betrayal, and etc. All those things, of course, did exist, but in Russian cinema they are often taken to the extreme.

Ordinary viewers, having grown tired of this trend, decided to make their own movie. Thanks to donations from thousands of people, a film was launched about the heroism of soldiers from Panfilov’s division, which took part in heavy fighting near Moscow in the fall of 1941. Costumes and props for filming were donated by museums free-of-charge. The developers of the game, War Thunder, joined in financing the film, and at a later stage so did the Culture Ministries of Russia and Kazakhstan, since many ethnic Kazakhs served in that division.

The Brest Fortress was the first military site in the Soviet Union to be hit by the German army on June 22, 1941. Completely cut off from the main forces, its 9,000-strong garrison put up fierce resistance for more than a week. Individual soldiers continued to fight almost until the end of July.

The movie was shot jointly by Russian and Belarusian filmmakers. During the shooting, which took place on the territory of the original fortress, the remains of Soviet soldiers, unexploded bombs and shells were discovered.

One of the best German films about World War II, Downfall tells the story of Berlin's last days under Nazi rule. The Third Reich is in its death throes: old men and children are conscripted to fight against the Red Army, Nazi officers lose themselves in drink, while Germany’smilitary leadership racks its brains as to how to save this hopeless situation. Hitler is the central figure in the story. Russian viewers are used to seeing him depicted as a screaming neurotic, but this German film portrays the Fuhrer as a broken, dull old man.

Interestingly, most shots of Berlin were in fact filmed in... St. Petersburg! If you look closely, in one of the scenes when Soviet soldiers are fighting their way to the Reich Chancellery you can spot the city's famous Trinity Cathedral in the background.

When one hears the words - the Battle of Stalingrad - what comes to mind is fighting in snow-covered ruins. In fact, the battle for the city began in July 1942, and it’s this little-known period that Sergei Bondarchuk's film is about.

The director of War and Peace and Waterloo wanted his film to be as authentic as possible. He made the actors spend days in military uniform, dig trenches and do without stunt doubles. Thus, some threw themselves under tanks without wearing any rigging, while others nearly lost their hearing from the explosions. During the shooting of the film a record-breaking amount of TNT - five tons - was used.

One of the most horrifying and difficult World War II films, Come and See, depicts a Nazi punitive operation in a Belarusian village in 1943. The film is full of violent scenes of rape, shooting and people burning alive.

After Come and See was released abroad, not everyone believed that what was shown on the screen had happened in real life. Rita Kempley, a film critic for The Washington Post, noted that the director "does go overboard with his portrayal of the maniacal Nazis". And yet, the film’s veracity was borne out by participants in those events. One elderly viewer at the film's premiere in Germany said: “I am a Wehrmacht soldier. Moreover, a Wehrmacht officer. I marched through the whole of Poland, Belarus, and reached Ukraine. I testify: everything told in this film is true. And the worst and most shameful thing for me is that my children and grandchildren will see this film."

Summer 1944: German agents infiltrated the Soviet army's positions in Belarus. A group of SMERSH counterintelligence officers are ordered to find and neutralize them as soon as possible, otherwise the fate of the entire offensive in the Baltic region might be jeopardized.

The film was critically-acclaimed and a box-office hit, and it also earned praise from the FSB (Russia's Federal Security Service), which described In August of 1944 as an accurate and faithful portrayal of the life and work of Russian (Soviet) counterintelligence officers.

The early 1970s Soviet film, The Dawns Here Are Quiet, feels very much in sync with current prevalent feminist trends in Western cinema. It’s a story about an all-female detachment of anti-aircraft gunners and its male commander fighting a German sabotage unit that landed deep behind enemy lines in Karelia.

The film became a favorite with the Soviet public, and many in Russia still consider it the best war film ever made. In Soviet times, it was mandatory viewing for every schoolchild, while today it’s part of the university curriculum for journalism students. In addition, The Dawns Here Are Quiet became a surprise hit in China, and in 2005, Chinese and Russian filmmakers produced a 19-part joint TV series of the same name.

If recently-made war movies in Russia look more like computer games akin to the World of Tanks, and often unnecessarily revolve around a love story, The Star (2002) follows the best canons of Soviet cinema, whereby war films tried to be an authentic depiction of the war.

A remake of the film of the same name, The Star (1949) tells the story of a group of scouts sent behind enemy lines in the summer of 1944 in order to obtain - at the cost of their lives – vital information about an impending German counterattack. The film has a love story, but that is secondary to the main storyline, which is something that can’t be said about many Russian war movies in recent years.