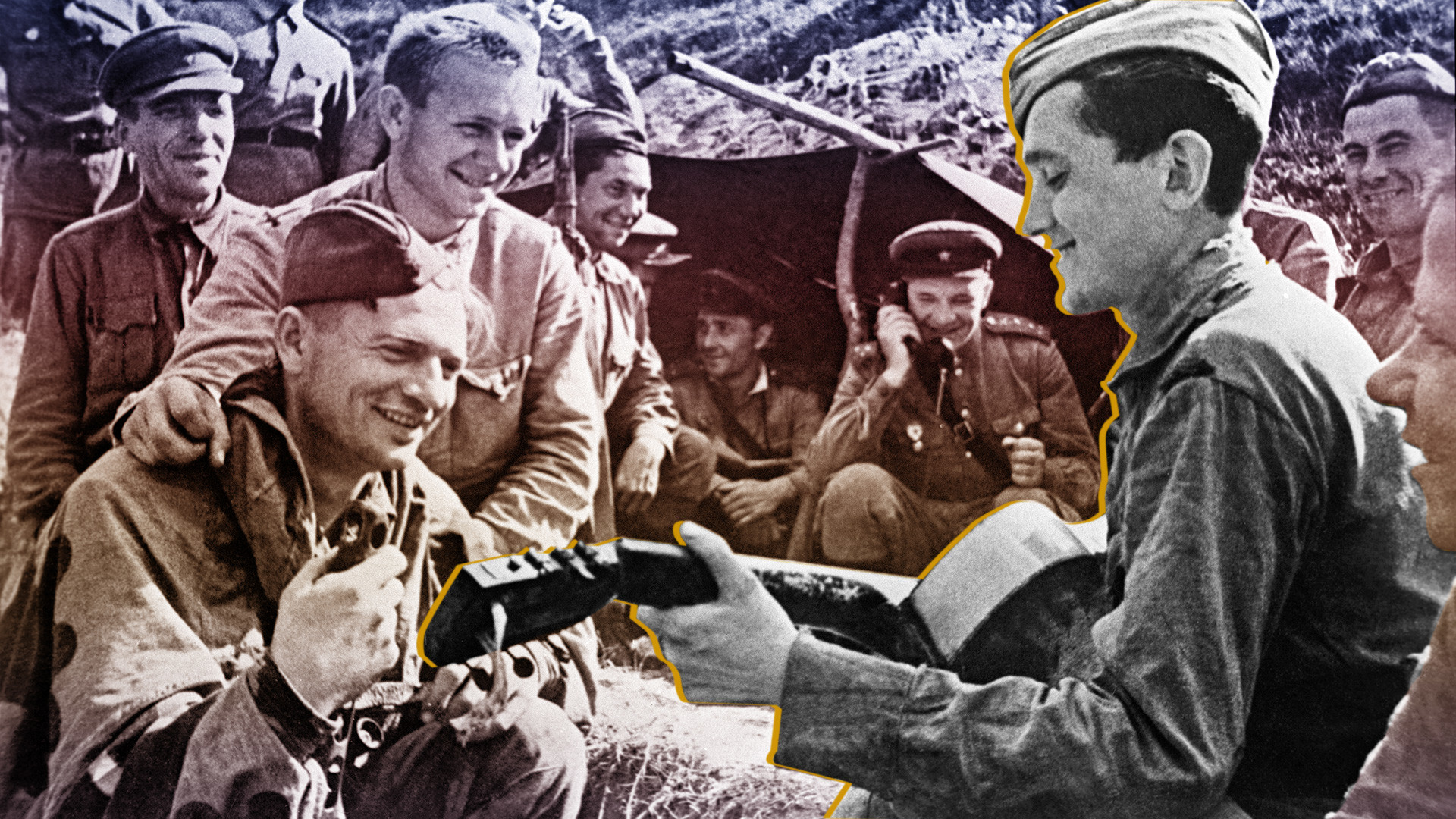 TASS
They are still much loved in modern Russia. Considered better than most by many, these songs perfectly transmit the feelings of people who survived the most brutal war in human history.

1. We have not been home for a long time

Originally this song, written in May 1945, had lyrics such as: “In Germany, in Germany, in a cursed land.” However, after the end of the war, it was decided to change “cursed” to “distant”.

2. March of the Artillerymen

This song, devoted to the “God of War” - artillery - was written in 1943 and instantly became popular. After destalinization processes were initiated in the USSR, the lyrics “Artillerymen, Stalin gave the order” were changed to “Artillerymen, orders are exact”.

The song was written specially for one of the most beloved Soviet movies, Heavenly Slug (1945). It tells a story of three pilots, officers and best friends, who vow not to fall in love until the war ends. But their plans are ruined after they encounter a female aviation squadron.

Considered one of the most popular Soviet WWII songs, Smuglyanka (“the dark girl”) was written… before the war! It appeared in 1940 and it tells a story of the Moldovanian girl who joined the partisans during the Russian Civil War (1918-1922). However, it perfectly fits the times of the Great Patriotic War, as well. The second ‘rebirth’ of its popularity happened in 1973, when it was featured in one of the best war dramas, Only Old Men Are Going to Battle.

This song was written in 1971 for the Soviet patriotic movie Officers about several generations of one family, who devoted their lives to serving Motherland. There, it was performed by the movie’s second director, Vladimir Zlatoustovsky, who wasn’t a professional singer. Despite this, his performance became iconic.

The Sacred War appeared on the third day after the German invasion began. It strongly motivated soldiers to defend their Motherland, and thus, was considered as the main song of the first, most difficult period of the war. The song was translated to several languages, including German, Hungarian and Polish. There are two Polish versions, with mention of the Soviet Union and without it.

This song was written already after the war in autumn of 1945 for one theatrical performance. However, its popularity went far beyond one show and is still beloved in our days.

8. Dark Is the Night

This song was written right in the middle of the war in 1943 for the movie Two Soldiers, where it was performed by popular artist Mark Bernes. According to the surveys, conducted by the Russky Reporter magazine in 2015, its lyrics occupy 25th place in top 100 most popular poetic lines in Russia. Dark Is the Night is the main musical theme of Andrzej Wajda’s Ashes and Diamonds, Israeli movie Dark Night and Swedish horror Frostbite.

Just like Smuglyanka, Katyusha (a diminutive form of the name ‘Yekaterina’) was written before the war, in 1938, but gained its popularity during the conflict. The song is the source of the nickname of the powerful Soviet weapon - the BM-8, BM-13, and BM-31 ‘Katyusha’ rocket launchers. Russians, according to the Russky Reporter magazine’s 2015 survey, put its lyrics at 13th place among the most popular poetic lines in the country.

This song was created by composer David Tukhmanov in 1975 on the 30th anniversary of the victory over Nazi Germany and became a true symbol of the Great Patriotic War. No celebration of Victory Day is held in Russia without its performance. In the aforementioned Russky Reporters’s survey, its lyrics occupy the 5th place among the most beloved poetic lines by Russians. As composer Vladimir Shainsky said, “the song seemed to have turned back the time. Although written three decades after the war, it now seems that it was this song that helped us to gain the victory.”