Top 10 Russian WWII movies as voted by Russians themselves 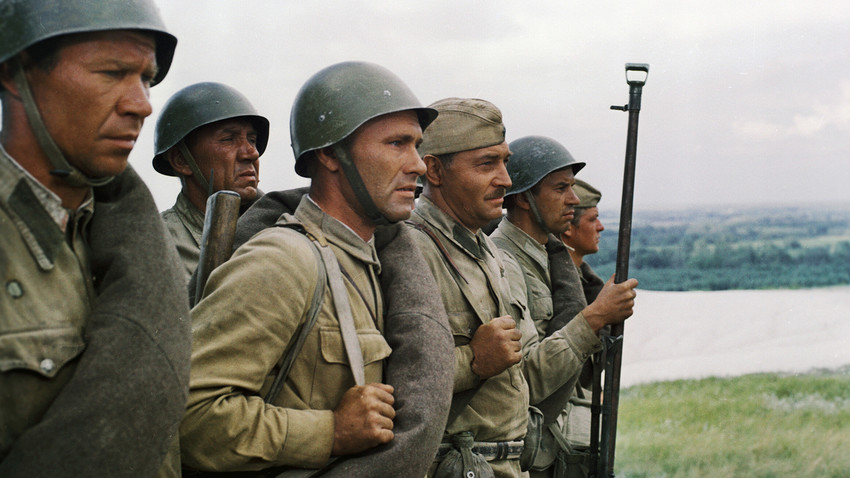 Sputnik
On the eve of the 75th anniversary of Victory Day, the video aggregator Kino Mail.ru polled the Russian public to find out the nation’s favorite war films. We present the Top 10. 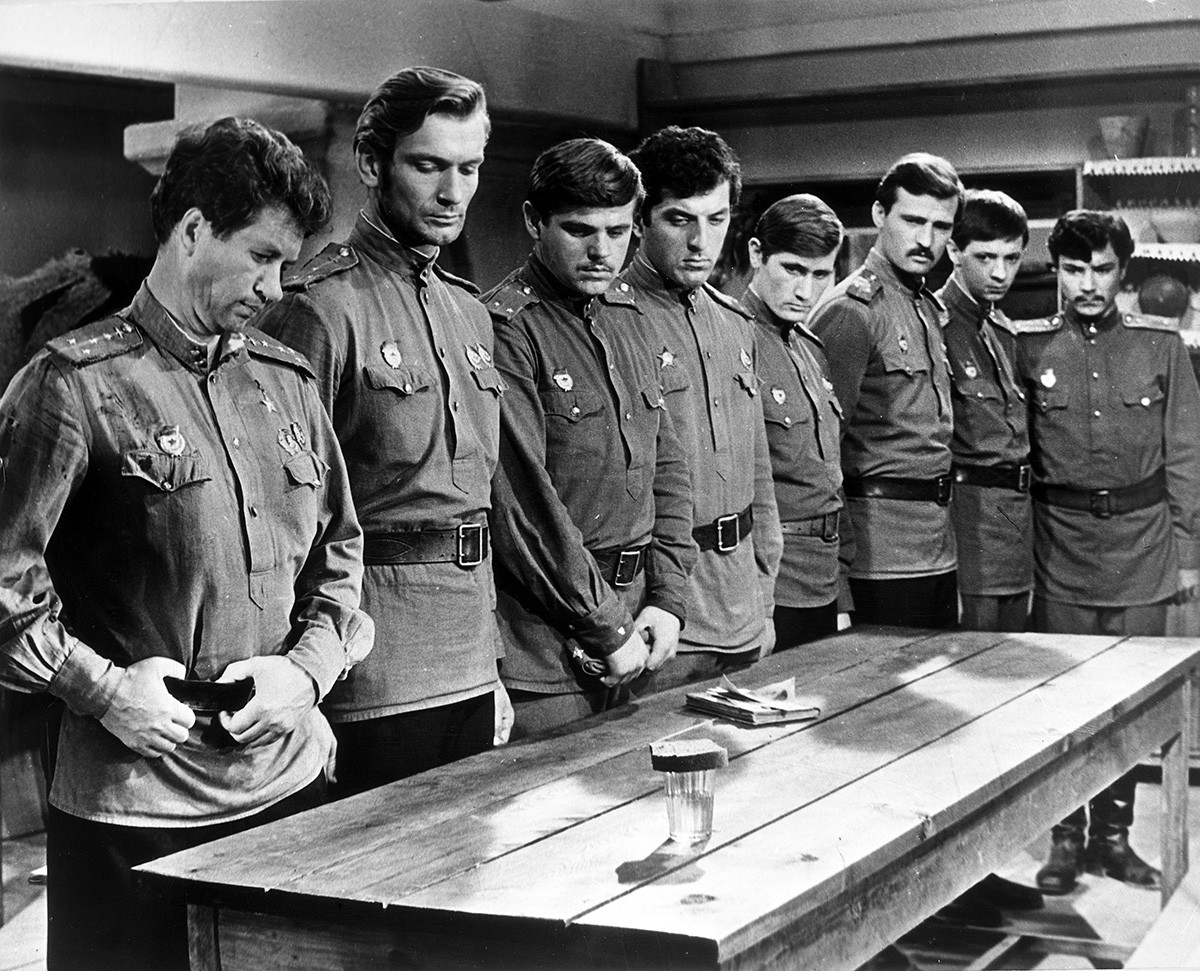 This picture about the everyday lives of Soviet fighter pilots won movie-goers’ hearts as soon as it hit the big screen, pulling in 44.3 million viewers. The story begins in the summer of 1943 ahead of the Battle of the Dnieper to liberate Ukraine from the German invaders, where the skies rumble to the sound of unending (and often unequal) clashes with the Luftwaffe. The “old men” (meaning experienced pilots) are sent reinforcements in the shape of a squadron of youngsters fresh out of training school. For months, they keep the newbies occupied with routine tasks, not letting them fly so as to preserve their lives. However, the day will come when not only “old men” have to go into battle.

The film tells about the fate of two comrades, whose paths diverge and re-converge years after the war. “There is such a profession — to defend the Motherland” is a phrase from the movie that has become a Russian idiom. This piercingly candid story about soldierly honor and friendship was a cinematic tour de force, and caused a surge in applications to military school. 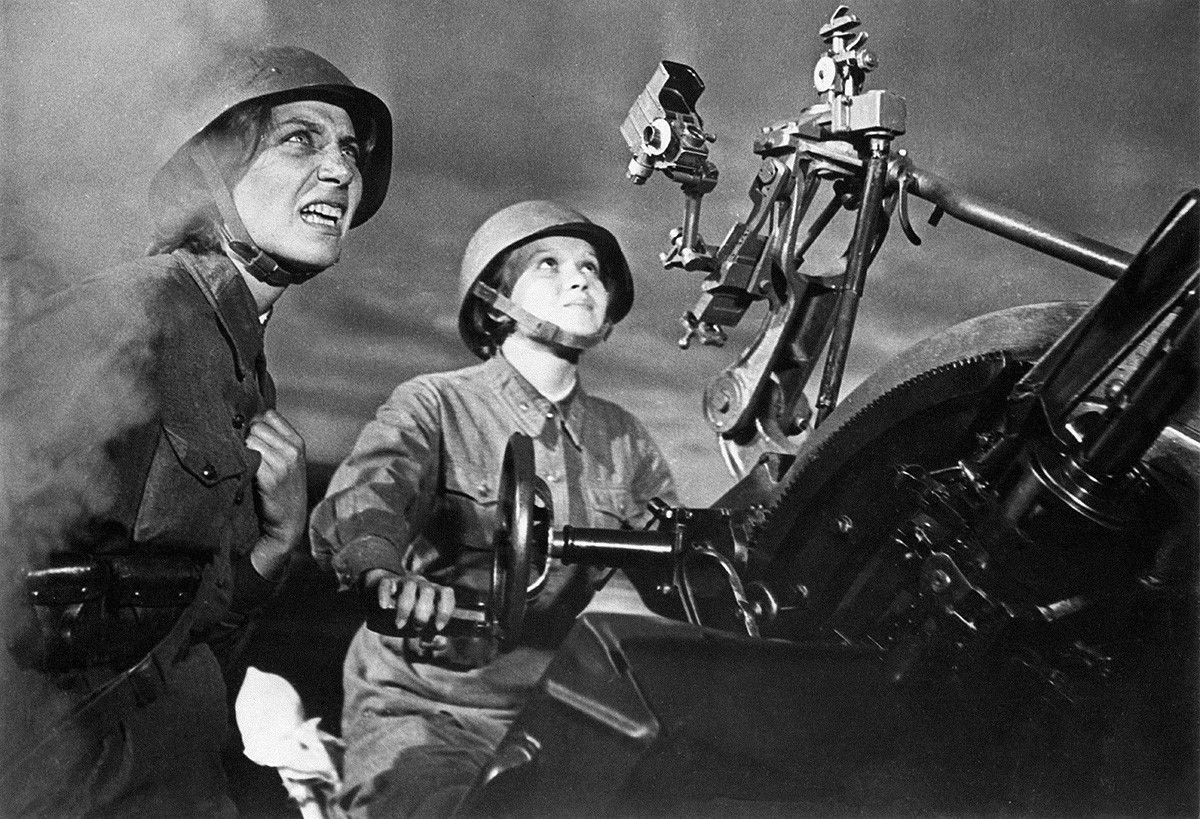 1941, Karelia. Five women anti-aircraft gunners and their (male) commander are stationed in the rear. Although they are far from the front line, one of the gunners spots two German saboteurs in the forest, and their small detachment decides to capture the enemy. They lay an ambush, but things go badly wrong when it turns out that, instead of two Germans, it’s an entire division.

The Dawns Here Are Quiet is one small episode in a vast war, but this story about five women and their dreams of love, family, and happiness gave war a human face. In Soviet times, it was shown in high schools and universities, where it was mandatory viewing for all students of journalism.

4. They Fought For Their Country (1975), Sergei Bondarchuk 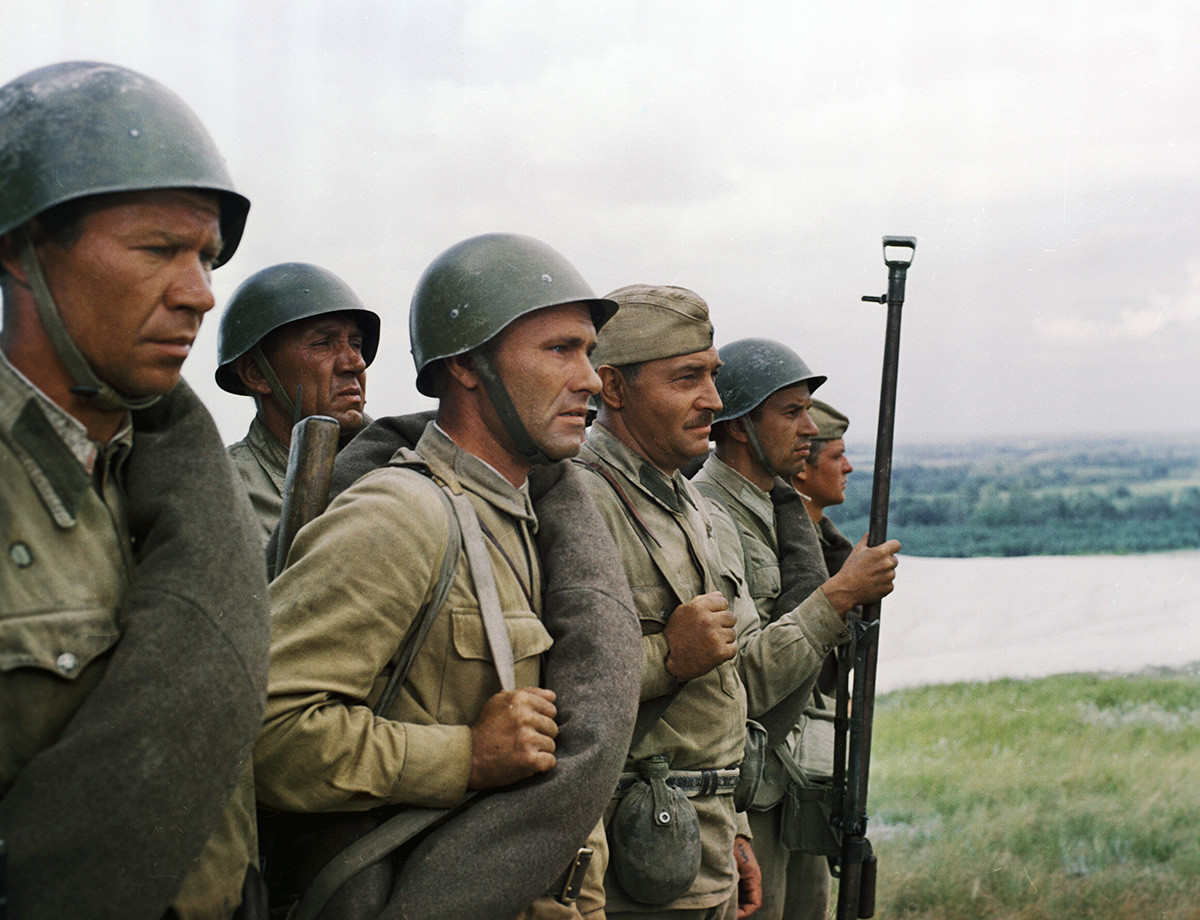 This sweeping movie epic, based on the novel of the same name by Mikhail Sholokhov, is set in July 1942, when the Soviet Union was on the verge of defeat. The drained, defeated Soviet troops at Stalingrad are on the back foot, clinging to every single piece of turf. The tide will turn eventually, but not everyone will live to see the day.

This 1975 picture about the hardships of war, famine, victims, and the heroism of rank-and-file soldiers was nominated for a Golden Palm at the Cannes Film Festival. Added poignancy came from the fact that nearly all the actors were themselves veterans of the war. And there were very many of them: around 50 major roles, plus more than 2,000 extras. 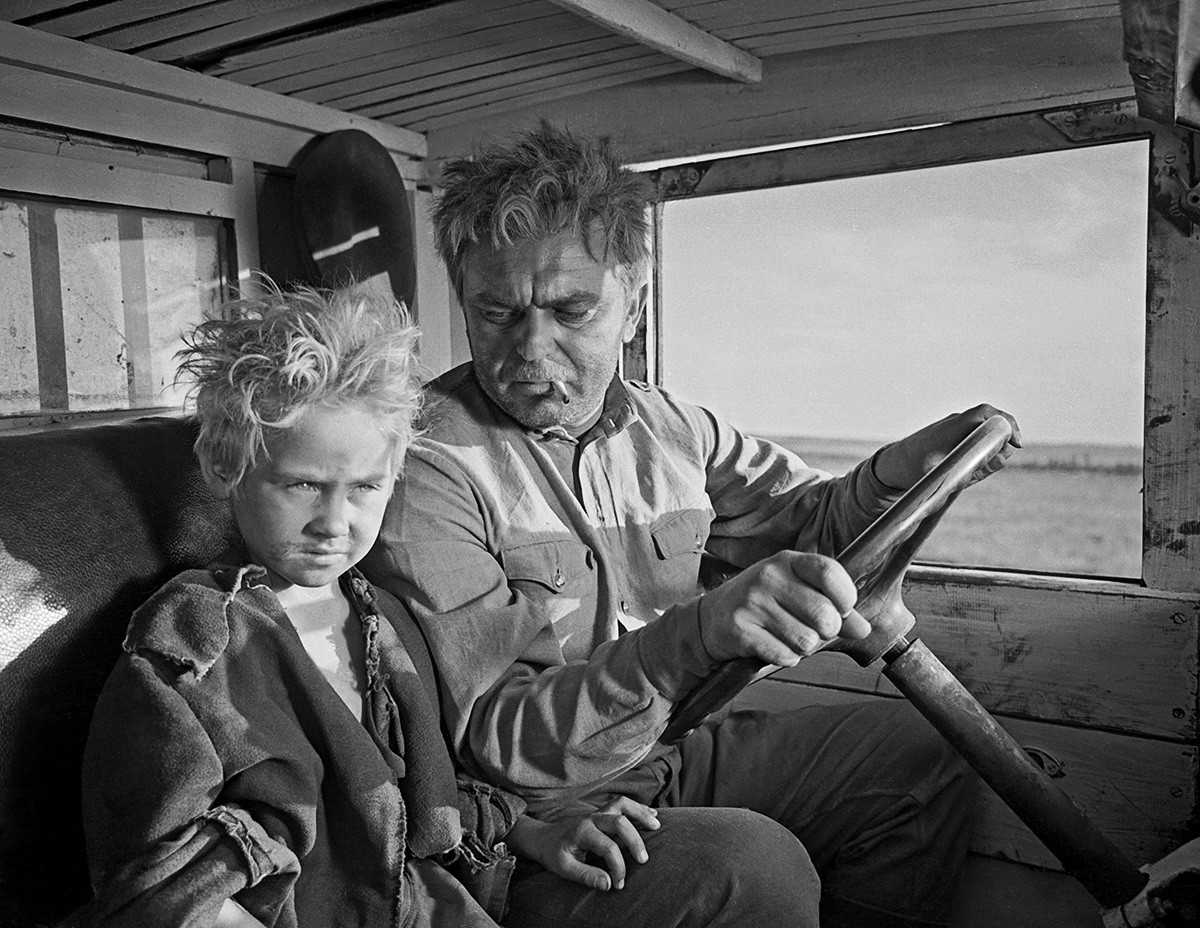 Another military drama from the master of epic Sergei Bondarchuk (whose credits also include a colossal screen adaptation of War and Peace), and another movie version of an eponymous novel by Sholokhov. The film is about a frontline driver who gets caught in an air raid, finds himself in German captivity, and ends up in a concentration camp.

It was Bondarchuk's debut as a film director, in which he also played the main role. “This is the greatest and most powerful piece ever filmed about war,” said the famous Italian director Roberto Rossellini after seeing it. Fate of a Man picked up numerous international awards. 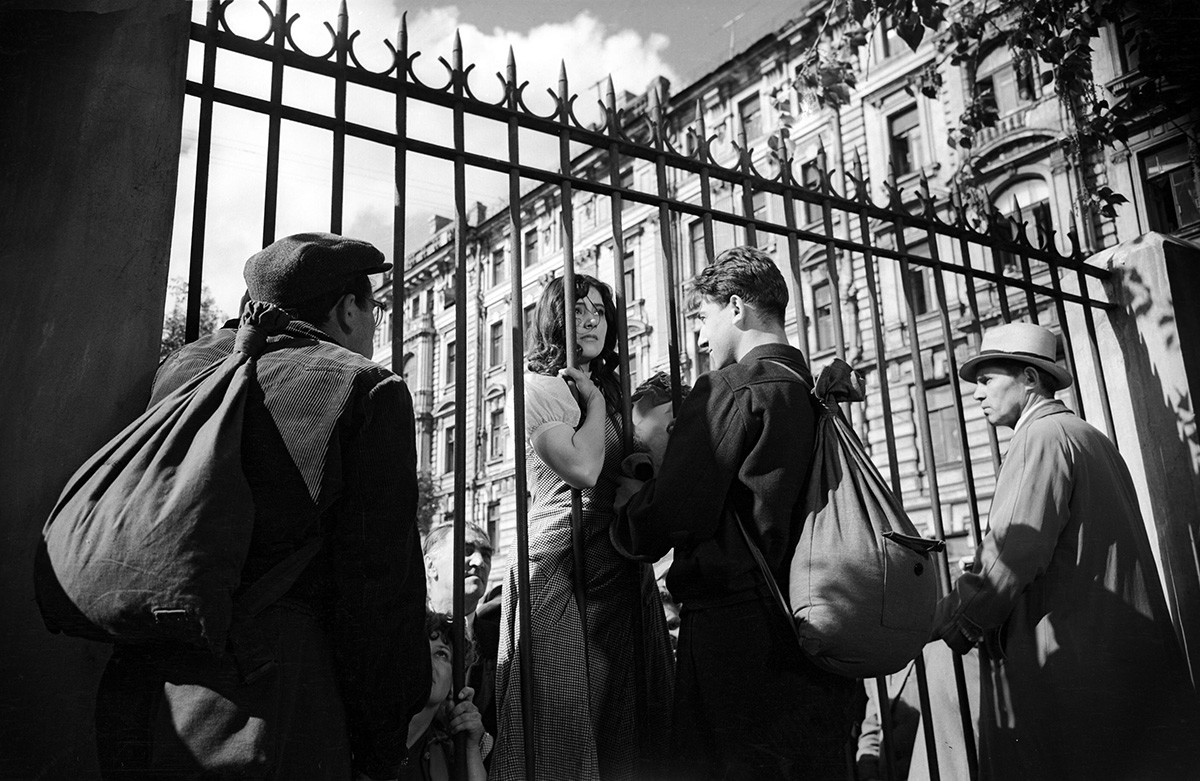 Two lovebirds stroll around summertime Moscow and make plans for the future — until war rudely intervenes. The young woman remains in the city, while her beloved volunteers for the front. Will they ever see each other again?

This heart-rending war drama is the only Soviet film to win a Golden Palm at Cannes, which even so was downplayed in the Soviet press: just a few column inches with no photograph and no mention of the names of the director or scriptwriters. In the early years after its domestic release, the film was considered too focused on feelings, rather than heroic feats. 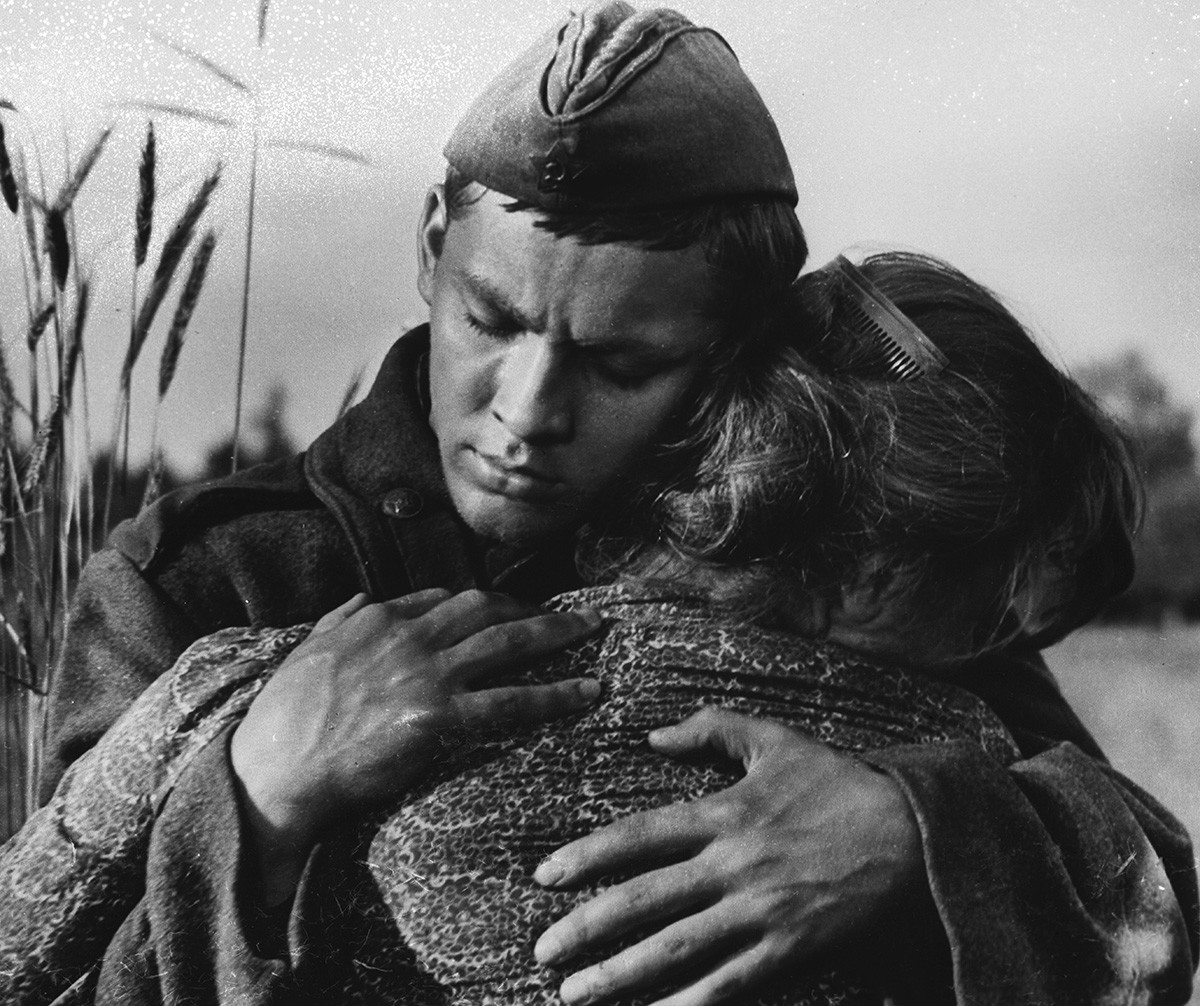 Young soldier Alyosha becomes a hero by blowing up two German tanks. The authorities intend to present him with an award, but before they do, Alyosha asks for six days’ leave to visit his mother. Since after the award, the front line will be waiting once more.

The action takes the form of a classic road movie. The protagonist spends the entire film on the move, arriving only on the last day and seeing his mother for just a couple of minutes. There are almost no battle scenes; instead we are shown the wartime lives of simple folk. Ballad was warmly received in the West: the film was nominated at Cannes and for an Oscar, and received the BAFTA Award for Best Film. 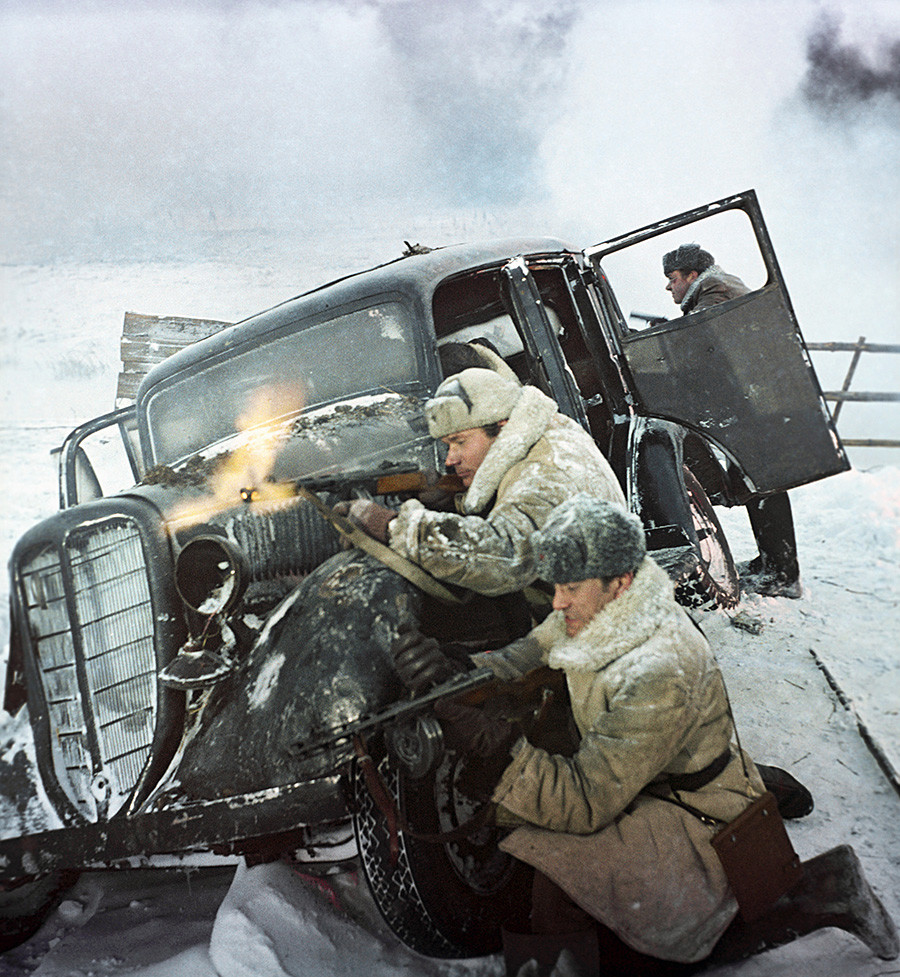 The film tells about a heroic and tragic clash during the blood-soaked Battle of Stalingrad in 1942 — the Kotelnikovo defensive operation. The action is centered around an anti-tank battery that is left isolated against the advancing columns of German tanks. Can it resist? The movie is considered to be Yegiazarov’s finest work and is included in the Golden Fund of Russian Cinema. 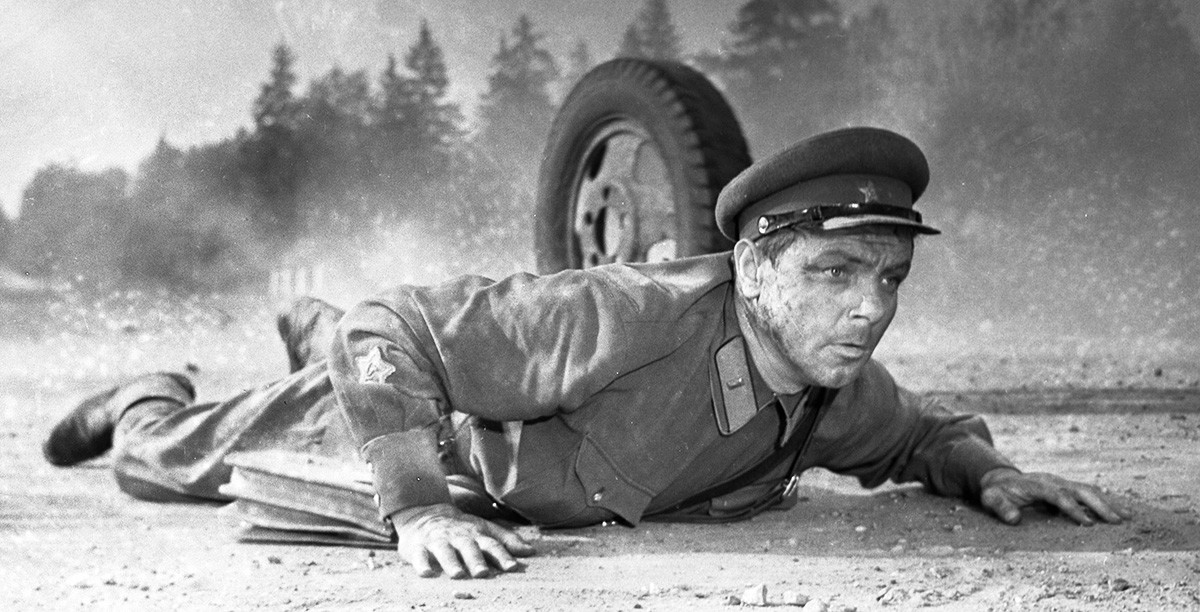 A movie adaptation of the eponymous novel by Konstantin Simonov, this is one of just a handful of war films based on a screenplay by a military journalist. The plot revolves around reporter Ivan Sentsov, who is on vacation in the south when war breaks out. Ivan immediately heads for the front line as a correspondent, where he witnesses the brutal early months of the conflict.

The Alive and the Dead stands out for its stark realism. There is no music — no songs, no tunes, only the sounds of war. The director’s striving for authenticity was so great that a 19th-century church was blown up for real during filming. 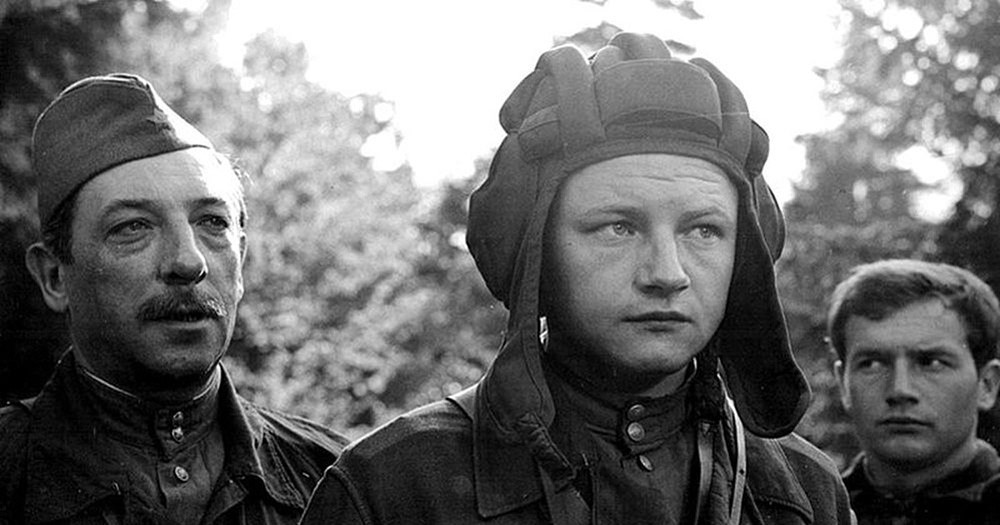 Last in the list is a film about the daily wartime existence of a combat vehicle crew, headed by an unblooded junior lieutenant straight out of military school. As the crew liberates Right-Bank Ukraine (west of the Dnieper River) from the German invaders, the junior lieutenant endures all the hardships of earning the respect of his subordinates. The picture achieved cult status among Soviet audiences for the song “The Tanks Rumbled Across the Field” — one of the most iconic war songs even penned.