How did the USSR recover from losing almost 27 million people during WWII? 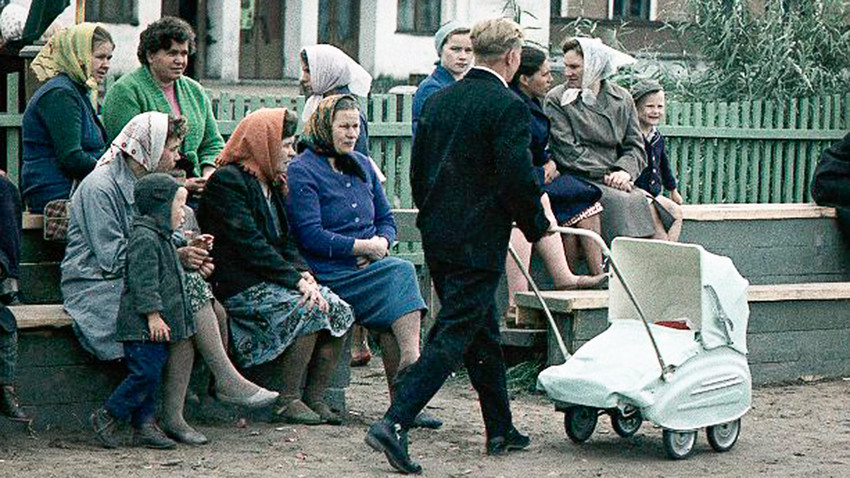 Vsevolod Tarasevich / MAMM / MDF / russiainphoto.ru
The Great Patriotic War claimed an unprecedented number of Soviet lives, and something had to be done to repair the demographic gap.

The Soviet Union didn't recognize the scale of its own losses straightaway. The official estimate of human deaths grew in direct proportion to the passage of time: From seven million under Joseph Stalin to 26.6m under Vladimir Putin (and the figure is still being revised).

It is still very difficult to imagine so many people being killed on the battlefield or perishing behind enemy lines. But it is even more difficult to fill the resulting demographic gap.

A simple answer to the question on how the Soviet Union solved the problem is: It didn't. Even more than 75 years on, the country still hasn't recovered. 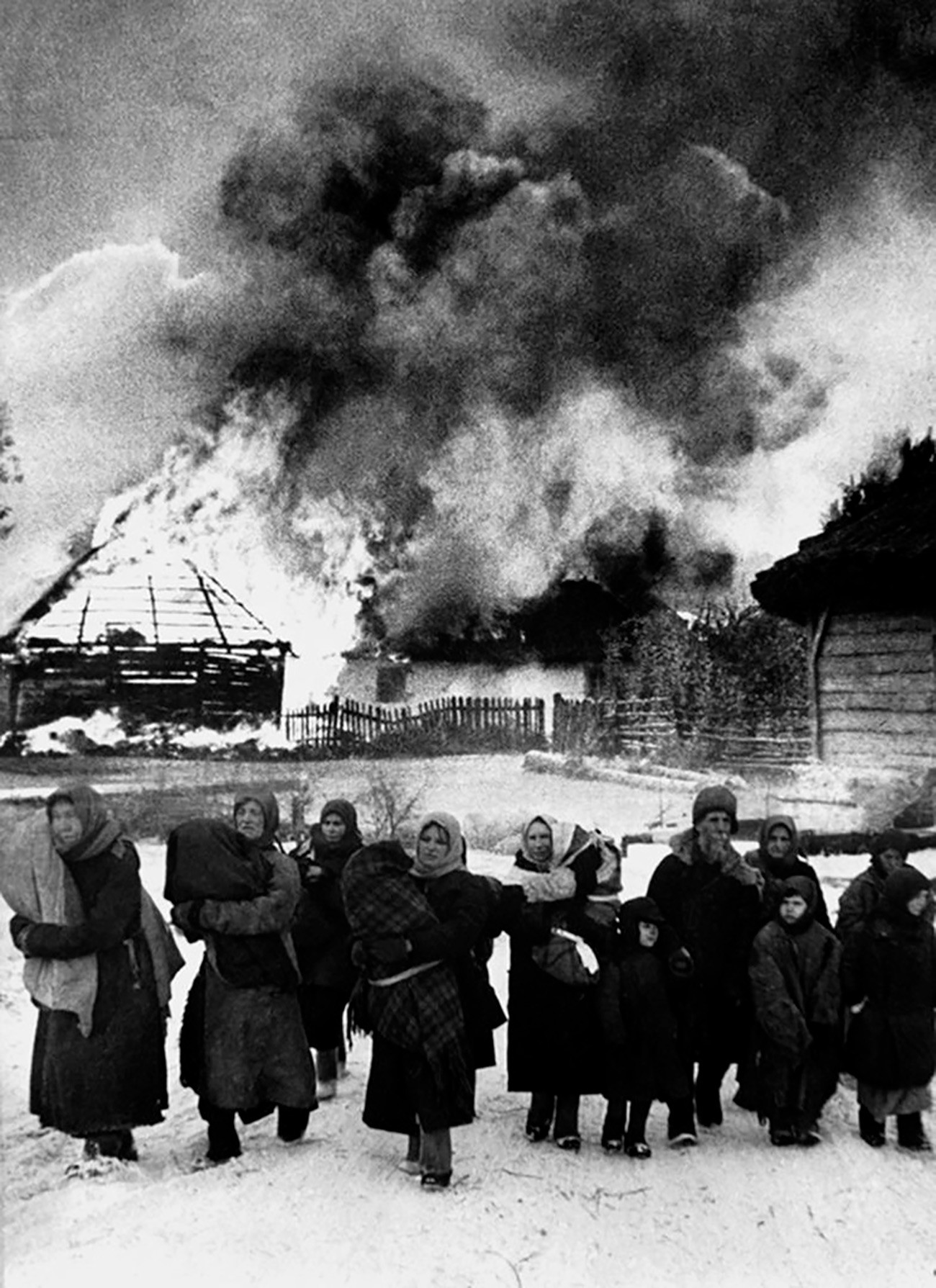 A country of women

Firstly, the situation was aggravated by the fact that the losses were not equally spread across all age groups: The dead included predominantly people of conscription age (17-55, which was also considered the fertility age). Secondly, it was men whose numbers mainly declined. And, as a result, there was a major gender imbalance in the population.

"The imbalance between men and women in Russia turned out to be even bigger than in Ukraine or Belarus, which were entirely occupied during the war, while in the RSFSR [Russian Soviet Federative Socialist Republic] approximately only a quarter of the population was under occupation," Nikolai Savchenko, a human losses researcher, points out. 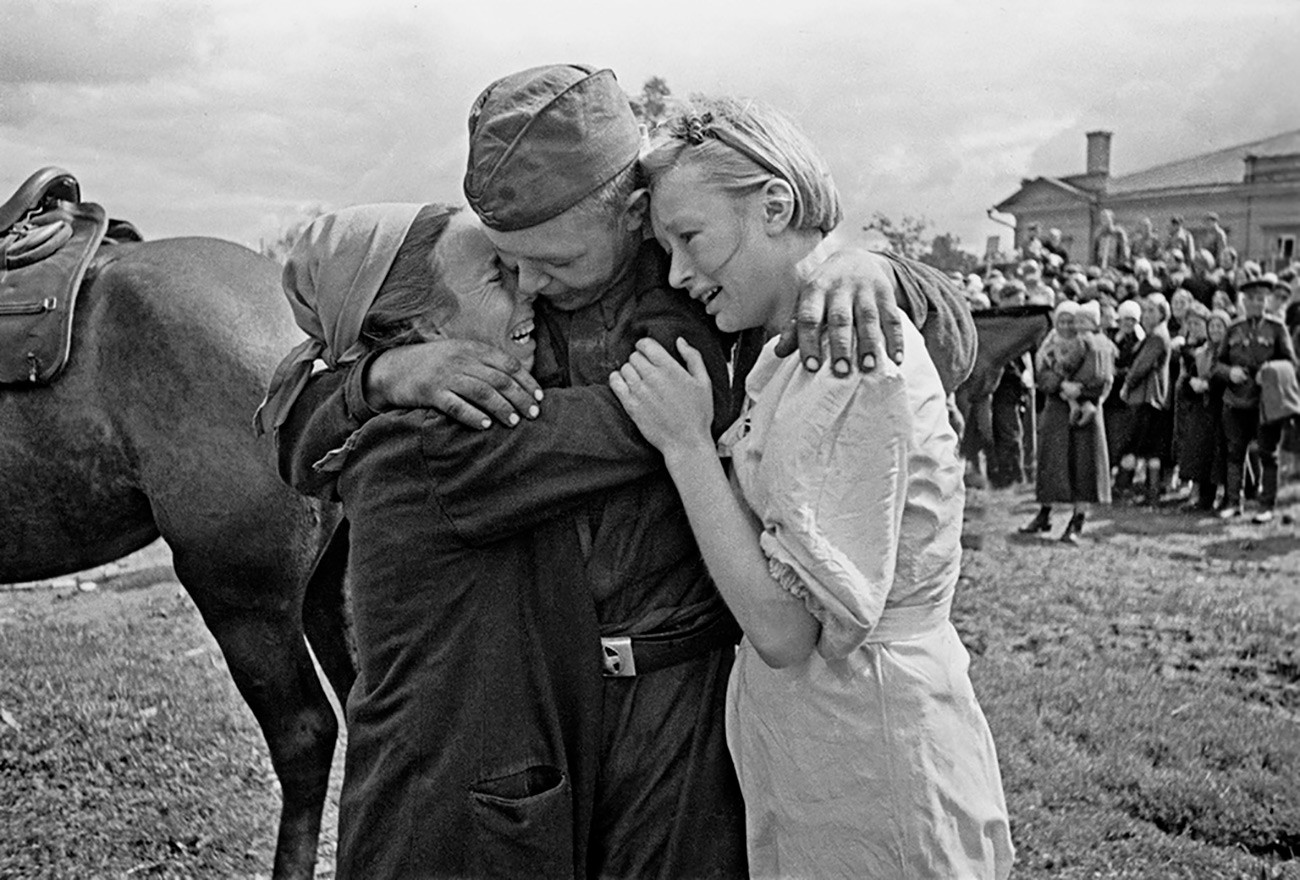 According to the 1959 census, there were 18.43 million more women than men, and with it childbirth had halved. "Not even Germany or Poland, which sustained significant human losses during World War II, had such disparities," says Mikhail Denisenko, an expert with the Carnegie Moscow Center and deputy director of the Institute of Demography of the Higher School of Economics. Migration didn't come to the rescue, either - not that many people were dreaming of moving to the USSR, and in any case, not many were allowed to do so.

How did they deal with it?

Later on, in the postwar USSR, the imbalance decreased significantly and by the end of the 1980s, population growth was already at a decent rate, albeit spasmodic. For instance, contrary to all forecasts, 9,8% more babieswere born in the country in the 1980s. 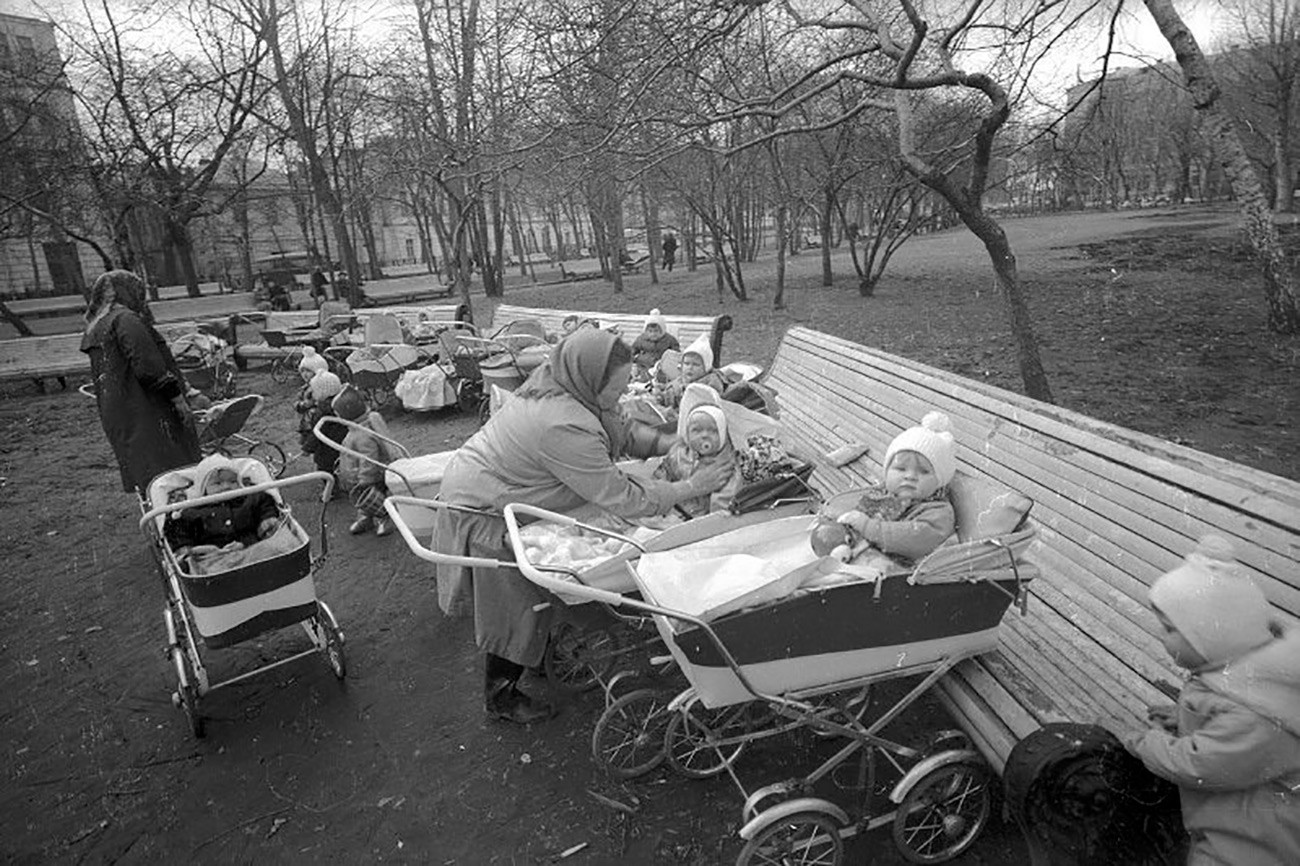 These temporary spikes were entirely due to two significant circumstances. Moreover, one of those had been put in place even before the beginning of World War II. In 1936, Stalin issued a decree "On the prohibition of abortion", which also envisaged a package of measures providing financial support for mothers. It was followed by a secret decree by Narkomzdrav [precursor of the Health Ministry] on withdrawing all contraceptives from shops.

And all this despite the fact that Russia was the first country in the world to legalize the termination of pregnancy when requested by a woman (in European countries this happened only after World War II, in the 1950s). In 1920, the revolutionary, Nadezhda Krupskaya, who was Lenin's wife, wrote: "Doctors and midwives speculated on abortion. The backstreet abortions that seamstresses, servants and other women resorted to were usually carried out by incompetent individuals and involved great risk… The elimination of a fetus which hasn't yet become a living being and is still part of a woman's body cannot be regarded as criminal." This kind of rhetoric was ubiquitous at the time. But owing to economic difficulties, and especially the massive famine of 1932-1933, the birth rate began to decline steadily and in the 1930s, social policy took a sharp U-turn. 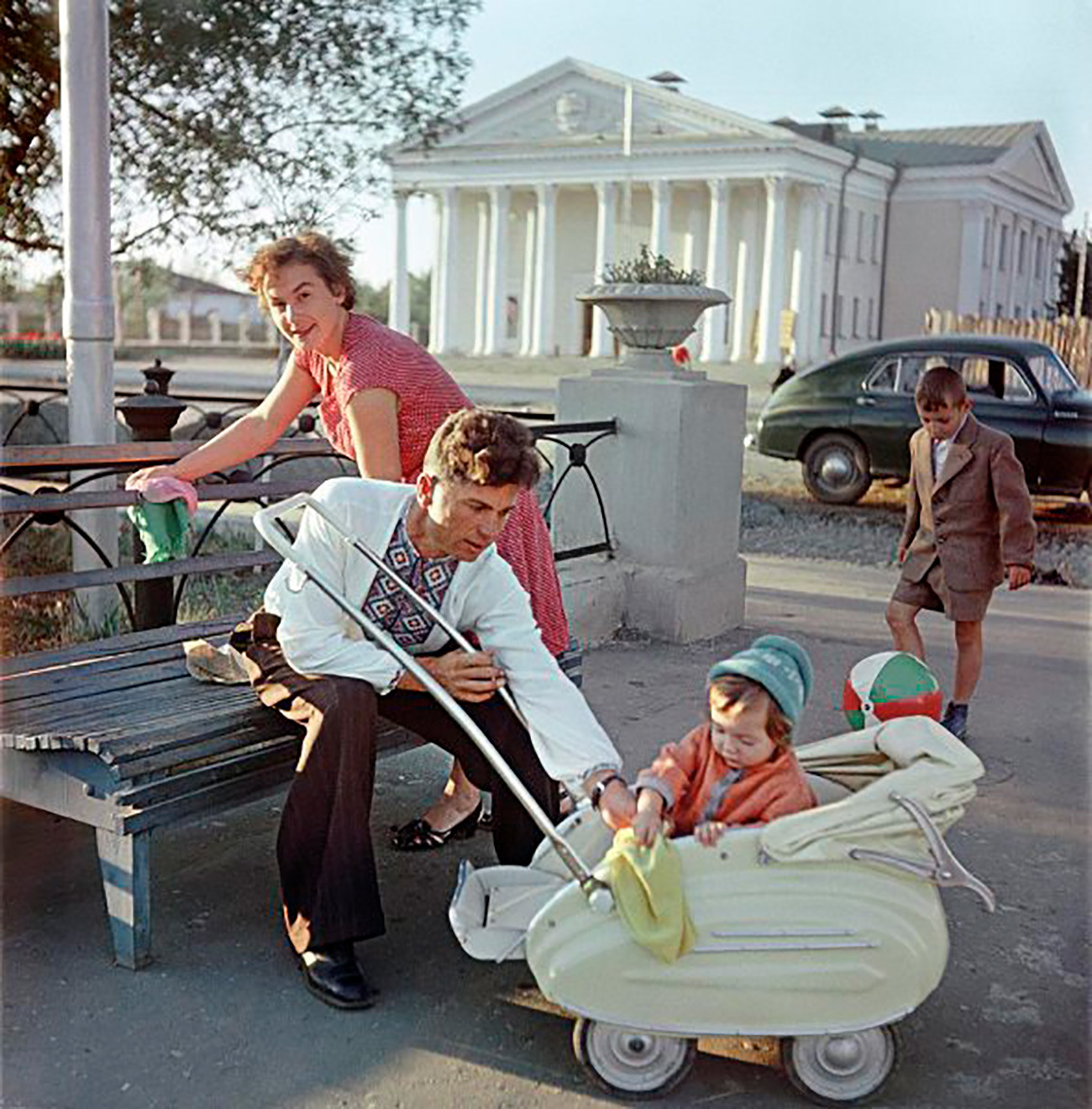 The second circumstance was the benefits paid as part of the country’s demographic policy. Women born in the late 1950s and 1960s were able to take advantage of them and therefore there was a surge in the birth rate during the 1980s. All this ensured population growth, albeit an unstable one. By 2010 the gap between the number of men and women had gone down by eight million.

Admittedly, this still cannot be compared to the situation had these nearly 27 million people lived. Experts still believe that Russia is "dying".

In 2017, the birth rate in Russia fell to its lowest level for a decade, and the situation hasn't improved much since. In order to rectify the situation, the state has launched a special national program dubbed “Demography”, set to last until 2024, with a budget of over 40 billion dollars. The program is a direct continuation of the state support programs of the mid-2000s and its main driver is payment of a multiple-child allowance. 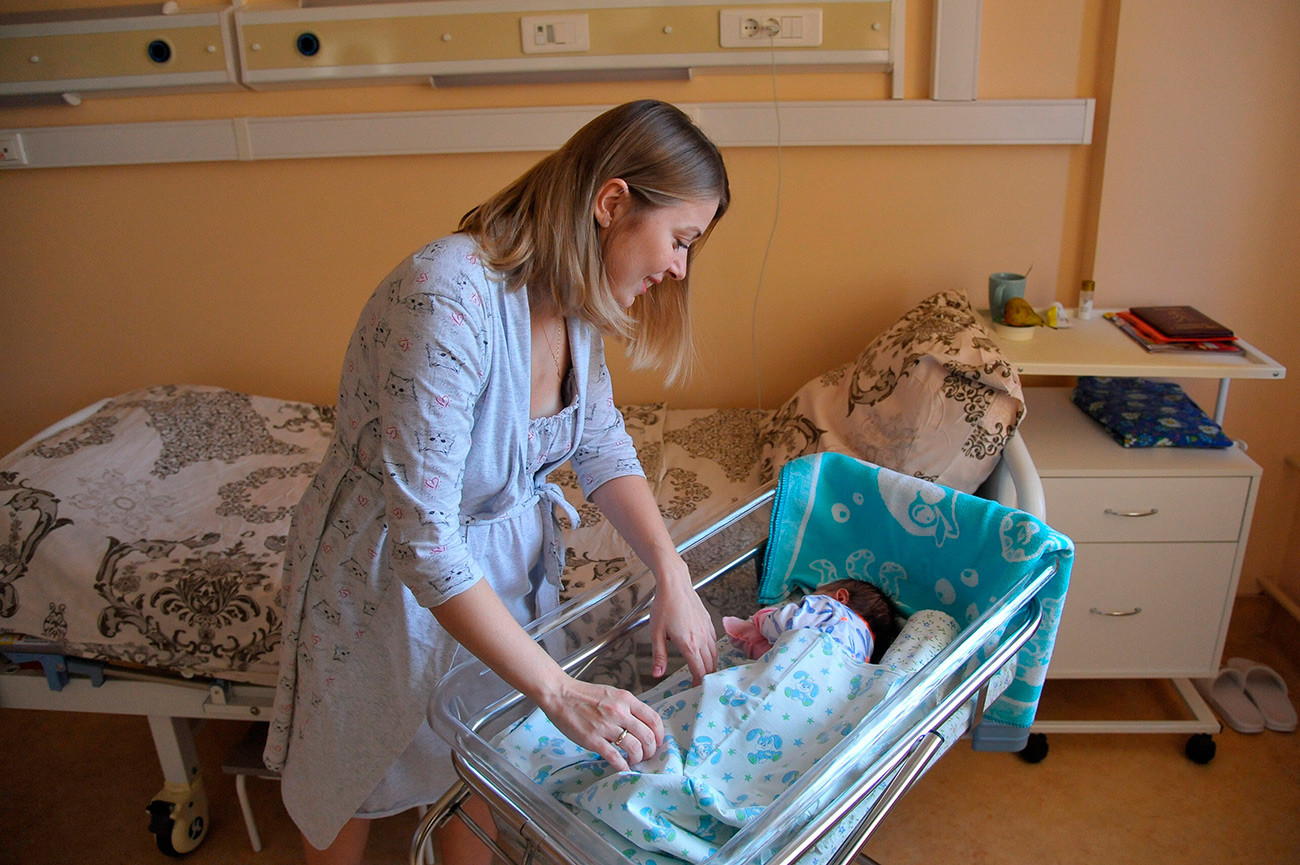 But even this is believed to be insufficient, and demographers predict yet another "dip". Furthermore, some criticize the Demography program for its overblown budget, while others, on the contrary, believe that financing should be increased at least fourfold, up to 2 percent of GDP. According to general director of the Institute for Scientific and Public Expertise, Sergey Rybalchenko, "in European countries this indicator amounts to 3-4 percent, and in France specifically, 5-6 percent of GDP." This means Russia must still improve on what it is currently doing in order to reverse the negative tendency.