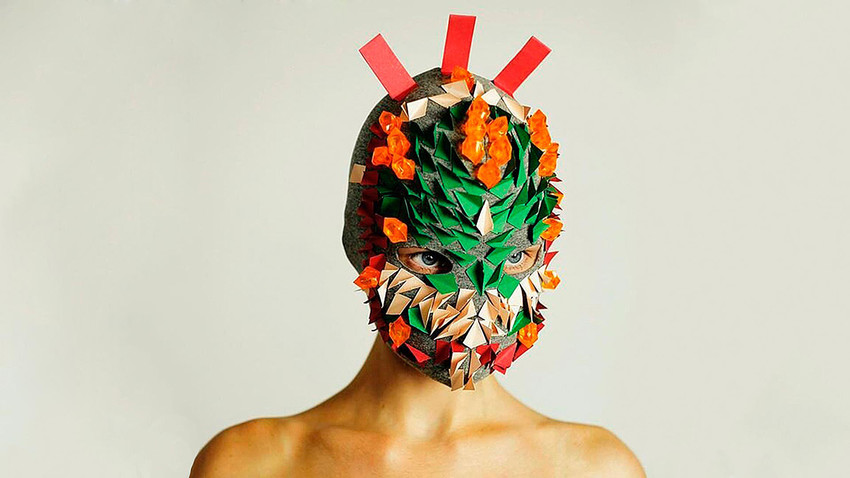 @nastia_pilepchuk
Wearable art in the pandemic era. These are the most amazing face masks by Russian artists you’ll see today!

Face masks have (sadly) become the main ‘fashion accessory’ of the season, but the following Russian artists have long had their sights set on reinterpreting them in a new, creative light. Below are some of the most dazzling examples of this ‘mask art’. 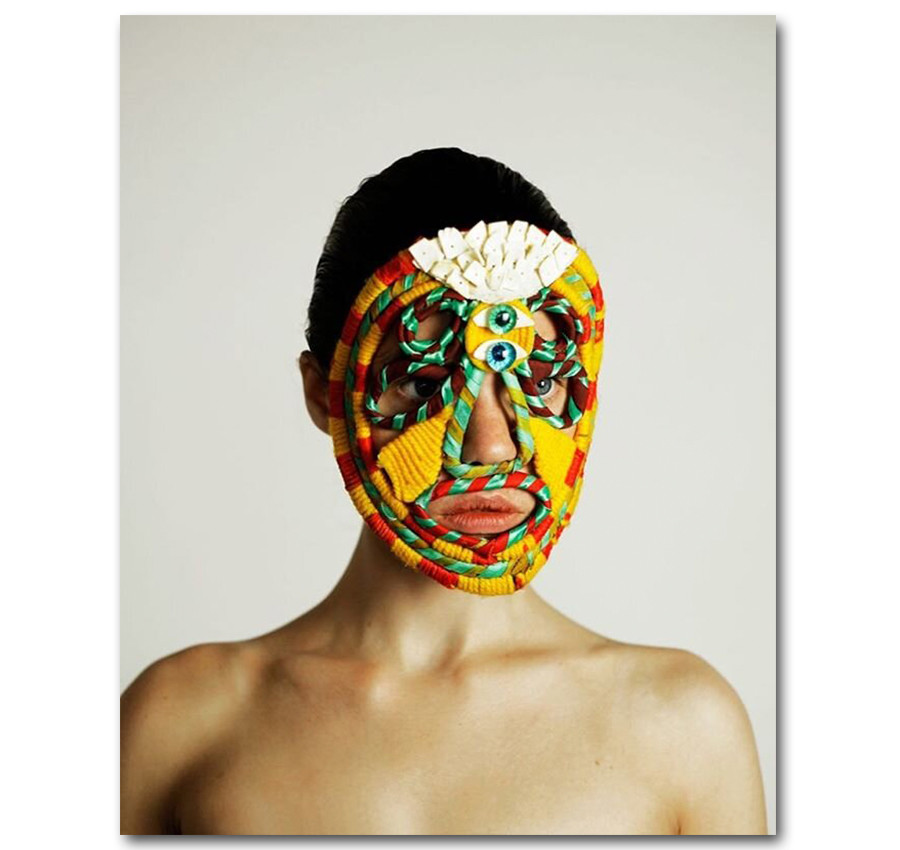 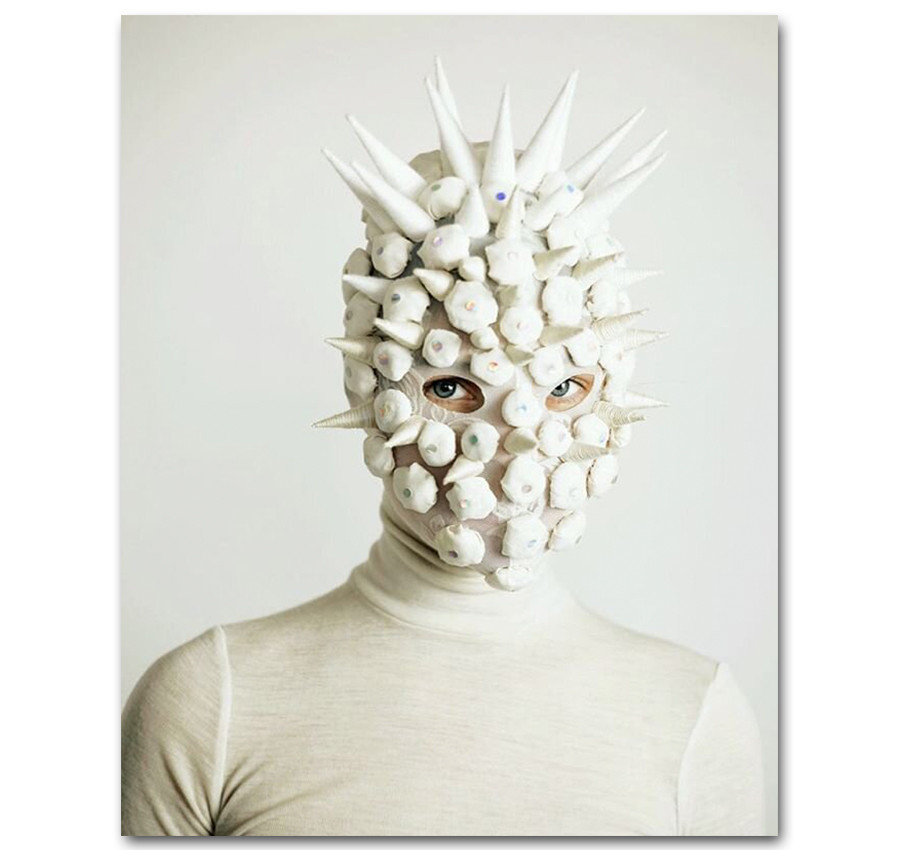 “I derive a lot of my inspiration from Frida Kahlo and Björk - they are so unique and special,” she says “Björk is definitely one of my favourite artists and I think she influenced my vision somehow. But in my mask-making, I get inspiration from plenty of other things as well: people (in general), nature, cultures, moods.” 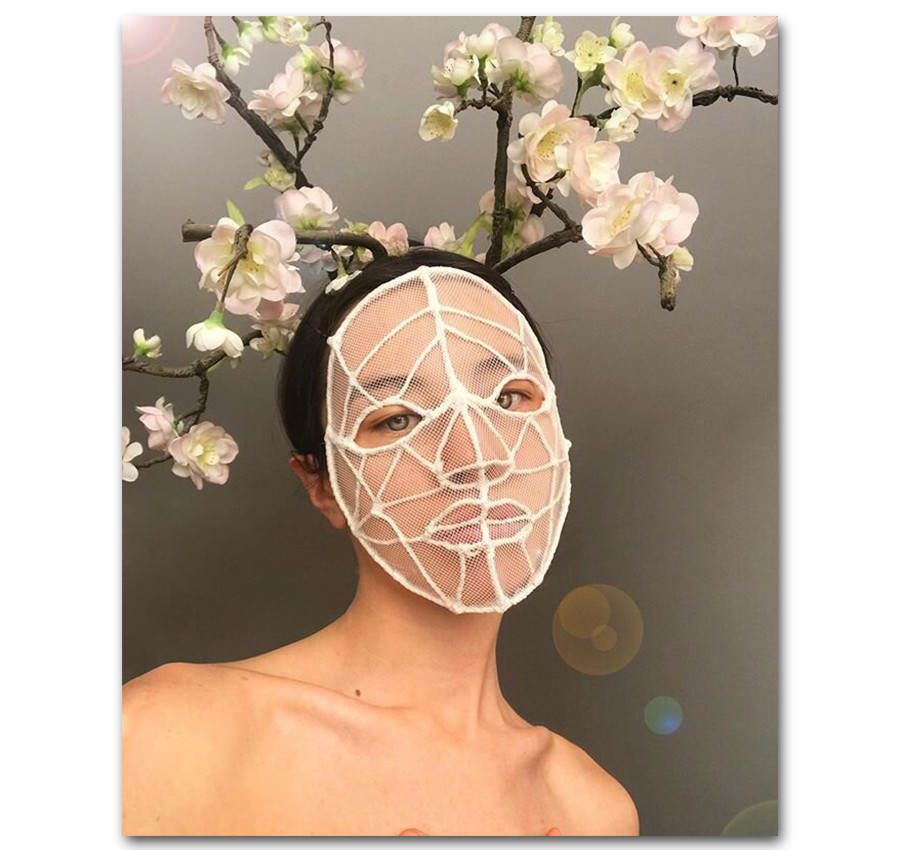 Pilepchuk hails from the icy Sakha Republic, having spent her childhood in Buryatia, where shamanisitc roots run deep and masks play a huge role. 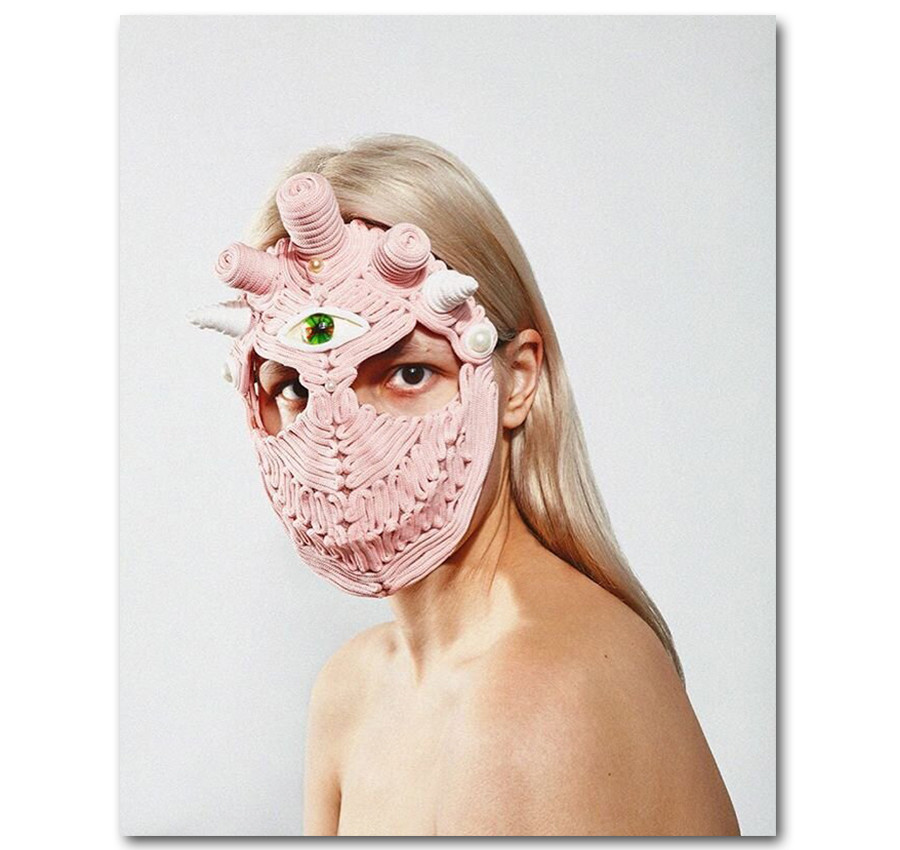 She claims not to have a final picture of what a mask will look like when she sits down to work. A lot of them start off as a ‘cast’ of her mood at the time. “I just take material, draw a certain emotion or memory, and work until I realise that it’s finished,” she says. 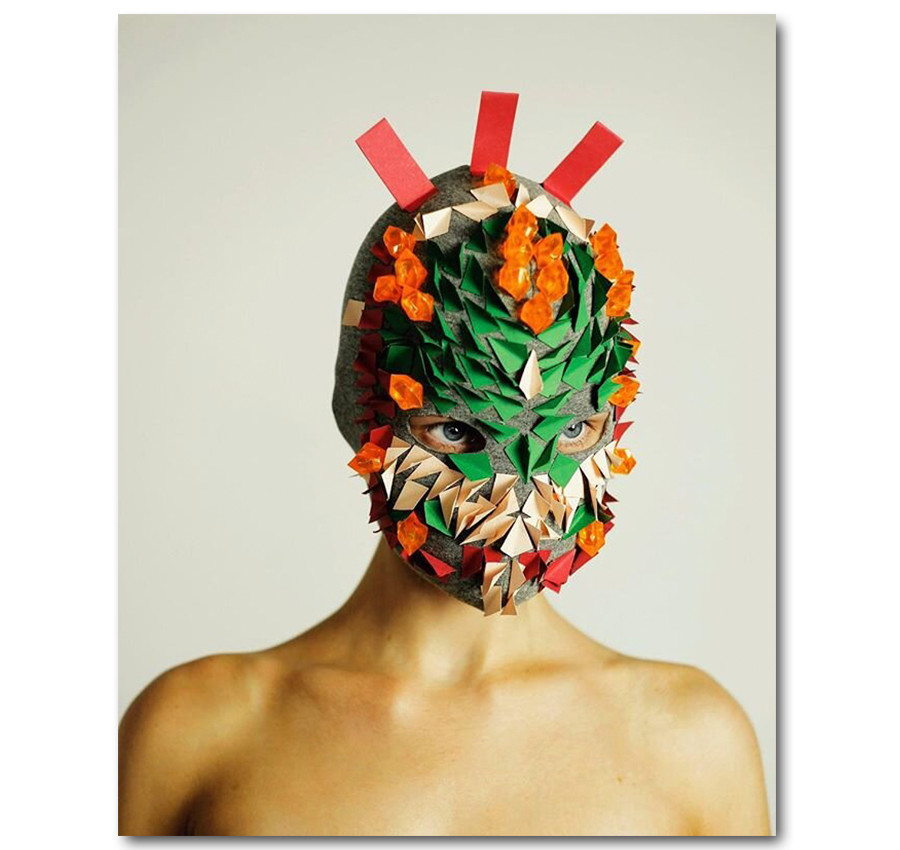 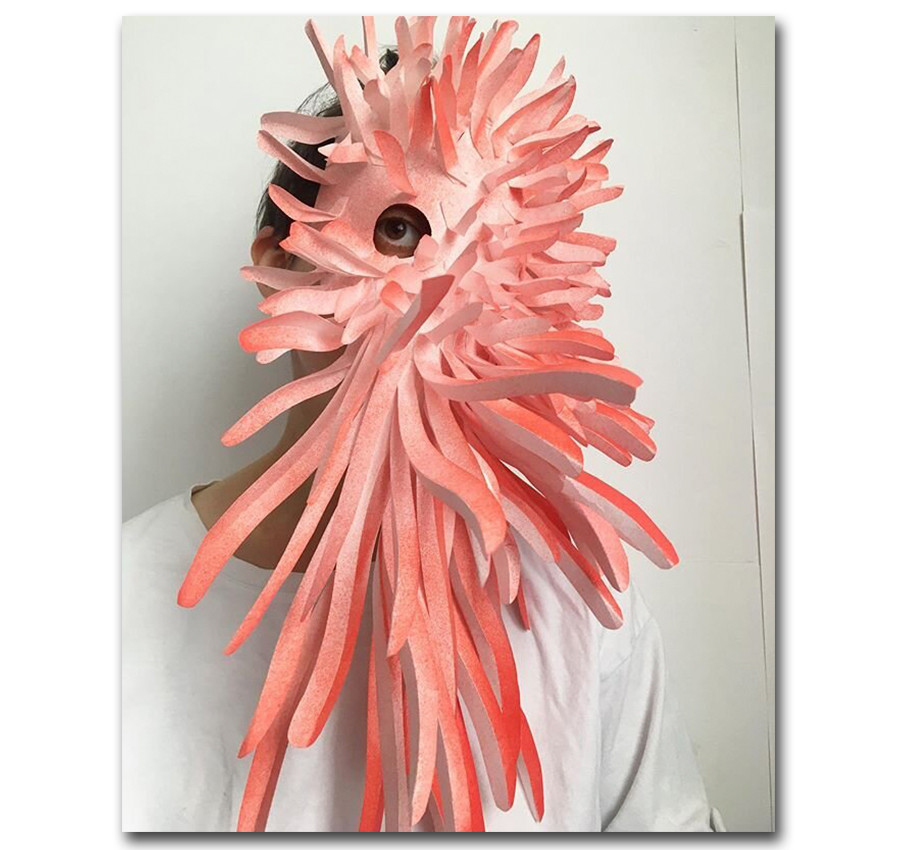 Venera Kazarova creates costumes for stage productions and modern dance, as well as quirky masks woven together from various textures. Her favorite trick is to mix the unmixable, such as, for instance, paper and fish (actual fish). 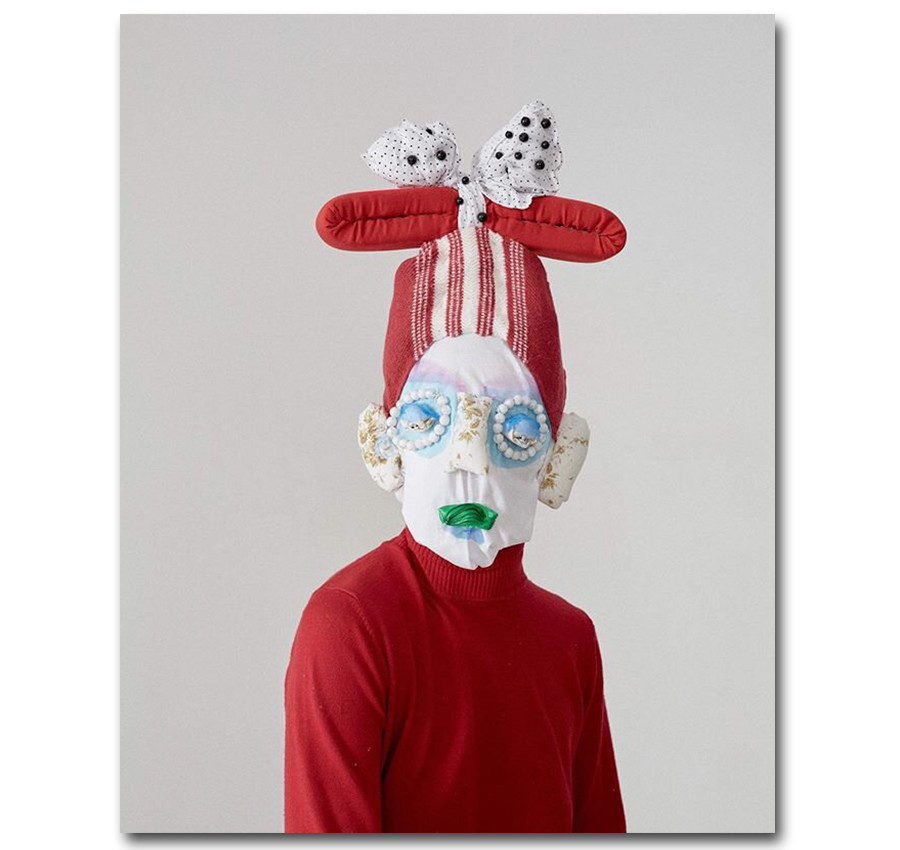 She has plenty of variations on the food theme, particularly the aforementioned fish. “It's probably some kind of symbol for me, and one day I’ll understand what it’s about,” she explains. “I know all the fairytales and myths about fish. They just fascinate me.” 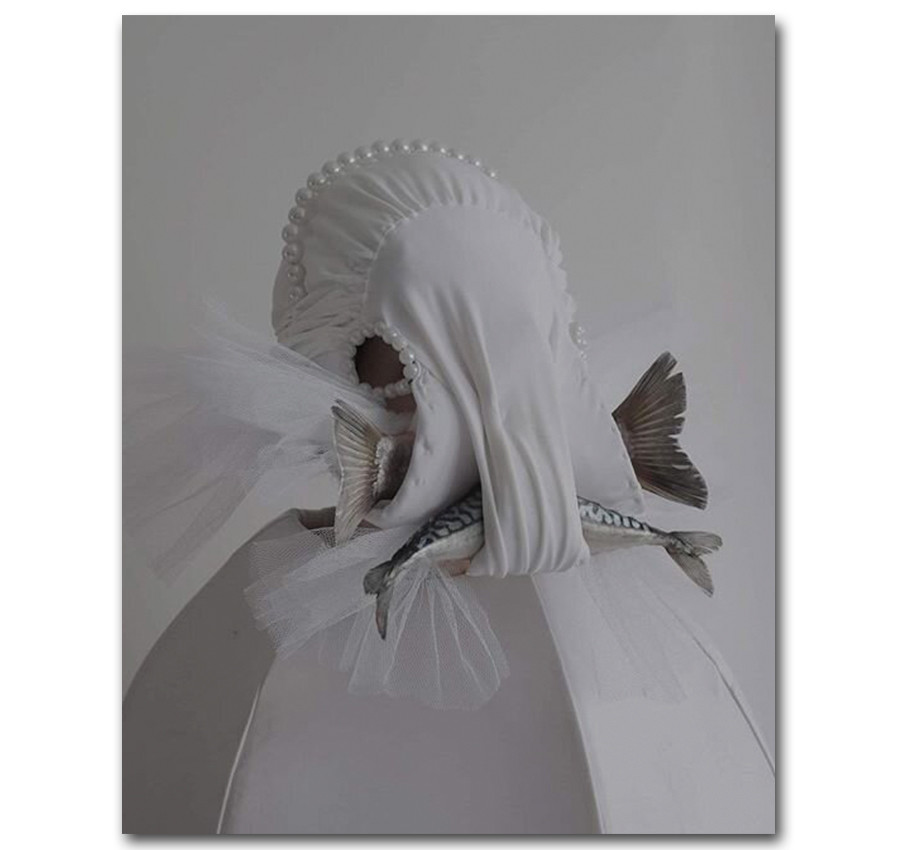 Her artsy masks, sadly, aren’t functional at all, she admits: they’re more of an art project - something akin to a “visual diary”, as she puts it. “I can make a mask out of anything, just as I can see a mask in anything,” the artist claims. 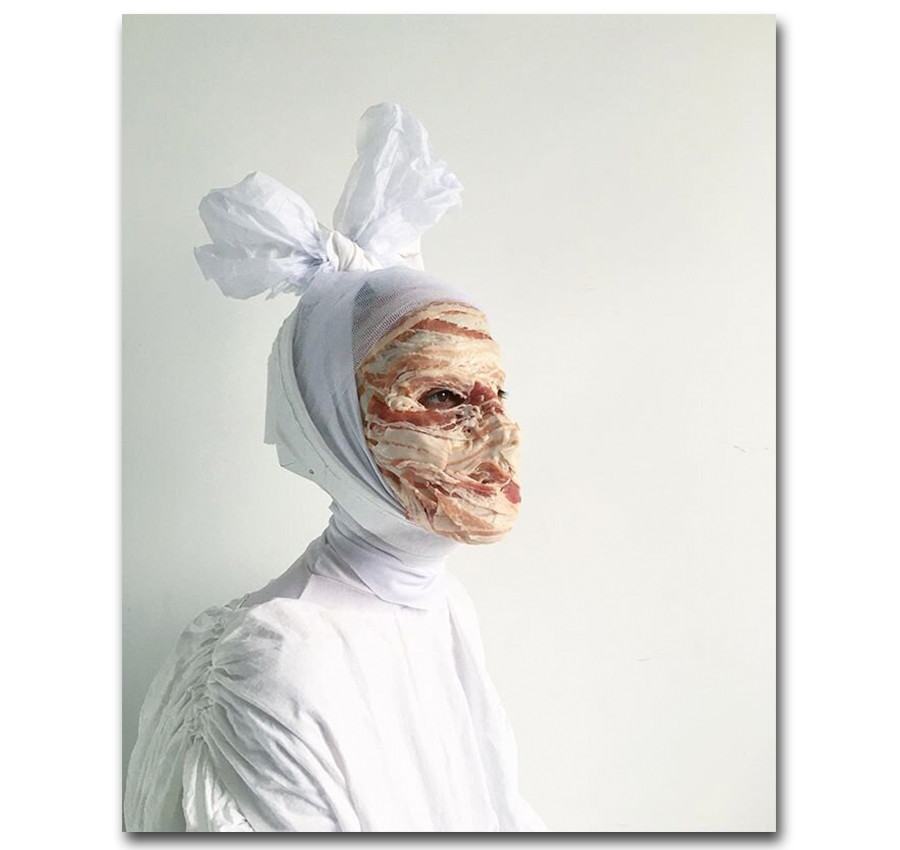 Although, we have to admit, a regular, uninitiated person might have trouble getting to sleep after coming face to face with her ghastly creations! 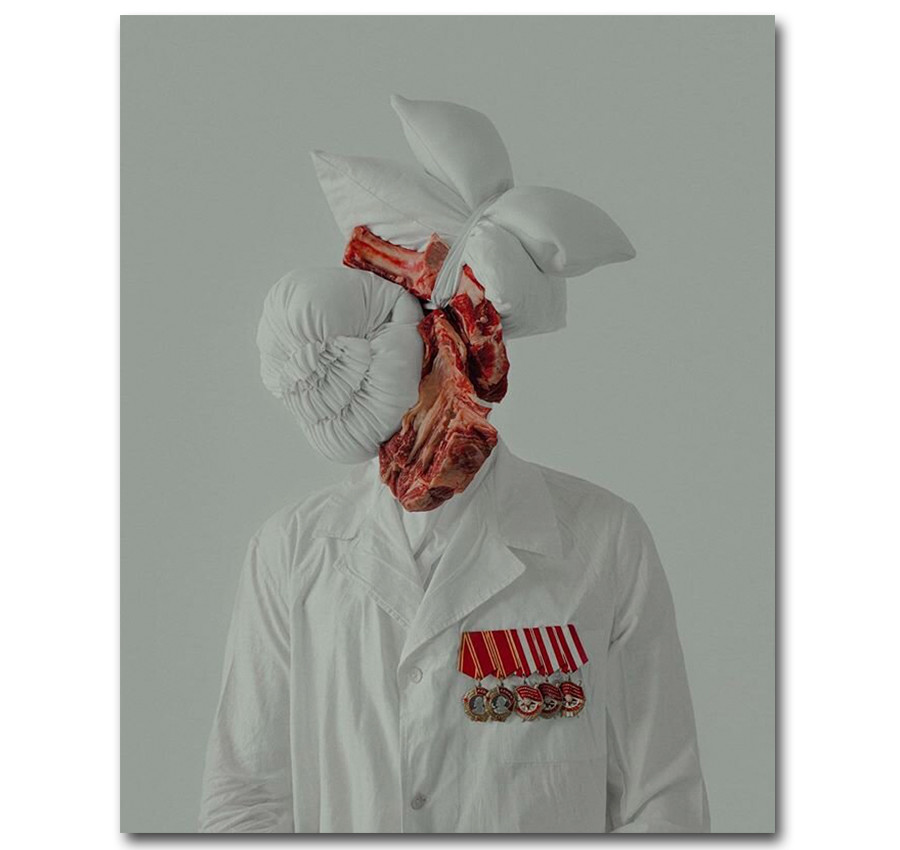 Nizhny Tagil-based artist, Alisa Gorshenina, likes to experiment with a variety of materials, whether it’s making high heels with synthetic winterizer, soft sculptures - or gypsum cast babies! Masks are just another branch of that creativity, made with textiles.

Ural myths and legends - a so-called “energy of the Ural” - permeate through the artist’s works.

According to Alisa, she gets an especially acute sensation of a “come of the Ural”: “It’s as though the people here live in some sort of metallic container. They’ve been overrun by the city, but within them, an animal still yearns to be reunited with nature. Perhaps, this is all fantasy, but at times I think the ‘come of the Ural’ is more real than I am.” 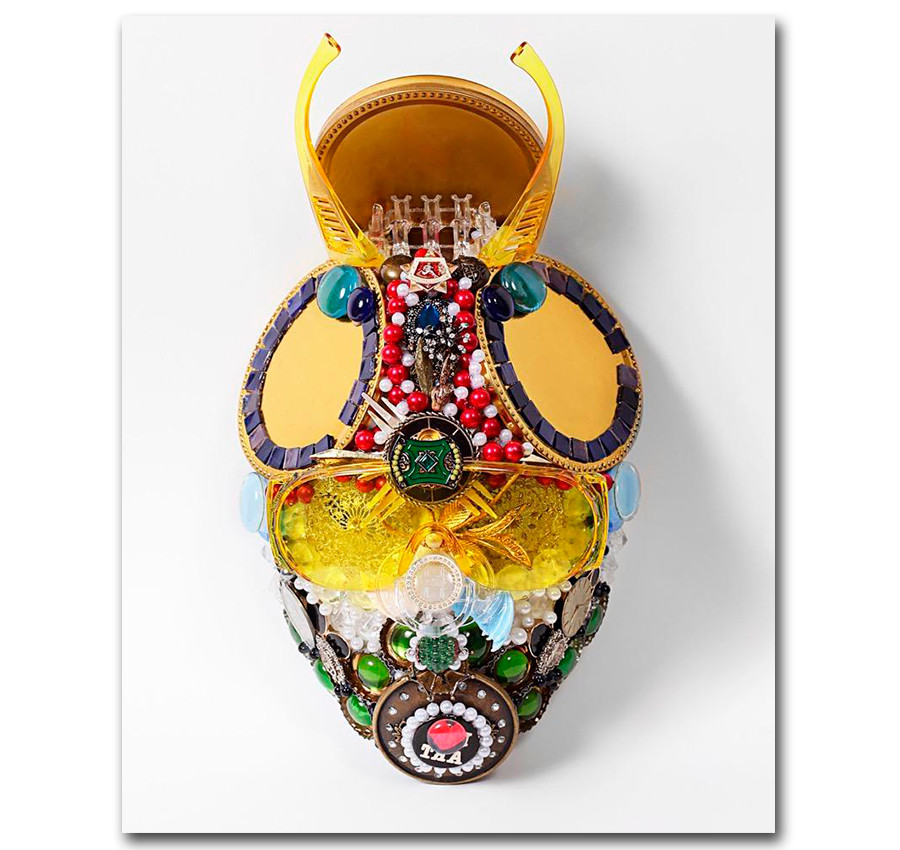 Shablin arrived in the art world from the world of fashion - the artist used to work in several glossy magazines as a fashion editor. His first experiments with masks began in 2012, when he and a friend decided to make one for a party. He liked the results. 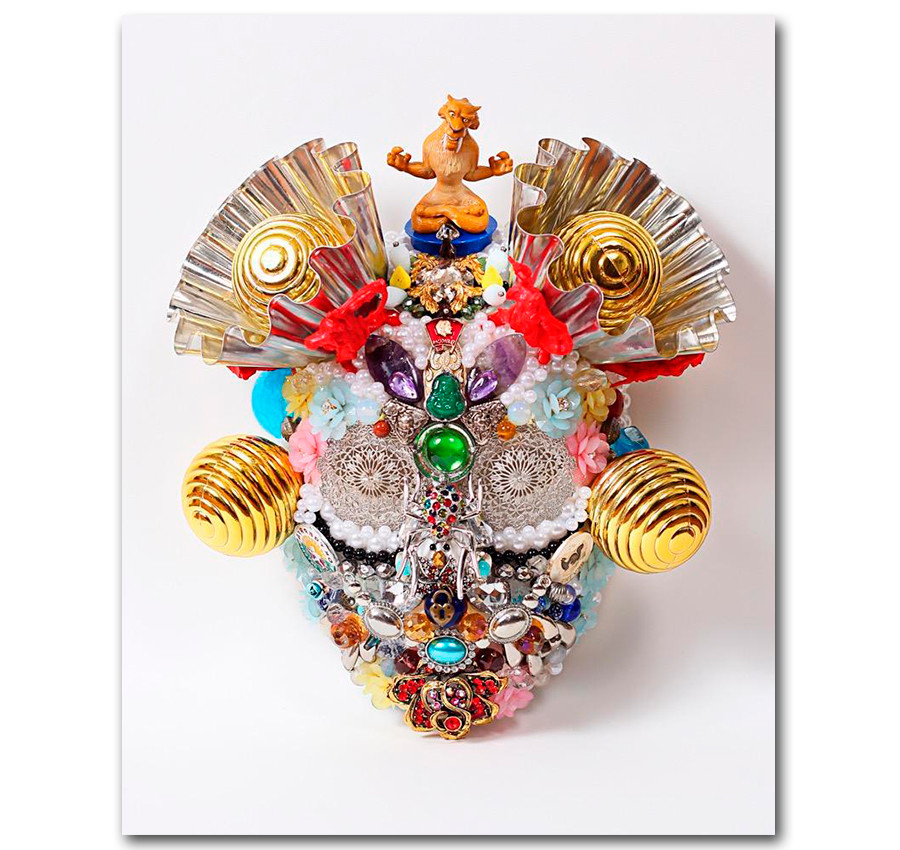 Today, Shablin’s popularity can be attributed to his recycling-themed masks. His works could be seen on display at various Moscow museums, as well as Paris’s RMN-Grand Palais. 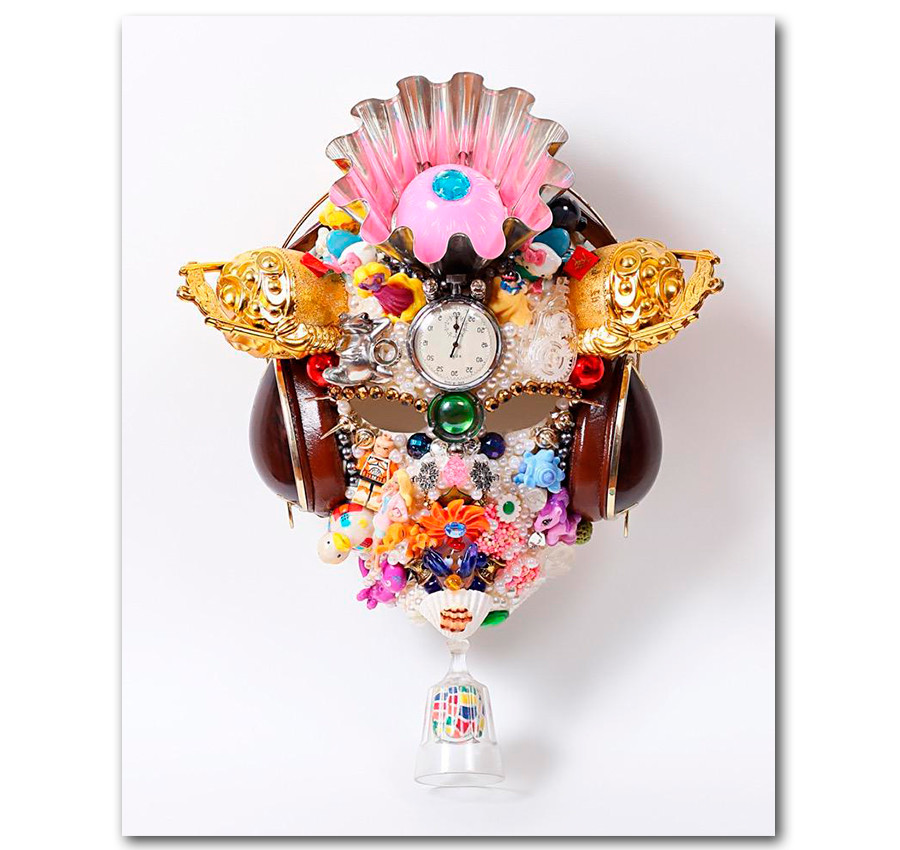 Shablin uses a wide variety of objects - christmas tree toys, watches, badges, baking molds and beyond. Most are borrowed heavily from pop culture. Or, as he puts it - “masqueraded” icons of the modern media reality: video games, comic books and movie characters. One such series, for example, was based on the Transformers franchise. 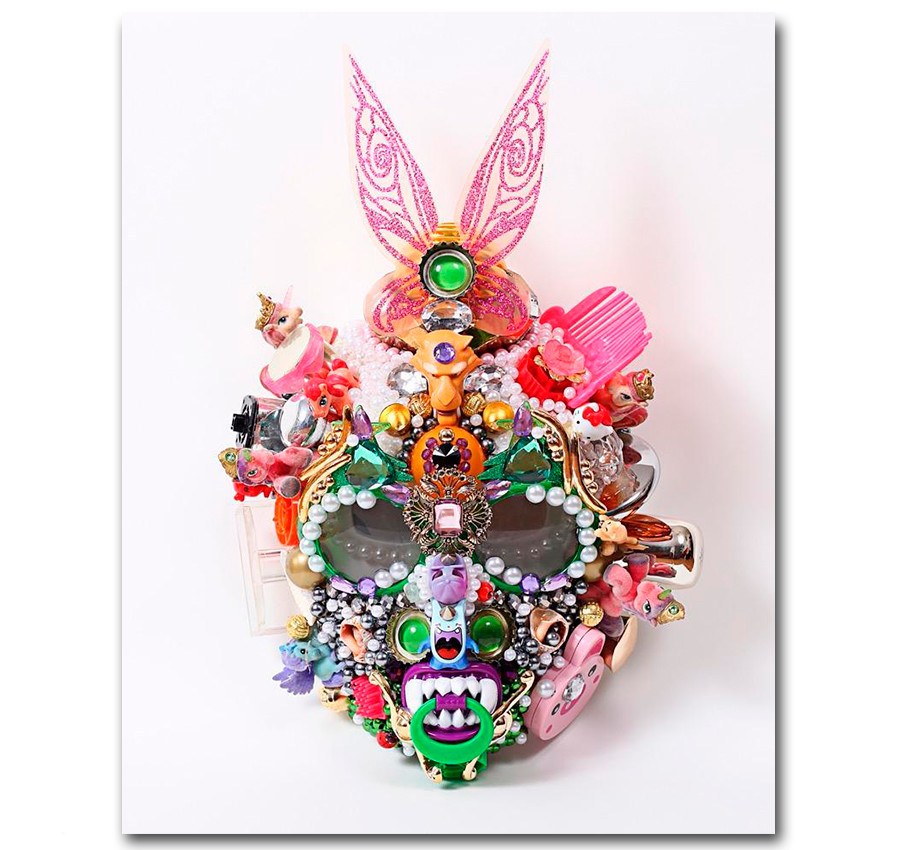 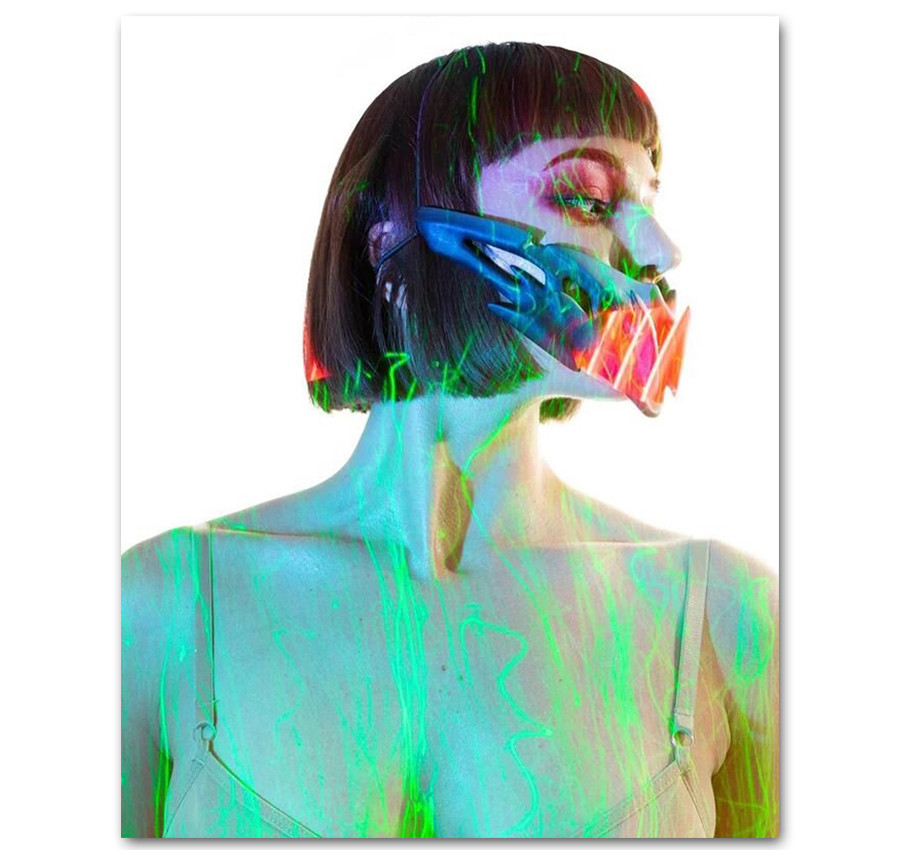 Replyansky works in cyber-design. His path actually began with the creation of prosthetics and neural interfaces, as well as the conviction that these medical accessories need not resemble a limb that has been lost to us forever. 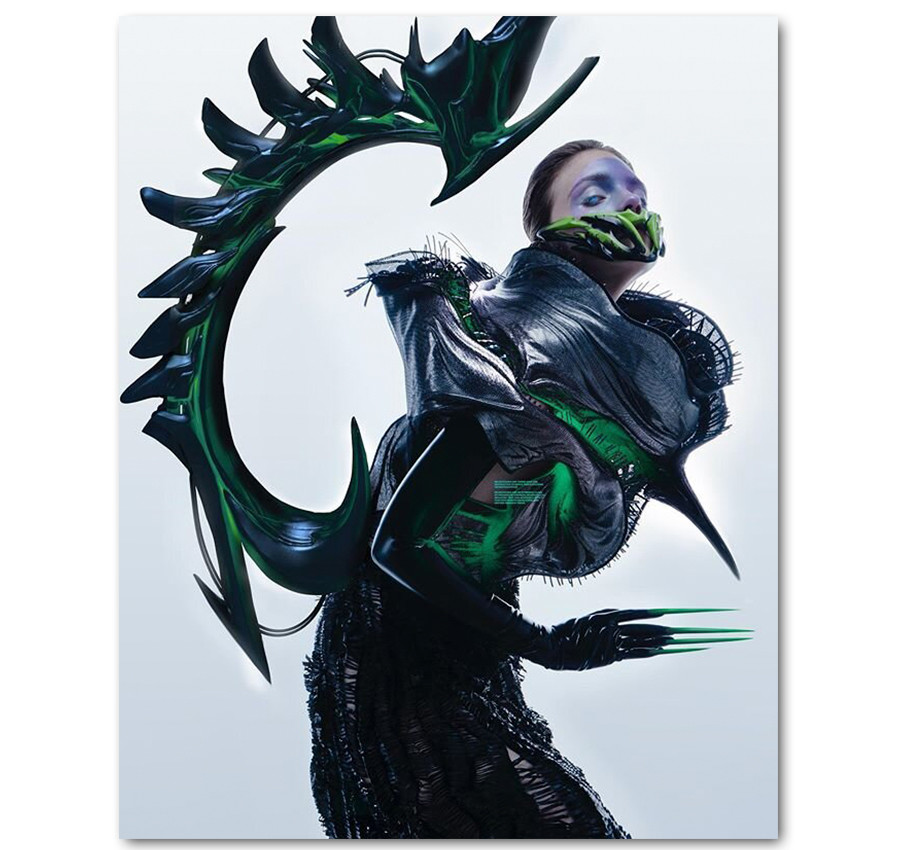 Soon, his attention switched to masks. They differ from other artsy designs in their ability to be used as actual, funcional face masks (if you’re a fan of cyberpunk culture, that is). 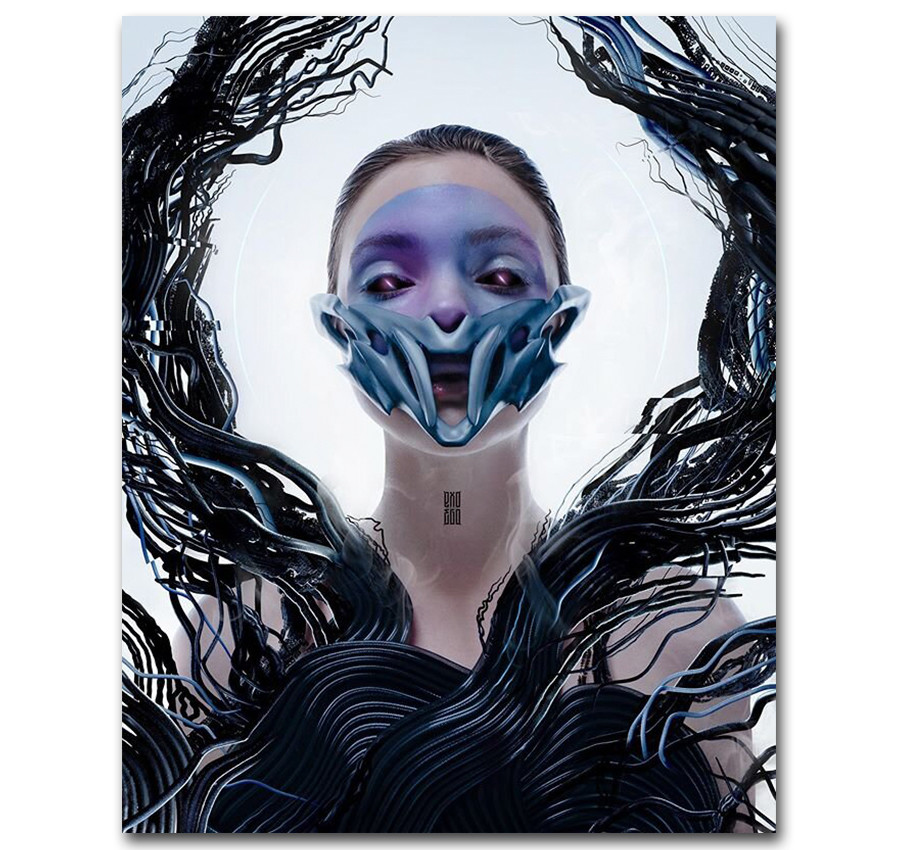 “In creating these masks, I worked with an awareness that wearables can influence the personality. We feel different by donning different masks. It’s like trying on a different energy,” he is convinced. 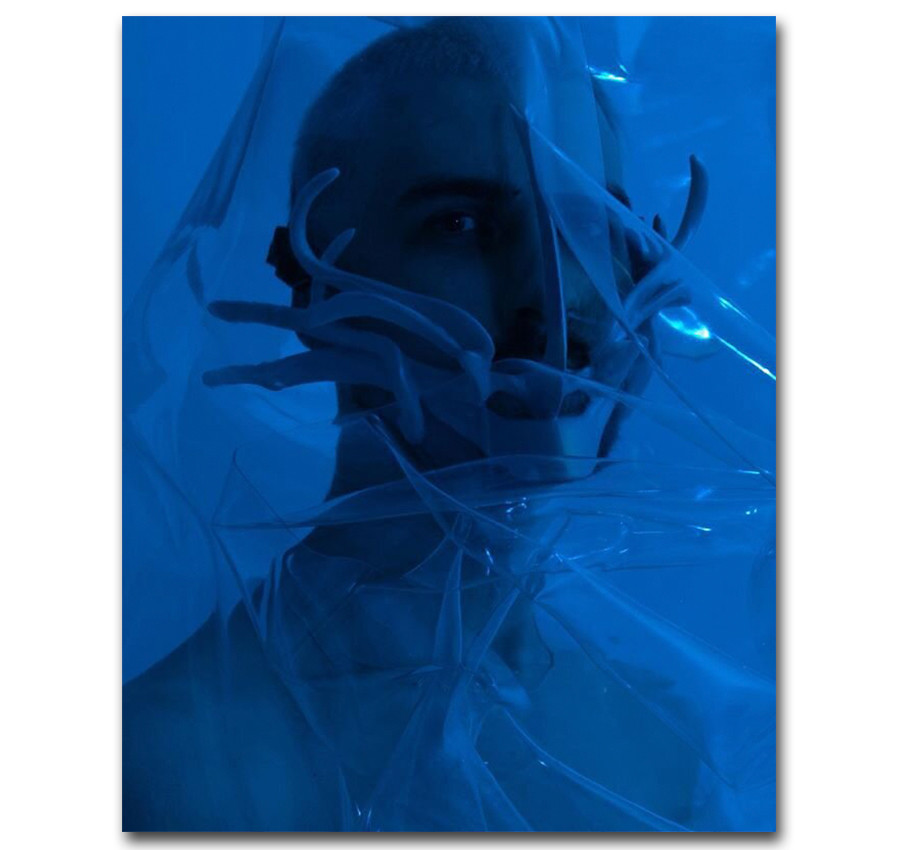 Replyansky is currently working on his own brand of face masks, but his works can already be tried on virtually with the use of augmented reality on Instagram. His ‘Cobra’ mask alone has garnered over 130 million views.