How bad is Hulu’s The Great? 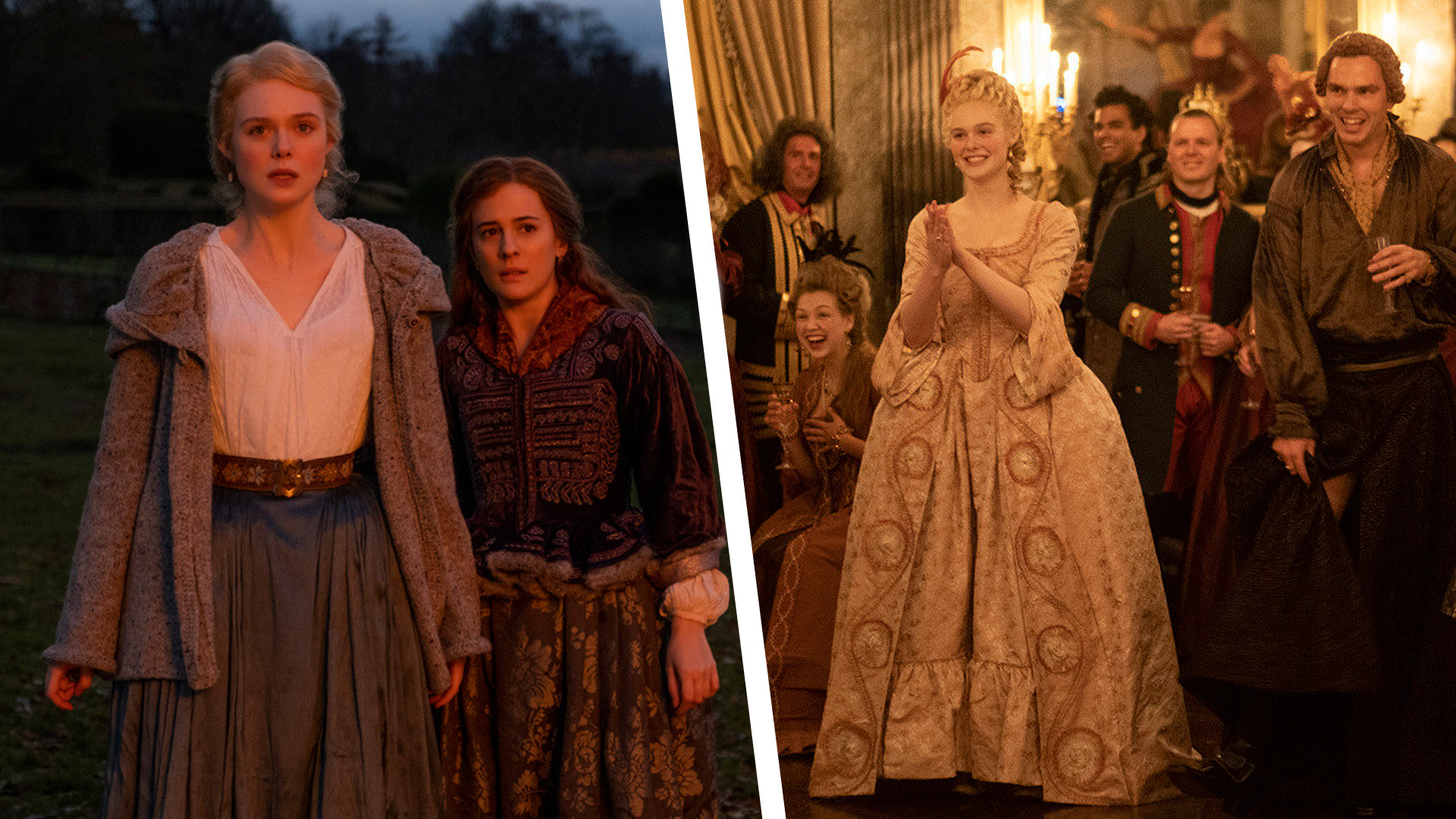 Colin Bucksey, Bert, Geeta Patel, Ben Chessell, Matt Shakman/Thruline Entertainment, Echo Lake Entertainment, 2020
Two of our staffers, a certified historian and a borderline zoomer/faculty of journalism graduate, recently watched Hulu’s new TV show ‘The Great’, which fantasizes about the famous Russian empress Catherine the Great’s life. And they ended up with completely contradicting opinions about it.

While our historian wasn’t able to finish the show at all – because of the outrageous exaggeration, outright lies and blatant rewriting of history, our zoomer enjoyed the fun plot, which reminded her of contemporary Russia.

“Fabled is the cruelty of the British rulers of the Middle Ages. In the late 18th century, in their giant ziggurats built in the Northern town of Rio de Janeiro, they used wild ravens to poke out the eyes of the executed. The morals at the court were low – men were obliged to brush their buttocks off each other as a greeting. It is a story about Victoria, the first red-skinned queen of Britain, who stoned her husband to death and later married their daughter.”

If you’d like to learn Russian ‘history’ in a way British history is portrayed above, then watch Hulu’s The Great, which treats Russian history as a vague basis for a rather gory narrative. I didn’t enjoy watching Catherine stabbing a cadaver for 5 minutes, soaked in blood, or her biting on the fingers of the Patriarch and spitting blood – but without Tarantino’s accuracy, just in a comical manner, which confuses the viewer beyond repair. As for the humor – if you still laugh when you hear words like “syphilis” or “piss”, then this ‘comedy’ is for you.

Tony McNamara, the principal screenwriter of the series, is famous for creating The Favourite (2018), a movie whose historical accuracy is also heavily debated. The main problem with The Great is really its sub-heading: “An occasionally true story”, because I failed to find anything true about Russia and its history in the series. The printing press Catherine rolls into the palace’s hall in Episode 7, or the manner of her talks about Rousseau with her ladies in court are as fantastic/fictional as the bear she’s given on her arrival, as a ‘royal’ gift or the dark-skinned Rostov. Or everything else. 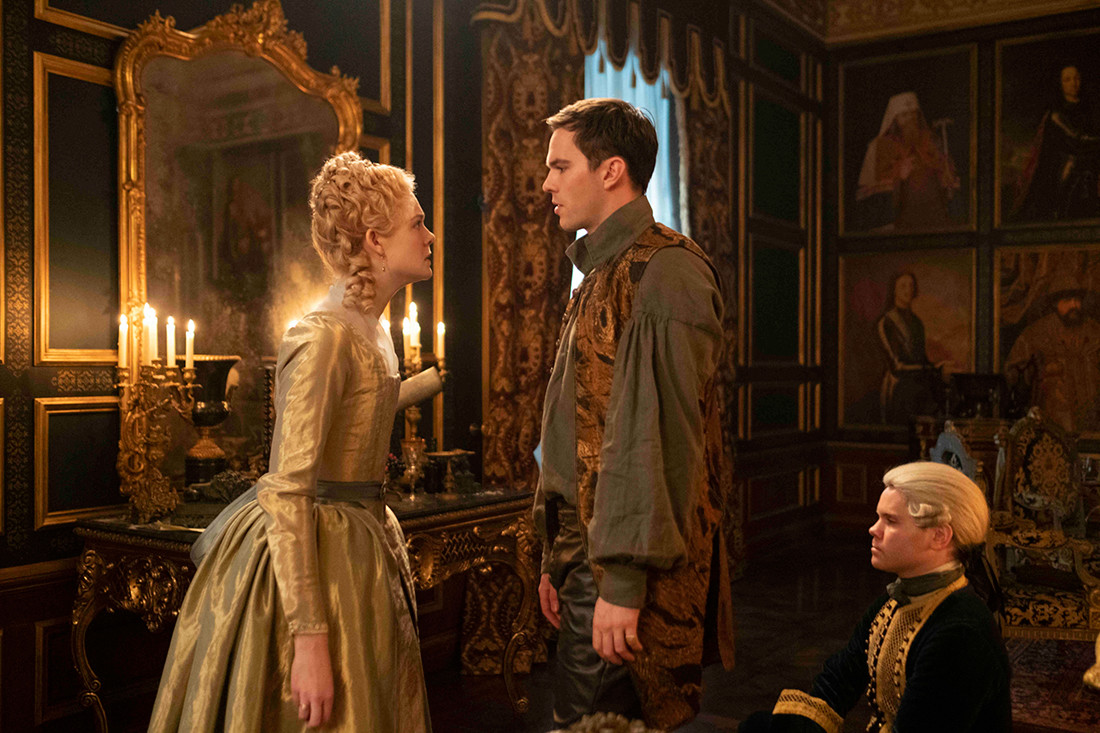 Georgy Manaev: "I'd rather say that's a still from a David Lynch movie"

The disgusting thing is that all the while, the Catherine in the series keeps talking about “great Russia”, “love for Russia” and so on.

It feels the country’s name and the Empress’s name here are just used as famous brands to attract viewers to a very low-quality production made by a company (Hulu) that built its fame on reality shows and mockumentaries.

It appears that Russians have a new favorite pastime: searching for mistakes and distortions in all foreign-made movies and TV shows about their country. We find fault with HBO’s Catherine the Great (but also praise it), and gleefully point out the historical inaccuracies in The Last Czars, and then flood social media with the same message: “Only we can film Russia well; don’t touch our history.” (Which is not true, by the way.) Well, it seems that Hulu took notice and... sent us to hell. And rightly so.

And yet, in this sea of inaccuracies and atrocities, the TV show reveals more serious issues that are relevant to this day: serfdom; the senselessness and ruthlessness of the majority of wars; the desire of a head of state to hold on to power even to the detriment of the people; the domination of the power of the Church over science; and finally, domestic violence and the reduction of a woman's functions to that of satisfying men’s sexual needs and giving birth to children. 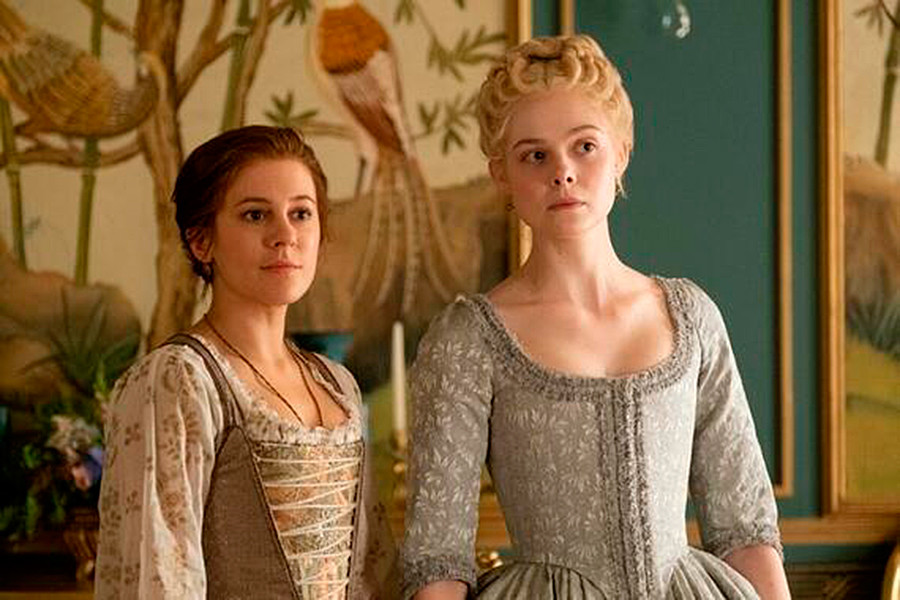 There is more: one scene with the skeleton of Peter’s mother in the palace is a hint at Lenin lying in the Mausoleum on Red Square.

It is much easier to complain about historical inaccuracies and express outrage on social media over a black Russian count in a comedy series than to relax and laugh at a satire on the mistakes of the past and present. Yes, very crude, lewd and exaggerated, but a satire nonetheless – Elle Fanning warns us about this in the promotional poster, showing us the middle finger.

And for as long as the TV series successfully fulfils its function - ridiculing problems and stereotypes so much resented by its object of ridicule - Count Rostov can be depicted by a black man, a chair, or a unicorn. The Great will not be any worse for it.