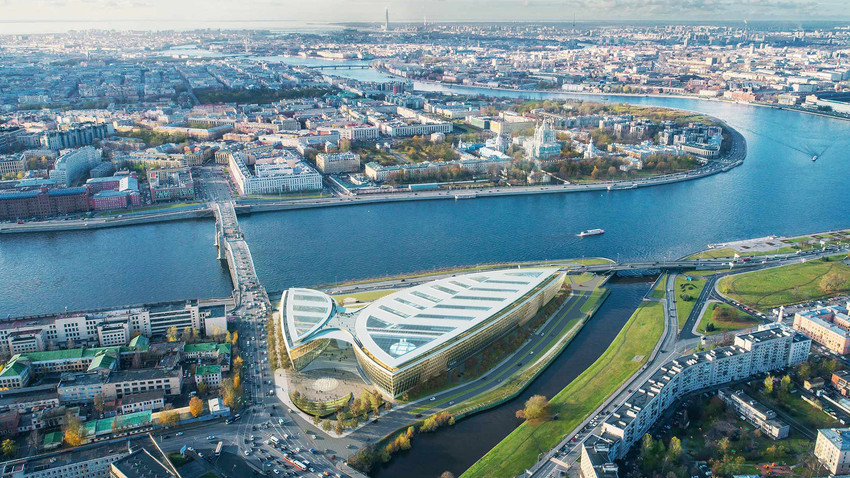 Nikken Sekkei
The Crystal Vessel project, with its sculpturesque facade and park landscape will grace the Neva embankment at the site of the city’s old Imperial shipyard.

One of Japan’s oldest architectural bureaus, ‘Nikken Sekkei’, recently won the tender to design a 28-meter-high building in Okhta Cape, St. Petersburg, at the site of a defunct industrial zone. The project will resemble a semi-transparent ship. 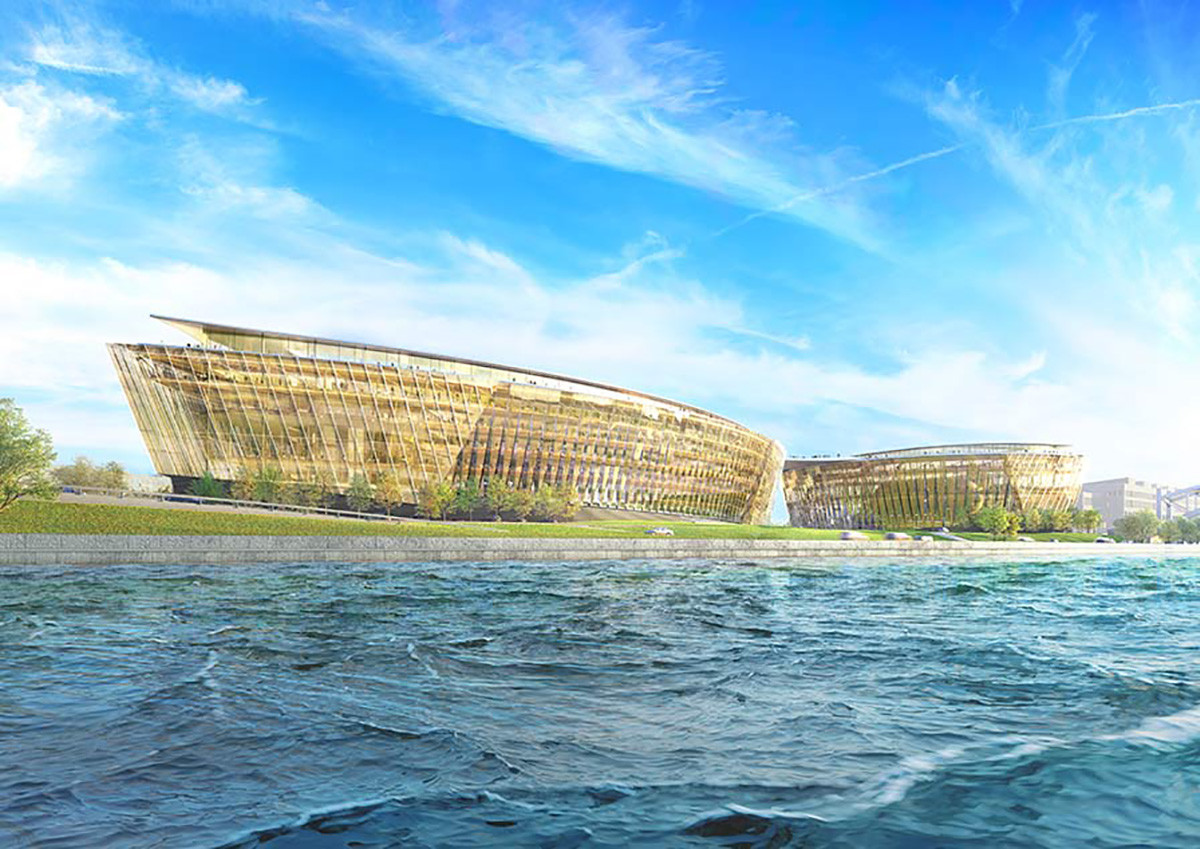 The concept itself did not come about by accident: the construction site used to contain one of the most important shipyards of the Russian Imperial Fleet, established in the days of Peter I.

“According to the architects’ proposal, the glass-like facade will literally be suspended above ground in a metal frame,” says Elena Ilyukhina,  a board member in ‘Gazprom Neft’, the oil company that owns the plot and is financing the project.

The company plans to establish its new headquarters there (with the previous plan being to relocate to the neighboring 400-meter ‘Lakhta-Tsentr’ skyscraper.

The architects’ plans include dedicating the majority of the complex to public use, with office space only occupying the top levels. The building plans to house cafes, restaurants, shopping galleries and a winter garden; the outside will consist of a landscape park containing an amphitheater, a fountain and an open terrace overlooking the Neva River - “for doing Yoga in the fresh air”. 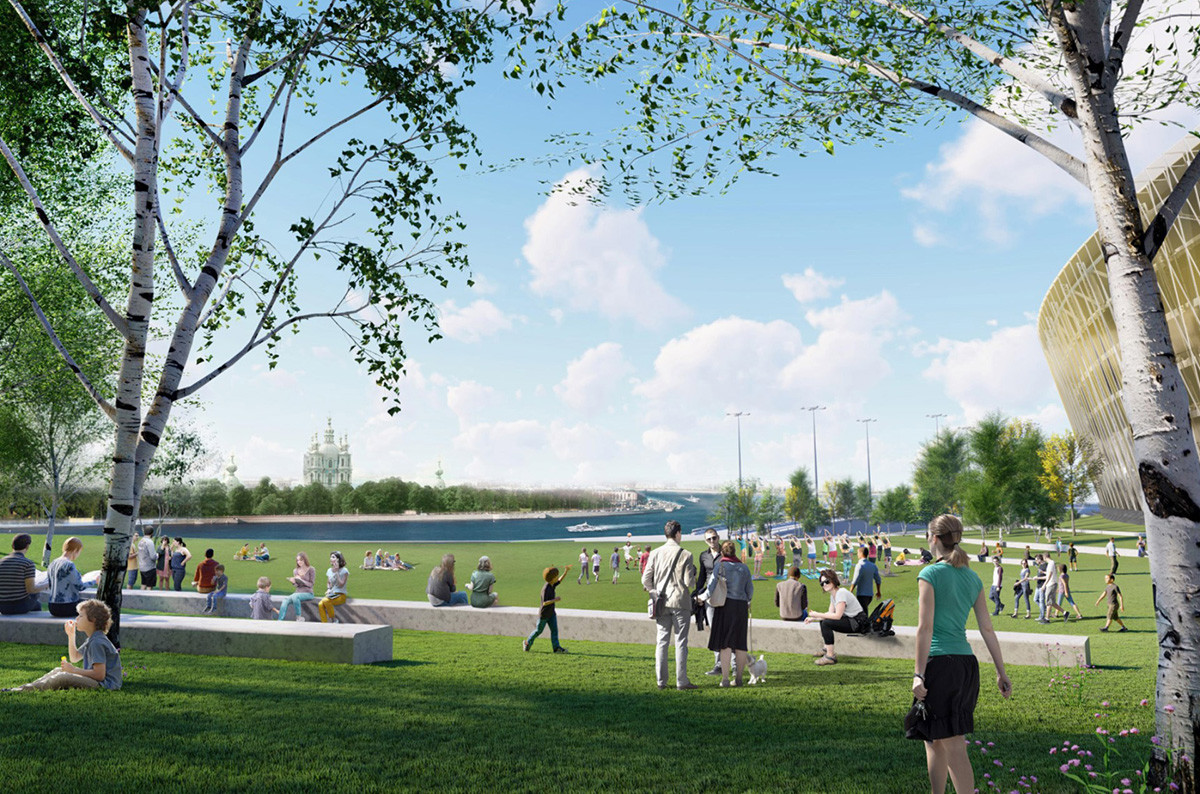 However, the crown jewel of the concept will be its gigantic arch. The space underneath will contain an aquatic mirrored platform, making for a striking visual effect, with the arch itself transforming into a panoramic deck with a skybridge between the two buildings of the complex. 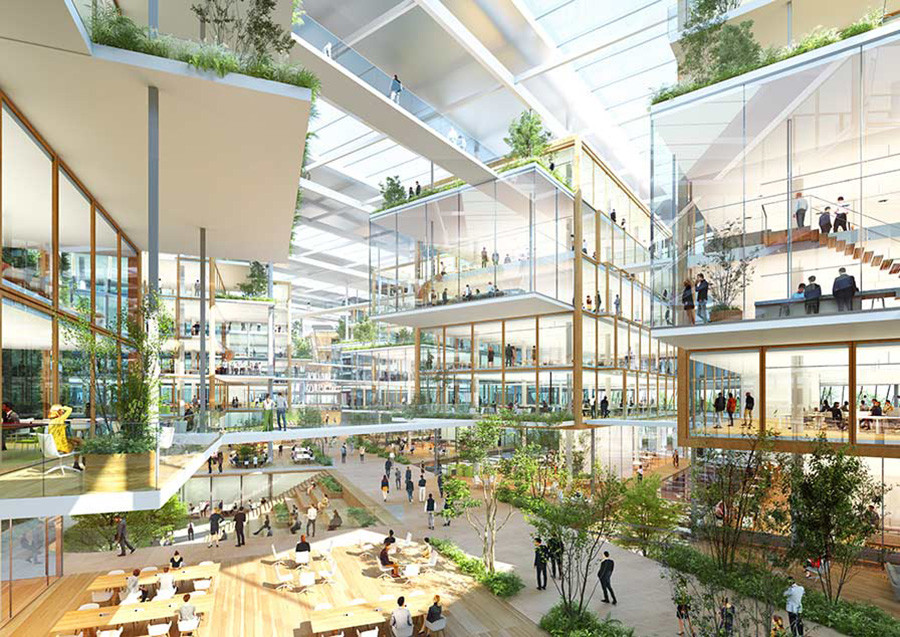 “We’ve created a symbolic gate between the two buildings - they open the view to the Smolny Convent. The Japanese philosophy of shakkei (借景) - the technique of ‘borrowed landscape’ - was employed here: in a way, the panorama becomes framed, allowing for the farthest points to be viewed as part of our landscape,” Fadi Jabri, the Executive Director of the Japanese bureau told the ‘Sobaka’ website in an interview. “This Japanese approach echoes St. Petersburg’s love of the arch - one of the most important symbols of the city.”

There is no concrete information yet about when the construction of the center will be completed. However, the whole redevelopment of the Okhta Cape for the project is estimated by Gazprom Neft to take four-five years.