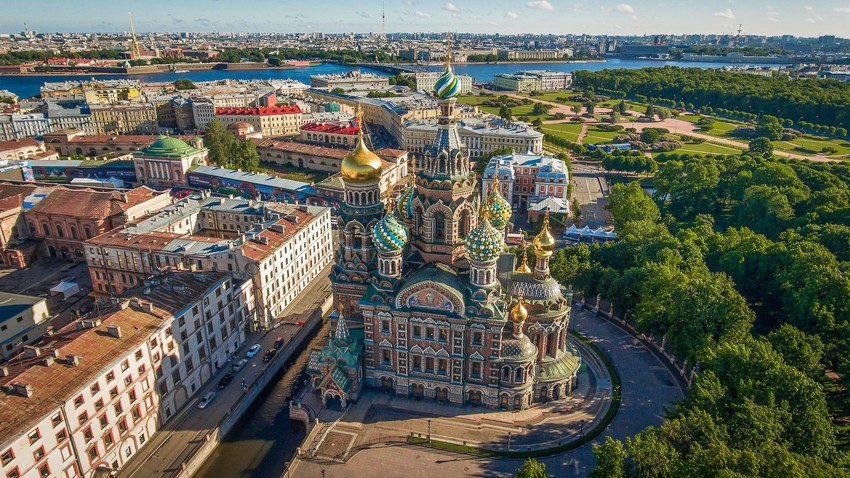 Nikolay Gyngazov/Global Look Press
These may well be the main architectural wonders of Russia’s ‘capital of the north’! 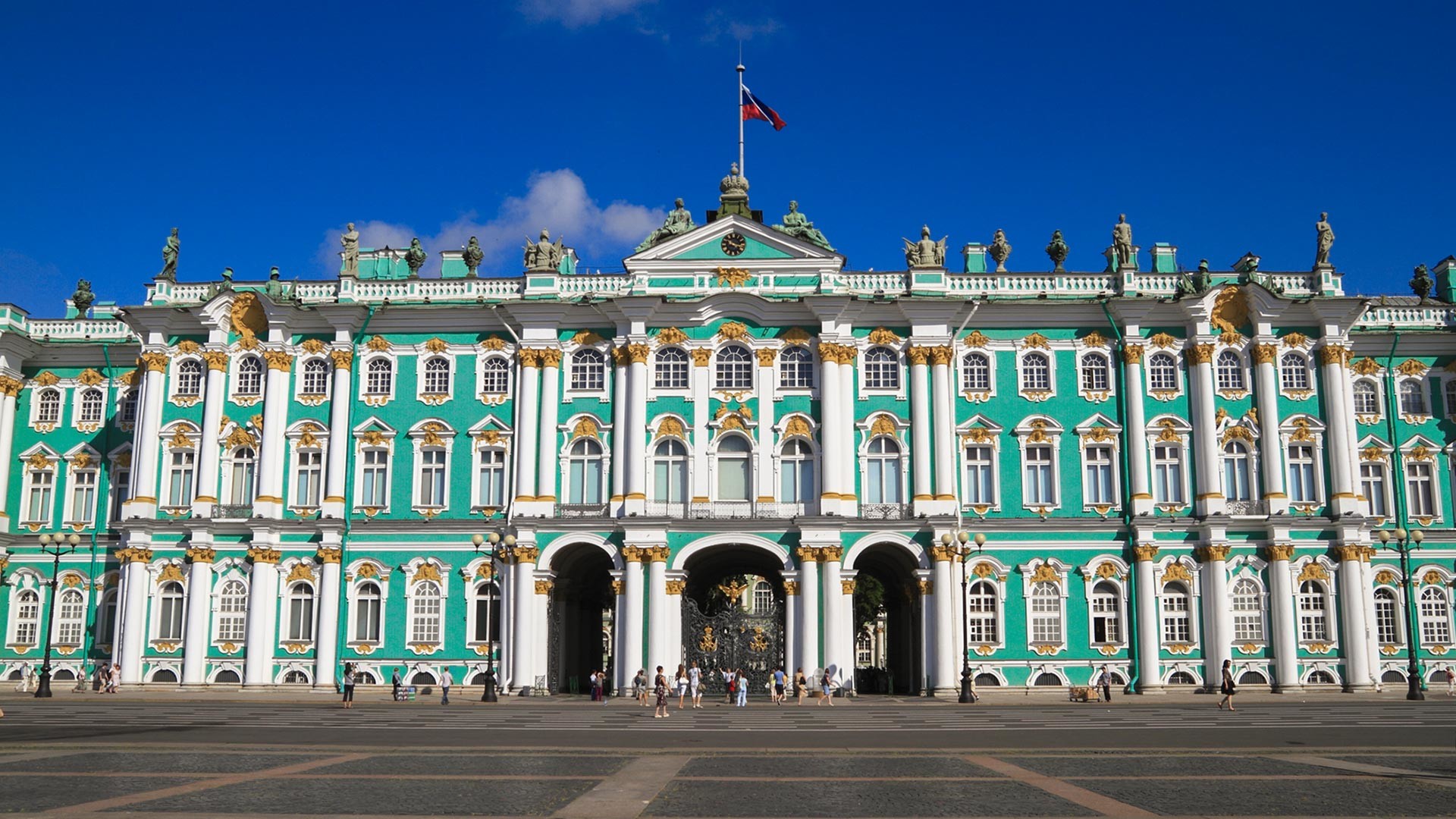 It’s difficult to imagine any such list without the Winter Palace - the once-main residence of the Russian monarchs. The baroque palace was finished at the time of Catherine II, and later expanded to include numerous imperial art collections. Just as it did back in the 18-19th centuries, it still dazzles with its size and splendor. Today, the complex forms the main block of the Hermitage museum - the biggest in the country. 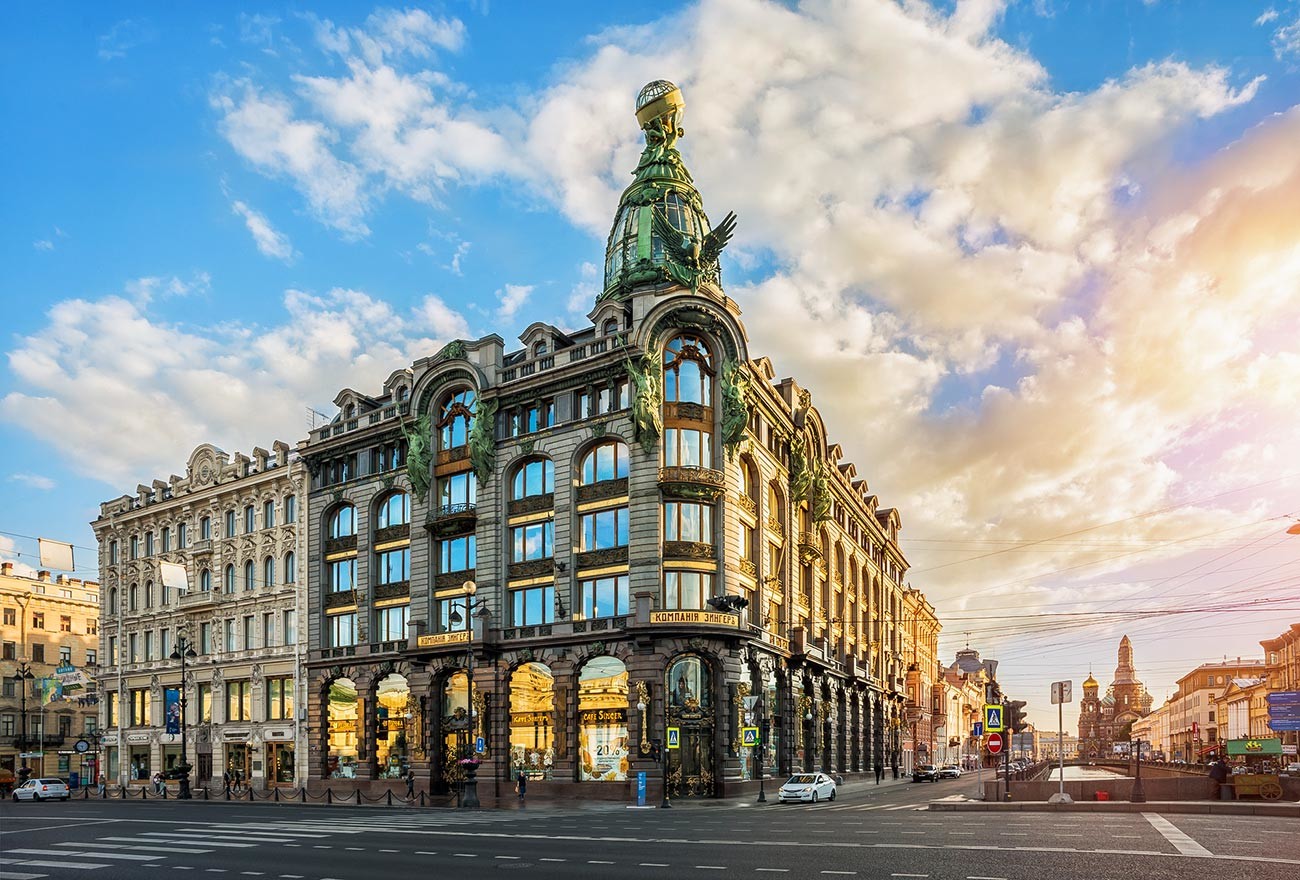 The building, also widely known as the ‘House of Books’, sits on the corner of Nevsky Prospekt and the Griboyedov Canal. It appeared in the early 1900s, commissioned by the Singer Sewing Machine Company’s branch in Russia. Its impressive modern-style facade is one of the most striking visual details on the city’s main street. Today, the first two floors are taken up by the House of Books store, while it also serves as the headquarters of the social media platform VKontakte. 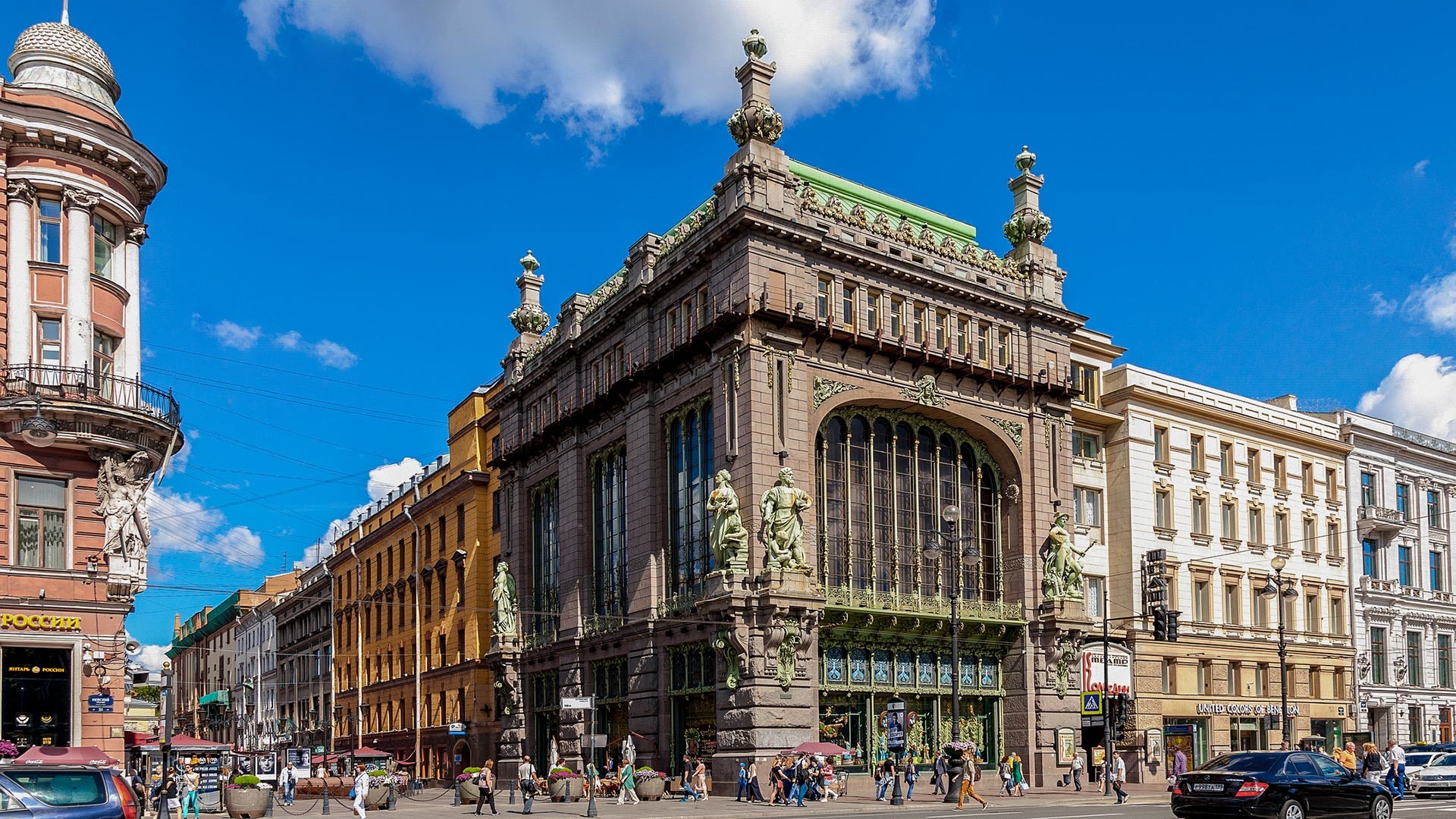 In 1903, the building was considered one of the most luxurious architectural projects of its time. It was thought that its modernist architecture, complete with a gigantic stained glass arch and facade sculptures, would demonstrate the wealth of the Yeliseyev Brothers partnership, and attract buyers to the famous traders’ goods. Today, just as it was back then, visitors can still find a luxurious grocery store. 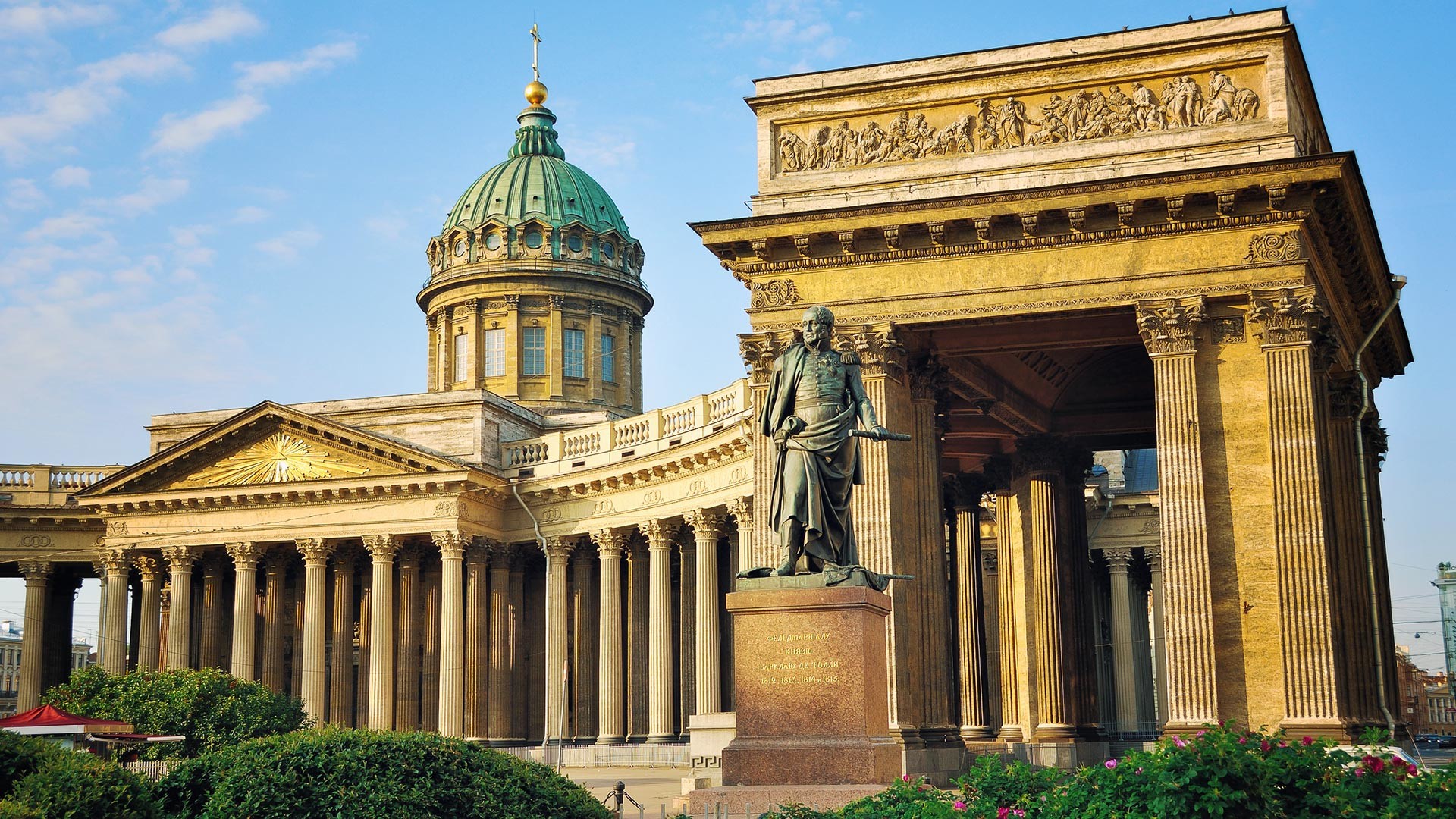 The inspiration for the design of the building came from St. Peter’s Basilica in Rome. The plan was to make the Kazan Cathedral the main church in Russia. Construction started in 1801, but was interrupted by the war in 1812. It used to be associated with the victory over the French, and houses the most valuable trophies from the war.

It is also the burial place of the iconic field marshal, Mikhail Kutuzov. 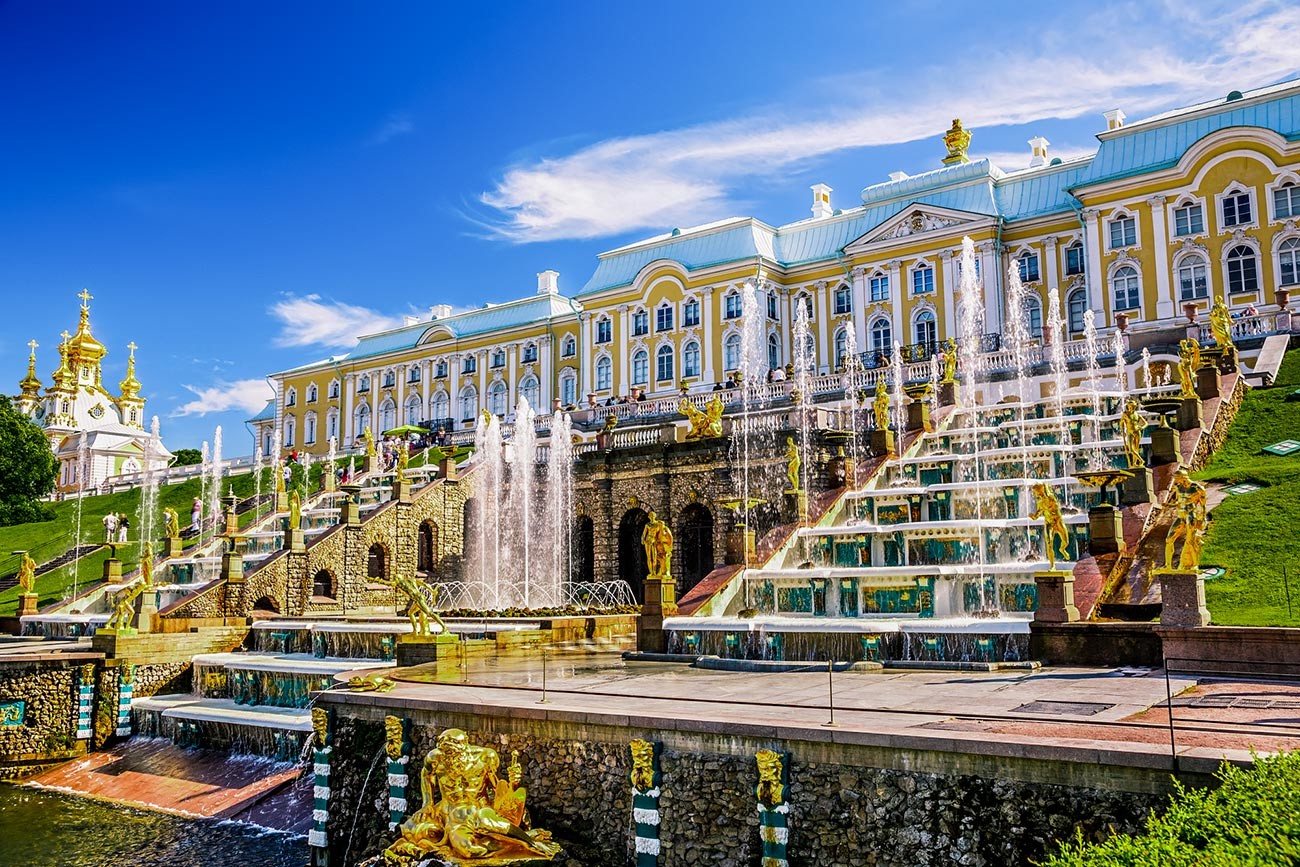 A lavish baroque palace within the Romanov’s summer residence complex outside St. Petersburg. It was designed by the same Russian architect of Italian descent who was behind the Winter Palace - Bartolomeo Rastrelli. During WWII, the entire complex was occupied by Nazi forces, and later, destroyed in a bombardment. Restoration is still ongoing.

6. Church of the Savior on Blood 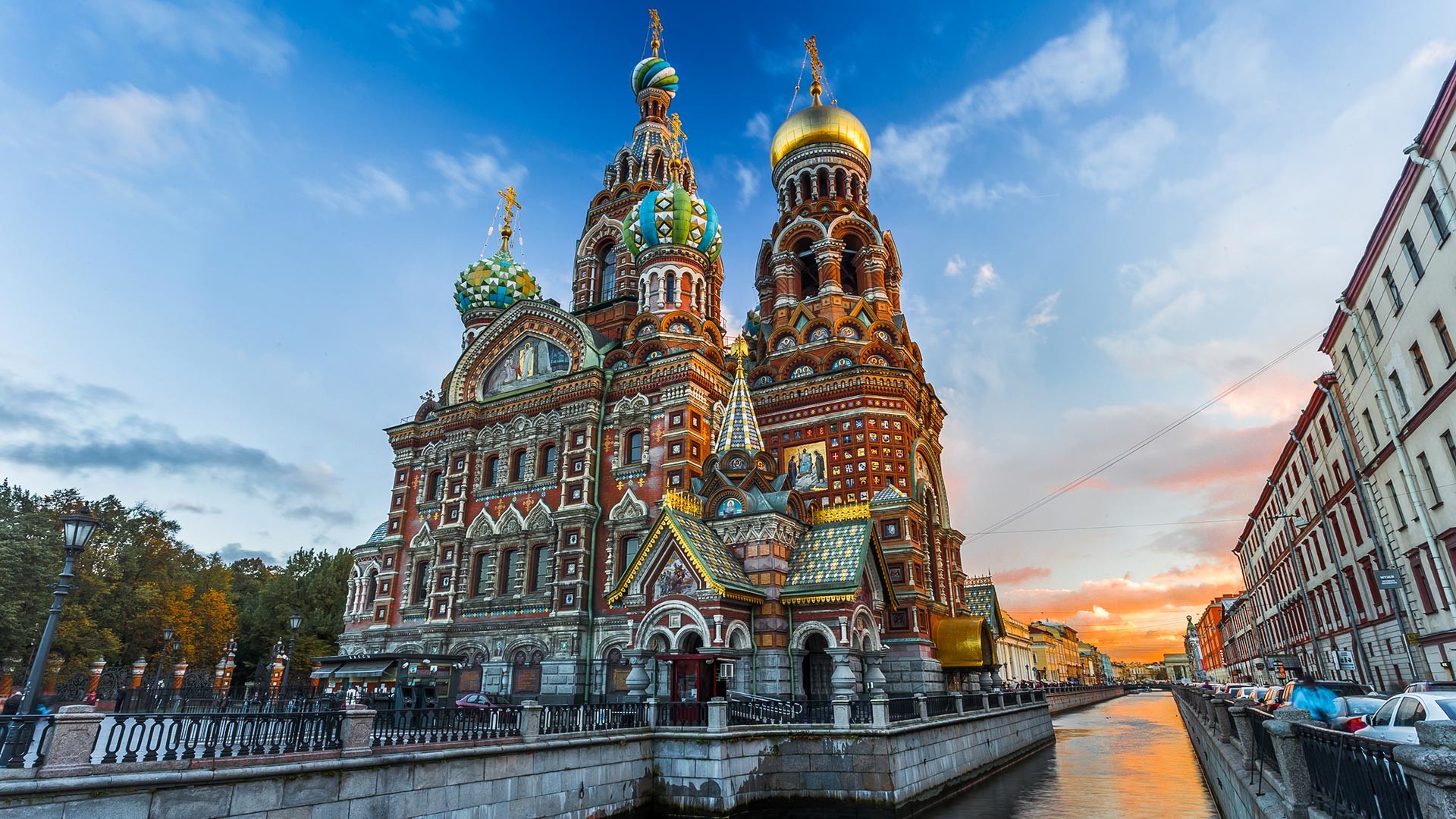 This colorful Russian-style church is often confused with St. Basil’s Cathedral in Moscow, even though the construction of the Church of the Savior on Blood only started three centuries later, in 1883, right on the spot where Aleksandr II was mortally wounded. Construction lasted 24 years, which can be explained by its elaborate decor, consisting of a 7,065 square meter mosaic inside the cathedral. 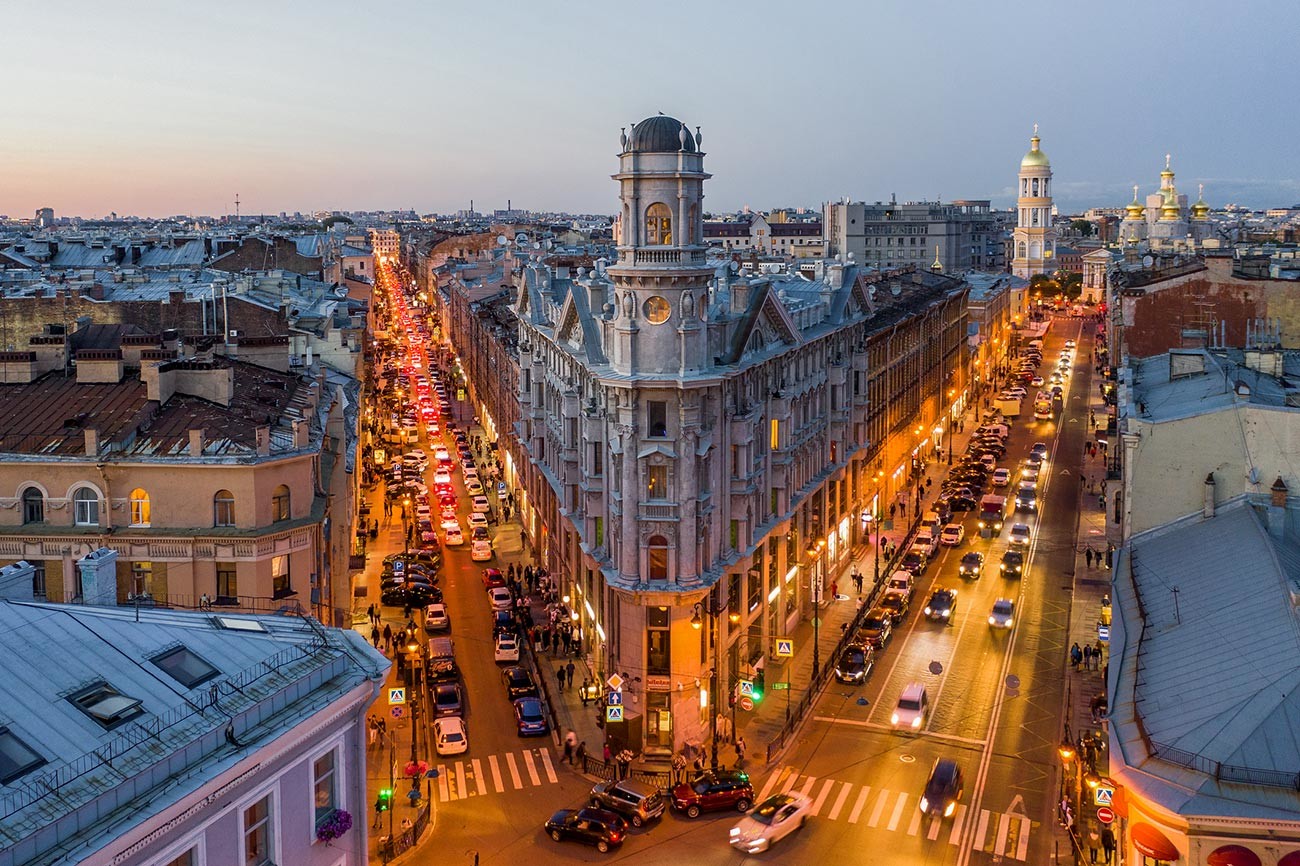 The famous “five-pointed tower house” appeared in 1913, first owned by the Lapin family of traders, and then inherited by wealthy commission agent Schneer Joffe, who used it to sell antique furniture. Aside from that, the five-pointed tower house was always on the lips of Russian intelligentsia of the day: it’s where author Korney Chukovskiy’s daughter Lidia lived. She was often visited there by poet Anna Akhmatova. 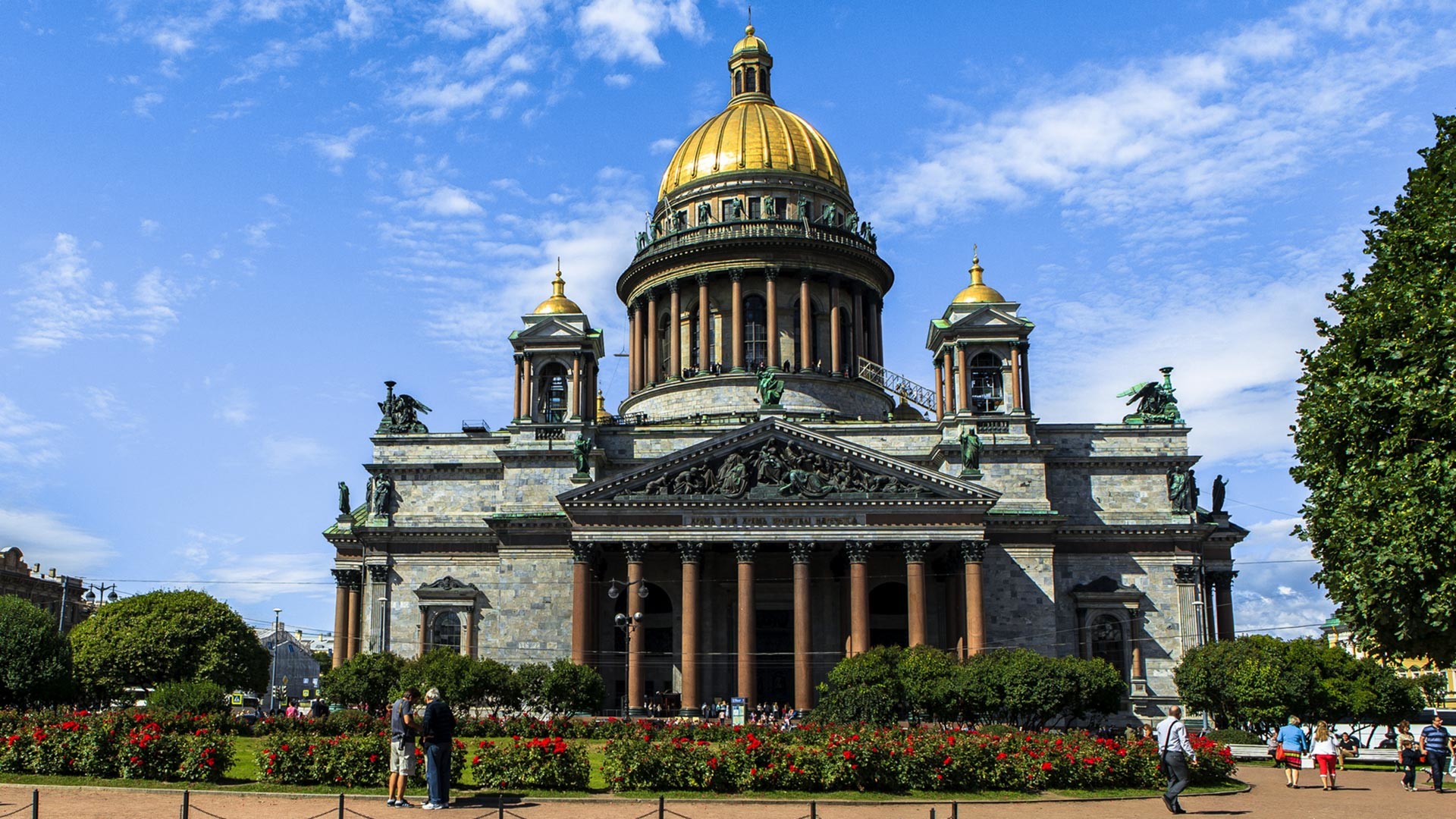 The construction of the cathedral was personally overseen by Nicholas I, in another apparent attempt to create “the main Orthodox holy relic of the empire”. The building was only finished in 1858. Its dome hosts one of the most striking panoramas in all of St. Petersburg. 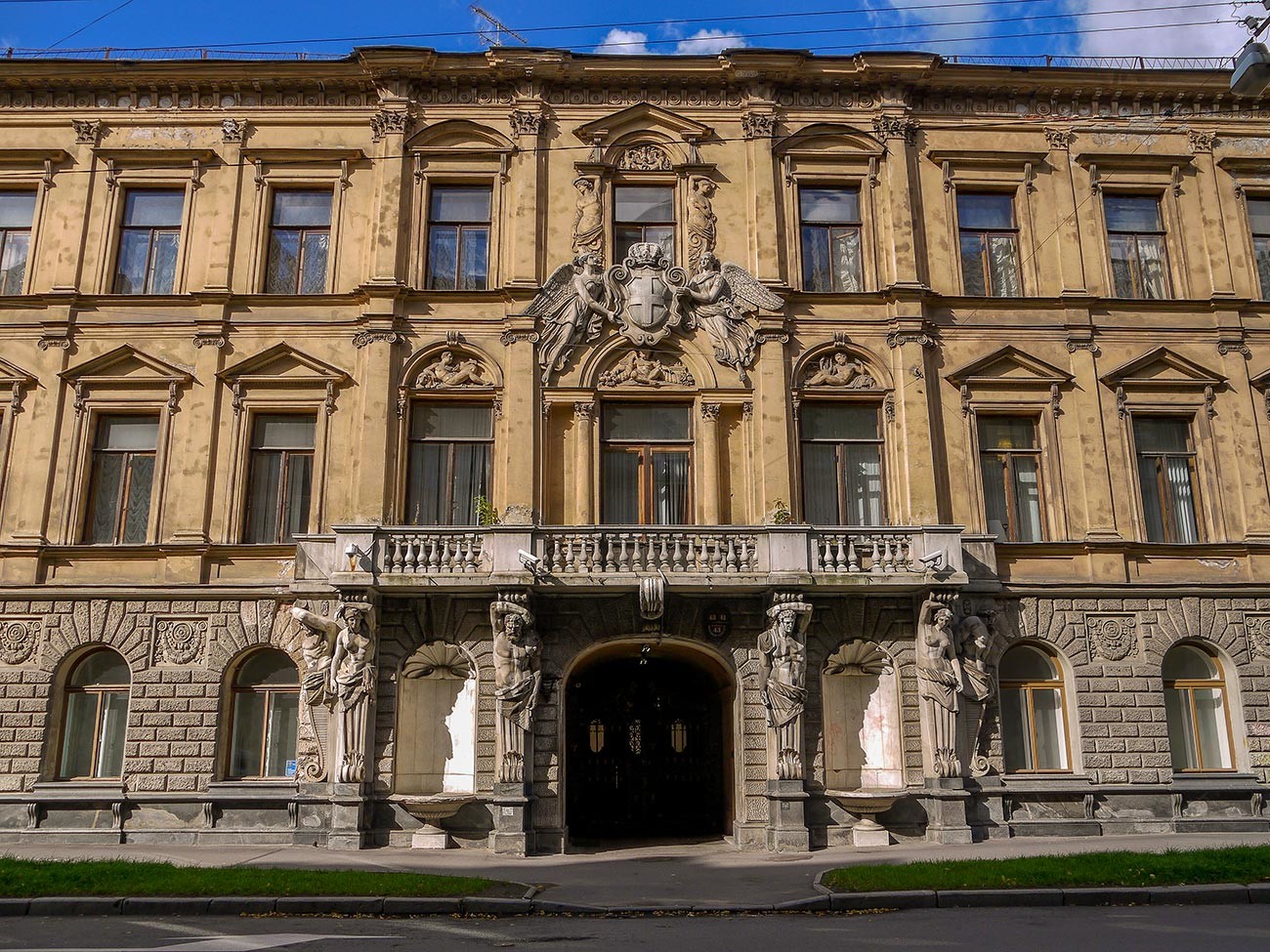 The antique mansion near St. Isaac’s Cathedral used to belong to the extremely wealthy Demidov family. The dynasty takes its roots in Peter the Great’s time. The house stood out with its extravagant luxury, unheard of at the time. The mansion is famous for its atlantes and caryatids, which adorn its main entrance. After a lengthy period of abandonment, the house is once again open to visitors. 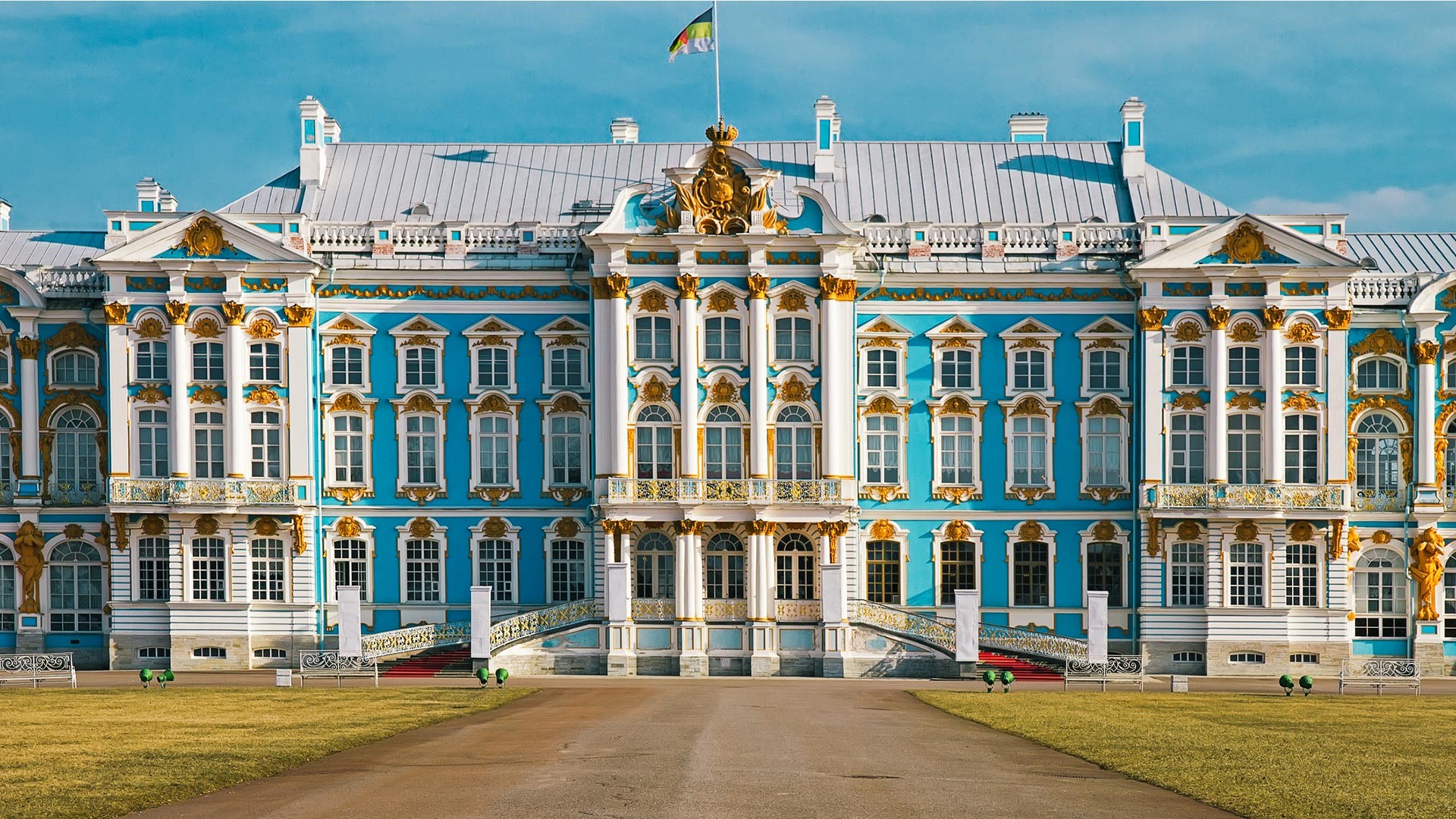 Another imperial residence that was commissioned by Peter I’s wife and completed by daughter Elizabeth. It is here that the legendary Amber Room was, which disappeared during WWII.

Ulitsa Sadovaya, 7 (the city of Pushkin) 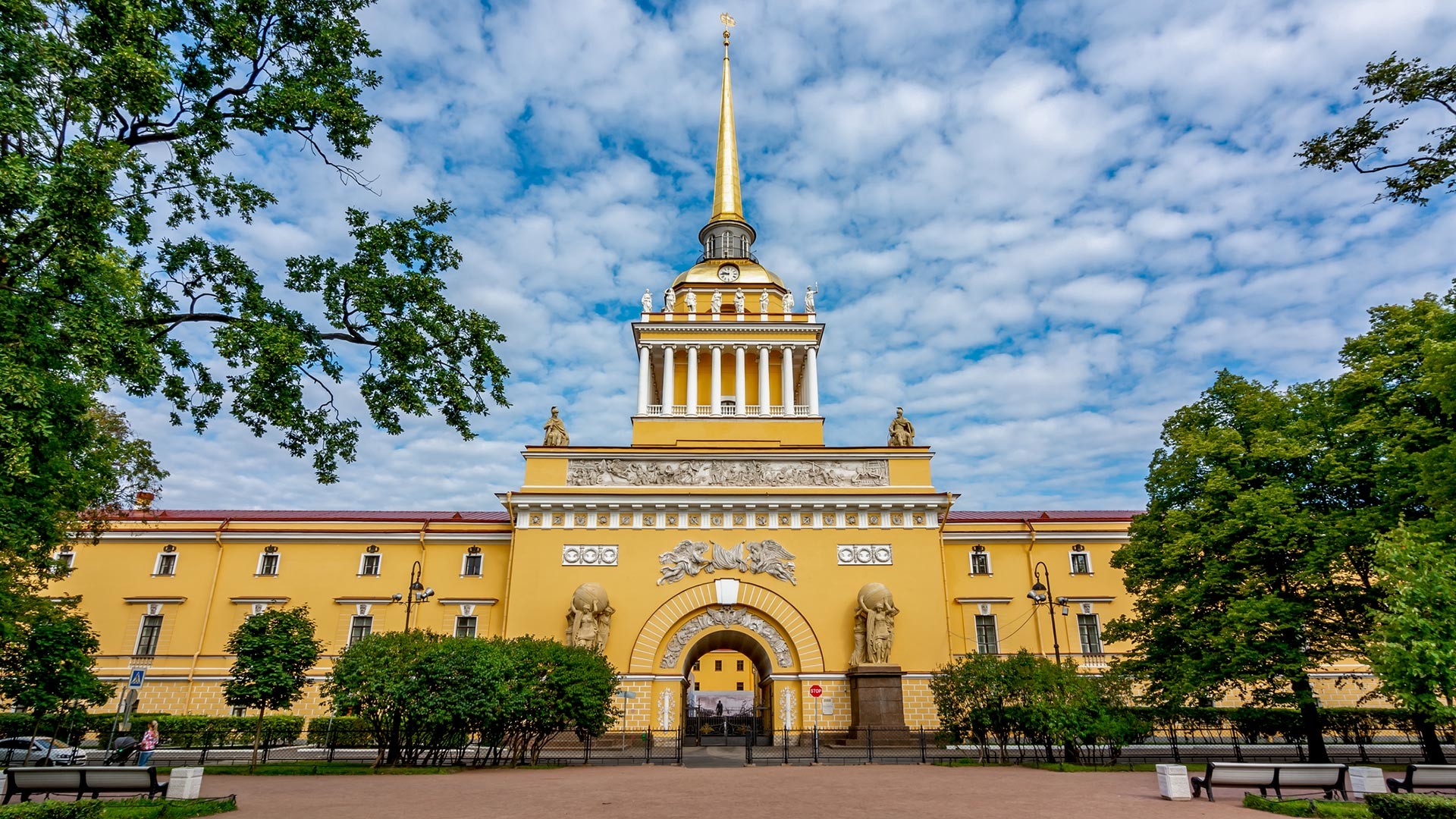 Its spire, decorated with a ship, is one of the main symbols of St. Petersburg. During Peter I’s reign, it was a real stronghold, protecting the port during the Northern War. Today, the former headquarters of the admiralty on the Neva embankment houses the headquarters of the Russian Navy. 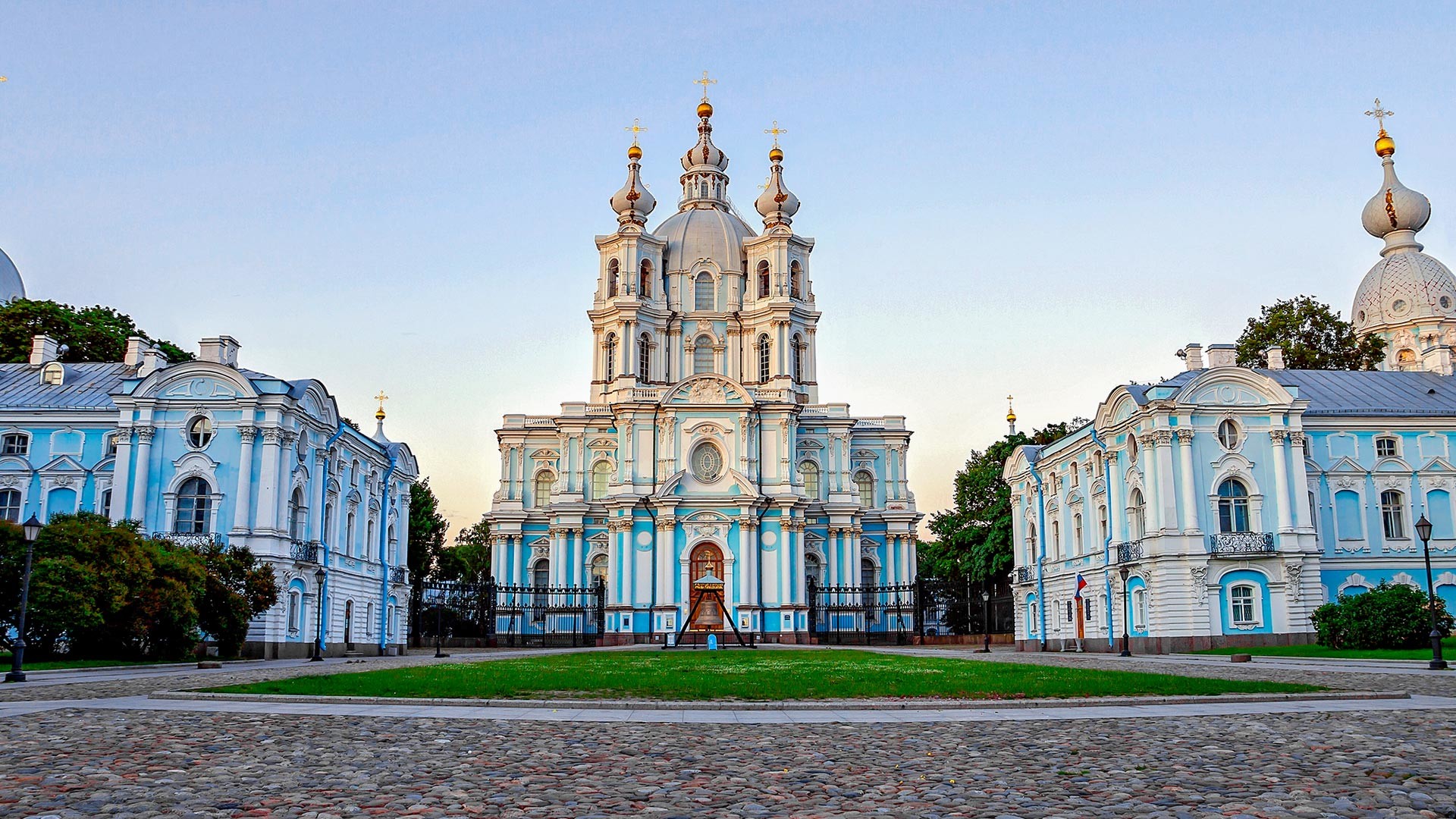 Construction on the building lasted 87 years, interrupted sometimes by wars, sometimes by the lack of financing. The Institute for Noble Maidens was commissioned by Catherine the Great as part of the monastery, but when it was discovered that the nuns weren’t capable of working as teachers, Catherine abandoned any hope of a bright future for the monastery. Today, the building hosts various governmental departments, as well as several faculties of the St. Petersburg State University. 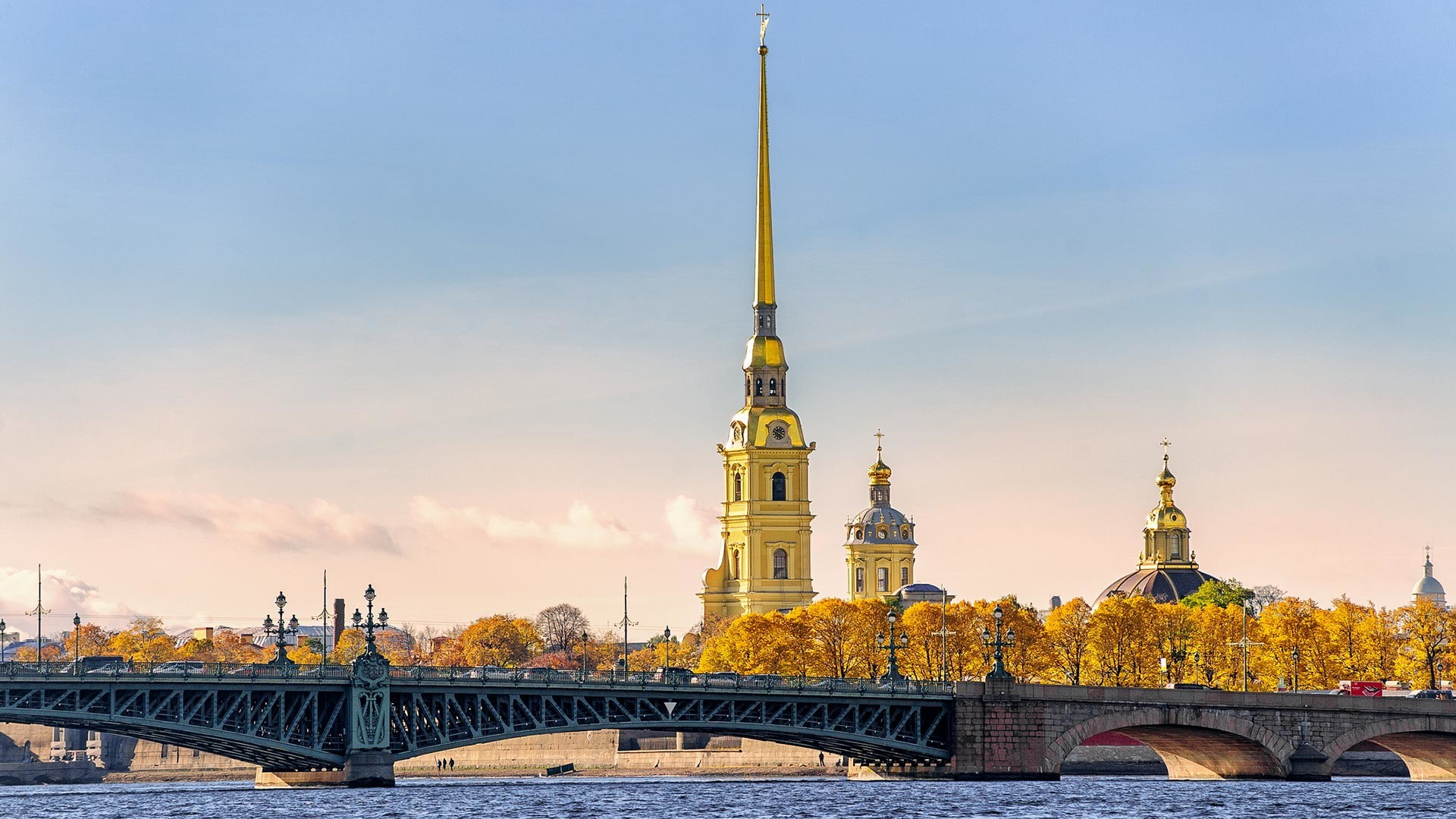 The foundation of this building was laid in 1703, the year of the Northern Capital’s founding. A monument to Russian architecture, the stronghold is listed as a cultural heritage object. It ended up never being used for military purposes. It had used as a prison and execution ground since the reign of Peter the Great. 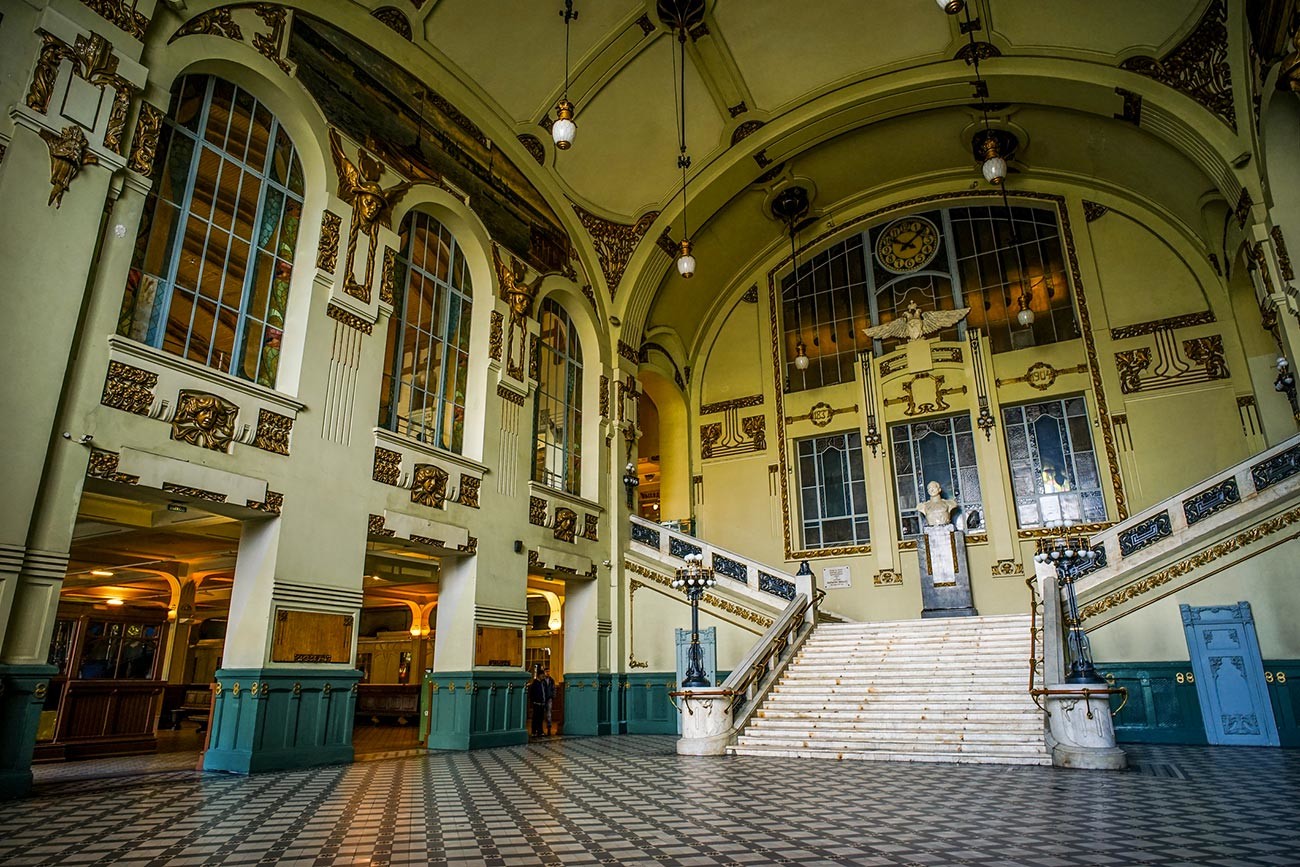 This is the oldest train station, not only in St. Petersburg, but in all of Russia. Its first passenger in 1837 was Tsar Nicholas I. The station boasts a gigantic vestibule with a beautiful staircase, stained glass, columns and numerous other symbols of imperial chique. It still is in operation today, with train services running to Central Europe, the Baltic States, Ukraine, Belarus and the southern suburbs of St. Petersburg. 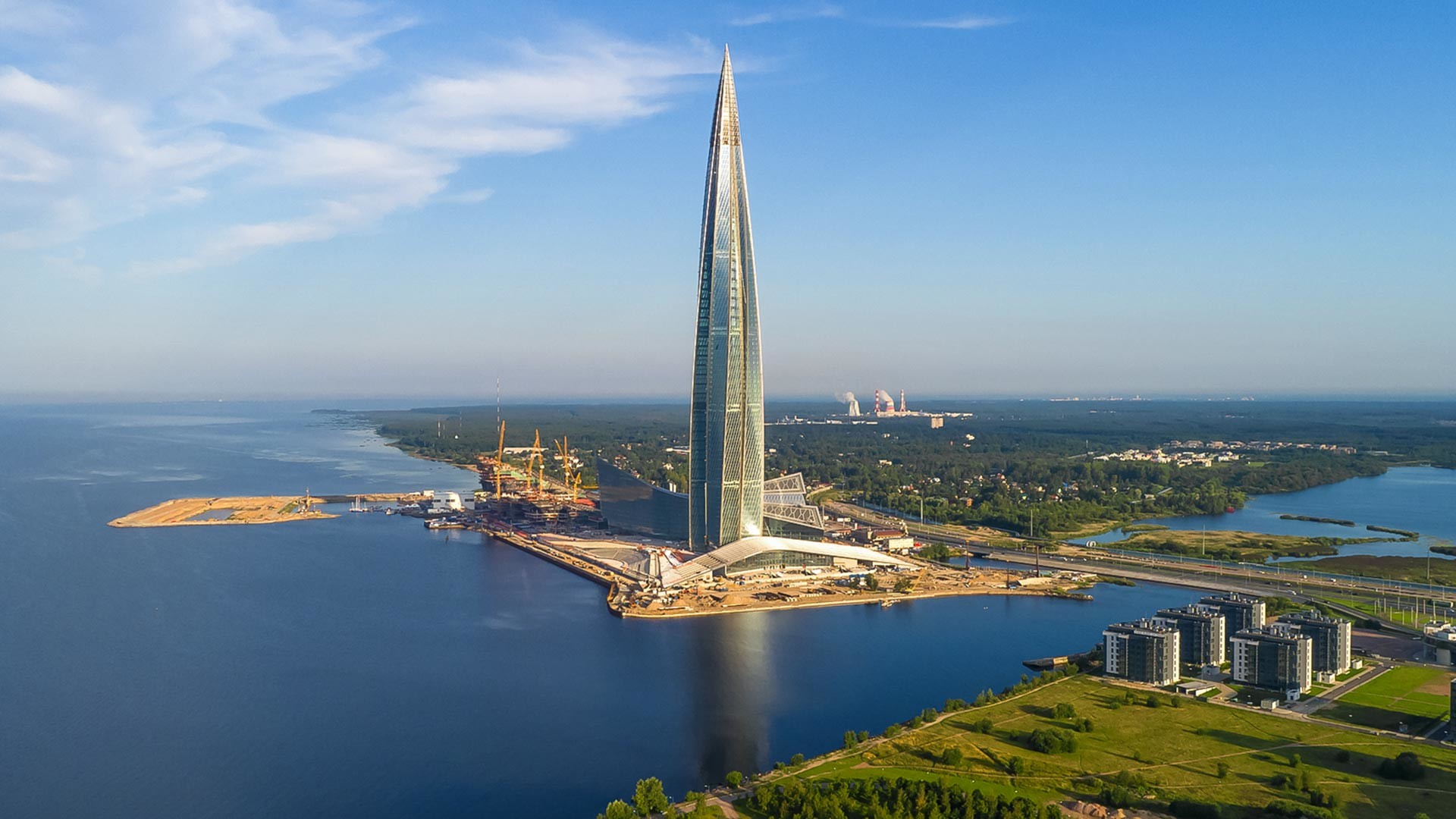 One of the most extravagant creations of modern architecture, the business complex stands at 462 meters in height, on the shore of the Gulf of Finland. It is the tallest skyscraper in Europe and No. 16 in the world.