These unique interiors of St. Petersburg’s apartments will transport you back in time (PHOTOS) 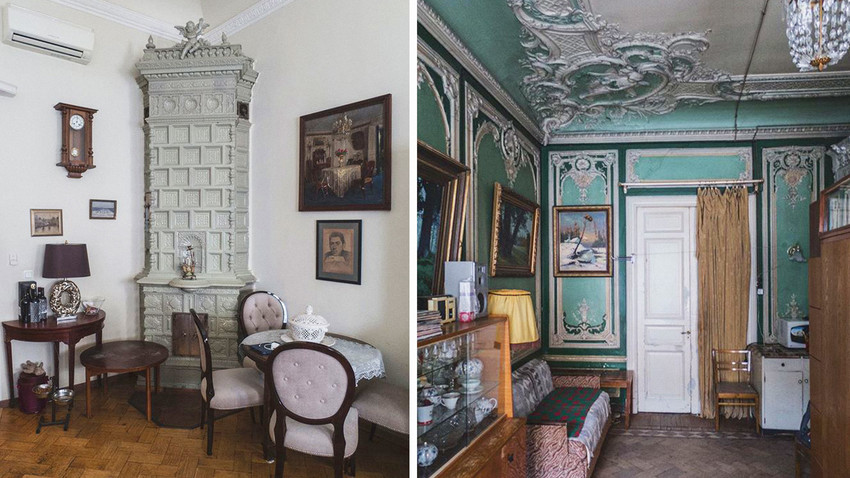 Maxim Kosmin
This is not something foreign tourists usually get to see during a visit to Russia’s northern capital.

Atmospheric rooms with one-of-a-kind decor, fireplaces, old paintings and photographs, stucco moldings, eccentric mixes of luxury and poverty - the interiors of St. Petersburg apartments are often hidden from the eyes of foreigners and even Russians themselves. But now there is an opportunity to see their charm, thanks to photographs by Maxim Kosmin.

It all started in 2013 when Maxim, an engineer from St. Petersburg, was looking for an apartment for himself but, after finding one, he didn’t stop looking at what’s on offer. He started posting pictures of what he saw, and researching the history of his native city and its architecture.

We’ve told you about him before, but back then it was a hobby. Now his project has grown considerably and he left his former job as an engineer and has focused on exploring the city’s past.

Currently, he has 216,000 followers on Instagram and 57,000 followers on his “Old Fund” group on VK. There, he not only shares the images he took in the apartments he visited, but he also sheds light on the life in St. Petersburg during the Imperial Era.

“These [apartments] are time capsules that remember the whole difficult 20th century. And probably no other city in the world has that on such a scale as St. Petersburg,” said Maxim.