What was so special about Leo Tolstoy’s school for kids? 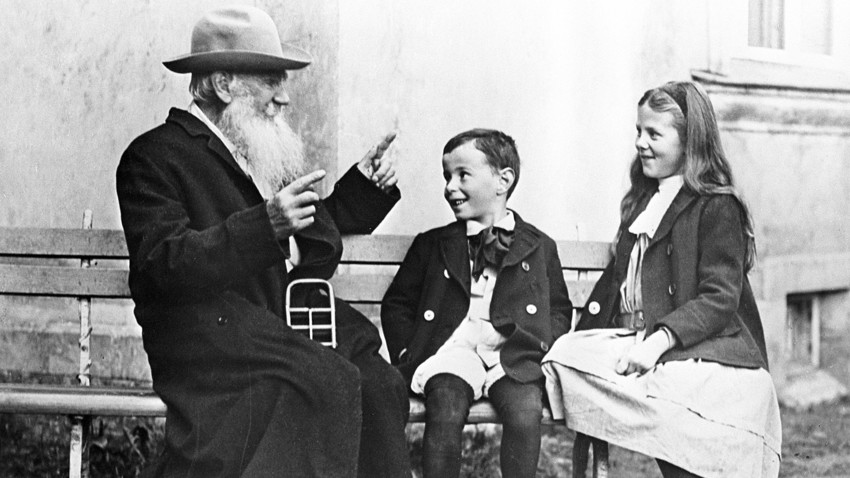 Ignatovich/Sputnik
The great Russian writer hated the teaching practices that existed in Russia and Europe at his time. He promoted an alternative approach - without any strict schedule, homework or physical punishment.

“The brightest period of my life wasn’t when I gave my love to a woman, but when I gave it all to people, to children. It was a great time, especially amid the background of dark times that preceded it,” that’s how Leo Tolstoy remembered his days devoted to children's education.

Already a well-known author, Tolstoy became passionate about teaching in 1859 considering it to be, in his own words, “the most important work in the world because everything we dream of can only come to life thanks to the next generations.” His hope was to bring together the nobility and peasantry, which he sought to do by teaching the younger generation.

Seeing the school system that prevailed in Russia and abroad, he was rather disappointed. In 1857 and 1860, he traveled to Europe and after visiting one of the German schools, he wrote: “Was at school. Horrible. A prayer for the king, physical punishments. Everything by-heart. Terrified, [mentally] mutilated children."

“I could write whole books on the ignorance I’ve seen in schools in France, Switzerland, and Germany,” he summed up. The trips made him certain that he wanted to open his own private school for peasant kids, at his Yasnaya Polyana estate.

‘Education should be fun’ 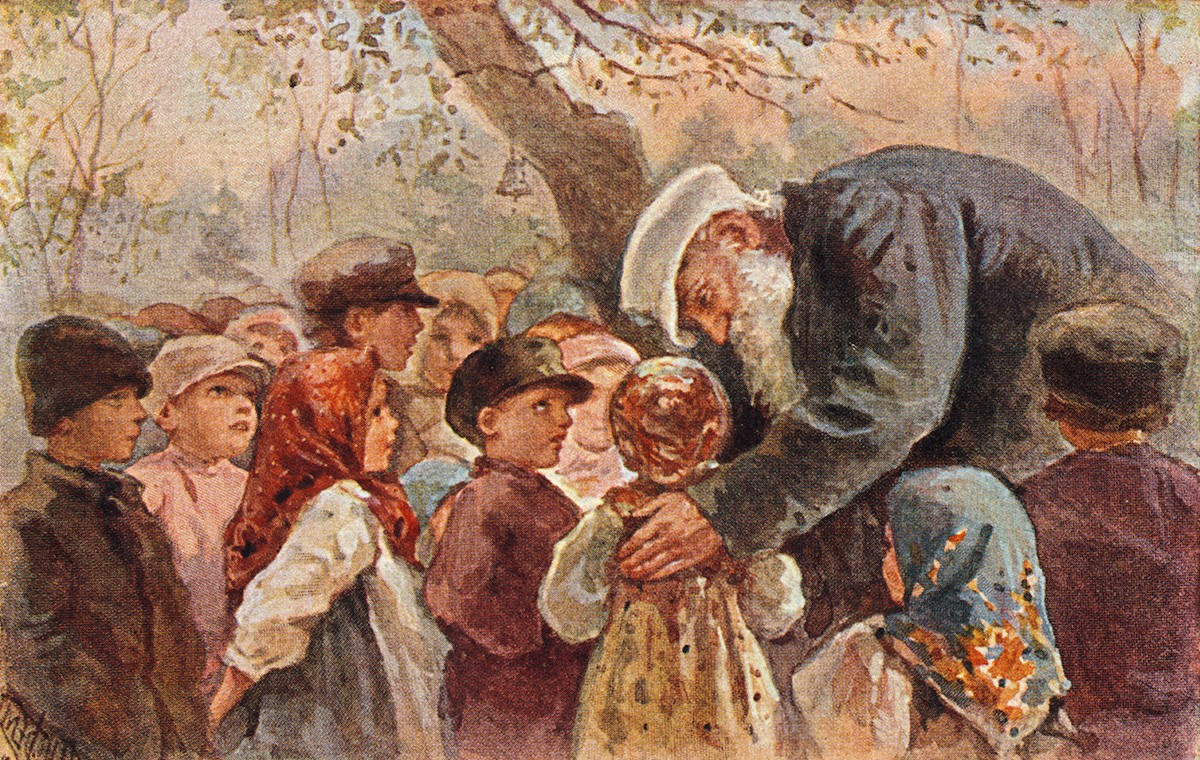 Leo Tolstoy considered teaching the most important work in the world.

Only 22 kids dared to come to Tolstoy’s school on its first day, but this number grew three fold in several weeks. The school was based on total freedom for the students, and not the physical punishment that prevailed elsewhere. The school was also open for girls.

“Education is an inherent need in every person, and that’s why it can only exist in the form of meeting this need,” Tolstoy believed. “The key sign of its efficiency and effectiveness is how enjoyable the process is. Education in practice and by a book cannot be forced by punishment and should be fun for students.”

Here, children didn’t have to learn texts by heart, do homework and could even come and go as they pleased. Classes started at 8-9 a.m., and then there was a lunch break at noon, and more classes for three to four hours. Every teacher, including Tolstoy himself, would give 5-6 lessons a day.

Students were divided into three age groups (younger, middle, and older), each with different curriculum, depending on their progress and interests. The subjects also were not traditional - they were held in the form of a dialogue with a teacher, and covered reading, maths, religion, geography, environment, singing, drawing, physics and history, as well as other subjects. Tolstoy wanted to teach kids only what had a practical or moral significance.

“It was always fun at school, and everyone enjoyed the classes,” recalled one of the former students, Vasily Morozov. “Leo Tolstoy enjoyed working with us even more. He worked so passionately that he’d often miss his breakfast. At school, he always was serious and wanted us to be tidy, careful of our school possessions and to speak only the truth. He didn’t like it when someone made silly jokes… And was happy when we’d answer his questions truthfully.”

‘I want to save all those Pushkins’ 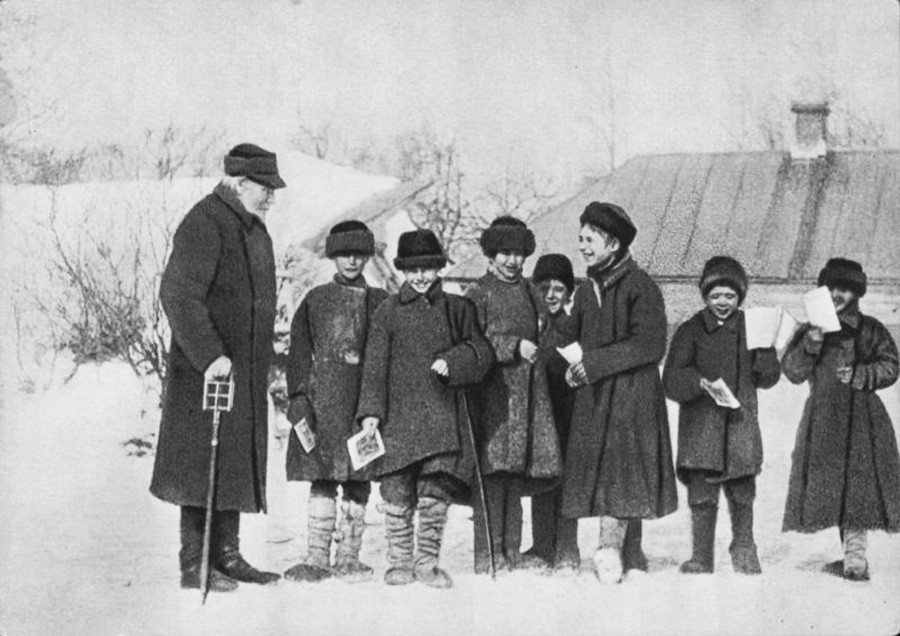 Every teacher, including Tolstoy himself, would give 5-6 lessons a day. Yasnaya Polyana, 1908.

Tolstoy didn’t only stop with one school. Thanks to him, at least 20 similar schools opened in the Tula Region and he even started his own journal devoted to teaching. His unorthodox approach attracted public attention both in Russia and abroad and, naturally, the nobility didn’t like it.

Following his marriage in 1862, along with an active offensive from local authorities, Tolstoy decided to stop teaching and only returned to it in 1871 when he started to work on his own ABC book. During this time he started to teach peasant kids again and tried to influence the situation in other schools in the region. 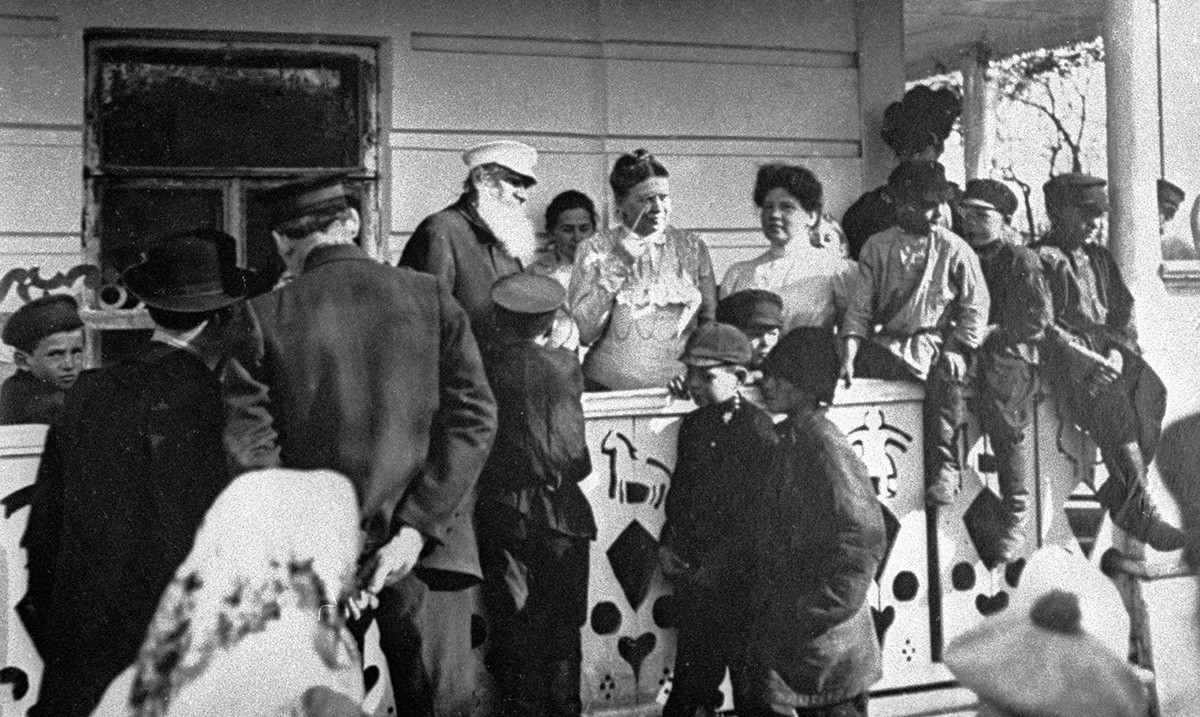 Leo Tolstoy, his wife Sofya and kids at Yasnaya Polyana.

In 1874 he wrote: “Now I’ve moved from theoretical to practical pedagogy, and fell in love with the kids once again… When I enter the school and see the crowd of ragged, dirty, skinny children, with their bright eyes and angel-like faces, anxiety and fear fall upon me, like I’m seeing drowning people… I want to save all those Pushkins, Ostrogradskys, Filaretovs, Lomonosovs who are plenty in every school. And my work is going well, really well.” 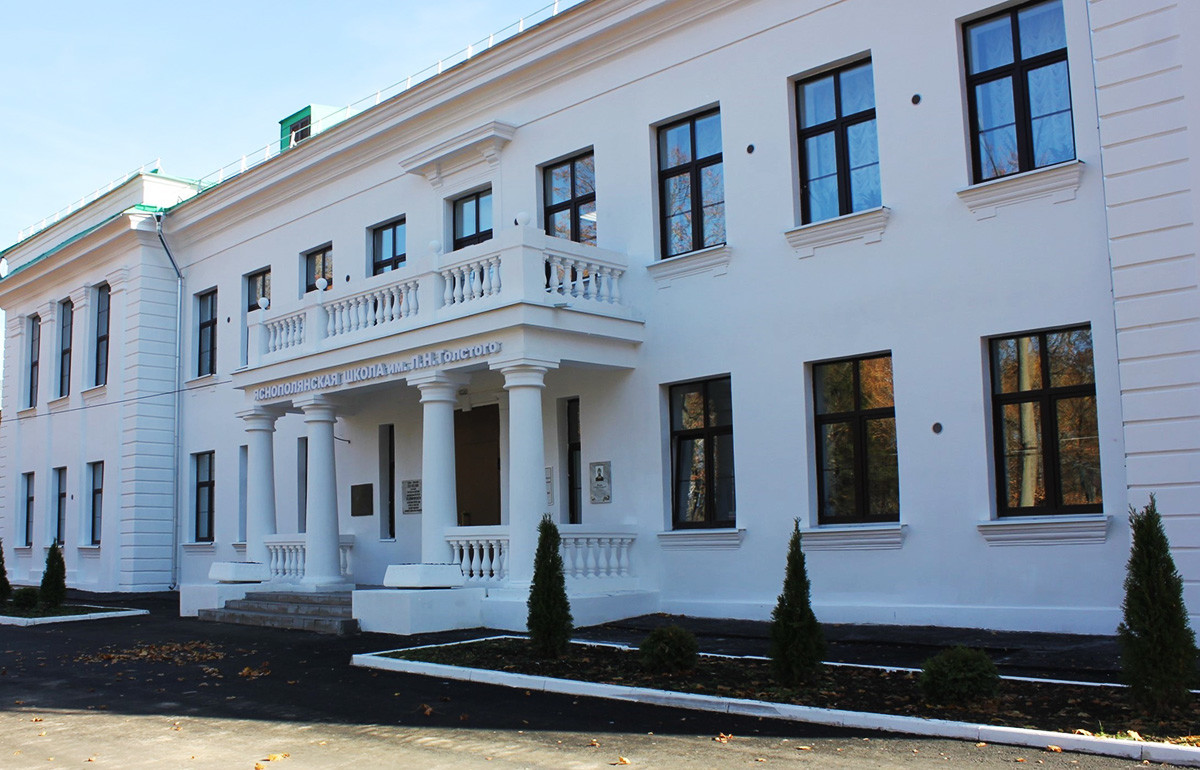 Since Tolstoy’s days, the school has gone through periods of ups and downs. During the Great Patriotic War the school was even burnt down, with only the walls surviving.

Today, it’s still operational, and in the 2019/20 academic year, the school employed 45 teachers and had 233 students from the Tula Region. The school still follows the great writer’s principles and even cooperates with “Lew-Tolstoi – Grundschule” in Berlin, with an international student exchange.

“There is a strong generational bond within our school,” says Alexander Sukhorukov, deputy director of scientific and methodological work at the Tolstoy School. “Kids study here, go to university, then return to us to work. We then teach their kids. We often get visitors who want to learn more about Tolstoy’s pedagogy and we are always happy.”