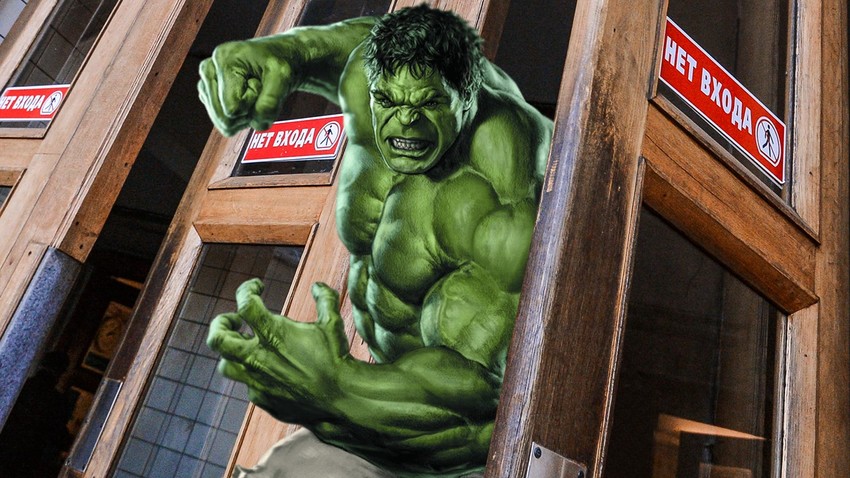 Evgeny Odinokov / Sputnik; Marvel comics
These large and heavy wooden doors are there for a reason. We reveal why and who came up with the idea.

“My finger ended up jammed where the door meets the frame,” Nastya, a student, told Moscow Radio station Vesti. “When I turned around, I understood that half of my finger was lying on the ground, with the bone poking out, and flesh.” As it turns out, Nastya was only trying to hold the heavy door. It wouldn’t listen, continuing on its projected path. “[People] sometimes sue the actual doors,” Vesti writes. 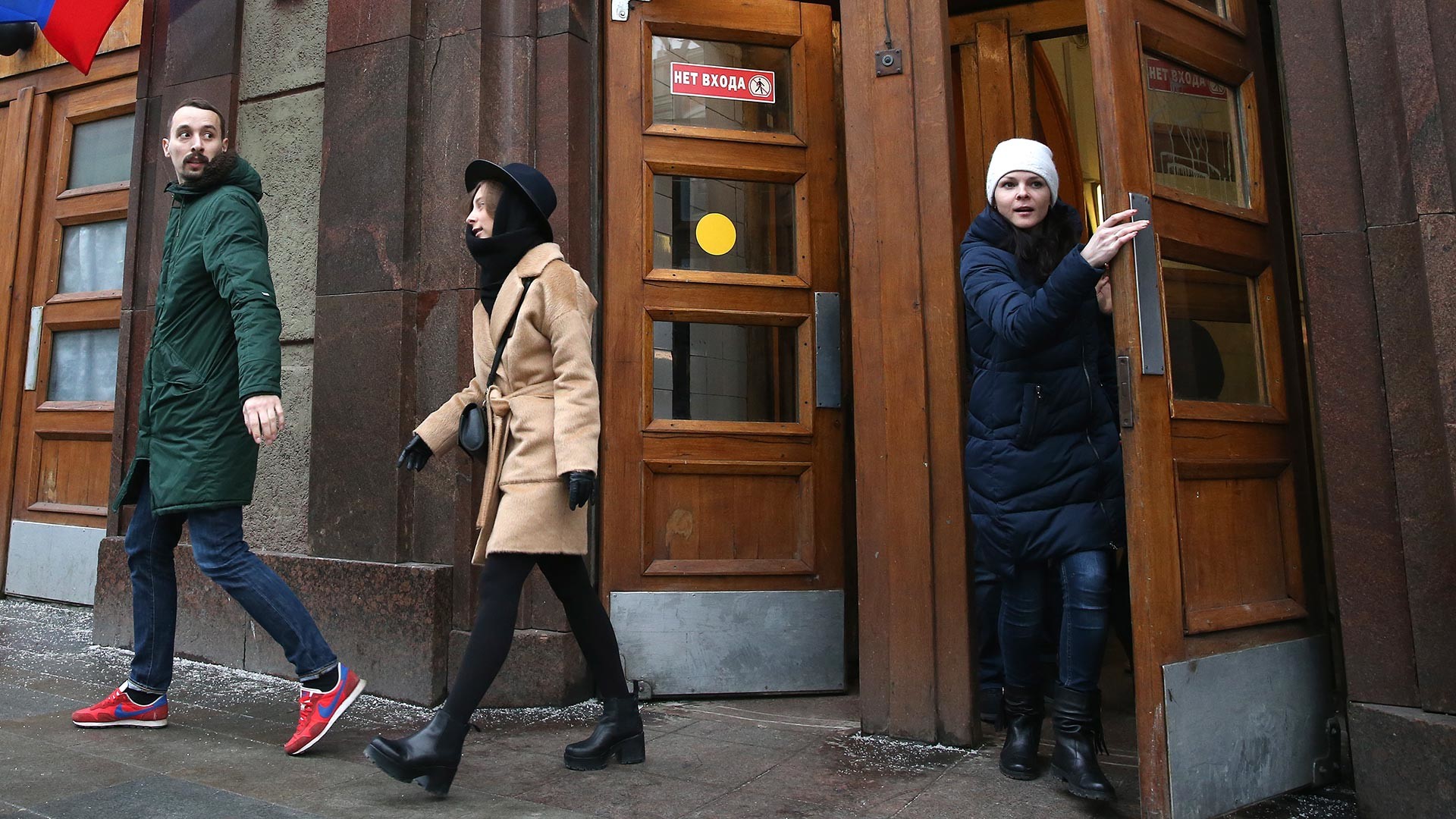 A few years after that incident, one of these massive doors collapsed onto a woman. Fortunately, she suffered only minor bruises.

Of course, it’s not every day that these doors misbehave by chopping people’s fingers off or getting loose at the hinges. But here’s the thing: Muscovites fight them day in and day out. Most adults cannot pass through a metro entrance door without struggling - and much less a child. The ‘good’ thing is - after you’re done pushing it forward, it slingshots back in your face with a vengeance.

Why does the Metro have such ‘deadly’ doors?

For the most part, they are now only found at older stations. They were the first to go up, and were made with a particular degree of thought behind them.

“From the first day of its existence, all the way to the late 1950s, the metro was this lavish, monumental construction. The scale was heroic, and, as a result, you had massive doors,” says Nikolay Shumakov, head architect at ‘Metrogiprotrans’. “This is how they were committed to paper: tall, oak body, plenty of detail and elaborate patterns.” 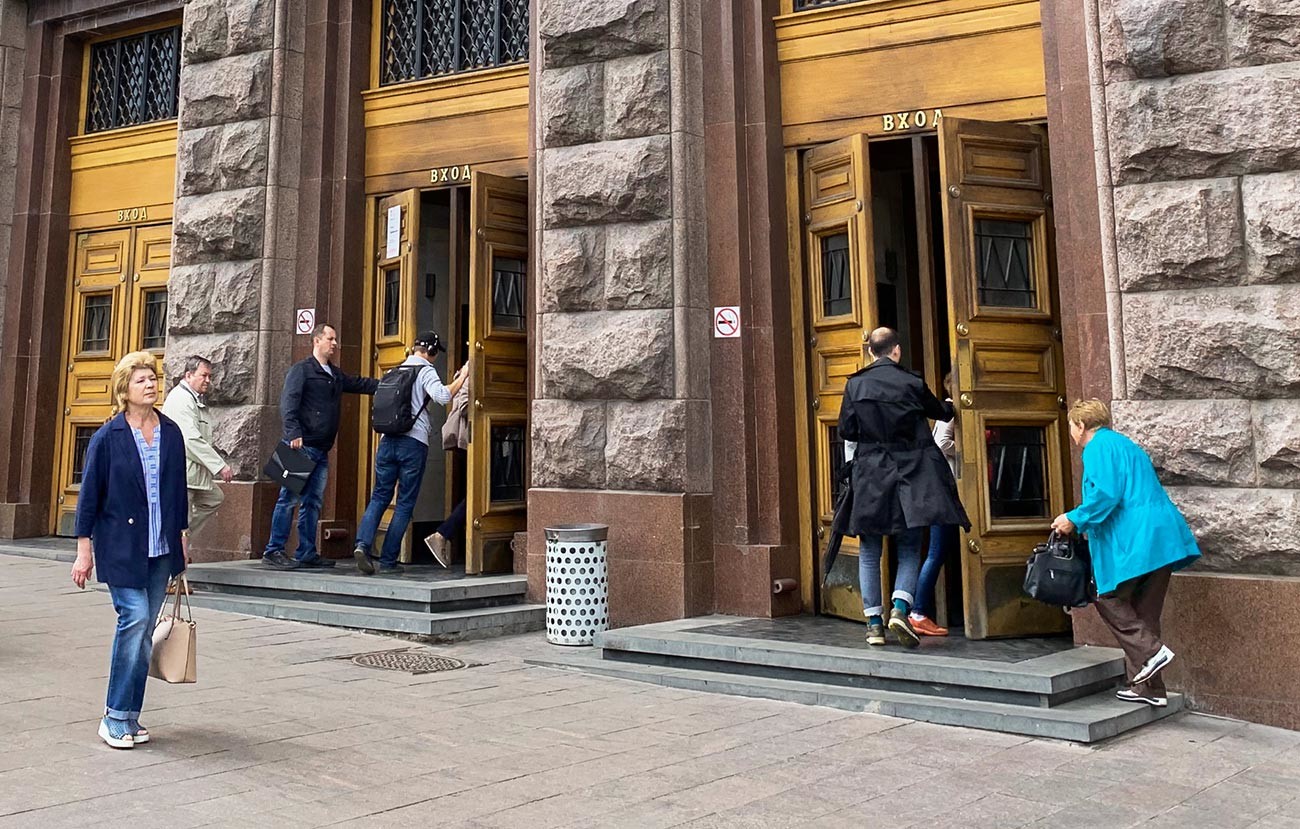 There were no early standards that governed the weight of the doors. “The task was to construct the sort of vestibules you’ve never seen in any metro in the world,” Lazar Kaganovich - the man responsible for construction during the Stalin era - wrote in his memoirs. No other objective was more important.

All of the wood parts were sourced from the highest-grade woods - walnut and oak. “The oak doors alone numbered 400 units, almost all of them with different designs,” Kaganovich remembers. A single door weighed 110kg. 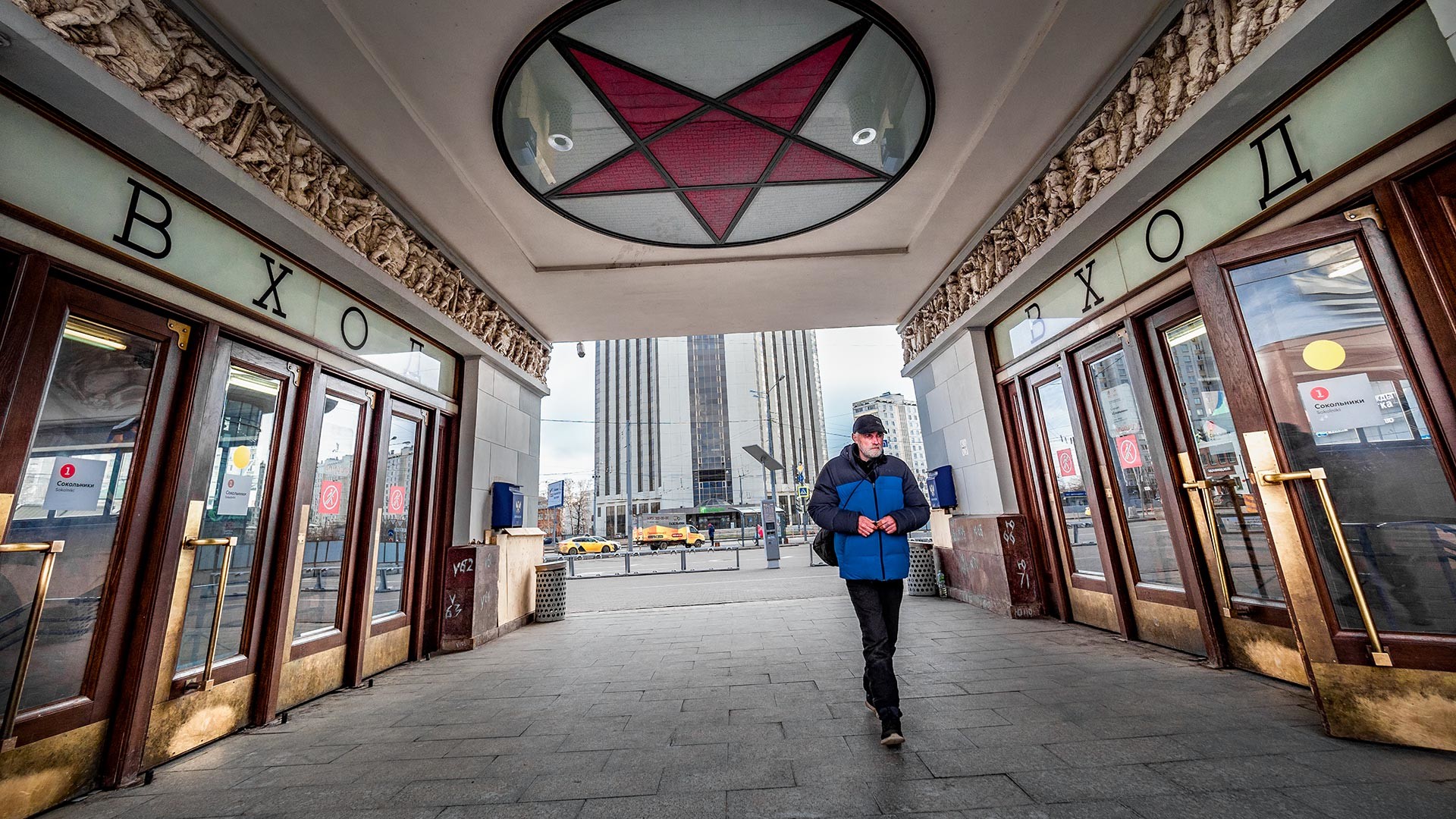 But all that weight seemed justified back in the day. The doors were put on so-called “American hinges”, which opened both ways. But that also meant that the door had to be massive - or it would simply fling all over the place as soon as a strong gust of wind, or the draft coming from the metro’s ventilation systems, would blow.

You can’t just destroy a classic 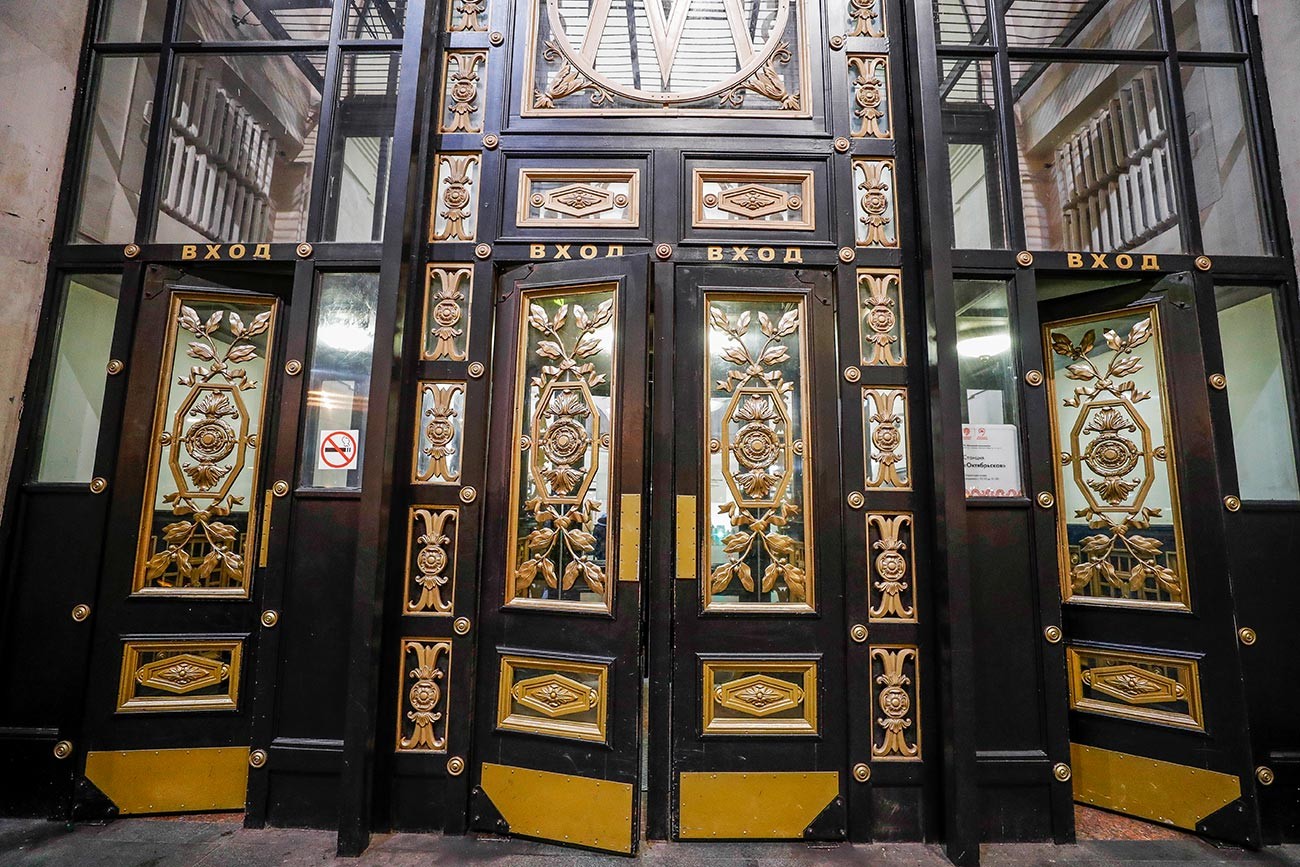 Heavy wooden doors serve a long time. You can see similar ones at the entrances to various Russian universities, theaters, government buildings and so on. But when the flare for the monumental began to subside somewhat, glass and metal doors began to appear. They were deemed better and more comfortable. This was followed by stainless steel doors in 2007, which weighed only 60kg.

However, wooden doors never went away. Today, they enjoy national heritage status, so the doors will continue to grace the entrances of some Metro stations for eternity.

In the century they’ve been around, Muscovites have developed a plethora of moves to prevent tragedy happening while trying to storm the entrance. But, more often than not, they just hold the door for the next person. This sort of courtesy has become a co-dependent way to avoid injury. 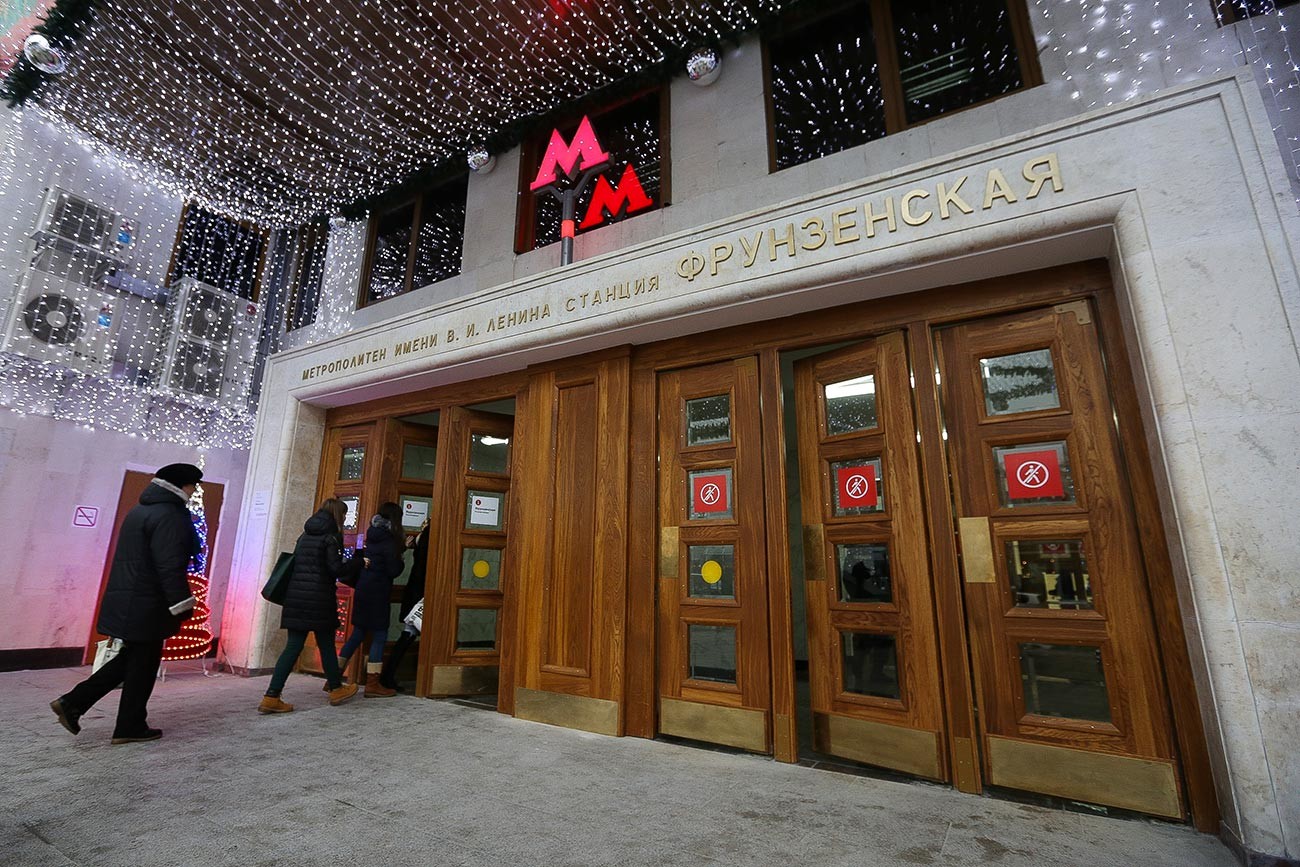 “I hadn’t paid much attention to it in the past, but was once looking for my card, and didn’t have time to hold the door. Judging by the velocity, I would have lost more than just my teeth. But someone was there at the last moment to hold the door. I always remember that, and do the same,” Instagram user Thewalkmary says.

Not everyone can manage to fight off these ‘classics’, however. “I don’t hold the door for others, don’t have the strength, it twists my arm,” JuliaBr writes on Instagram. Moscow Metro’s press office, meanwhile, emphasises that “the metro is a high-risk mode of transportation” and that you must “take special care while using it”. A spokesperson adds that “statistics show that every injury received in the metro is the fault of a passenger not adhering to safety norms”.