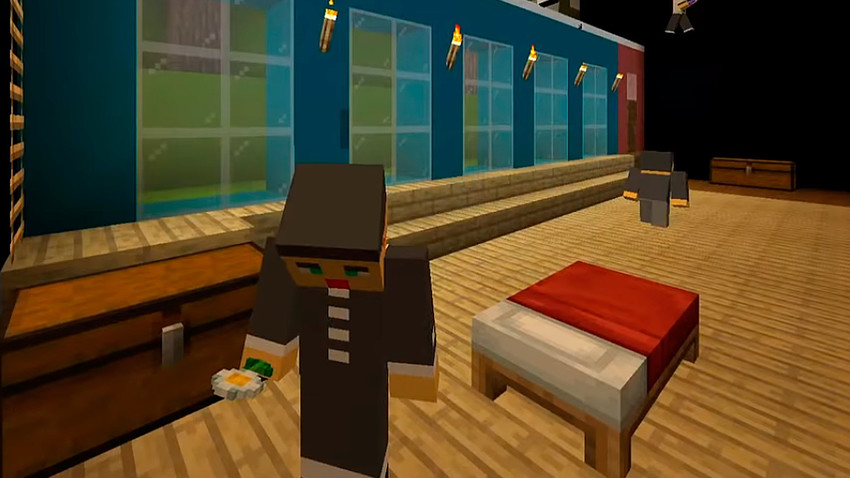 bdtspb/youtube
The “ironic, but reliable” version recreates the theater experience in the finest details.

The Tovstonogov Bolshoi Drama Theater in St. Petersburg (not to be confused with the Bolshoi Theater in Moscow) staged a brief version of ‘Cherry Orchard’, a famous play by Russian dramatist and playwright Anton Chekhov - within the popular online game Minecraft.

The Minecraft version of the theater looks very credible and detailed. Before the beginning of the play, observers entered through the main entrance and proceeded to the theater hall and the main stage.

90 players were able to watch the performance from within the Minecraft version of the Bolshoi Drama Theater. Others had to join the YouTube live stream.

The creators of the experience put a real effort into recreating the theater experience with the finest of details: three bells rang marking the approaching start of the show and a voice behind the scene warned the audience against using mobile phones.

Then, the play’s characters appeared on stage and the performance began. The Minecraft version of the play lasted only a brief 15 minutes — courtesy to the internet audience.

The theater labeled the experience “an ironic, but reliable brief of the famous play” and promised to create several other plays to be staged within Minecraft.

‘Cherry Orchard’ is one of the most famous plays by iconic Russian playwright Anton Chekhov. It is a highly poetic and sad story about a disappearing class of Russian gentry, who are losing the usual way of life because of economic and financial hardship.

Click here to take a QUIZ and guess classic Russian books by a single cryptic sentence.