Lifestyle
Yekaterina Sinelschikova
"Esthetics of gaming s**t"
An MGIMO graduate has for several years been collecting screenshots from computer games featuring post-Soviet Russia. And it looks very true to life!

There are not that many computer games that feature the classic post-Soviet landscape: a Lenin statue, rows of identical apartment blocks, interiors with carpets on the walls, borscht soup on the table and Russian cars on the streets. Many think it’s simply not popular - and Russian gamers think it's unfair.

Maybe that’s why this summer the news about a 14-year-old schoolboy from Krasnodar, who every day for the past two years (!) has been building a virtual copy of his hometown in Minecraft, became a social media hit. Gamers have to make up for the lack of Russian settings themselves. Daniil Pruglo, a graduate of the Moscow State Institute of International Relations (MGIMO), has for several years been curating a public group on VKontakte called "Esthetics of gaming s**t", where he collects screenshots from games and their modifications. The only selection criteria is that they must feature a typical Russian setting. 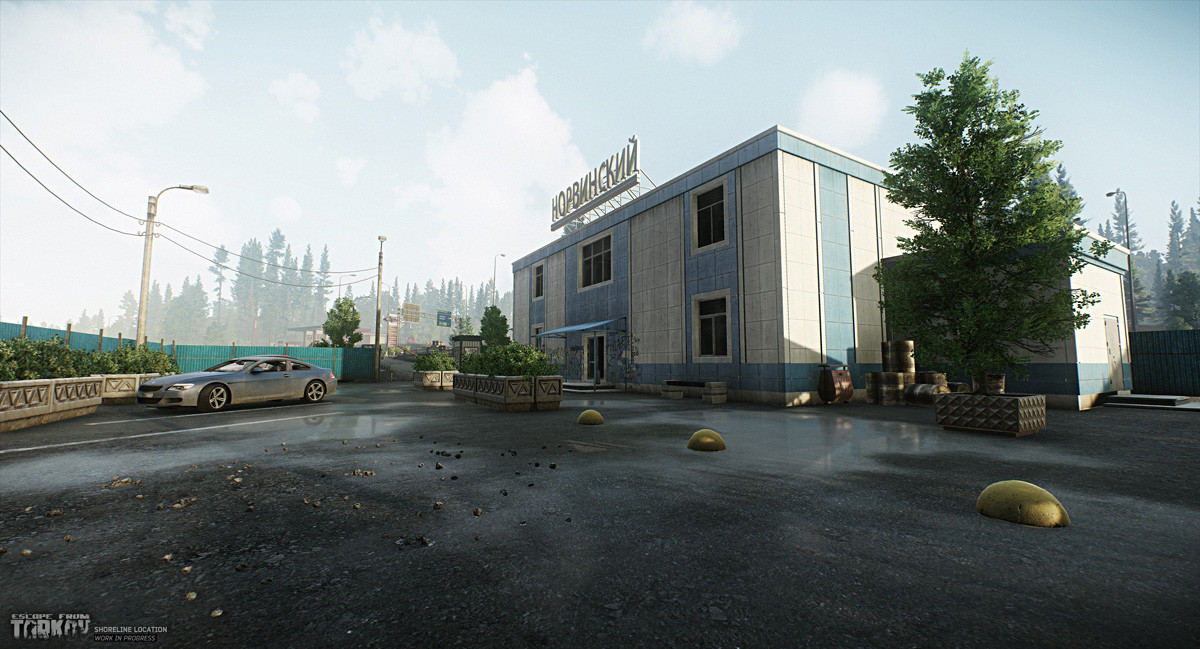 When asked why people are looking for Russian sceneries in games, Daniil says: "People who grow up in a Russian environment, which is inseparable from apartment blocks and dachas, get used to it. But in many games, Soviet settings were unpopular for a long time. These days, too, it is very difficult to find a game by Western developers that’s set in our native environment." That’s why, he explains, Russian gamers are beginning to recreate their familiar reality where it’s possible - in Minecraft, on CS 1.6 or even GTA maps. 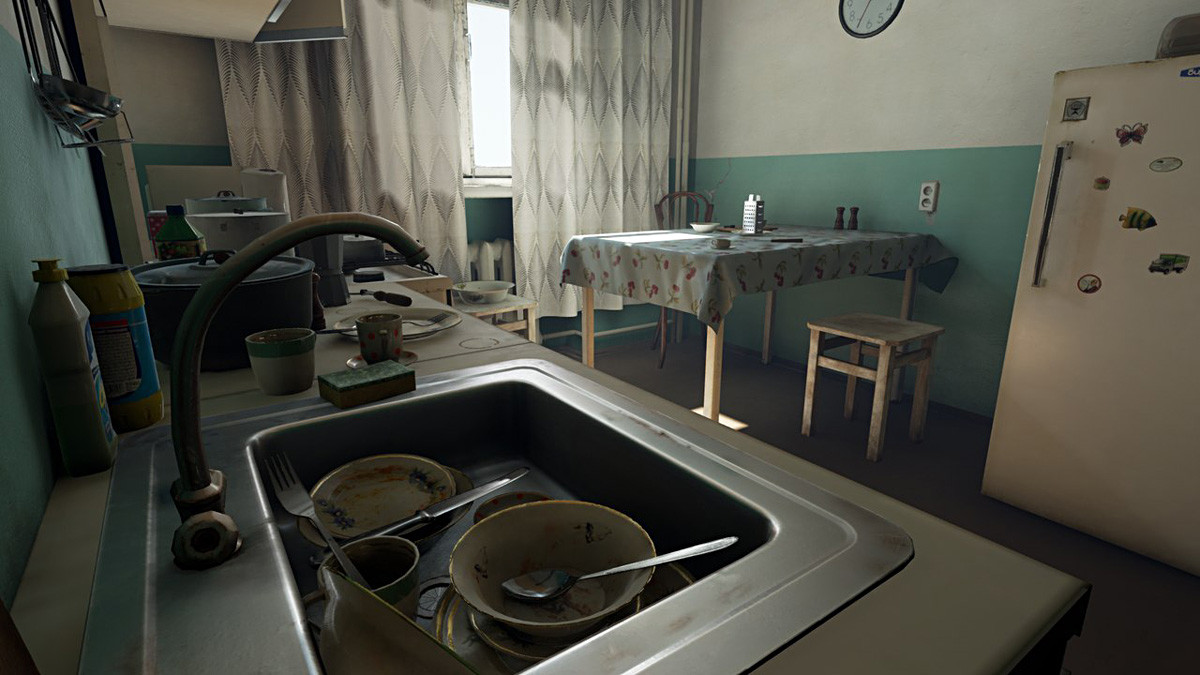 The screenshots in his collection often get comments like "beautiful", "brilliant" or "PERFECT". What they depict can be an ordinary tire service station, a cigarette stand, a construction crane, or simply city power lines. The more the game setting looks like a real place in a Russian city, the more appreciation it receives. 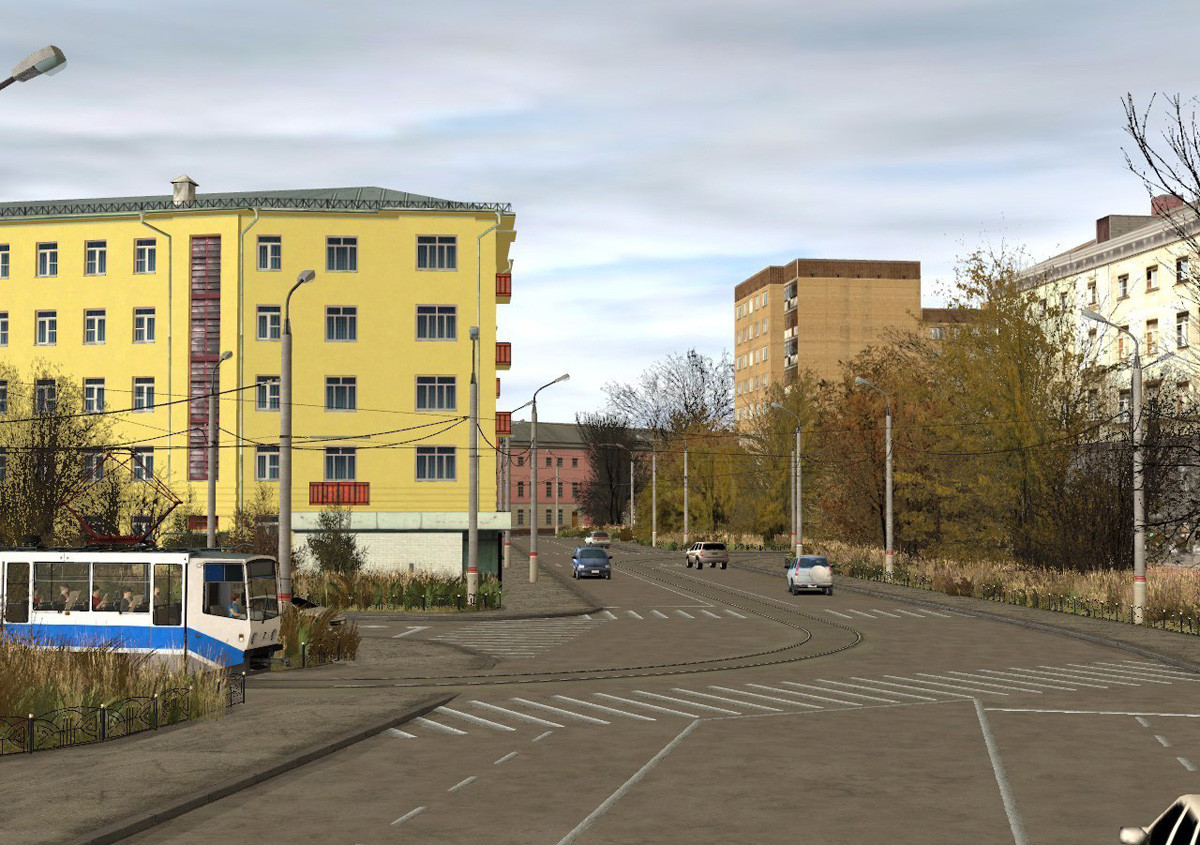 Daniil started collecting screenshots after he began playing Cities Skylines: "Their modders, one of them under the alias ‘Alex’ from transport-games.ru, created a large number of CIS-era buildings. Now the public group is an excellent museum of game settings. And it all began with this screenshot!" 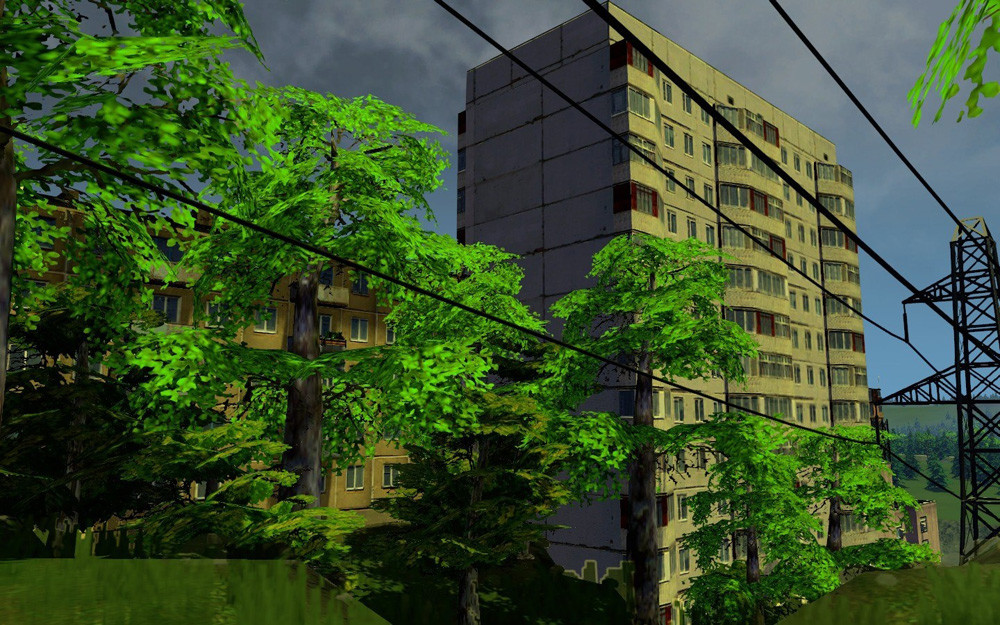 There are two things that are most often used to ‘create’ Russian settings: Russian cars and typical apartment blocks, known as "panelki". "Of course, panelki are absolutely essential. Same as billboards and playgrounds," says Daniil. 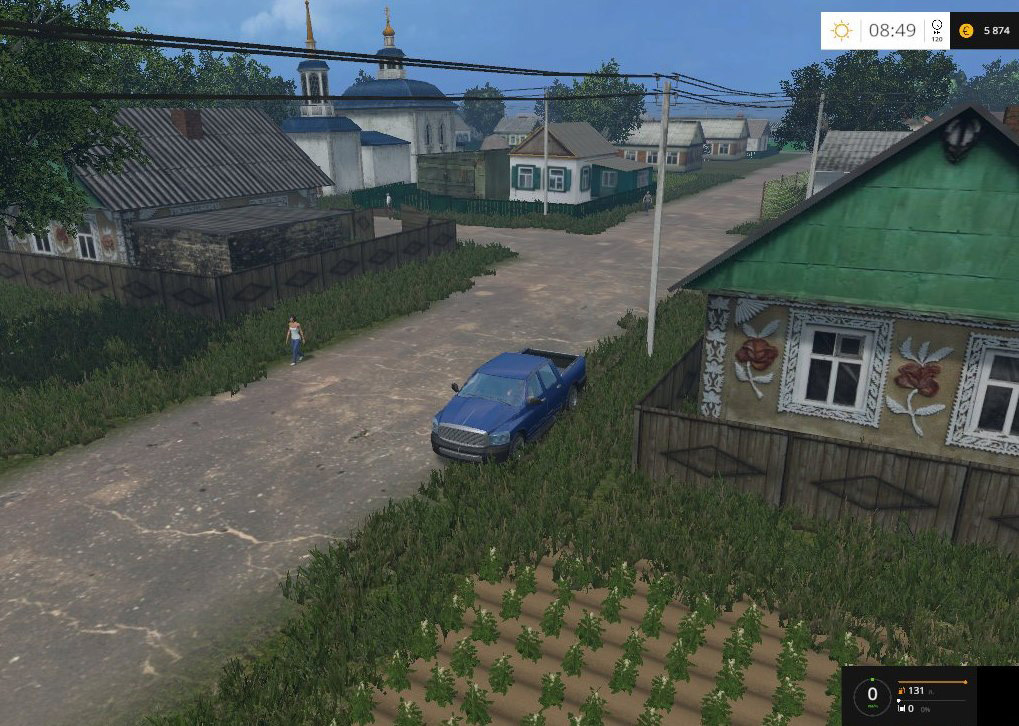 As far as Daniil is concerned, dachas and commuter trains are usually the main components of Russian settings. "Perhaps this is because I have a dacha and I get there by train. When people say e**nya [rude slang for settings], I am instantly reminded of the Russian maps for the game, Trainz Simulator 12, and its subsequent versions. When you watch a video like this, you just want to admire the setting. It is as if you a looking through the window. A train ride is like a trance. Provided it’s not rush hour, of course."

In the same VK community, you can come across questions like: "What is the point of this game? To run down the street like crazy or what? Where is the gameplay?" and answers to them: "For settings like these no gameplay is needed, just walk around and enjoy." In March this year, Russian developers released a simulation game "It's Winter", where the entire gameplay consists of an opportunity to fry eggs, turn on the radio or throw out the garbage. This game was seen as a frighteningly true-to-life simulation of the life of a typical Russian in the provinces. For Russian users, the fact that the setting looked exactly the same as their own apartment and courtyard turned out to be enough. 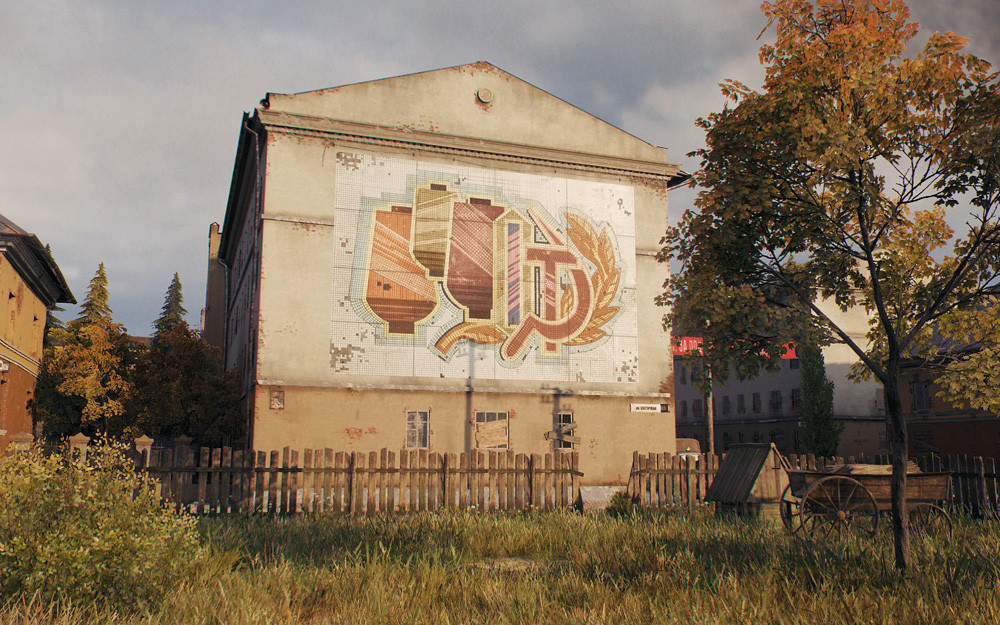 "I will probably not understand the charm of suburban America just as Americans will not understand the charm of dachas,” says Daniel. “But for Russians, it turned out to be important. Also, as children, many heard rumors that when a classmate bought the second part of GTA called Russia on the market, he found his apartment block there. It may well be that it is this myth of 'one's home' that leads many to reproduce their houses in games."

Daniil's favorite setting is Chernarus from ARMA 2, a fictional Slavic country in Eastern Europe. "I really enjoyed spending time in this game for my native villages," he says. 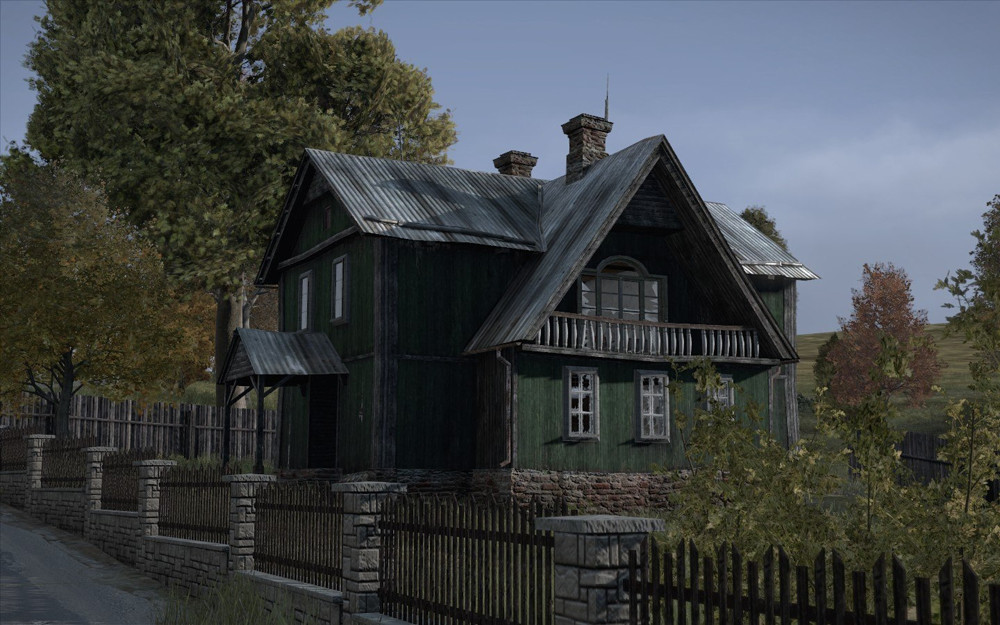 Another favorite is Euro Truck Simulator 2, where the idea is to imagine oneself a long-haul driver. "For some reason, driving a truck is much fun. In this game, fans created a wonderful mod called 'Russia's vast spaces'. It is a very cool feeling to drive there." 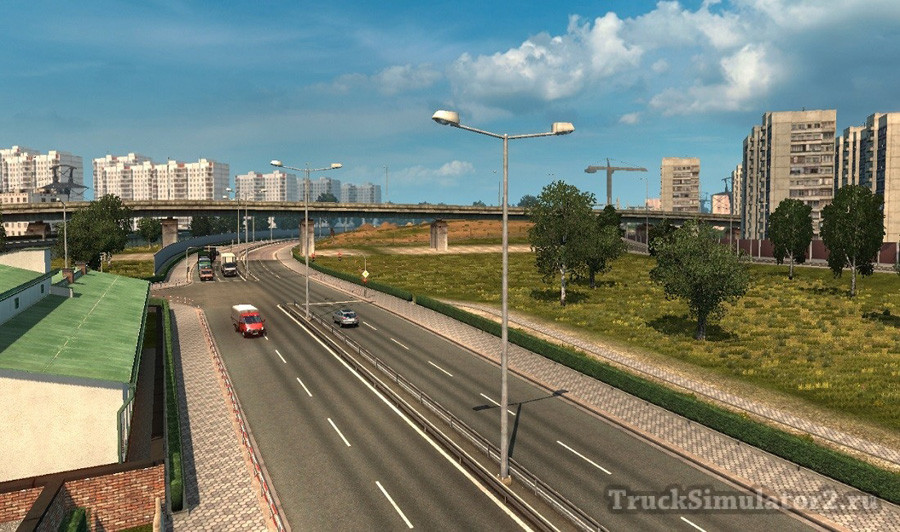 Daniil plays a lot of video games; he’s interested in miniatures and role-playing games like Dungeons and Dragons, has recently started playing the Pokémon card game and plans to apply for a master's program at MGIMO. "I enjoy following political developments and global affairs and I sincerely believe that the present day is much more fun than in the past. In fact, I’ve always wanted to find a way to promote our culture so that people abroad start thinking better about us," he says. 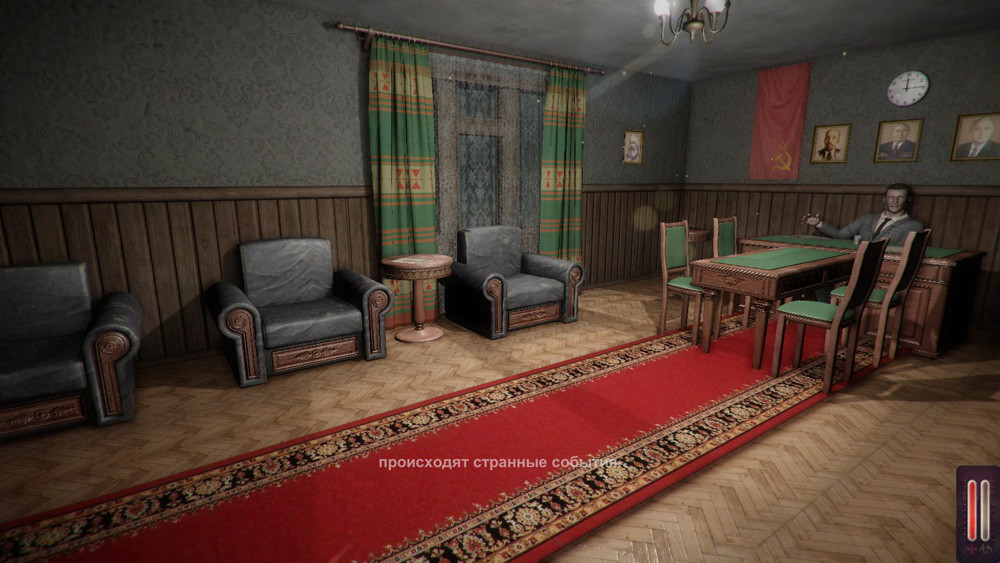 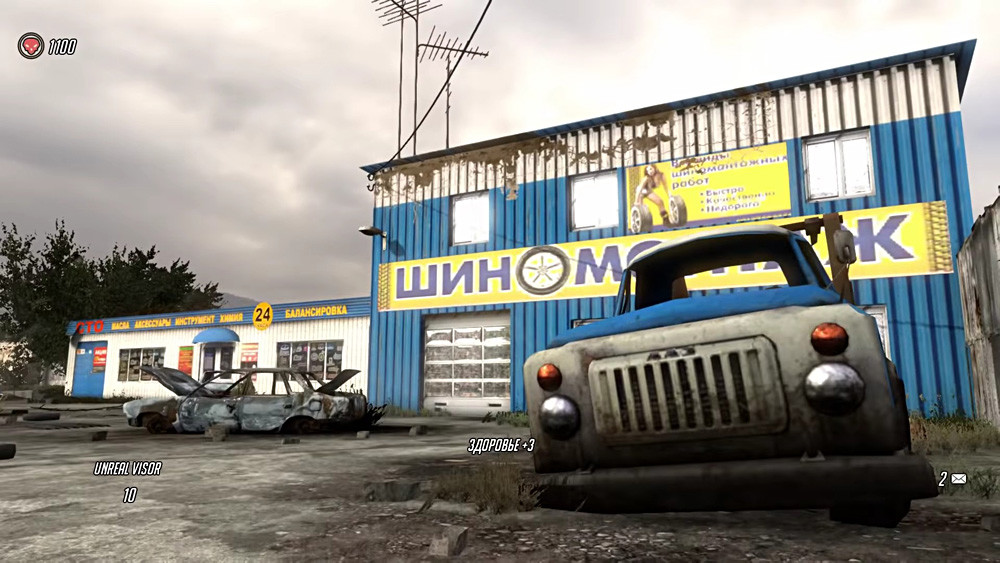 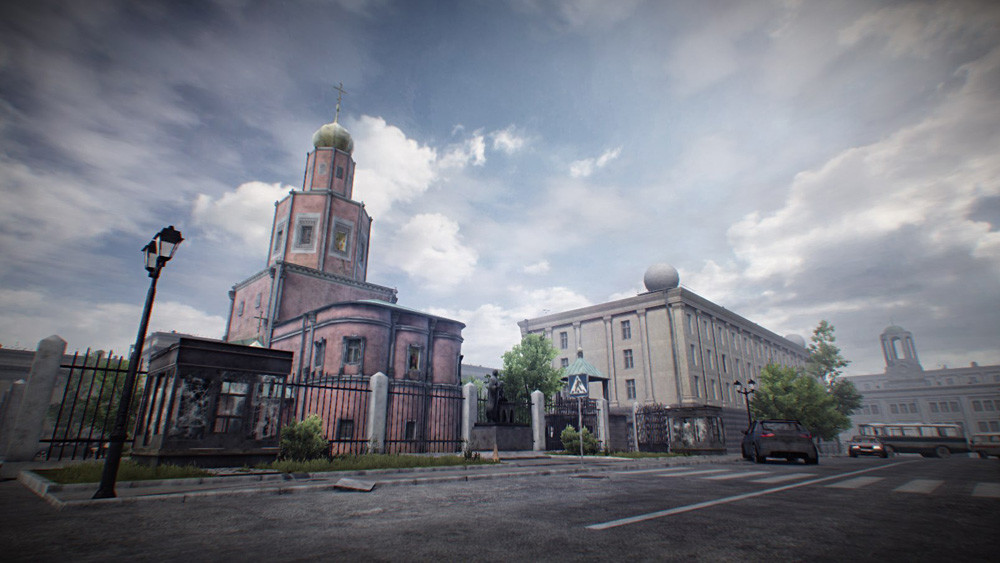