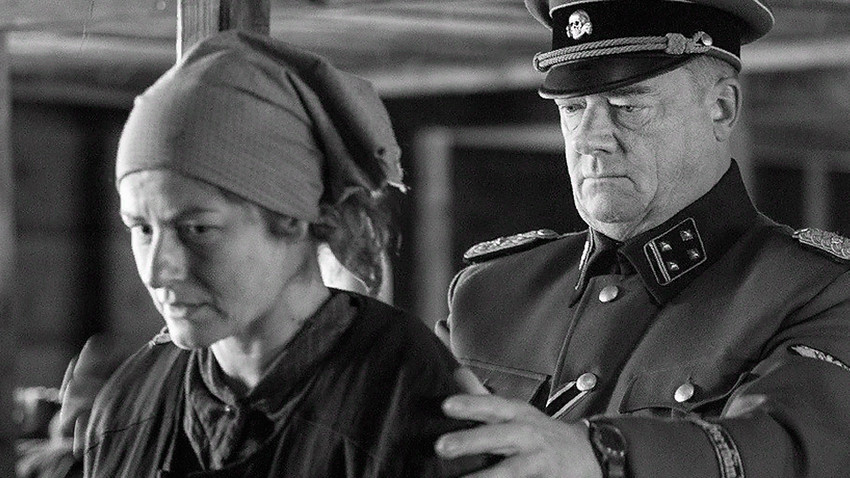 An associate of Andrei Tarkovsky and first Soviet director to make it in Hollywood, Andrei Konchalovsky is heading to the 2020 Venice Film Festival with his latest effort Dear Comrades. The plot is based on the real story of how security forces opened fire on a peaceful demonstration of workers in Novocherkassk, USSR, in 1962. In the run-up to the festival, here are some other movies to watch by one of the major Russian directors of our time. 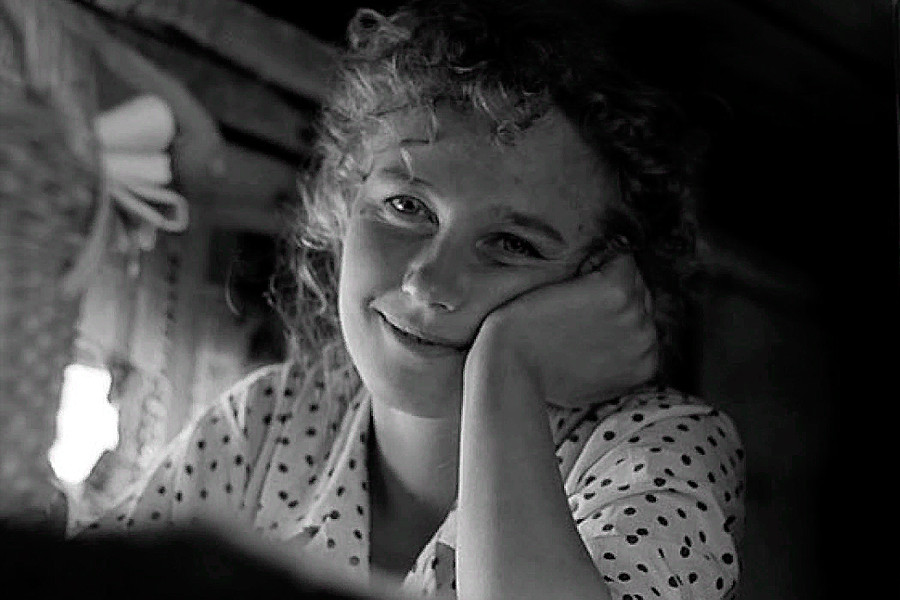 The Story of Asya Klyachina

This movie was shelved for 20 years. The love story of modest collective farm girl Asya and a good-for-nothing driver named Stepan was considered to be anti-Soviet - it was impossible (according to the censors) for people in Soviet Russia to be unhappy. Yet, that is exactly how Asya is portrayed - expecting a child by a man who doesn’t love her, while refusing other suitors “because she is honest”.

The movie did, in the end, find its audience and receive recognition: In 1989, Konchalovsky was awarded the Russian Nika best director prize for it.

Banal at first glance, the love story between a collective farmer and a driver in the spirit of socialist romanticism prevailing at the time ended up being its direct opposite: Under the influence of the French New Wave, the director strove to break out of the confines of the film set and to shoot an invented story in such a way that it looked as realistic as possible, closely intertwining it with documentary material. For this, he involved local villagers, put the main heroine in a real izba [peasant's house] and, as “props”, gave her the family stories of all the Klyachins who had lived in the house over the previous century (a technique Konchalovsky would later touch upon more than once). The result was an amazingly authentic story in which reality became art, while the heroine’s monologues about love, according to cinemagoers, “provoke a shock of pain and breathing seizure”. 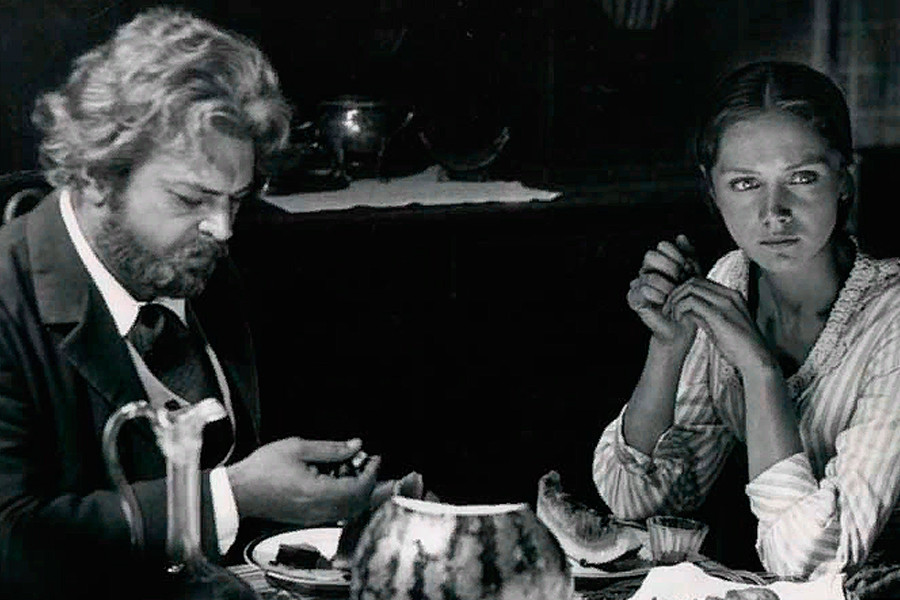 The drama unfolds in the provinces where two members of the Russian intelligentsia - uncle Vanya and a country gentleman, as well as his niece - are slowly atrophying as a result of an unfulfilled life, wasted at a remote estate. Their monotonous existence is interrupted by the arrival of a relative - a professor with his young wife - but this only makes the situation worse.

In the movie, Chekhov’s melancholy is intensified by Konchalovsky to a heightened degree. Just the atmosphere of the dark and dusty interiors of the house inside which the protagonists seem to be hermetically sealed speaks volumes. “After Uncle Vanya, I realized that I could shoot a film in any enclosed space, even in an elevator. It would be enough space for analysing the infinity of the human soul,” Konchalovsky once said. 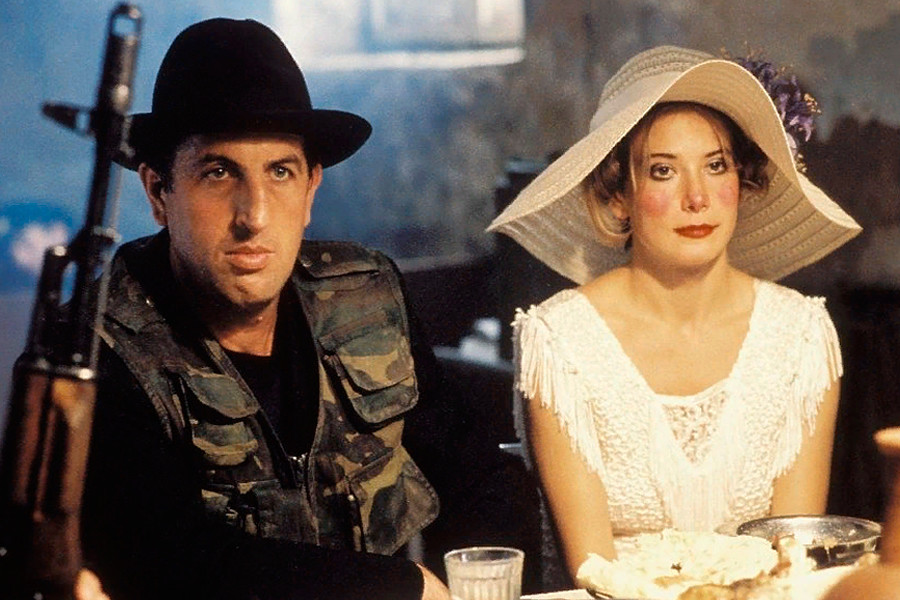 This movie received awards in Venice and was nominated (representing Russia) for an Oscar but, at the same time, it was for a long time fiercely accused of being opportunistic.

The plot is as follows: The First Chechen War is under way in the country. A psychiatric hospital in Ingushetia finds itself in the middle of hostilities and all the doctors, fearing an imminent Chechen attack, flee. The patients, however, remain on their own and establish a kind of independent republic.

The idea was suggested to Konchalovsky by the TV news (the Second Chechen War was already under way in Russia at the time), but the movie received a mixed reception at home. To a large extent, this was due to the fact that it showed Chechens in a way that was unpopular on state television channels at the time - not as ruthless killers, but as ordinary people who also wanted peace. By juxtaposing a madhouse with the Chechens, Konchalovsky made a statement about the insanity of war - and by Western standards, it was fairly politically correct and pacifist. 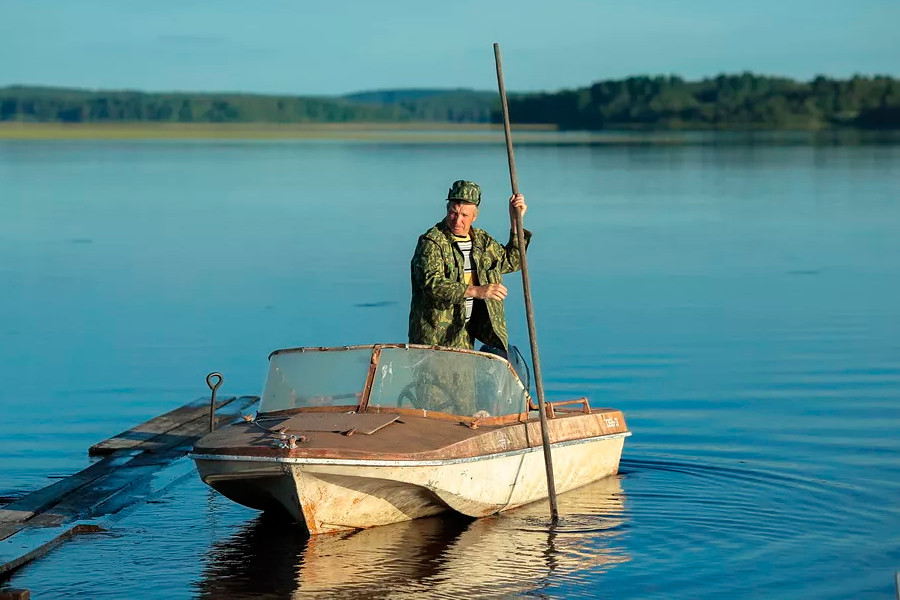 This movie depicts tiny villages on the shores of a lake, out in the sticks somewhere, whose inhabitants are essentially cut off from civilization. Their only link with the outside world is postman Aleksey Tryapitsyn (a real-life postman who played himself in the movie). He collects letters, pension payments and newspapers at the post office and then heads out in his boat to deliver them to the addressees.

The movie, “which is unlike any other film in today’s Russian cinema”, was a real success for the director, bringing him a Silver Lion for best director in Venice and being almost nominated for an Oscar (Konchalovsky refused to be nominated because he had “become disappointed in Hollywood”). It was shot without a script, by a small film crew, in a real village in the Arkhangelsk Region (1,000 km north of Moscow) and with its real inhabitants. The result is simultaneously an epic of the rural way of life, a journey into the past and a vignette about infinite patience and pain. According to film critic Boris Nelepo, the movie is “dedicated to people who have been left alone with themselves and the edifice of life, the frightening pressure of which is usually hidden from us by our urban lives”. 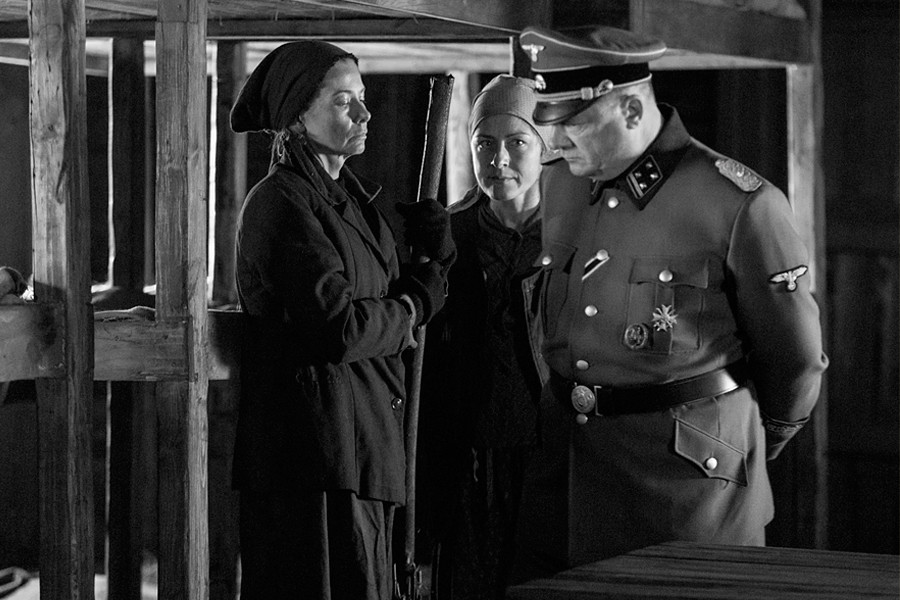 Olga, a Russian émigré aristocrat, is arrested by the Nazis for harboring Jewish children. She is sent to a concentration camp, where she meets an acquaintance who has long been in love with her - a high-ranking SS officer. They develop a painful relationship and prepare an escape. However, her long-awaited paradise changes its appeal and meaning in the wake of the hell she has witnessed.

The movie - with its at first sight overused cinematic theme of concentration camps and the relationship between sadist and victim - nevertheless received high acclaim and was yet another success story for Konchalovsky. It brought him a Silver Lion at the Venice Film Festival and was shortlisted for an Oscar. According to Konchalovsky, during filming, he was thinking of how ordinary people begin to become complicit in terrible crimes, simply because everyone else begins to do it and how unfortunate people do evil while strongly believing they are doing good.