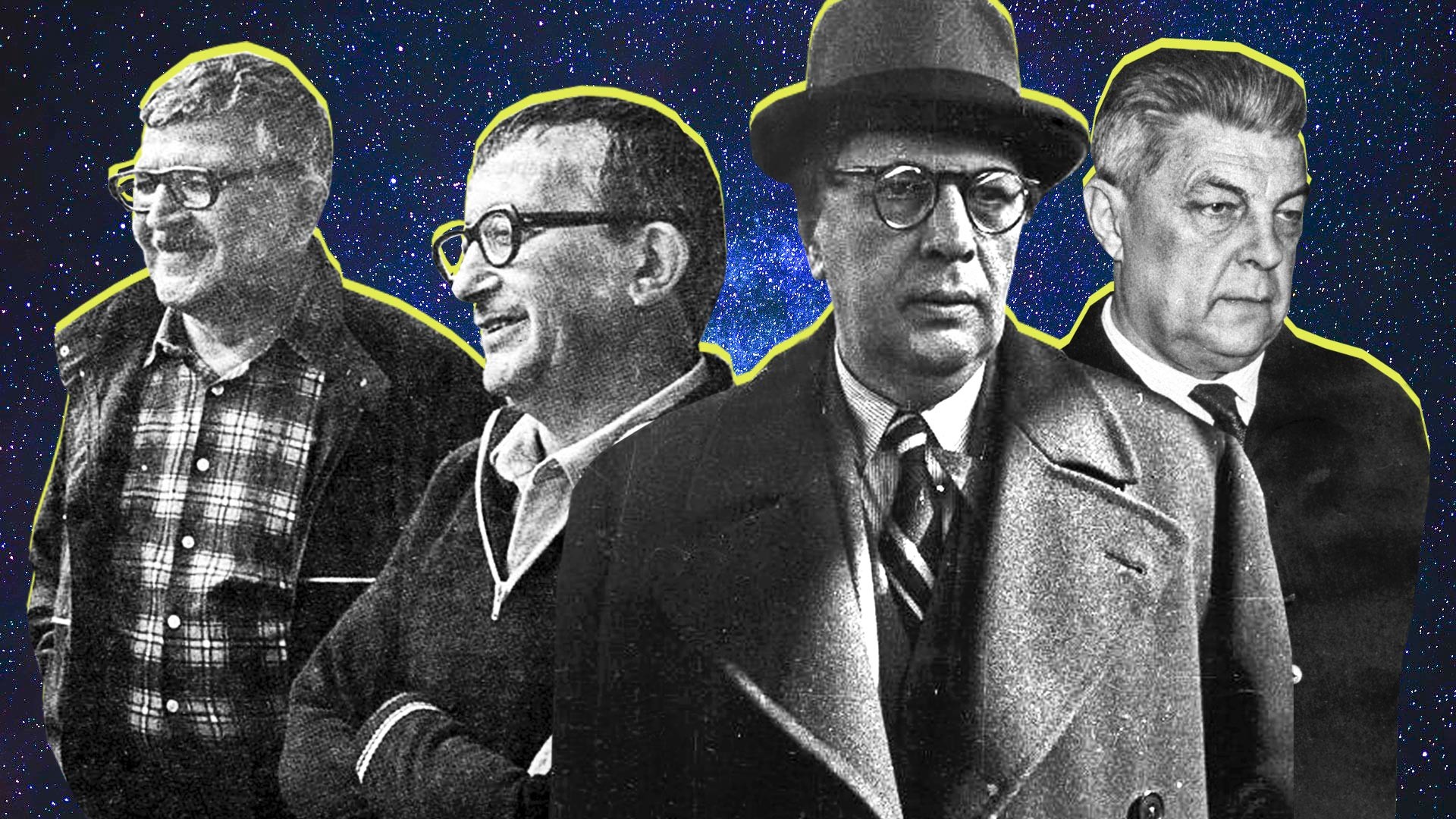 Sergei Korshunov/MAMM/MDF/russiainphoto.ru; Sputnik; Pixabay; Izmerenie F, Leningrad, 1990
Below is Russia Beyond’s pick of the best authors and their novels that have stood the test of time and are available in English.

Yefremov is often called the ‘Father of Soviet Science Fiction’. It was Andromeda: A Space-Age Tale with which he blasted onto the literary scene in 1957. Rumor has it that Darth Vader, one of the central characters in the Star Wars saga, was named after the Dar Veter character from Tumannost Andromedy.

A professor of paleontology, Yefremov developed a new scientific field called taphonomy, for which he was awarded the top honor of the time, the Stalin Prize. But in his novels, the people of the future don’t mention the official Soviet ideology, reading books by David Lindsay instead.

Shortly after Yefremov’s death in 1972, KGB agents searched his apartment on suspicion that he and his wife had allegedly been spying for the UK. 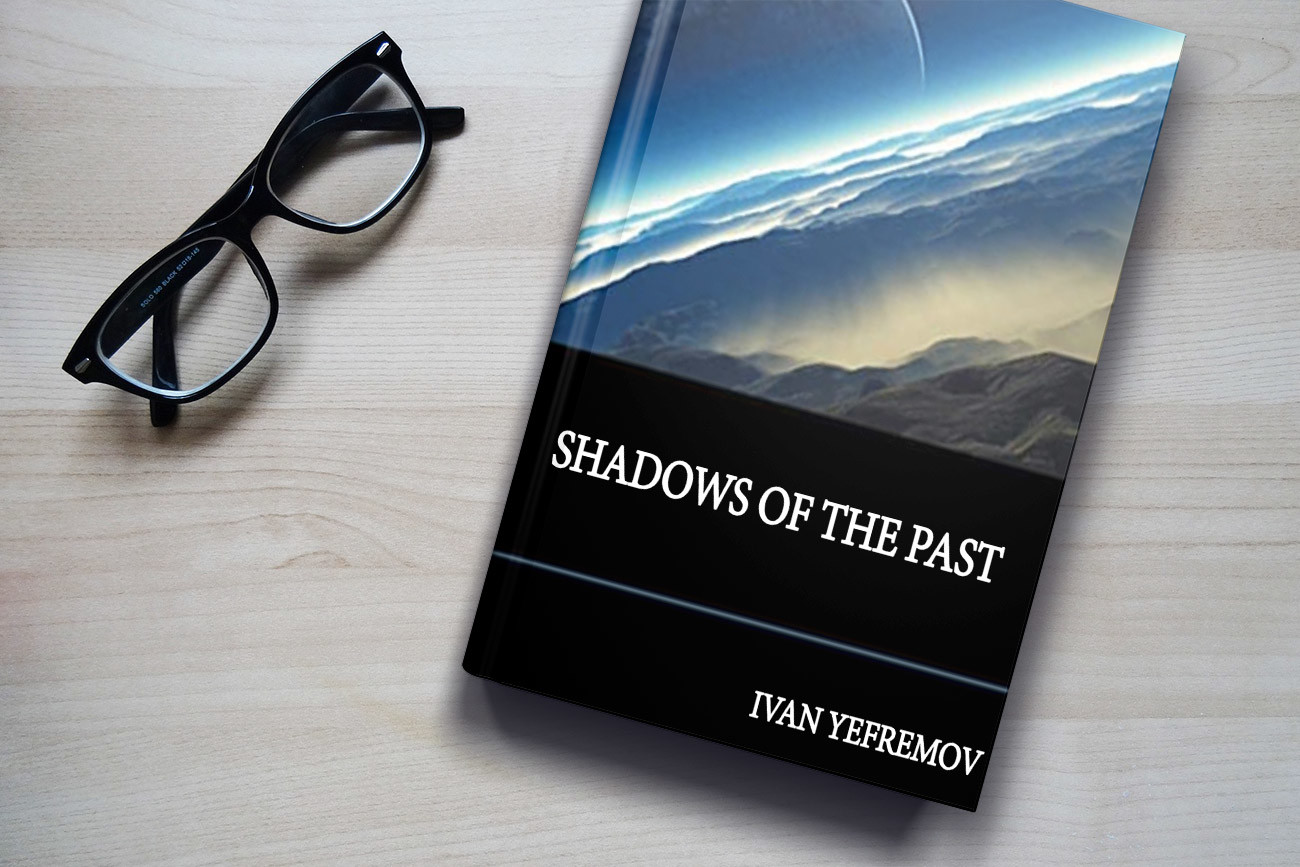 Available in English:Shadows of the Past: This is that rare case where a science fiction novel is blended with a palaeontological tale. A must-read for any sci-fi enthusiast!

The Strugatsky brothers are universally acknowledged as Soviet science fiction’s most revered blue-chip contributors. Boris (a professional astronomer) and his older brother Arkady (an interpreter by trade) have set a high benchmark. Some peers have come close, but nobody has quite managed to reach it. They left a legacy of books, becoming the movers and shakers of the Soviet sci-fi scene in the 1960s.

The duo focused not just on spaceships, superheroes and technology, but repeatedly addressed certain social themes, exploring issues of power and psychology, sociology and sexuality, anthropology and philosophy with metaphysical wit. 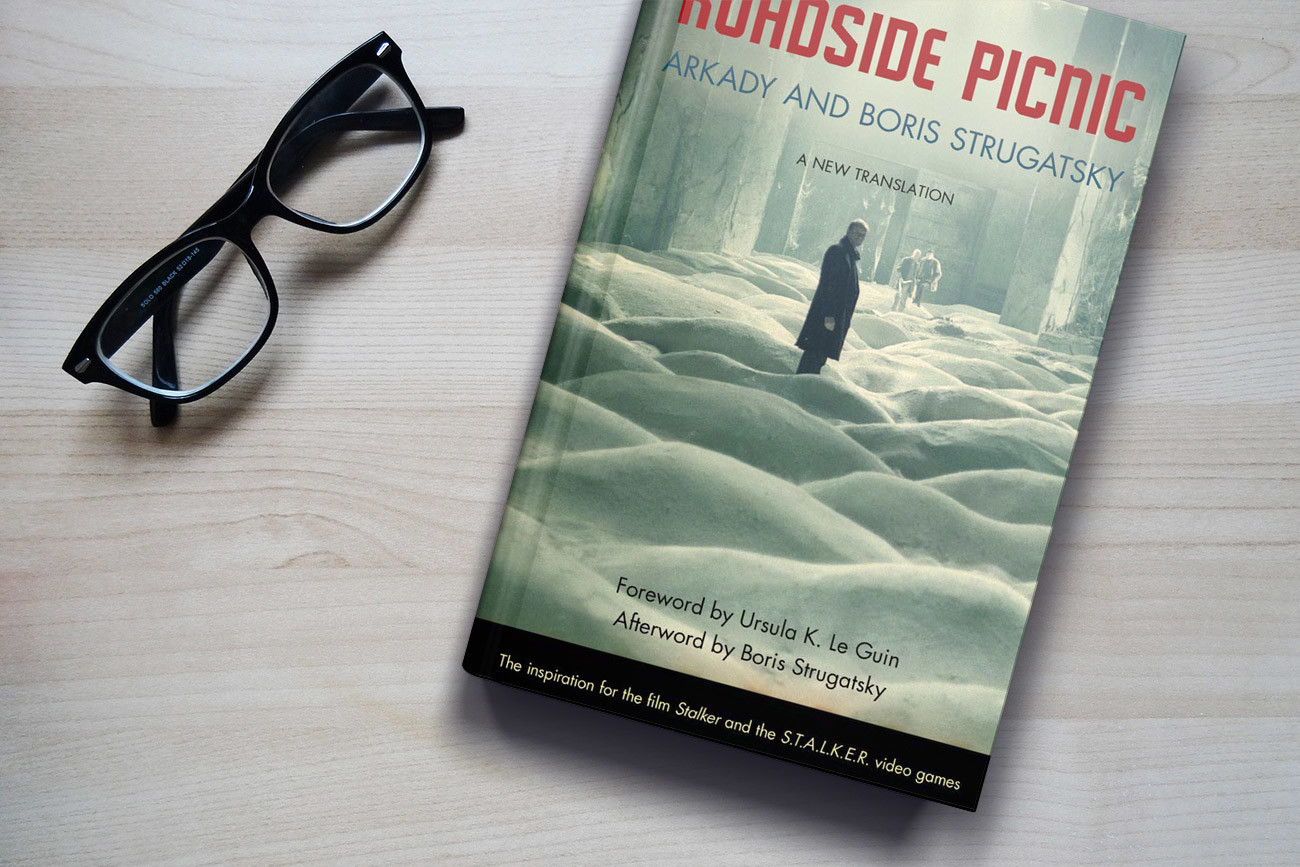 Available in English:Roadside Picnic, The Ugly Swans, Space Mowgli, The Snail on the Slope

The Snail on the Slope: Strugatsky considered it their most significant work. It made the duo popular in the West, becoming the subject of doctoral dissertations and monographs in America, where the novel was compared with works by Jonathan Swift and Franz Kafka.

Tolstoy is often regarded as one of the creators of the sci-fi genre in Russia. A nobleman, who was distantly related to the author of War and Peace Leo Tolstoy, alternated between different genres during his career, but specialized in science fiction and historical novels. After the Bolshevik Revolution, Tolstoy emigrated to Europe, but then he came back to the USSR. 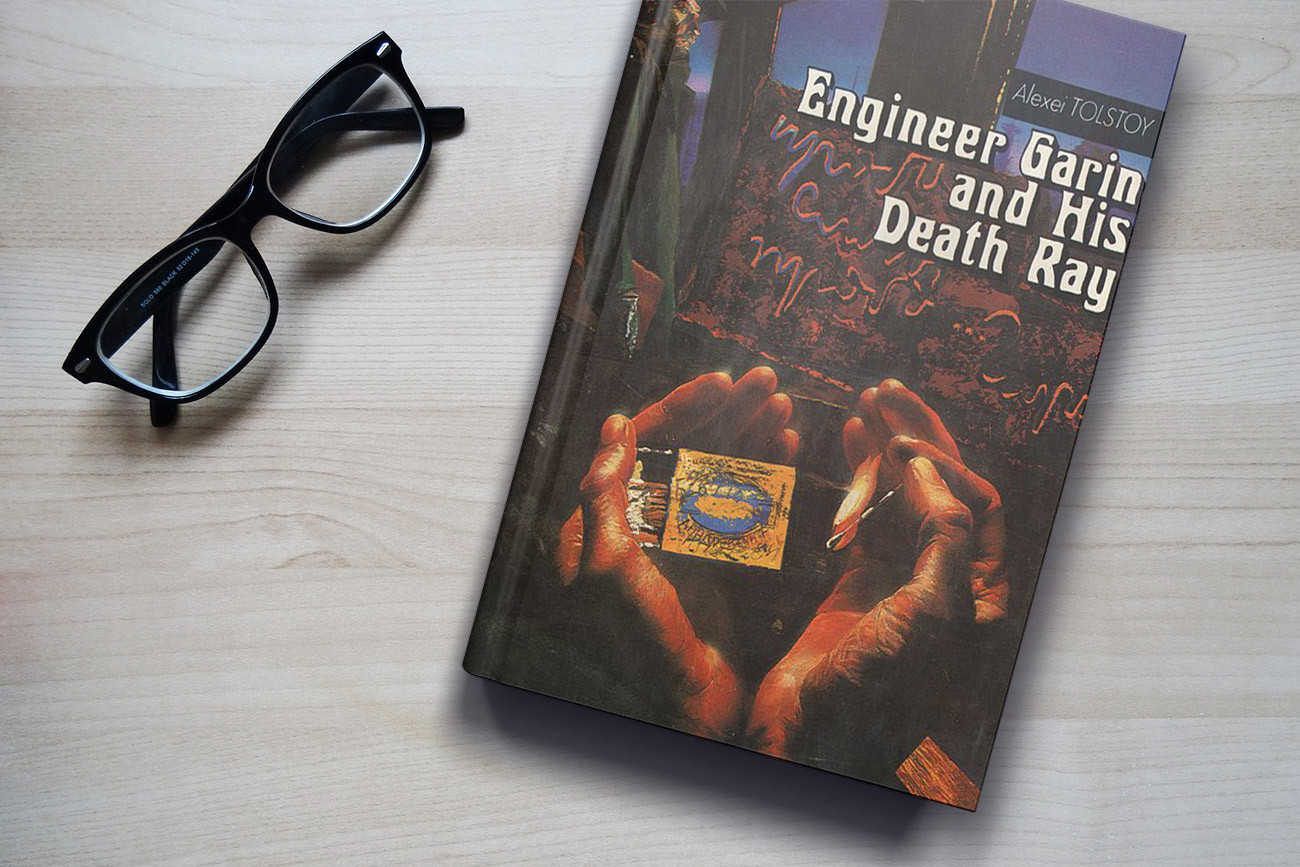 Available in English: His tour de force – Engineer Gain and His Death Ray – is widely recognized as one of the greatest books in the genre. It’s an odd cocktail of a novel. Part thriller, part dystopia, part sci-fi, part drama, it tells the story of a man who designs his laser-like death ray to control the world. According to some literary experts, Garin is actually the alter-ego of the father of the Bolshevik Revolution, Vladimir Lenin. Tolstoy, nicknamed ‘the Comrade Count’, wrote it in 1925, after he returned from emigration.

At 30, Belyaev fell ill with tuberculosis and was paralyzed for six years. It changed his priorities, sparking interest in literature. So, Belyaev plunged into the world of sci-fi pioneers Jules Verne and H. G. Wells (whom Belyaev later met face-to-face in Leningrad.) Whatever it was, whether treatment or his new-found passion, with time the disease receded.

At the beginning of the Nazi invasion of the Soviet Union, the writer refused to evacuate from the town of Pushkin. Belyaev later died of hunger during the siege of Leningrad in 1942. His unique style of fiction found broader popularity after his death, with the trailblazing author often referred to as the ‘Jules Verne of Russian science fiction’. His hugely successful novels have also been made into movies. 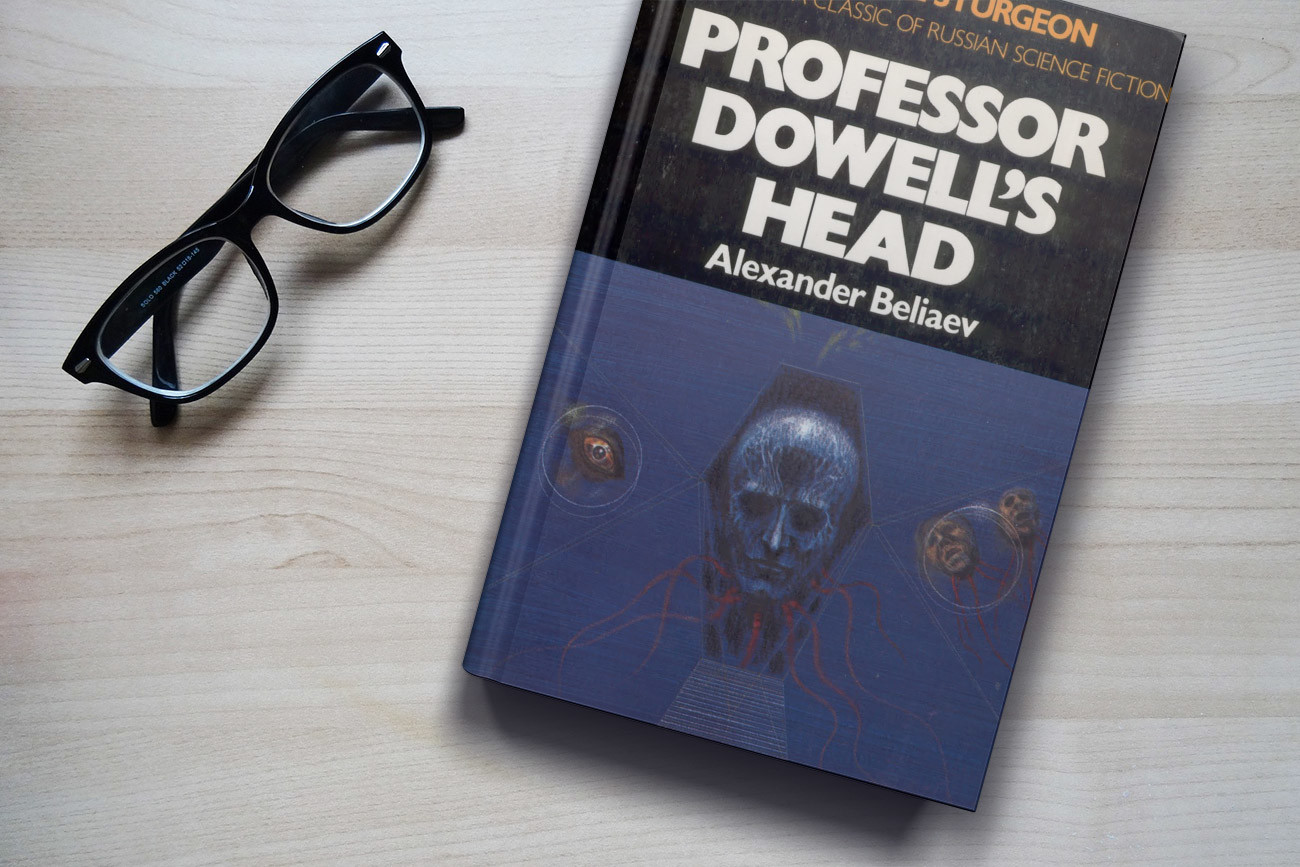 Available in English:Professor Dowell’s Head is Belyaev’s best-known novel. The author called it an autobiographical story: He wanted to tell his readers “what a head without a body can experience”. Eerie, fascinating and prescient.

Although landmark novels by Adamov (born Abram Gibs) were written decades ago, they still carry some lessons and learnings that we can use today. Adamov was a self-made man who joined the Bolshevik Party at 15, took a keen interest in politics, was arrested and spent several years in prison. After being released from jail, Gibs, using the pen name Grigory Adamov, started contributing to a local newspaper. He was already in his late 40s when he began writing sci-fi stories. And even though his best-known novels, Conquerors of the Underground and The Mystery of the Two Oceans may seem somewhat naïve these days, the narrative is fast-paced, while the plot twists and turns like a worm on a fish-hook. 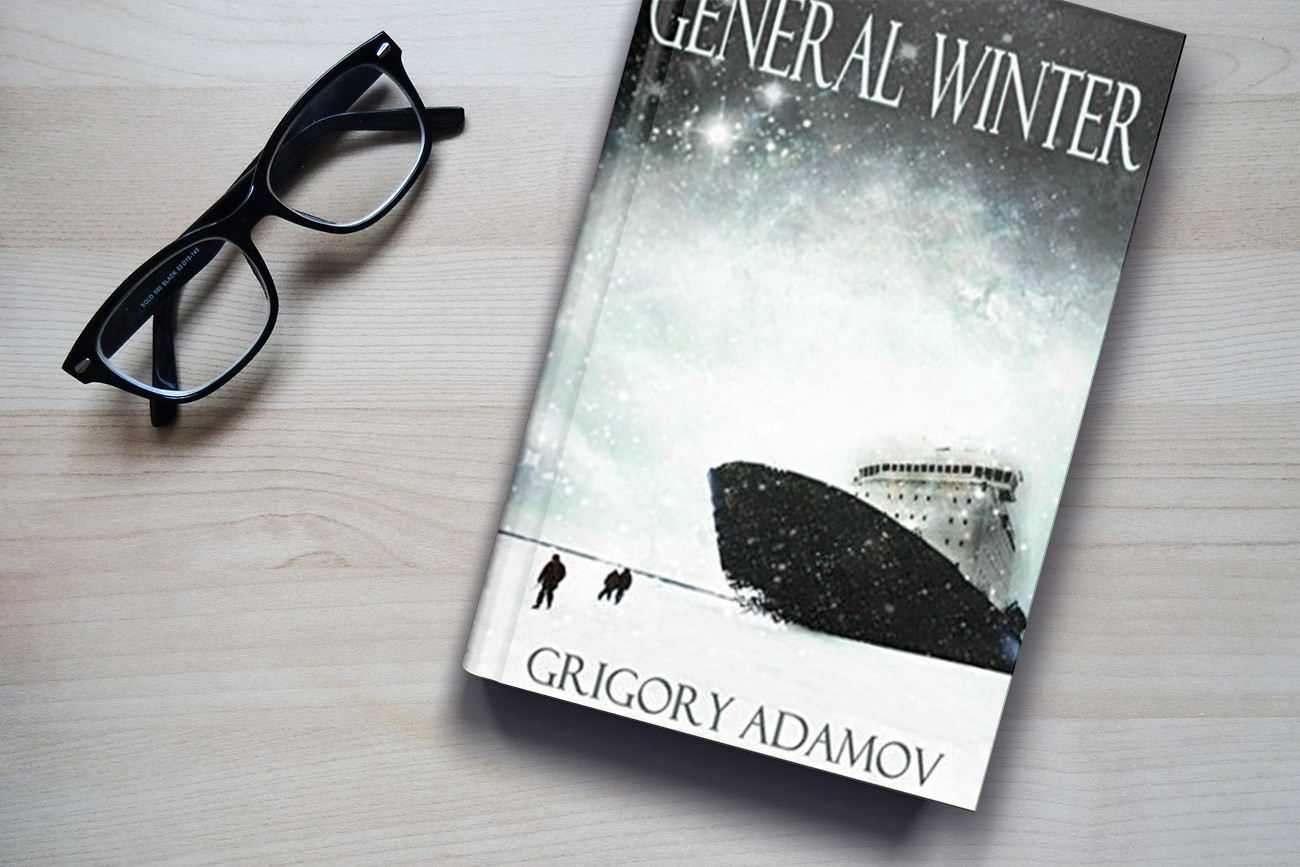 Available in English:General Winter is an epic tale of adventure and danger in the arctic. You’d have to pinch yourself to remember it was written more than eight decades ago. To turn scientific material into common sense, he made a journey to the Russian Far North to investigate the possibility of warming of the Arctic Circle area by artificially heating the Gulf Stream. The novel was published posthumously in 1946.

When one thinks of Soviet science fiction authors, Kir Bulychev is one of the first names that come to mind. Few know that his real name is Igor Mozheiko. An expert in the medieval history of Burma, he began writing sci-fi stories in 1965. Mozheiko wrote under numerous pen names, including exotic ones like Sven Thomas Purkiné and Maun Sein Dji. The writer had kept his real name a secret until 1982, for fear that the university where he worked wouldn’t consider science fiction a serious field of academic study and fire him. 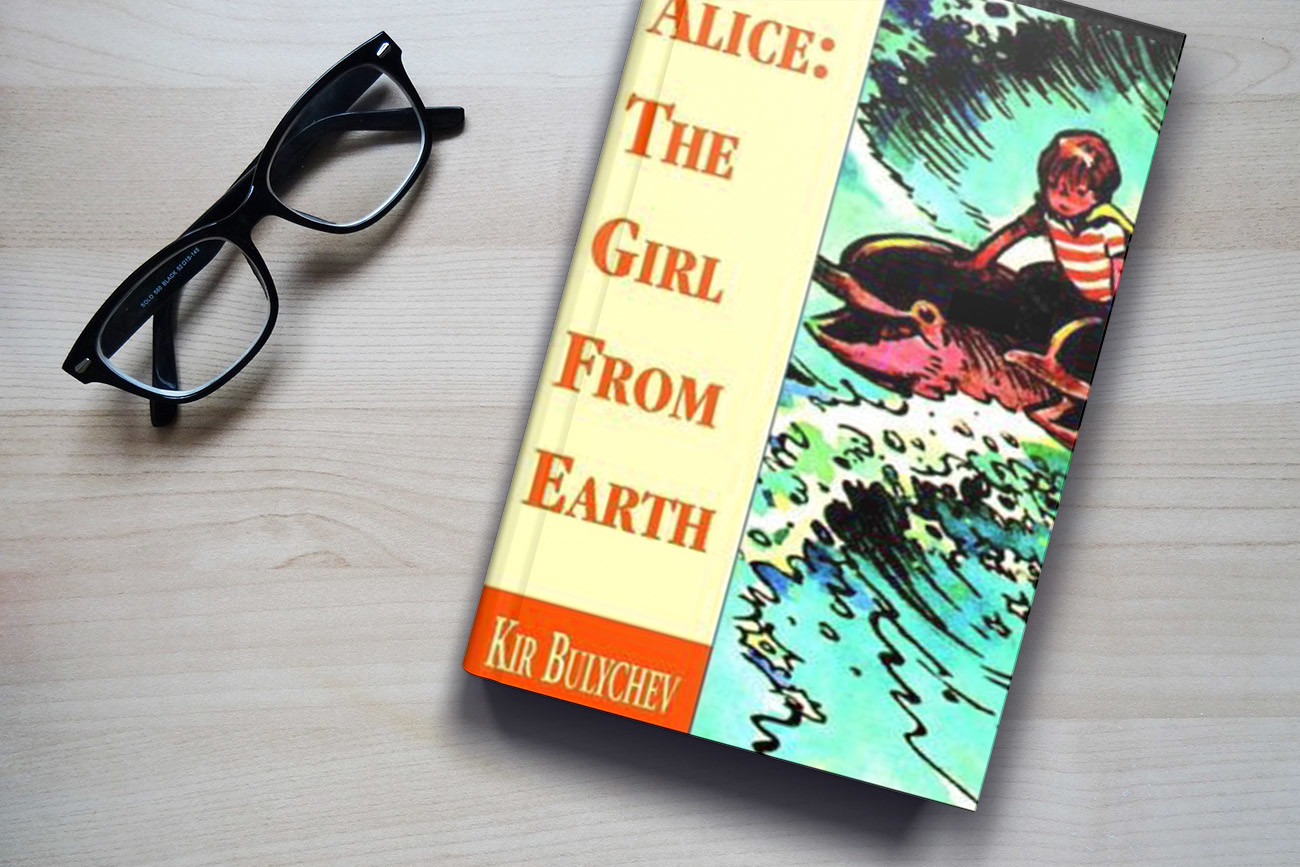 Available in English:Alice: The Girl From Earth. Bulychev’s best-known work is a children's science fiction series about Alisa Selezneva, a seemingly ordinary girl from the future. Several generations of Soviet kiddos would hide under their mattress and read it at night with a flashlight. His cult novel served as inspiration for a series of video games and comic books. The Guest from the Future sci-fi miniseries became one of the most popular children’s sagas in the mid-1980s.

Considered the ‘Patriarch of Soviet Science Fiction’, Alexander Kazantsev is credited with coining the term “inoplanetyane” (“aliens”). When he wasn’t penning science fiction, Kazantsev made himself busy composing chess endgame studies. A pioneer of Soviet Ufology, he was also a prolific writer. Many of his works, both fiction and non-fiction, deal with controversial scientific theories (for example, he believed that Mars had canals.) 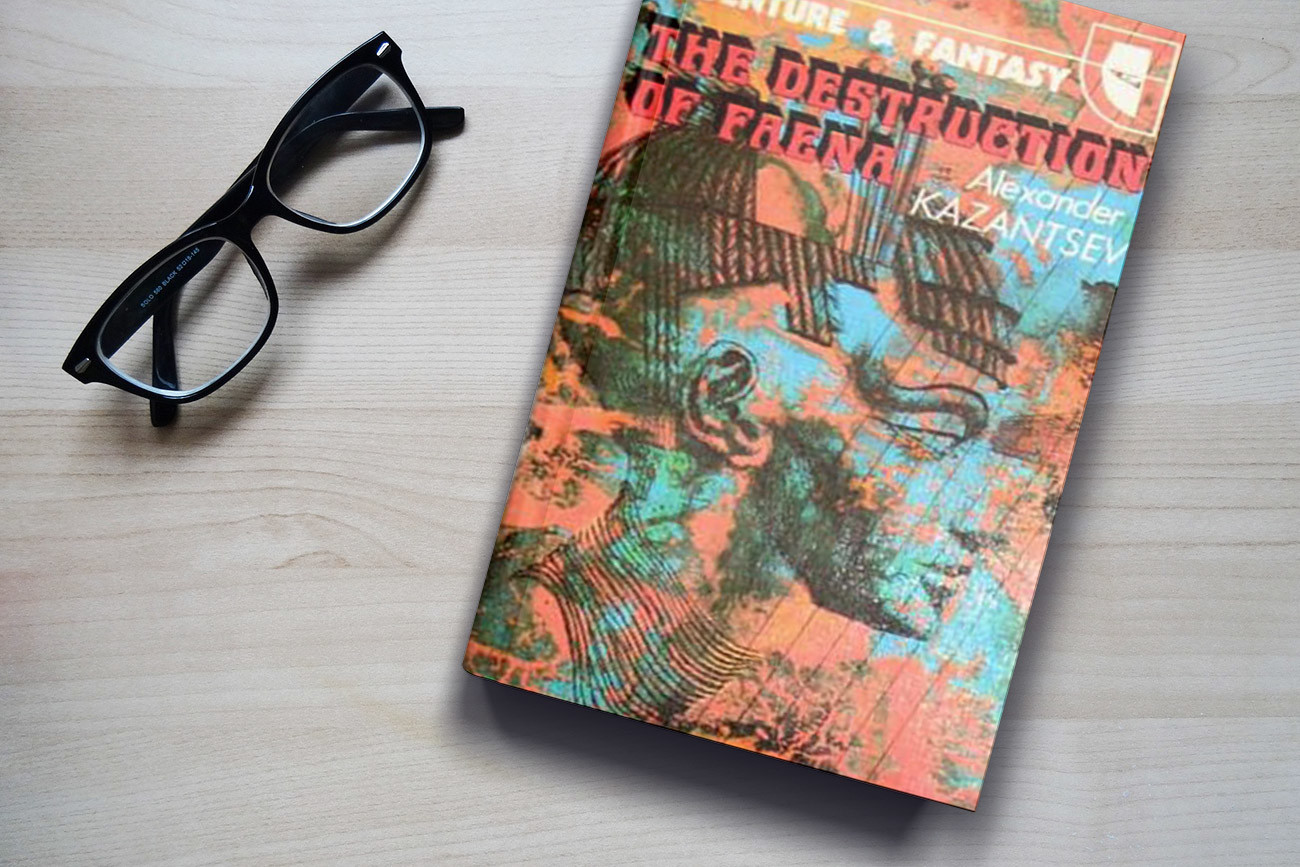 Available in English:The Destruction of Faena is about the death of the fifth planet of the solar system due to a nuclear explosion of the oceans. It takes some energy to get into the world of the book. Part fantasy and part fiction, it will send the historically curious off on a fact-finding mission of their own.

Sergey Snegov (real name Sergey Kozeryuk) was born with his eyes looking up at the stars. But life was far from rosy for Snegov. After graduating from the Odessa Institute of Chemistry, Physics and Mathematics, he was appointed associate professor of philosophy. But his lectures were soon deemed anti-dogmatic. Sergey was subjected to repression and spent 20 years of his life in labor camps in the north of the country.

Snegov decided to try his hand at the science fiction genre to stay off the authorities’ radar. The idea behind his magnum opus, Humans as Gods, was to write a book “nobody would object to”. 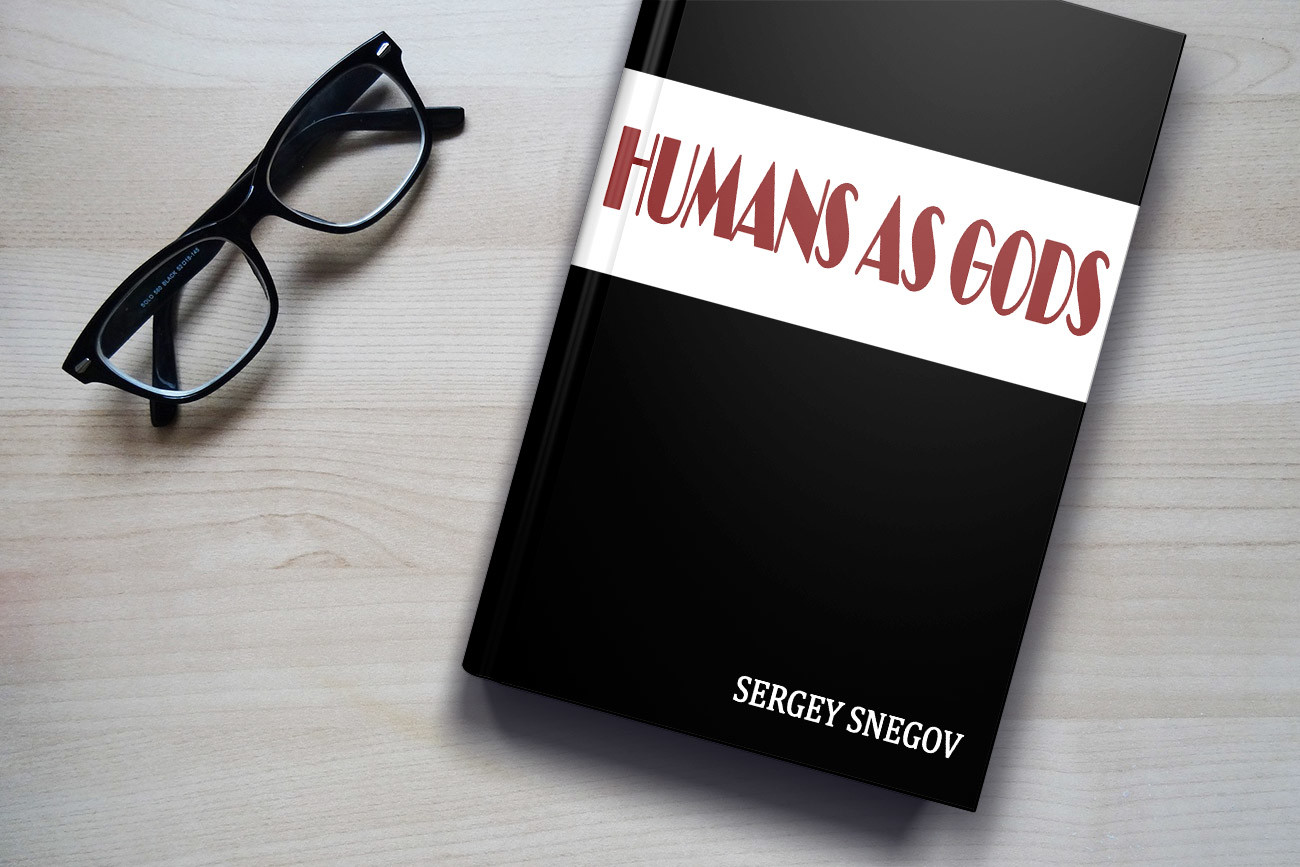 Available in English:Humans as Gods could be described as a Soviet space utopia, set in a distant future. Although one may find the plot somewhat predictable these days, the setting of this trilogy is thrilling.

Half Polish, half Latvian, Sever Gansovsky was born in 1918, around the beginning of the Bolshevik Revolution, a turbulent year. His first name means “North” in Russian. Sever had indeed a hard row to hoe during his early years. His father left the family; his mother was arrested and executed. To make ends meet, Sever worked as a cabin boy, sailor, mover and electrician, which probably made his cold eye sharper and stronger.

He volunteered to join the army when WWII broke out. Gansovsky published his first science fiction work in 1960. He was extremely prolific and was also famous for his illustrations, particularly for the first edition of Strugatsky’s Snail on the Slope novel. His books have since been turned into plays, movies and animated films. 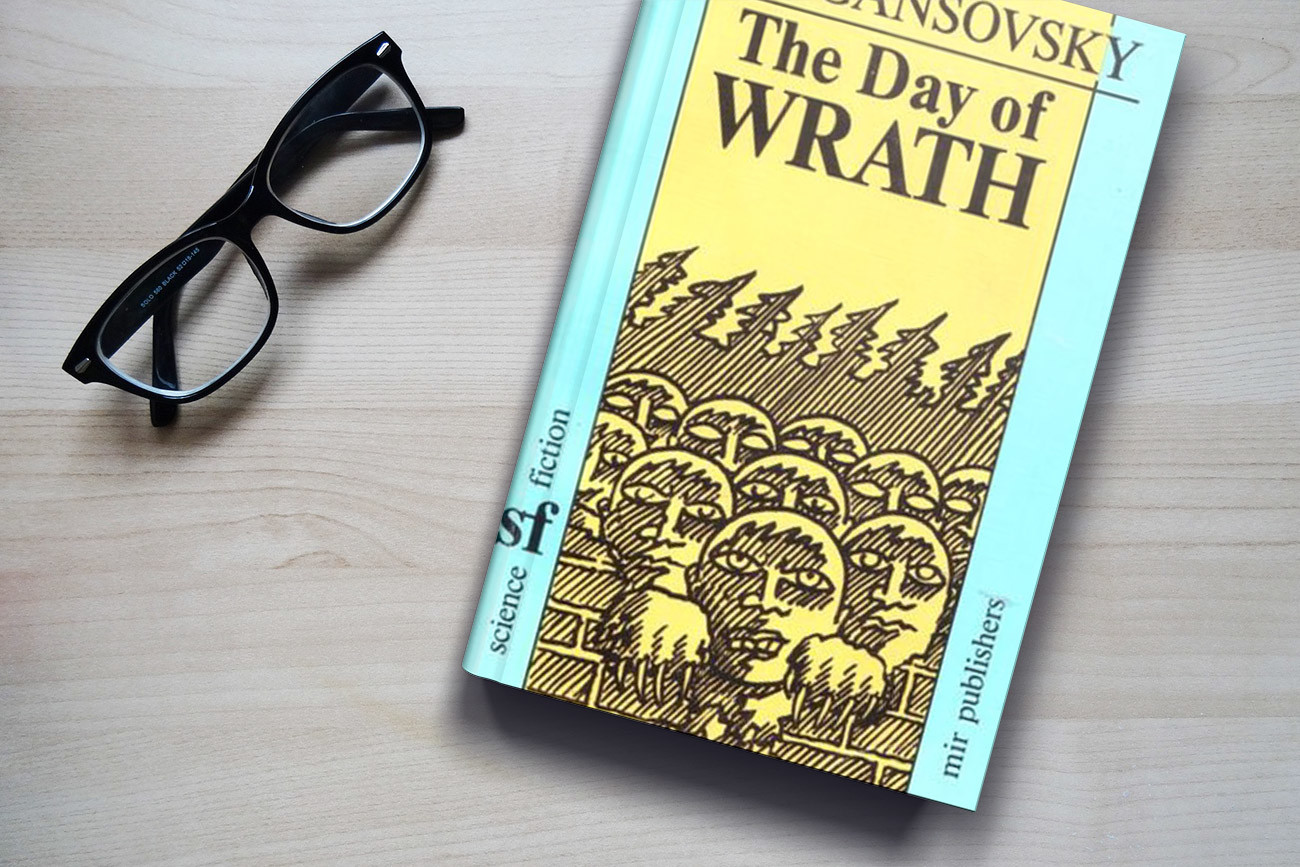 Available in English:The Day of Wrath is a timeless piece of science fiction. Powerful and persuasive, it may even remind some sci-fi readers of the eerie Island of Doctor Moreau by H. G. Wells.

Olga Larionova has proven to be a rare figure in Soviet literature. A physicist by trade, she brought a rare depth of feeling to her 1965 debut novel, A Leopard from the top of Kilimanjaro, which instantly made her a literary celebrity. Her signature short stories are more philosophical than futuristic. Her best fantasy novels always have strong, smart and relatable characters. In 1987, Larionova received the coveted Aelita Prize for the best Russian science fiction, becoming one of only two female authors to ever win the award. 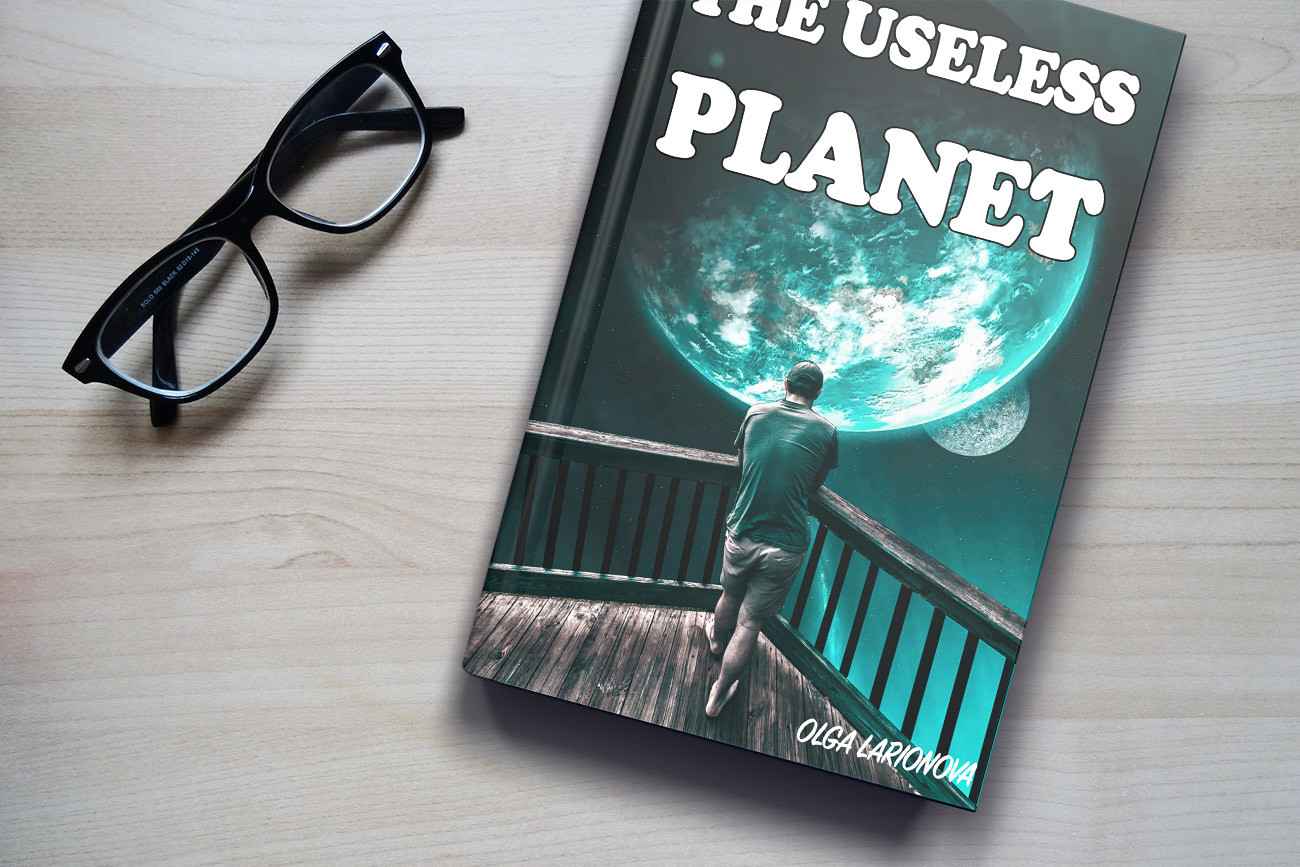 Available in English:The Useless Planet is a thoughtful, challenging and inspirational short story that uses science fiction to explore philosophical and humanistic ideas.