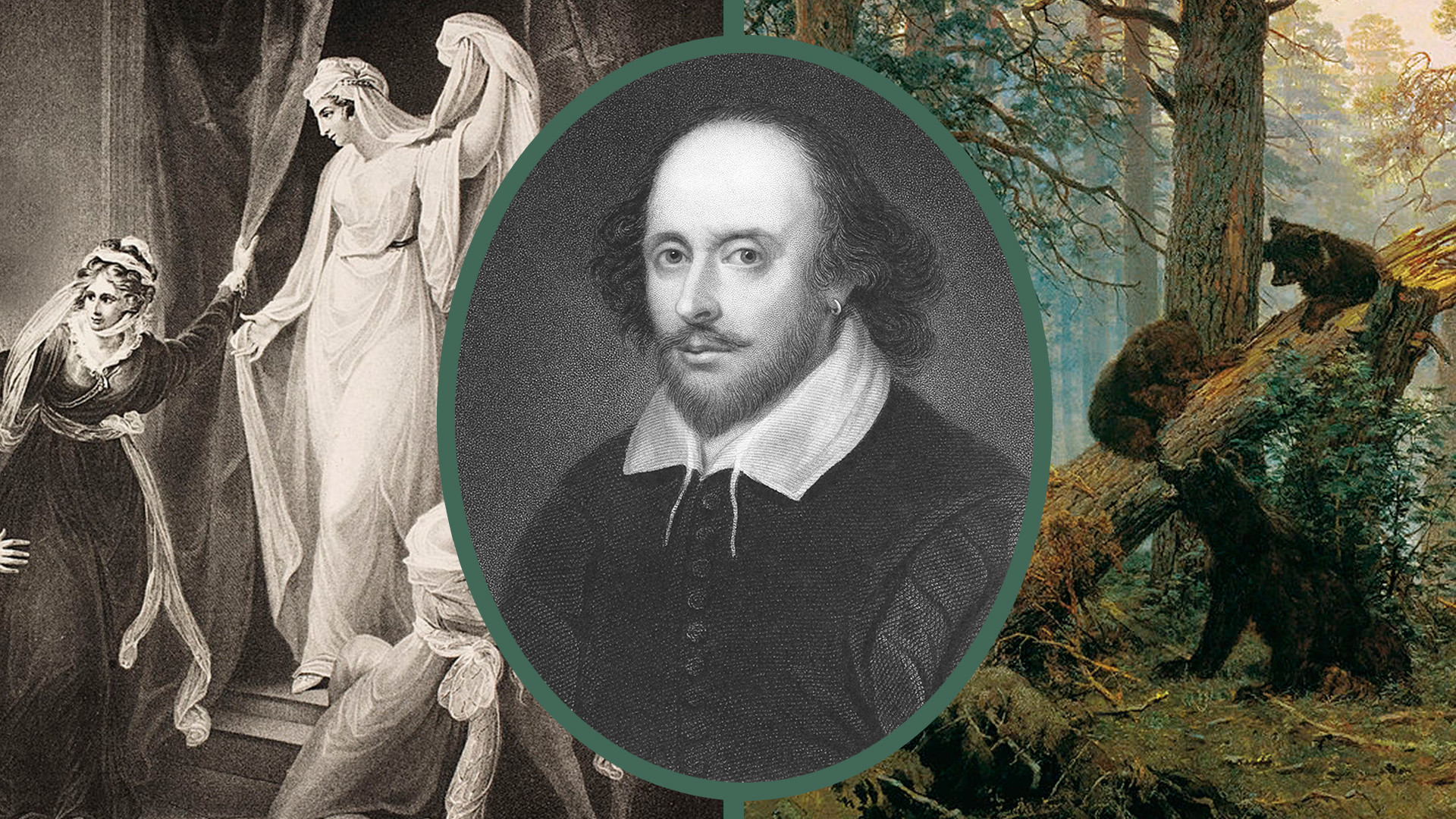 Getty Images; Legion Media; Tretyakov gallery
Despite Russia’s overwhelming passion for the bard’s works, few in the country are aware of Shakespeare’s mentions of the country in his plays.

Ever since Alexander Sumarokov translated Hamlet into Russian in 1748, Russian intelligentsia has been passionate about the works of William Shakespeare.

The great English bard’s plays and sonnets have been Russianised to such an extent that they have left an indelible mark on the country’s cultural landscape. Shakespeare even inspired Alexander Pushkin, Anton Chekhov and Boris Pasternak. 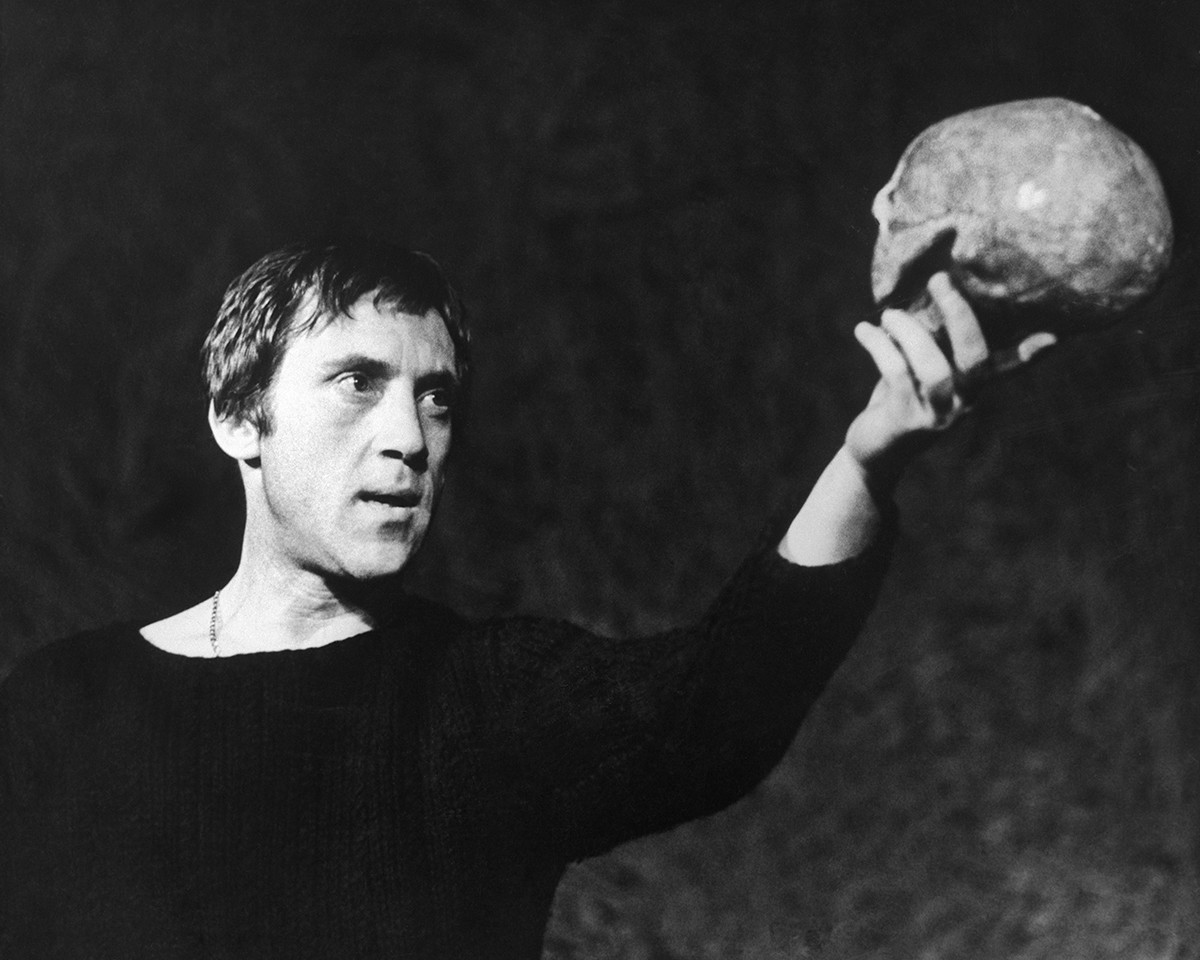 In the 1970s, it was incredibly difficult for a Muscovite to get a ticket to watch poet, singer and actor Vladimir Vysotsky play the role of Hamlet.  More recently, in 2016, a Moscow Metro train was decorated with quotes and images of characters from Shakespeare’s plays. Despite this love for the bard’s works, few in Russia are aware of the bard’s mentions of Russia in his plays. 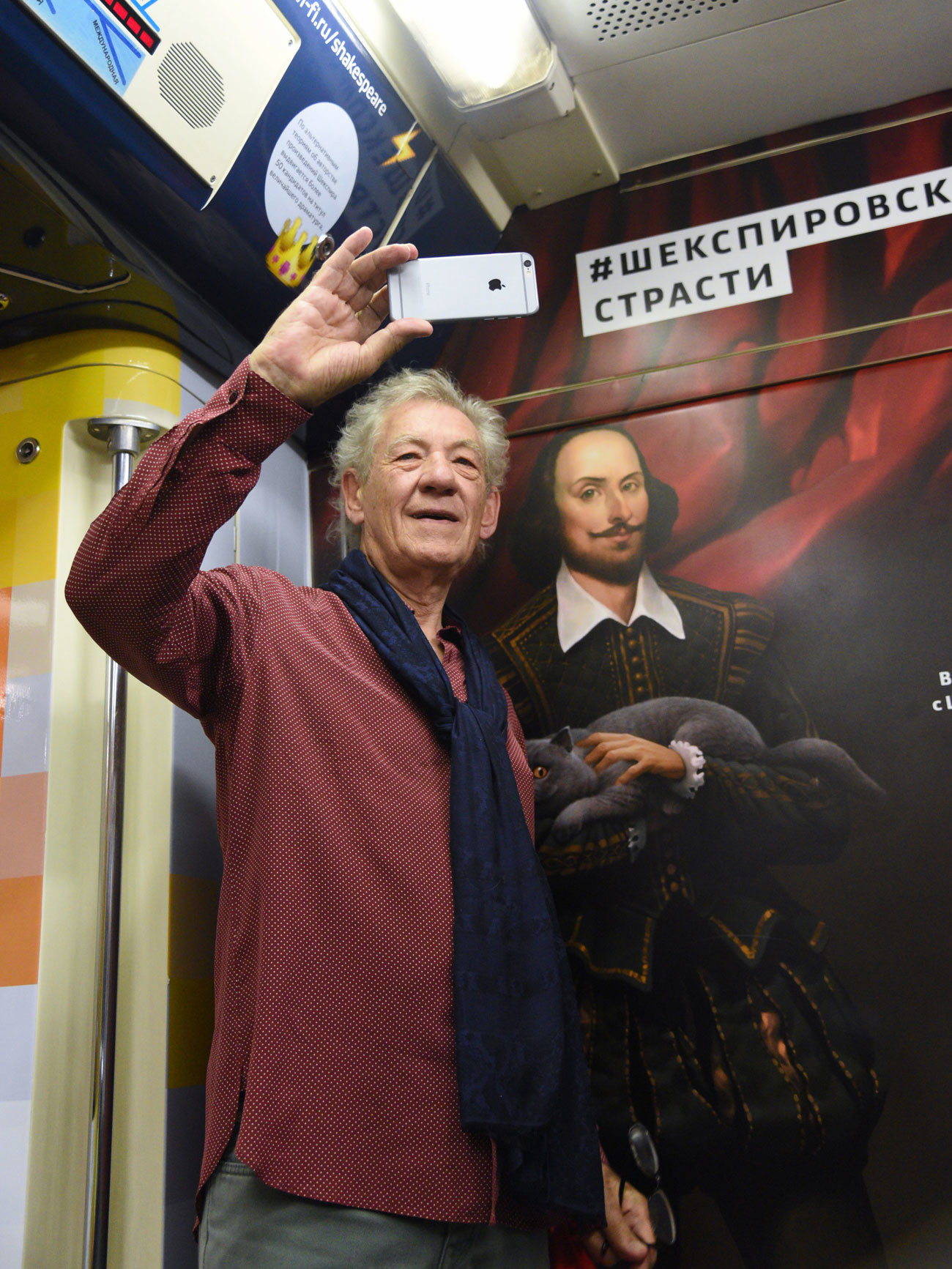 In The Winter’s Tale, Hermione, the virtuous and beautiful Queen of Sicilia, who is falsely accused of infidelity by her husband Leontes, made these remarks when charged with adultery and treason:

“The Emperor of Russia was my father:
O that he were alive, and here beholding
His daughter’s trial! that he did but see
The flatness of my misery, yet with eyes
Of pity, not revenge.” 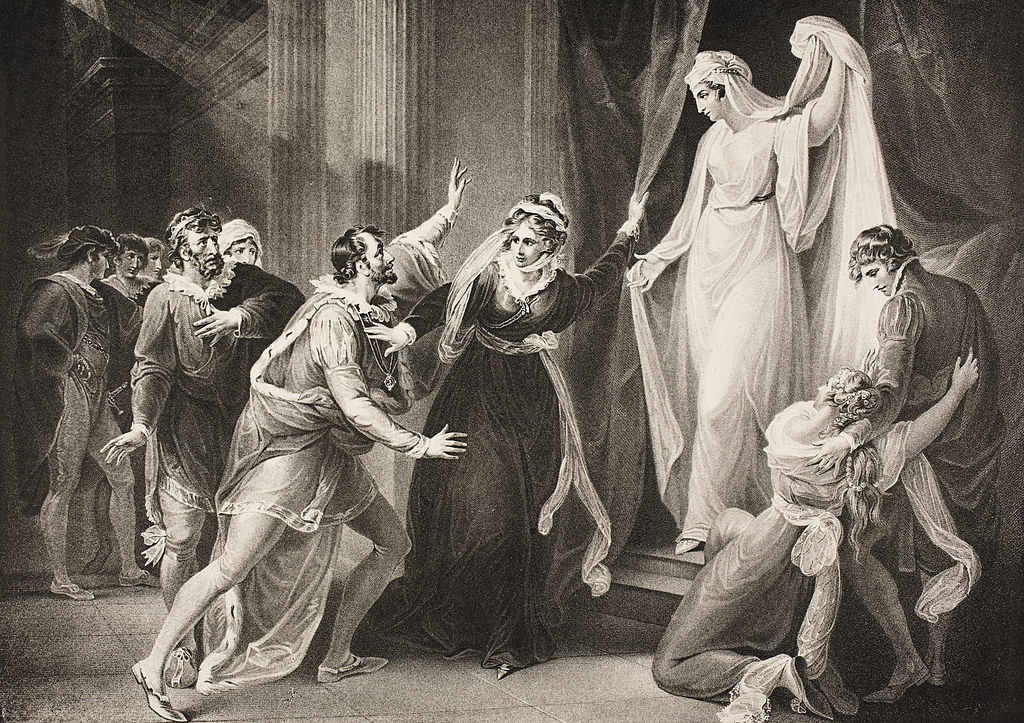 This reference to the Emperor of Russia in a play that was written in 1610 has puzzled scholars studying the works of Shakespeare.

“Hermione seems to be the only Russian character in Shakespeare, and perhaps on this account, she is made of sterner stuff than many of his other heroines,” J. M. Draper wrote in an article for The Slavonic and East European Review in December 1954. “She threatens, albeit in jest, to keep her guest Polixenes a prisoner; she will not weep or let her ladies weep when she is sent to prison, and she pleads her cause as a ‘great king’s daughter’ preferring death to dishonour.”  Draper added, however, that there was no characteristic “unmistakably Muscovite” about her.

In the 1995 autumn issue of the Shakespeare Quarterly, Daryl Palmer wrote that by evoking a Russian ruler, Shakespeare “encourages his audience to undertake a fleeting albeit bracing ‘passage from one sign system to another’, from English questions on kingship to Russian queries on the same theme.”

Shakespeare’s Russian references go beyond people and extend to two animals that are symbols of Russia – bears and sables. In Hamlet, the Prince of Denmark tells Ophelia:

“Nay, then, let the devil wear black, for I’ll have a suit of sables.”

The play was set in Denmark, but it was through the country’s waters that sable furs reached Britain from Russia.

There are references to the Russian bear in Macbeth and Henry V.  The Duke of Orleans mentions the bear in the third act of Henry V, when he tells Rambures:

“Foolish curs, that run winking into the mouth of a
Russian bear and have their heads crushed like
rotten apples! You may as well say, that’s a
valiant flea that dare eat his breakfast on the lip of a lion.” 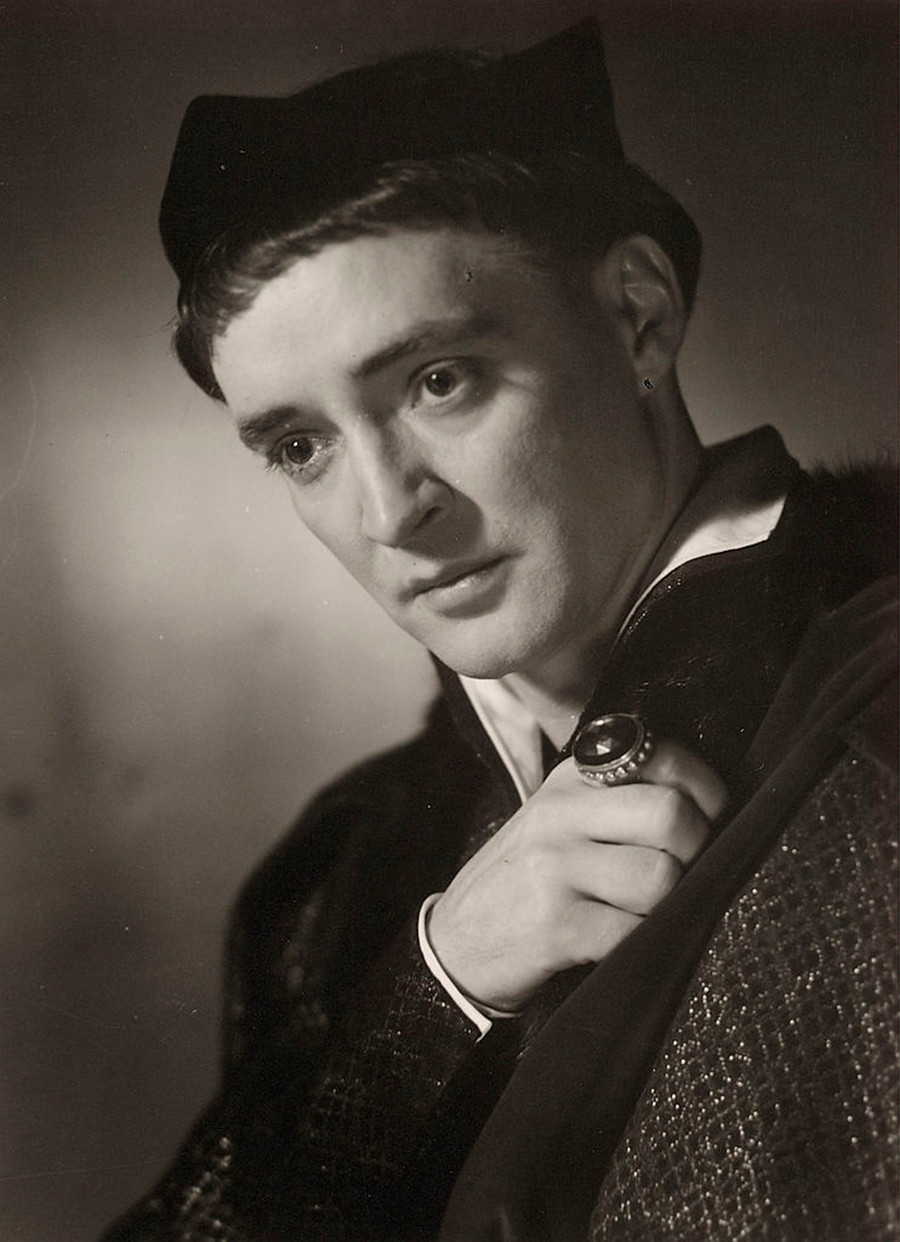 Orleans was responding to a statement about the valiant creatures of England and how their hounds were of “unmatchable courage”.

Macbeth talks about Russian bears when he is approached by Banquo’s ghost.

“What man dare, I dare.
Approach thou like the rugged Russian bear,
The armed rhinoceros, or th' Hyrcan tiger;
Take any shape but that, and my firm nerves
Shall never tremble.”

In Love’s Labour Lost, the King of Navarre and his companions Berowne, Dumaine and Longaville dress as Muscovites or Russians in disguise to court their respective ladies, led by the Princess of France. On hearing about these plans from her attendant Boyet, the princess and her companions trick the men by dressing themselves as each other.

After this comical scene is over and the lords return as themselves, the ladies start taunting them. When the King of Navarre expresses shame over the Princess of France being “unseen and unvisited”, she replies that “a mess of Russians” had just left. She mocks them further by calling them “trim gallants, full of courtship and of state”. 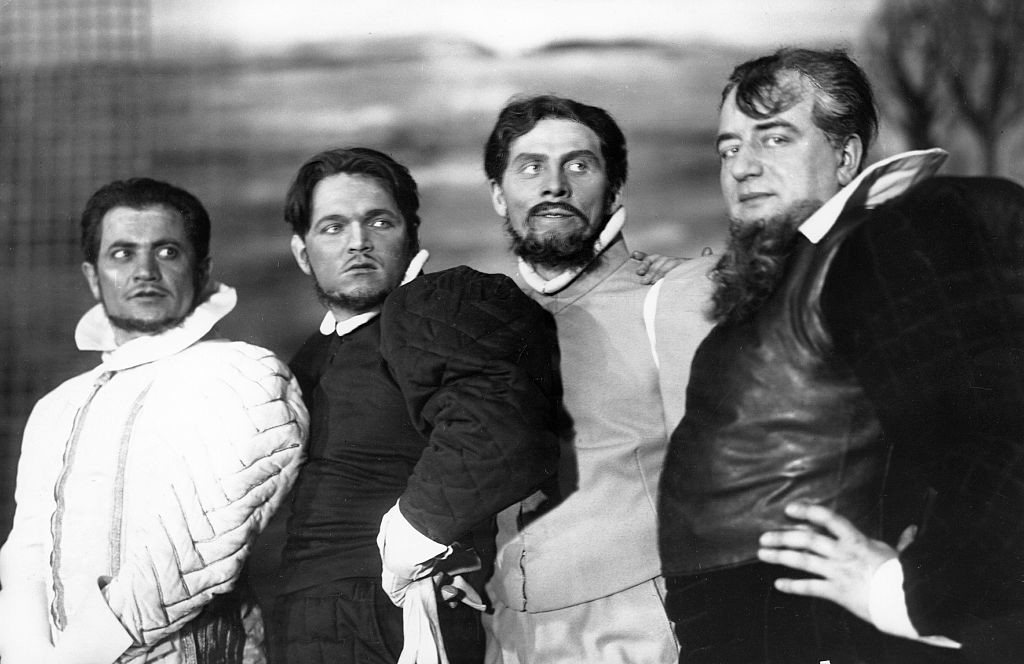 The princess’s companion Rosaline takes it a step further:

“Madam, speak true. It is not so, my lord
My lady (to the manner of the days)
In courtesy gives undeserving praise.
We four indeed confronted were with four
In Russian habit; here they stay’d an hour,
And talk’d apace; and in that hour, my lord,
They did not bless us with one happy word.
I dare not call them fools; but this I think,
When they are thirsty, fools would fain have drink.”

The women reveal they weren’t fooled by the costumes and the king, to avoid further humiliation, confesses that he was dressed as a Russian.

The costumes worn by the Muscovites in disguise would have seemed hilarious to an Elizabethan-era English audience. “Shakespeare drew his conceptions of costumes from the apparel of Muscovite diplomats and merchants whom he saw in London,” according to J.M. Draper. “The artificial style of dress then in vogue in Western Europe would certainly make the long cloaks or caftans of these foreigners seem ‘shapeless’, and the fact that some of these garments were on loan from the imperial wardrobe would not improve their fit.”

It also appears that comments on the “Russian habit” and behavioural tendencies of Russians were based on second person accounts or some personal observations of the diplomats and merchants that Shakespeare would have seen in London at that time.

A few other William Shakespeare plays, such as Measure for Measure make a small reference to Russia. Like Persia and India, Russia was seen as an exotic land full of mysteries in Elizabethan England. As someone who did not travel outside of Britain, the bard relied on popular knowledge and literature from a time when the British knew precious little about the country that would turn into a rival empire a few centuries later.