Blast from the past: Lady Gaga pays homage to Soviet visionary Parajanov 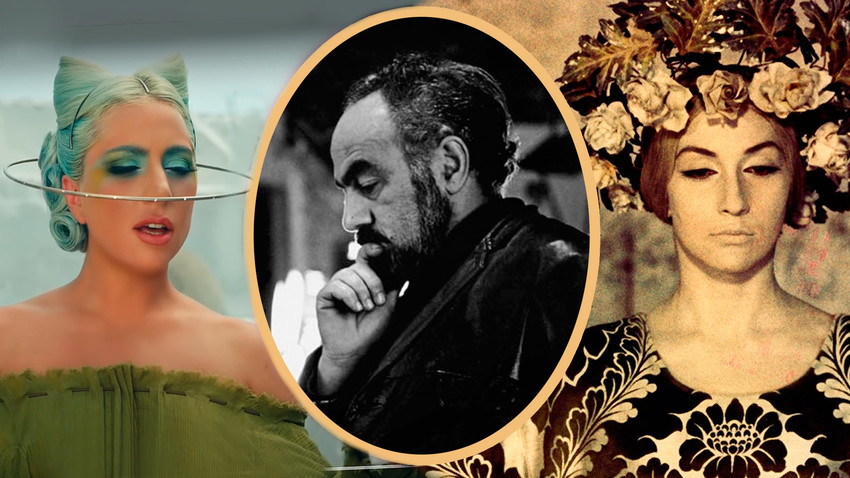 One of the most underestimated Soviet filmmakers was a true visionary and genius revered by international film scholars for his fierce sense of beauty and ethereal quality of imagery.

Magic, mystery, myth and metamorphosis – these words come to mind when Sergei Parajanov’s name is mentioned. But also suffering, devastation, doom and drama.

Numerous artists from across the globe have acknowledged Parajanov’s influence on their work, ​including Indian filmmaker Tarsem Singh, who directed the latest video for Lady Gaga’s single ‘911’. The nearly 5-minute long clip is a condensed recreation of Parajanov’s best-known movie, The Color of Pomegranates.

“This short film is very personal to me, my experience with mental health and the way reality and dreams can interconnect to form heroes within us and all around us,” the Oscar-winning star wrote in her Instagram post.

Parajanov had a perfect artistic taste and had indeed a rare ability to make his personal surreal dreams come true on screen, creating a balance of sound, light and color in every frame. He was friends with Andrei Tarkovsky, Vladimir Mayakovsky’s lover Lilya Brik, Federico Fellini and Michelangelo Antonioni, who praised him for his unique cinematic language. “In the temple of cinema there are images, light and reality. Sergei Parajanov was the master of that temple,” Jean Luc Godard, the leading light of the French New Wave, said.

Genius in the making

Parajanov was born in Georgia to Armenian parents, and grew up in its multinational capital, Tbilisi, before moving to Moscow to study cinema. After graduating from VGIK film school, Parajanov headed to Ukraine’s Kiev, where he created his first masterpiece, Shadows of our Forgotten Ancestors in 1963. The movie catapulted Parajanov to worldwide fame, collecting 28 awards in 21 countries. But for the Soviet authorities, the unconventional director was officially deemed a person “hostile to Soviet reality” and blacklisted for his support of Ukrainian dissidents. 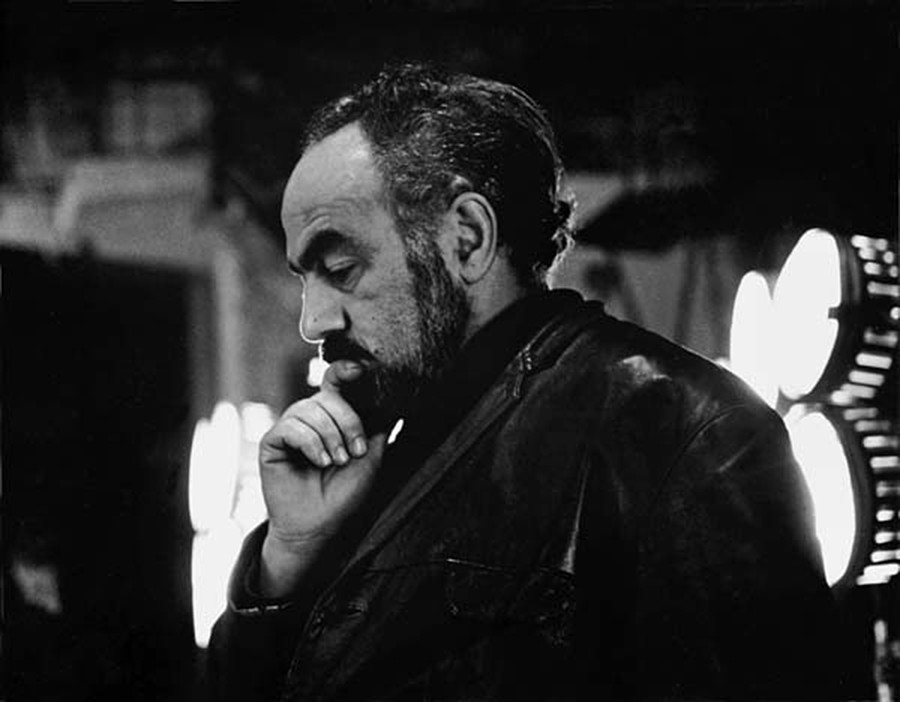 Parajanov worked in Ukraine, Armenia, Georgia and Azerbaijan, juxtaposing the cultures, traditions and myths of these countries in his signature movies. The problem was, wherever he went, Parajanov wouldn’t conform to type, failed to think inside the box and was hounded at every turn by Soviet censors as a wicked subversive, who deliberately swam against the “socialist current.” Sergei said what he wanted about Soviet authorities at a time when freedom of speech was unheard of. For Parajanov was, like all real geniuses, a bold and daring man. This was probably his most serious crime, but the arm of the Soviet law was long enough to punish a good many free-thinking individuals.

Being silenced by the critics

The easiest way to silence Parajanov was to incarcerate him for his bisexuality, which he never hid (and yet, homosexual acts were illegal in the USSR). The artist was arrested three times, under the three Soviet leaders -- Stalin, Brezhnev and Andropov.

His sentence in 1974 triggered a wave of international protests, with A-list European filmmakers, such as Francois Truffaut, Louis Bunuel and Pier Paolo Pasolini, throwing their weight behind the Soviet artist, urging authorities to free him. In the long run, at the initiative of Lilya Brik, prominent French communist poet Louis Aragon personally petitioned Leonid Brezhnev, who finally released Parajanov in 1977. 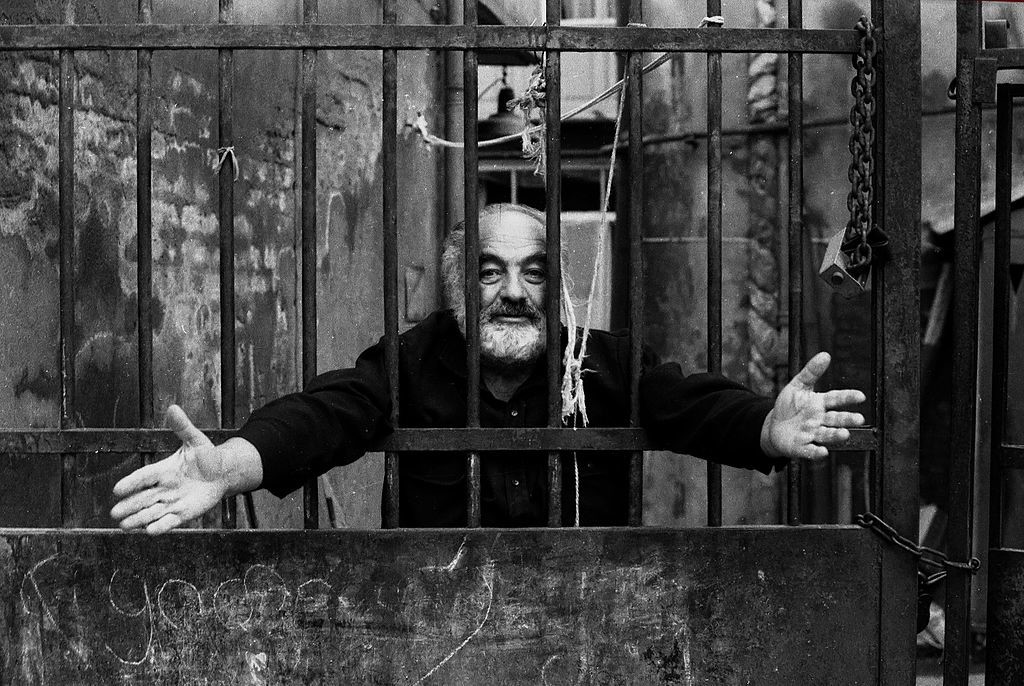 Parajanov was suspended from cinema as punishment, unable to make movies for 15 years. He had spent several years of his life in high-security prisons and labor camps in Ukraine and Georgia, where the artist was beaten, and even attempted suicide in the first year of his term. Parajanov wrote letters to his family members and famous friends, including Andrei Tarkovsky, never giving up his creative activities. He also painted, made collages, puppets and hats in prison.

According to Andrei Tarkovsky, Parajanov was living proof that “if you really want to be free, you should be free to do so”, even in the Soviet Union.

“Cinema is the art of flashes,” Parajanov believed. In 1966, the 42-year-old director was invited to Armenia, where he shot his major movie, Sayat-Nova, better known as The Color of Pomegranates. It’s an 80-minute journey into Armenian culture through the story of an 18th Century troubadour named Sayat-Nova. His mesmerizing songs are  sung in Armenian, Azerbaijani, Georgian and Persian.

Full of allegories and dreams, The Color of Pomegranates is a delicate marriage of poetry, folklore and cinema. Parajanov blended images and sounds to create what is hard to describe. It’s a feast for the eyes. The film’s flamboyant folklore and explosive style ran counter to the cannons of socialist realism that dominated the Soviet cinema, prompting censors to ban its distribution.

Parajanov always said he had three motherlands: “I was born in Georgia, worked in Ukraine and will die in Armenia.” That prediction came true in 1990. Parajanov passed away in Yerevan after battling lung cancer.