8 Soviet films in which you can glimpse old Moscow 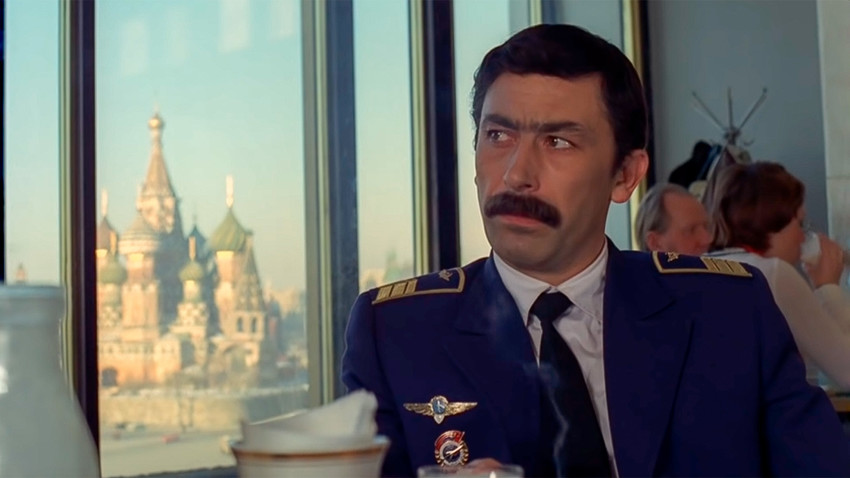 George Danelia / Mosfilm, 1977
The capital as seen here no longer exists. But these movies have immortalized the best of the old city, from its architecture to its unique atmosphere. 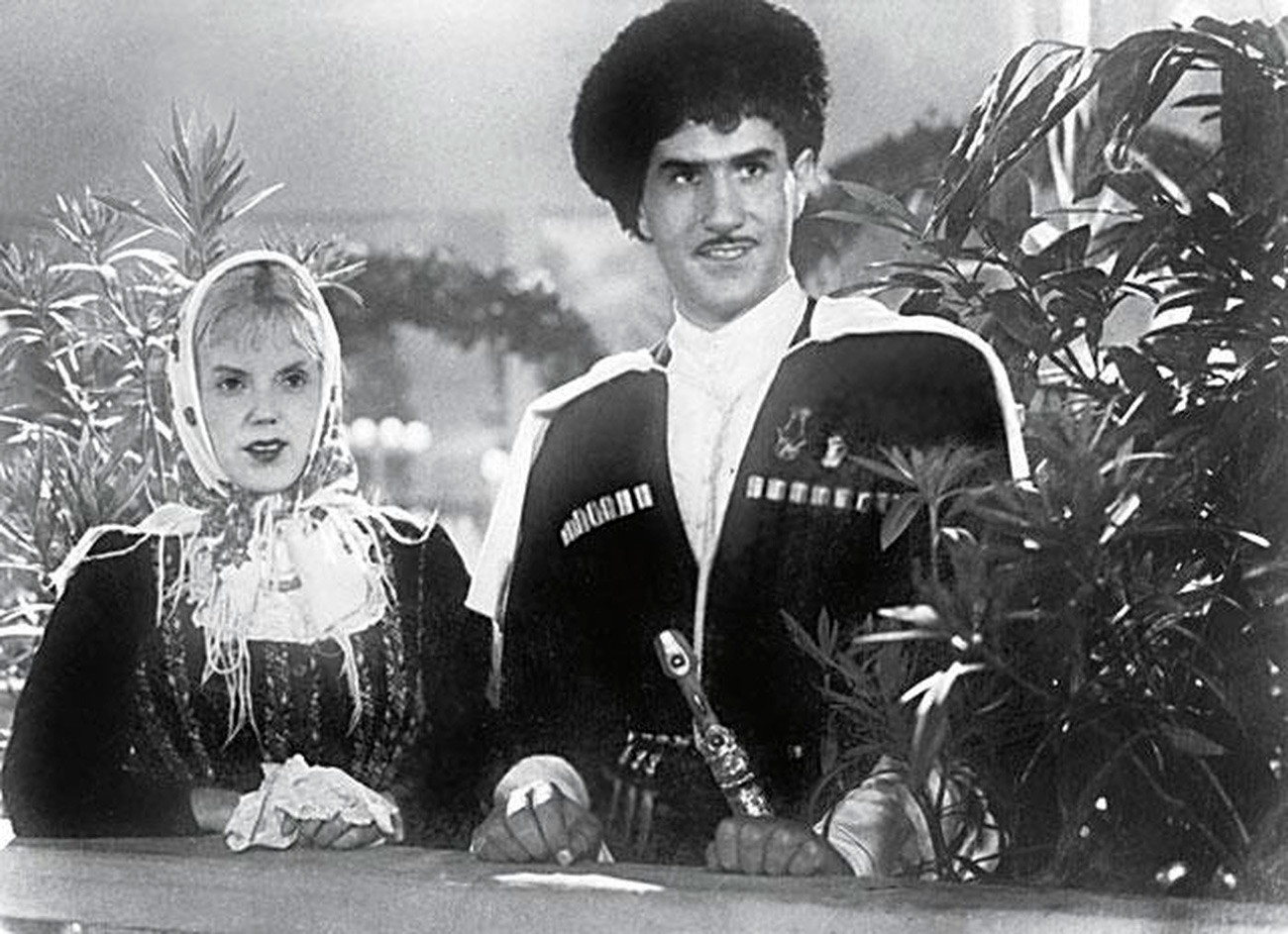 "They Met in Moscow"

Ivan Pyryev finished filming this comedy while the thunder of bursting shells of World War II was already filling the air. Nevertheless, all you see on screen are bright plans for the future, a love story, and Stalinist Moscow being built at top speed.

According to the plot, merited worker Glasha from a remote Russian province and shepherd Musaib from a mountain village come to the All-Union Agricultural Exhibition - later renamed VDNKh - and fall in love. They agree to meet at the same spot in a year's time, but things don't go according to plan… 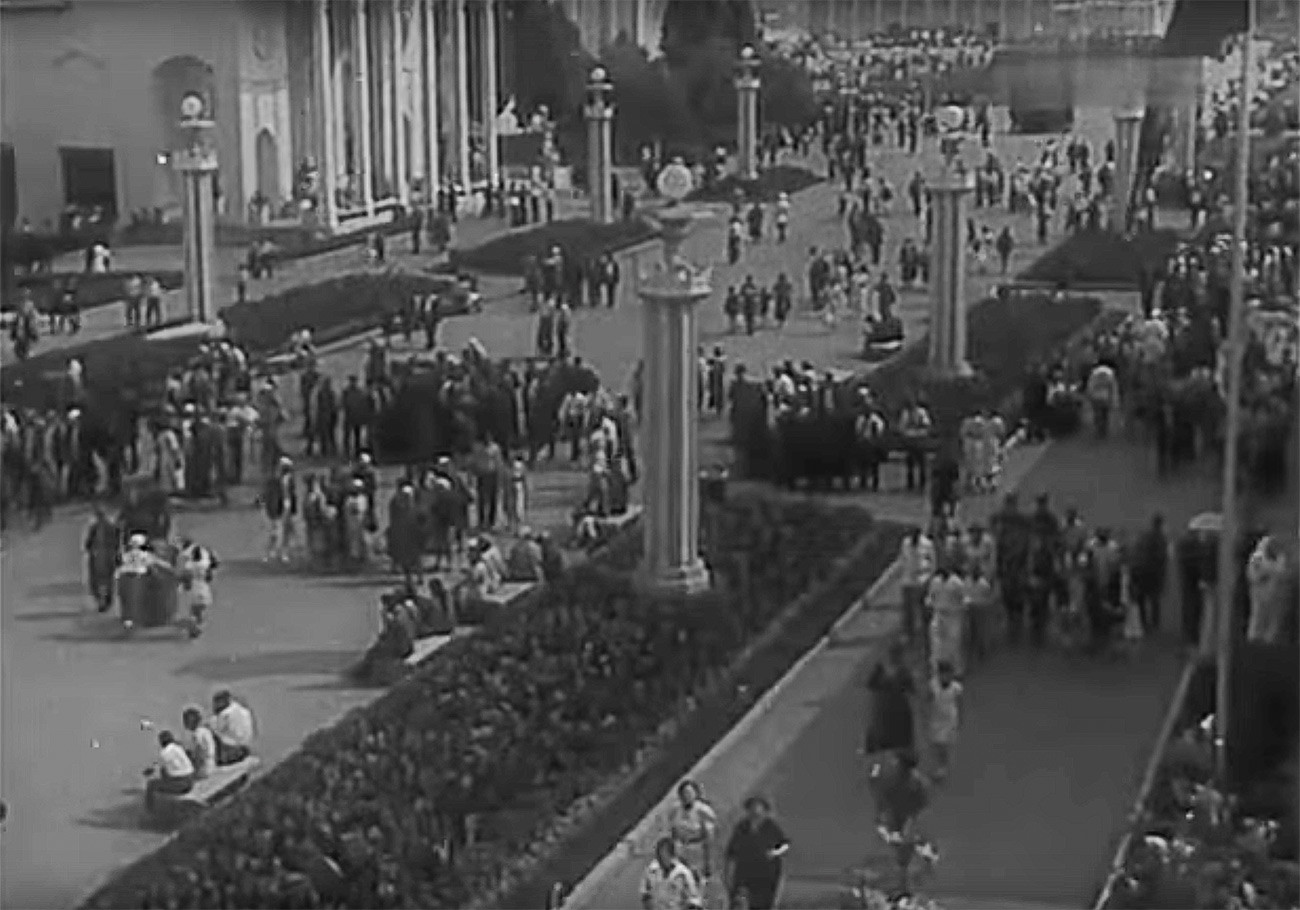 Pyryev was awarded a Stalin Prize for the film - again and again he includes shots of statues and reliefs of the Great Leader, and glorifies his architectural transformations. But in the 1960s, as part of the campaign against Stalin's cult of personality, the film was edited - for example, the scenes with Stalin's statue at VDNKh were cut. Still, it is all a curious example of how Stalinist megalomania was instilled. 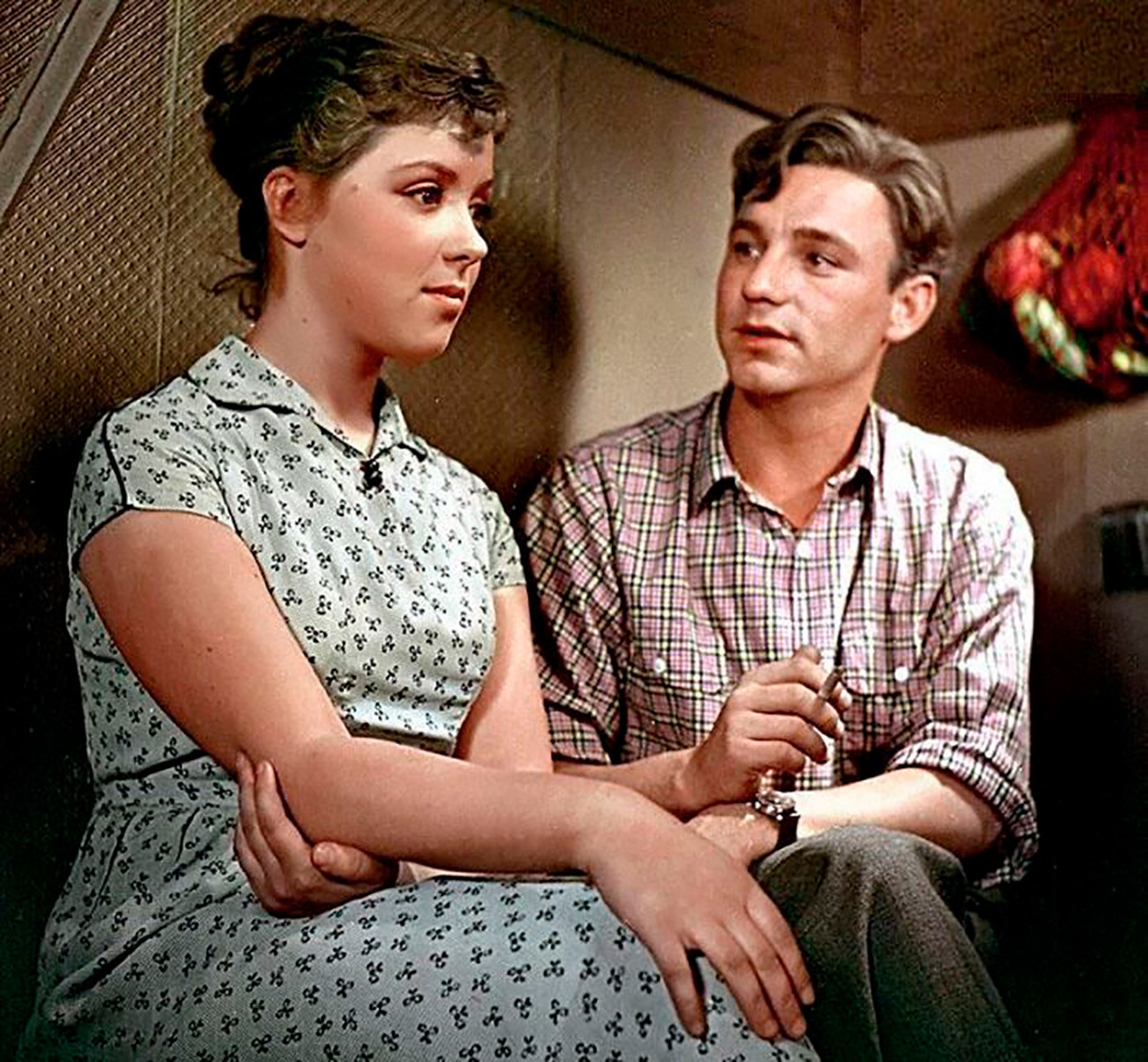 "The Girl Without an Address"

A classic romantic comedy directed by Eldar Ryazanov, who was also behind the Russians' enduring New Year favorite, The Irony of Fate. On a train heading for Moscow, construction worker Pashka meets provincial girl Katya. The young woman is heading to the capital in the hope of becoming an actress. But in the hustle and bustle of the railway station he can only make out the first few letters of her address when she tells him. This, of course, doesn't stop Pashka - he is determined to find her in the huge metropolis. 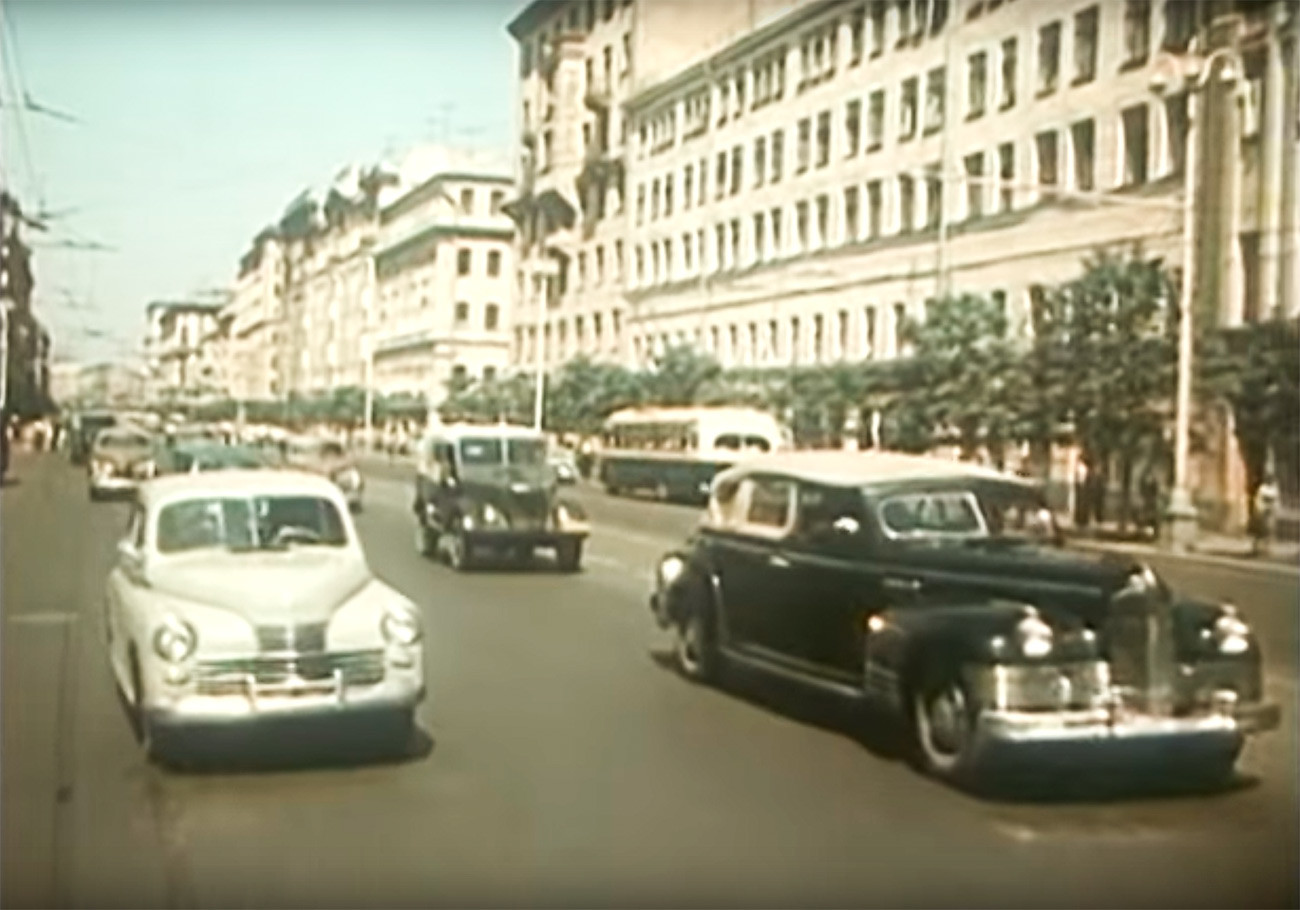 The search takes the lovesick hero to the most picturesque corners of Moscow - the spacious main thoroughfare, Tverskaya Street, as well as Novokuznetskaya Street and Kuznetsky Bridge, Bolshoy Karetny Lane, Staraya Square and, of course, Tryokh Vokzalov Square [Square of Three Railway Stations]. The movie, when it came out in 1958, was seen by 36.5 million people. 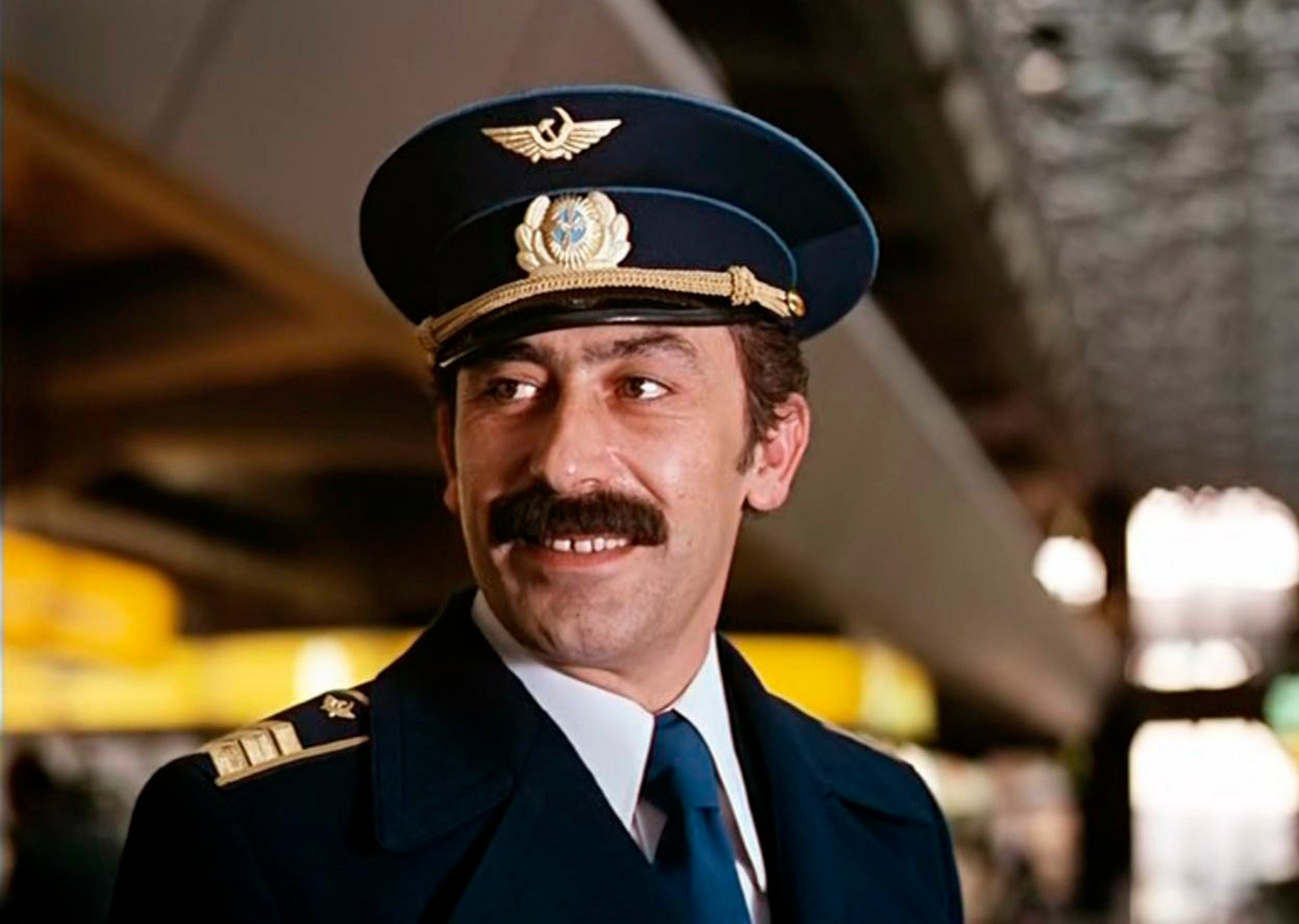 Georgiy Daneliya immortalized the Soviet-era Rossiya Hotel (nowadays Zaryadye Park stands on its site) by shooting the legendary film's Moscow scenes in it. This tragicomedy  revolves around helicopter pilot Valiko Mizandari nicknamed Mimino. One day at Tbilisi airport he sees a beautiful stewardess and decides to follow her to Moscow with the dream of piloting large airliners. 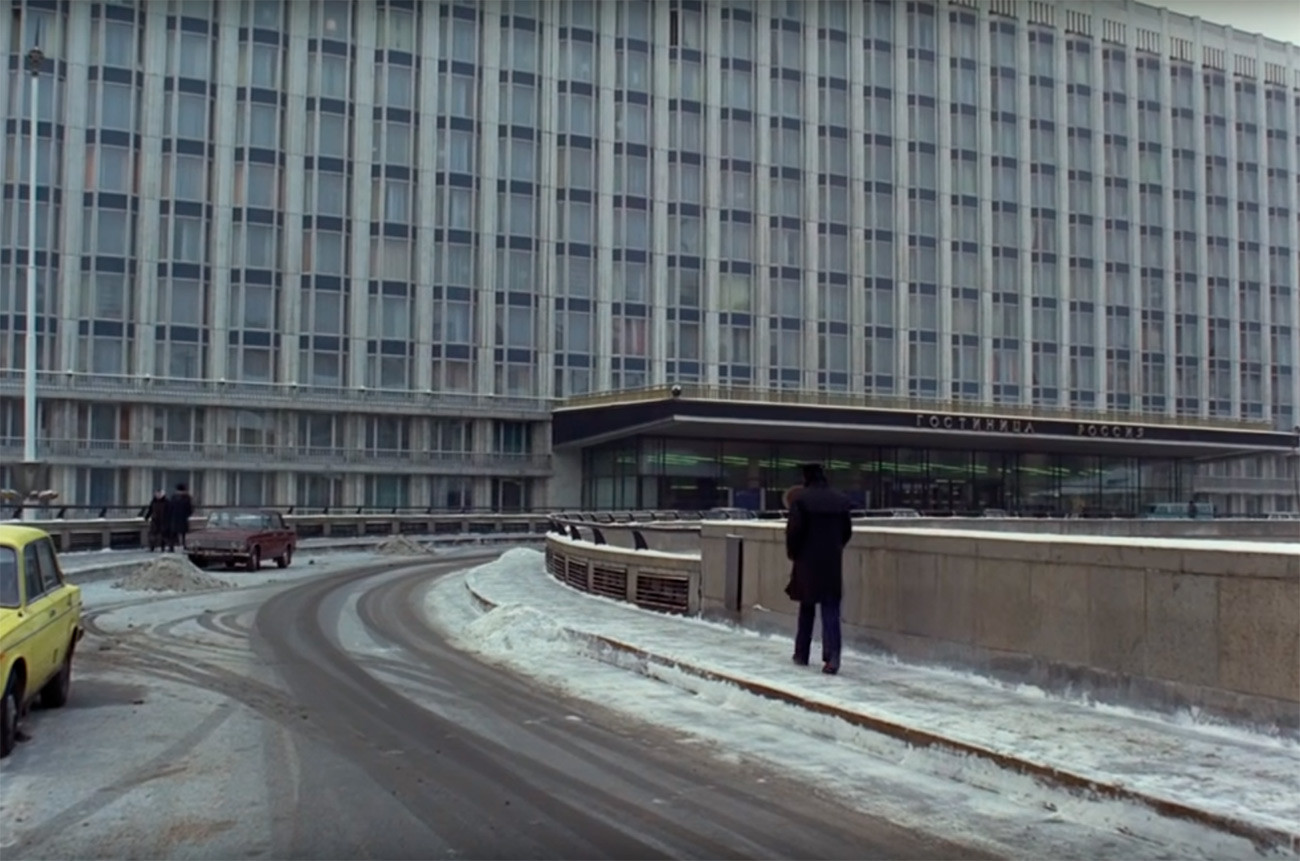 That is how he ends up in the Rossiya Hotel, a symbol of Soviet-era Moscow. Wandering along its corridors and through its rooms, banqueting hall and restaurant overlooking the Kremlin, the young man gets into predicaments both funny and sad. In the 1960s, it was the biggest hotel in the world and an integral part of the city center. 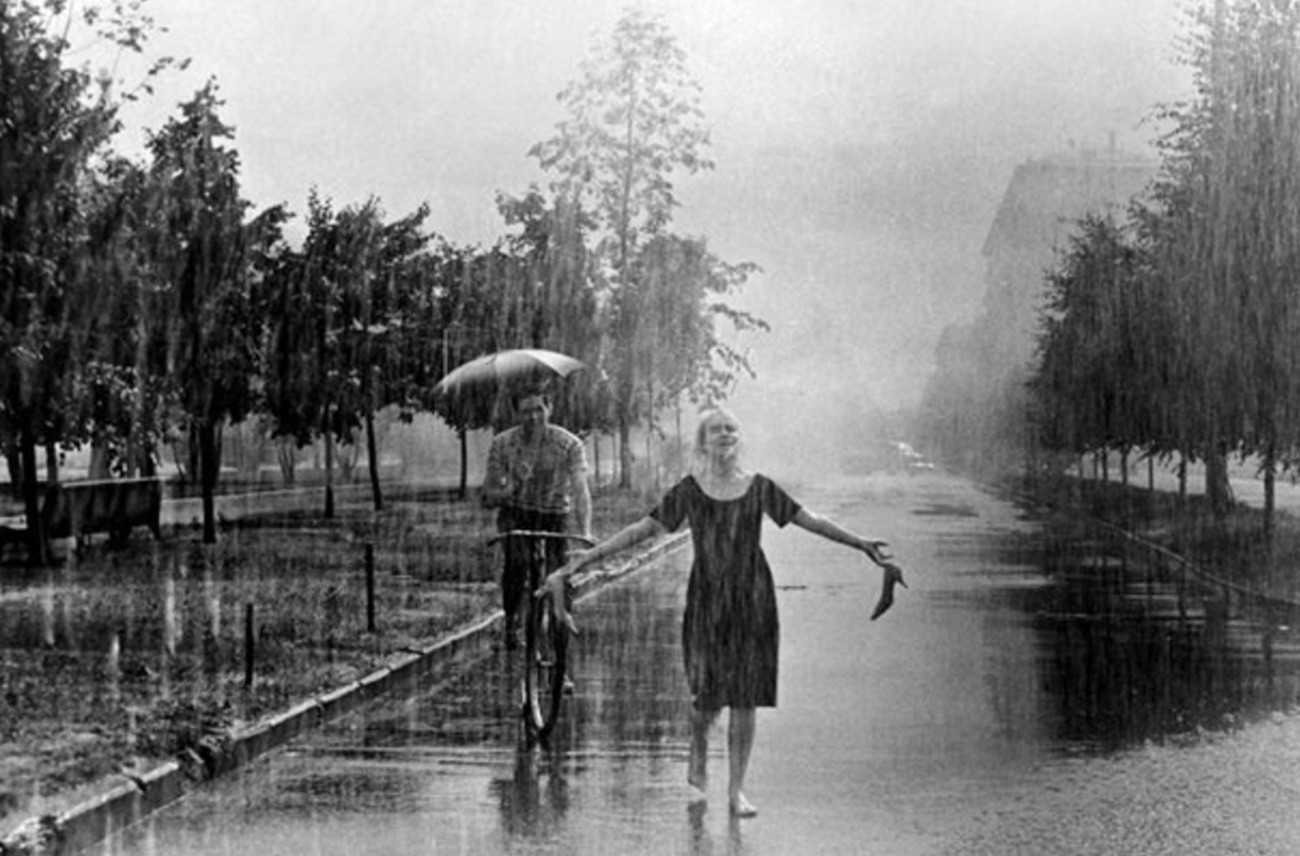 "Walking the Streets of Moscow"

A melodrama also directed by Georgiy Daneliya tells the story of Volodya, a young man from Siberia, who flies to Moscow to meet a distinguished author.

The movie was shown in many countries and after its screening in Milan, Italian newspaper Il Giorno described the film as “light, intelligent and full of real, not artificial, optimism”.

Panoramic views of the river embankments, the Moscow Metro, the Foreign Ministry building and Gorky Park, with its iconic scene of a young girl walking barefoot in the rain - you'll find it all in Walking the Streets of Moscow. Nowadays, the film is described as a masterly cinematic portrayal of city life that manages visually to capture even the smells of the city. 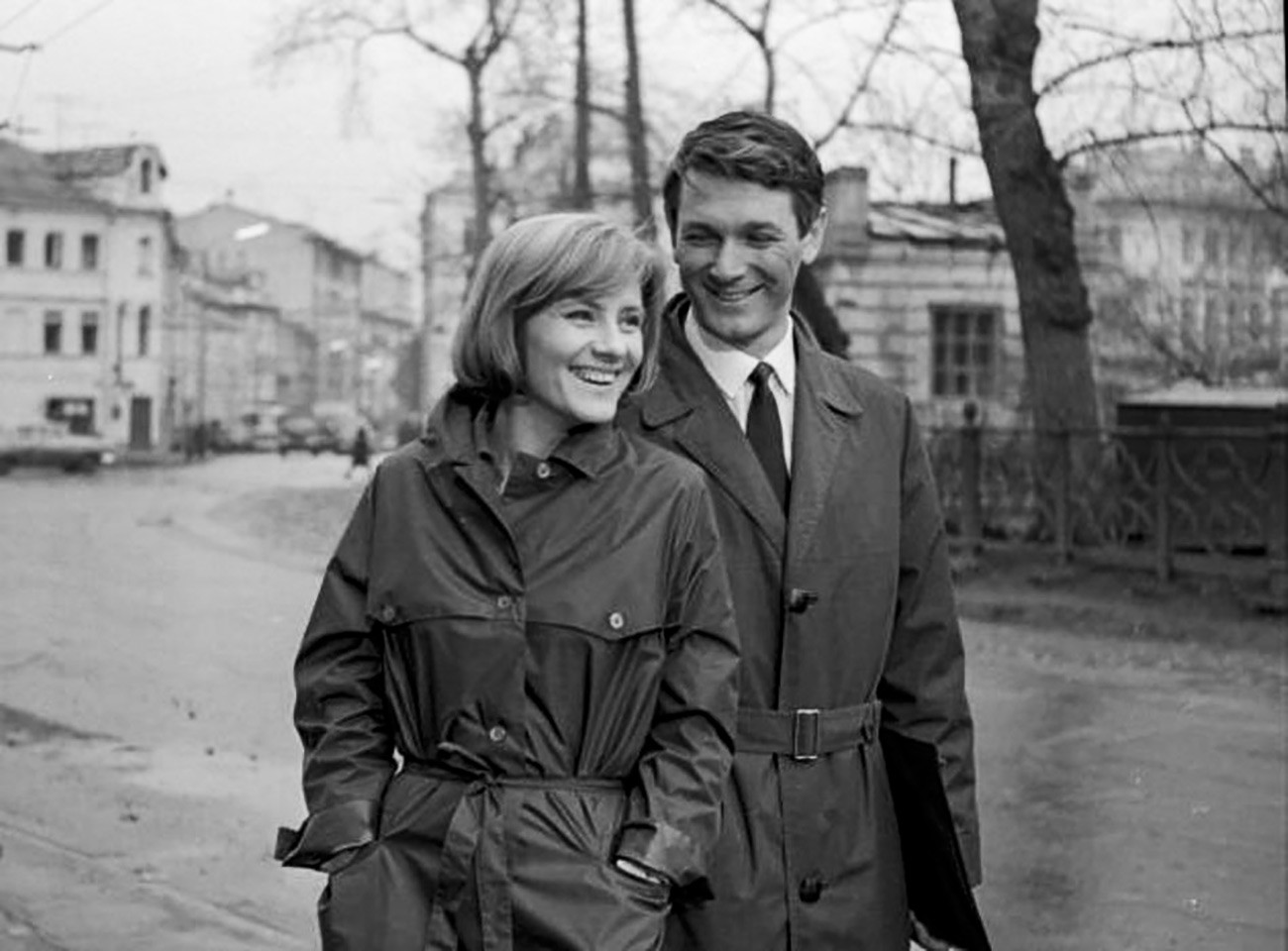 Marlen Khutsiev's film, made at the tail end of the Khrushchev Thaw, tells the story of engineer Lena and young scientist Volodya, on the threshold of their 30th birthdays, who are trying to work out what they really want from life. A stable job and marriage no longer seem a benchmark of a life well lived to them.

This drama about mid-life crises is considered one of the finest films of the 1960s. Moscow, washed by the July rain, is not just a setting for the movie, but a protagonist in its own right. Cityscapes fill the space between the hero and heroine as they drift further and further from each other.

But at the same time, the Moscow of the film is not a gloomy place; it is quite a romantic city and a metaphor for change and a bright future. Khutsiev's film, reminiscent in the style of the French New Wave, is often described as a mirror of the Khrushchev Thaw era. 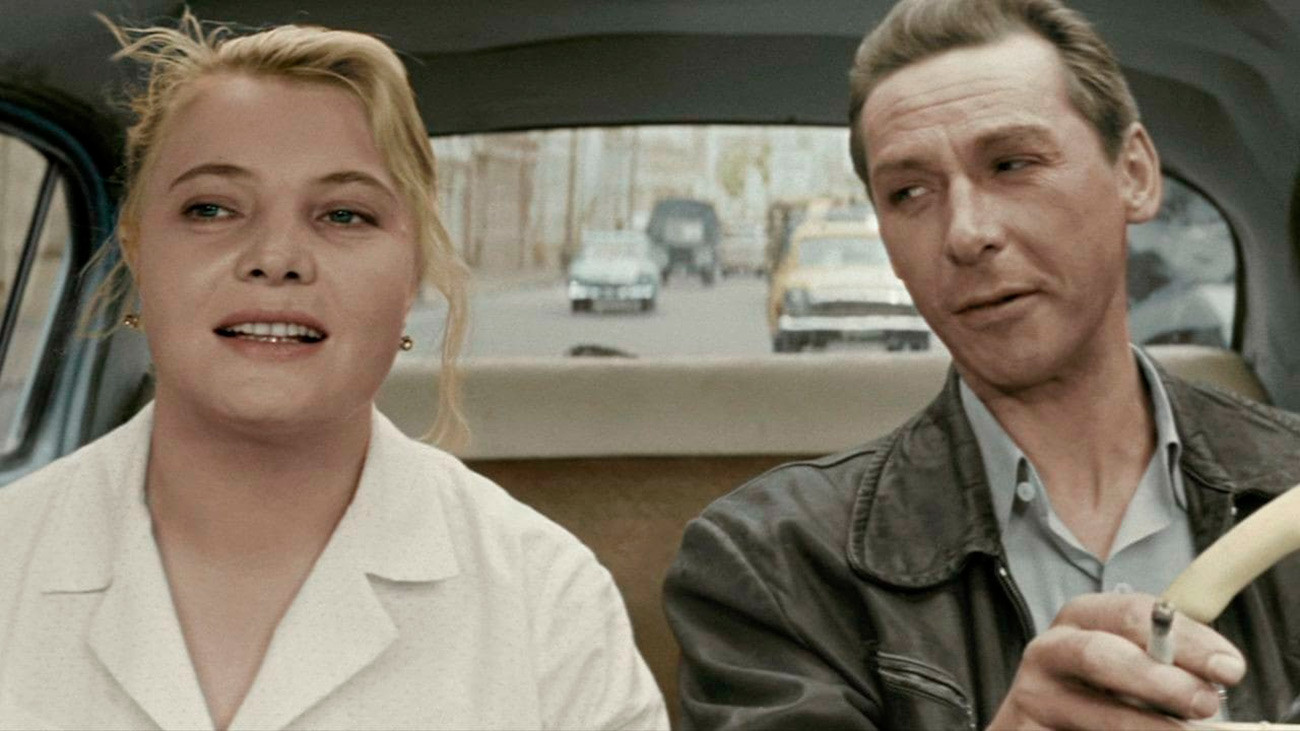 Another story about a provincial woman who arrives in the capital. Nyura, a mother of two, comes to Moscow to sell ham and the first person she meets is an educated taxi driver. The chance encounter turns into a profound re-examination of life and of plans for the future.

Tatyana Lioznova's melodrama has many picture-postcard views of Moscow.

It starts with a morning panorama of the city, followed by views of the promenade near Gorky Park, Krymsky Bridge, Frunzenskaya Embankment, Lubyanka Square and the Children's World department store. And somewhere in the background the once iconic Intourist Hotel is being built. 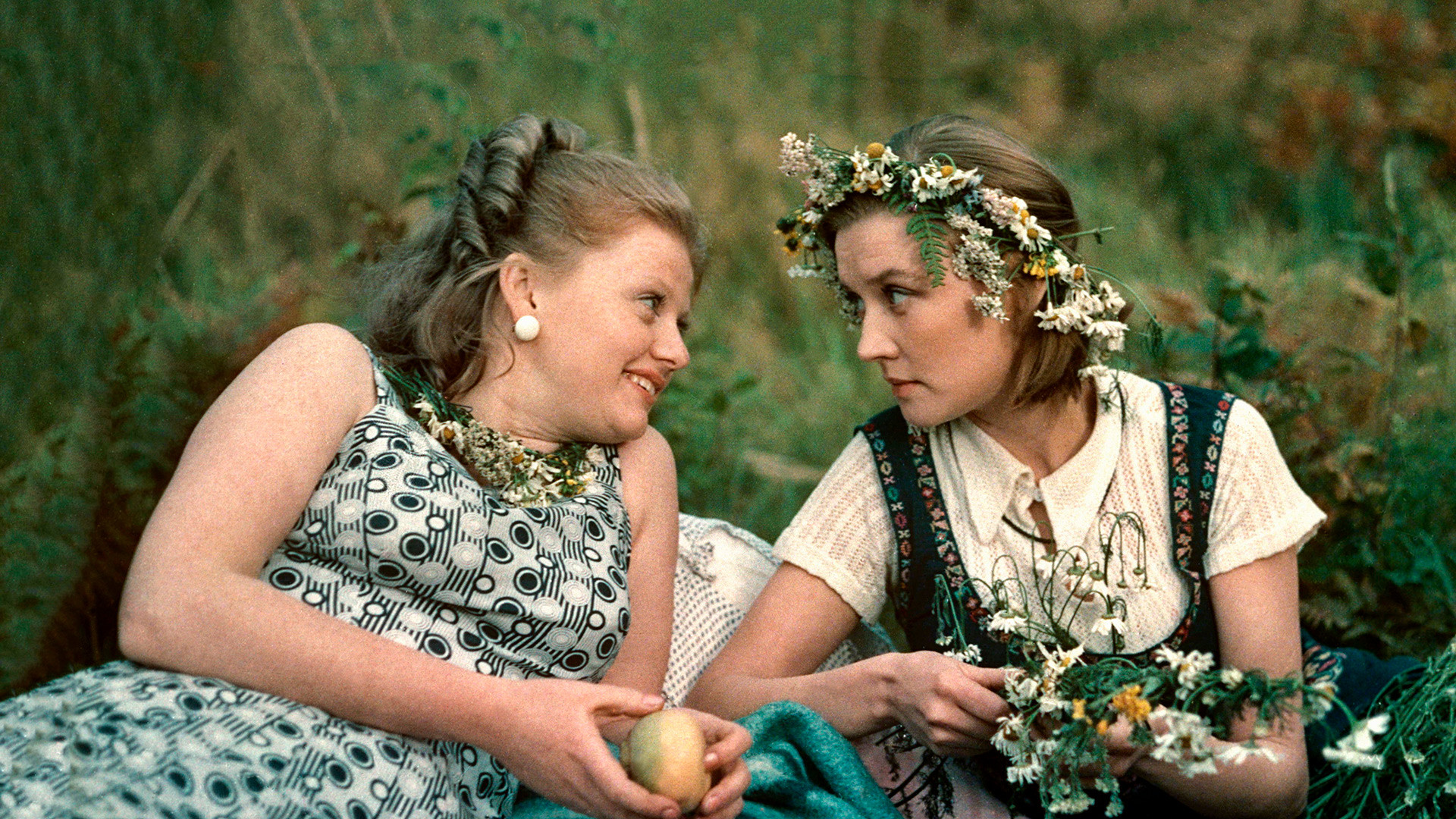 "Moscow Does Not Believe in Tears"

Three girls from the provinces come to Moscow in search of love, happiness and prosperity. But they don't find it all straightaway. Their problems start when two of them decide to pretend they are the daughters of a professor who lives in an exclusive Stalinist highrise.

This is the most famous and sweetest fairytale about Moscow in the 1950s. The capital city here is cosy and intimate with its charming boulevards, decorative shop windows on Tverskaya Street at night, poetry readings by the monument to Vladimir Mayakovsky and, of course, the legendary Stalinist skyscrapers. 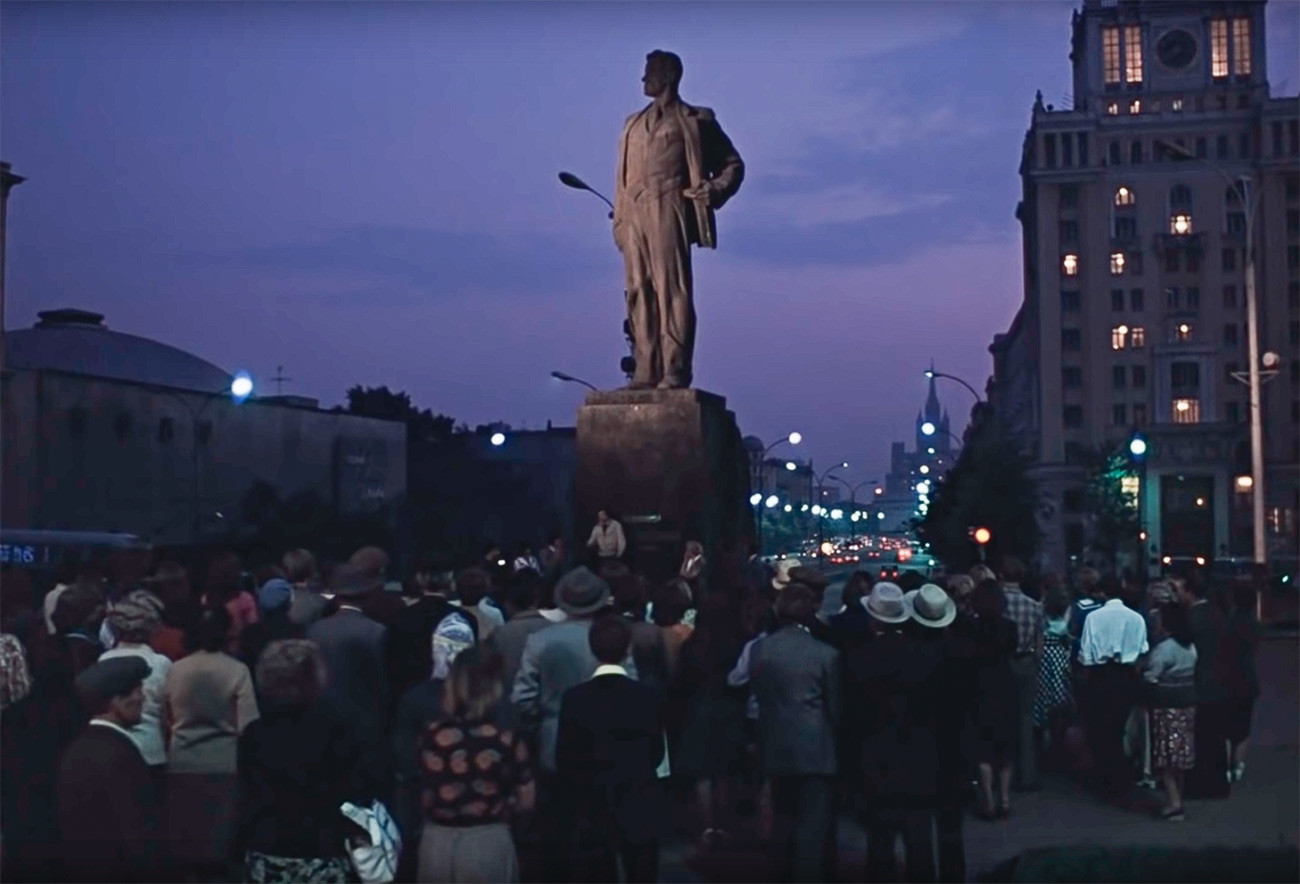 In 1981, Vladimir Menshov's film was awarded an Oscar for best foreign language film. It is still very popular in Russia. 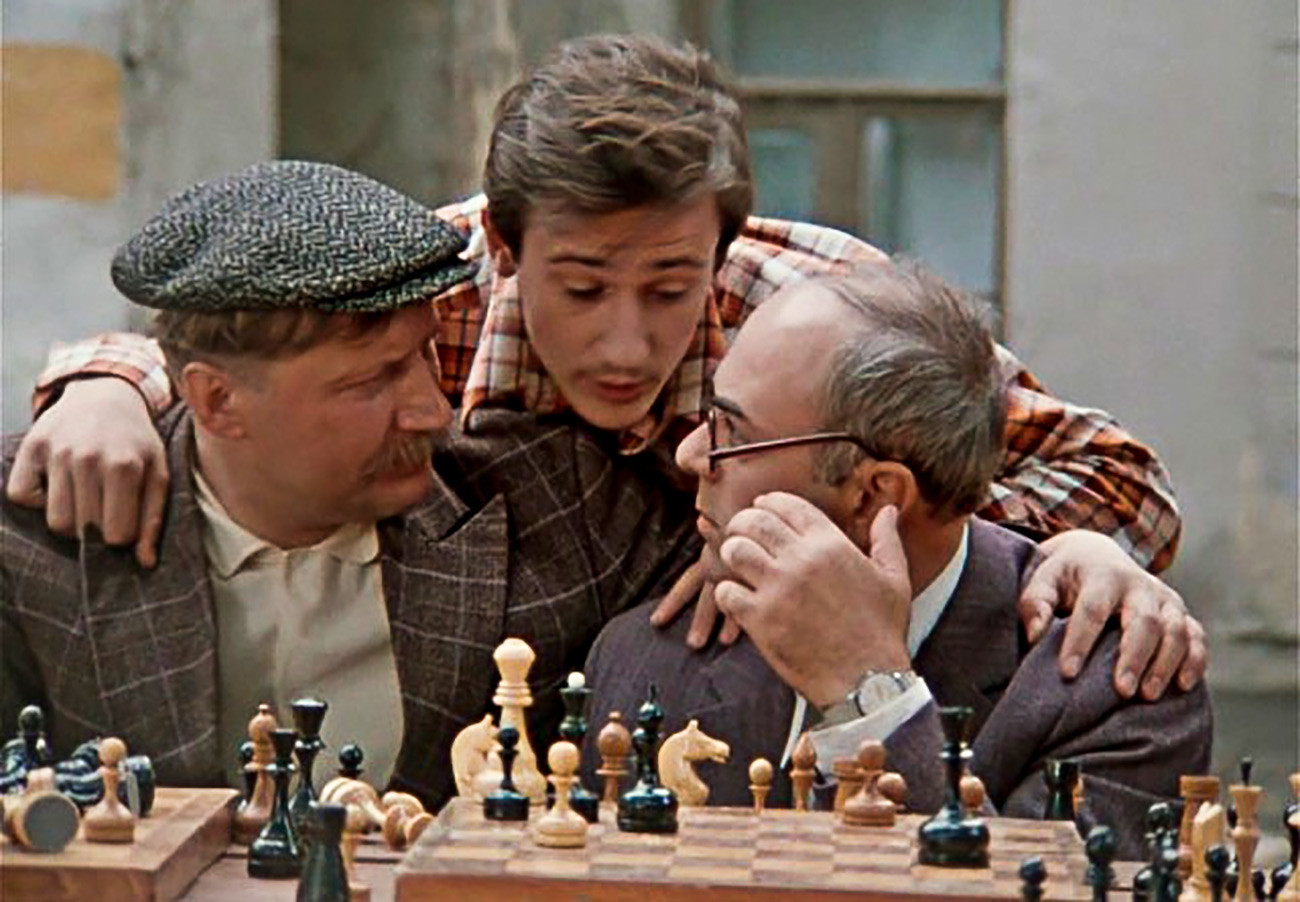 This film is full of nostalgia for the Moscow of the 1950s. The main character, Kostik Romin, associates the Moscow of that period with his youth, and recollects both as he watches the demolition of an old building by the Pokrovsky Gate. The building had once housed the communal flat in which he had lived when he first arrived in the capital. 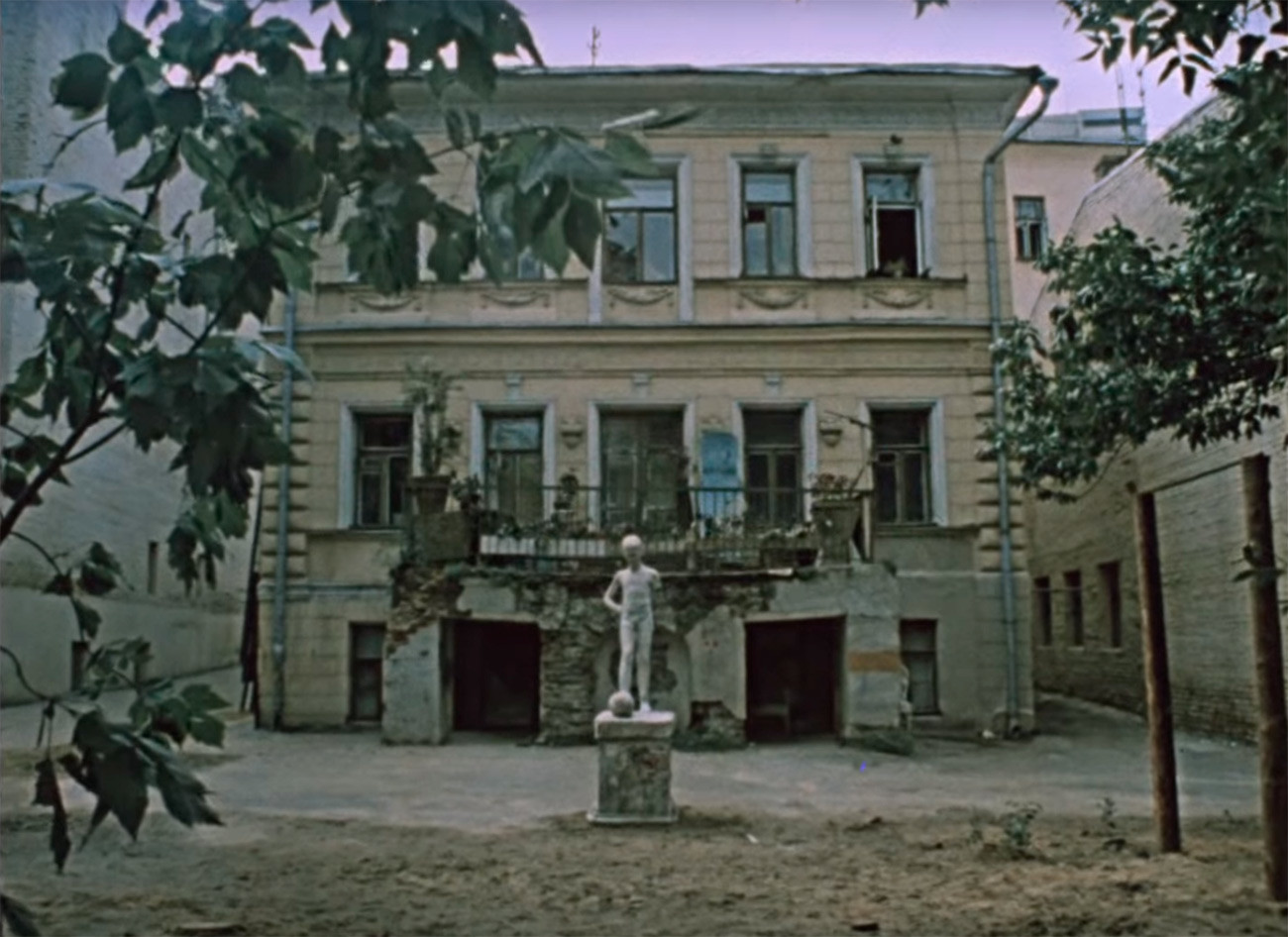 Director Mikhail Kozakov deliberately romanticizes the atmosphere of communal flats - noisy as a beehive and full of amusing goings-on - and also reconstructs the “neighbourhood culture” of Moscow. Almost the whole of the capital passes across the screen, including Solyanka Street, the main building of Moscow University, Pashkov House, suburban highrises and the Kremlin.

A curious fact: House No. 10 on Nashchokinsky Lane, which sparks the protagonist’s sense of nostalgia, has not been demolished to this day, although it has been to a large extent rebuilt.