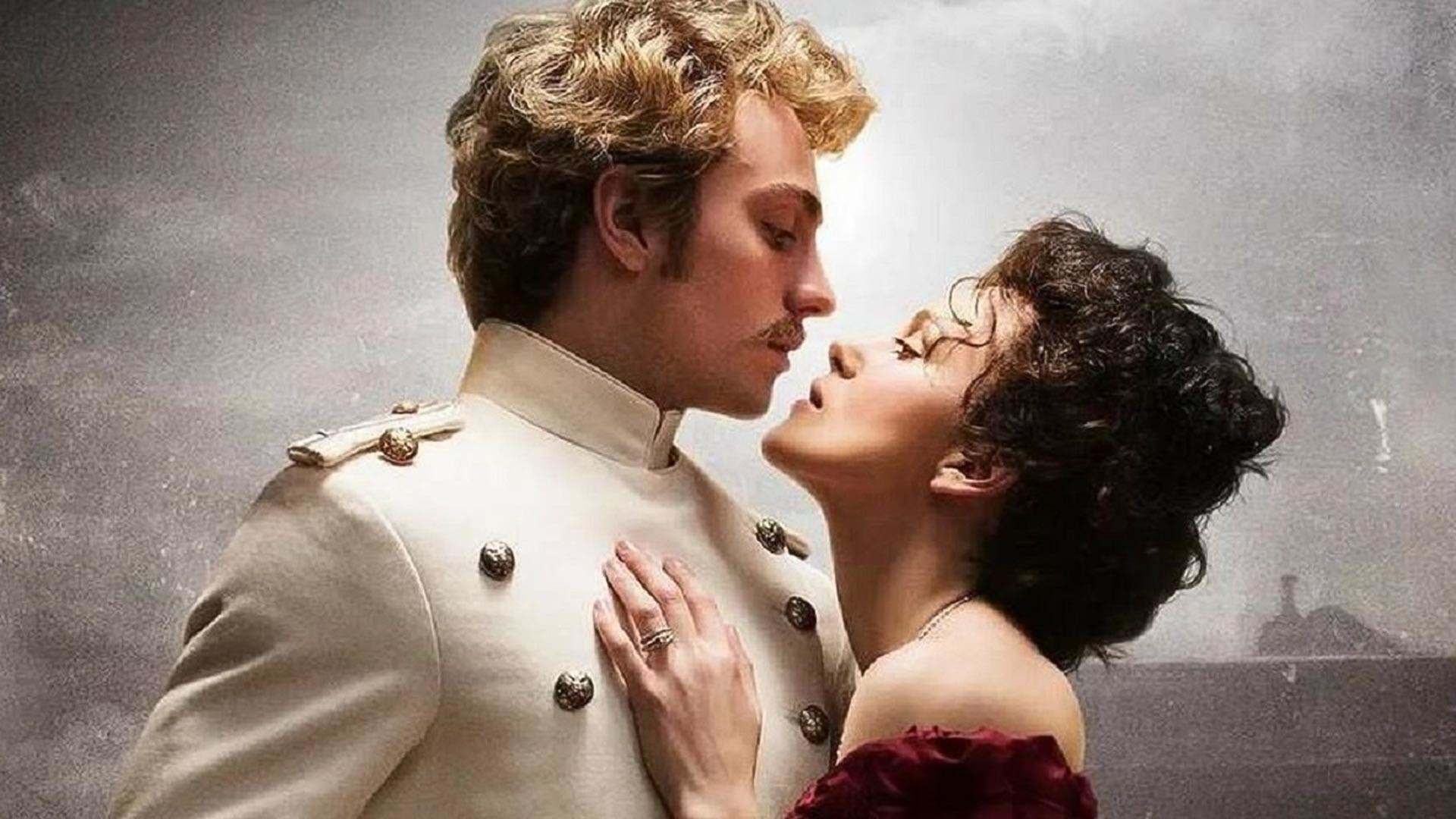 Joe Wright/Universal Pictures, 2012
Most Russian literature is more or less about love. The strong feeling is often depicted by sufferings, complicated life decisions and challenges - and even throwing oneself under a train because of it… However, there are also rare books about love with a happy ending. 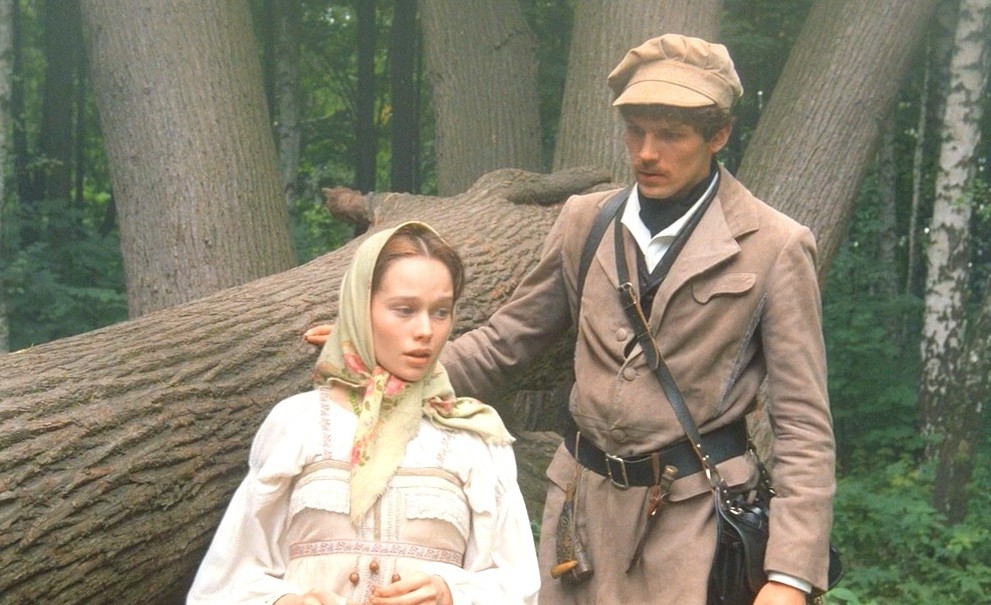 Actually, Pushkin wrote more about happy love than probably most other Russian writers. His famous verse novel Eugene Onegin depicts a drama when a mutual love comes at the wrong time. But Pushkin’s prose novels and novellas lead characters through life challenges to a happy ending. The Captain’s Daughter is a good example, but also The Belkin Tales collection of stories, which is just a pure pleasure to read. Two of the five stories in the collection have especially intriguing plots and nice love lines.

The plot of The Blizzard, however, is tricky; a young lady named Maria falls in love with an officer who is staying with his army unit in her provincial town. Her parents are against their relationship and he suggests running away and marrying him secretly. On route to a church, he gets caught in a blizzard, but Maria still gets married. To whom if not him? No spoilers.

The main female character in The Squire’s Daughter is a brave and creative young lady. She pretends to be an ordinary peasant girl and meets a noble neighbor. The young gentleman falls in love with her, they walk together in the forest and no one else knows about their affair. But once he finds out that his father has arranged him to marry a noble lady, he becomes mad, as he wants the impossible - to stay with his peasant sweetheart. Well, after that, life twists unpredictably for him. 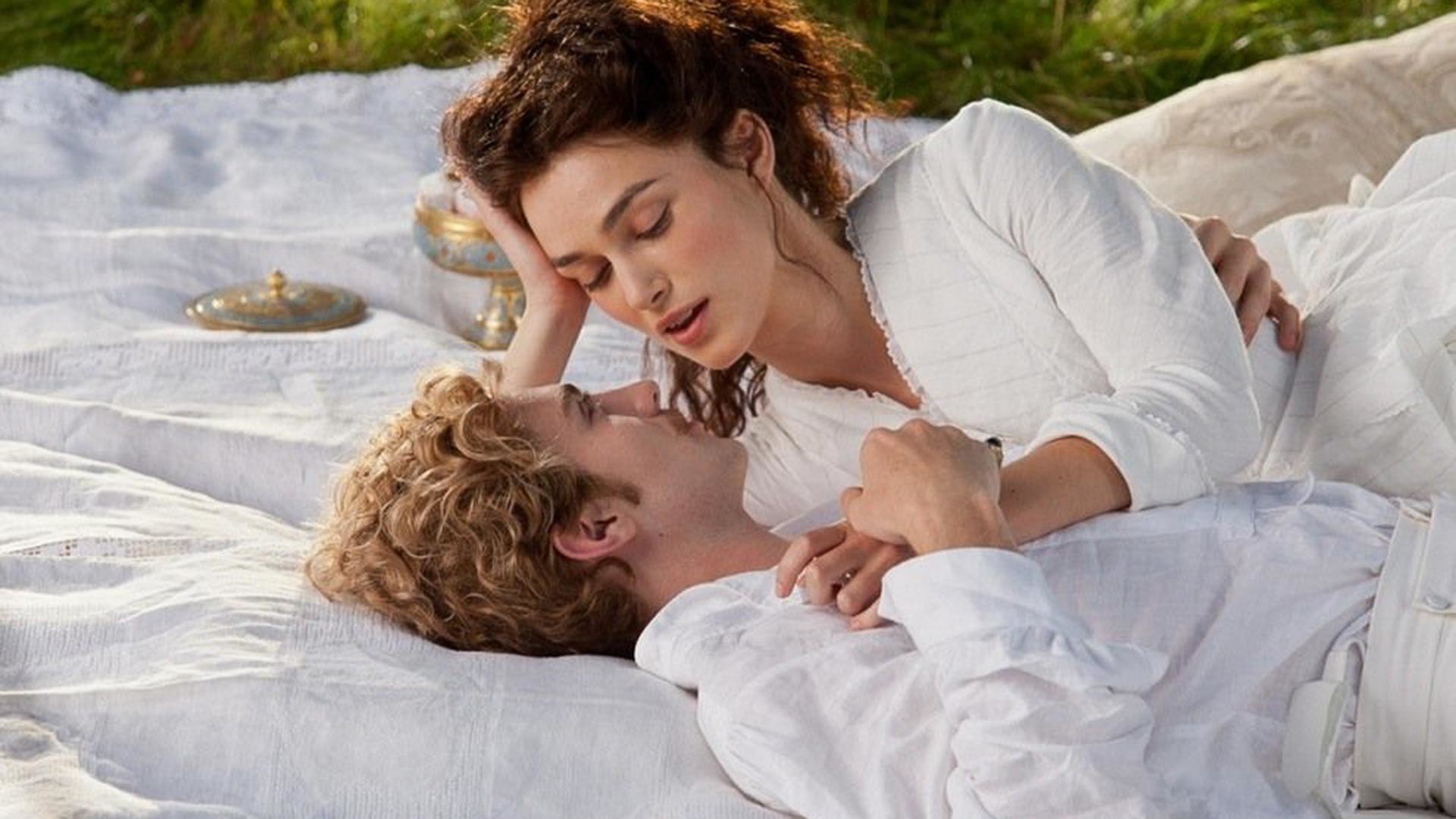 This novel is about love in its full meaning - not only relations between a man and a woman, but about a mother’s love for her kids, a sister’s love for her brother and a love for God, as well. The main plot is focused on Anna and her adultery, the secret and painful relations with a handsome officer named Alexey Vronsky. It perfectly shows the moral habits and traditions of Russian noble society in the 19th century and the weak position of a woman who just can’t dispose of her own life which ends tragically.

However, there are other subplots showing the pure love and pure repentance (things that Tolstoy appreciated much). The author praises family values; he depicts the character Stiva Oblonsky, who committed adultery, as someone who feels incredibly sorry about it and his wonderful wife and loving mother of his kids, Dolly, forgives him - because such a sin means nothing, while family means everything. And it’s Anna Karenina who helps Dolly to make this decision.

Another character with love deep in his heart is Konstantin Levin, a semi-autobiographical figure who finds his path in life refusing social life and turning to the ground, mowing grass with peasants, wearing torn shirts instead of tailcoats, loving the only one very pure girl to him and having kids with her. 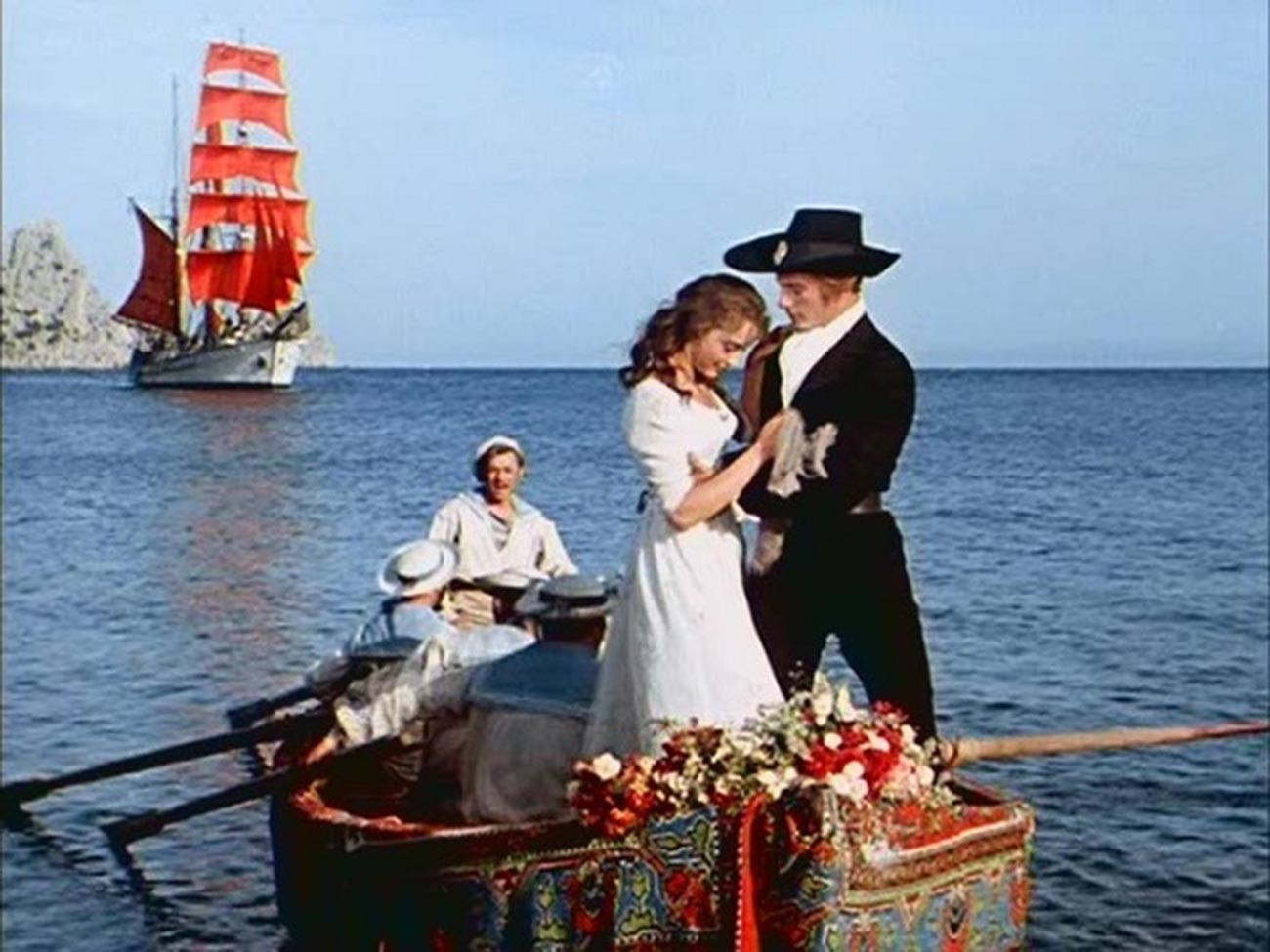 A still from 'Scarlet Sails' movie

In the USSR, it was impossible to write about love without touching things that ideologically should be reflected about Soviet reality. So, many writers had to make up tricks: putting their plots into an imaginary world (or sci-fi, see p.4 below). Alexander Grin made up a country called Grinlandia, where the events of his novels happen. He also gives his characters non-Russian names just to move them far away from reality.

Scarlet Sails is a story of a girl named Assol. Her father is a poor, retired sailor, who earns a living making models of ships and boats and selling them. Once, while carrying a nice boat with scarlet sails to a market to be sold, Assol puts it into a water spring and it races off. She runs after it and meets an old fabler. He predicts that a beautiful prince will come on a real boat with the same scarlet sails and will take her into a beautiful faraway land. Assol believes the story and dreams of it every day until she grows up, while everyone around mocks her and thinks she is crazy. Meanwhile, a young and brave captain hears a story about a “crazy” girl dreaming of a prince...

It’s incredible that such a light fairy tale book was written in 1920s Petrograd, right in the epicenter of the revolutionary chaos and Civil War in Russia. Scarlet Sails became very popular and, in 2005, a prom festival with the same name was held in St. Petersburg. It’s a spectacular event where a majestic boat with scarlet sails moves across the Neva River with fireworks exploding all around while the city’s famous bridges are raised up. 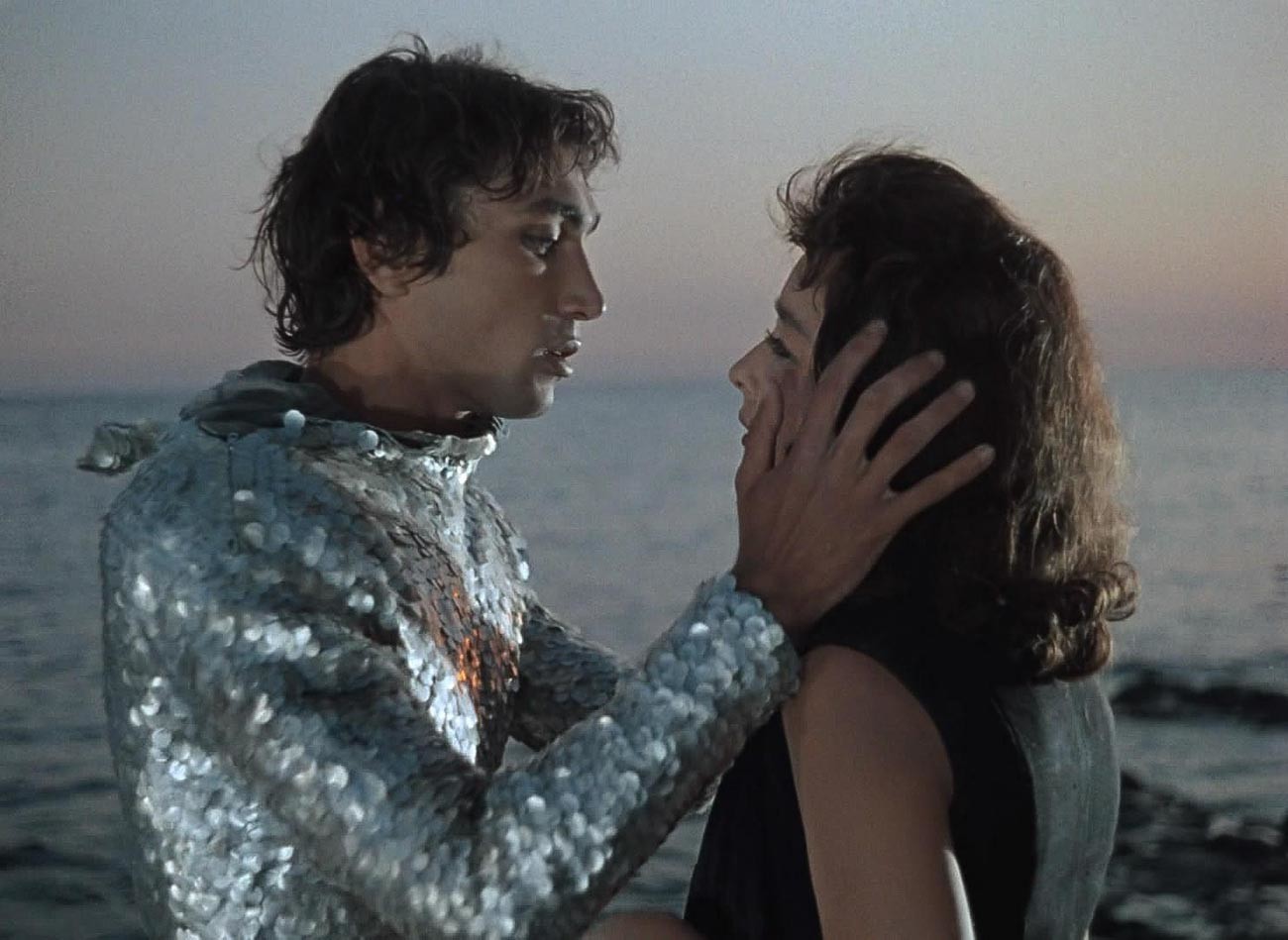 A still from 'Amphibian Man'

The novel may remind some of the 2017 Oscar winning movie The Shape of Water directed by Guillermo del Toro, as the story is similar. However, the plot for Amphibian Man was thought up long before the Hollywood movie - in 1927, by Soviet sci-fi writer Alexander Belyaev. According to his plot, an Argentinian surgeon, who is keen on experiments, saves a boy with weak lungs by transplanting a shark’s gills.

The “amphibian” man is named Ichthyander and grows up. He can swim underwater - and he has a lot of fun swimming in the ocean, riding dolphins and setting fish free from fishers’ nets. People from the seaside spot him occasionally and rumors about a sea devil begin to emerge. One day, Ichthyander saves a drowning girl. She is incredibly beautiful and he feels something very strange and unknown to him. He wants to meet her again, but he hasn’t communicated with anyone apart from the surgeon, so he doesn’t know how to behave appropriately. Though Ichthyander looks like a man, angry people from the real world are not happy with him, as he is considered a stranger and different. They want to kill him… But despite this threat, he continues to go out into this world, as he wants to be with that girl…

In 1962, a movie adaptation of Amphibian Man was released and became an instant hit with 65 million people watching it. In contrast to Hollywood’s The Shape of Water, the Soviet movie starred incredibly handsome actor Vladimir Korenev as the amphibian man and Anastasiya Vertinskaya as his beloved (she also played the main role in a movie adaptation of Scarlet Sails). 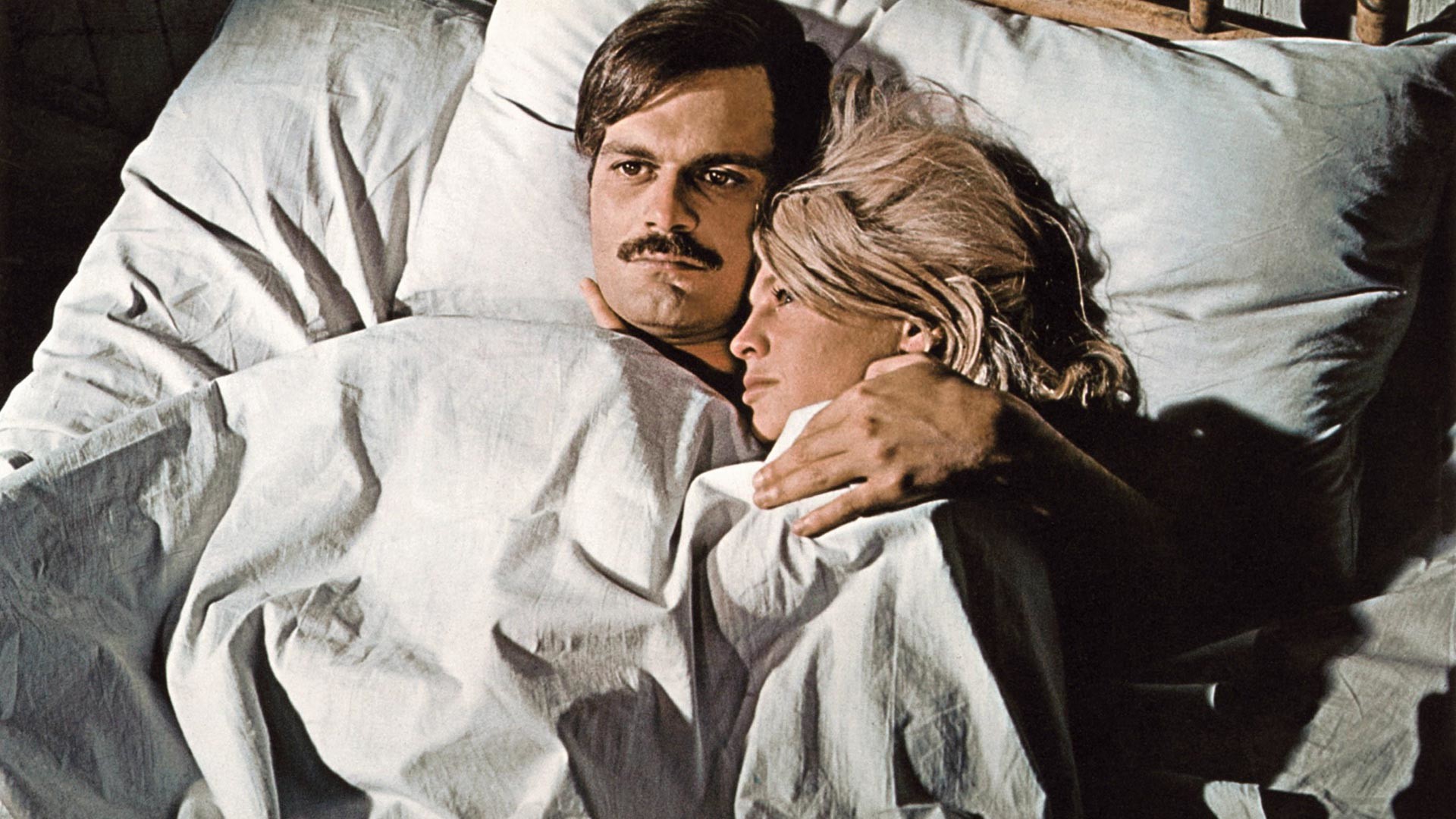 Many around the world are familiar with this story thanks to David Lean’s 1965 Oscar-winning movie adaptation featuring actor Omar Sharif. This is a big novel featuring a man’s life during the most turbulent time in Russia’s history - the Revolution and the Civil War. A doctor named Yury Zhivago marries his childhood sweetheart and they start a happy family that is fatally ruined because of the Civil War.

Yury gets incarcerated and works as a doctor, but manages to escape and meet a woman named Lara. While the Civil War rages, they hide in a remote village and find happiness together there. Yury is full of love for both his first wife and Lara and, at the same time, suffers from this betrayal. He is, first of all, not Red or White, but a Christian and, as a doctor, full of love for mankind.

One of the best novels of the 20th century, Doctor Zhivago was censored for a long time, because Pasternak didn’t show any clear positive attitudes towards the bolsheviks and their actions in the Revolution and Civil War. The book was only published in the USSR during perestroika in 1988. It was, however, first published in Italy in 1958 and, not long ago, CIA revealed archives proving that it was involved in the publication of this “anti-Soviet” book in the West as a propaganda tool.