Who is Yana Vagner, author of ‘TO THE LAKE’? 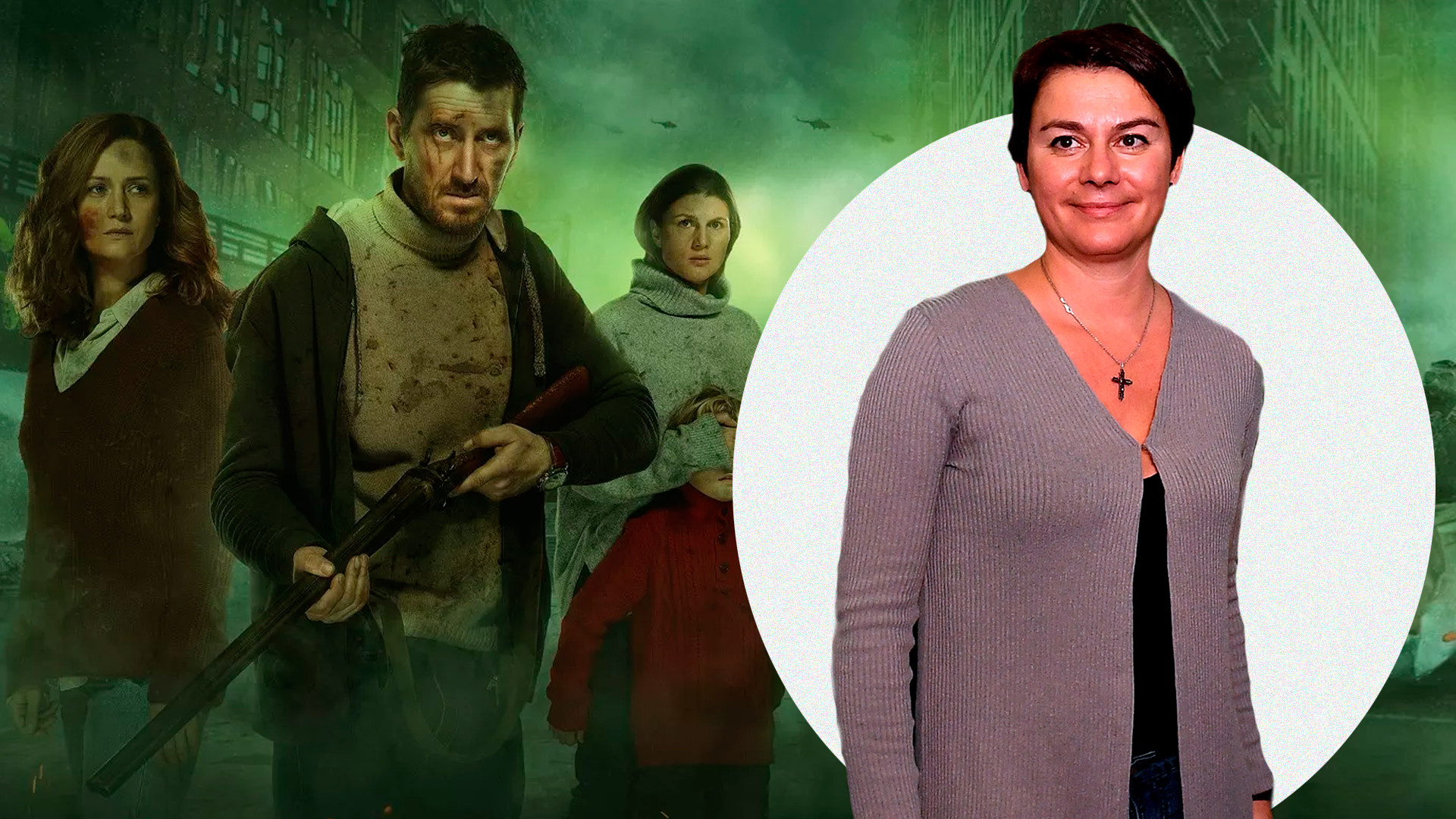 Pavel Kostomarov/Premier Studios, 2019; Yekaterina Chesnokova/Sputnik
Vagner’s debut book ‘To the Lake’ was a huge success in Russia and, after it was adapted into a world-famous TV show, brought her international fame. But, when Vagner began writing it chapter by chapter on her blog, she never meant it to be published as a book, let alone turning it into a hit show on Netflix.

“To The Lake, a pretty darn good Russian series on Netflix,” wrote Stephen King on Twitter on October 12, 2020. The show directed by Pavel Kostomarov in 2019 is based on the book penned by Yana Vagner (Russian title is: Vong Lake, or Вонгозеро). In the Covid-19 reality, the post-apocalyptic plot about a Moscow family running away from the city ravaged by a mysterious virus resonated with thousands of viewers all over the world.

To The Lake is currently being translated into 11 more languages, in addition to the existing Russian and English versions and received a 7.2 score on IMDB based on more than 3,000 reviews so far.

Vagner could hardly have imagined such a praise back in 2011, when the book was first published. In fact, she didn’t want to become a writer at all.

How a logistics manager became a writer

Yana Vagner was born in 1973 to a bilingual Soviet family of a Czech mother and a Russian father. After graduating from the Russian State University for the Humanities in 1994 and, up until 2010, she worked as a translator and a manager in a logistics company.

Yana had always been keen on post-apocalyptic stories. At one point, she read so many of them that she realised she’d run out of the good ones. “There is a good strategy: when you lack a story, write it yourself. And that’s how I made up an epidemic that happened in Moscow, not anywhere else,” Yana recalled in a Writer’s Coffee podcast [link in Russian].

In 2008, she started a blog with short fun observations. But it was a fictional first person account of a post-apocalyptic virus outbreak survivor, which went viral gathering hundreds of comments and reactions.

According to the plot, Moscow is struck by an unknown deadly virus that rapidly infects people. They cough blood, their eyes turn white, they lose their minds and die soon after. A group of family members and their friends tries to escape the city, which is not an easy task - it’s surrounded by armed forces who won’t let anyone go out. The characters’ aim is to set off to a remote lake in the Russian northern republic of Karelia, in order to hide in an abandoned house and outlive the pandemic.

How To The Lake came to light

In 2008, when the financial crisis struck the world, the company Yana was working at was closed down. Vagner decided to focus on what brought her joy - writing. So she kept telling her outbreak story, regularly publishing new chapters. “That was complicated, because you can’t get back and change your previously published text, once it’s up there,” recalls Yana.

When the storyline got to the point where the characters reached the lake, Yana realized it’s already a long story, more like a book. She admitted that the first person narrative actually scared her. But then, if the author doesn’t feel fear, the reader won’t too, argues Vagner.

“I am absolutely sure that all writers are neurotic. Happy people don’t come up with any stories, they just don’t need this. But those who have a hidden or open neurosis, need to explore it, dig deeper into it. And this process gives birth to the variety of good and bad literature works,” Yana said in an interview. 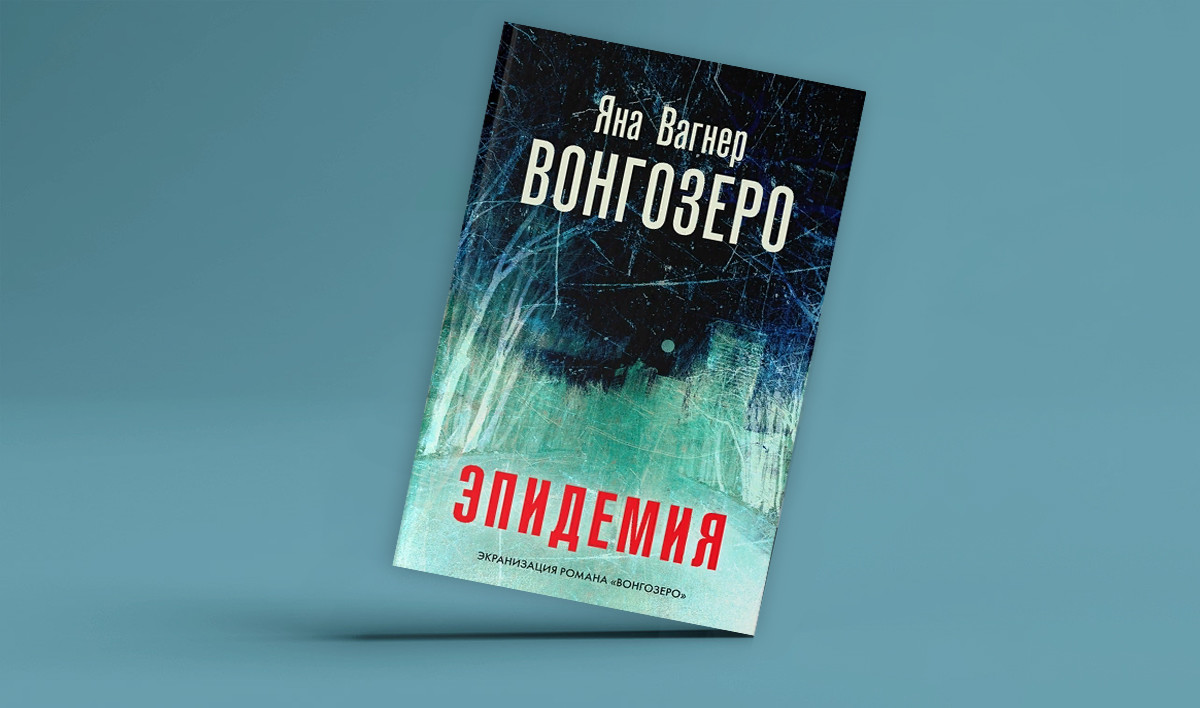 The latest Russian edition of 'To the Lake'

Vong Lake (Вонгозеро, the original Russian title of To the Lake) was published in paperback only several months after it was finished online. Yana met a literary agent online who offered help - and the book was released by one of Russia's biggest publishing houses in 2011. Eventually, it was translated into 11 languages.

The book was a total success. It was nominated for several prestigious Russian literary awards. In 2013, Yana continued the story of those who escaped the outbreak. 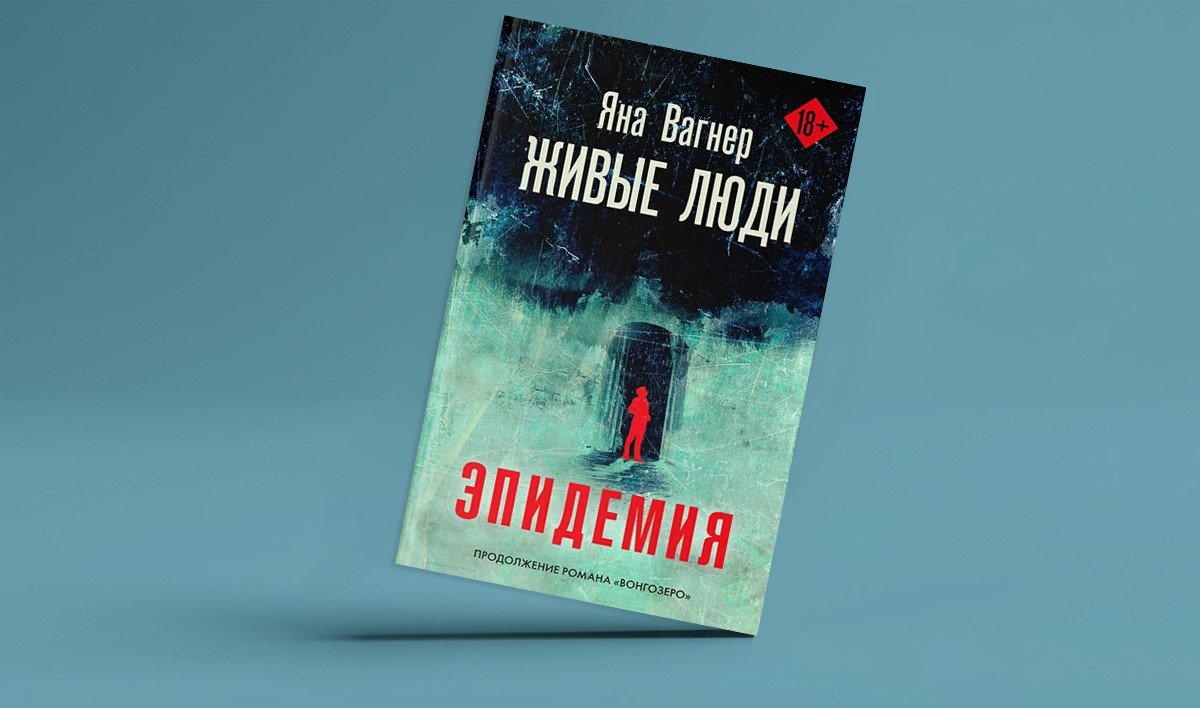 The Living People describes their life in the remote house on the lake and explores the peculiar human relations in a closed space. Personal and family drama were in the writer’s focus again.

From a blog to the Netflix originals

Inevitably, a TV adaptation followed. The series To The Lake (the original Russian title is The Outbreak or Эпидемия) directed by Pavel Kostomarov was released in late 2019 and quickly rose to national fame. It was an expensive project for Russian filmmakers, who normally don’t enjoy Hollywood-sized budgets. According to Kommersant newspaper sources, one episode cost as much as 30 million rubles (approx. $385 thousand) and there are eight. 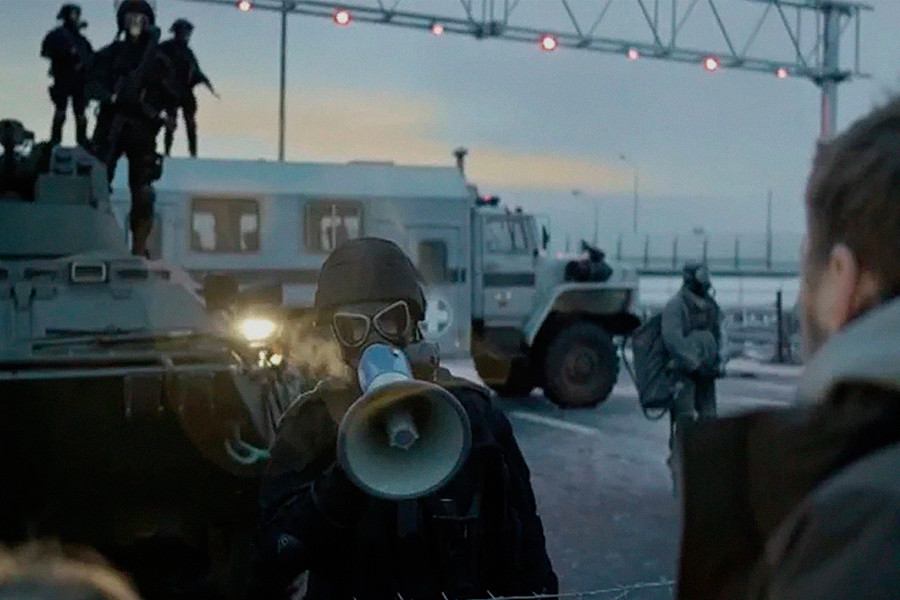 A still from 'To the Lake' series

The series slightly diverges from the book plot. The main character in the TV show is a man named Sergei, while the book is written from the point of his wife, Anna. Several characters were removed altogether. However, Yana admits the series feels as if it gained pace and volume. “It’s an action-packed genre thing with chases, plot twists and it’s designed for a mass audience,” she claims.

Vagner didn’t work on the script, though she read it, saw the pilot and even offered several suggestions, which were accepted by the filmmakers. She liked some of the twists included by the series creators (to name one thing, Anna’s son wasn’t autistic in the book), but some others Yana found ridiculous. 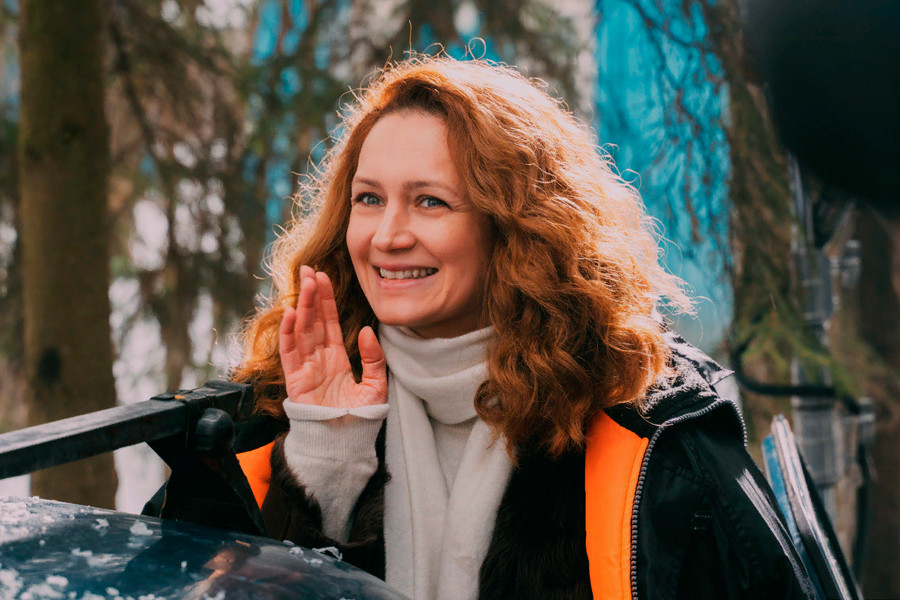 Russian actress Viktoria Isakova as Anna in 'To the Lake' series

Netflix bought the show for its Originals franchise for $1,5 million, breaking the record of any Russian TV show international rights sale. It quickly reached third spot in Netflix’s top 5 shows worldwide in October 2020, according to flixpatrol.com. It’s currently still in fifth spot.

Read more: 5 reasons to watch ‘TO THE LAKE’

Another work about to be screened

Yana Vagner’s most recent novel Who hasn’t hidden? (appeared in French translation as L’Hotel), published in 2017, is a psychological drama with a hermetic detective as its lead. A company of old friends set off to a remote small hotel in the mountains for a week’s getaway. Because of the freezing rain they get stuck there. Soon after, they find one of them killed and the suspense begins. 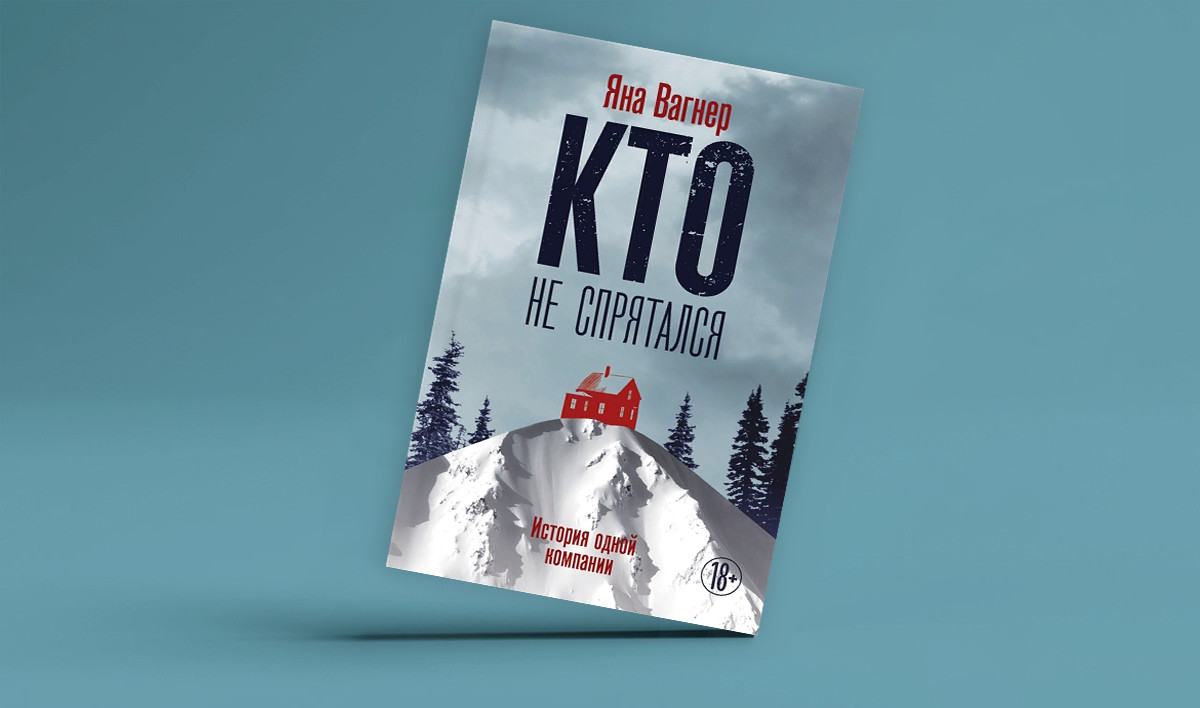 Again, Yana tests friendship and explores how much people change in extreme situations. What could be hiding deep inside the minds of your close friends? Critics compare this novel to both Agatha Christie’s Murder on the Orient Express and Donna Tart’s The Secret History. The rights for a TV adaptation of Who hasn’t hidden have already been sold. Vagner says that contemporary literature is a great source of plots for movies and she likes how many modern books rights are sold and adapted into series and movies.

After her big success, Vagner’s life hasn’t changed much. She still lives outside Moscow in a house, the only advantage of a writer’s life is that she doesn’t need to go to the office every day.

“A royalty for screening lets the author forget about financial problems for a year. You still won’t have a Rolls-Royce, but a writer shouldn’t count on it,” Yana says. Those who want to get rich quickly should work in film production, or think of a totally different job than writing, Yana Vagner concludes.