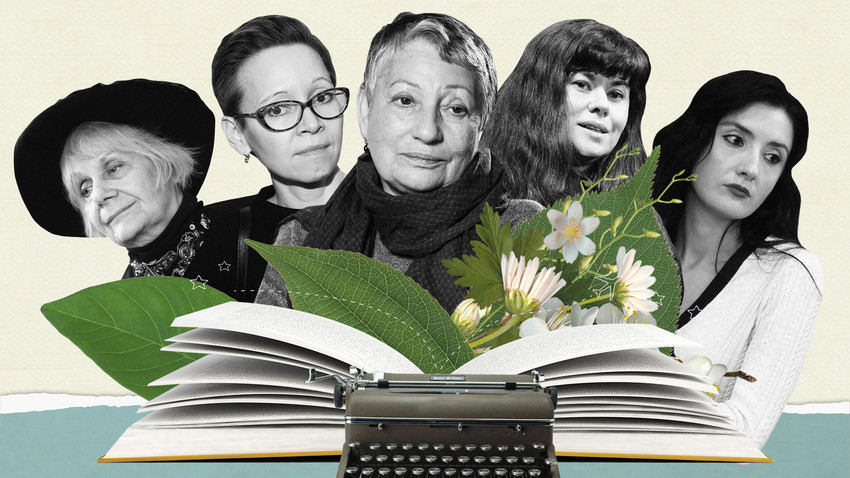 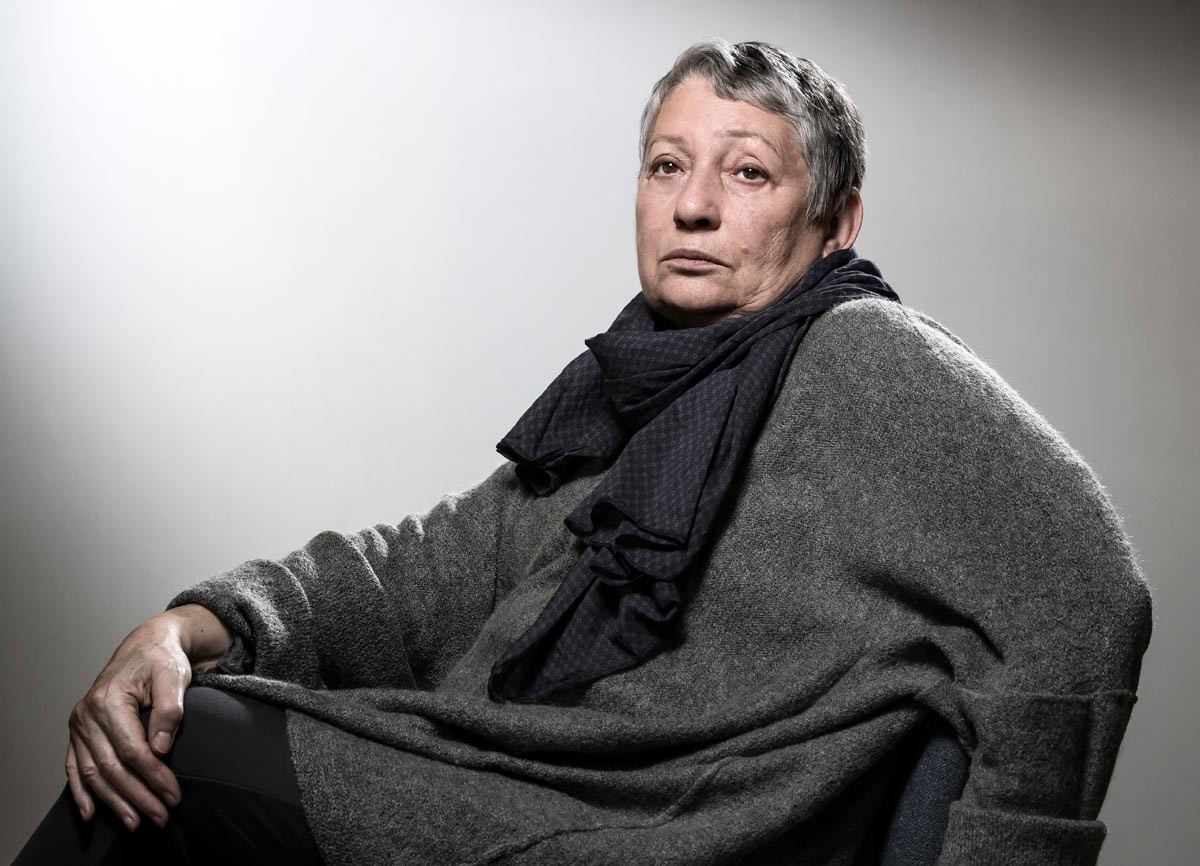 Ulitskaya is one of the most acclaimed Russian writers of modern times, a true successor to the tradition of the classic 19th-century Russian novel. Her works trace several generations of one family against the backdrop of historical events, simultaneously probing the way that politics and the ruling regime affect individual lives and fates.

We especially recommendThe Kukotsky Enigma,The Big Green Tent, andDaniel Stein, Interpreter.Here we talk in more detail about Ulitskaya and why she deserves the Nobel Prize for Literature. 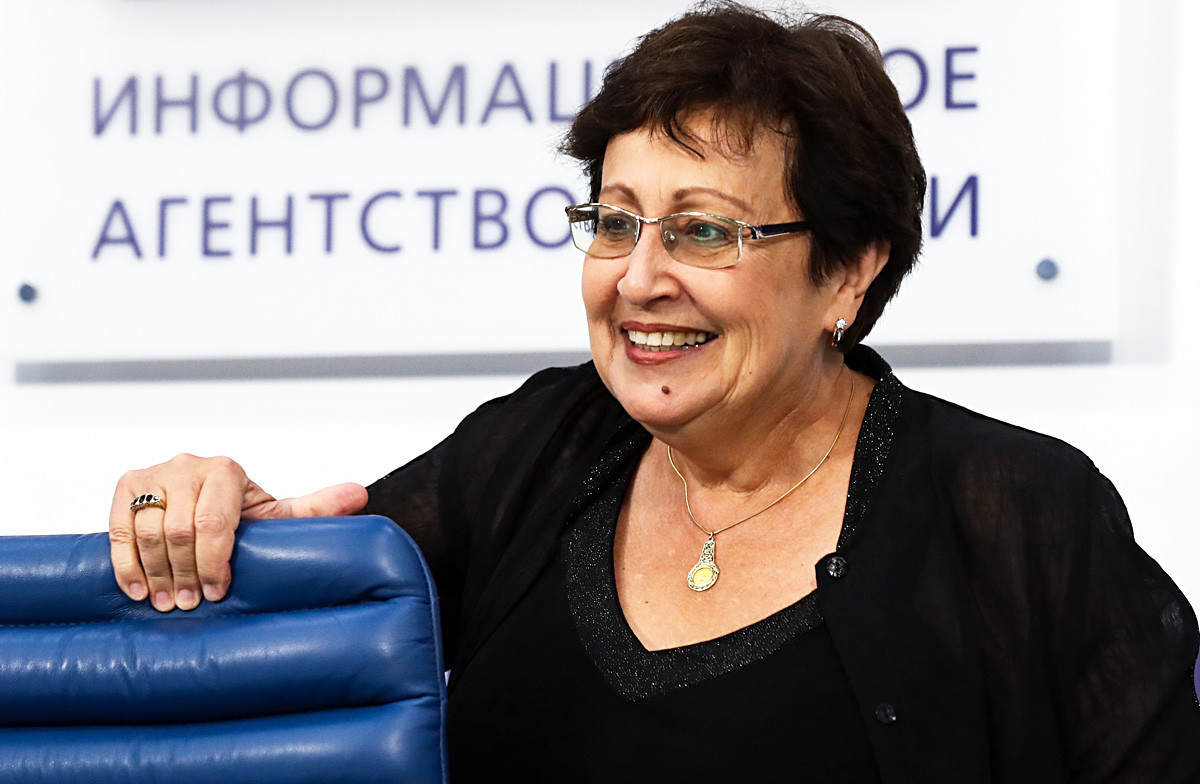 Rubina’s novels plunge readers into the exotic atmosphere of Tashkent and Jerusalem, and take them on journeys through sultry Spain and Russia’s twin capitals, via the occasional small post-war Jewish-Ukrainian town.

Rubin’s novels are peopled by extraordinary individuals, including spies, artists, and tricksters. Her plots are always fabulously intricate, and her language is musical and sonorous, resounding with exuberant descriptions. Our don’t-miss list includesSun Side of the Street,On Verkhnyaya Maslovka Street,Here Comes the Messiah,White Dove of Cordova, andRussian Canary. 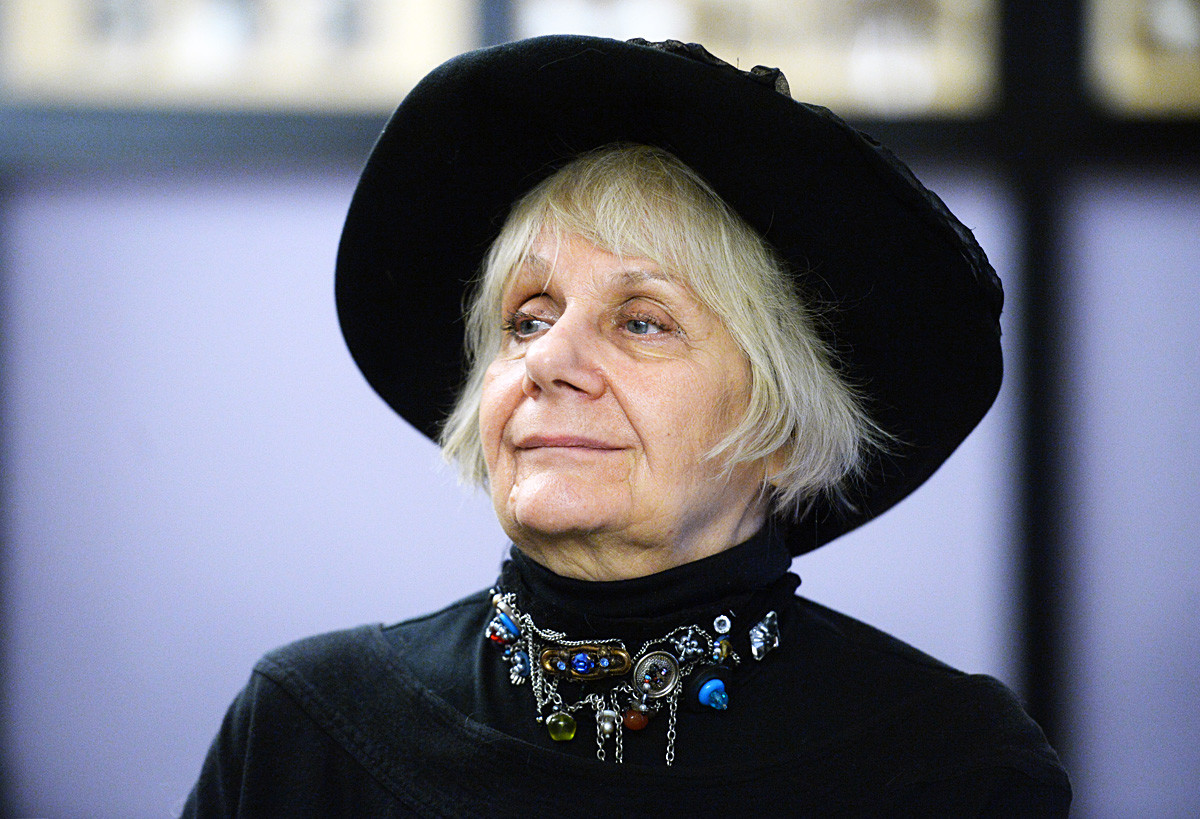 Petrushevskaya is a one-woman orchestra. Over 80 years old, she still sings and dances in her own cabaret show, wears eccentric hats, and writes scripts for fairy tales and plays.

One of her most famous novels isThe Time: Night — a stark portrayal of life for women in the late Soviet Union, full of domestic horrors, memories of the shame of lost virginity, and the total lack of personal space.

Petrushevskaya also has several collections of scary and funny family-themed stories, and an entertaining autobiographical book about her Soviet childhood:The Girl from the Metropol Hotel. 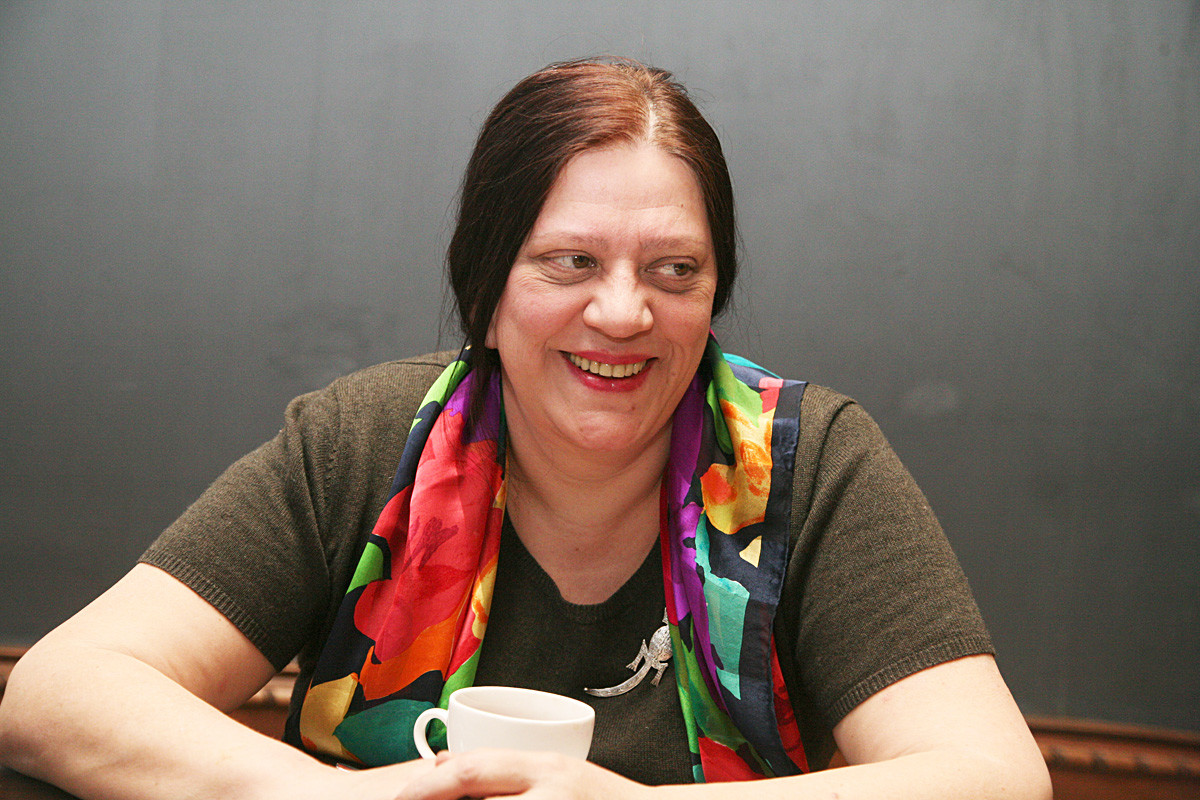 The first novel by this distant relative of Leo Tolstoy was a huge hit. The dystopian novel The Slynx depicts a post-apocalypse world of deformed people and strange creatures. They seem to have forgotten even how to speak.

And although there have been no major novels since, Tolstaya has released several successful collections of essays and short stories, which have been translated into many languages (Aetherial Worlds, White Walls). Each spans an entire lifetime, with memories of love and war, decorated in highly figurative language seeping with metaphors. 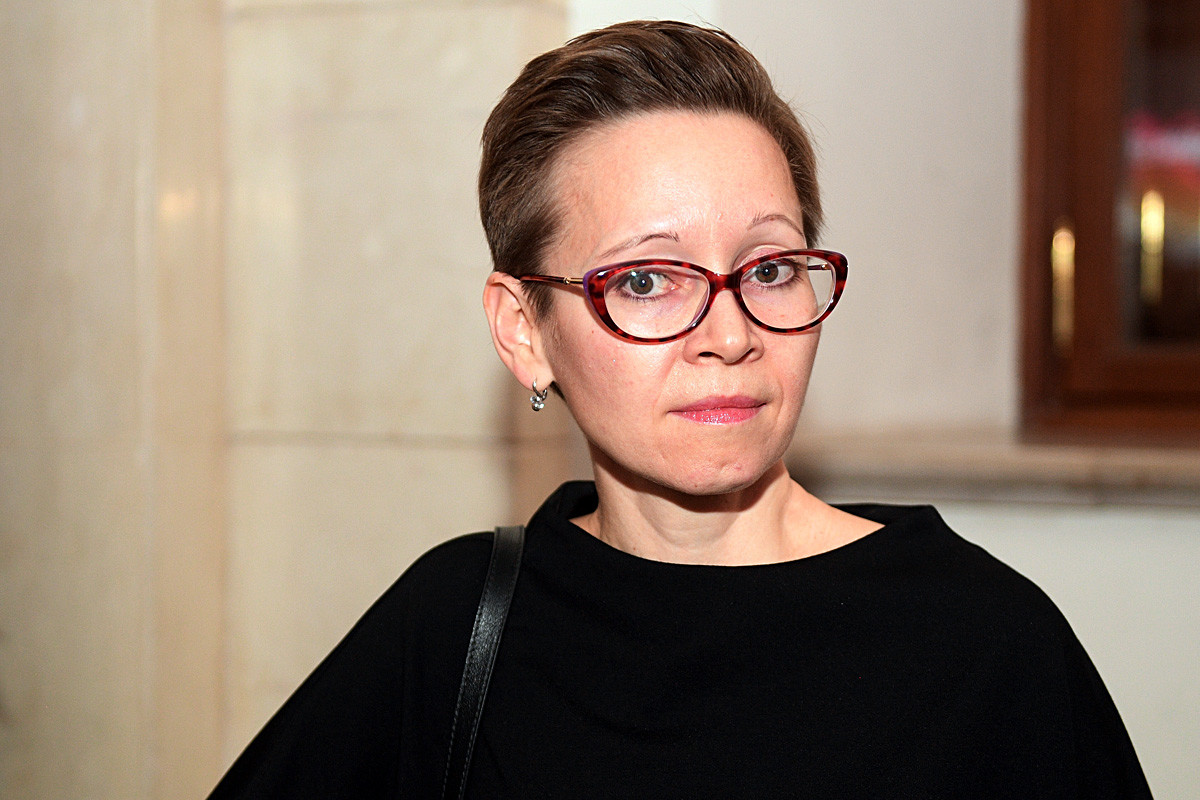 The debut novel of this writer from Tatarstan,Zuleikha, took the Russian literary scene by storm in 2015. It picked up several awards and sold like hot cakes. It tells the heart-rending story of a Muslim girl sent to a Stalinist camp after family is dispossessed. It has already been serialized for television.

Her recently published second book, My Children, is about the Volga Germans, again in the Stalin years. Even before the Russian version appeared, foreign publishers were lining up for the translation rights. So if vivid local color combined with an exciting, moving story is what you want, look no further than Yakhina.

Read our interview with Yakhina here. 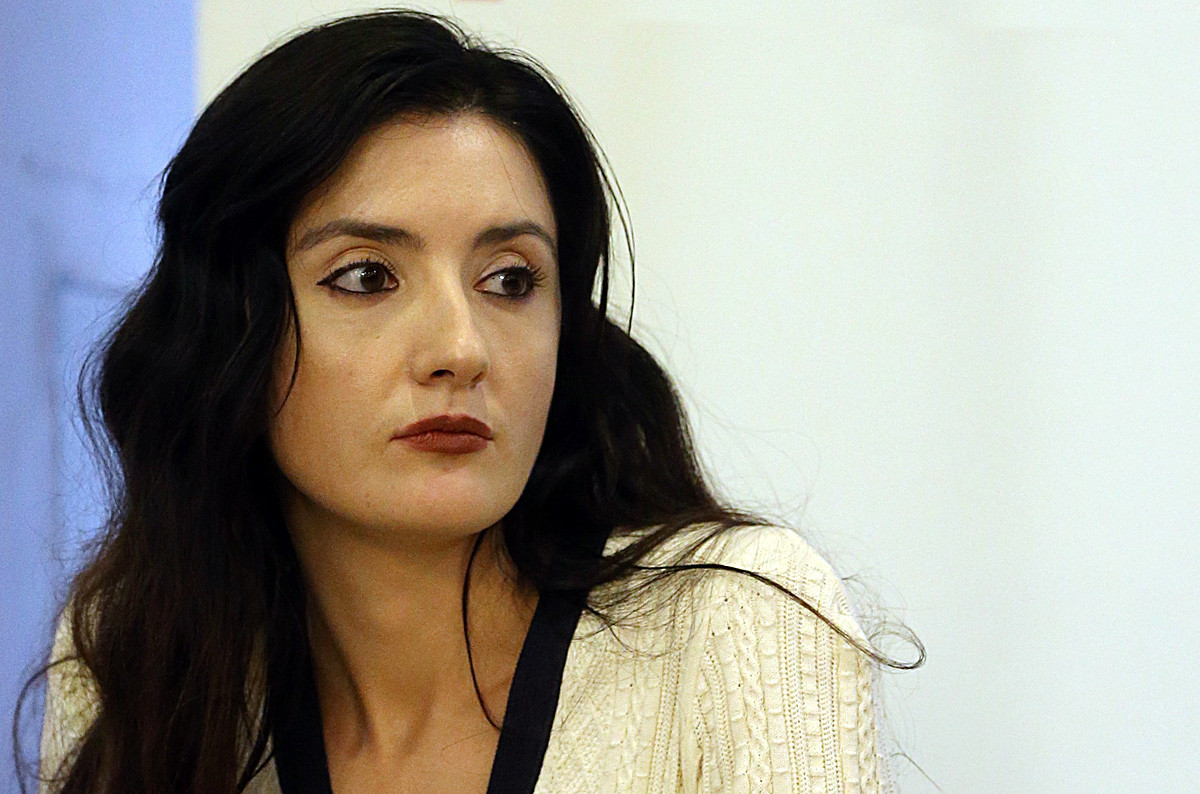 A young writer from Dagestan, Ganieva’s hard-hitting novels about the collision of modernity and tradition in the Caucasus are as anti-“chicklit” as can be. Youth lifestyle, weddings, and matchmaking are all described in colorful atmospheric tones.

Ganieva’s debut story Salam, Dalgat (published under the pseudonym Gulla Khirachev) described a day in the life of a young man in Makhachkala. Her searing, unswerving insight into the male world was nothing short of a revelation. Since then, several of Ganieva’s books have been translated into foreign languages (Bride and Groom, The Mountain and the Wall), and she has become a regular Russian guest at book fairs around the world. 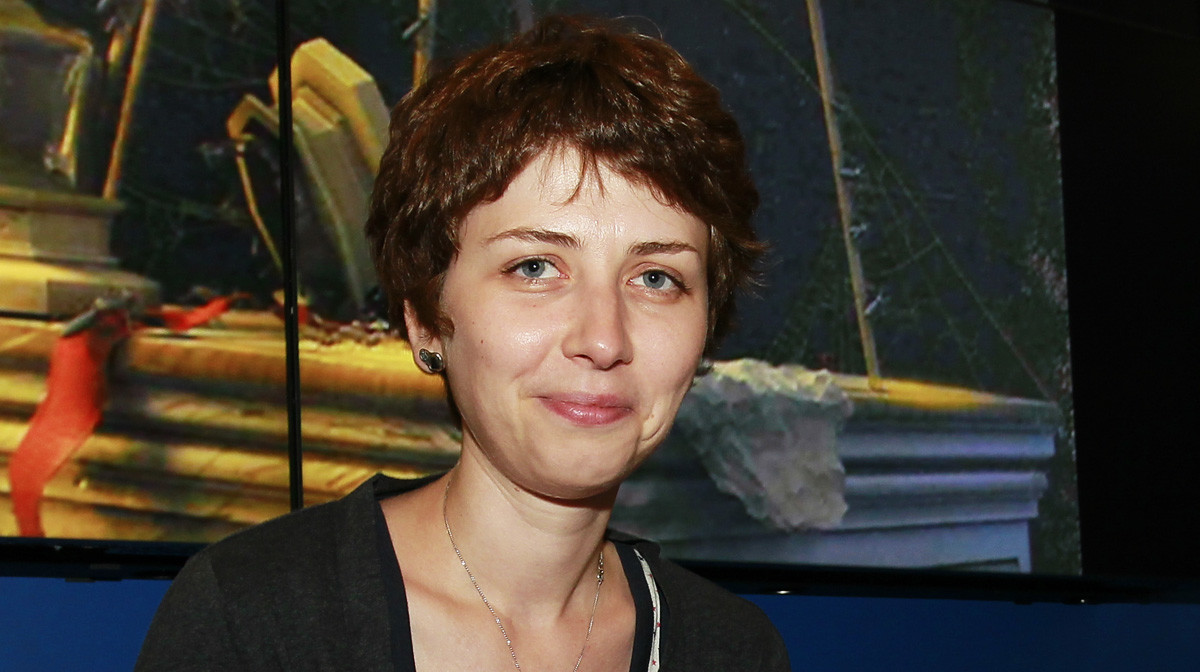 Starobinets is described as the “Russian Stephen King” and the “queen of horror” for her genre-hopping mix of teen fiction and horror, both somewhat underrepresented in modern Russian literature.

The short storyAwkward Age, for example, tells the tale of a boy whose brain and body are enslaved by a queen ant that wants to use him to take over the world. In Starobinets’ hands, horror takes the form of mysticism, science fiction, and futuristic dystopia, as exemplified in the novelLiving, which was shortlisted for Russia’s National Bestseller Award. 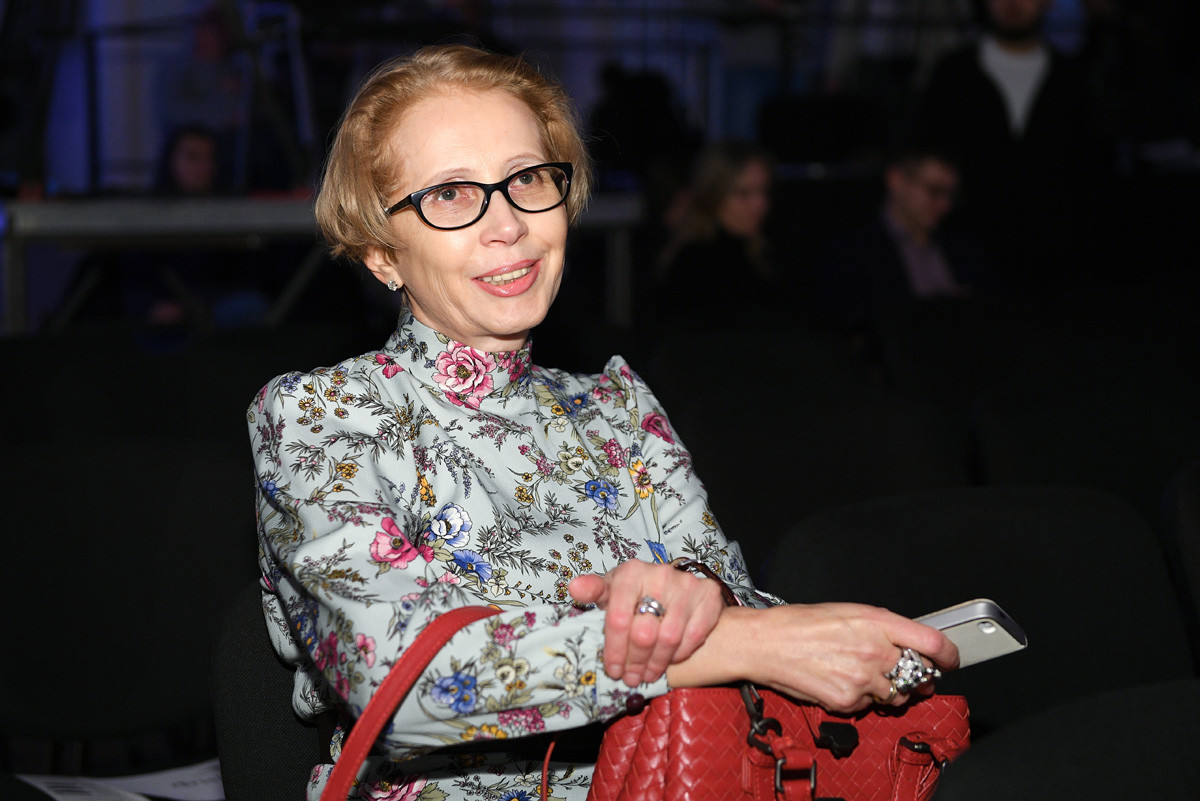 No book by Olga Slavnikova is ever like anything previous, not even genre-wise. For instance, her novel2017, which falls under the dystopia umbrella so beloved of Russian writers, deals with an environmental disaster and a senseless, blood-soaked civil war amid post-apocalyptic landscapes. Others contain strong traces of magical realism.

InThe Man Who Couldn't Die, the wife and daughter of a paralyzed man create a new reality for him, hiding the fact that the Soviet Union has collapsed. 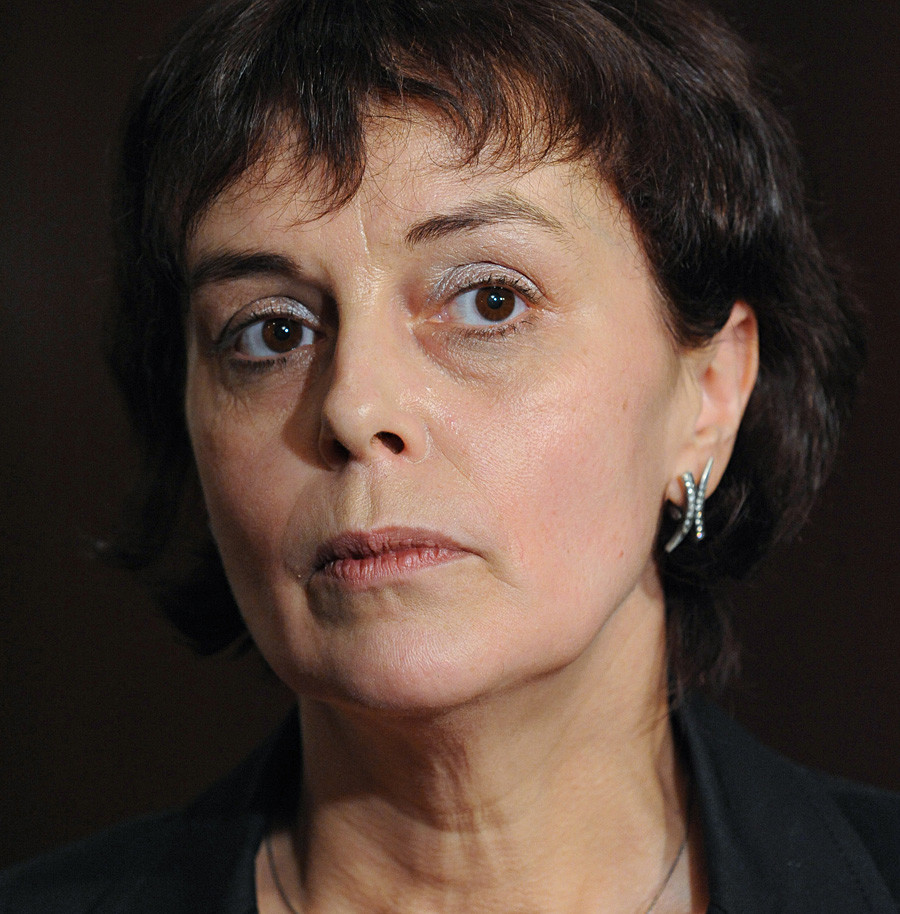 In the German translation, the title of Chizhova’s novelThe Time of Women was rendered as The Silent Power of Women, which more accurately reflects its essence. Women (even infirm babushkas) are capable of much. The hardships that they have suffered and endured would surely break most, if not all men. Yet they calmly bear their cross in silence.

Chizhova’s female characters are perfectly portrayed. The writer’s primary focus is on the Soviet era — she depicts life during the revolution, the Russian Civil War, the Second World War, and the post-war peace. For example,Little Zinnobers. Her novels also paint her native Leningrad (now St. Petersburg) in exquisite detail. In homage to it, Chizhova’s most recent work, City Written from Memory, tells the story of her own family and ancestors, recalling her Leningrad childhood. 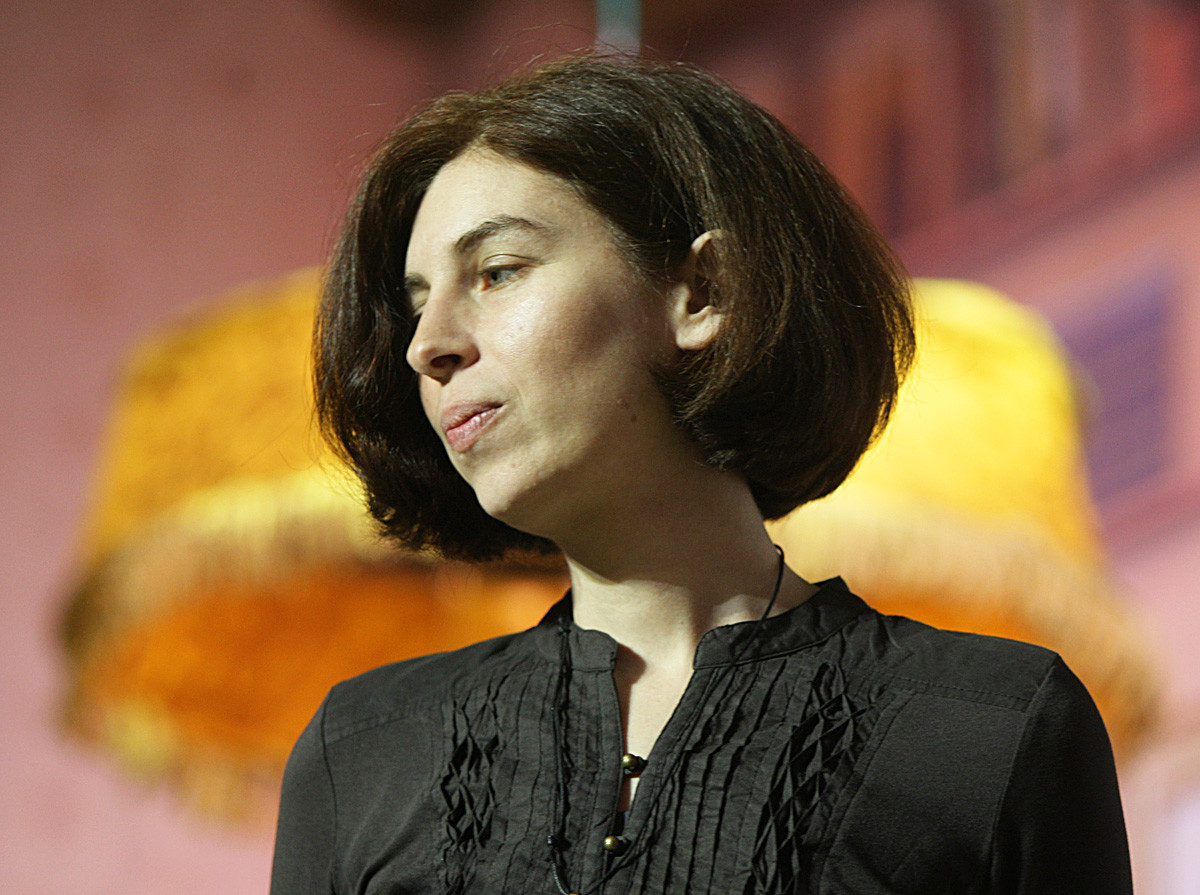 HBO or Netflix could surely make a real blockbuster series based on Mariam Petrosyan’sThe Gray House. Just imagine: a secretive boarding school for disabled children where the boundaries between the real and mystical worlds are erased... Hogwarts all over again!

The story grew out of the science fiction tales that the author scribbled when back in school. Today, the bestselling The Gray House has been translated into ten foreign languages ​​and won several literary prizes.

British writer/comedian Stephen Fry described Petrosyan as among the most interesting writers of the “Putin era.” 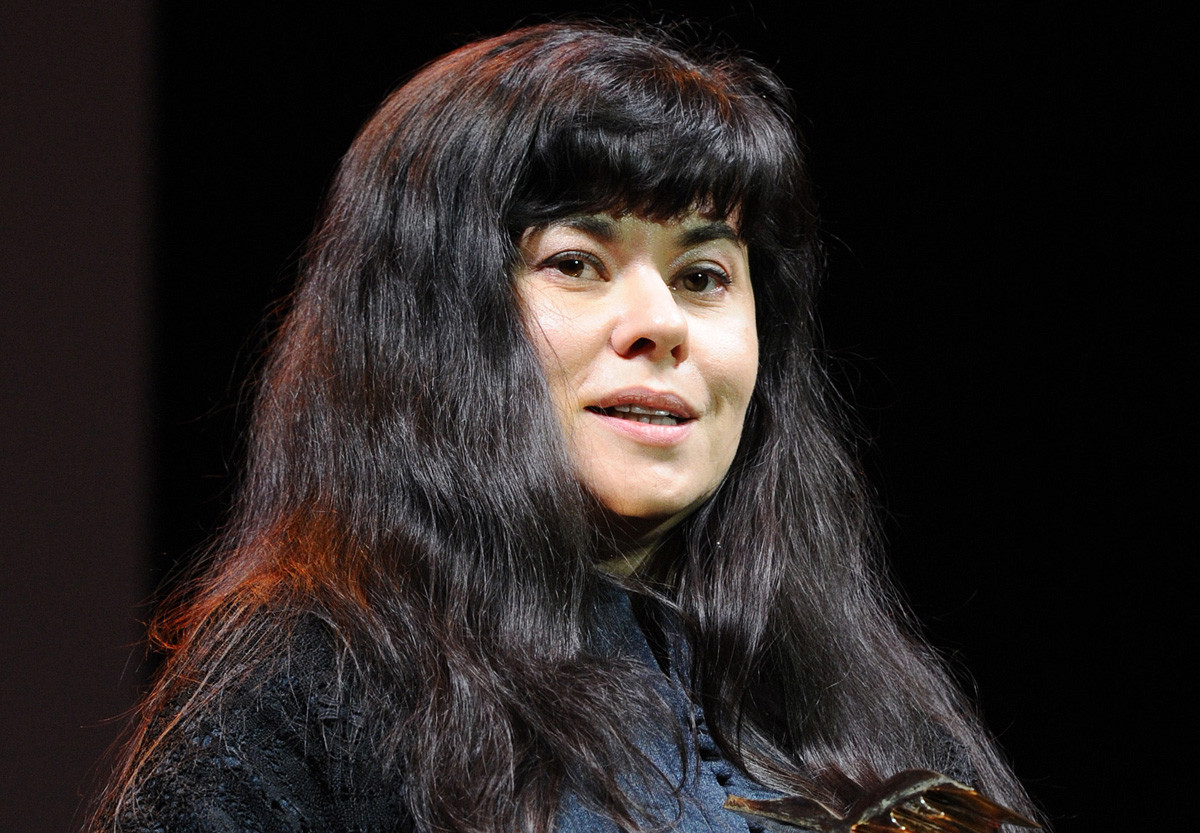 Stepnova is philologist, however, she grew up in a doctor's family and worked as a cancer nurse in her 15. So she dissects the human soul no less surgically than other doctor writers Anton Chekhov and Mikhail Bulgakov. Her first novel, aptly titled The Surgeon, has been compared to Patrick Suskind’s Perfume.

Stepnova’s best-known work,The Women of Lazarus, details a man’s love for three women of different generations and destinies, and the lengths to which he is prepared to go for the sake of this all-encompassing love. 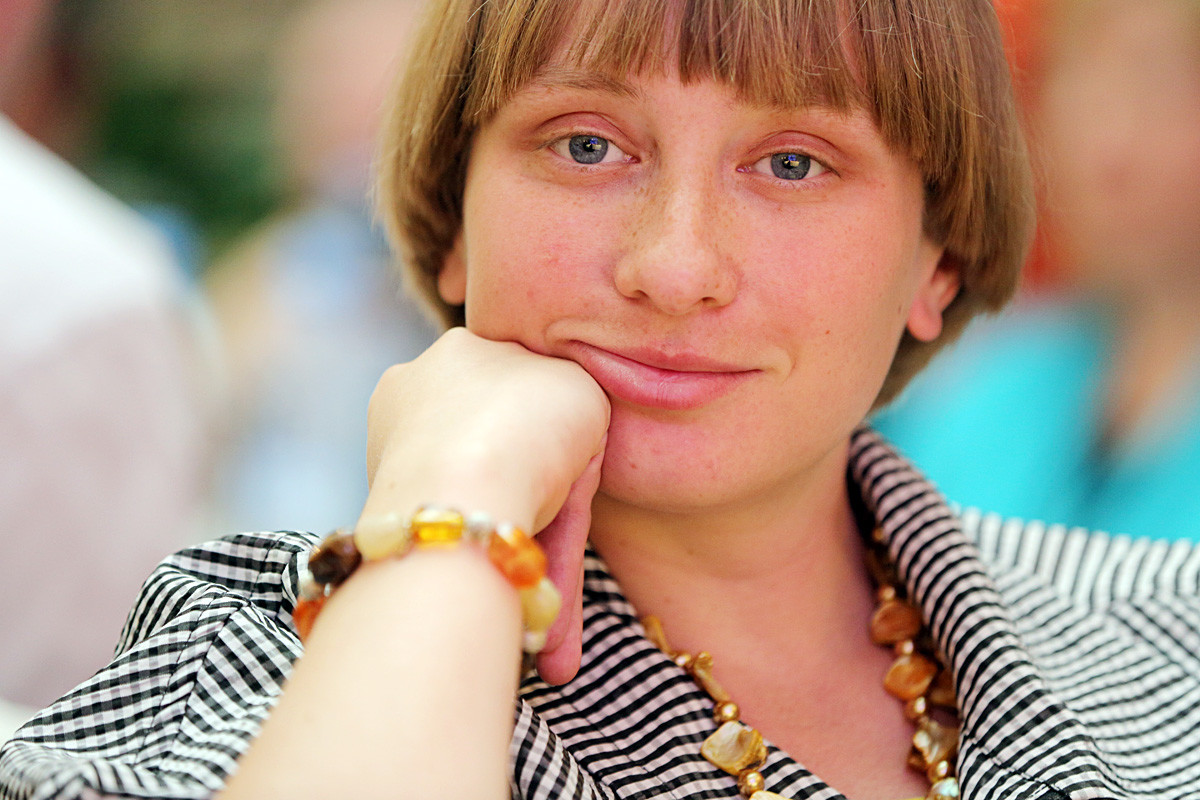 Like many young Russian writers, Buksha in her most famous novelThe Freedom Factory harks back to Soviet times. In 2014, aged just 30, she received the prestigious National Bestseller Award for the work, which was recently translated into English.

In the novel, Buksha addresses the early formative years of Soviet power in the form of a series of monologues by simple workers at a Petrograd factory. The author artfully blends stylistic prose with the authentic speech of that time in what could be described as an “industrial” novel.

Read more: 10 books that were banned in the USSR