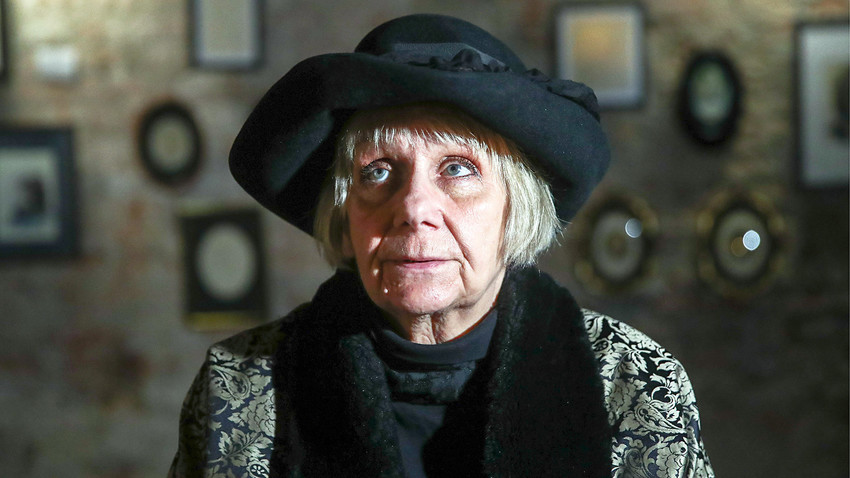 Ludmilla Petrushevskaya at the opening of an exhibition marking her 80th birthday at the Moscow Museum of Modern Art.

Valery Sharifulin/TASS
Ludmilla Petrushevskaya provokes with the sincerity of her prose, and surprises with dances and songs at her cabaret performances.

The Financial Times once provocatively called her “Russia’s last writer,” while The New York Times Book Review considers her “one of Russia’s best, and most beloved, contemporary authors.” A writer, dramatist, poet, painter singer – her talents are too many to enumerate – Ludmilla Petrushevskaya celebrates her 80th birthday on May 26.

The Girl from the Metropol Hotel is her novel based on her Soviet childhood and harsh post-war life. Petrushevskaya’s poetry and prose our basest thoughts and emotions: They’re often small-town and kitchen-sink, and seemingly insane and sordid. A typical example is The Time: Night, a novella in which a mother’s suffocating care for her adult children stunts and angers them, and seems needless and at times bestial.

Some of her stories are scary. Once, her publisher asked her to title a book in a provocative way, something like There Once Lived a Woman Who Tried to Kill Her Neighbor's Baby, even though there was no mention of this in the book. But, she found it funny and agreed exactly on this version, and now there are several books with titles There Once Lived a Girl Who Seduced Her Sister's Husband, and He Hanged Himself; or There Once Lived a Mother Who Loved Her Children, Until They Moved Back In.

Her other types of art, be it spirited songs, self-portraits or animated films, stand in contrast to her frequently macabre stories.

Petrushevskaya’s plays are staged by Moscow’s top theaters, and her experimental musical project, “Cabaret Noir,” has been packing audiences into many different venues for the past decade. Yet Petrushevskaya remains true to herself her hallmark approach is discernible in everything she does

Video: Petrushevskaya performs on the stage of the Mayakovsky Theater during her 75th birthday.

performs her own material with a live band, and her songs are partly humorous, partly satirical, with new lyrics performed to well-known tunes.

Cabaret Noir illustrates the complete “” (as she calls it) of her character. Her jaunty songs poke fun at the band and are interspersed with her short stories that are about death, or more accurately, how the realms of life and death border each other.

The discrepancy between content and her presentation style leaves the audience in peals of laughter of the kind that sweeps through an audience. Her typically fractured fairy tale of a girl who got lost in the woods and was separated from her parents for many years is read with a saccharine smile. Another tale – about an alley cat adopted and brought home, which then proceeds to poop all over the flat and keeps its new owner awake at night – is close to the style of a taut thriller.

The granddaughter of a famous philologist, Petrushevskaya also tried her hand at linguistic tales with her series “Pusky Byatye.” They’re amusing tales where all the vocabulary is made-up, yet somehow remains understandable to Russian-speakers in its sounds and structure. The main characters – Pusky, Kalusha the Kalushettes – later appeared in an animated film. 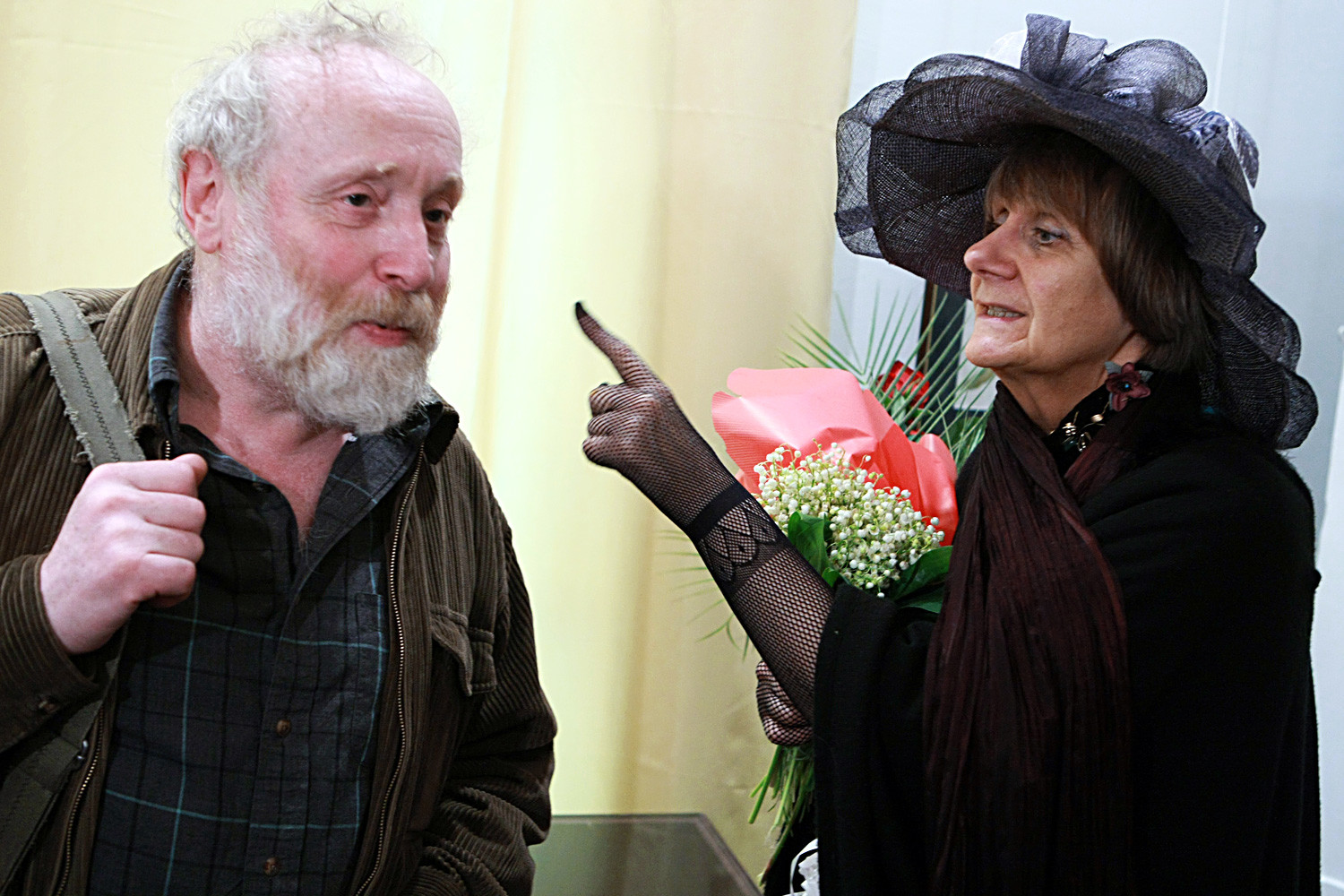 Petrushevskaya has a longtime friendship with the famous animator Yuri Norstein, creator of the cult-animated classic, Hedgehog in the Fog. She even wrote a screenplay to Norstein’s Tale of Tales, which was voted “Best animated film of all nations and times” in an international opinion poll held by the Academy of Cinema Arts in conjunction with ASIFA-Hollywood in 1984 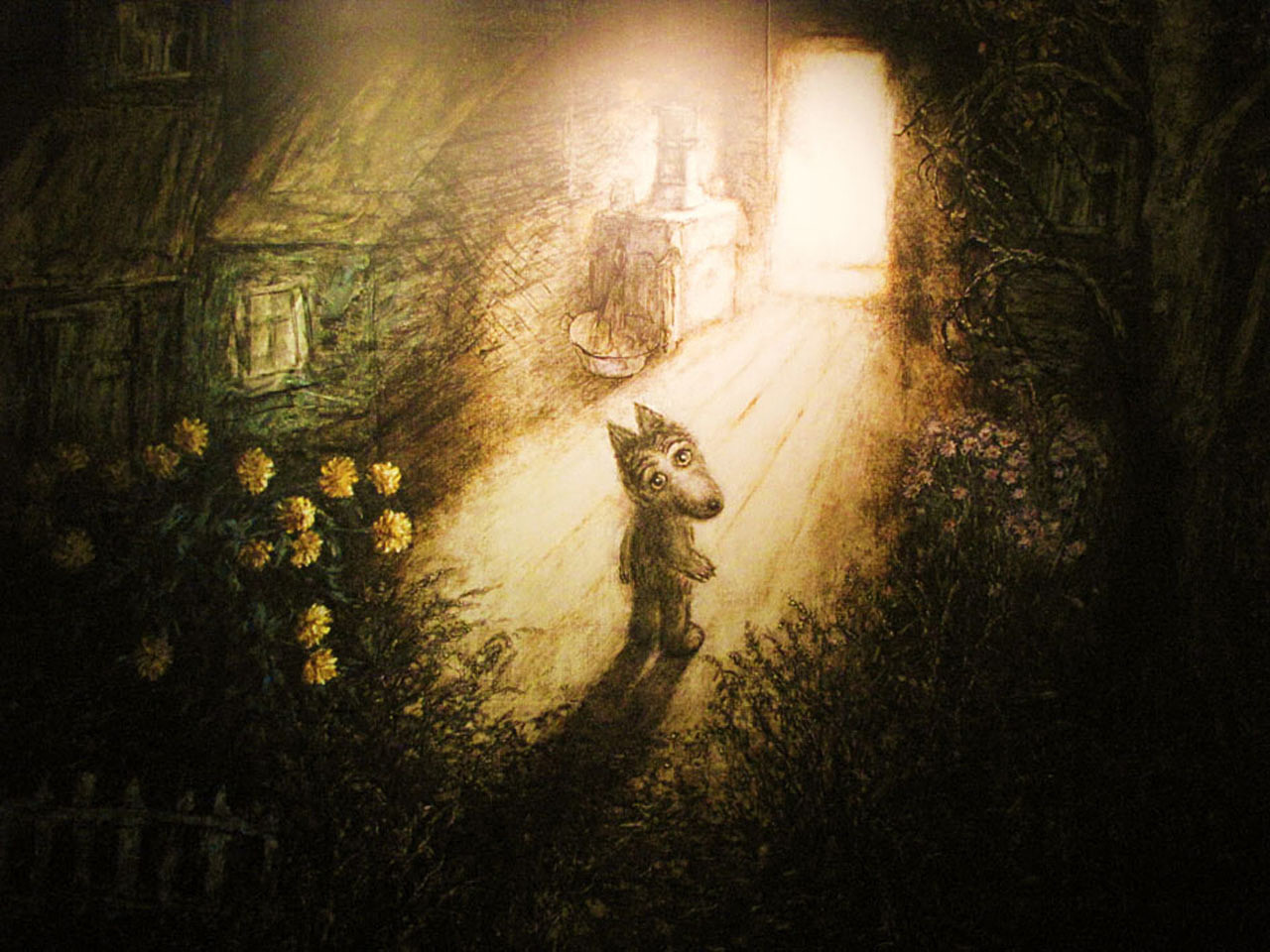 A screenshot from 'Tale of Tales'

far from being a children’s cartoon, but rather, it’s an individual collection of allusions to Russian history in which very personal experiences mingle with childhood memories of the Second World War, alongside deeper images from Picasso and Russian fables.

Petrushevskaya once wrote that Norstein is a and that even in the cartoons in which he played a secondary role she could see his “Mozartesque” themes and characters.

Her use of deceptively naive narratives that act like fables with deeper philosophical meaning is a continuing theme in her work. In 2002, she released a trilogy of books about Peter the Piglet for toddlers. These simple stories were an Internet success, and adults made their own cartoons and fan-fiction based on them, some of which bordered on the limits of good taste. Yet, Petrushevskaya takes this kind of popularity in her characteristic stride. “So what? There vulgarity and swearing? That’s completely natural, it’s a folkloric reworking,” she said 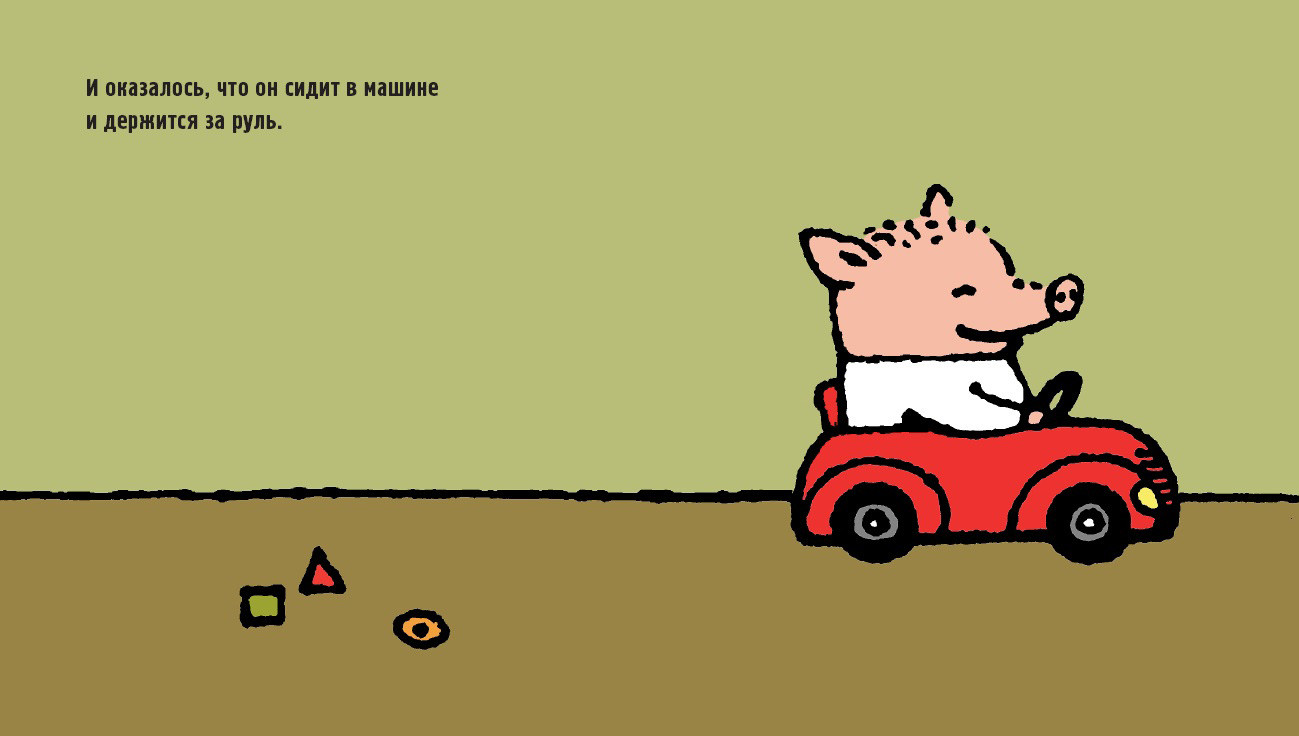 Peter the Piglet and the car, illustration by Alexander Reichstein

penchant for animation also gave rise to a series of her own illustrated comics in which black-and-white stick men engage in humorous repartee. Still, the feeling has much of the grim nature of her prose. The daily grind of Soviet-era life, and the way people deal with each other (especially at home inspires her comic genius, a lyrical mix of sardonic and bitter amusement.

Moscow Museum of Modern Art has an exhibition devoted to Petrushevskaya and the spirit of her generation, May 22 – July 22, 2018