The BEST Russian military bands to pump up the volume (VIDEOS) 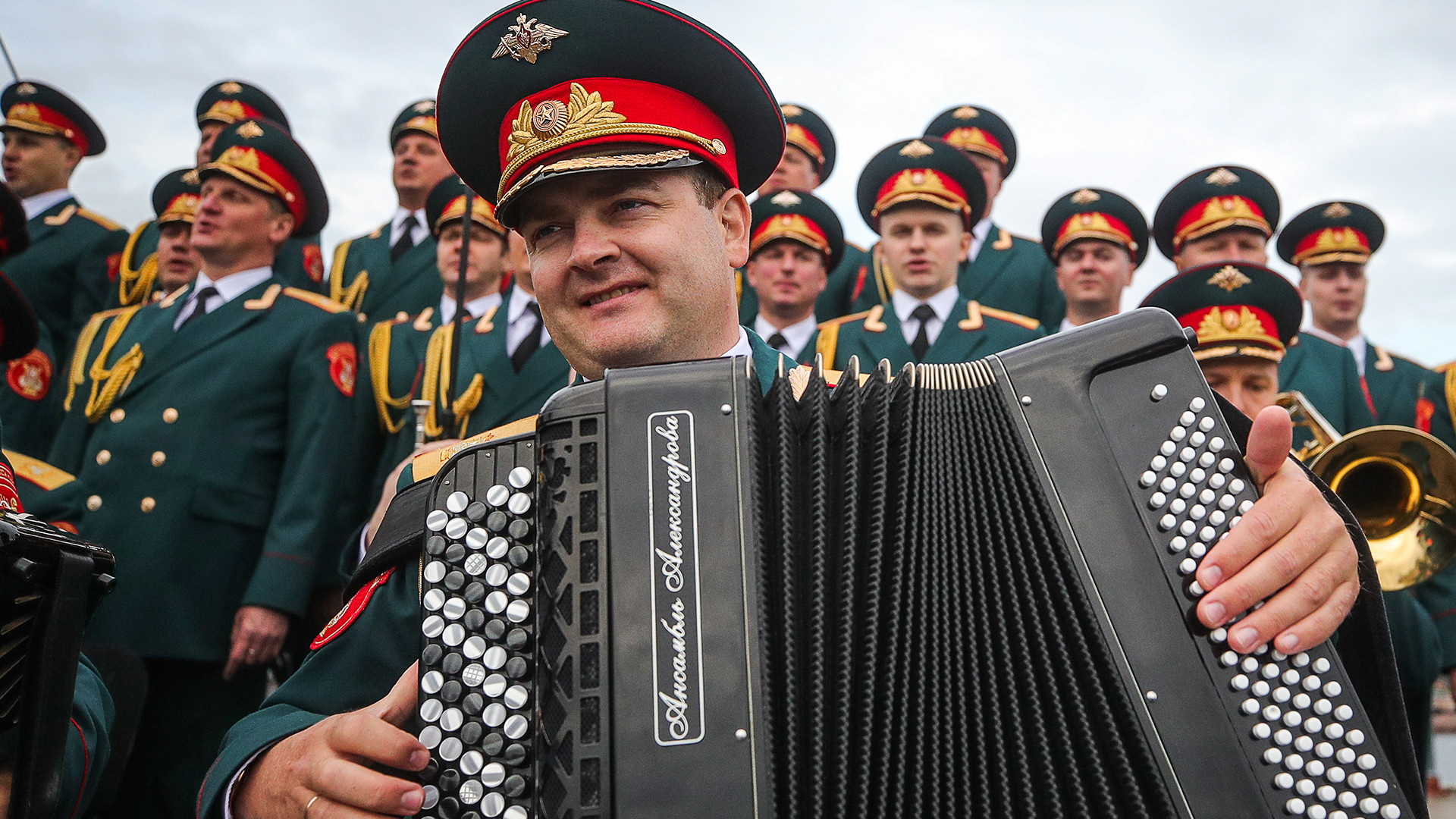 Sergei Bobylev/TASS
These military choirs and ensembles will make you sing, dance (and love Mother Russia)!

In Russia, different kinds of armed forces have their own music ensembles. Military musicians not only support the spirit of the Russian soldiers, but also perform concerts for all. The glory of some of these singers and dancers is widespread all over the globe. Here are the most famous Russian military bands. 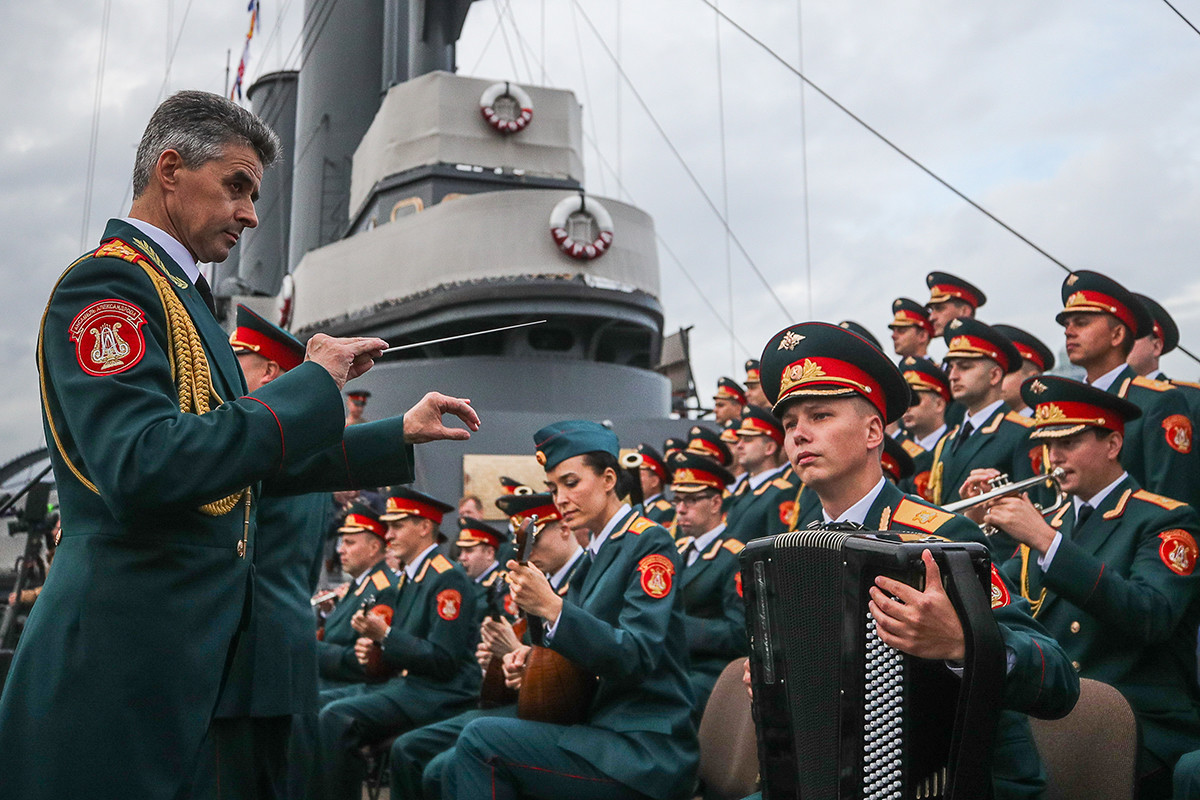 The legendary Alexandrov Red Army Ensemble is one of the largest military bands in Russia. The first Red Army choir included just 12 performers in 1928 but, by the mid-1930s, there were already 300! It’s founder, Major General Alexander Alexandrov, was the author of the Soviet anthem and many famous war songs. During World War II, his ensemble performed on the front lines more than 1,500 times and Alexandrov died in 1946 in Berlin, where was on tour.

In 2016, 64 musicians and their leader died in the tragic Tu-154 plane disaster above the Black Sea; the ensemble was on the route to the Russian base in Syria. However, the Alexandrov Red Army Ensemble continues to perform in Russia and beyond. 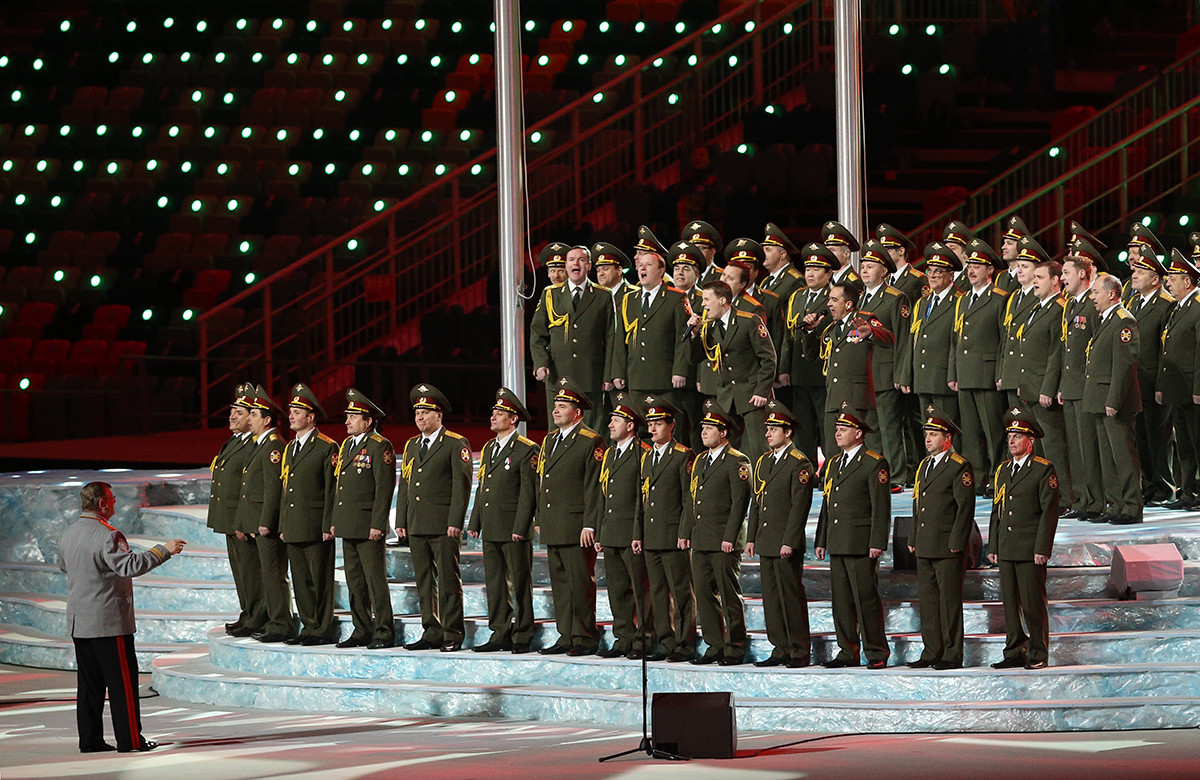 The official title of this band is ‘Rosgvardia Academic Song and Dance Ensemble’. It’s the ensemble of the National Guard and the Russian Internal Ministry. Founded in 1973, this band includes dancers, an orchestra, a kid’s ensemble and a choir of 70 vocalists, who serve in the Russian police or National Guard.

This choir is famous for its renditions of international hits, such as ‘Get Lucky’ and ‘Last Christmas’. 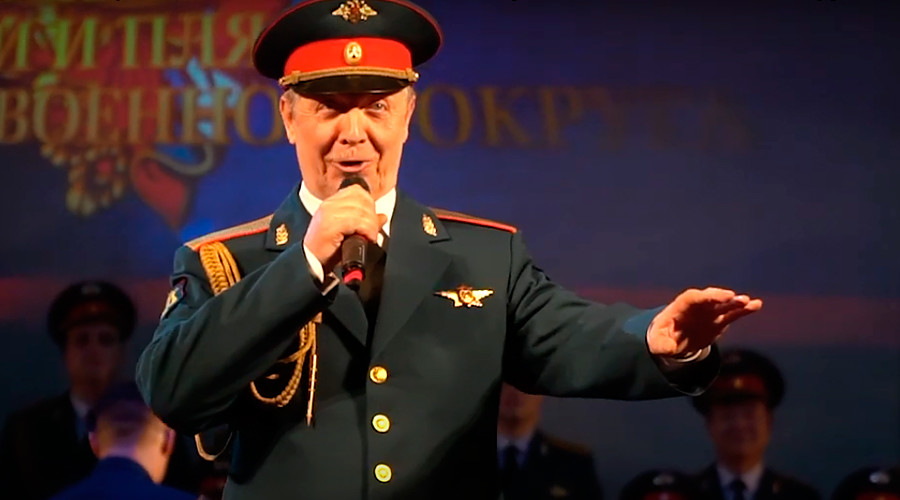 The ensemble of the Western Military District was created in 1929 at the Leningrad House of the Red Army. The band consisted of only six singers, two dancers, an accordion player and a reciter, but soon filled with several dozens of new performers. During the war, they held more than 2,000 concerts for the defenders of Leningrad, including those on the front line. In the 1960s, the ensemble toured abroad to countries such as Austria and Cuba. Three times (1982, 1984, 1986) musicians flew to Afghanistan, where they performed about 50 concerts for the soldiers. In 1986 and 1987, they sang for the liquidators of the Chernobyl disaster. The ensemble is a laureate of international song competitions and festivals. 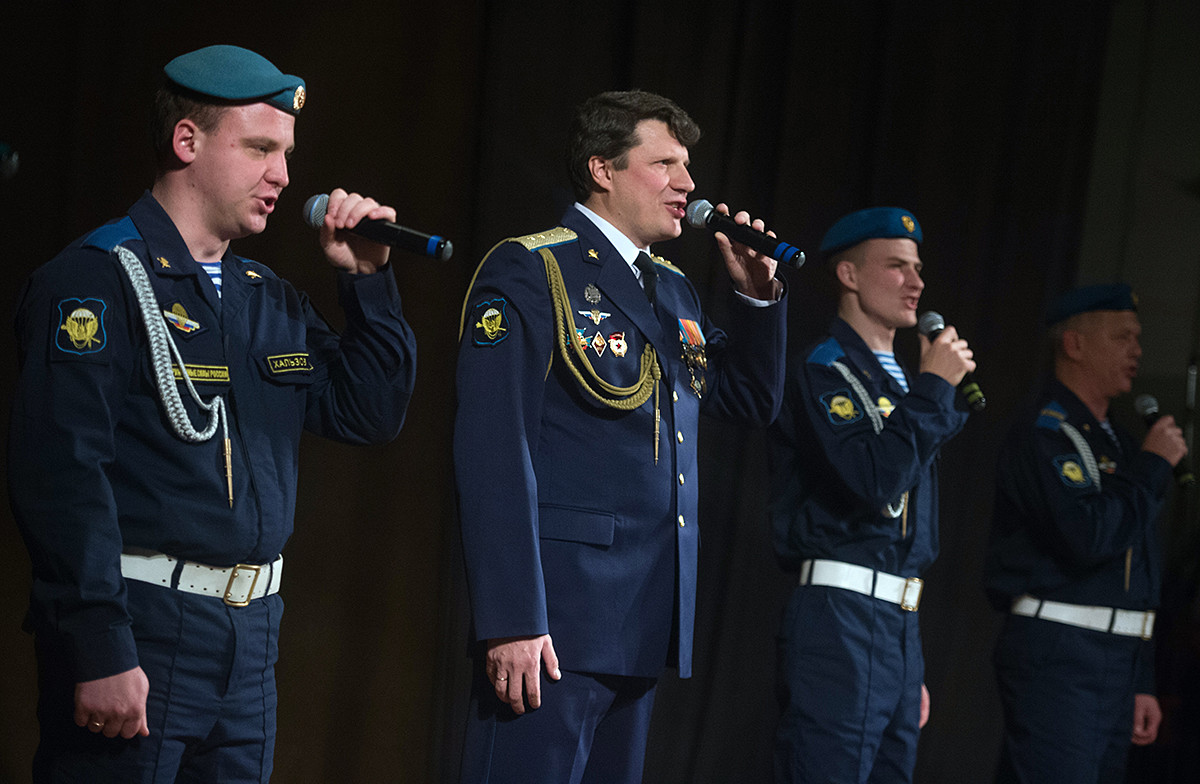 The band of the ‘Blue Berets’ was founded in 1937. From the first days of the Great Patriotic War, musicians would perform on the front lines, from Stalingrad to Berlin. In the victorious year of 1945, with the combat units of the Guards Army, the ensemble entered Berlin and at 9 am, May 3, performed a concert on the steps of the defeated Reichstag. In the subsequent years, the band toured across many cities of Germany and the Soviet Union, Czechoslovakia, Poland, Hungary and other European countries. In 1994, the ensemble was relocated from Germany to Moscow. Nowadays, they give over 100 concerts a year throughout Russia and abroad. 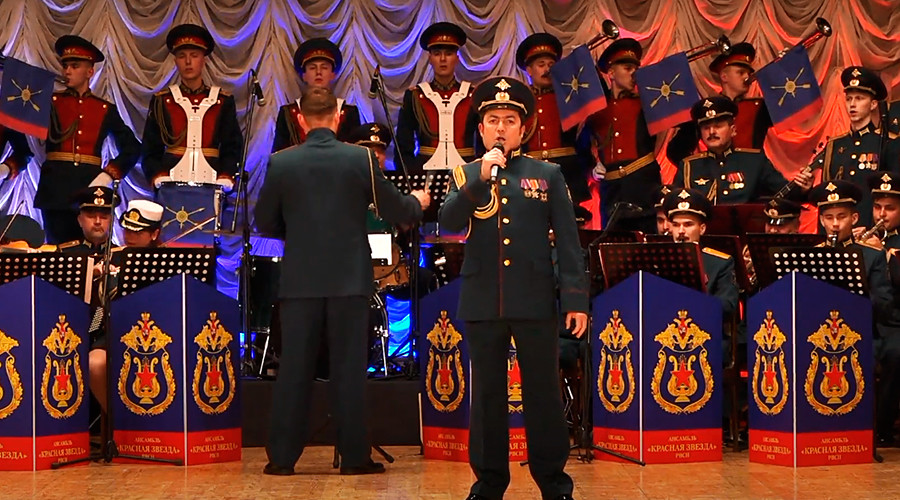 The Krasnaya Zvezda (“Red Star”) Song and Dance Ensemble of the Strategic Missile Forces was established in June 1977. The main concerts took place in remote military towns of missile soldiers and in the hottest war zones - Afghanistan and Chechnya. 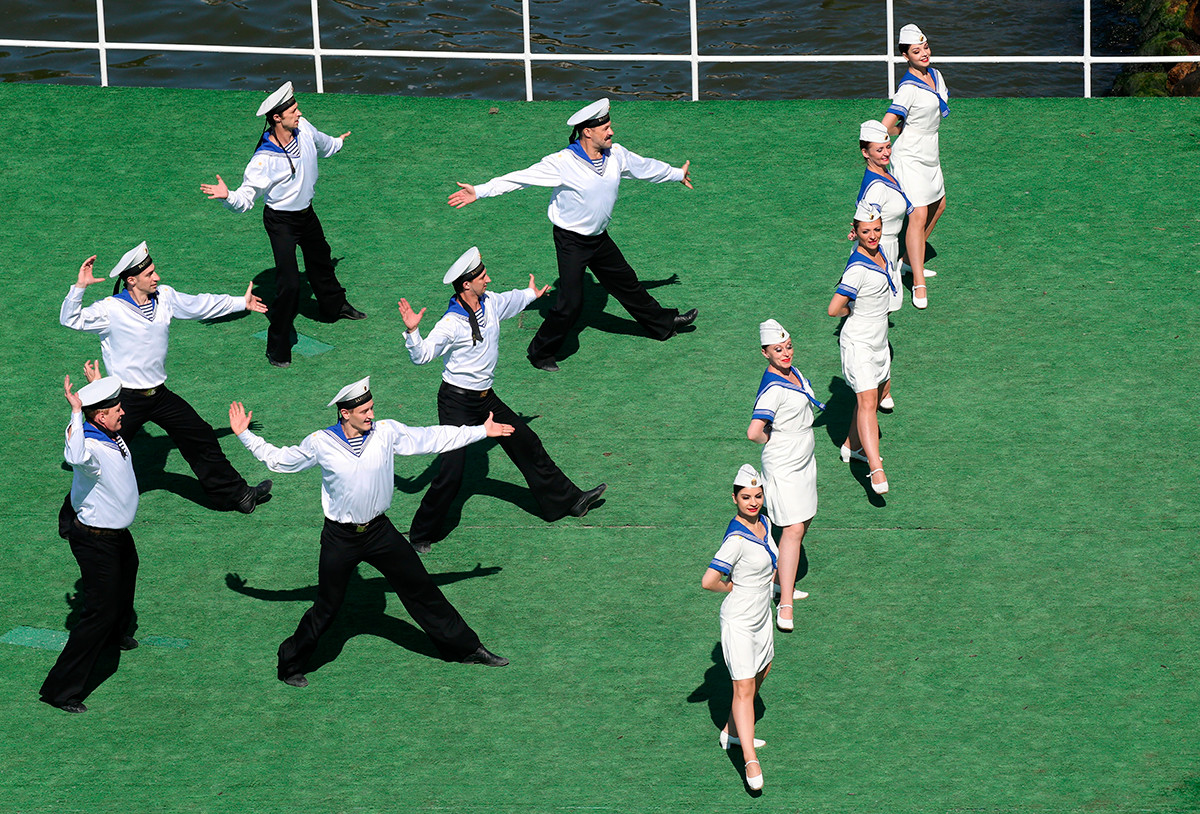 Founded in 1939 in Leningrad, the Ensemble of the Baltic Fleet closely worked with Soviet composers and poets, writing the songs for navy servicemen. During the Great Patriotic War, the ensemble’s artists took part in the defense of the Moonsund Islands. All 900 days of the siege of Leningrad, they were in the city, performing for its residents and on the front line. During the war years, the ensemble performed about 2,500 concerts. Almost a third of it’s members died during that time. Since 1953, the Baltic Fleet Ensemble has been located in the westernmost region of Russia in Kaliningrad. 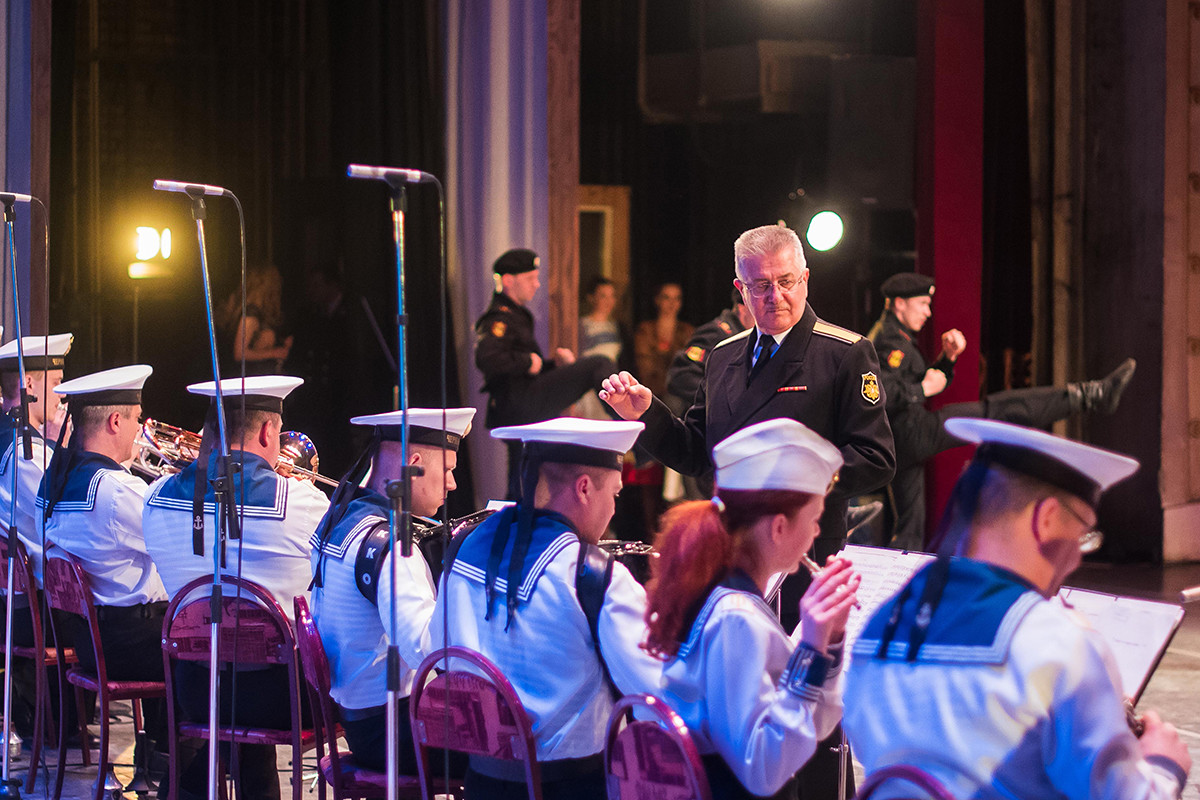 The first Russian sailor’s choir was founded in Sevastopol in 1903 by Fyodor Chaliapin. Its members subsequently entered the Black Sea Fleet Ensemble in 1932. Like other musicians, they performed in front of sailors during the war years - they gave more than 2,000 concerts. In 1945, the ensemble performed in front of the participants in the historic Yalta conference. The musicians still perform not only in concert halls, but also on the decks of warships. The audiences especially enjoy the sailor songs and dances.