Meet the most famous American in Siberia 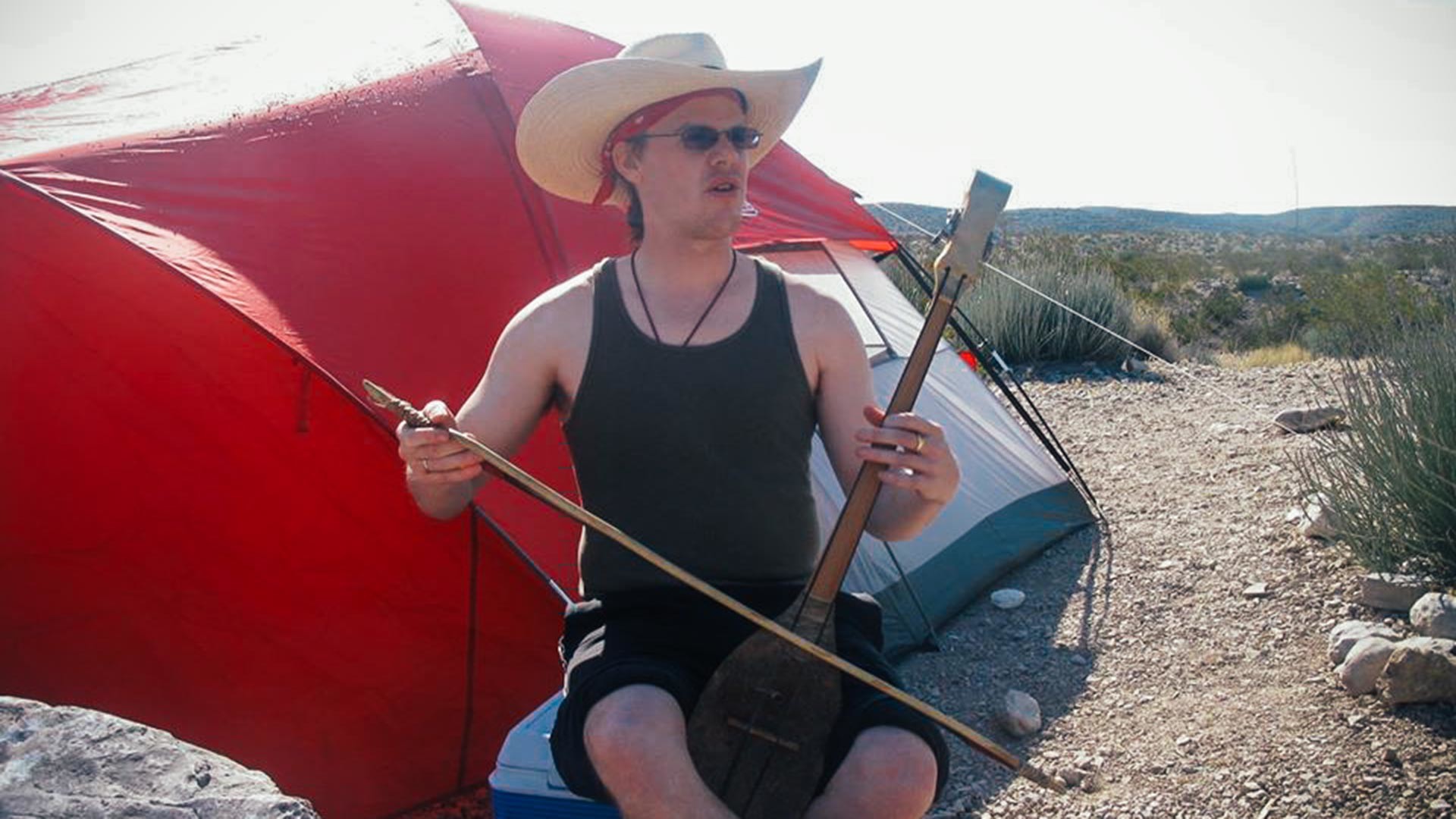 Personal archive
This American has been a music enthusiast all his life: he plays the saxophone, the flute and the clarinet. Now he’s taken up different styles of throat singing, while raising five children and speaking Russian… with a Tuvan accent.

“Music is the reason I came here,” says Sean Quirk, an intelligent, red-haired man in glasses from Kyzyl, the Tuva Republic’s capital. Born in Milwaukee, Wisconsin, he now promotes the local traditions at the cultural center and plays ethinic Tuvan music, including the throat singing.

How Tuva changed the life

Back in 1999, he once heard an album by a Tuvan band called ‘Huun-Huur-Tu’ and “fell in love with this music” by his own confession. The band’s name means “sunlight splitting into many diverging rays in the clouds”. It is one of the best known Russian folk bands in the world, that performs throat singing. 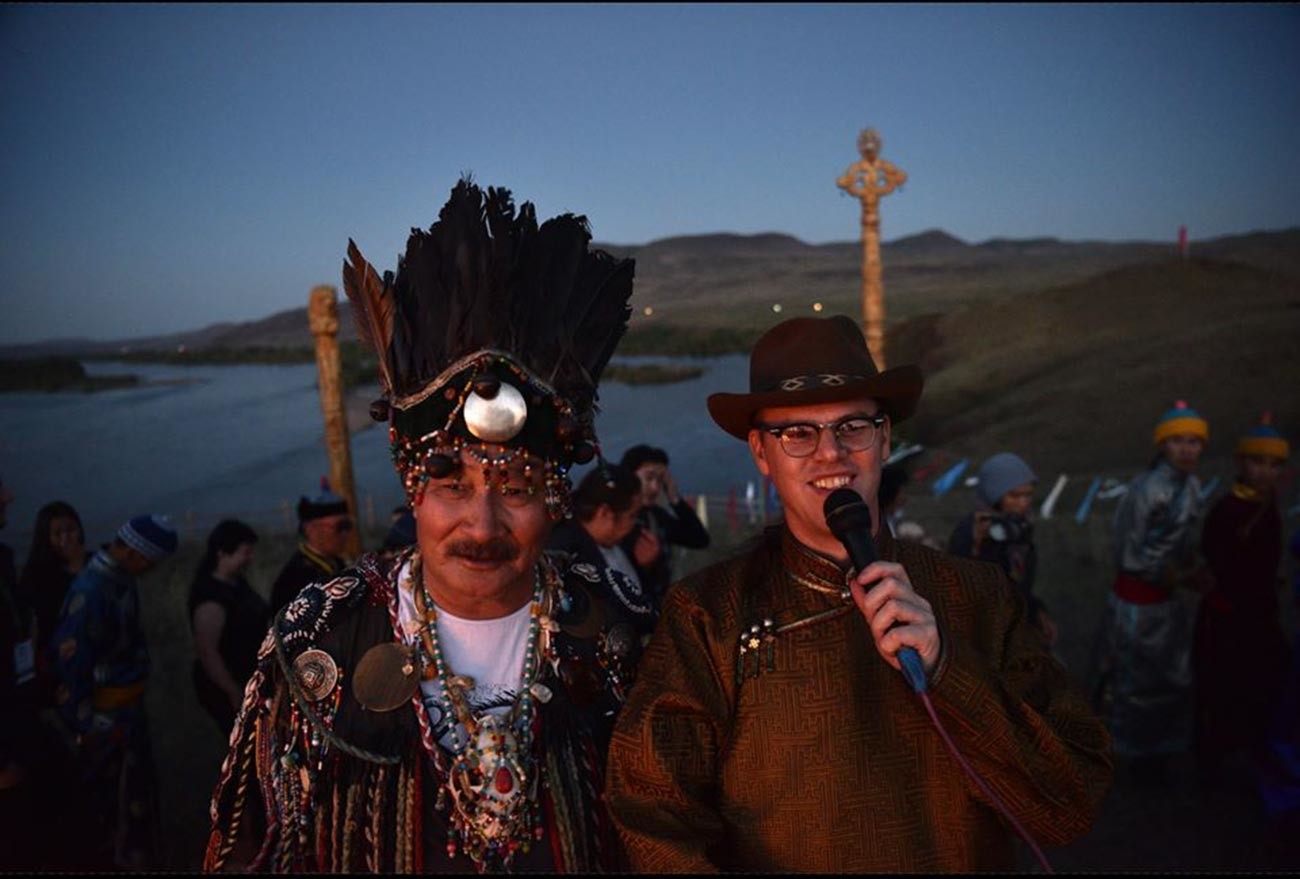 “Many people who have ever heard it try to imitate it, it’s very natural,” Sean says. “And that’s what happened with me. I was trying, and trying ,and trying to do this music, until in 2003, [I] came to Russia as a 25-years-old Fulbright program student.” And he is still here, 17 years on.

Actually, he has been a music enthusiast for all his life: he’s an avid saxophone, flute and clarinet player. In Kyzyl, he learnt how to play more folk instruments: the ‘doshpuluur’ (a kind of plucked lute), the ‘igil’ (a bowed 2-string instrument), the ‘byzaanchy’ (a bowed 4-string instrument), and different styles of throat singing. For about 12 years, he was a musician in the Tuvan National Orchestra. Meanwhile, he is still the only foreign musician who has ever worked with the Orchestra - and the only foreign ‘Distinguished Artist’ in the Republic. When the Tuvan Cultural Center opened there 5 years ago, he was invited to work there and left the Orchestra to make room “for young talented musicians”, as he explained. 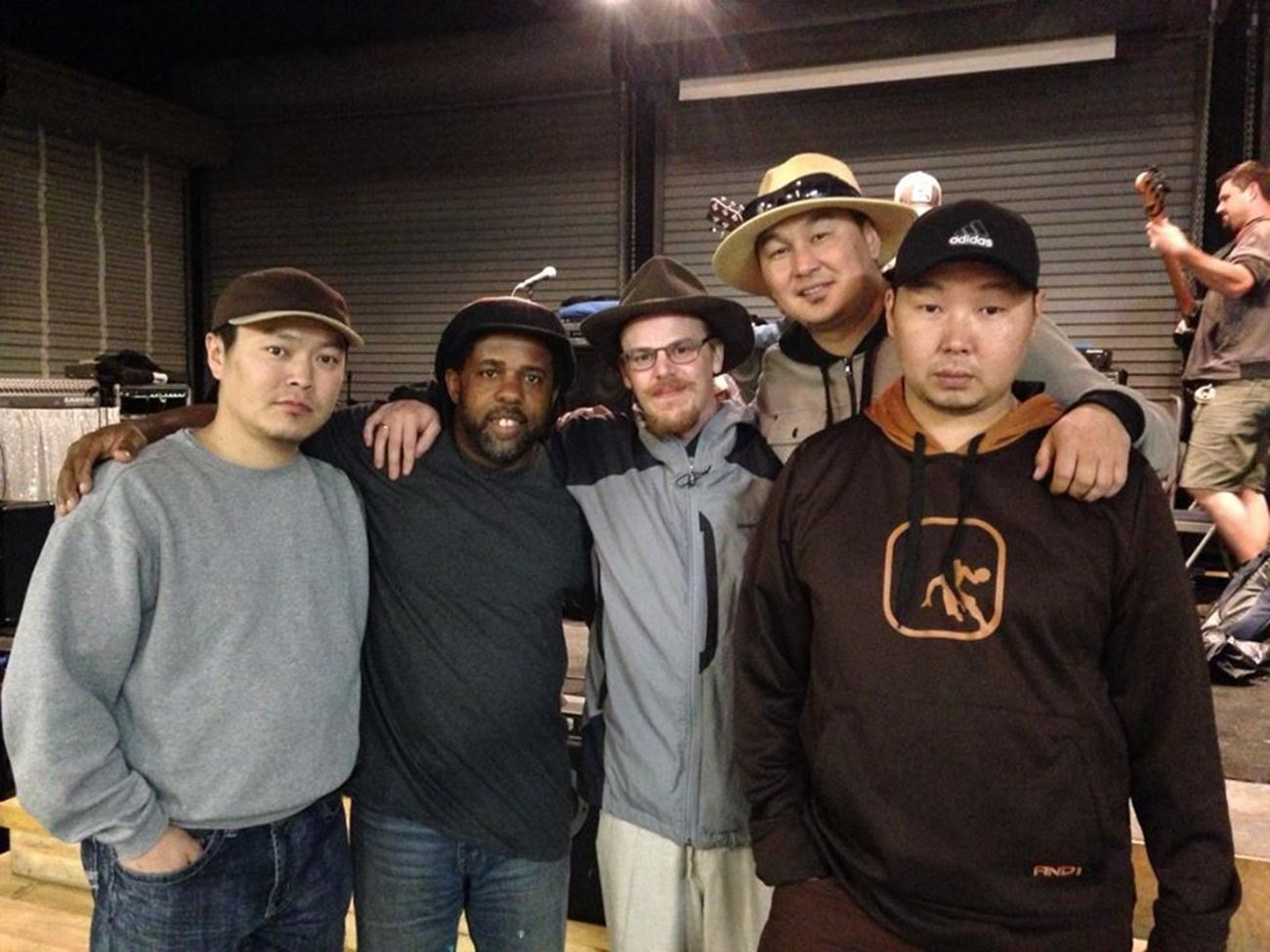 His official title at the center is ‘artist-vocalist of the throat singing’, but people call him “Perekhodnik” (Adapter), because he does any job, from fixing the computers to teaching music and producing the international festivals, in addition to working as emcee of major events. Besides, he is the producer of the Alash ensemble: they perform ethic music and several times a year go on international tours. For Sean, it’s also the opportunity to see his parents in the U.S. “They are big supporters of me and the Tuva culture,” he said.

An American with a Tuvan accent

Before arriving here, Sean had been studying Russian for about one year. However, he realised that to understand the folk culture, he needed to speak Tuvan. 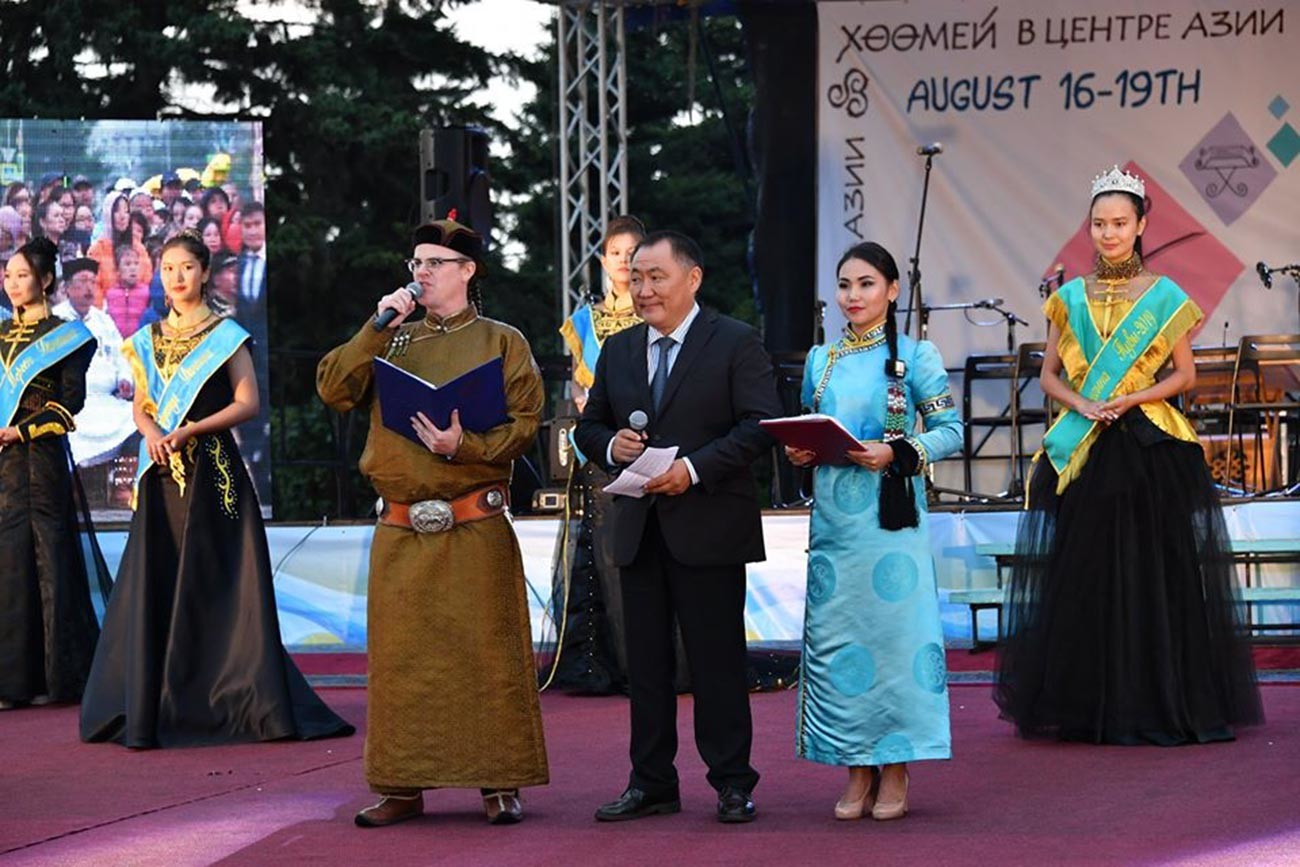 “All of the terminology for throat singing is difficult to translate. There are many words: khöömei, kargyraa, borbangnadyr, etc. They are all translated usually as the styles of singing, but actually, these are different vocal ‘instruments’. And the whole music system, because many folks abroad have their versions of throat singing, but Tuvan is not the same,” he explained. “It came from the nature and the daily life of the nomad people.” Thus, he decided to switch from Russian to Tuvan as his main language.

“Just 3 months later, my Tuvan was rather better than my Russian, because I was immersed from the first day I got here,” he said adding that other people confuse him with a local on a phone, as he has no western accent, unlike when speaking Russian. He’s also got a nickname in Tuvan: ‘kushkash-ool’ (which translates as “bird-boy”). “Sometimes, I even want to use Russian and think, how would it be in English.”

He is not the only foreigner who was charmed by this region. “A Japanese woman has been living here for over 10 years. She studied at the Arts Collage and learnt Tuvian before Russian. People laugh when we meet: I don’t speak Japanese very well and her English is not so good, so we speak to each other in Tuvan. For people it’s completely like [a] prikol (cool),” Sean says, mixing English and Russian words. 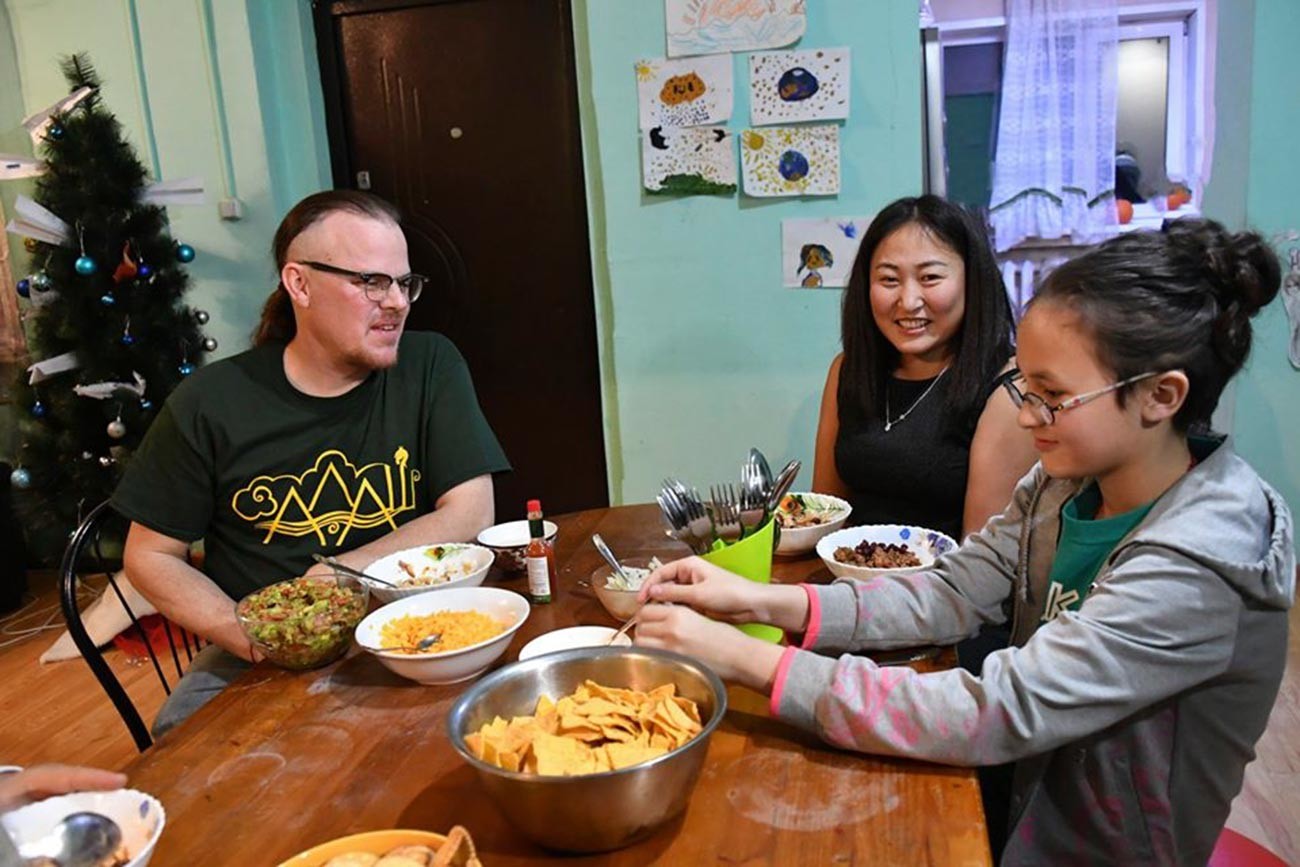 In Kyzyl, he found his one and only, Svetlana, and now they’re raising five kids from 5 to 13 years of age: four girls and a boy. They have Tuvan names, American surnames and the Russian-style patronymics ‘Seanovich’. Sean notes that in his family, they speak three languages, and Tuvan is the main one.

“Tuva is the only Siberian region where the indigious population is still a majority and most people speak Tuvan at home, while Russian is used as the official language,” he says. “However, there’s no TV channel in Tuvan and very few cartoons, nobody even does YouTube in Tuvan. When my daughter was in kindergarten, she was the best Tuvan speaker in the class.”

“When I tell people in the U.S. that I live now in Siberia, they think it's so cold and there are lots of bears! People don’t realise that Siberia is a really amazing, diverse area with lots of different cultures, languages, beautiful landscapes, it’s a treasure,” Sean says. But the stereotypes were waiting for him in Tuva, too. 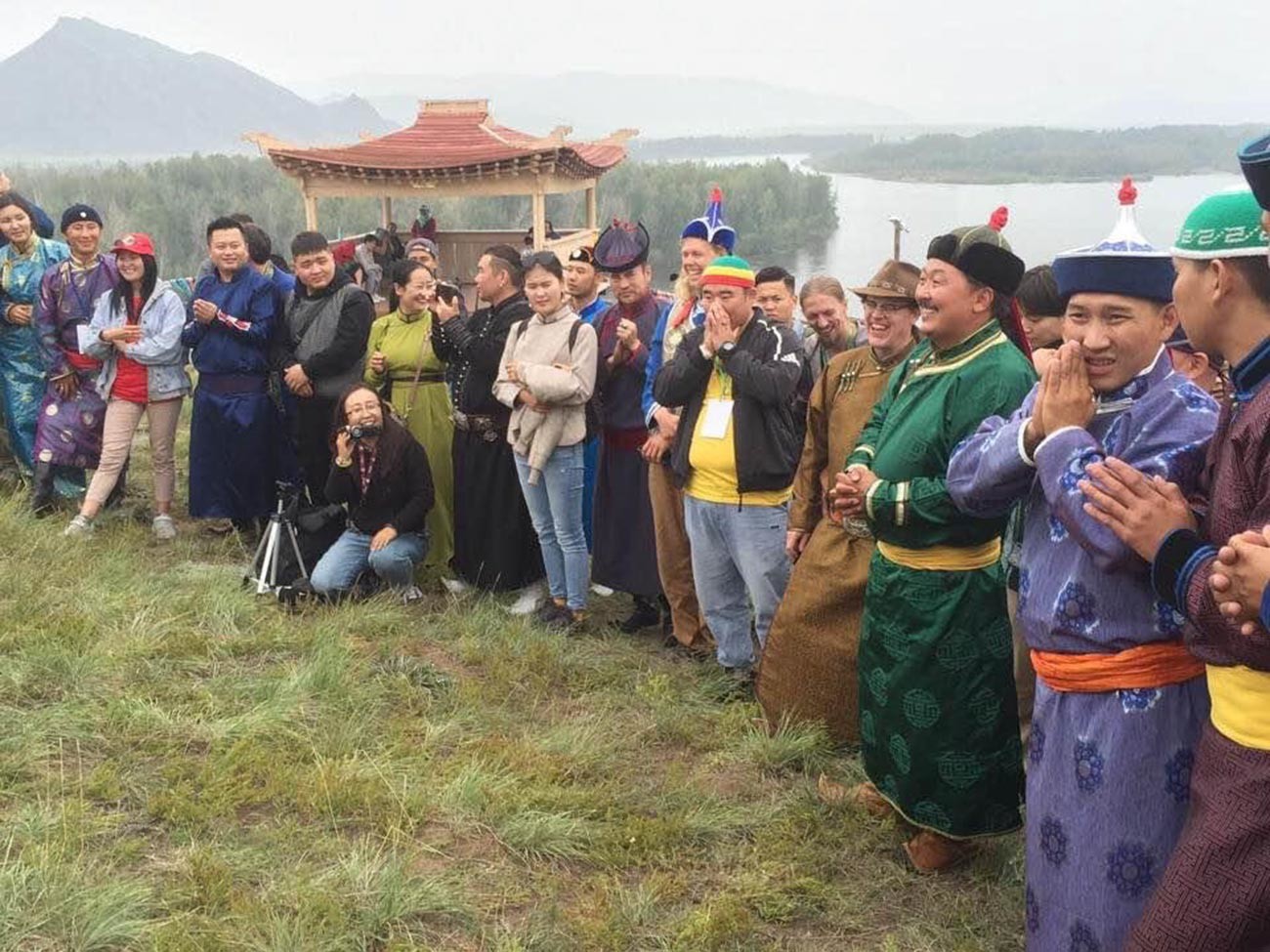 “People here usually say to me: you are different than we thought and from the way American people are shown on TV. And I am happy,” Sean says. “One of the most popular stereotypes about American is that they are tall, fat, and don’t care about anybody else. Of course, every stereotype is based on something. But actually, people everywhere are just people and they want the same things in the whole world. We all want just to live in peace.”

In any language, there are words that are hard to translate into other languages, Sean says. “In Russian, it’s ‘toska’ (which is a kind of melancholy) . In Tuvan, it’s ‘khei-a't', which literally means “emptiness horse”, but it implies that you have got a strong spirit and enthusiasm, things will go your way. In English, such a word could be ‘challenge’. It’s hard for you to do, but after you will grow as a person. I like challenges. Live in a totally different culture and speak in a different language,” Sean says.

“I think living here gives me a much broader understanding of the world. I look at my children, my wife, and while I cannot say I used to live a perfect life, when it led me to making the big decision, I think I made the right decision when the universe knocked on my door. And here I am.”