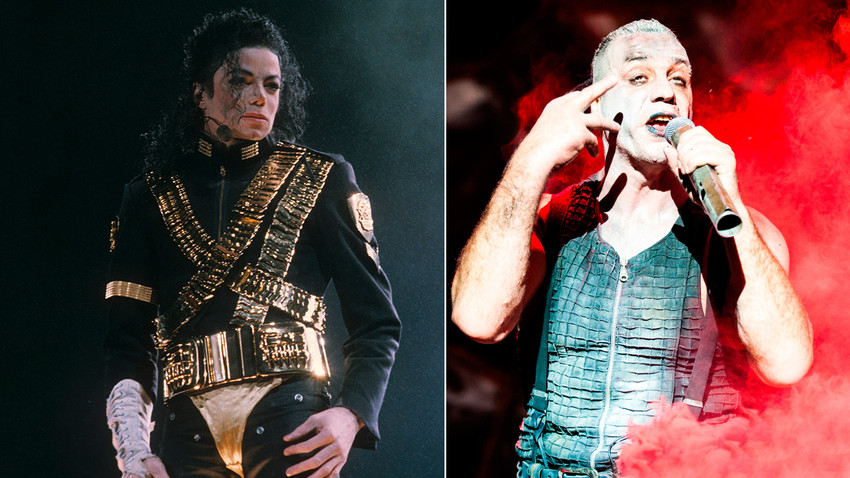 Evgeny Matveev/Global Look Press; Legion Media
Have you noticed that some popular musicians and bands have added Russian phrases and words to their songs? Moreover, sometimes these phrases come out of nowhere!

There is an unexpected passage in the dance track by this popular British solo artist. A young girl says in Russian with an accent: “Ya ne obyazana vam snova napominat, chto ya kommandir etoy operatsii. Vy vsegda dolzhny podchinyatsya moim prikazam. V protivnom sluchaye vas zhdyot nemedlennaya likvidatsiya.” (“I don’t have to remind you again that I am in charge of this operation. You must always obey my orders. Otherwise, you will be eliminated immediately.”)

The song by this cult band begins with these words in Russian: “V doklade rassmatrivayetsya evolyutsiya yadernykh arsenalov i sotsialno-psikhologicheskiye problemy gonki vooruzheniy.” (“The report examines the evolution of nuclear arsenals and the socio-psychological problems of the arms race.”) Then a siren sounds, and the phrase is repeated throughout the entire track.

The king of pop allegedly wrote this song in a Moscow hotel room in 1993. As he later said on numerous occasions, he was feeling very low and lonely at the time. The song ends with the words in Russian: “Zachem priyekhal k nam ty, vrag ot Zapada? Priznaysya. Priyekhal, chtoby ukrast ot nas velikiye dostizheniya, Velikiye trudy rabochikh. Priznaysya. Podkupit narod bogatstvom Zapada ty staralsya.” (“Why have you come to us, enemy from the West? Confess. You’ve come to steal the great achievements, the great accomplishments of the workers. Confess. You tried to bribe the people with the riches of the West.”)

In this song, the famous Italian heart-throb declares his love in four languages: English, French, German and Russian. In Russian he says the following phrase: “Ya tebya lyublyu, zhit bez tebya ne mogu.” (“I love you, I can’t live without you.”)

The German rock band often tours in Russia and one of their recent songs is dedicated to the Russian capital. In it, the Russian language can actually be heard in every other line, and the entire chorus is sung in Russian by female vocals. “Raz, dva, tri, posmotri, pionery tam i tut, pesni Leninu poyut!” (“One, two, three - look, Pioneers here and Pioneers there, singing songs to Lenin.”)

At the beginning of the music clip by the French pop star an exchange between traffic police can be heard - “Ochen medlennaya skorost.” (“A very low speed.”)

What foreigner doesn’t dream of going on a train journey around Russia? And lead singer Udo Dirkschneider from the German heavy metal band explains perfectly what to expect from such a journey. And what a heart-warming video he made, showing get-togethers accompanied by vodka, ‘Olivier’ salad and an accordion. “Poyezd po Rossii idyot i idyot. Poyezd po Rossii - sto gram, i vperyod!” (“The train in Russia travels on and on. The train in Russia - 100 ml [of vodka], and full speed ahead!”)

A very mysterious greeting from the 1990s!