Russian folk (and often racy) ‘rap’ about Putin and others 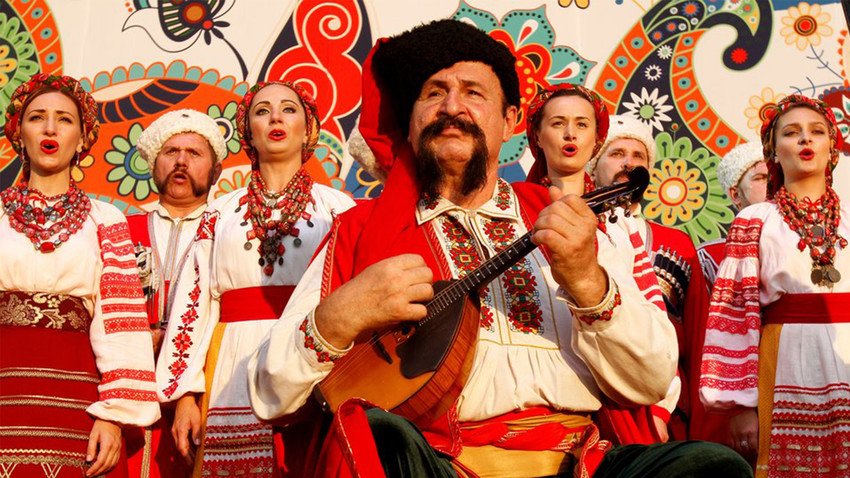 Nikolai Gyngazov/Global Look Press
One of Russians’ favorite pastimes is composing songs on topical issues of the day and singing them to the accompaniment of an accordion or a balalaika. What, you’ve never heard of 'chastushkas?'

Russian folk songs don’t always have to be about birch trees and valenki. Imagine: on a warm summer evening, young people go out for a walk around the village and take turns to sing short, funny, and often a bit racy, rhymes that they compose as they go along. 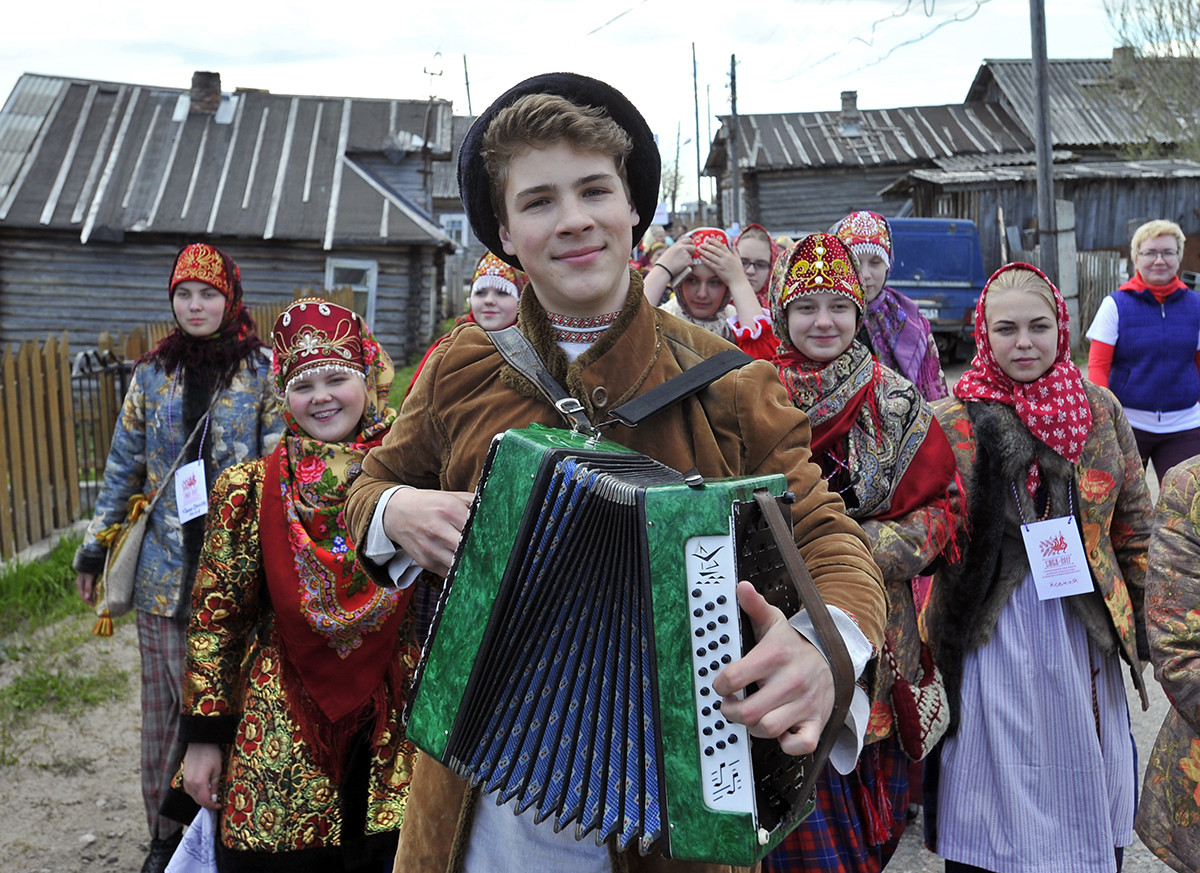 Some of these songs have even been translated into English, although it is rather difficult to do, primarily because of the wide variety of not printable words they feature (the translation has been taken from here and here):

Giving gifts to everybody;

You get daughter, you get son,

From love to politics in a single rhyme

This genre of Russian folklore came to academics' attention only in the second half of the 19th century. Writer Gleb Uspensky published a collection of Russian folk songs, in which he coined the word ‘chastushka’ to denote short rhythmic verses with high beat frequency (from the Russian word chastit’, meaning to do something with high frequency).

Chastushkas are performed to the accompaniment of an accordion or a balalaika. Furthermore, each region and each people have their own chastushkas: Tatar, Mari, Chuvash, Bashkir. They use different tunes and are performed in different languages, but there are no limits to their subject matter. One could say that a chastushka is a folk reflection on the events taking place in the world around. And what it is that any person is concerned about? Relations with the opposite sex, work and a little bit of politics. 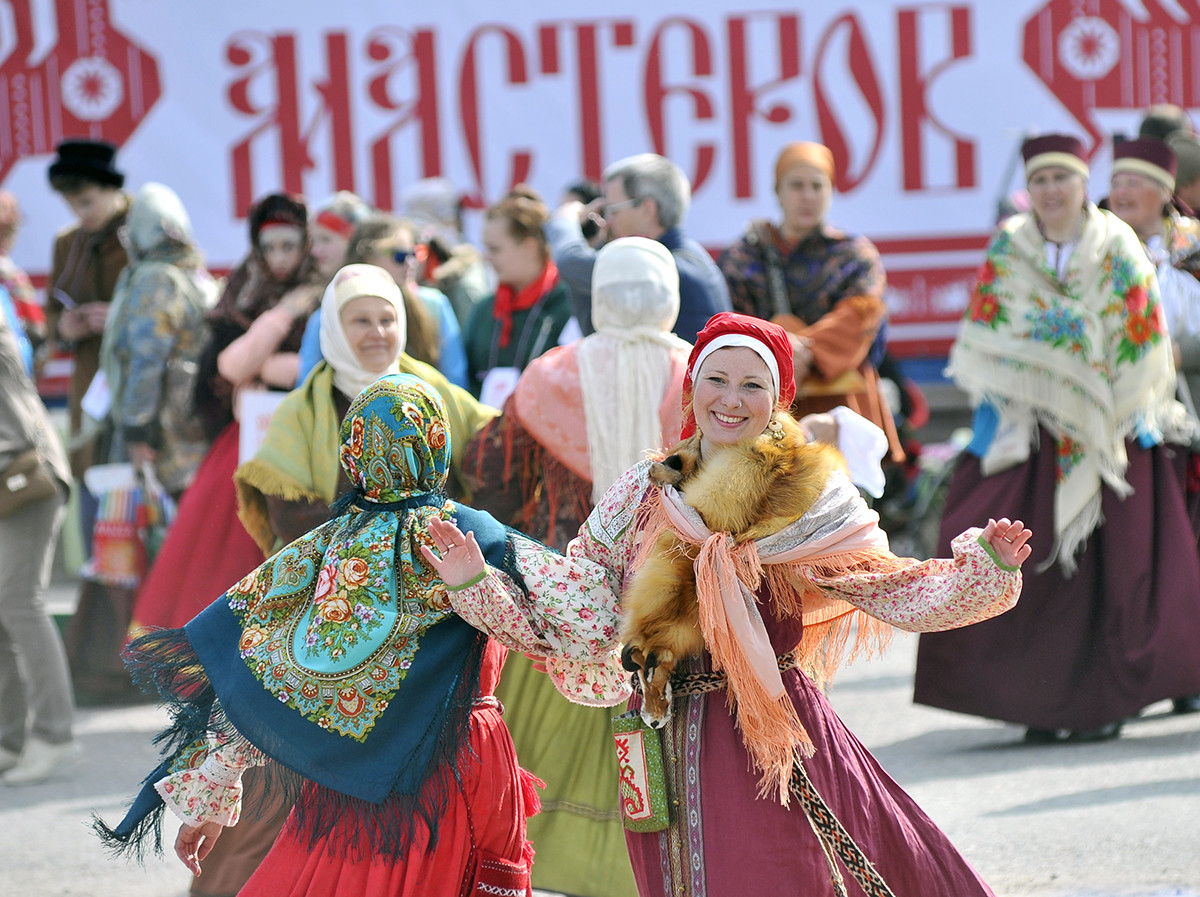 The most popular form of chastushkas is known as ‘Semyonovna’: this tune is used in numerous cheerful ditties about young women and village life (‘Semyonovna’ is the patronymic name of any woman whose father is called ‘Semyon’). You don't have to beat the rhythm with your feet, but how can you resist?

“Ah, Semyonovna, I am singing out of boredom,

I am singing and thinking, what sort of life I have."

After the Bolshevik Revolution, a large number of political chastushkas emerged, for example, Yablochko (little apple), a song about revolutionary sailors. It is considered a folk song, that is why there have been numerous improvisations of the same tune. In the film adaptation of Mikhail Bulgakov’s ‘Heart of a Dog’, a version of Yablochko is the first thing that the main character Sharikov learns after becoming human.

Soviet writers and TV directors often made use of chastushkas: for example, in Ilf and Petrov’s ‘The Twelve Chairs’, at the sight of Ostap Bender, who introduces himself as a fire inspector, characters begin to sing:

Bugs were sitting on the wall,

And enjoying the sun.

When they saw the financial inspector

They immediately had gone.

Chastushkas created by ordinary people were often more sarcastic, especially when they took on the never-ending problem of shortages. For obvious reasons, those chastushkas were not performed among strangers and were not published in song collections, although some of them can be found in people’s private archives.

Here at the Voroshilov sovkhoz,

We have a very varied diet:

And more tea for dinner.

And even about Putin

During the years of perestroika and glasnost, political chastushkas began to be performed openly, although they were increasingly less popular among young people, thanks to Western music. Nevertheless, today there are still artists who specialize in composing modern-day chastushkas.

There are even chastushkas about contemporary politicians. For example, this song from the play ‘Election Day’ became very famous, due to its combination of humor and subject matter. The story is a sad one: women in one village were unable to get sexual satisfaction. They tried everything! So, help came from the very top:

And then the people said:

To the whole body.”

The girls looked out of the window:

There was Putin in a kimono

Skiing down the slope.

The girls ran outside,

In their birthday suits…

He looked at the girls.

And that’s when it worked.