The many faces of Soviet stained-glass windows (PHOTOS) 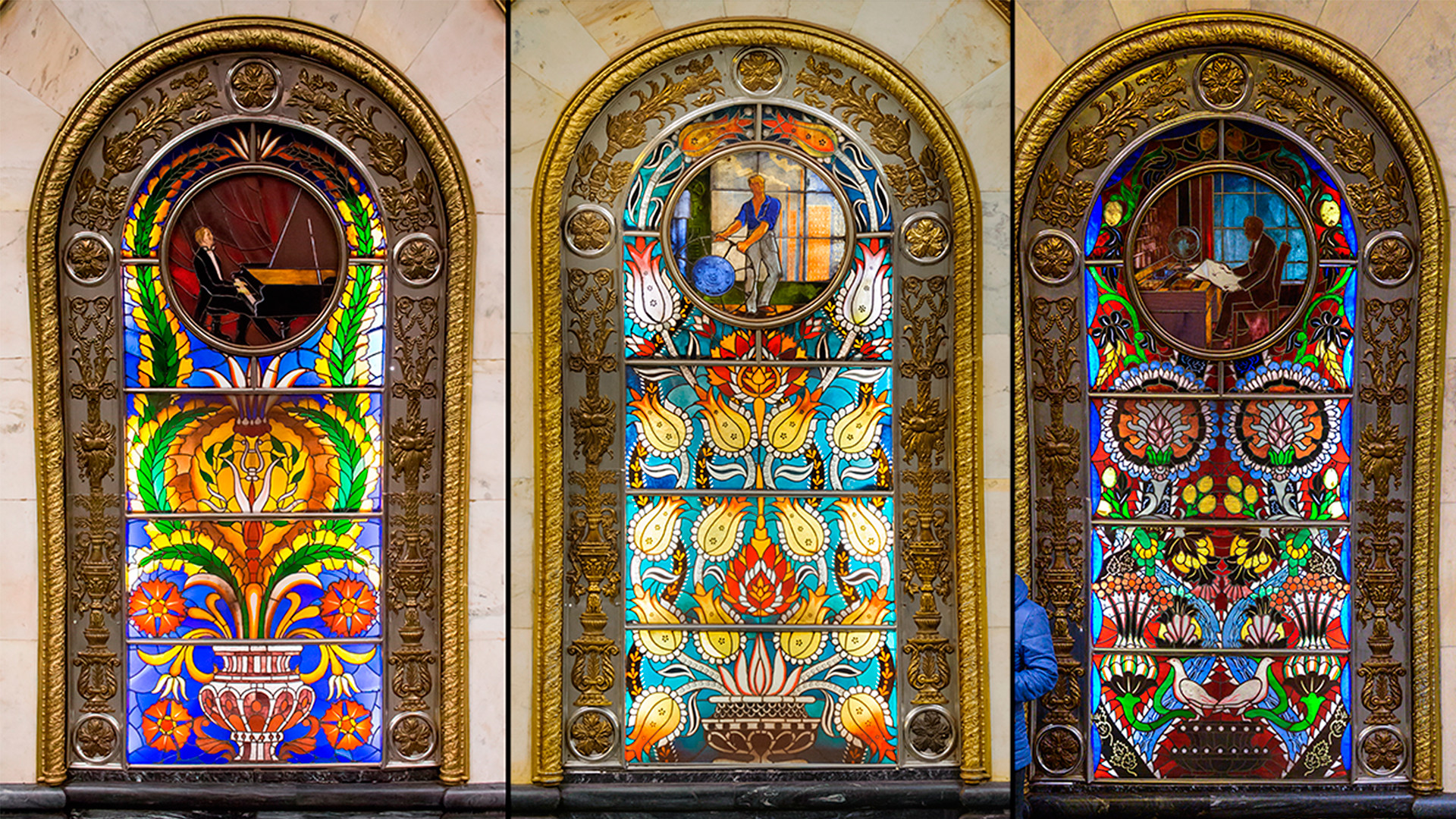 Legion Media; Nikolai Galkin/TASS
Even stained-glass windows were used as art propaganda in the Soviet Union. They appealed to the masses for their depictions of down-to-earth subjects: Lenin, Red Army soldiers, Soviet symbols, workers and peasants.

It was only in the late 19th century that stained-glass windows became a popular architectural feature in Russia. Multicolored glass ornaments perfectly matched the aesthetics of the new Russian style, later becoming part of Art Nouveau. "Patterned windows" (as stained glass was called until the 1900s) were made by the best glass workshops, which numbered around 20.

After the Revolution, production was nationalized and glass items became available to everyone. In the 1930s, interest in stained glass returned, and, alongside mosaics, it became one of the most eye-catching forms of art propaganda.

“Peace to the people! Power to the Soviets! Land to the peasants!” 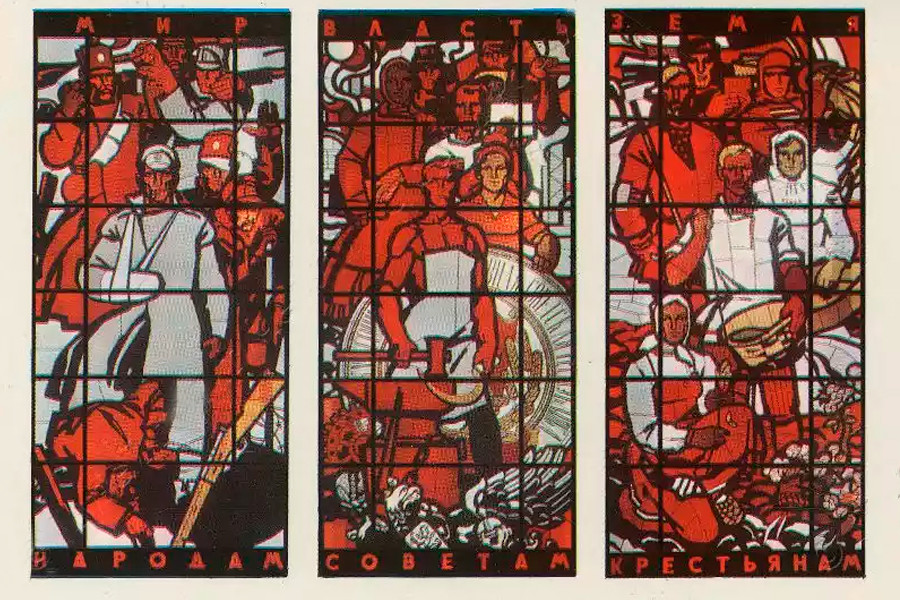 The State Museum of Political History of Russia

The picture shows a postcard with a reproduction of stained-glass windows from the State Museum of Political History of Russia in St Petersburg, made in the 1950s by monumental artist Alexander Korolev.

Leader of the Revolution 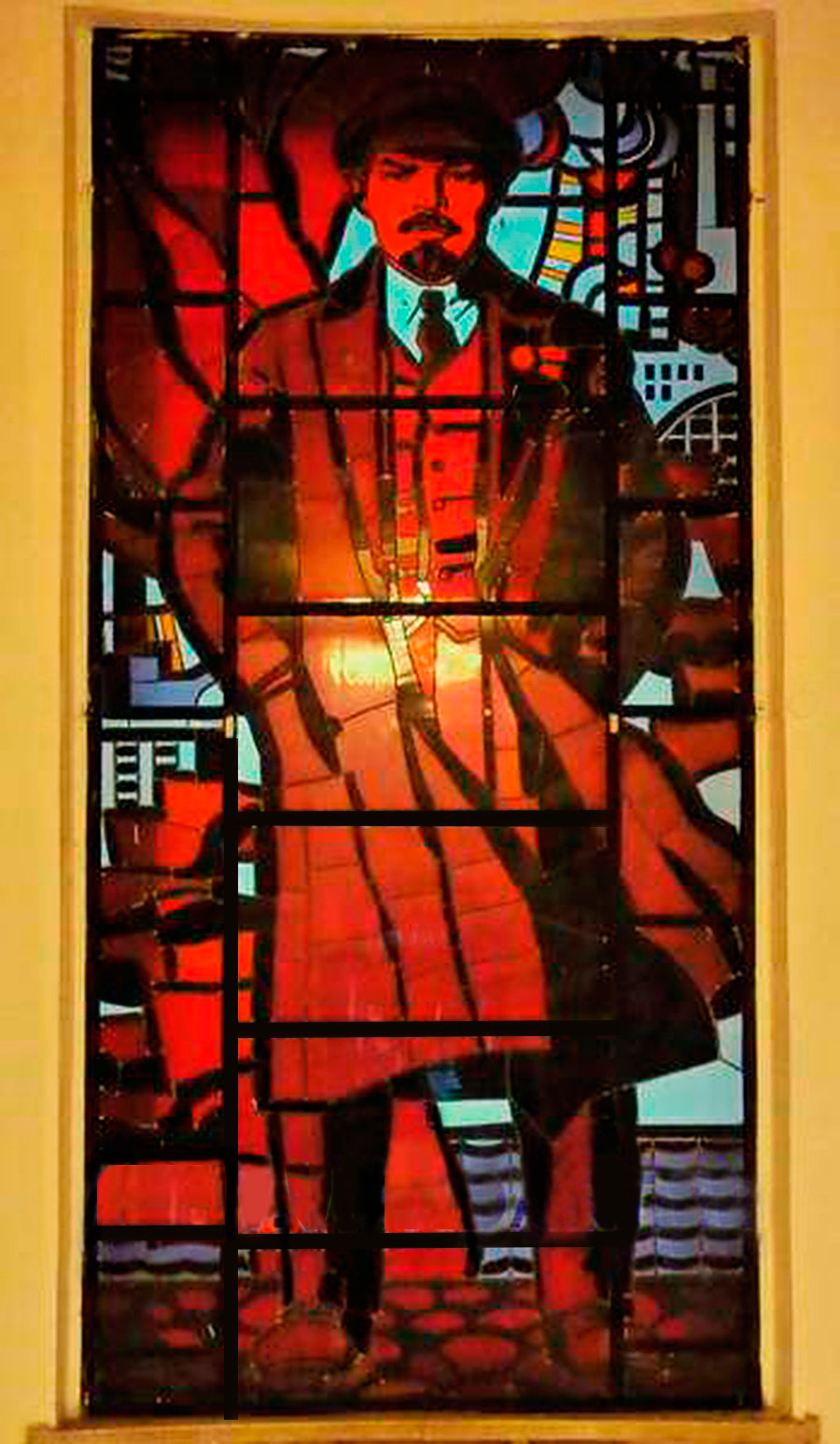 Another stained-glass window by Korolev from the State Museum of Political History of Russia.

Stained-glass windows of the Moscow metro 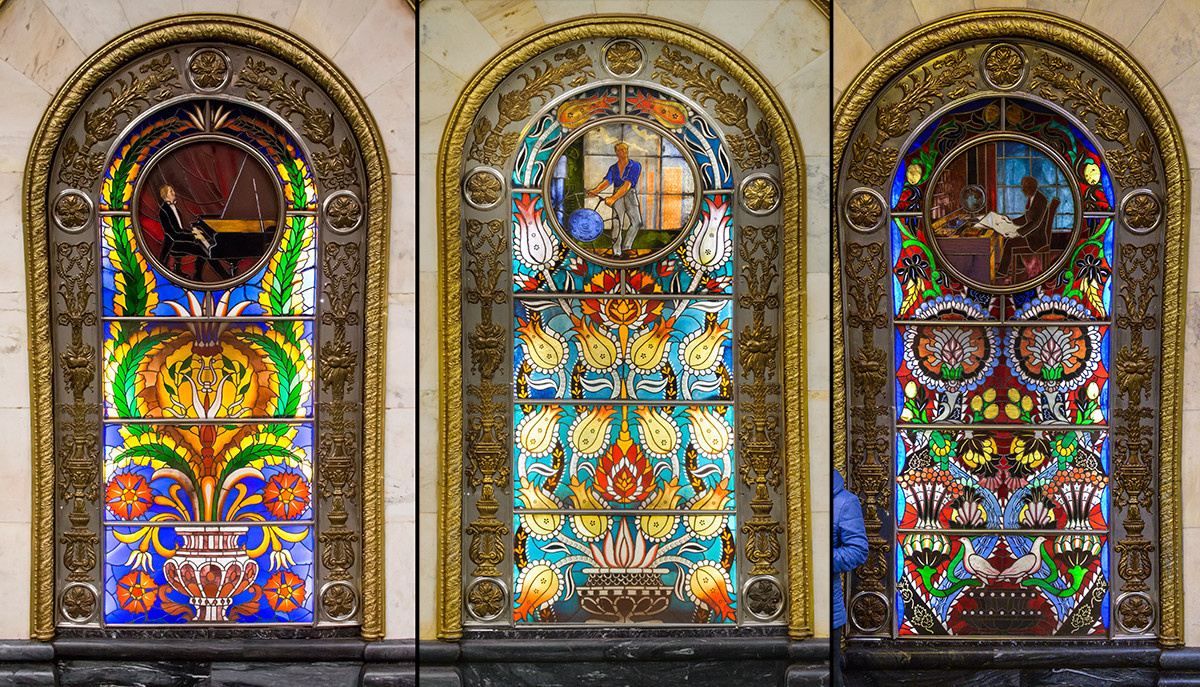 There are 32 stained-glass windows at Novoslobodskaya station in the Moscow metro. Based on sketches by Soviet artist Pavel Korin, they were created by master craftsmen from Riga using stained glass taken from Catholic cathedrals in Latvia.

Stained-glass windows from the Temryuk Museum of Local Lore 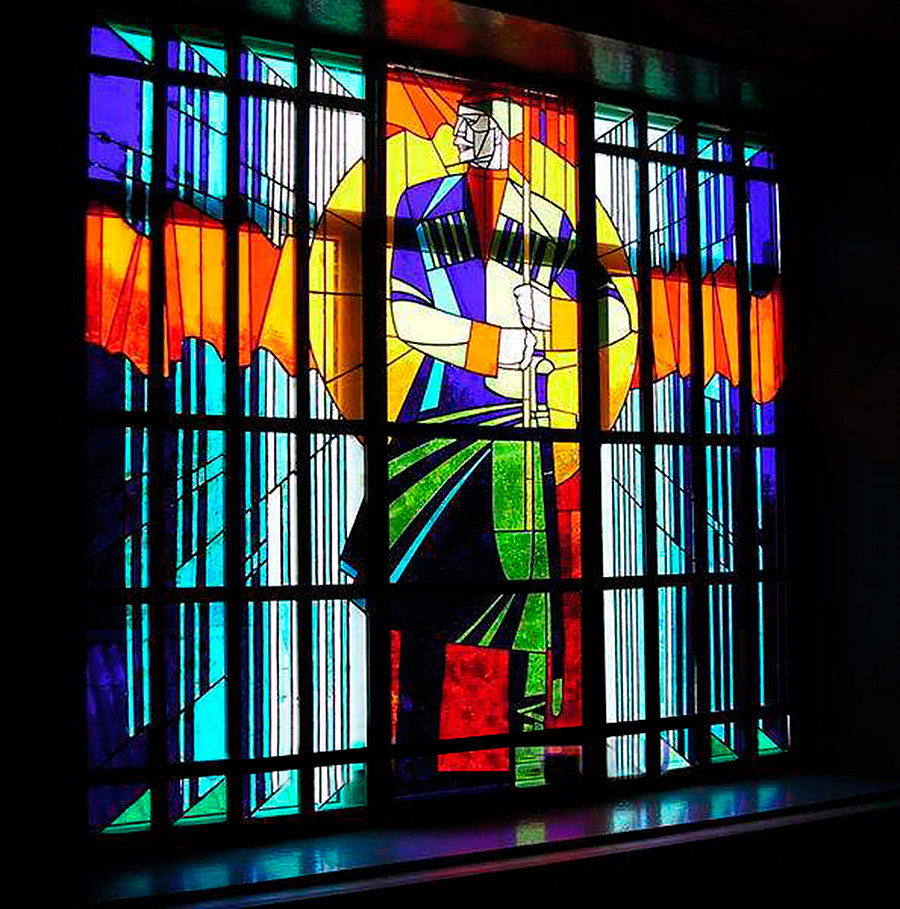 The Museum of Local Lore in the city of Temryuk, Krasnodar Territory, was founded in the 1920s. Most of the collection is dedicated to World War II, which directly impacted the city. 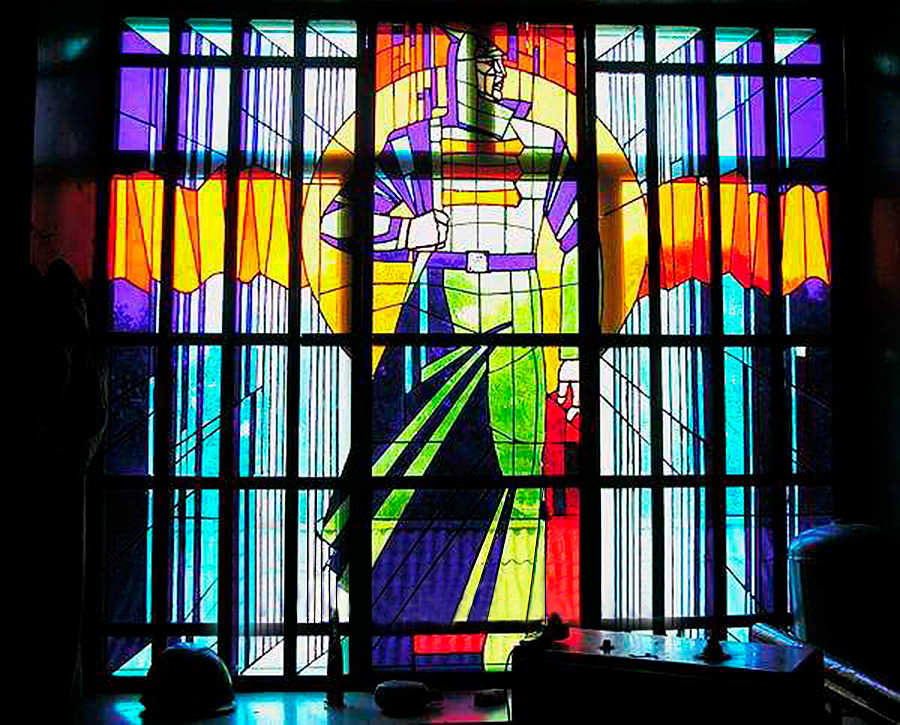 The stained-glass windows depict a Red Army soldier and a horseman in the national dress of the Caucasus.

Stained-glass windows at a garment factory in Novocherkassk 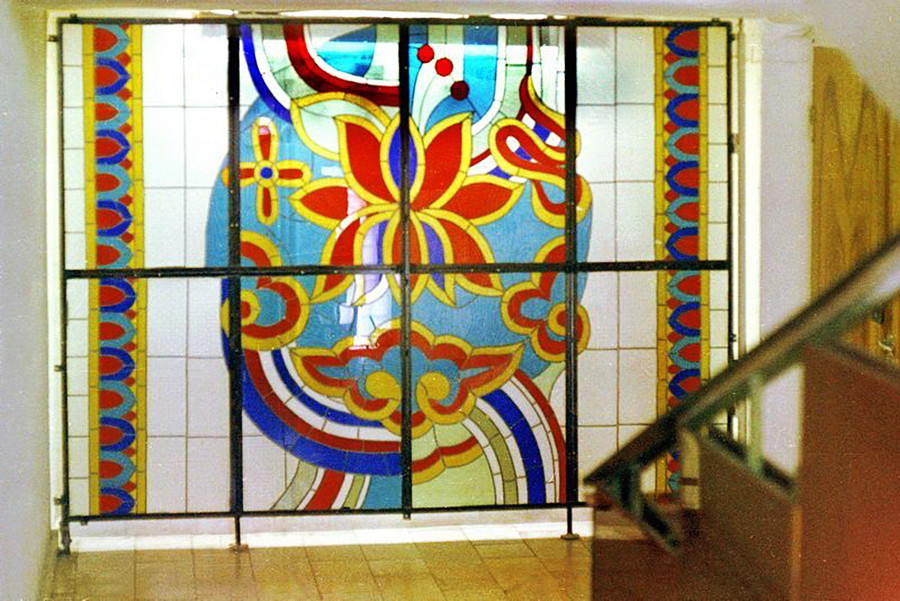 A whole series of stained-glass windows, each sized 4 square meters, was produced at a garment factory in 1984 by monumental artist Sergei Apryshko. 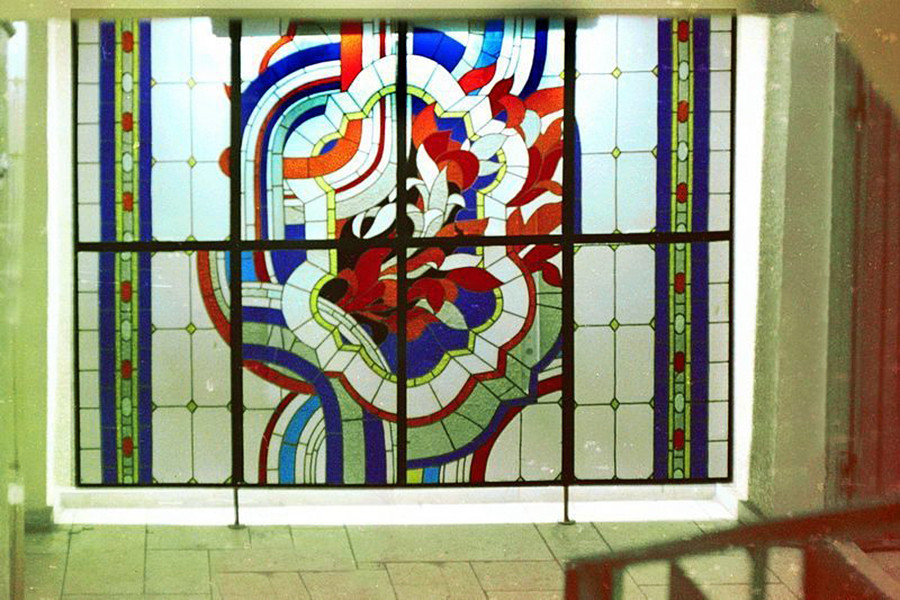 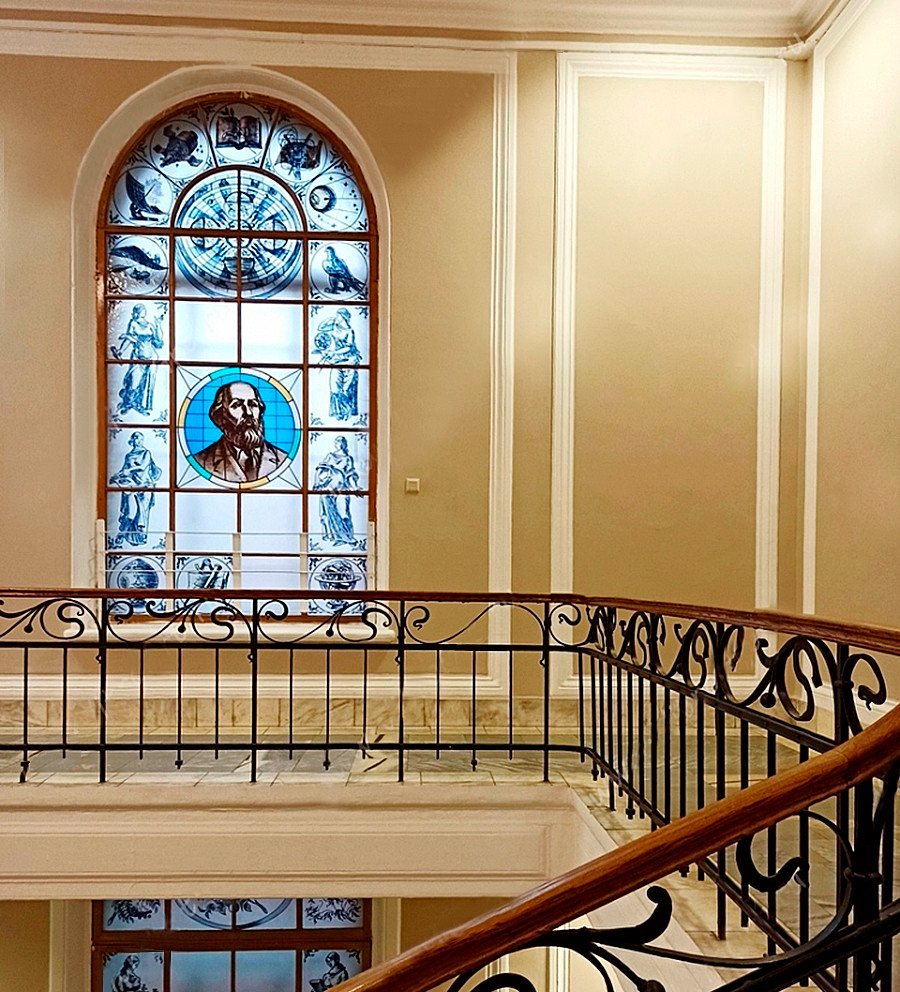 The "Four Seasons" series of stained-glass windows inside an artistically refurbished locomotive plant was made in 1991 by Yuri and Larisa Utenkov. 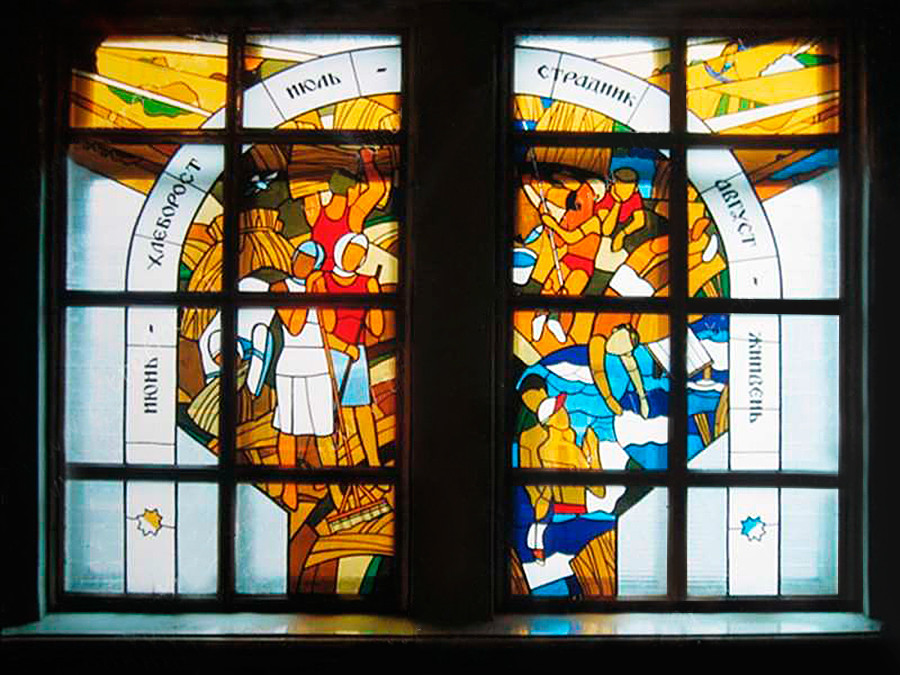 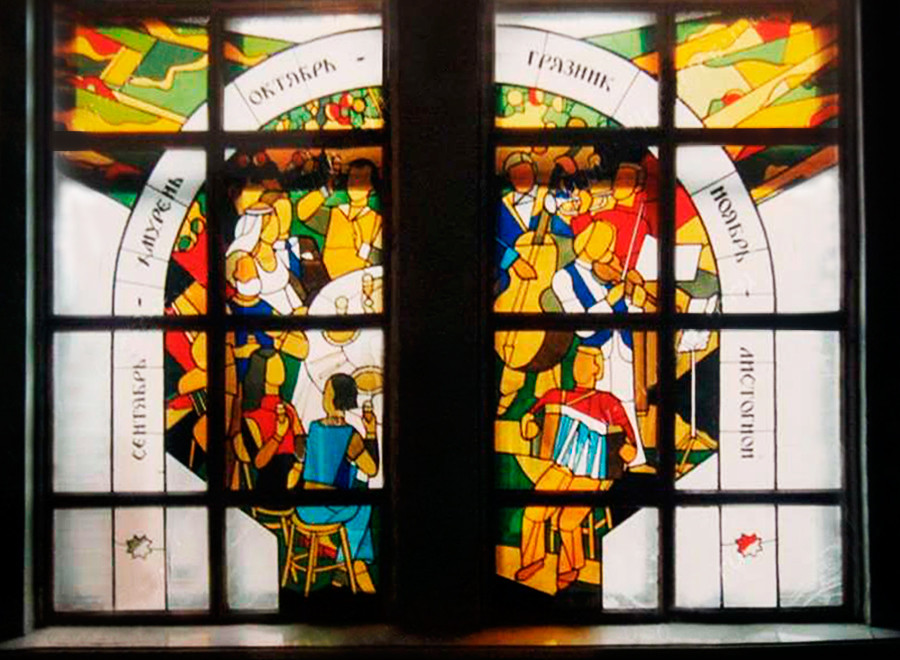 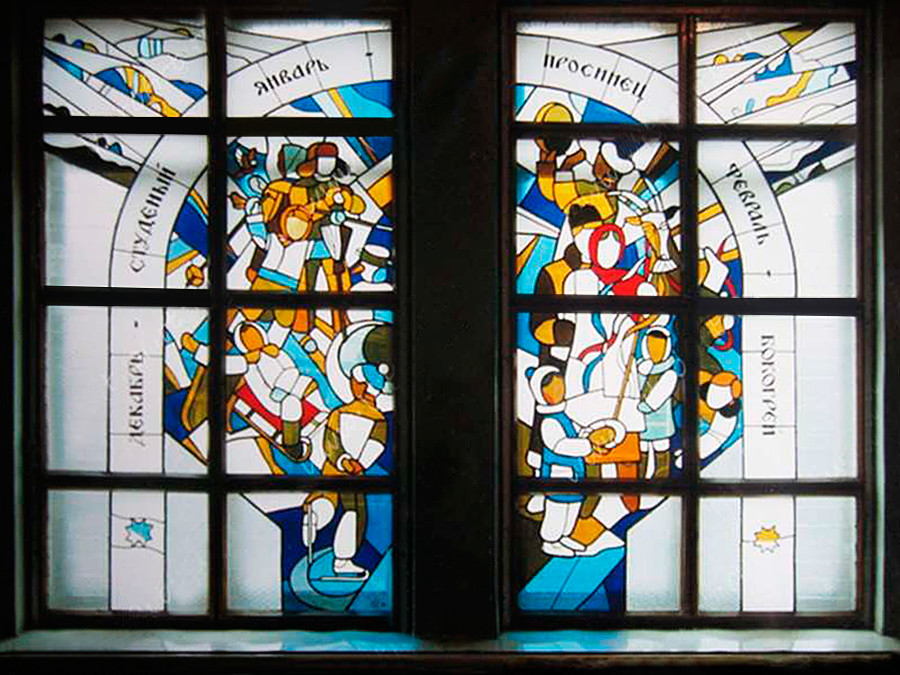 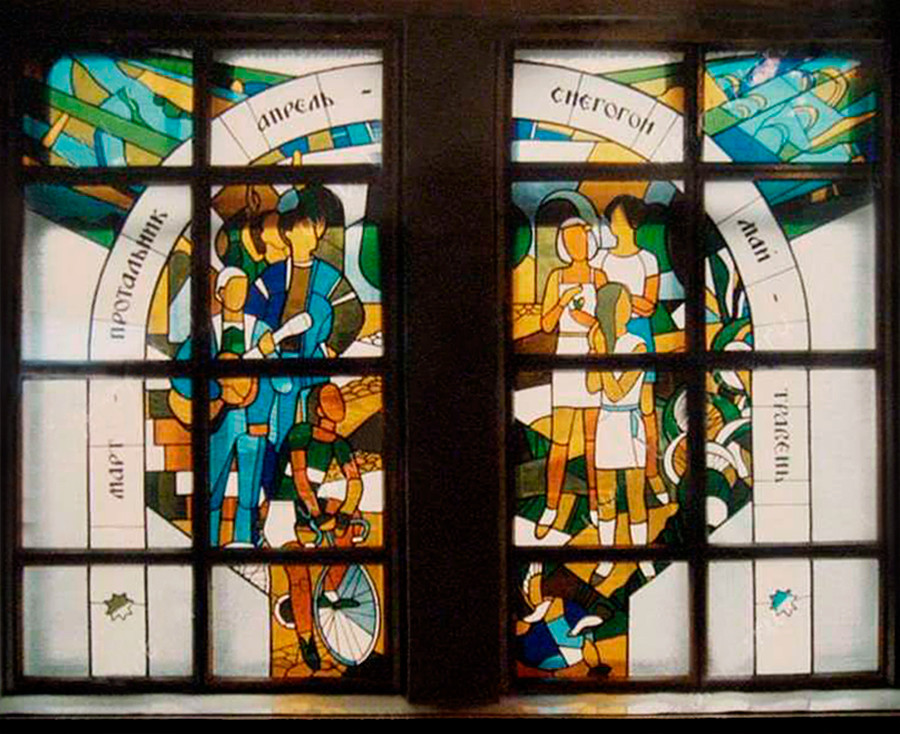 Meeting of the heroes 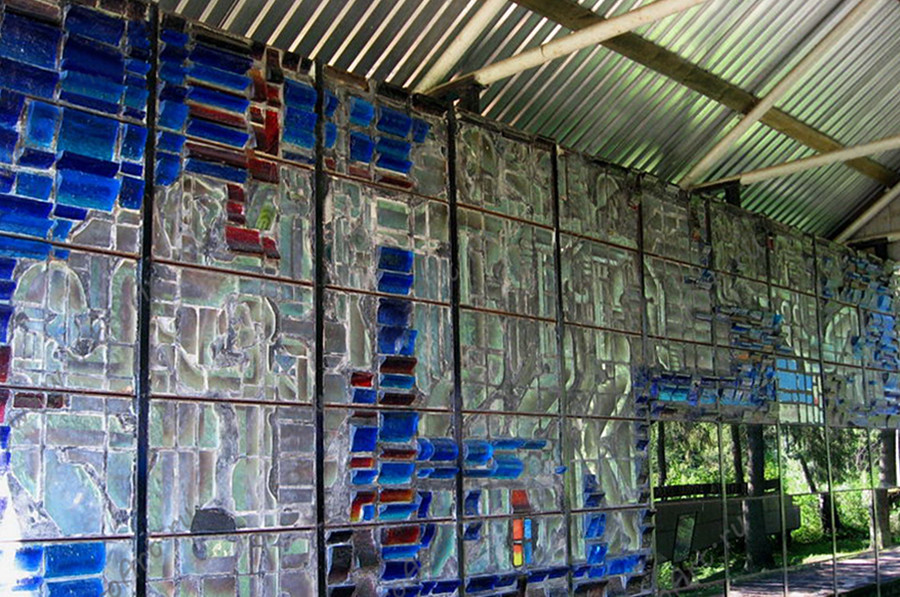 Lithuanian artist Kazys Morkūnas was awarded the Lithuanian SSR State Prize for this work, created in 1972. It used to be held in a Soviet army monument in the Lithuanian city of Kryžkalnis; however, the memorial was then demolished and the stained-glass window was "exiled" to the private Soviet-era Grūtas park in Lithuania.

And this stained-glass window, made from mirrored glass, was created by Lithuanian artist Morkunas for the Moscow central pharmacy in 1960. 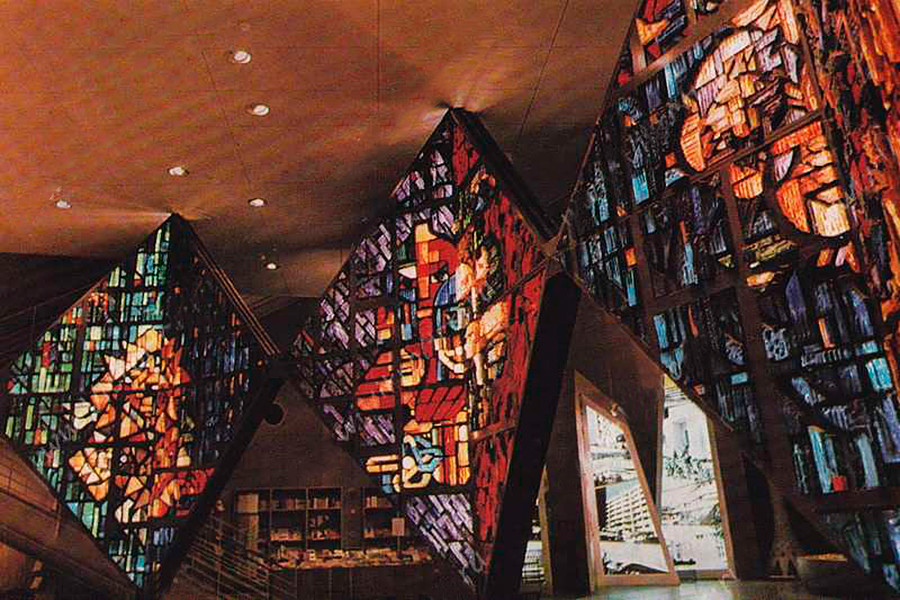 This monumental composition, again by Morkunas, adorned the Russian stand at the Expo-70 international exhibition in Osaka, Japan.