Was Repin’s masterpiece inspired by a fictitious Cossack letter? 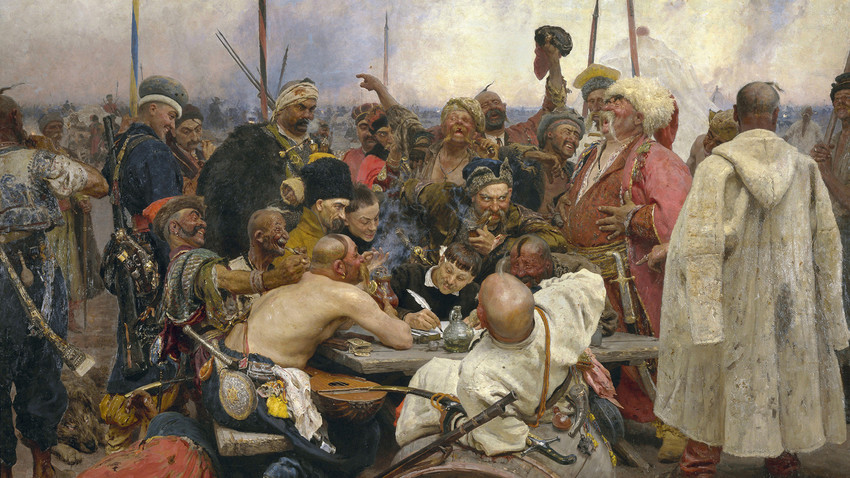 Russian Museum
The main intrigue is whether the correspondence in question was ever written.

In the 1670s, the Ottoman Empire clashed with the Tsardom of Russia. Two hundred years later, renowned realist painter Ilya Repin heard a story about Cossacks composing a humiliating letter to Mehmed IV, the Sultan of the hostile Ottoman Empire. 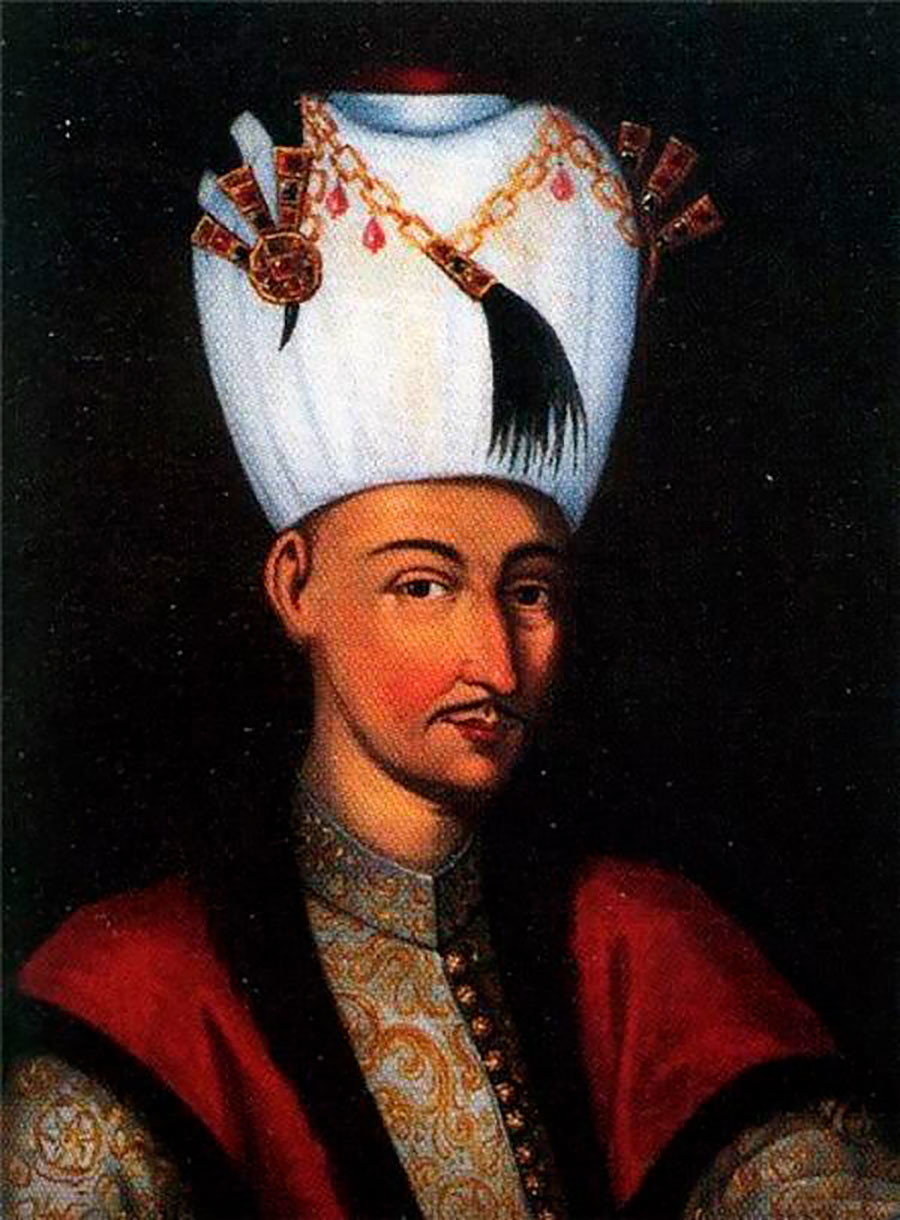 The story inspired Repin to create one of his greatest masterpieces. While many believe — not least due to Repin’s artistic endeavor — that the letter was a genuine historical document, historians express their reservations.

In the summer of 1878, renowned artist Ilya Repin visited famous entrepreneur and art supporter Savva Mamontov in his Abramtsevo estate near Moscow. During one of the social gatherings at the estate, the artist heard a story that would come to inspire him. 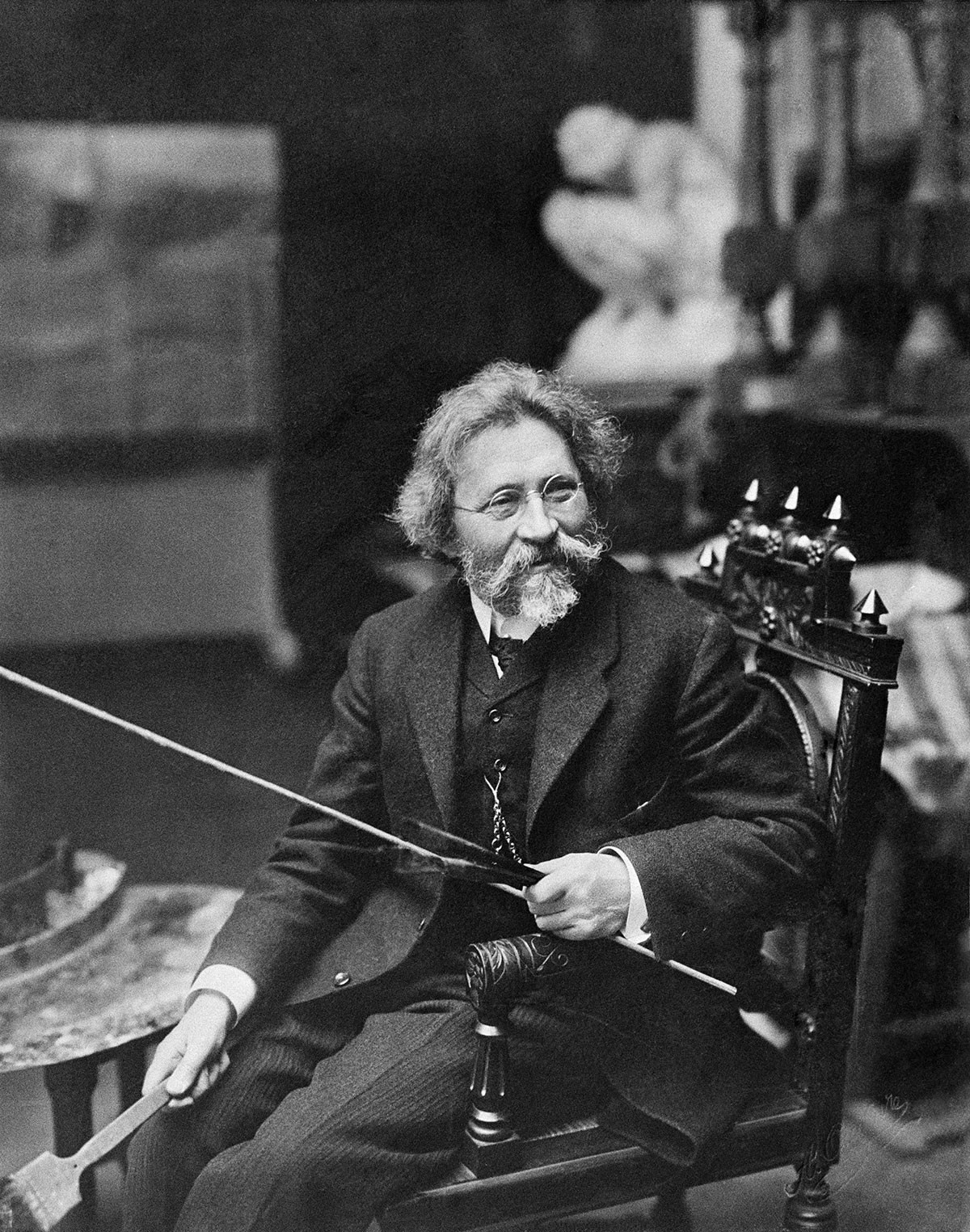 The Cossacks, the story had it, received a letter from the Sultan of the Ottoman Empire that prescribed them to surrender to the Sultan. After receiving the letter, the Cossacks gathered to compose their reply to the Sultan and drafted it in the most humiliating terms possible.

The tale inspired the artist to create one of his most recognizable masterpieces, but historians doubt the letter is anything more than a folklore plot aimed to highlight Cossack’s grandeur, pride and love of freedom.

There is one widely circulated version of correspondence between the Ottoman Sultan and the Cossack’s subsequent reply. The former is often phrased as follows:

Sultan Mehmed IV to the Zaporozhian Cossacks: As the Sultan; son of Muhammad; brother of the sun and moon; grandson and viceroy of God; ruler of the kingdoms of Macedonia, Babylon, Jerusalem, Upper and Lower Egypt; emperor of emperors; sovereign of sovereigns; extraordinary knight, never defeated; steadfast guardian of the tomb of Jesus Christ; trustee chosen by God Himself; the hope and comfort of Muslims; confounder and great defender of Christians – I command you, the Zaporozhian Cossacks, to submit to me voluntarily and without any resistance, and to desist from troubling me with your attacks.

The Cossack’s defiant, mocking and vulgar reply to the Sultan is often recounted in the following terms:

Zaporozhian Cossacks to the Turkish Sultan!

O sultan, Turkish devil and damned devil’s kith and kin, secretary to Lucifer himself. What the devil kind of knight art thou, that canst not slay a hedgehog with your naked arse? The devil defecates and your army eats. Thou shalt not, thou son of a whore, make subjects of Christian sons. We have no fear of your army; by land and by sea we will battle with thee. Screw thy mother.

Thou Babylonian scullion, Macedonian wheelwright, brewer of Jerusalem, goat-ravager of Alexandria, swineherd of Greater and Lesser Egypt, swine of Armenia, Podolian thief, catamite of Tartary, hangman of Kamyanets and fool of all the world and underworld, an idiot before God, grandson of the Serpent and the crick in our penis. Pig’s snout, mare’s arse, slaughterhouse cur, unchristened brow. Screw thine own mother!

So, the Zaporozhians declare, you lowlife. You won’t even be herding pigs for the Christians. Now we’ll conclude, for we don’t know the date and don’t own a calendar; the moon’s in the sky, the year with the Lord. The day’s the same over here as it is over there; for this, kiss our arse!

This version of the defiant letter inspired Ilya Repin, as it exuded Cossack’s hot temper and emotions that could be colorfully reflected in the future painting. Historians believe, however, that the letter was a folk creation and not a genuine historical document. 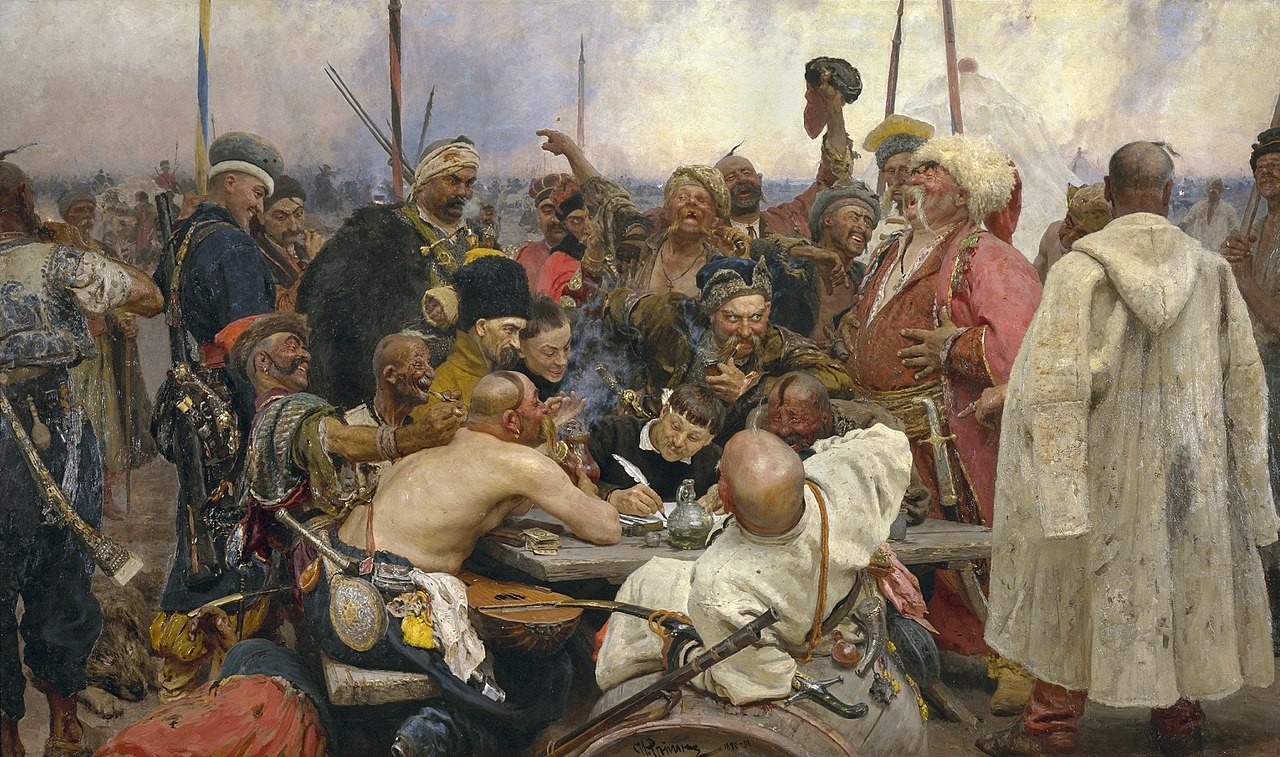 “The correspondence of the sultan with the Chyhyryn Cossacks had undergone a textual transformation sometime in the eighteenth century, whereby the Chyhyryntsy became the Zaporozhians and the controlled satire of the reply was debased into vulgarity. In this vulgar version, the Cossack correspondence spread quite widely in the nineteenth century. In a number of instances, it was cited as authentic documentation, largely, it seems, because the letters tended to confirm a preconceived romantic picture of what the Cossacks were thought to be like[…],” concluded Daniel C. Waugh, a scholar of Medieval and Early Modern Russia at the University of Washington (Seattle). 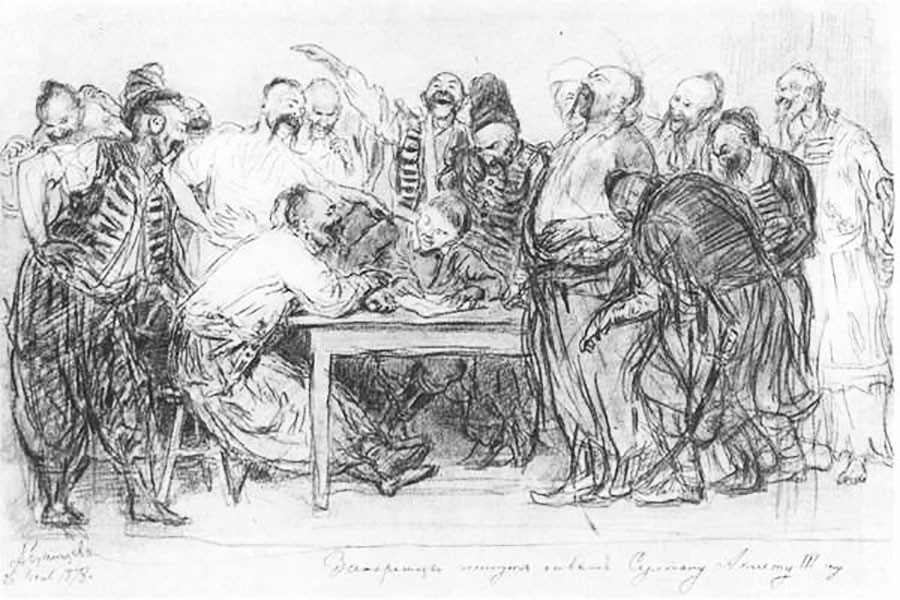 The sketch is displayed at the Tretyakov Gallery in Moscow

Researchers also believe the letter was an example of widespread anti-Turkish pamphlets triggered by anti-Turkish sentiments that prevailed in Europe at the time. Researchers point out that the letter is dated differently from one source to another, it also has different versions, different signatories and recipients — all these testifying to the letter’s inauthenticity.

To Repin, the letter’s authenticity did not make much difference, though. The artist studied the freedom-loving people, made the first pencil sketch of the future masterpiece on July 26, 1878, and completed the work in 1891. 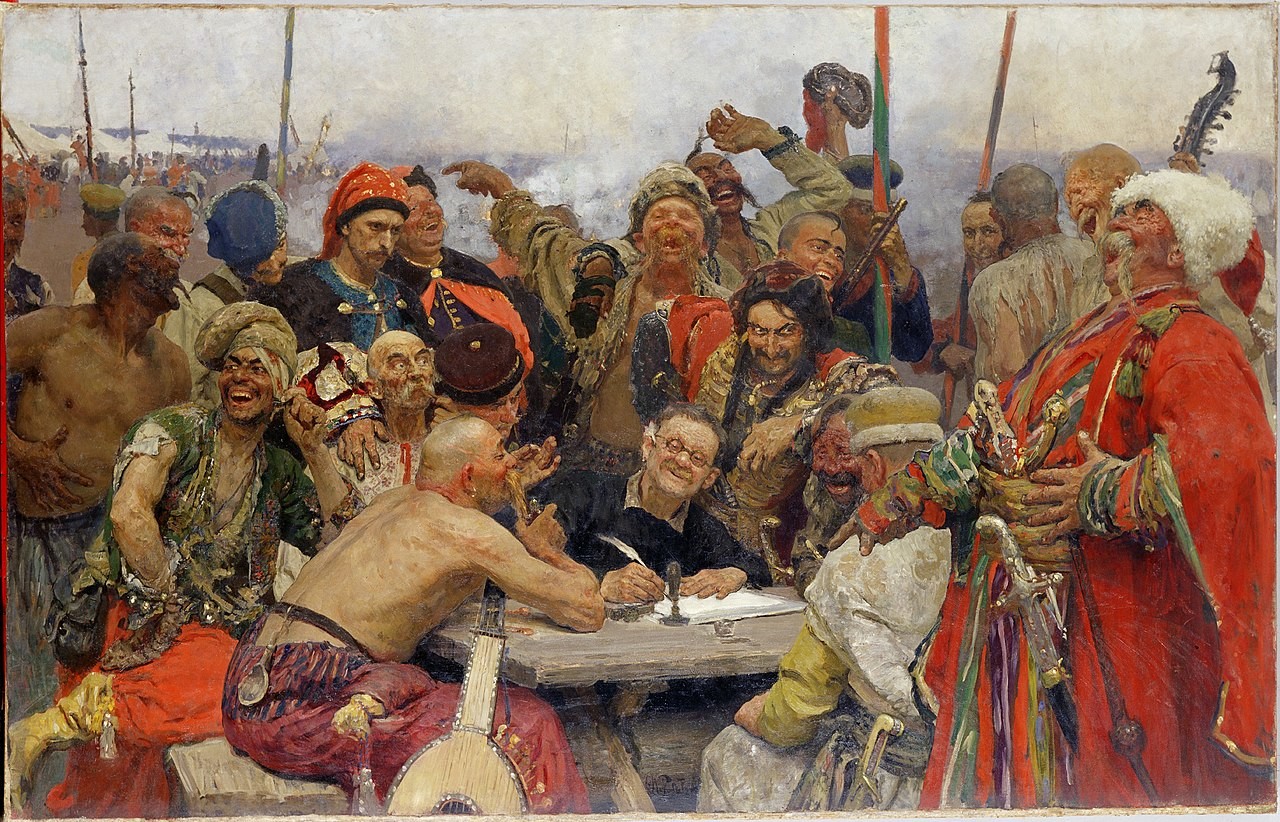 An unfinished second version of the painting is displayed at the Fine Arts Museum in Kharkiv, Ukraine.

Click here to see 10 of the most famous paintings every Russian knows.