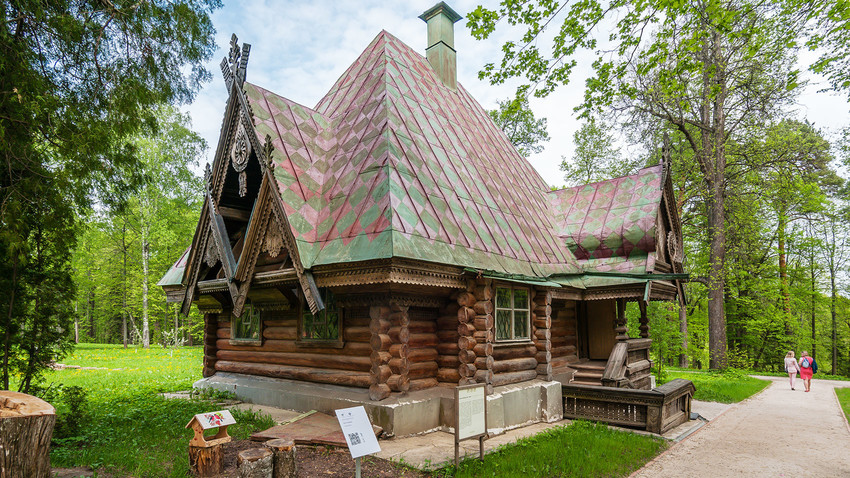 Vadim Razumov
Photographer of country estates Vadim Razumov describes how 20th century Russian culture is impossible to imagine without Abramtsevo, and reveals the glories of the estate in his astonishing photographs.

Many Russian country estates are closely connected with Russian culture, with prominent figures of the past - poets, musicians and artists - having stayed or lived there. But there are also places on the map of Russia without which it would be impossible to imagine Russian culture in all its depth and breadth. One such place is the Moscow Region estate of Abramtsevo. Why is it so unique? And why are many world-famous cultural figures linked with it? Here are some of the most salient facts about its history.

At Abramtsevo you will see exceptionally beautiful Russian views

The reasons why the whole of pre-Revolutionary Russia’s thriving art and poetry scene was centered around the estate can be argued over for a long time. But the answer perfectly obvious. The rich tapestry that is the history of the estate was “woven” by the remarkable beauty of these parts. It was the extraordinary beauty of the countryside that attracted both the famous owners and the artists and writers, who sought inspiration in the local landscape. 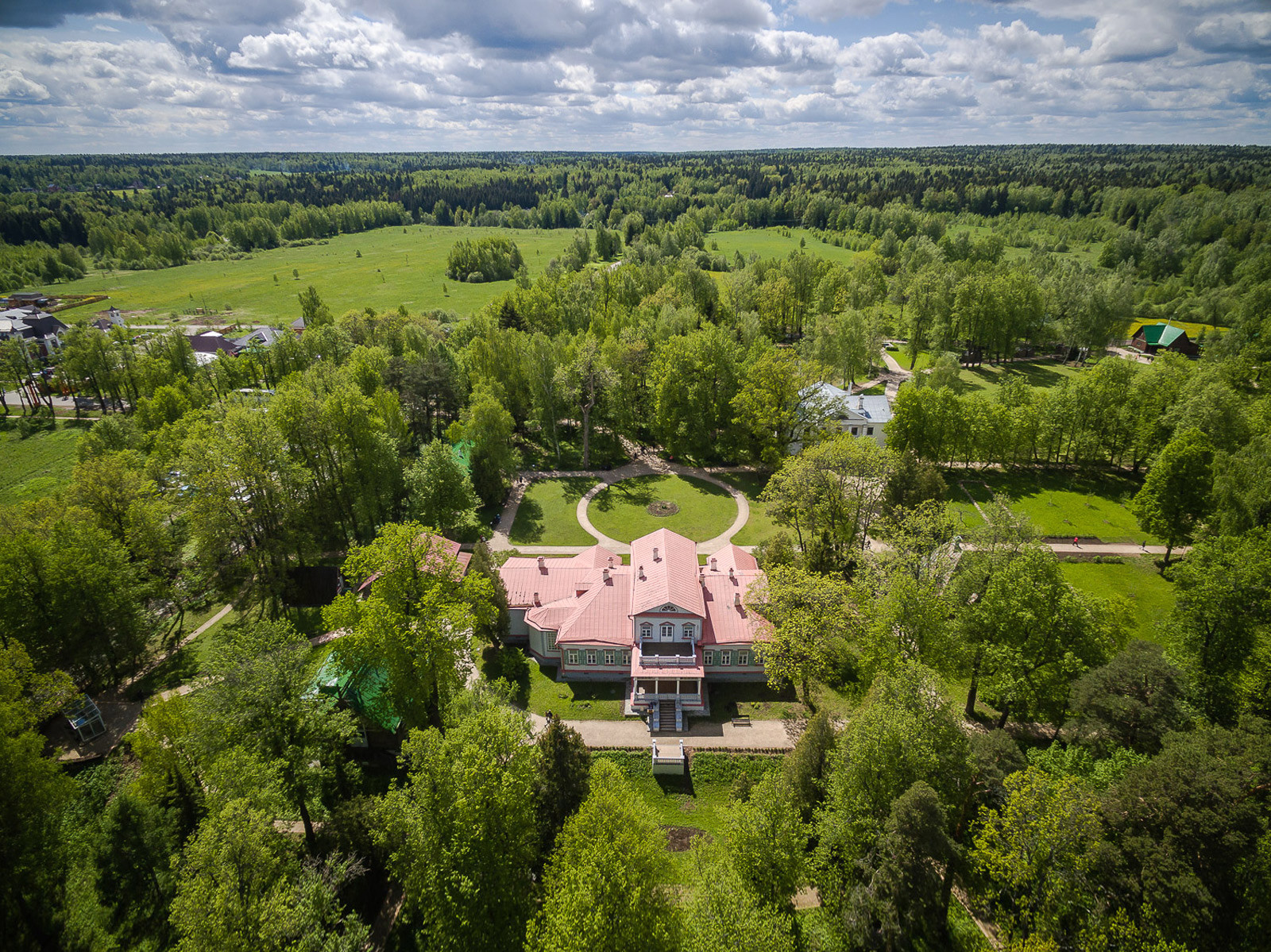 Abramtsevo is worth a visit if only to see one of the best examples of a country estate park, here created out of the natural beauty of the Moscow Region countryside.

The history of Abramtsevo is the history of arts patronage in Russia writ large. Both the flourishing of the estate, its popularity and the activity of the “Abramtsevo Circle” (more on that later) would not have happened without Savva Ivanovich Mamontov. 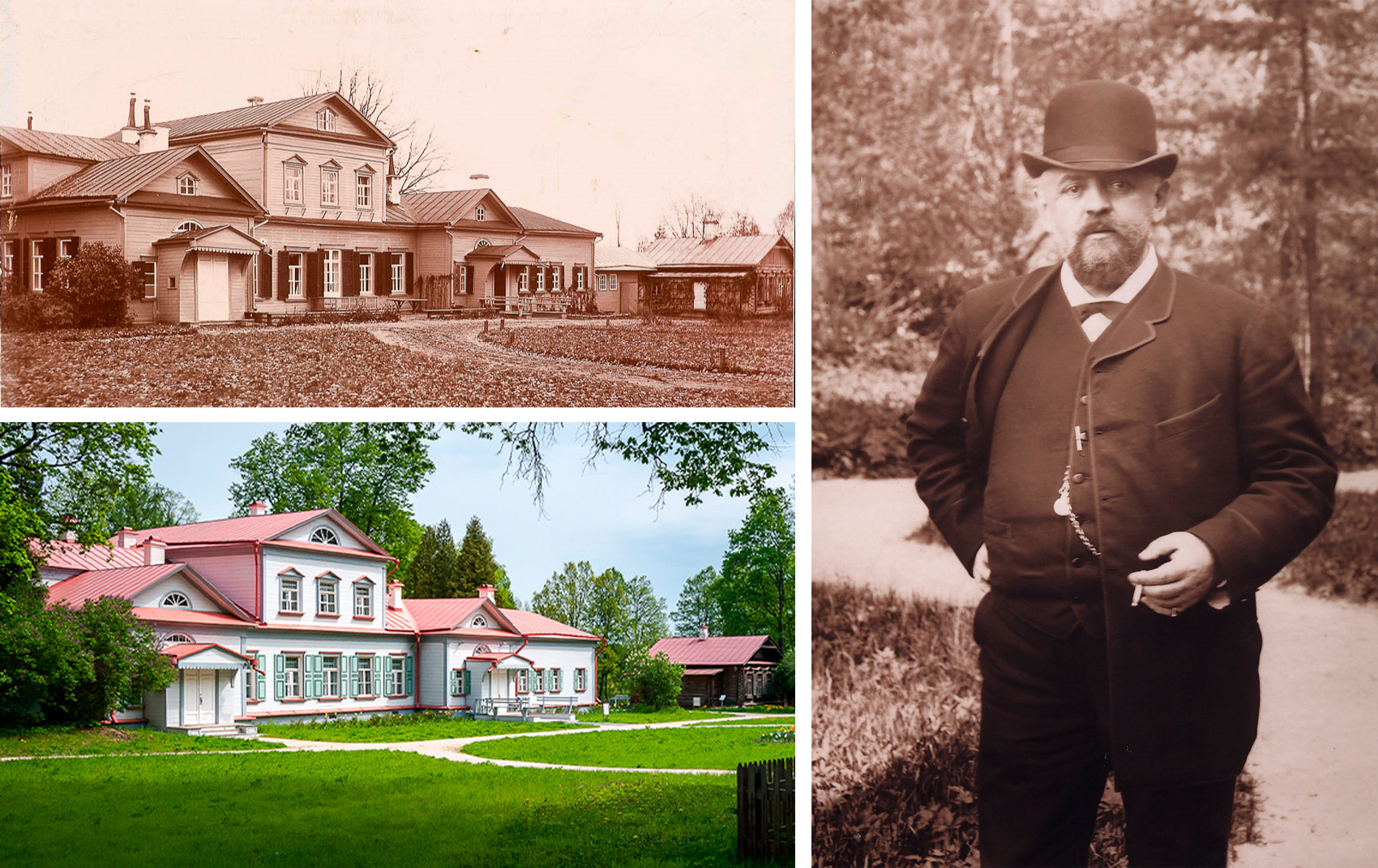 This remarkable individual combined entrepreneurial skills with boundless beneficence. Being one of the wealthiest entrepreneurs of his age, he forever entered the annals of Russian history as one of the country’s most generous sponsors of the arts. It was thanks to his patronage and financial support that the talent of such legendary figures as the singer Feodor Chaliapin, the artists Viktor Vasnetsov and Valentin Serov, and that of many others, was able to flourish.

Savva Mamontov founded the Moscow Private Russian Opera, gave his financial backing to several publishing ventures, instigated the construction of the Hotel Metropol and Yaroslavsky railway station in Moscow, sponsored educational and philanthropic projects, and regularly allocated funds to help the most disadvantaged sections of society. And he did all this with enormous enthusiasm and great sincerity. 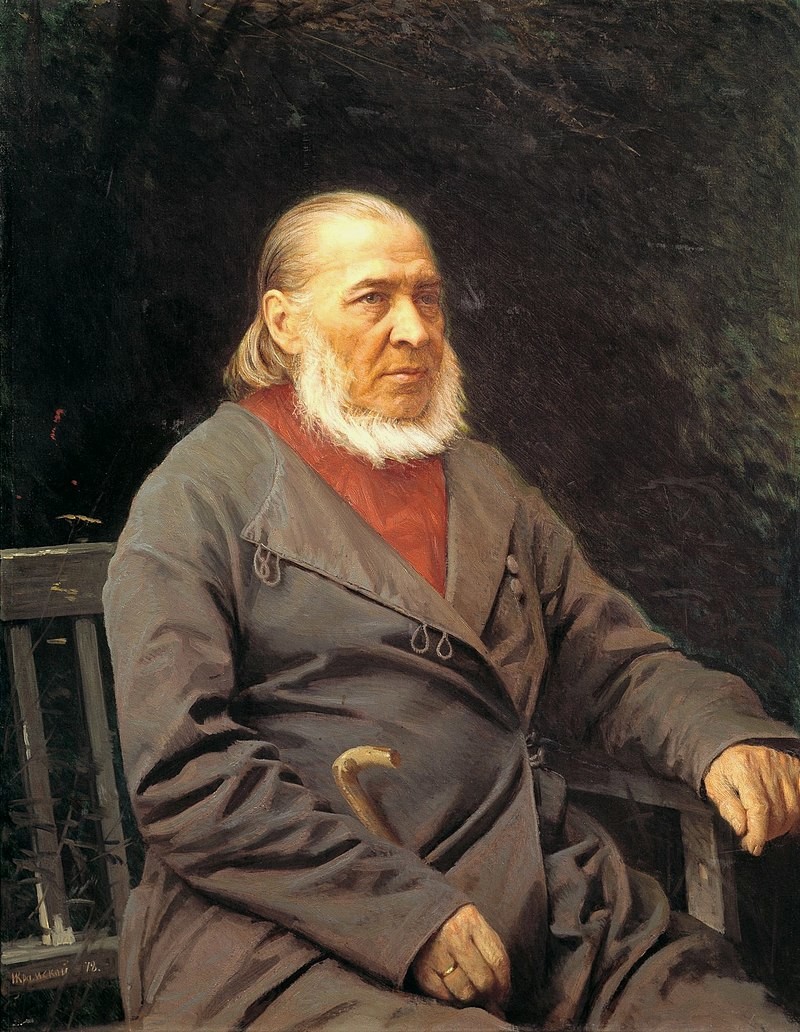 Before Savva Mamontov, the estate was owned by the Russian writer Sergey Timofeyevich Aksakov. The estate was an inexhaustible source of inspiration to this man of letters. In addition, Aksakov was on friendly terms with many well-known Russian poets and authors. In Aksakov’s time, Nikolai Gogol, Ivan Turgenev, Fyodor Tyutchev and others stayed at Abramtsevo.

Savva Mamontov was the founder of the so-called “Abramtsevo Circle” of artists. Many world-famous canvases by Repin, Vasnetsov, Serov and others were painted here. 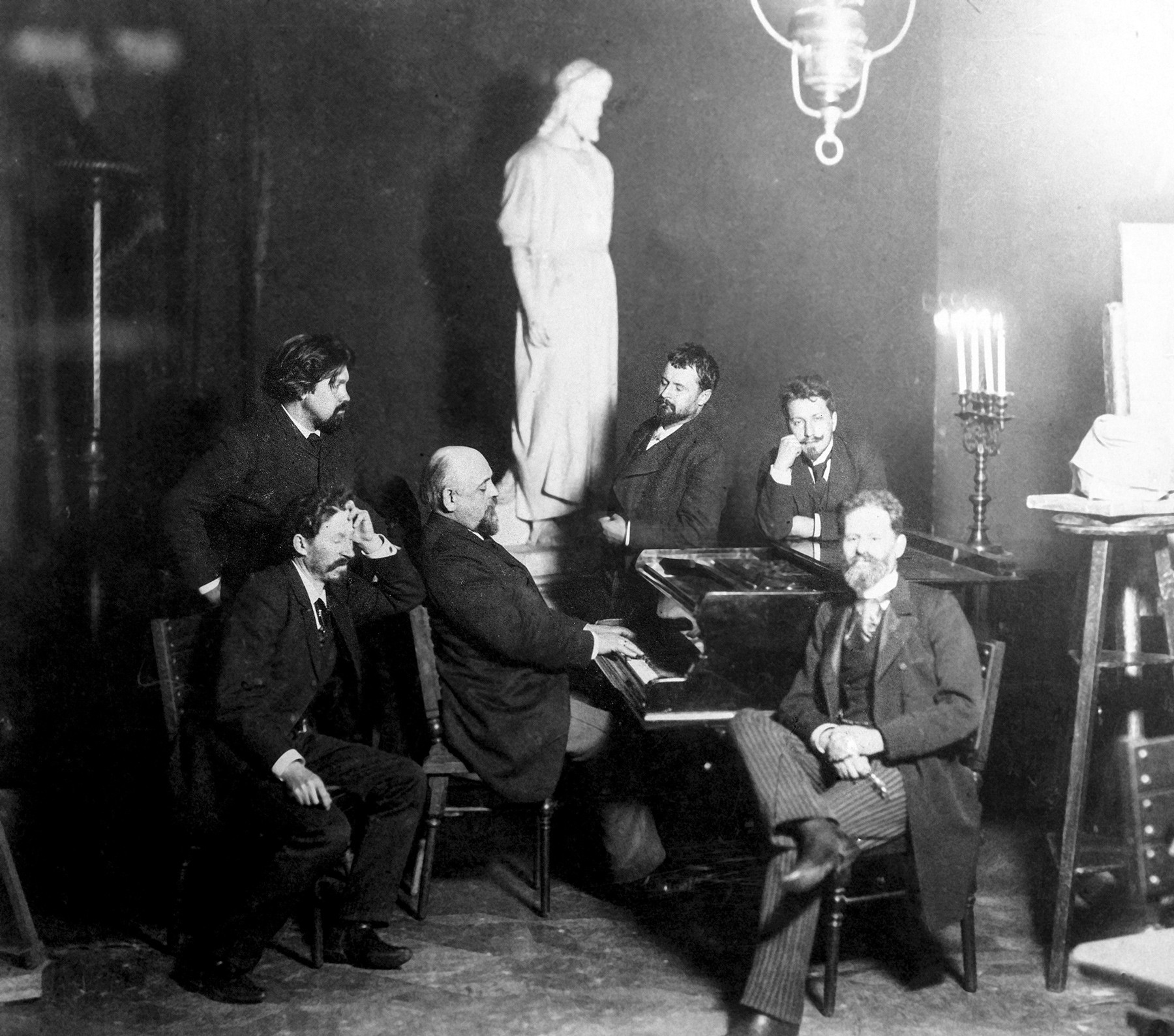 It is noteworthy that a separate direction in the work of these artists was the creation of landscapes of the estate itself. Abramtsevo can be seen in the works On the Boat. Abramtsevo by Polenov, Alley in Abramtsevo by Vasnetsov and Abramtsevo by Repin, as well as that artist’s Summer Landscape, which every art enthusiast will recognize. 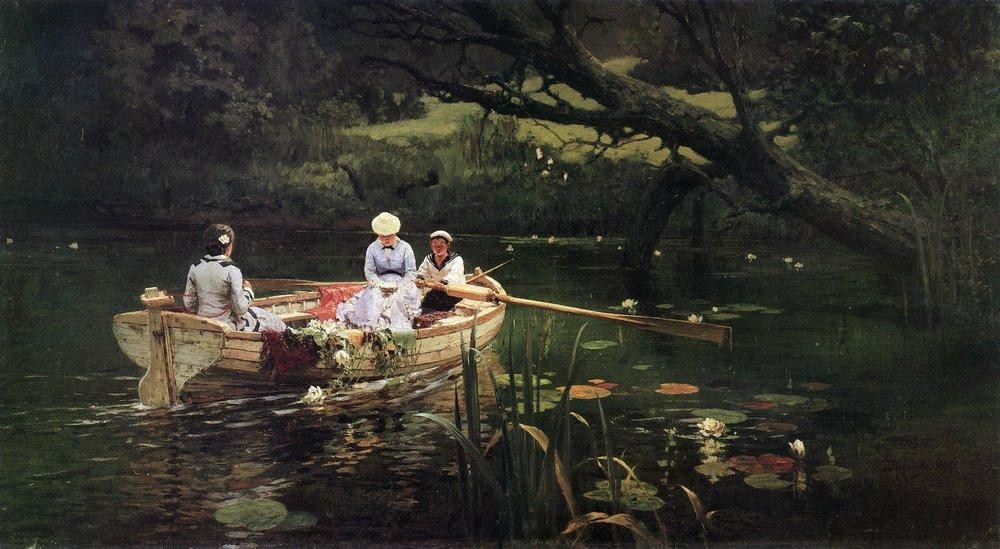 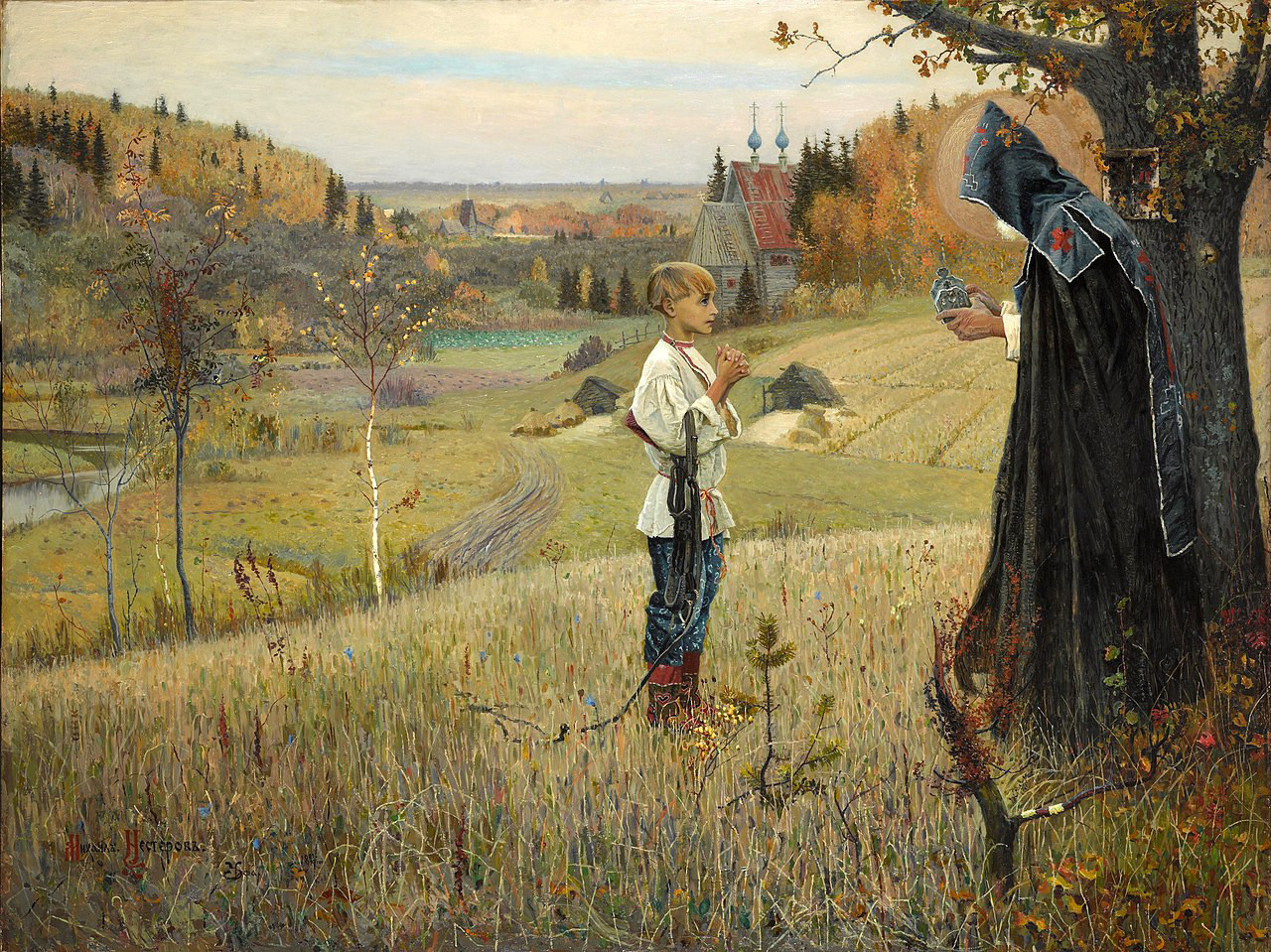 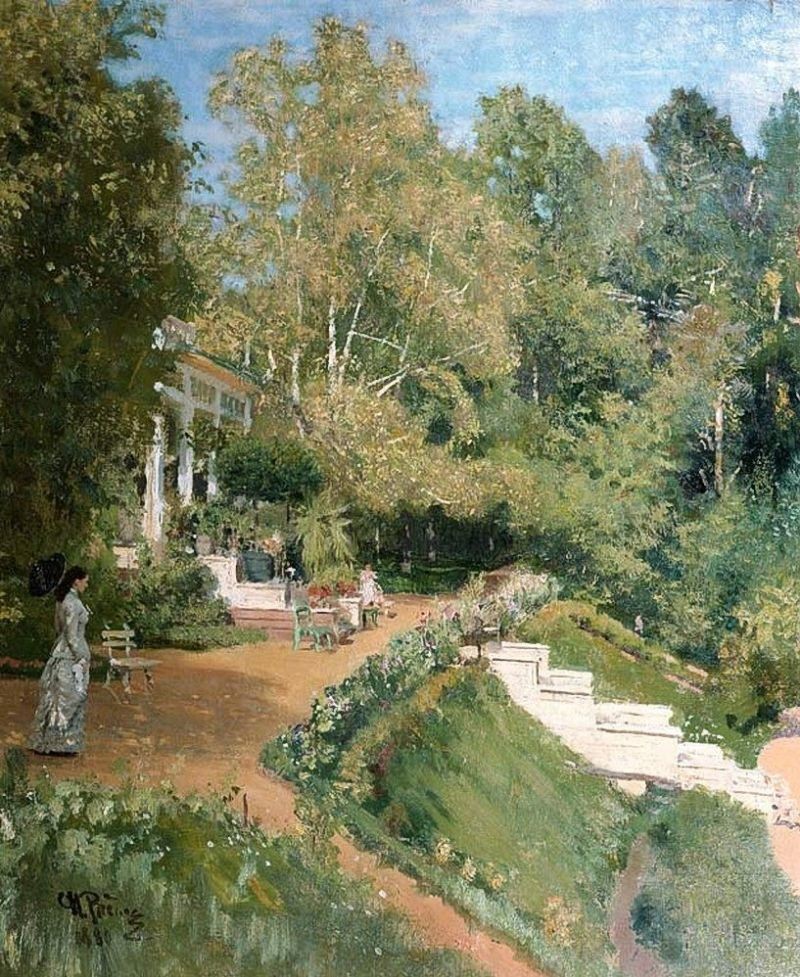 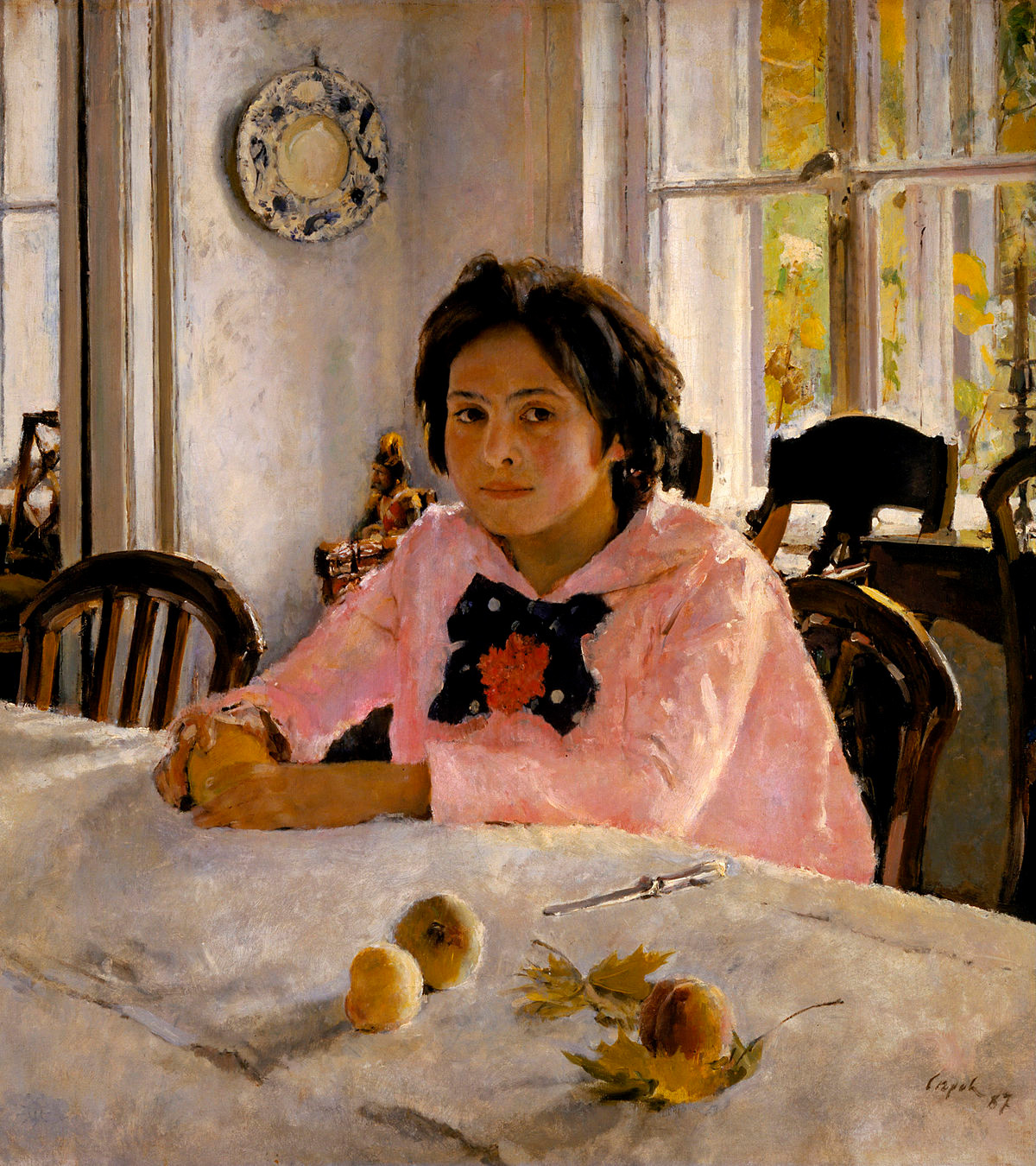 Valentin Serov. The girl with peaches (1887). This is actually a portrait of Savva Mamontov's daughter Vera and it was painted in Abramtsevo

Abramtsevo is an example of restrained architecture “diluted” by quirky styles

The Abramtsevo estate is also of interest to architecture lovers. Both typical and unconventional forms of architecture can be encountered here. And while the main mansion, with its “homely” and welcoming wood construction, is a visual delight in its refined simplicity, the “Hut on Chicken Legs”, the “Teremok Bathhouse” and “The Studio” come as a revelation to visitors, and draw them into the mysterious world of Russian fairy tales.

A hut on chicken legs. Pavillion based on Slavic folk tales built in 1883 under the project of artist Viktor Vasnetsov (1900s and nowadays)

And of course the architectural gem of Abramtsevo is the Church of the Savior, built by architect Pavel Samarin, according to designs by the artists Viktor Vasnetsov and Vasily Polenov. All-white, miniature in scale and as cute as a doll’s house, it was designed in the style of ancient Russian churches, but with whimsical modern elements - it delights even those who are generally indifferent to architecture. 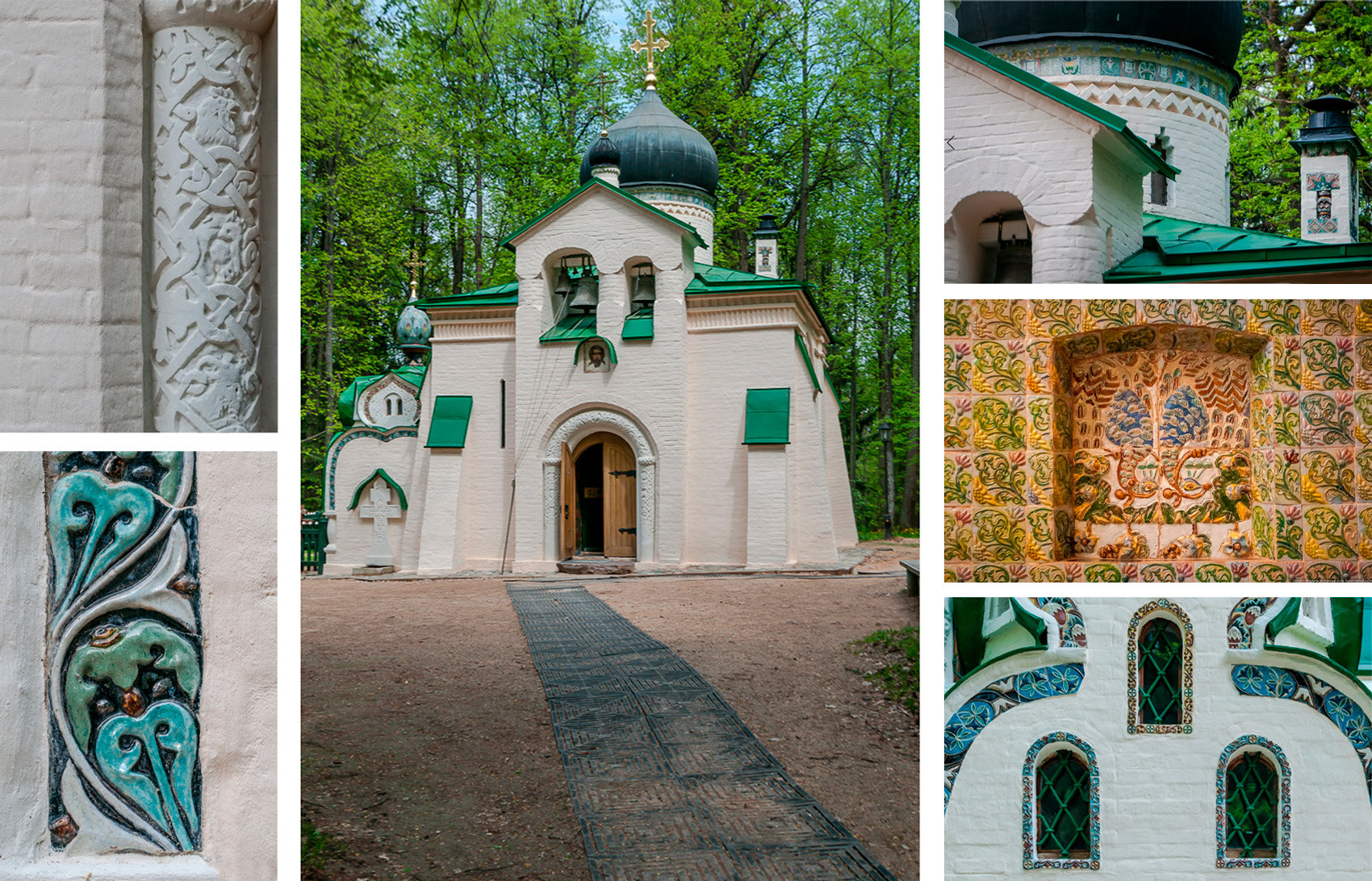 Church of the Savior 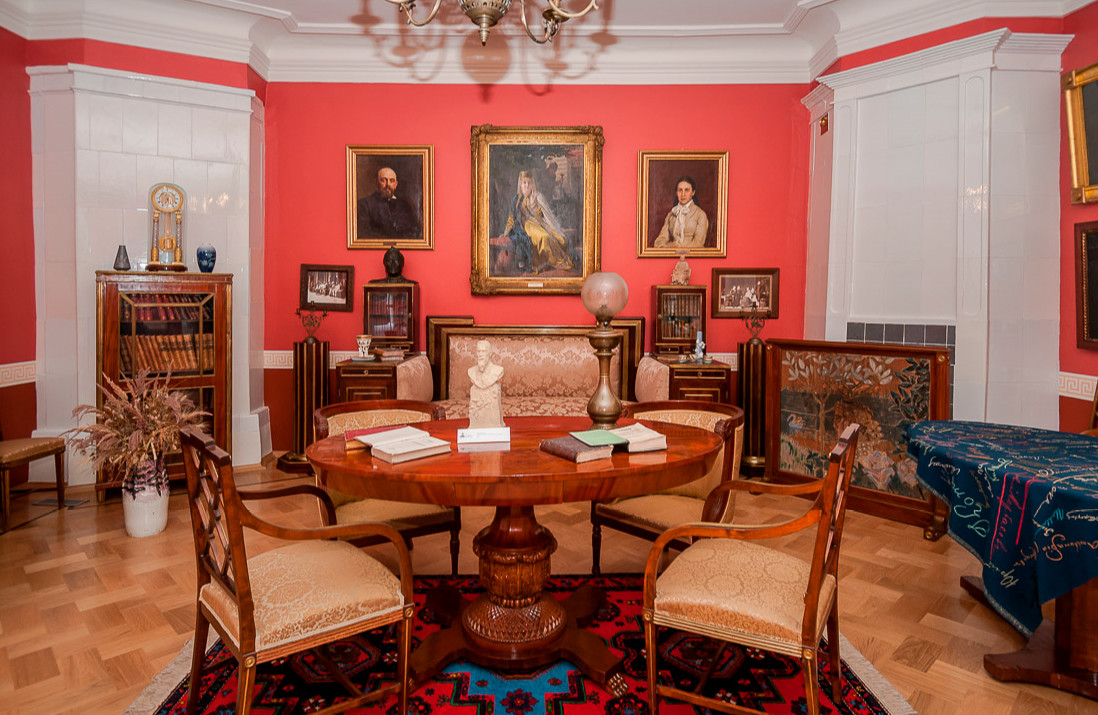 Inside the main house

After the 1917 Revolution swept Russia, the majority of the former noble estates were abandoned, looted or destroyed. Abramtsevo managed to avoid such a fate. Although it was nationalized in 1917, it was converted to a museum, whose first custodian was Savva Mamontov’s daughter, Alexandra. The estate recently marked its 100th anniversary and in that time the Abramtsevo historical, artistic and literary museum-reserve has been one of the most fascinating of heritage sites, visited by thousands of tourists.