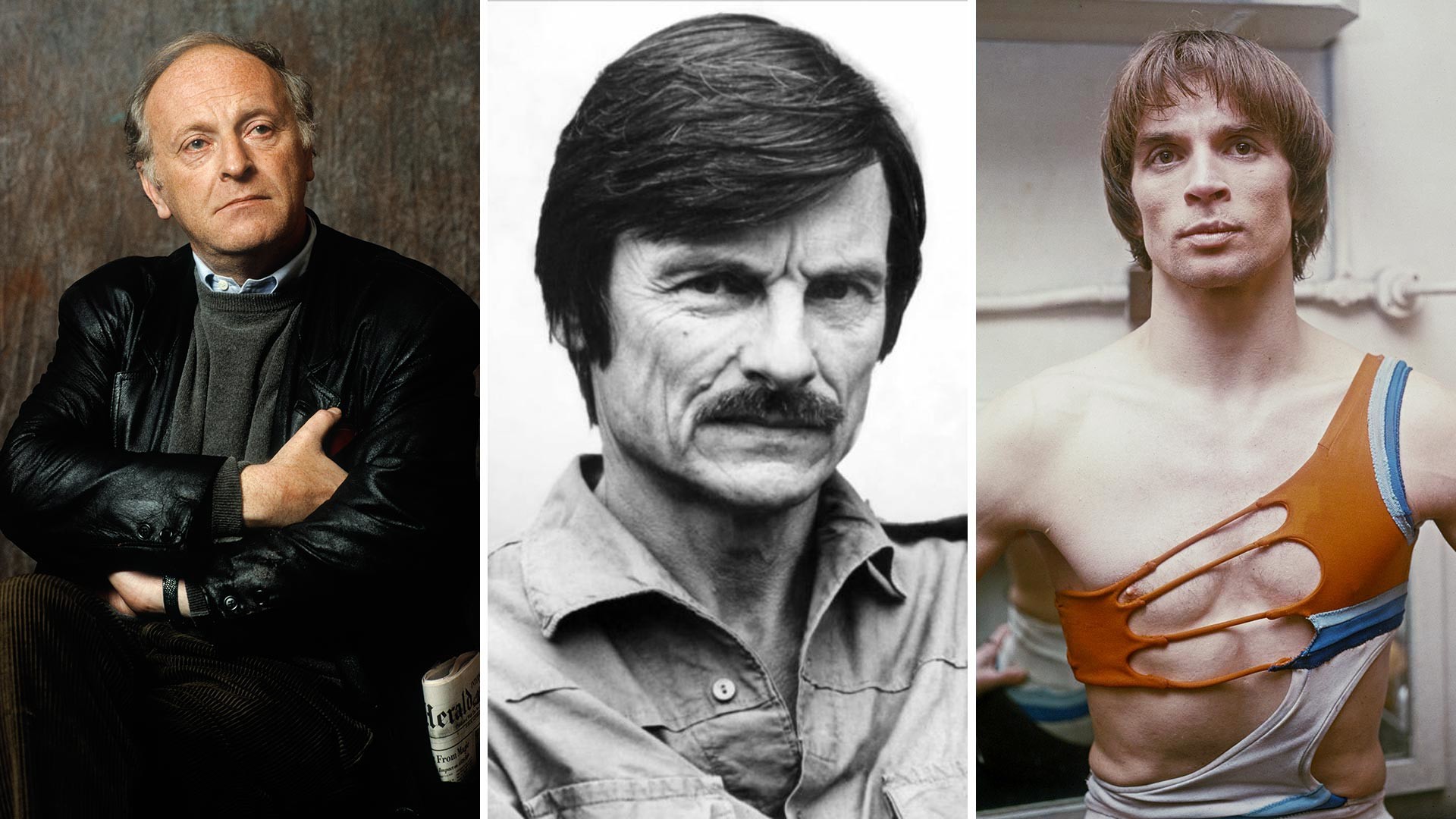 Ulf Andersen/Keystone/Hulton Archive/Getty Images; Legion media
Russians have a particular fondness for old cemeteries where famous people are buried. So when Russians travel abroad, they’re likely to seek out the final resting places of their eminent compatriots. 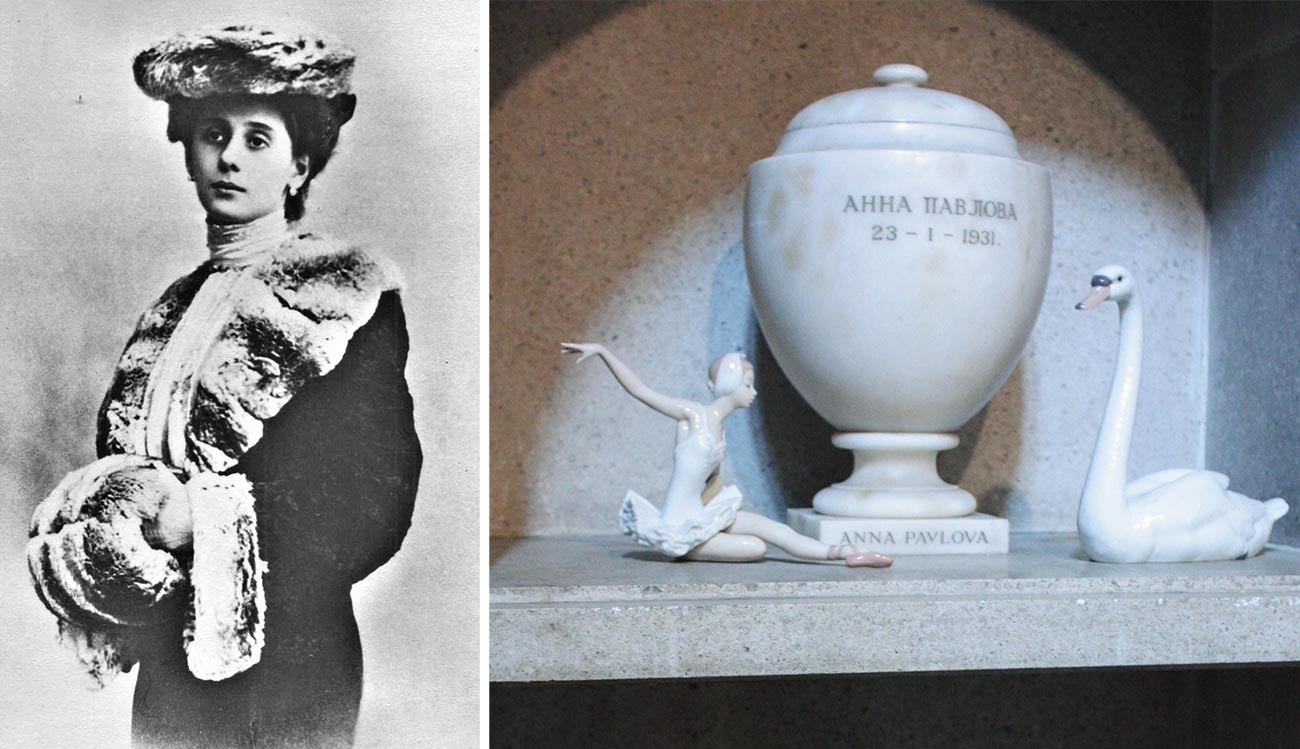 This prima ballerina of the Mariinsky Theater became globally famous thanks to her association with Sergei Diaghilev's Ballets Russes. Later, Pavlova set up a ballet company of her own and even created her own style in ballet. With the outbreak of World War I, she moved to England but continued to tour actively. In the 1920s, Anna Pavlova traveled half the world, visiting Asia, Latin America and even Australia and New Zealand. For some countries, hers was the first ballet performance to ever be staged there. Pavlova died after catching a cold in a chilly rehearsal room. Her ashes rest in the columbarium of Golders Green Crematorium, the first one in London. 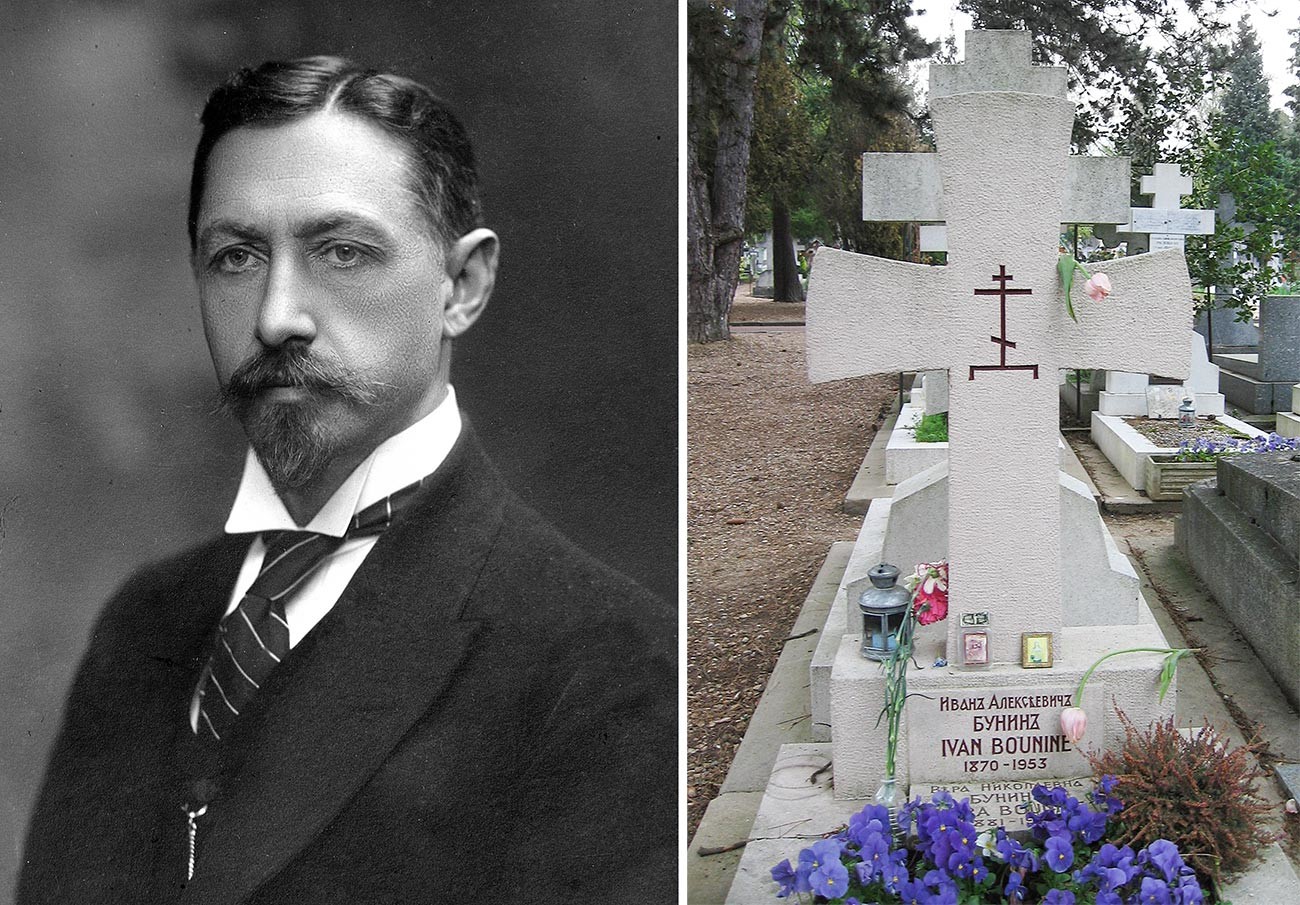 The first Russian to win the Nobel Prize in Literature left Russia in 1920 after the Revolution and the Civil War. A successor to the literary tradition of Tolstoy and Dostoevsky, Bunin settled in Paris and gathered a circle of emigrant writers around him. After World War II, the Soviet government invited him to return to his homeland or at least to come on a visit, but he refused, citing his old age. In the final years of his life, Bunin was battling with a serious pulmonary disease. He was buried in the Parisian cemetery of Sainte-Genevieve-des-Bois, the resting place of many prominent Russian emigres. 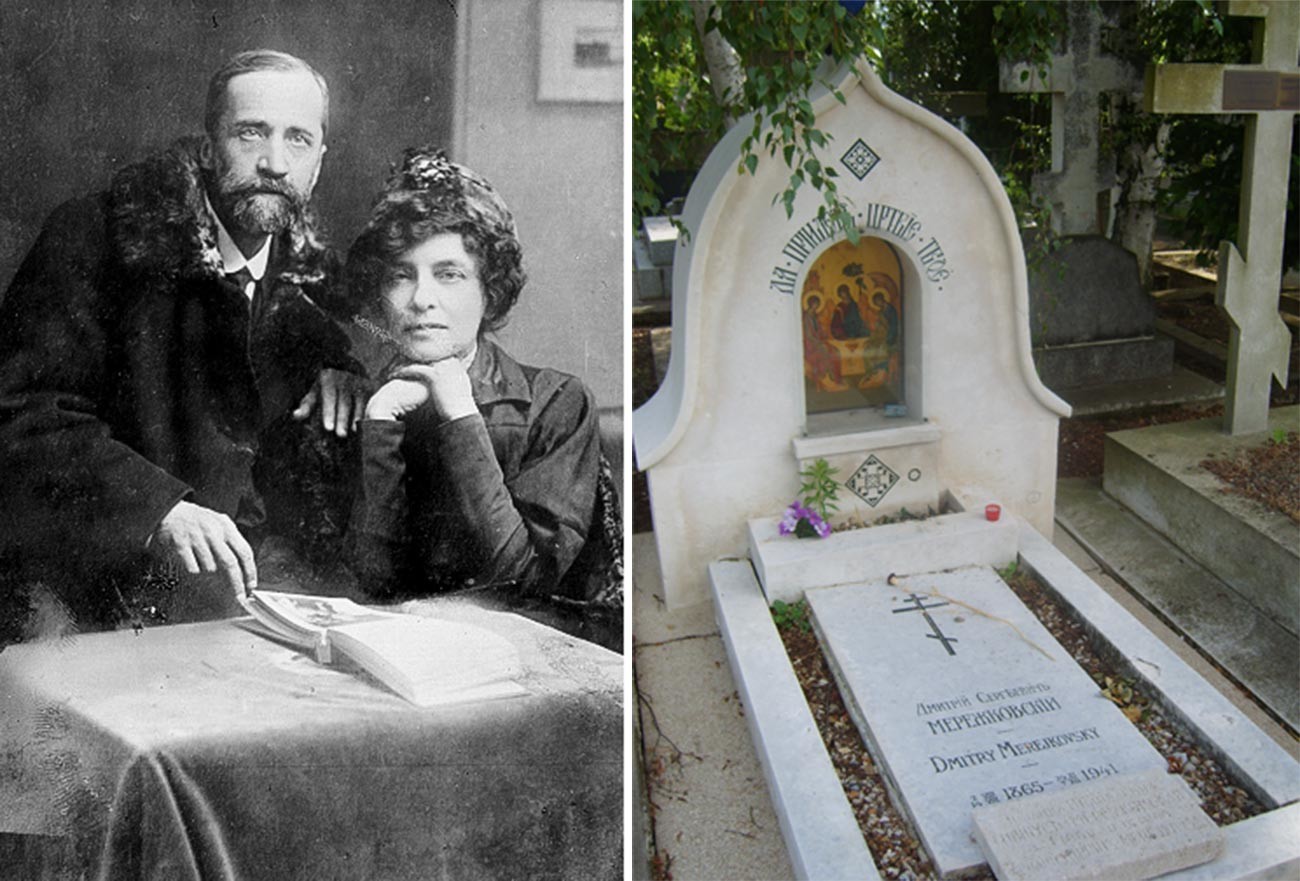 Same as Bunin, these prominent figures of the Silver Age of Russian literature, Merezhkovsky and Gippius  refused to accept the Bolshevik Revolution, settling in Paris in 1920. The married couple believed that the West's main mission should be to liberate Russia from Bolshevism, to which end they were even prepared to support Mussolini and Hitler. For their radicalism, they were kicked out of their Paris apartment and many Russian emigres refused to associate with them. Merezhkovsky died in 1941, and Gippius followed him four years later. They are buried together in Sainte-Genevieve-des-Bois. 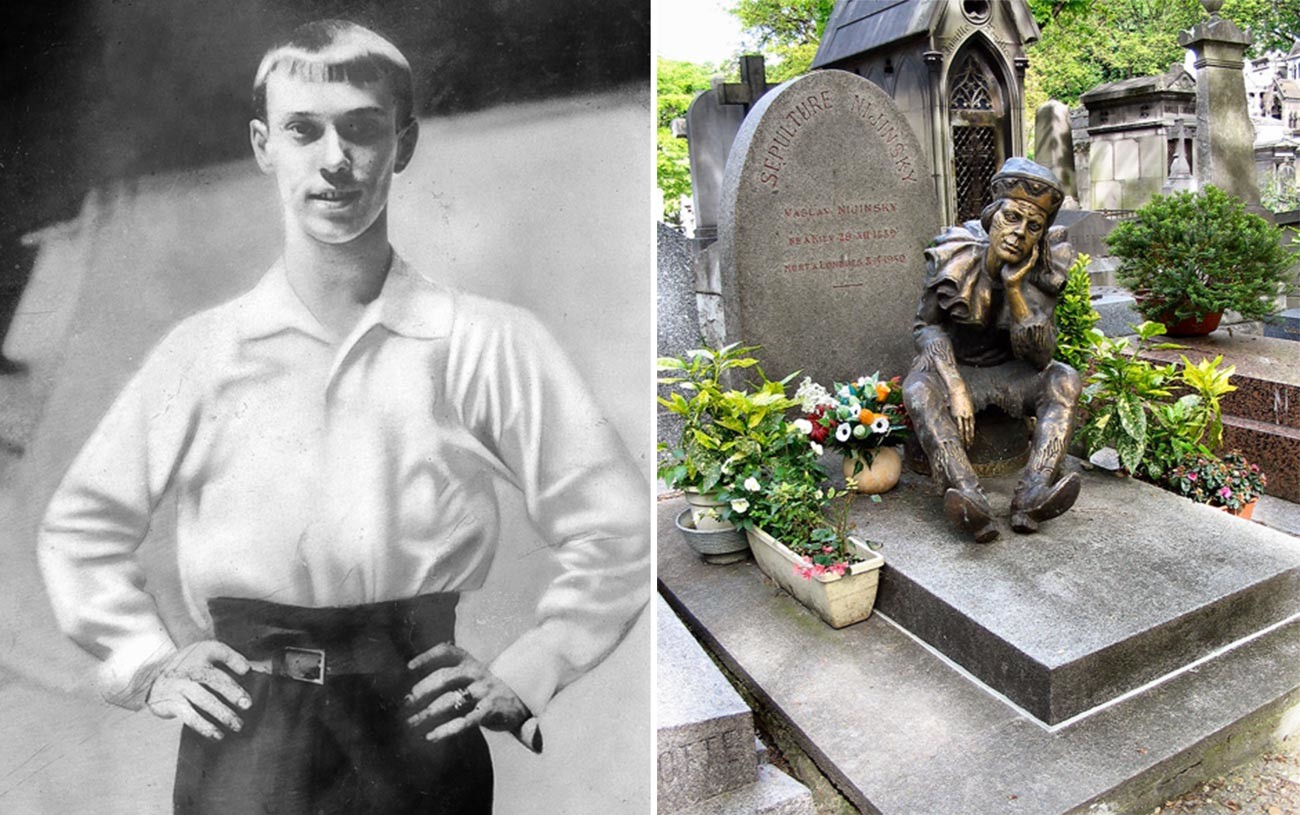 Another star of Sergei Diaghilev's Ballets Russes, Nijinsky was also the famous impressario's lover. However, while on a foreign tour in 1913, he secretly married one of his admirers. Diaghilev kicked Nijinsky out of his ballet company, and the great dancer had difficulty establishing a solo career on his own. At the start of World War I, Nijinsky with his wife and two children arrived in St. Petersburg. Diaghilev forgave him and offered him several memorable parts, as well as an opportunity to travel abroad. However, Nijinsky's success on stage was short-lived: soon he was diagnosed with a mental illness and spent many years in a Vienna clinic. He died in London, but three years later his remains were moved to Paris and buried in the Montmartre Cemetery. 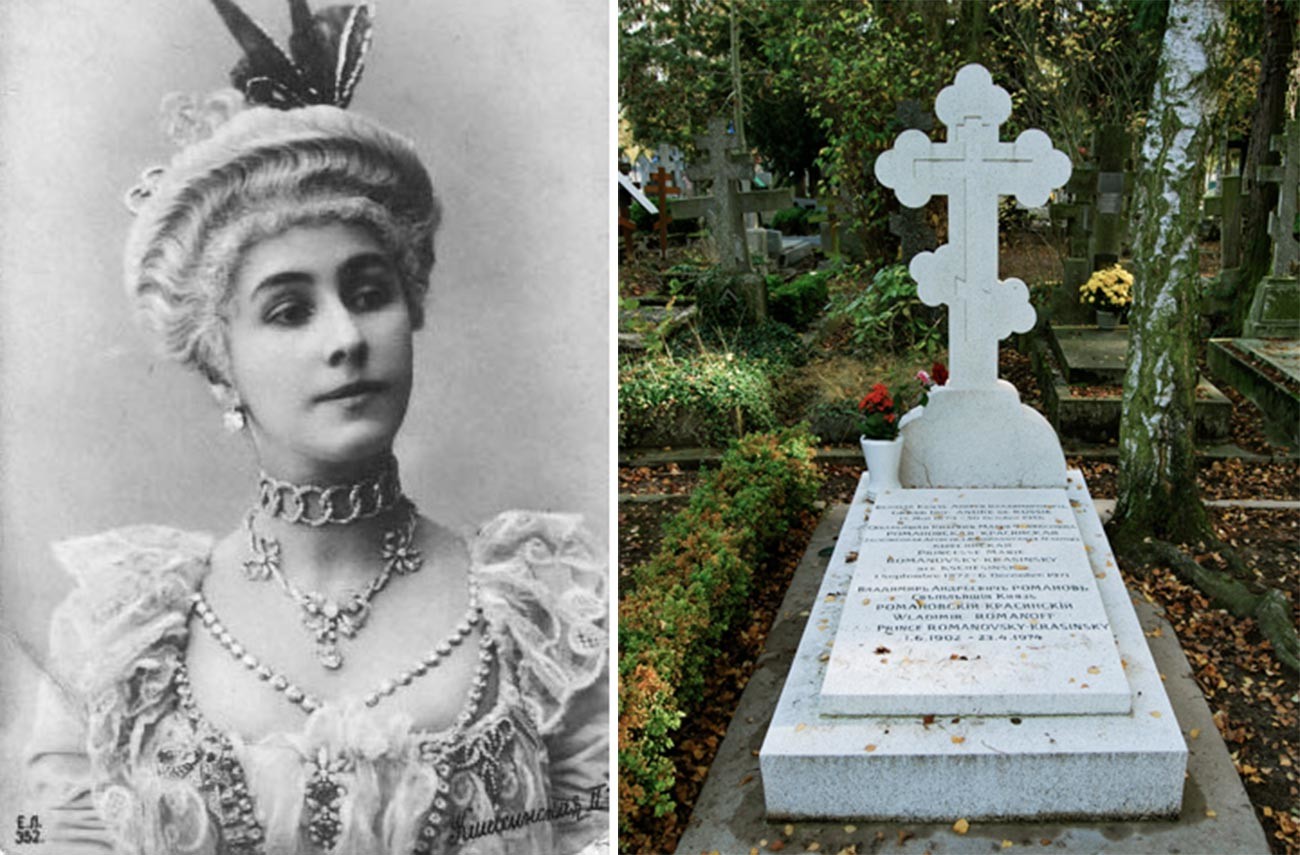 The famous ballerina and mistress of the last Russian tsar was forced to leave her luxurious mansion in central St. Petersburg as it was occupied by the Bolsheviks. Kschessinska had a villa in the French countryside, but she settled in Paris where she opened a ballet studio. She lived to be almost 100 years old and was buried in Sainte-Genevieve-des-Bois with her husband, Grand Duke Andrei Vladimirovich Romanov, and her son.

One of the most outstanding Russian composers of the 20th century was the author of many of Diaghilev's Ballets Russes hits. His ballets The Firebird, Petrushka and The Rite of Spring, written in the neo-Russian style, made Stravinsky globally famous. The outbreak of World War I found the composer and his family in Switzerland and they decided not to return to Russia, which soon was gripped by a revolution. Stravinsky continued to write music and enjoyed much success. He lived in Switzerland and Paris, and toured the U.S., where he decided to stay with the outbreak of World War II. The composer died in New York, but was buried in the San Michele Cemetery in Venice. 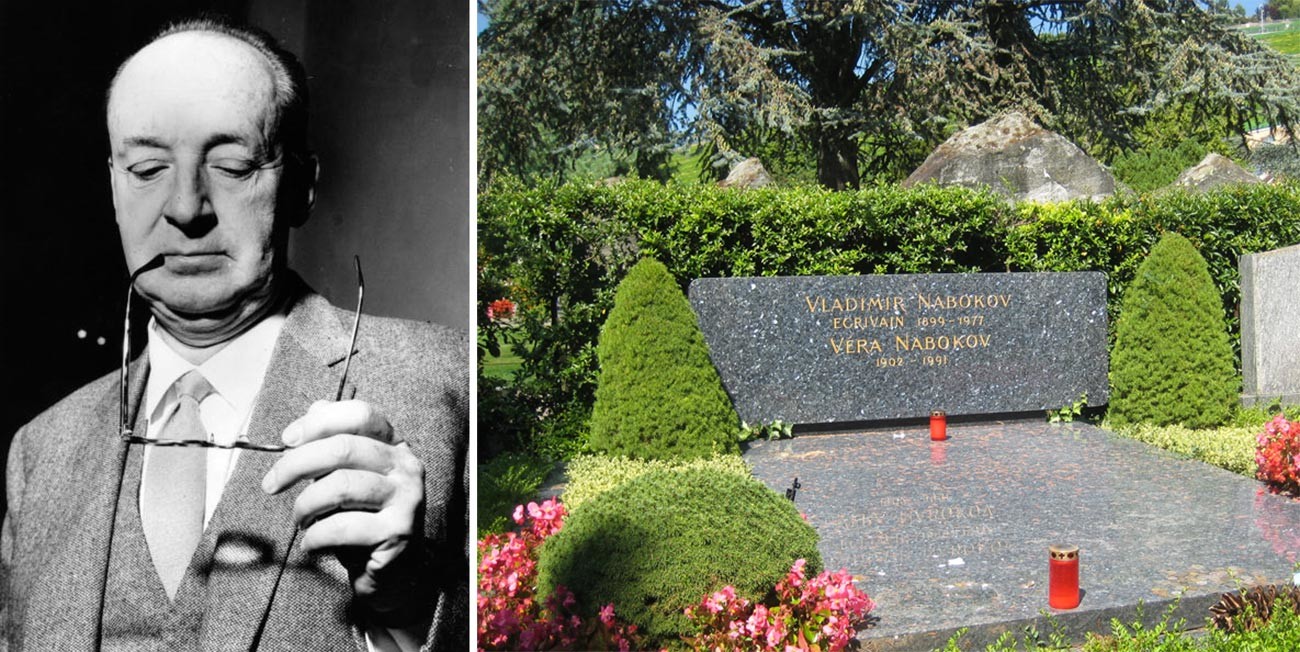 The father of the future writer was a politician and an opponent of the Bolsheviks, so with the start of the Civil War, the whole family had to leave Russia. Nabokov studied in England and later lived in Berlin and Paris. The writer's wife Vera was Jewish, so at the outbreak of World War II, the family fled to the U.S.where Nabokov taught Russian literature at university and wrote several famous novels in English. In 1960, he returned to Europe and spent his final years in Montreux, Switzerland, devoting his time to his favorite pursuit - collecting and studying butterflies. He was buried in the cemetery of the village of Clarens near Montreux. 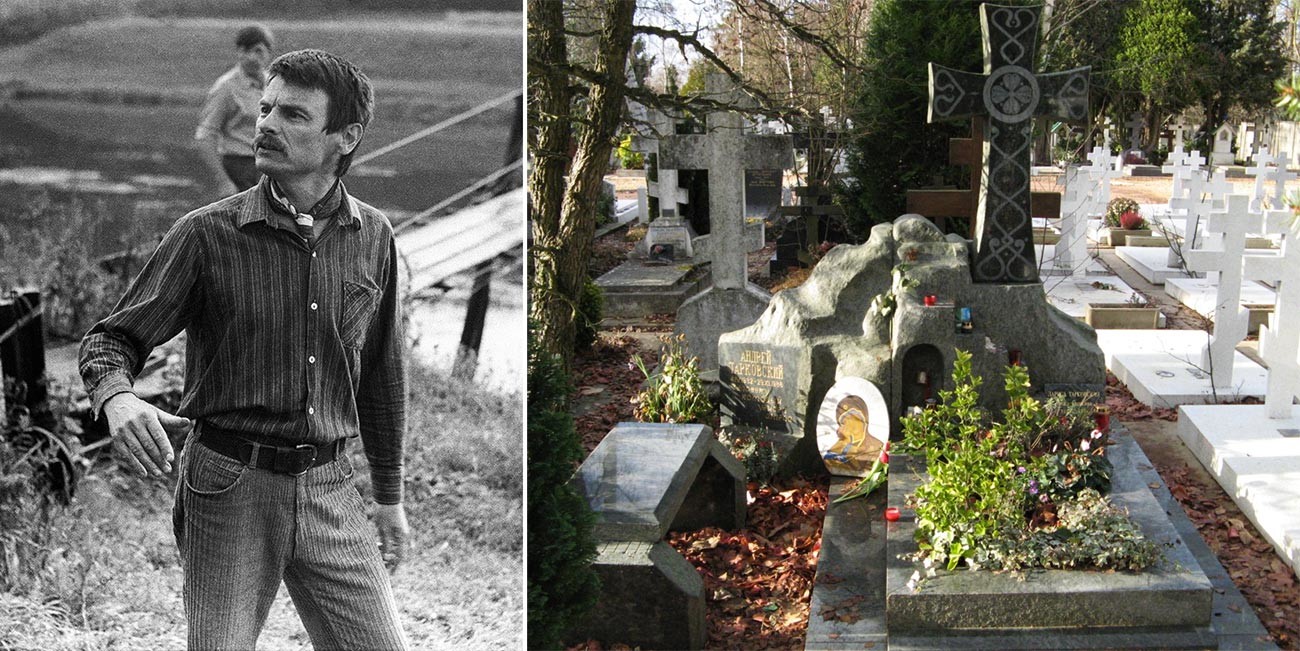 After a work trip to Italy, Tarkovsky, who was one of the most famous Soviet directors, decided not to return to his homeland and became persona non grata in the USSR. Tarkovsky made only two films while living abroad - in 1985 he was diagnosed with lung cancer, and in 1986 he died in a friend's apartment in Paris, where he was staying. Tarkovsky is also buried in Sainte-Genevieve-des-Bois. His gravestone was created by the famous sculptor Ernst Neizvestny. 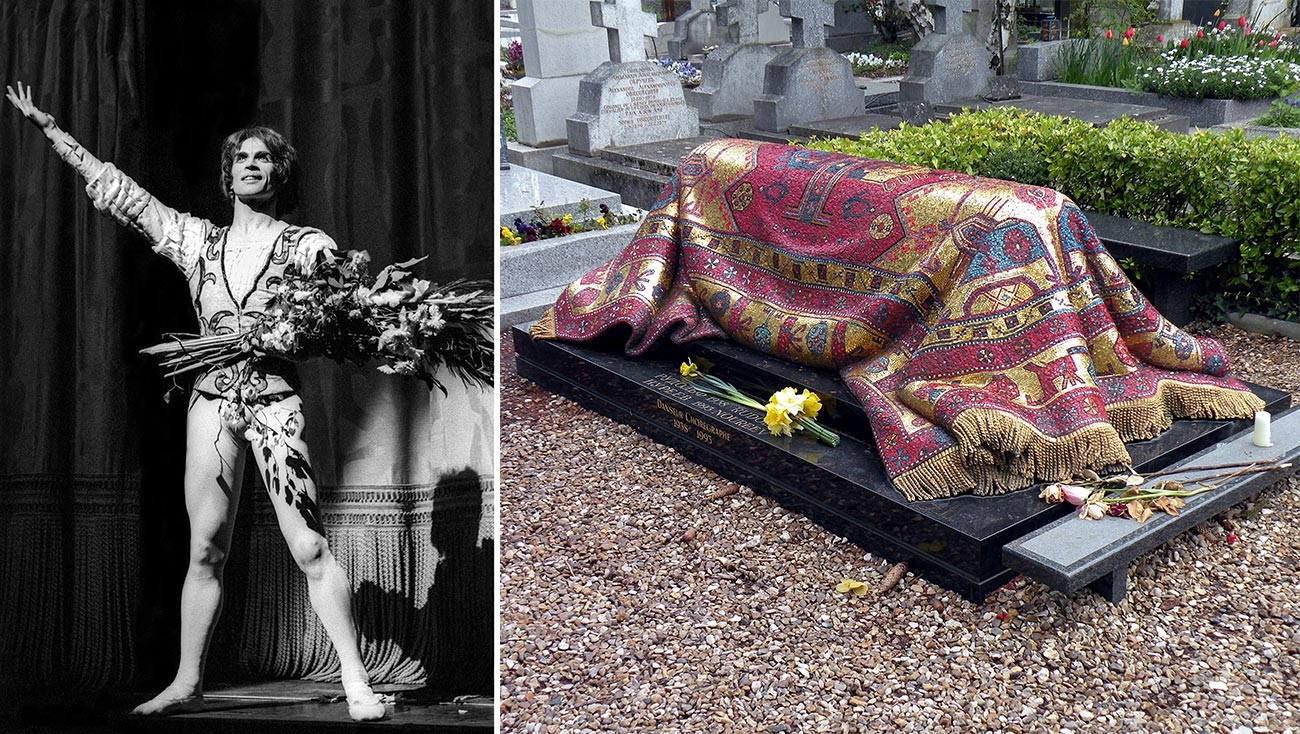 Here is another famous dancer in a famous Parisian cemetery. Nureyev was one of the first Soviet artists to defect during a foreign tour. He became a superstar in the West, performing in Denmark, England, and Austria. Later he spent many years leading the ballet troupe of the Paris Opera. He was openly gay and died of complications from AIDS. The oriental carpet on his grave in Cemetery Sainte-Genevieve-des-Bois is a throwback to his Tatar roots and the childhood he spent in Ufa. 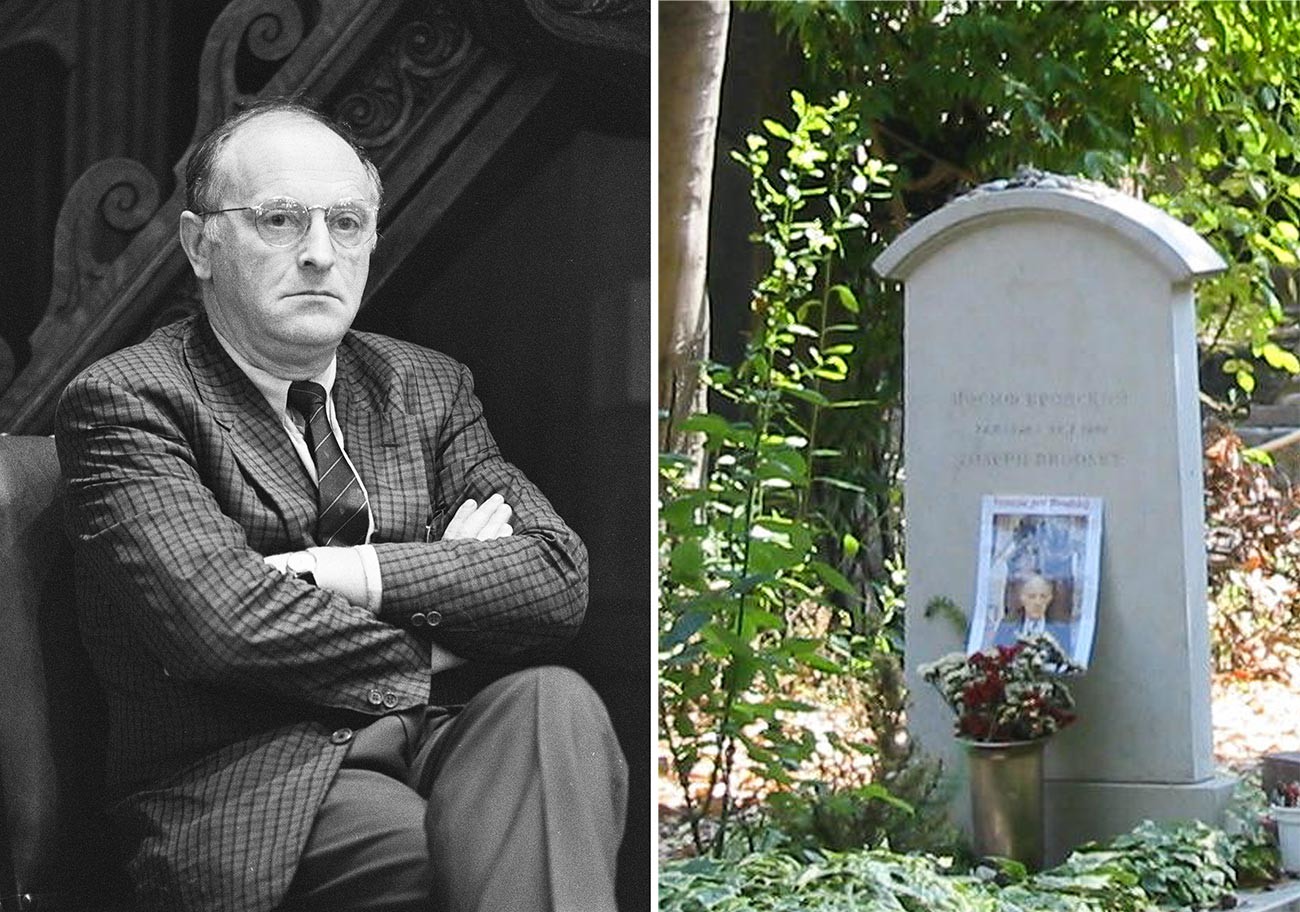 Another winner of the Nobel Prize in Literature, this poet still enjoys incredible popularity in Russia. The Soviet regime and social structure did not agree with Brodsky: he even spent two years in exile "for parasitism" since he was a poet without any official unemployment. Later, the authorities forced him to leave the country, although he himself had been looking for ways to emigrate and was even considering a sham marriage with a foreigner. Brodsky moved to the U.S. and taught Russian literature. However, the place that he was particularly fond of was Venice, which he visited every winter, wandering along its canals that reminded him of his native Leningrad. While Brodsky died in the U.S., he was buried in Venice in the San Michele cemetery.