How did Lenin plan to apply Marxism to Russia? 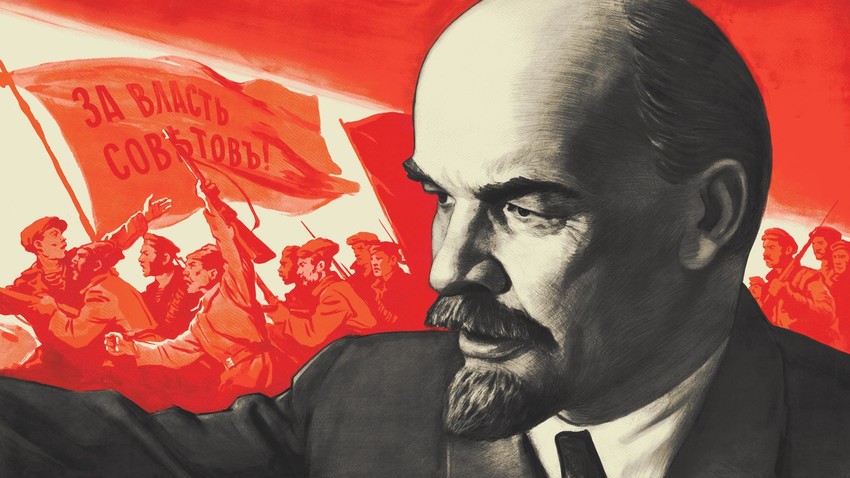 L. Golovanov
Vladimir Lenin led the Bolsheviks to power in Russia. What was his program?

One of the driving forces behind the Bolsheviks’ victory in Russia was their propaganda. And the works of Vladimir Lenin were at the heart of it. A follower of the teachings of Karl Marx, Lenin had certain plans for the development of Russia after the Revolution.

Please, bear in mind that in this article, we offer a comprehensible, approximate version of Leninist and Marxist philosophies - not an exhaustive analysis. 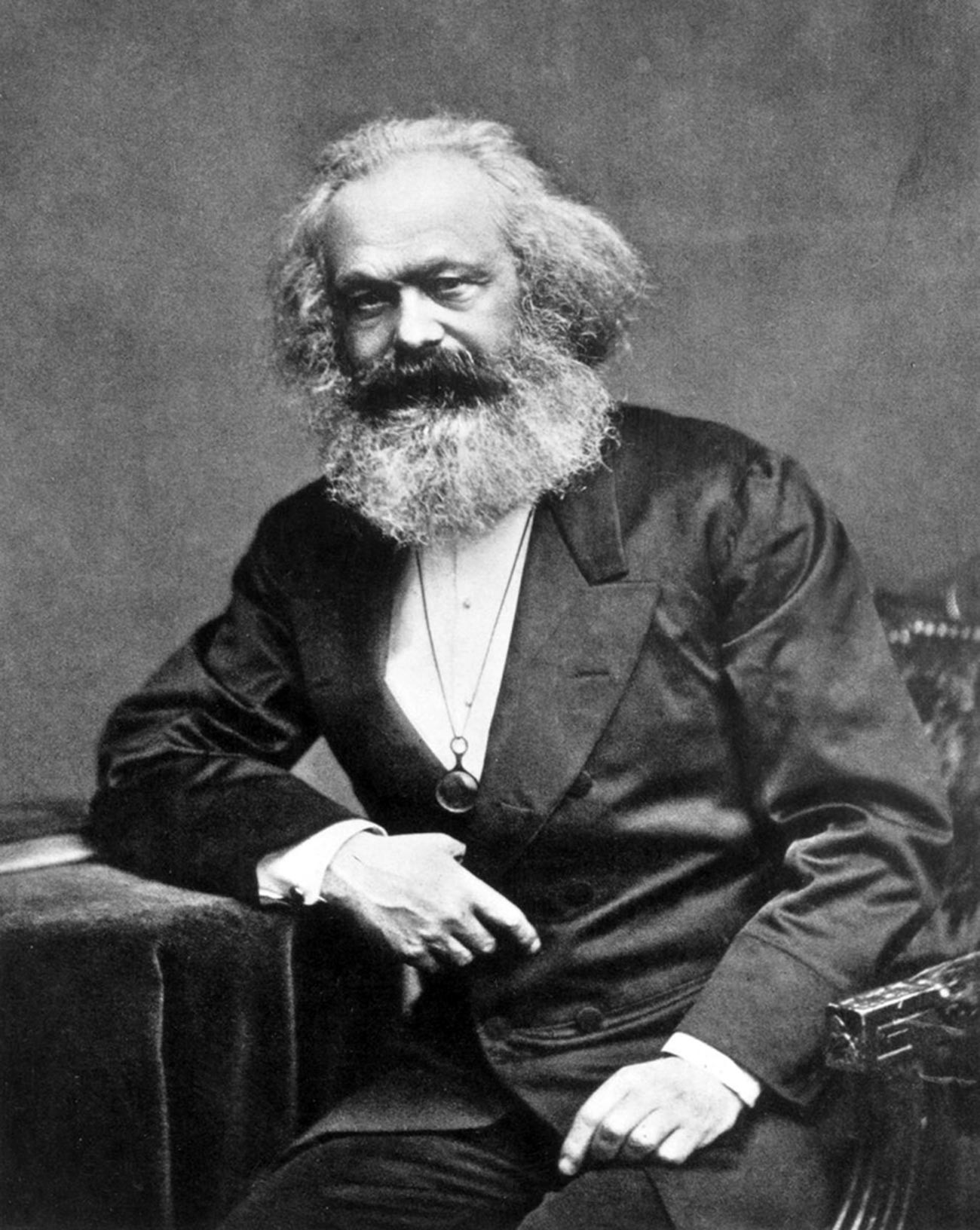 In his seminal work ‘Capital’, Karl Marx elaborated on the theory of socio-economic formations. These formations were types of society, distinguished by modes of ownership, that, according to Marx, followed each other, complying with the laws of social and historical evolution (as Marx saw them). 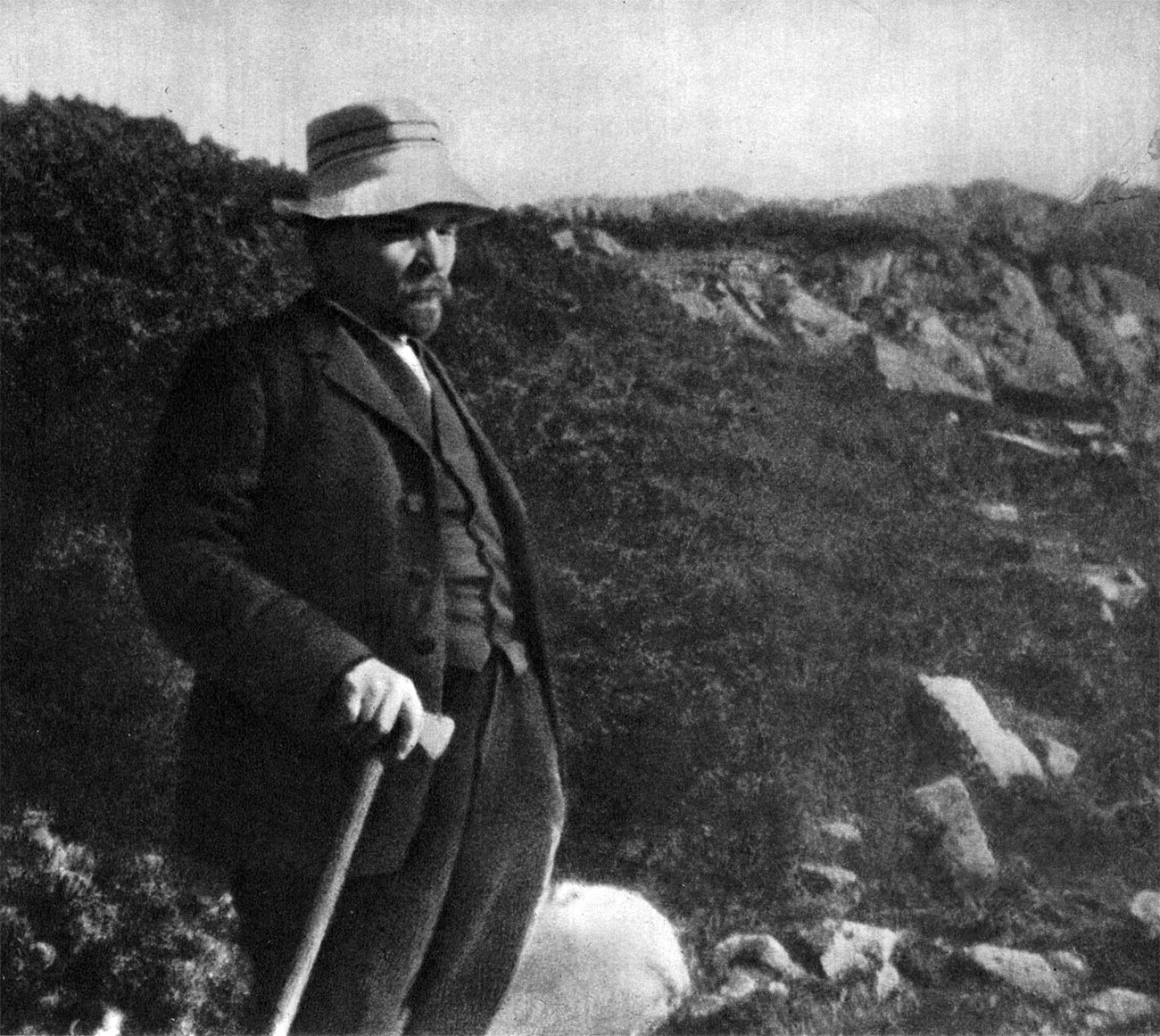 Karl Marx’s theories were developed in the mid-19th century, with Vladimir Lenin building on them in the early 20th century with a practical goal in mind: to seize power in Russia. In his works, Lenin proposed immediate and violent action to ignite the proletarian revolution.

After the failure of the 1848 French Revolution (eventually, the monarchy was restored), Karl Marx became a proponent of the idea that only cooperation and legal action of the proletariat can lead to the formation of a truly democratic government. In the foreword to the 1895 reissue of Karl Marx’s ‘The Class Struggles in France, 1848-1850’, Friedrich Engels wrote: “The time of revolutions, carried out by the sudden seizure of power by small conscious minorities at the head of the unconscious masses, has passed.” 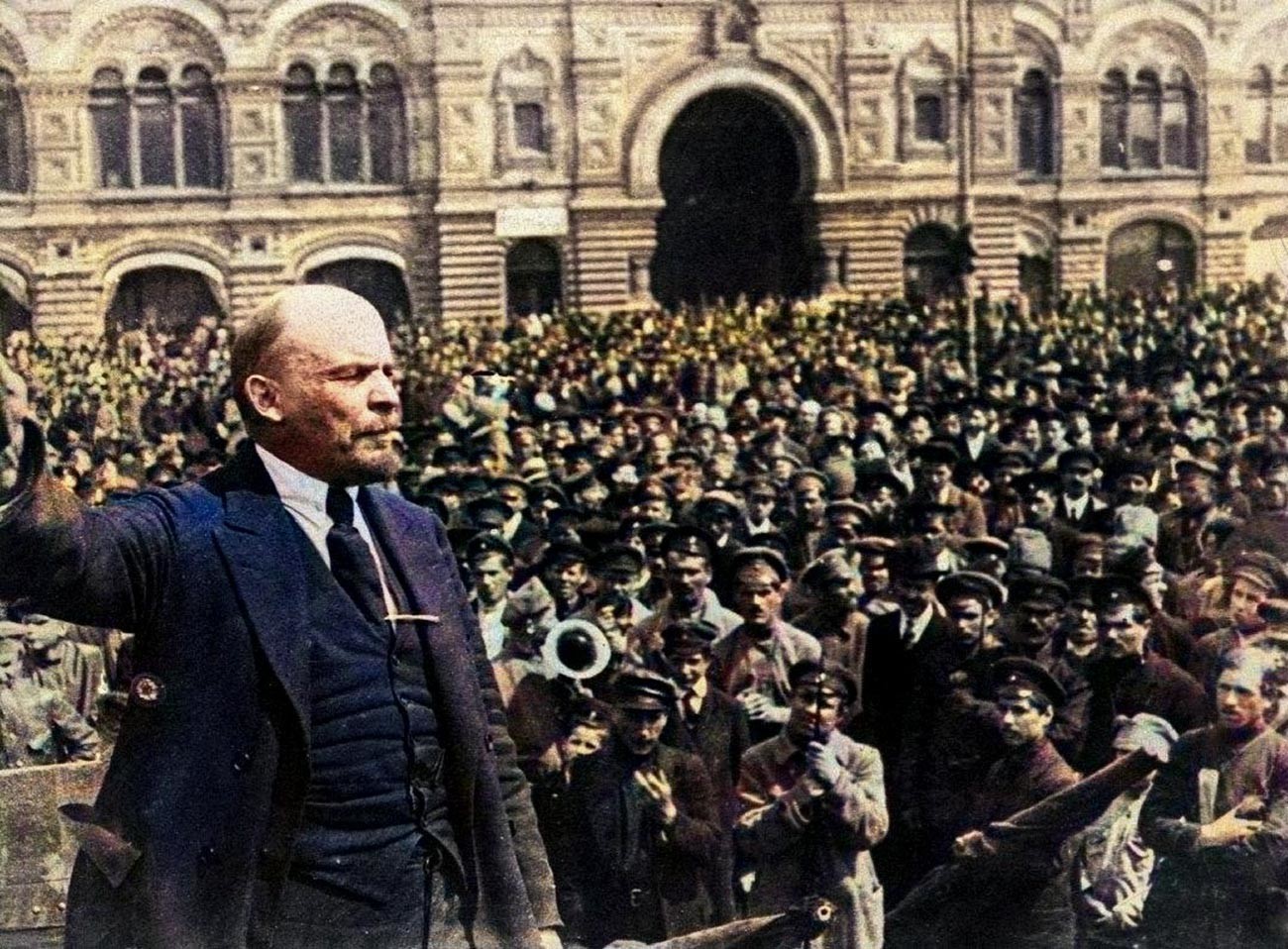 Vladimir Lenin, on the contrary, thought that the proletarian revolution must destroy capitalist society, and that it must be carried out by a small group of people. In this line of thought he followed the Russian narodniks, and in particular, Pyotr Tkachev, who wrote: “The people, left to themselves, are unable to carry out a social revolution. Only we, the revolutionary minority, can do this, and we must do it as soon as possible.”

“Give us an organization of revolutionaries, and we will turn Russia upside down!” Lenin wrote in 1902 in his pamphlet ‘What Is to Be Done?’. And in 1903, during the 2nd Congress of the Russian Social Democratic Labor Party in Brussels, he’d already spoken about the establishment of a dictatorship of the proletariat – the state of affairs when the working class holds the political power. In Lenin’s view, this outcome could only be established by the Communist Party.

Marx assumed that the socialist revolution could win only in the countries of highly developed industry, where there are organized, conscious masses of workers, who can cooperate and negotiate with authorities. Lenin stubbornly propagated that the proletariat must fight for power in all countries. In April 1917, during the turmoil of the Russian Revolution, Lenin returned to Petrograd from Europe and published his ‘April Theses’ – the directives for the Bolshevik Party on their immediate actions in Russia.

Lenin’s ideology before and after the revolution 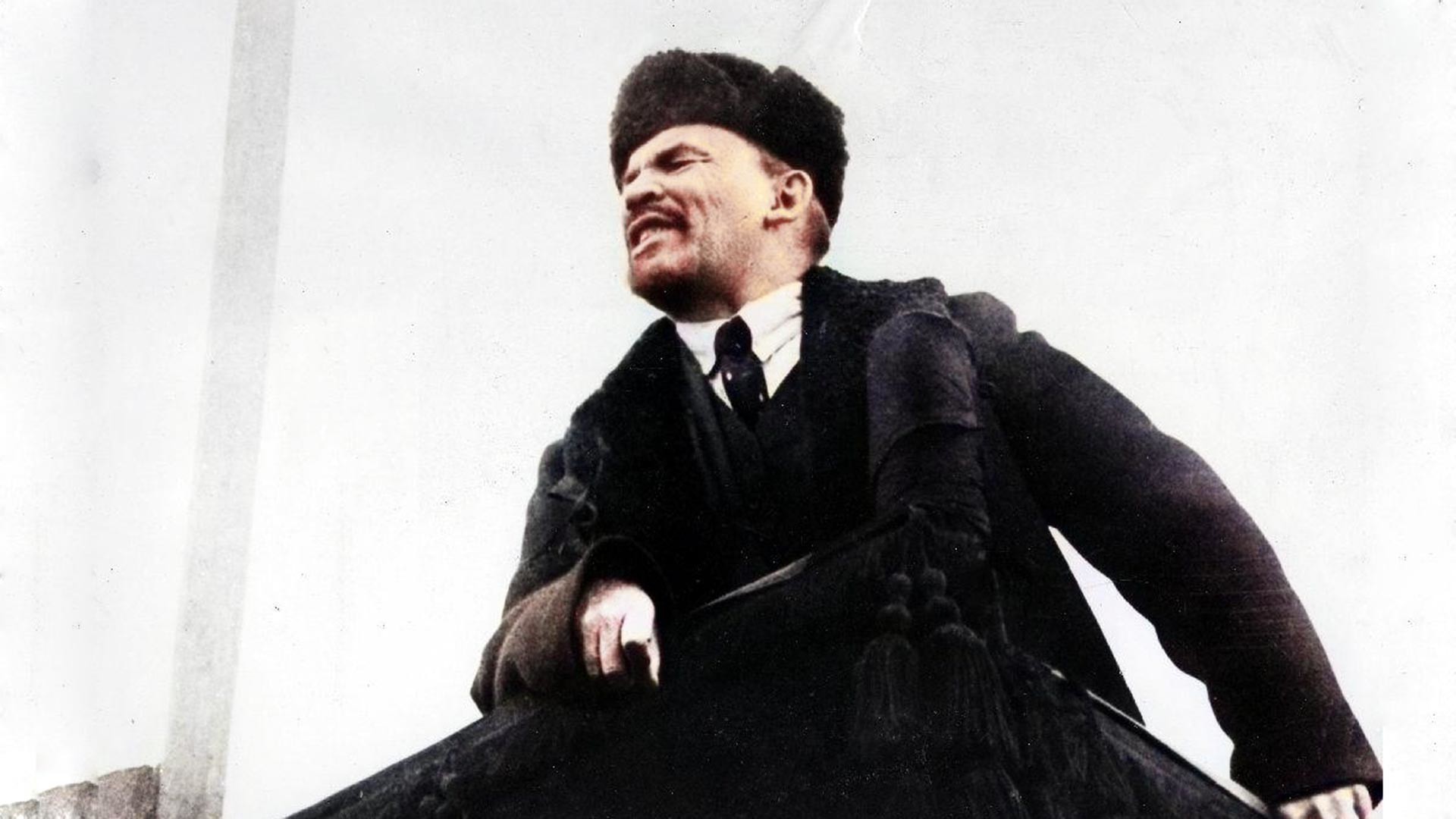 Vladimir Lenin during a public rally

In Theses, Lenin asserted that “Russia is transitioning to the second stage of the revolution, which must place power in the hands of the proletariat and the poorest sections of the peasants.” He also called for "a republic of the Soviets of Workers', Agricultural Labourers' and Peasants' Deputies throughout the country, from top to bottom." After the seizure of power, Lenin demanded the liquidation of the army, the police and the civil servants altogether.

Even the Bolshevik Party, Leon Trotsky wrote, “was caught off guard by Lenin... there was no debate, everyone was stunned” by the radicalism of his demands. Immediate cessation of war, giving out land to the peasants and nationalization of the most important industries were also in Lenin’s program.

As we know, after the 1917 Bolshevik revolution which took place October 25th (November 7th New Style) 1917, the Bolsheviks liquidated the old state apparatus, nationalized the land, the factories, mines, railways, and other means of production. The new government was to be based on the power of Soviets – workers’ councils that represented the will of the people. The supreme governing body was the All-Russian Congress of Soviets. 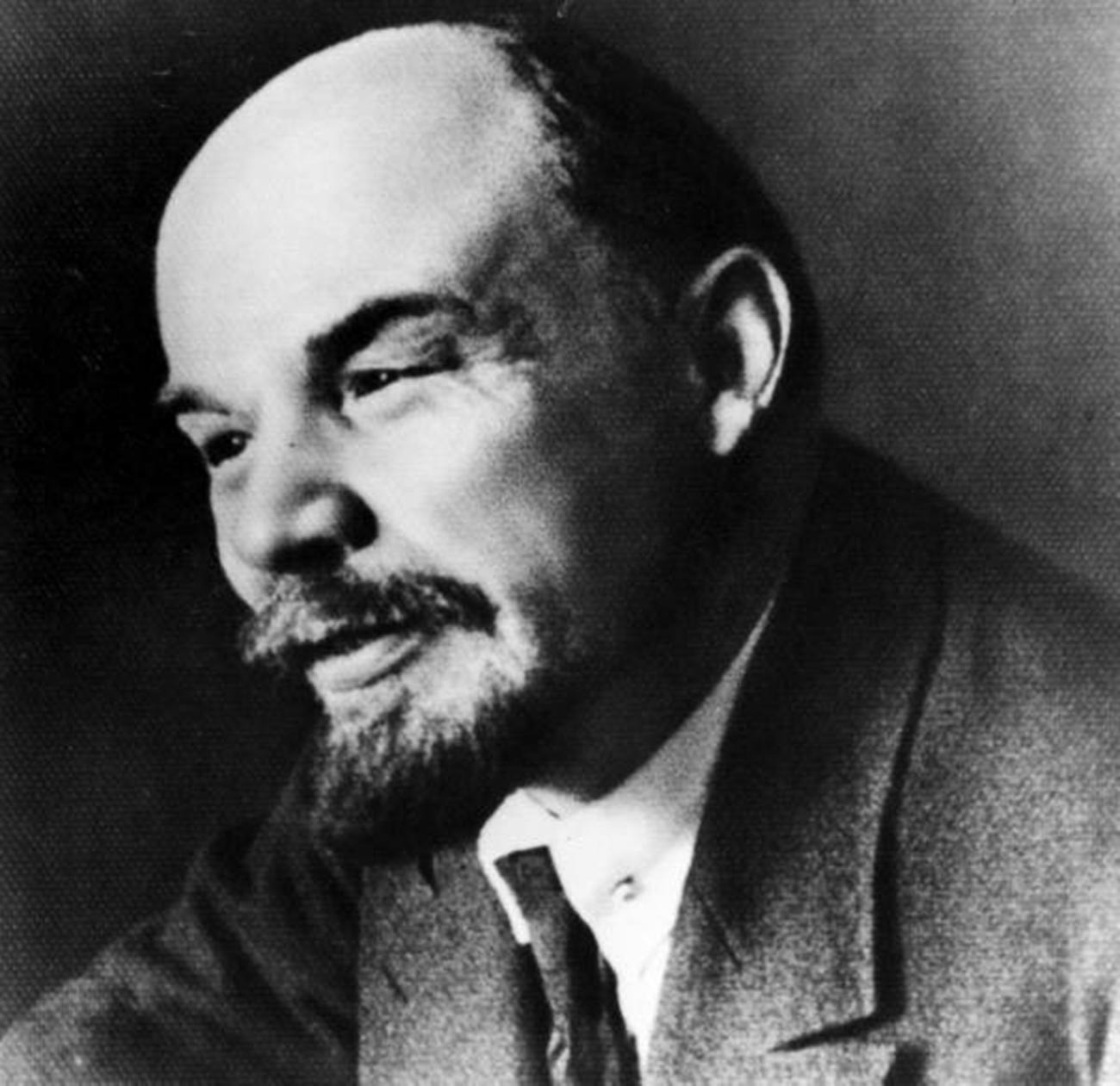 But in the state of affairs prevailing at the time, all power was naturally seized by the All-Russian Central Executive Committee – the little council of the highest members of the Bolshevik Party that, according to the Soviet Russia Constitution of 1918, worked without any oversight from any other bodies. The Council of People's Commissars, the new government, was in fact subject to the decisions of the Central Executive Committee that could cancel any decisions made by the Council of People's Commissars.

After gaining power in Russia, Vladimir Lenin and his closest Bolshevik associates quickly constructed an authoritarian structure of government to help fight the Monarchist movement and the intervention, and to control the crumbling economy.

Lenin was very consistent in his ideology and action – he created a dictatorship of the proletariat, but built a place for himself and, subsequently, Stalin, as a dictator in this scheme.