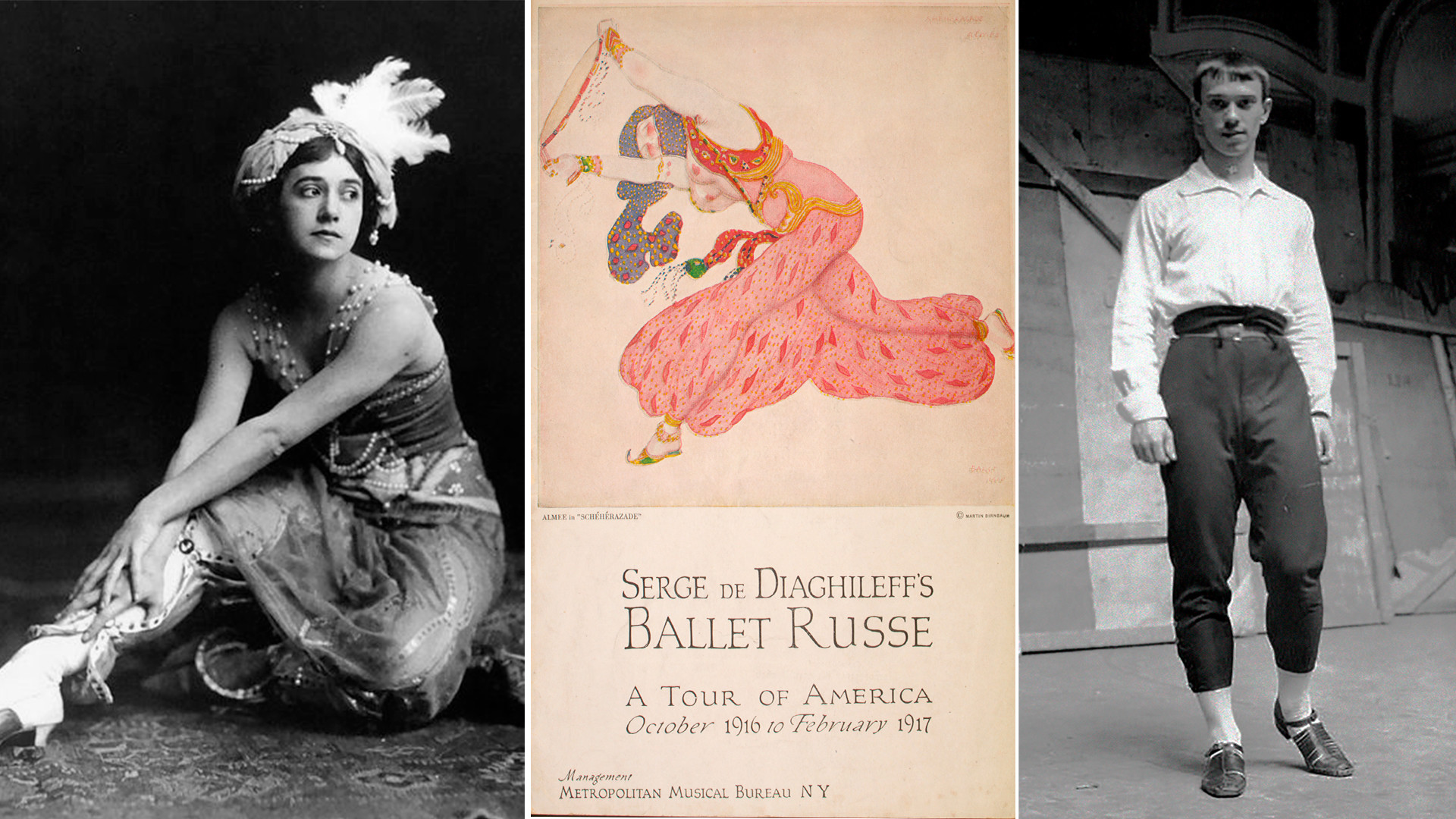 At the beginning of the 20th century, impresario Serge Diaghilev organized regular tours of Russian artists abroad. The first performances were held in 1907-1908 in Paris under the title of ‘Saisons Russe’ (Russian Seasons) and included the operas ‘Boris Godunov’, ‘Prince Igor’, ‘The Maid of Pskov’ and ‘Ruslan and Ludmila’. In 1909, Diaghilev also included a ballet program in Saisons Russe, in which the dancers of the Mariinsky and Bolshoi Theaters starred. 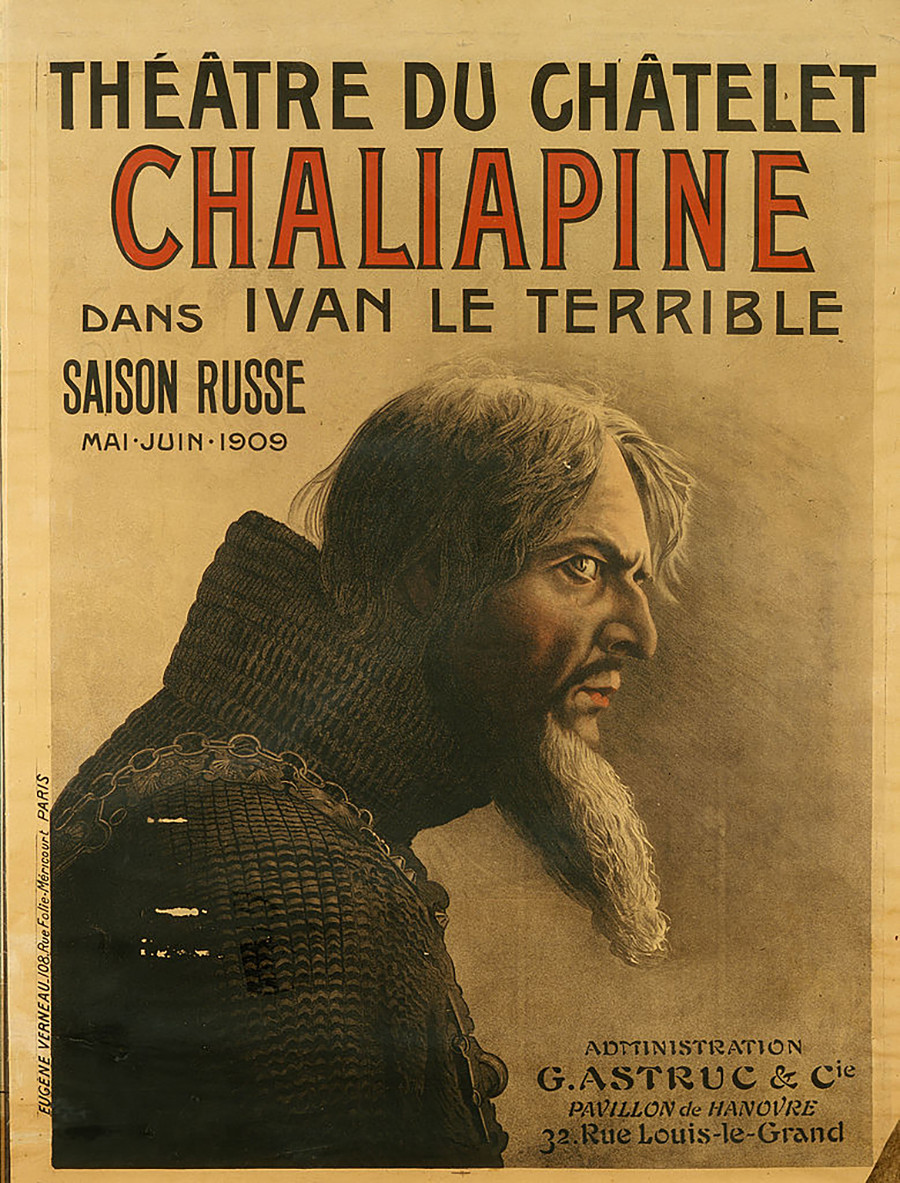 Poster for the Saison Russe at the Théâtre du Châtelet, 1909.

The following year, he decided to show only ballet performances and, in 1911, the impresario turned the seasonal tours into the itinerant ‘Ballets Russes’ company, based in Monte Carlo. 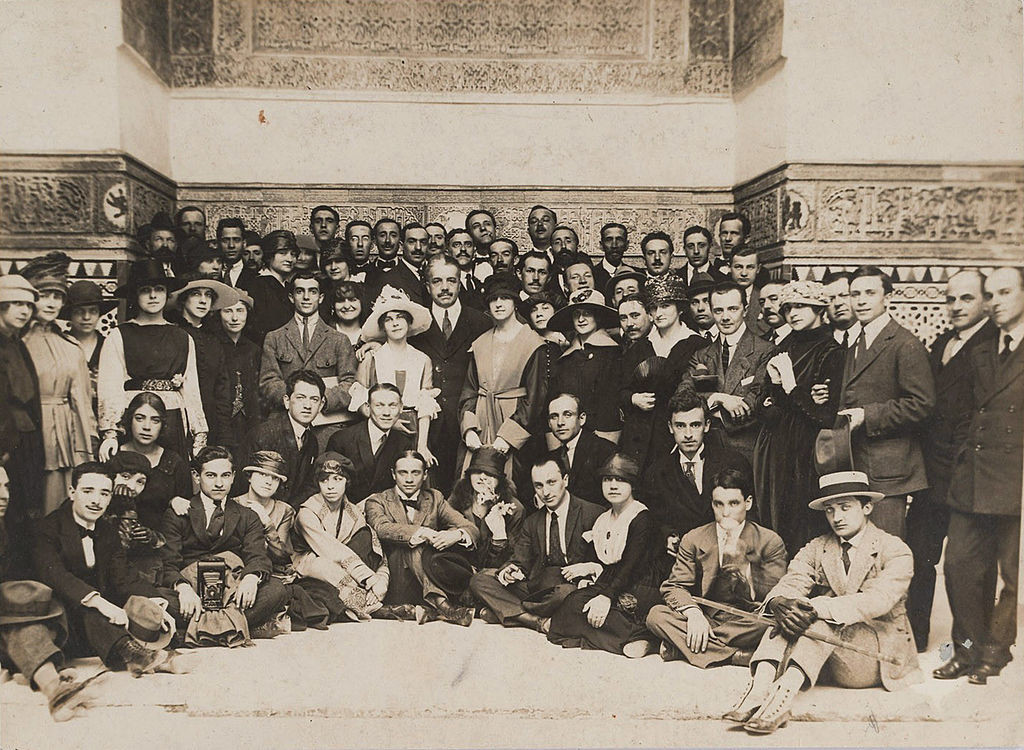 The most important of Diaghilev’s achievements was the discovery of new musical names. Among his troupe were the most famous dancers of Imperial Russia: Anna Pavlova, Tamara Karsavina, Vaslav Nijinsky, Yekaterina Geltzer. Michael Fokine accompanied the troupe as a choreographer. The costumes were created by Léon Bakst and Alexandre Benois and the composer for early programs was Igor Stravinsky. 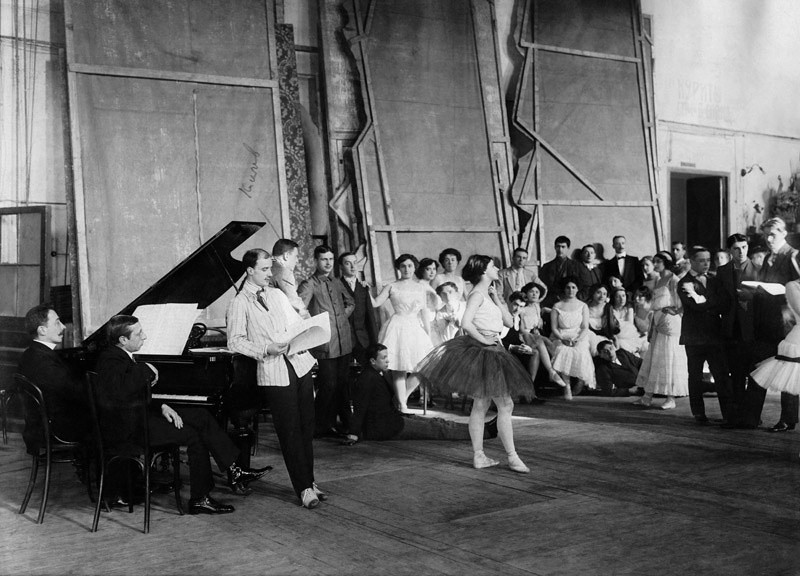 Ballets Russes during the rehearsal: at the piano on the right is composer Igor Stravinsky, and standing is Michael Fokine. In the center is ballerina Tamara Karsavina.

The season of 1909 opened in the Parisian Théâtre du Châtelet with the five performances by Fokine: ‘Le Pavillon d’Armide’ (The Pavilion of Armide) with Pavlova and Nijinsky, ‘Polovtsian Dances’ (a scene from ‘Prince Igor’), dance suite ‘Le Festin’ (The Feast), romantic ballet ‘La Sylphide’ (The Sylph), and ‘Cléopâtre’ (Cleopatra) ballet. All the premieres were welcomed by the audience with great enthusiasm and Russian ballet became a world known brand.

The 1910 and 1911 seasons were also held in Berlin and Brussels. It started with Fokine’s new ballets: ‘Carnaval’, which the maestro considered his best work, ‘L’Oiseau de feu’ (The Firebird) with Tamara Karsavina, Scheherazade, Giselle, and ‘Les Orientales’ (dances from various ballets). 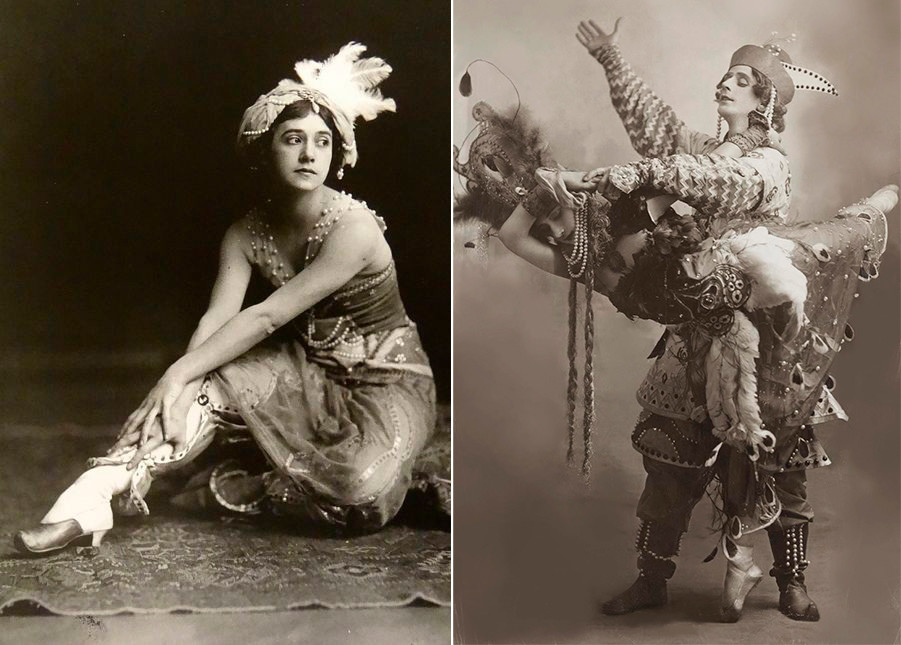 In 1912, Serge Diaghilev had started to collaborate with French composers Joseph Maurice Ravel, Reynaldo Hahn, Achille-Claude Debussy and Jean Cocteau, turning classical ballet into an experimental dance. Among them were ‘Blue God’ (an Indian-themed ballet), ‘The Afternoon of a Faun’, choreographed by Nijinsky, and ‘Daphnis and Chloe’, the Ravel described as “choreographic symphony”. 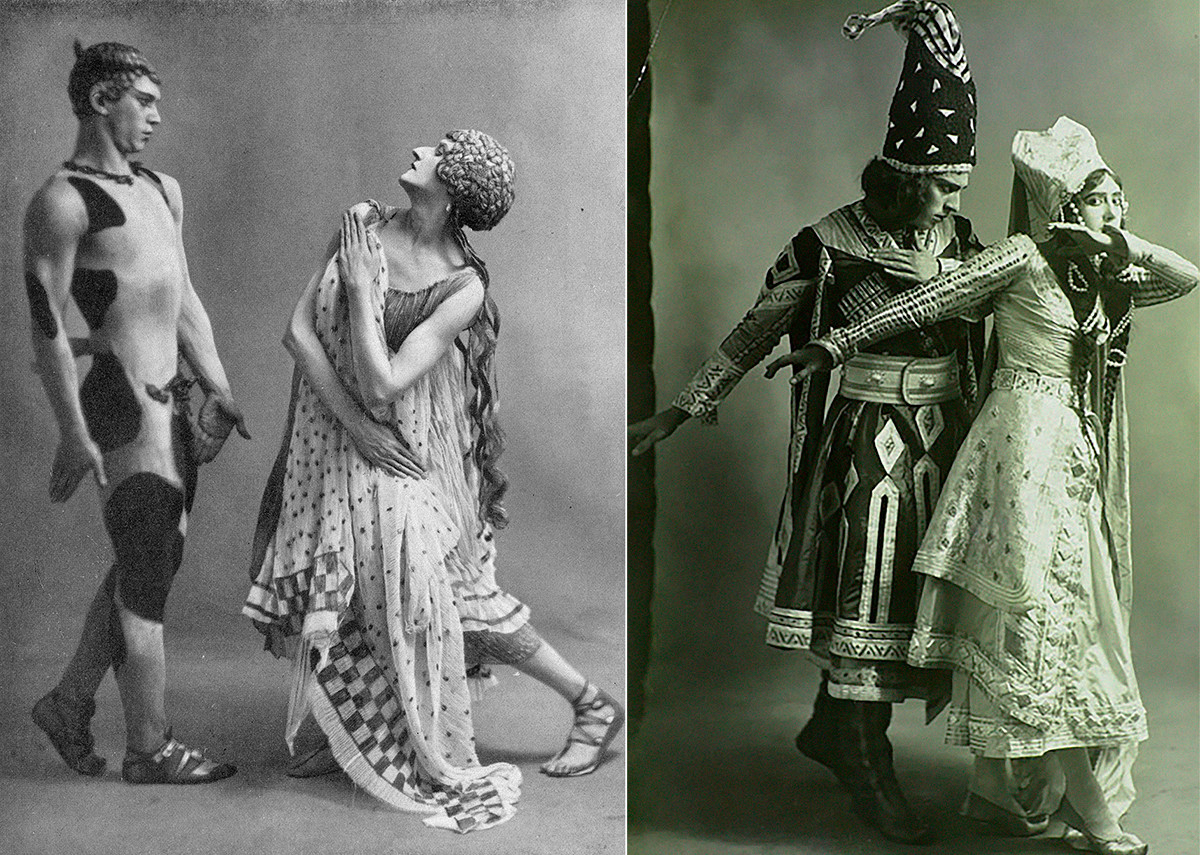 One of the most extravagant ballet shows was ‘Parade’ staged by Cocteau in 1917, for which artist Pablo Picasso had designed backdrops and costumes. The main theme of the ballet was a parade of circus performers, who were trying to attract an audience to watch their performance. Music was accompanied by the sounds of a typewriter, a horn and bottle clinks. Parisians did not accept this performance: the reviews were simply terrible. However, two years later, the Parade was held with triumph in London and, in the future, many composers began to use non-musical sounds in their works.

During World War I, Russian ballet almost did not perform in Europe, with the exception of a few charity concerts in favor of the Red Cross, since Nijinsky was in captivity in Austria, and Fokin and Karsavina could not leave Russia.  In 1916, Diaghilev invited new dancers Vera Nemchinova, Lydia Sokolova and Leon Wojciechowski to join the troupe and went on a grand tour across the U.S. and South America. 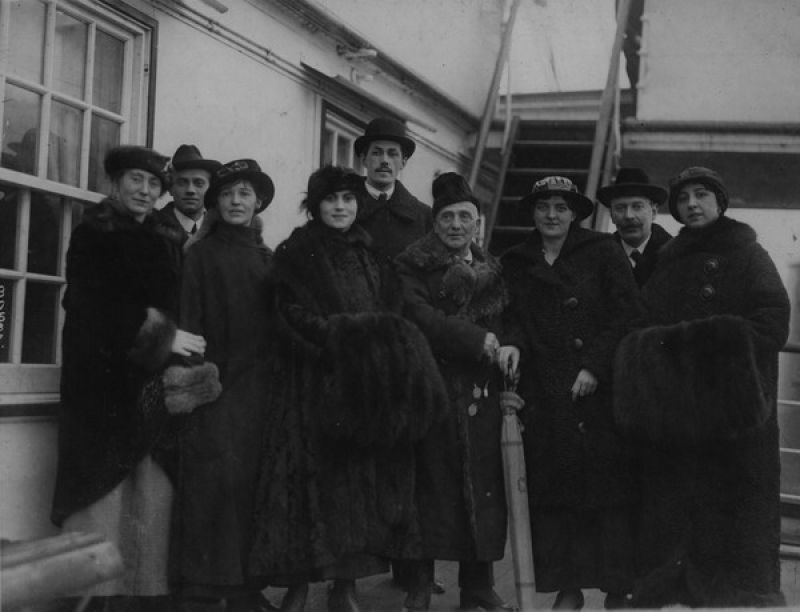 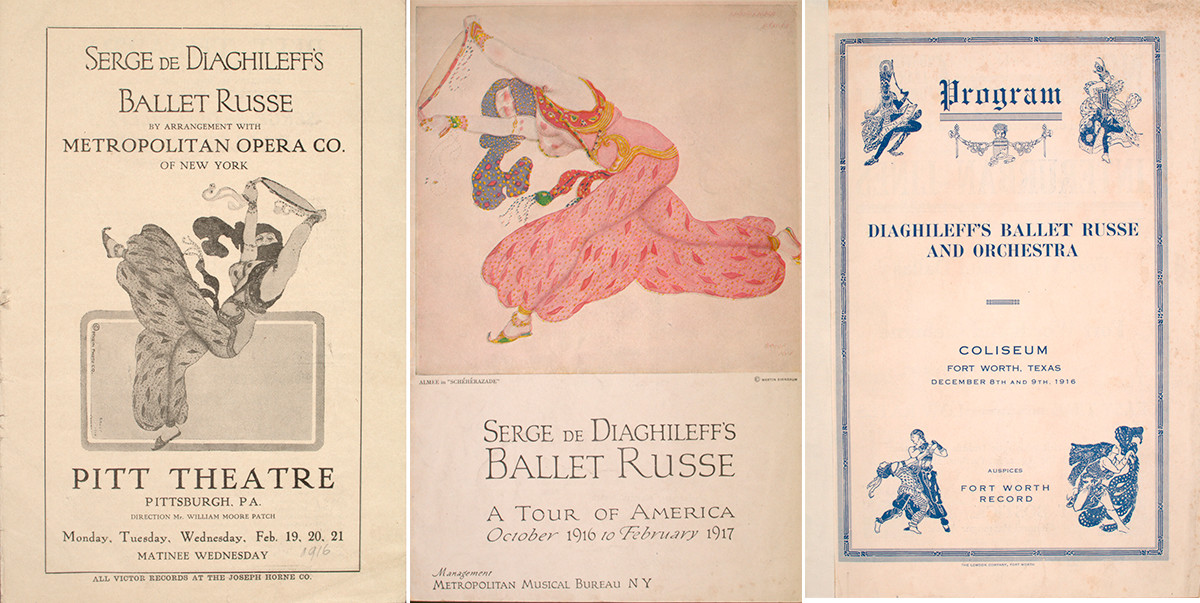 From The New York Public Library

In September 1917, Nijinsky danced in ‘The Spirit of the Rose’ ballet for the last time and then left the stage and moved with his wife to Switzerland. 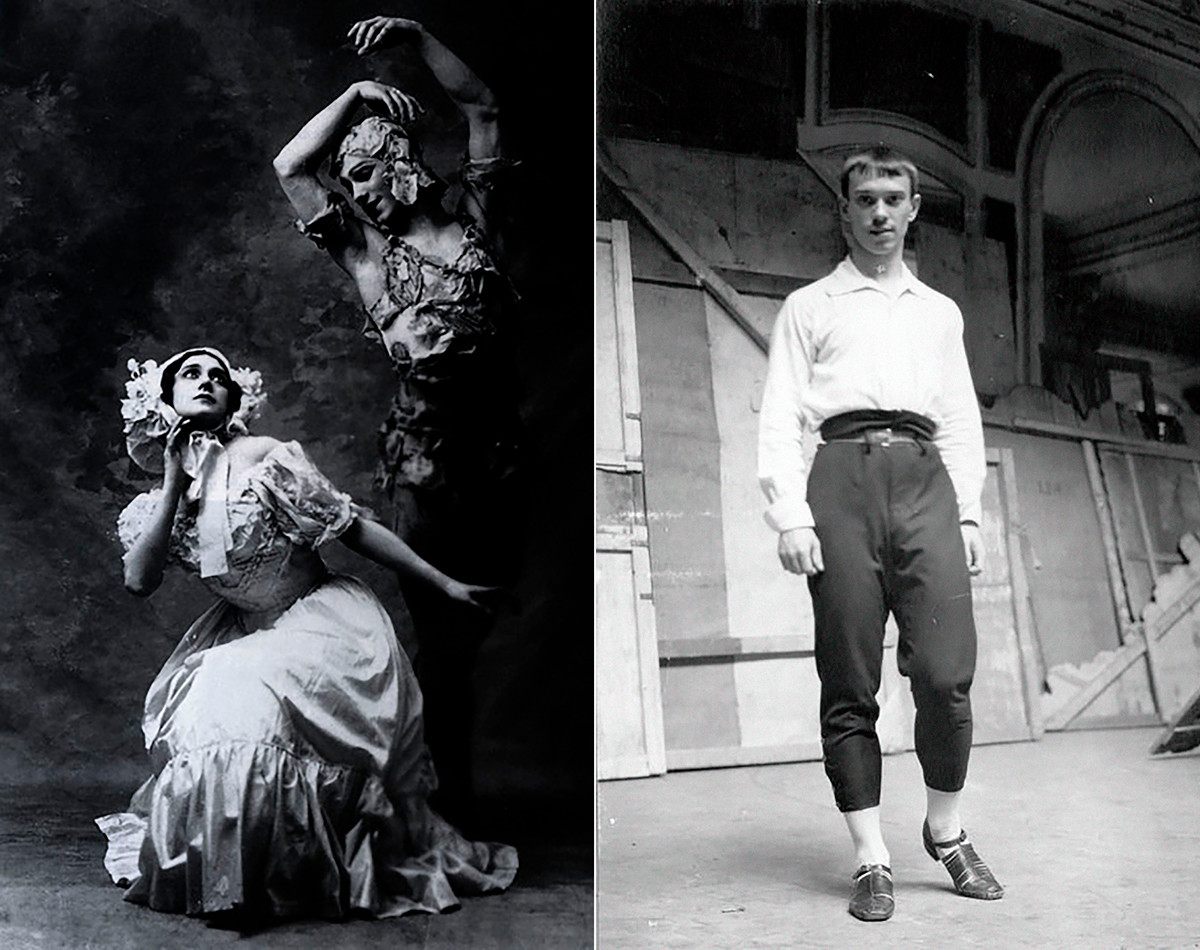 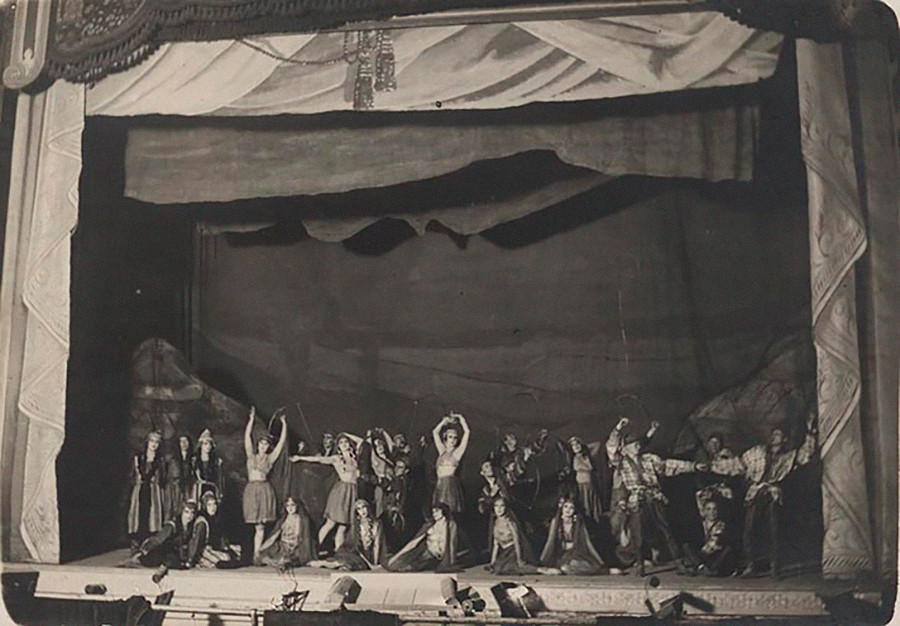 One of the last premiers of Ballets Russes became the neoclassical ‘Apollon’ musagète, written by Igor Stravinsky and staged by young George Balanchine, in 1928. 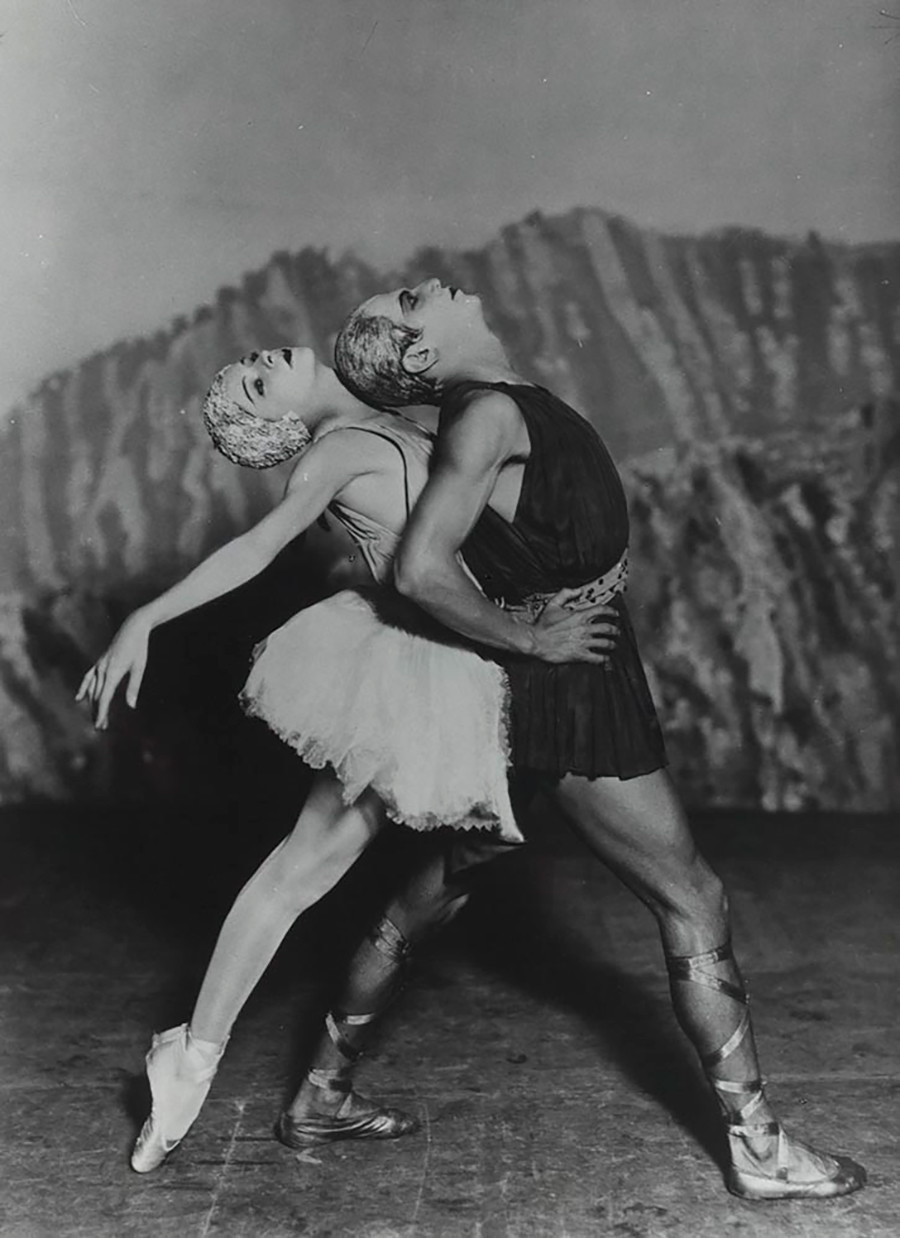 Costumes were designed by Coco Chanel, who actively supported Diaghilev. She also paid for his funeral in August 1929. 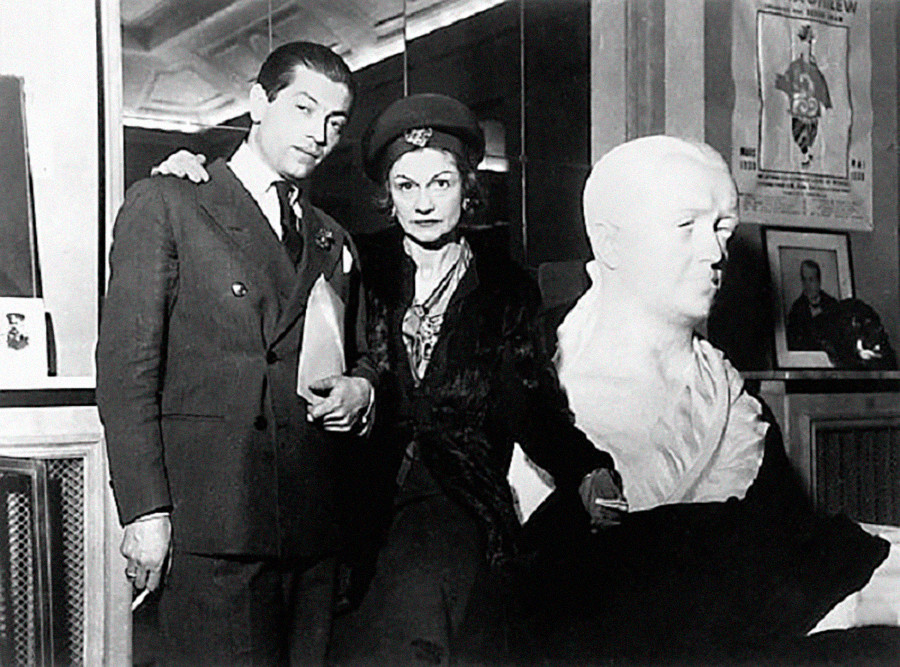 After Diaghilev’s death, dancer Léonide Massine took over Ballets Russes de Monte-Carlo, which continued performing across the world. Lifar headed the ballet at the French Grand Opéra, while Balanchine left for the U.S., where became known as the “father of American ballet”. 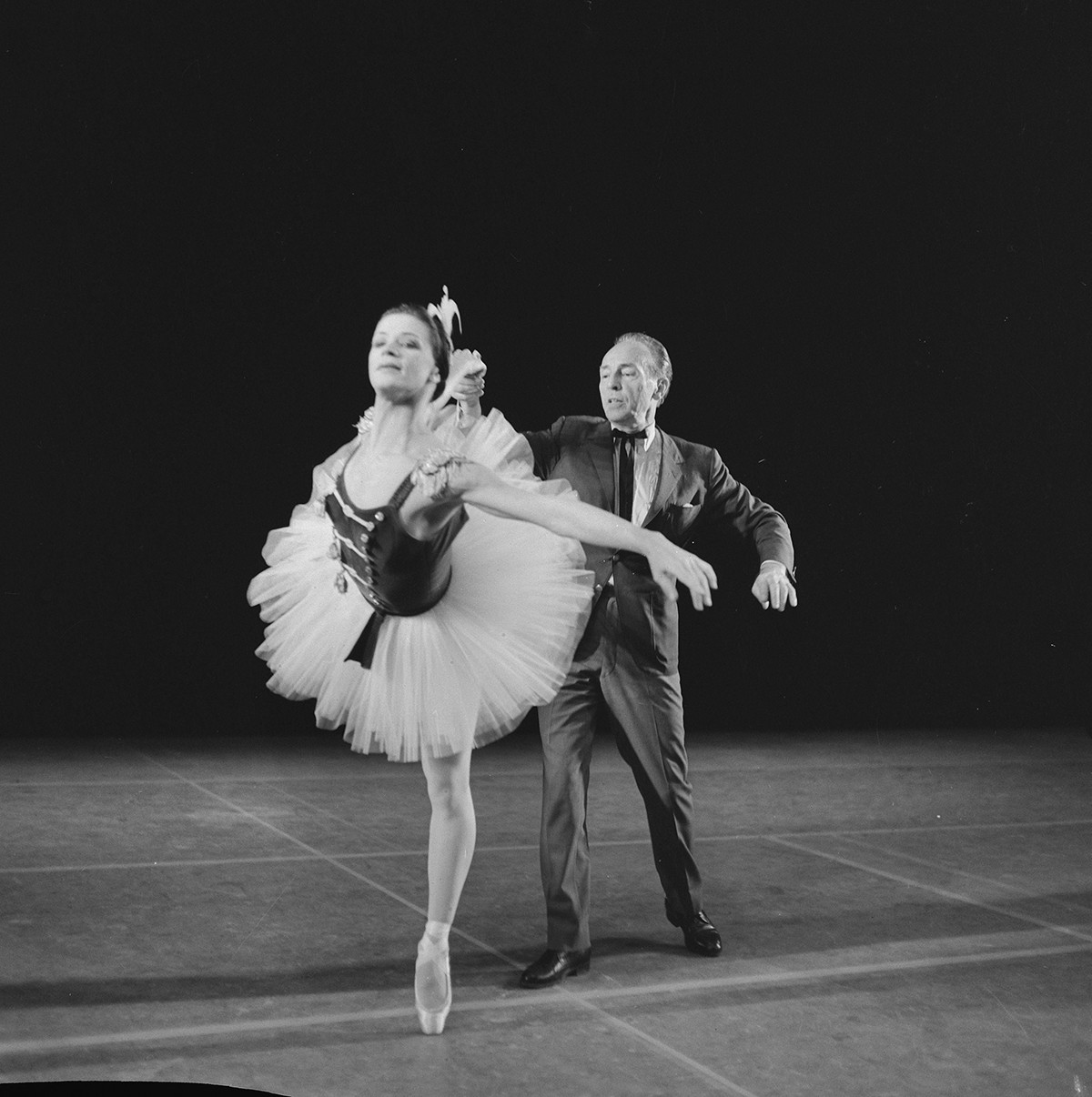