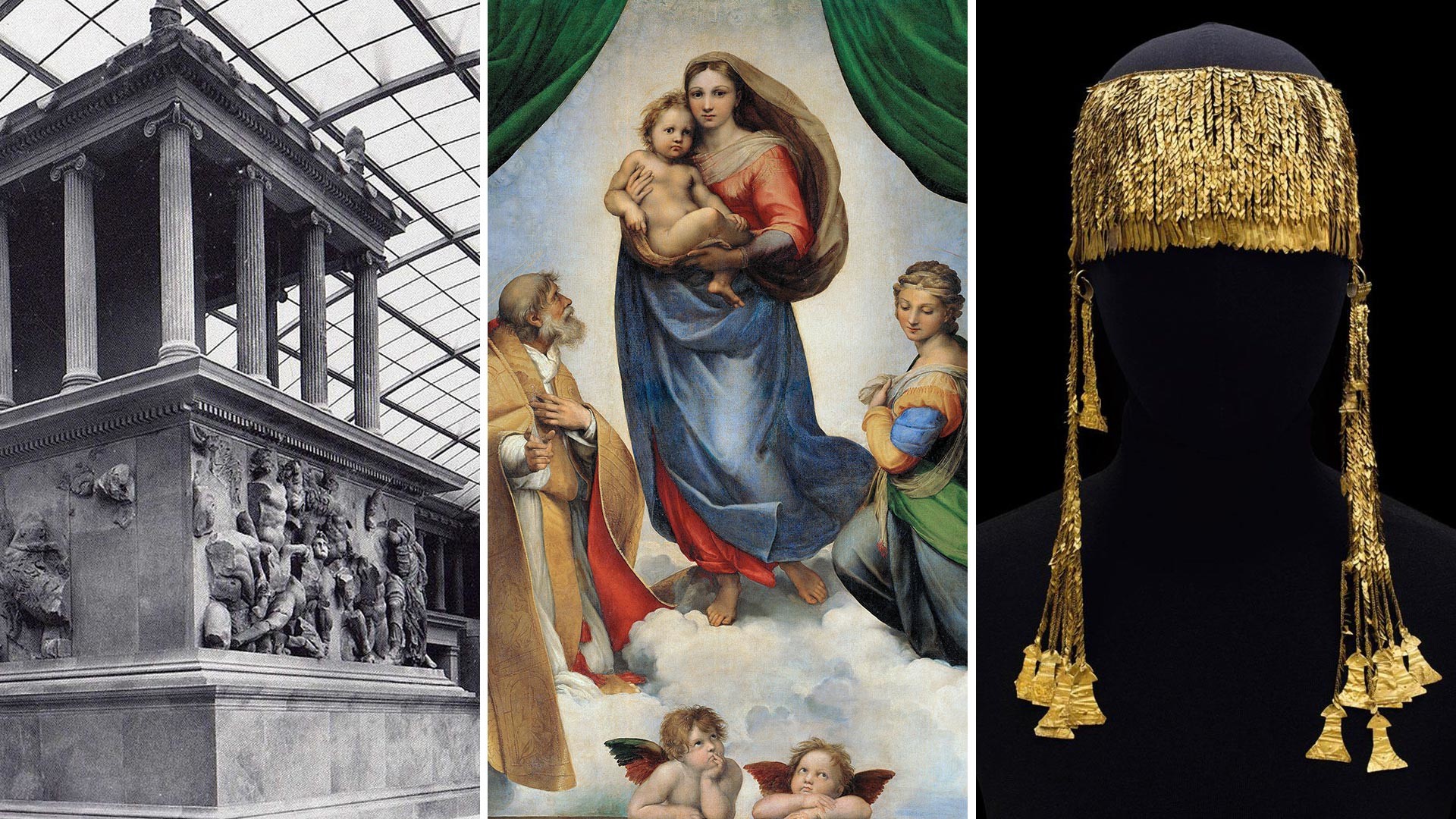 Public domain; Raphael/Gemäldegalerie Alte Meister; Pushkin Museum of Fine Arts
The triumphant return of Soviet troops in 1945 was accompanied by large amounts of captured   paintings, sculptures, books and gold - items of the world’s cultural heritage that had survived the flames of war. Later, many of these unique works of art were returned to Germany, but some stayed in the Soviet Union.

1. The collection of the Old Masters Picture Gallery in Dresden 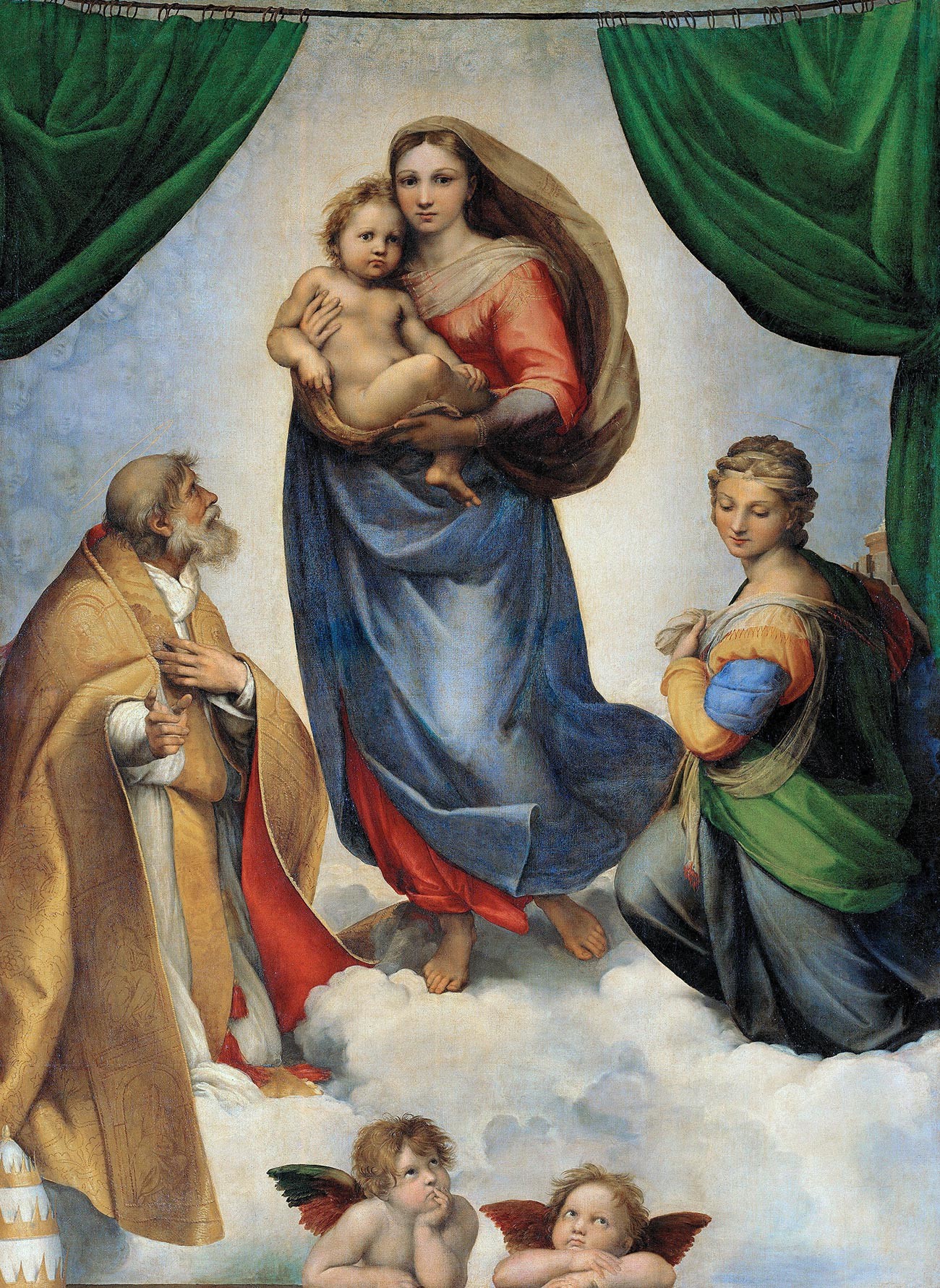 In February 1945, Allied forces - British and American - launched a massive aerial bombardment of Dresden, one of the most beautiful German cities, and it seemed the treasures of the famous picture gallery had perished in the terrible fire - the collection of the Electors of Saxony included paintings by Pieter Bruegel the Elder, Giorgione and Vermeer, Botticelli and Cranach, Rubens and Holbein, Titian and Van Dyck. But the works of art had been moved to quarries and tunnels, and there in May 1945 Soviet soldiers found them. Some works of art were just lying around, while the gem of the collection - the Sistine Madonna by Raphael - was hidden in a plywood box secured with padlocks. The masterpieces were relocated to Moscow, to the Pushkin State Museum of Fine Arts, where they were restored and, in the spring of 1955, put on public display in 14 rooms. Over a period of four months, the exhibition of rescued paintings was viewed by over 1.2 million visitors. In order to accommodate the great public interest, the museum stayed open seven days a week, with the doors opening at 7:30 a.m. and visitors staying until 11 p.m.

After that, the collection was returned to Germany: "Of course, everyone was outraged," recalled Irina Antonova, the late former director of the Pushkin museum. "But, finding myself in Dresden a few years later, I was able to see the situation differently. I realized that Dresden was its Old Masters Picture Gallery."

Altar to Zeus in the Pergamon Museum, Berlin

The trophies also included the enormous altar dedicated to Zeus from the city of Pergamon, decorated with a massive frieze showing the battle between the Olympian Gods and the Giants. It is believed that St. John the Apostle was describing the sacrificial altar when he referred to the "Throne of Satan" in the Book of Revelation. The altar was excavated in the 19th century by German archeologist Carl Humann who had it transferred to Germany, and by 1920 a special museum had been built in Berlin to house the antique relic.

After the war, the Pergamon Altar was taken to St. Petersburg. For 13 years it was kept in the depository of the Hermitage, and museum visitors were only able to see it in 1954. Four years later the sacrificial altar was returned to Germany, and to this day it’s housed in the Pergamon Museum in Berlin, while a plaster copy of the relic was made for the USSR. Since 2002 it has been exhibited at the St. Petersburg Stieglitz State Academy of Art and Design. 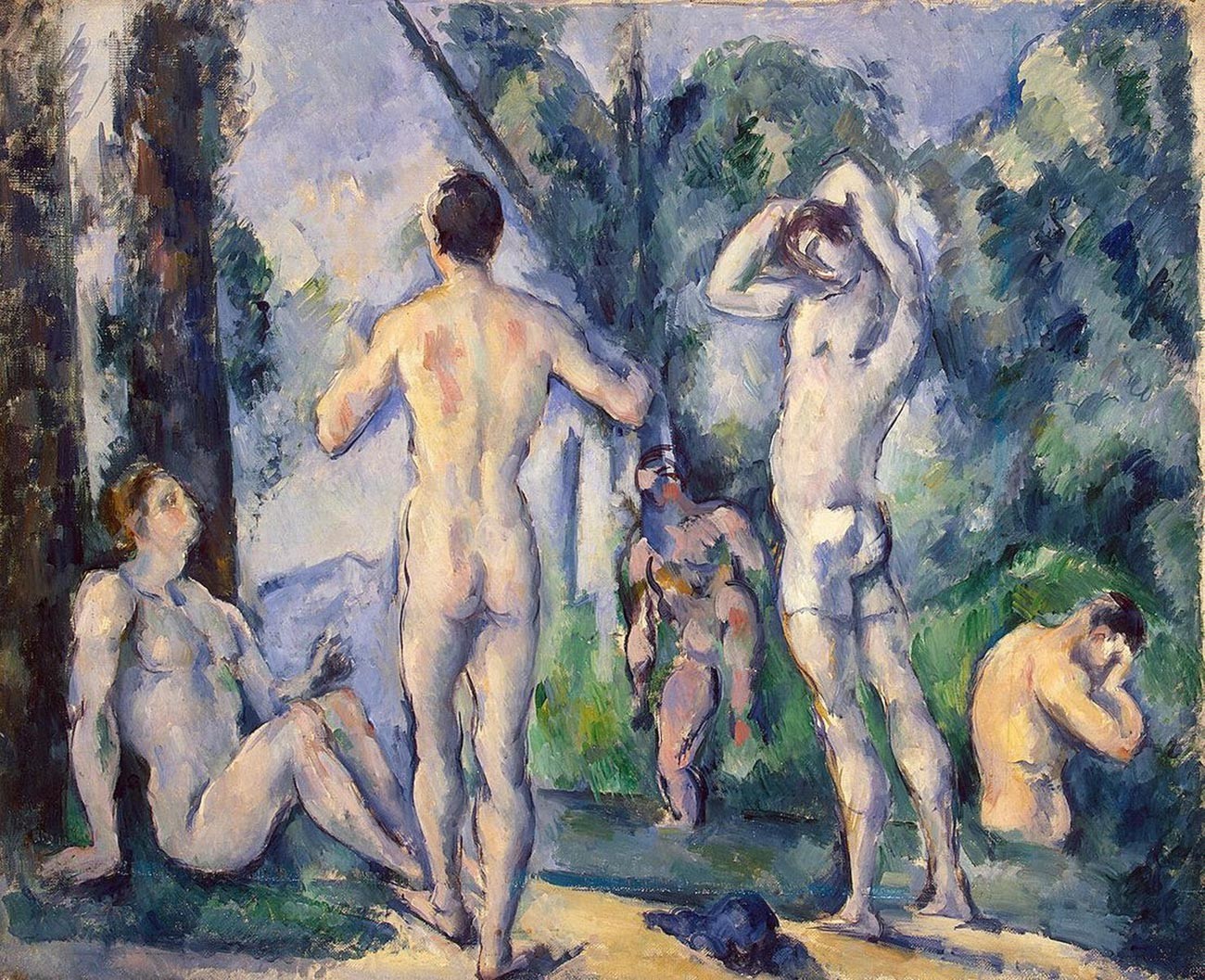 The trophy art also included works by the Impressionists. In his villa outside Weimar, industrialist Otto Krebs had put together an exceptional collection, including works by Van Gogh, Cézanne, Gauguin, Pissarro, Monet and other artists. In the spring of 1945, the Soviet Military Administration in Germany was housed in his mansion. It was then that our soldiers discovered a special vault in the cellar. A surprise awaited them inside: a complete inventory of the collection along with the masterpieces themselves, fully corresponding to the list - 102 paintings, 13 drawings, eight sculptures and a dozen porcelain objects. The Hermitage curators who took delivery of the Krebs collection realized straight away that it wasn't just any collection but a mini-museum, so exceptional were the works of art. Between 1949 and 1996 the collection was kept in storage at the Hermitage, and since then it has been exhibited there as part of the museum collection. 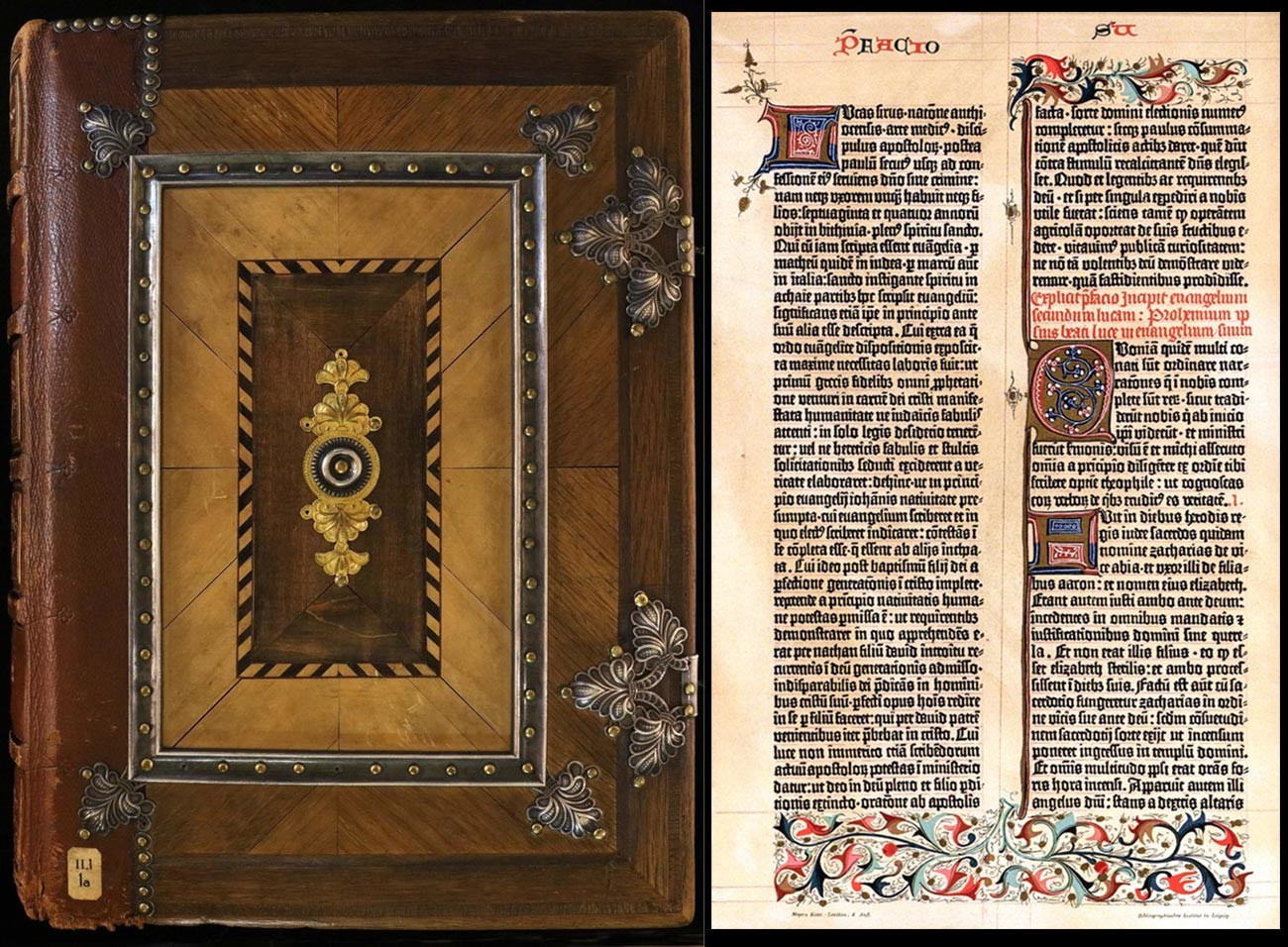 The small town of Gotha in Thuringia was considered a real treasure trove before the war. Germany's oldest library was situated here. The Dukes of Saxe-Gotha diligently replenished it, adding the illuminated Ottheinrich-Bibel, the Giant Bible of Mainz, books autographed by Martin Luther, the manuscripts of John Calvin and even the Russian Azbuka (AlphabetBook) of Ivan Fyodorov, printed in Ostrog. After the war, a considerable part of the library was taken to the USSR. For 10 years, the unique books were stored in the same boxes in which they had arrived. In 1956, most of the books were returned to Germany.

Two Bibles printed by Johannes Gutenberg from the German Museum of Books and Writing in Leipzig also ended up in Moscow. Of 180 copies, only 47 have survived to our time, so one can imagine how rare these editions are. One of the Bibles is currently kept at Moscow Lomonosov University (MGU) and the other, as it emerged only in the 1990s, is at the "Leninka" (the Russian State Library, formerly the Lenin Library) in Moscow. 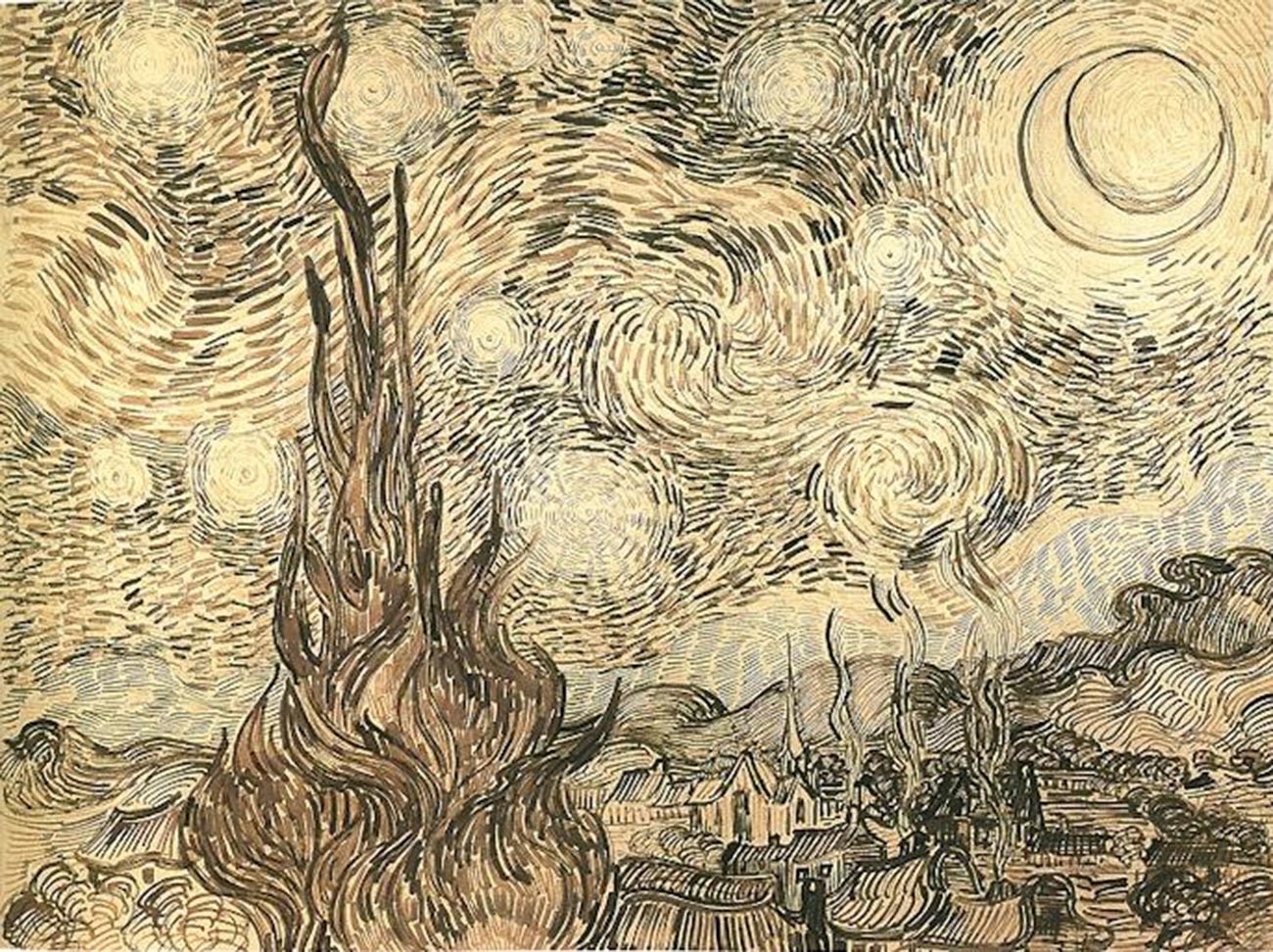 Dürer, Rembrandt, Van Gogh - more than 1,700 works by the great masters from the Kunsthalle Bremen collection were hidden in the cellars of Schloss Karnzow during the war. When in May 1945 Soviet troops entered the property of the Counts Königsmarck, they discovered portfolios of prints and drawings and boxes of pictures. Capt. Viktor Baldin managed to rescue a significant portion of them from looting and to take them to Moscow. In 1947 the collection was deposited at the Museum of Architecture in the Soviet capital, and from 1991 it was kept in the Hermitage. This was when the world found out that the Bremen collection was in Russia. Today it bears the name of the man who saved it from destruction - Viktor Baldin. 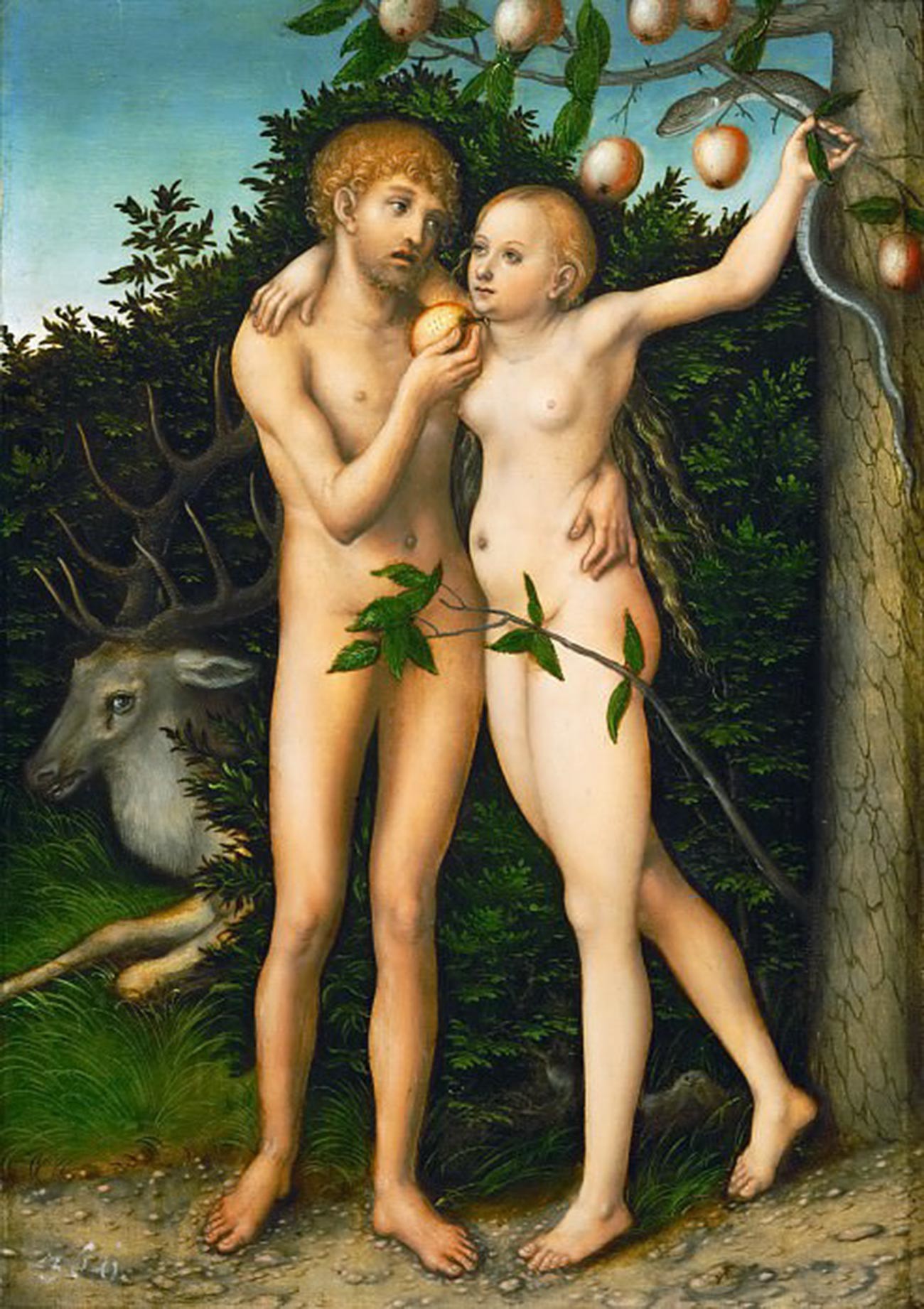 At Friedenstein Palace in Gotha, Germany, the court painter of Prince Elector Frederick III (The Wise) was Lucas Cranach the Elder. This was the location of one of Germany's first museums, with a collection that boasted many masterpieces - paintings by Jan Lievens, Frans Hals, Jan Brueghel the Elder and, of course, Cranach himself. After the war, the collection was relocated to the Soviet Union, with part of it returned to Germany in the 1950s. Around 20 works by Cranach, including “Herr Bürgermeister” [also known as "Portrait of a Man with Red Whiskers"], “The Fall of Man”, “The Adoration of the Magi” and others have been in the collection of the State Pushkin Museum for more than 70 years now. 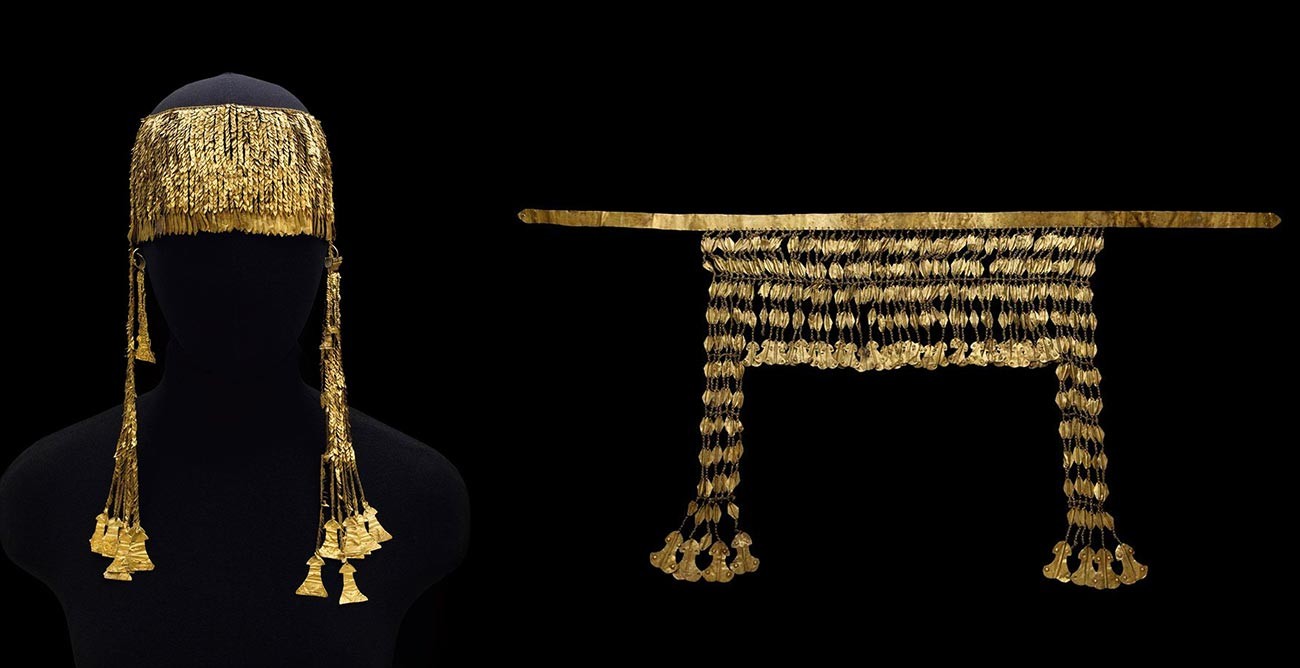 The Treasures of Troy discovered by Heinrich Schliemann were one of the prized possessions of the Berlin Museum. This valuable find, which consisted of gold ornaments, silver and gold vessels, axes and daggers, was known as Priam's Treasure. A significant portion of it ended up in the Berlin Collection of Classical Antiquities, but at the start of the war the valuable exhibits were hidden at the Zoo. After the War's end, the museum collections were handed over to Soviet troops. Thus, the Treasures of Troy found themselves in the Soviet Union, but few people were aware of this. It was only in the early 1990s that the trophies were declassified. It was all the more surprising when people could see the treasures for themselves at an exhibition in Moscow's Pushkin Museum in 1996. Schliemann's unique trove remains in the museum's collections to this day.

The trophies also included other treasures such as valuable Bronze Age articles from the Eberswalde Hoard and Merovingian Frankish gold also from the Berlin Museum of Prehistory and Early History. 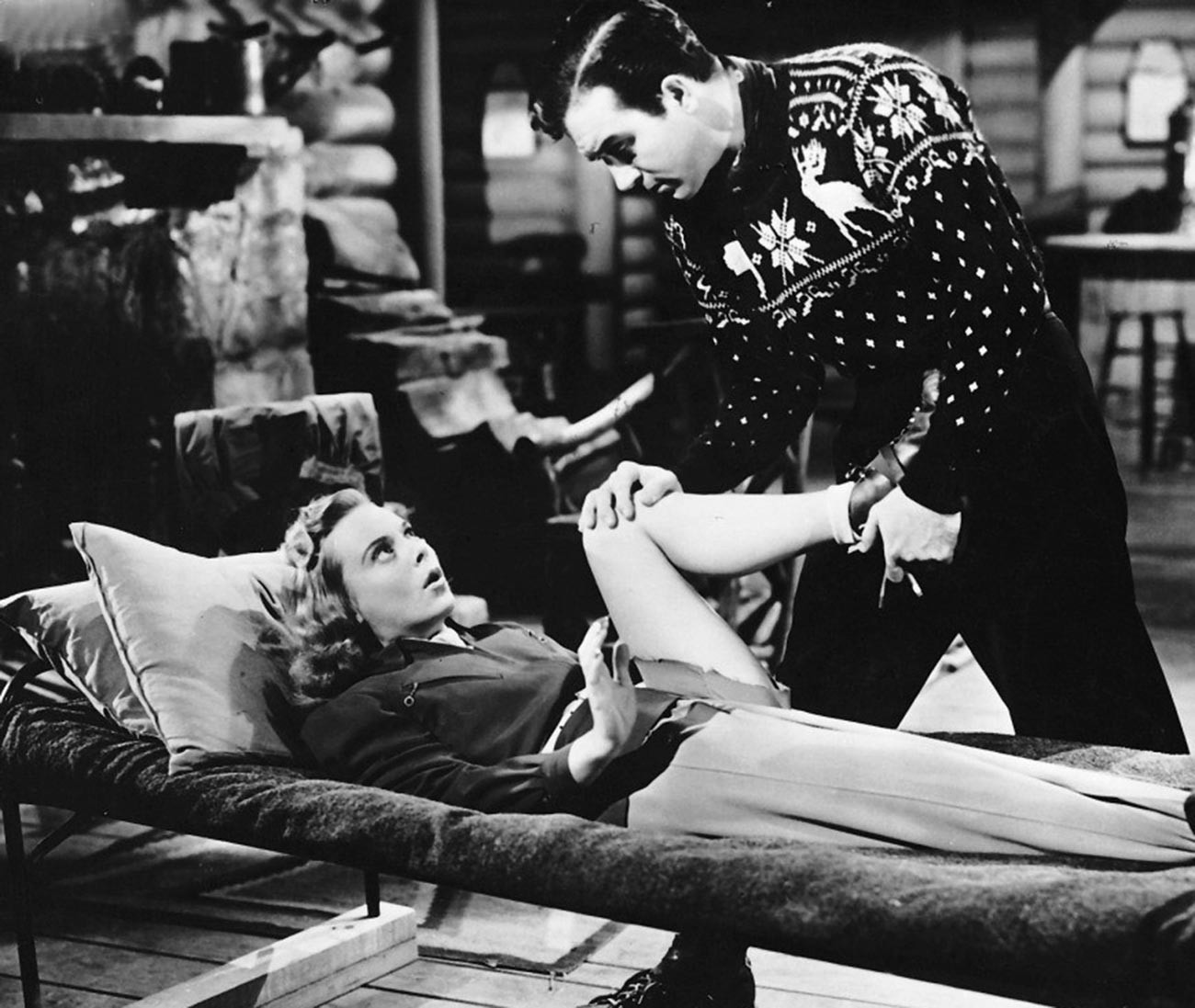 A still from 'Sun Valley Serenade'

In the late 1940s and early 1950s foreign films appeared on Soviet cinema screens - the extensive Reichsfilmarchiv collection also ended up among the trophies of war. By 1945 the archive numbered more than 17,000 films, and not just German-made ones - it also held copies from the film archives of France, Norway, Yugoslavia, Poland and even the U.S. In the end, more than 6,000 films entered the Soviet Gosfilmofond state film archive, and many were publicly screened  in cinemas.

These included The Great Waltz, Sun Valley Serenade, One Hundred Men and a Girl, musicals featuring Italian opera singer Enrico Caruso and adventure films with Erich von Stroheim. Many were viewed before release by Joseph Stalin himself. Some of the movies were re-edited and given new endings, with anything "harmful" to Soviet citizens removed, including titles. Showings were prefaced with special captions: "Taken as a trophy after the defeat of German Fascist troops by the Soviet Army at Berlin in 1945."