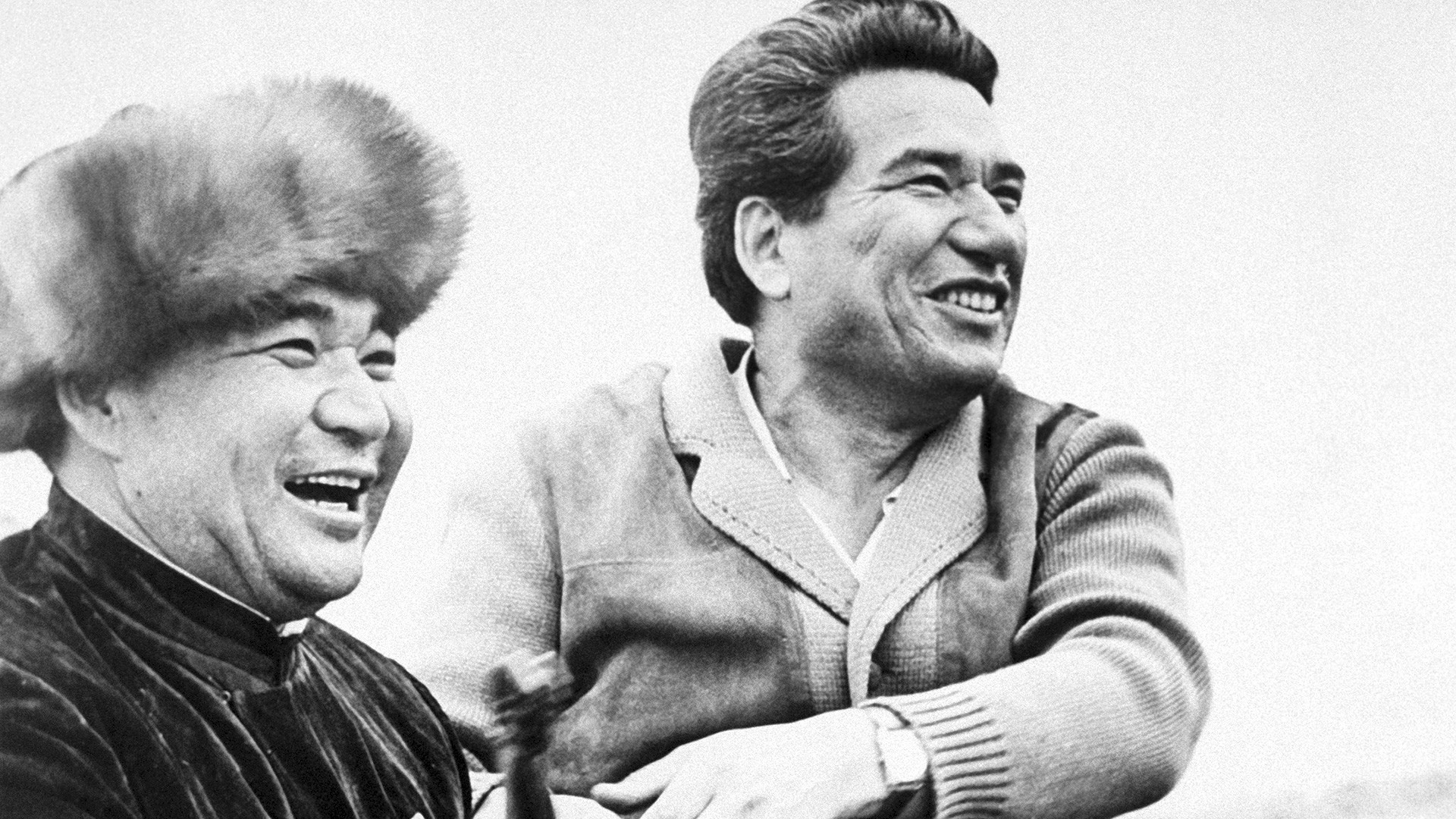 I.Dronov/TASS
Chingiz Aitmatov’s books that were set in the valleys of Kyrgyzstan and steppes of Kazakhstan gave the world a rare glimpse into the culture, psyche, traditions and landscapes of the heart of Asia.

The expansion of the Russian Empire towards the gates of Afghanistan and India and the subsequent incorporation of Central Asia into the Soviet Union resulted in the spread of the Russian language to Turkic-speaking peoples. And Kyrgyzstan produced one of the finest Russian language writers of the 20th century - Chingiz Aitmatov.

Born in 1928 in a Kyrgyz village called Sheker, Aitmatov briefly lived in Moscow as a child, but moved back to his native land after his father (who was executed during the Stalinist purges) sent his family back to Kyrgyzstan.

Studying in a Soviet school, Aitmatov attained bilingual skills in Kyrgyz and Russian. In his memoirs, he narrated an incident about being asked by villagers to translate to a Russian veterinarian how a Don stallion had died of poisoning after consuming wild grass. Still a young boy then, he was rewarded with a “fine piece of meat” for his translation services. “That was how I served as an interpreter for the very first time – from Russian into Kyrgyz and Kyrgyz into Russian,” Aitmatov wrote. “I have been working within both those cultures ever since.” 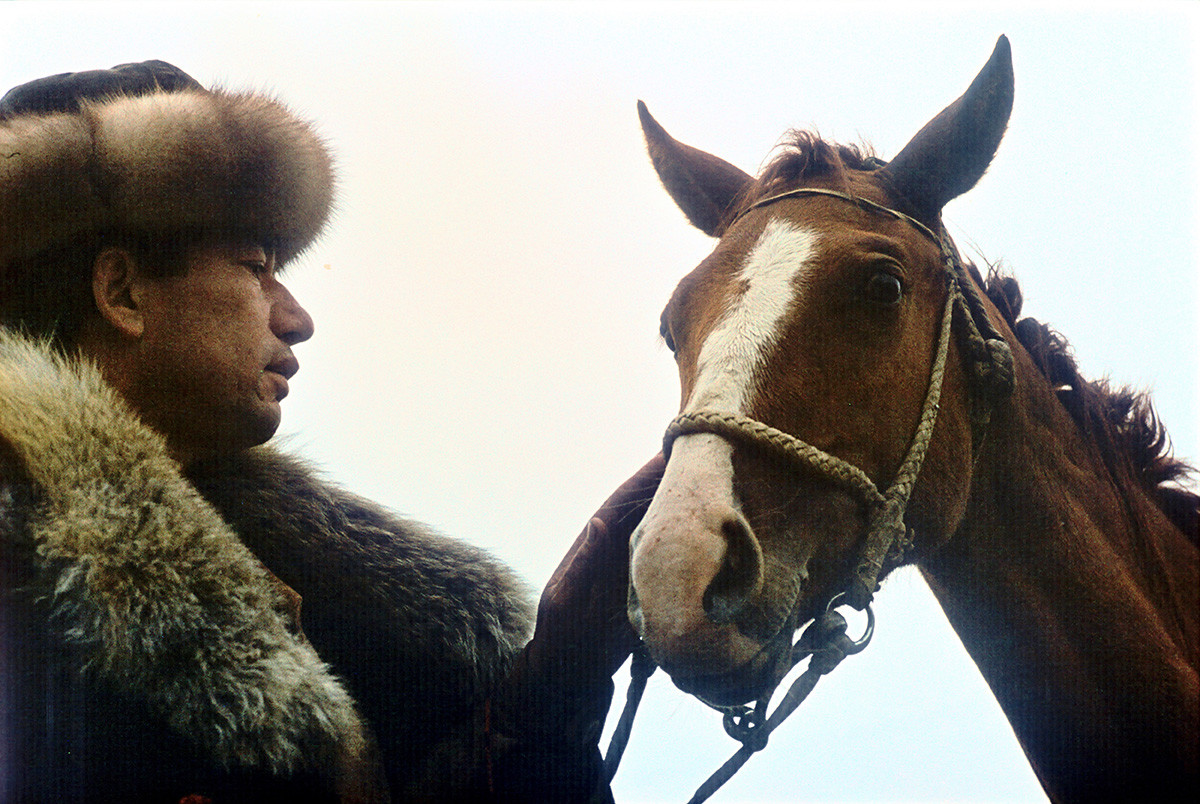 Since he was too young to serve on the front, Aitmatov took up various jobs during the war years and went back to studying in 1946. He attended veterinary college in Kazakhstan and then enrolled at an agricultural institute in Kyrgyzstan, but his heart was set on writing.

His first short story in Russian titled ‘The Newspaper Boy Dzuio’ was published in 1952. Four years later, Aitmatov enrolled at the Gorky Institute of Literature in Moscow and this platform would propel him into a storied life as a writer.

The success of Jamila

Although Central Asia was a part of the wider Russian-speaking world, common Russians and Soviet citizens knew little about the life of that part of the world in the 1950s. The steppes, mountains and valleys were a world away from the urbanized parts of post-war European Russia and were much more difficult to access than the Baltic States.

In 1958, Aitmatov’s novella ‘Jamila’ was published in Russian. The moving story of a young woman from a horse breeder’s family who falls in love with a disabled soldier while her husband is away on the front was well received across the Soviet Union. For the first time, the traditions and the distinct way of life of the Kyrgyz people entered the world of literature. The book, like many of Aitmatov’s later works, was adapted into the silver screen. 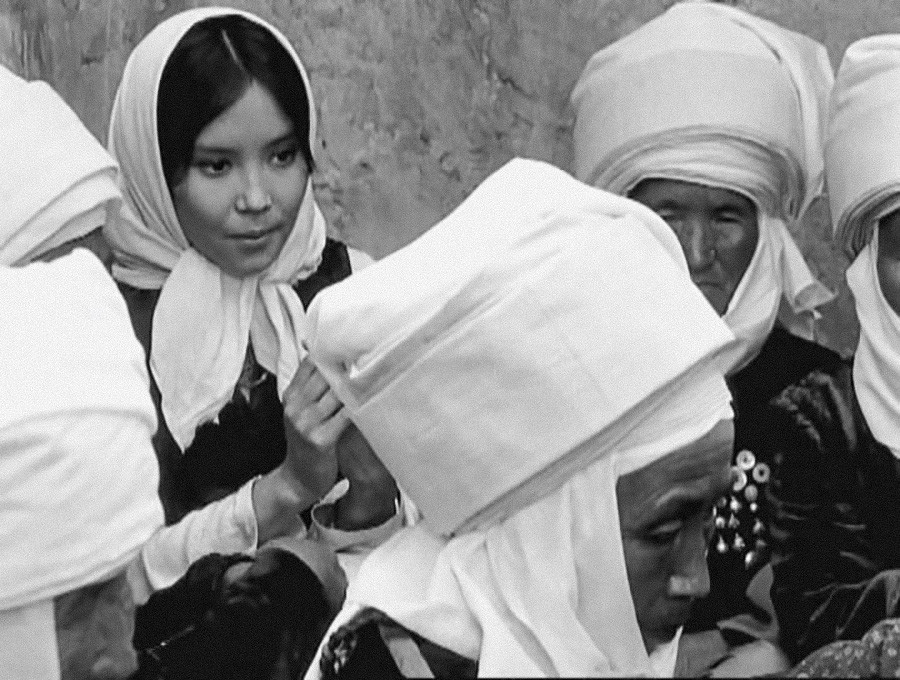 A still from 'Jamilia' movie

Aitmatov said the novella had its roots in real life. “The roots take me back once again to World War II,” he wrote. “It had not just been a terrible event in the life of our country, which had cost many people their lives and brought hunger, cold and other tremendous ordeals in its wake. It had also led to an upheaval in regard to the customs and moral traditions in my homeland.”

French surrealist poet Louis Aragon, who translated the novella into French, called it the “world’s most beautiful love story”. Rahima Abduvalieva, who worked as Aitmatov’s translator in Germany and founded the Aitmatov Academy in London, says that international recognition of Aitmatov went hand in hand with the recognition of Kyrgyz culture. 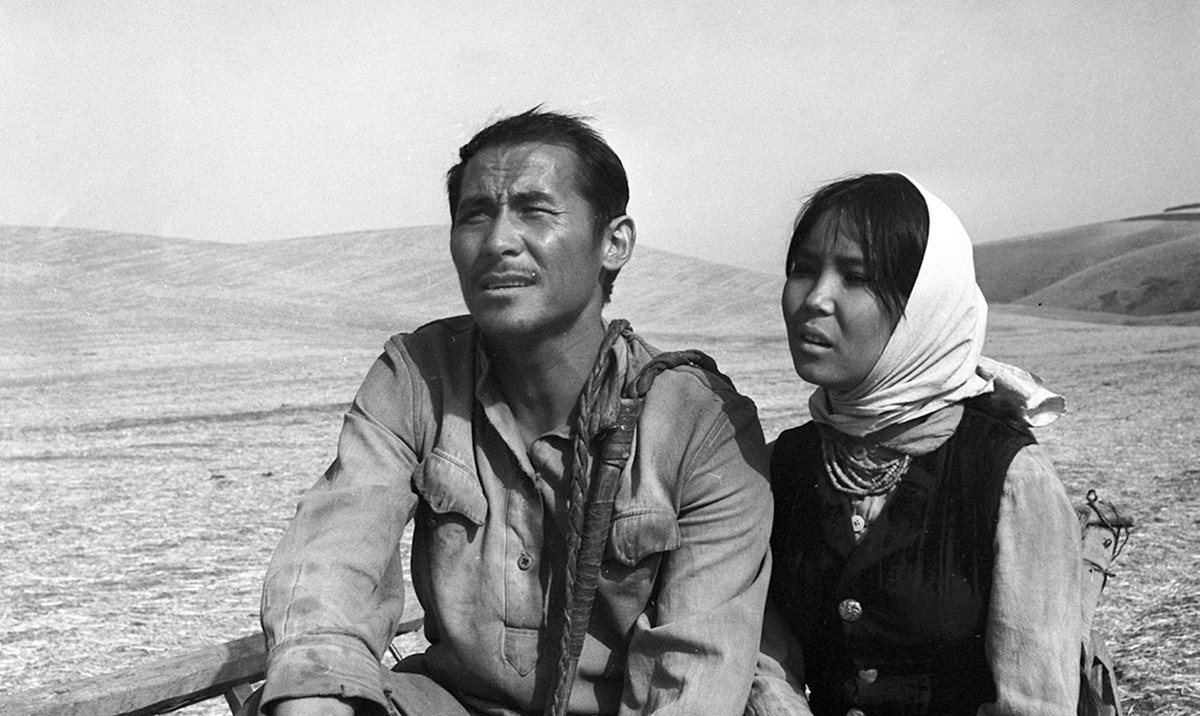 A still from 'Jamilia' movie

“For writers in the West, Chingiz Aitmatov appeared like a sphinx (enigma) - there was no other word for it,” Abduvalieva wrote in a biography titled ‘Chingiz Aitmatov: The Glorious Path of an Eurasian Writer’. “How could a son of an ‘enemy of the people’ forgive the social system which had killed his father and continue to create such magnificent works in those conditions?”

‘Jamila’ was also very popular in Germany, where the translation had 37 print runs.

While in ‘Jamila’, Aitmatov explored the idea of an extra-marital affair in a deeply traditional and conservative story, his novella ‘Face to Face’ was about a deserter. “His bold choice of subject-matter is a thread running through all works by Chingiz Aitmatov,” Abduvalieva wrote in the biography. “While in his early works ‘Face to Face, ‘Jamila’, ‘First Teacher’, ‘Camel Eye’ and ‘Mother Earth’, he merely acquainted readers throughout the world with the Kyrgyz way of life, in the story ‘Farewell, Gulsary’, he gave a critical account of the social fabric of his country, attracting still greater respect than before as a writer with a philosophical bent.” 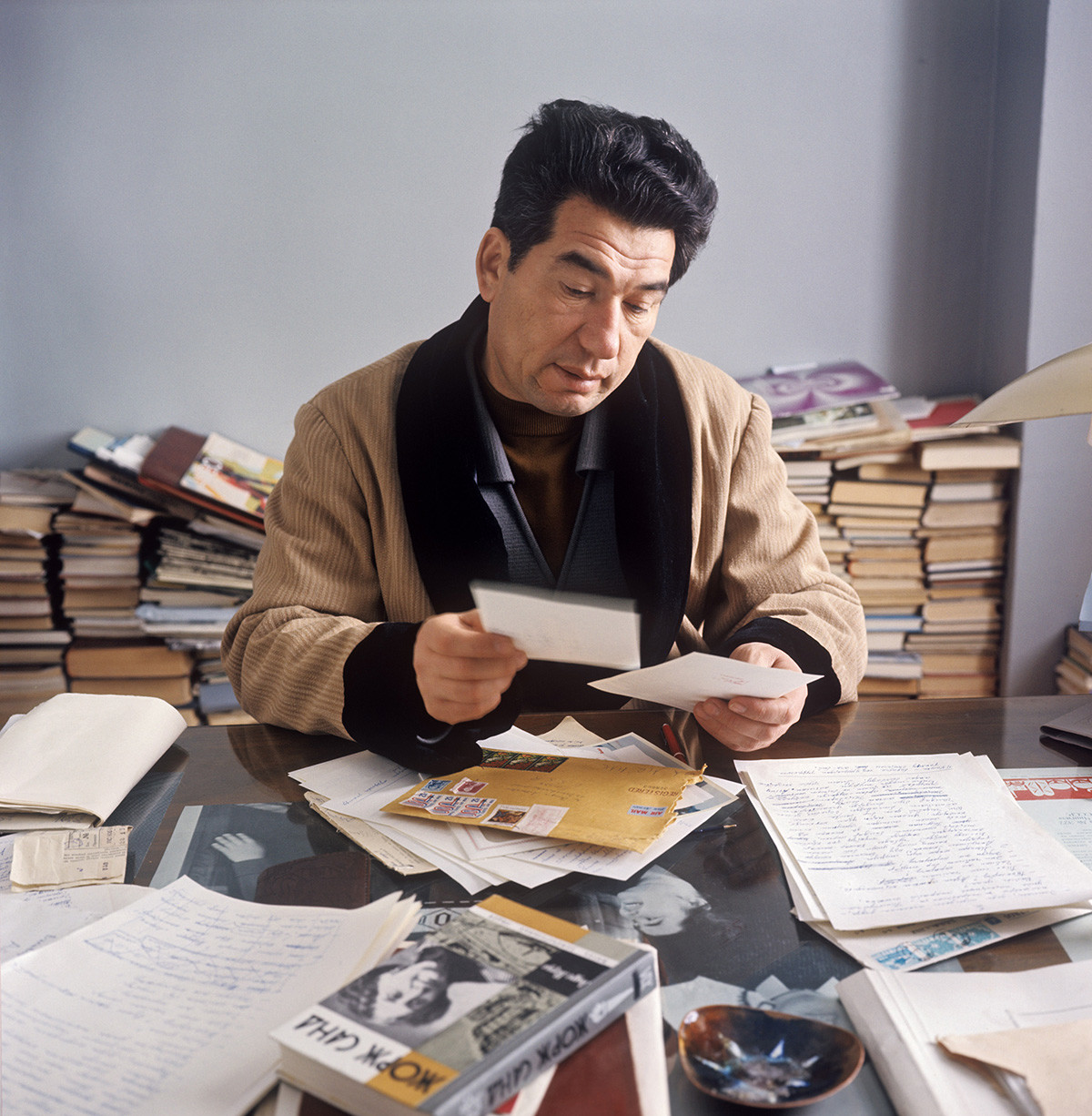 ‘The White Steamship’, which was published in 1970, was also well received in many countries. The novella, set on the shores of Issyk-Kul Lake, is about a young boy who grows listening to stories and legends from his grandfather and looking out over the lake as white ships sail along.  The novella managed to generate a fair deal of controversy over its depiction of the brutality, corruption and abuse of power that was prevalent in the Soviet Union. Despite showing sympathy for the traditional Kyrgyz way of life over Soviet modernization, the book was widely read in the USSR and was adapted to the big screen.

‘Jamila’, ‘The White Steamship’ and ‘Farewell, Gulsary’, which is a moving story about a war veteran shepherd and his stallion, are seen as ideal introductions to Kyrgyz society. For a much deeper dive into the Central Asian soul, his 1980 novel ‘The Day Lasts More than a Hundred Years’ is an ideal companion. The novel is set in the vast steppes and galactic space, giving the widest and most vivid view of the region. The reader gets a grasp of the drastic and surreal gap between modern and traditional lifestyles. Abduvalieva termed the book a culmination of the creative path that Aitmatov embarked on when showing Central Asia to the world. 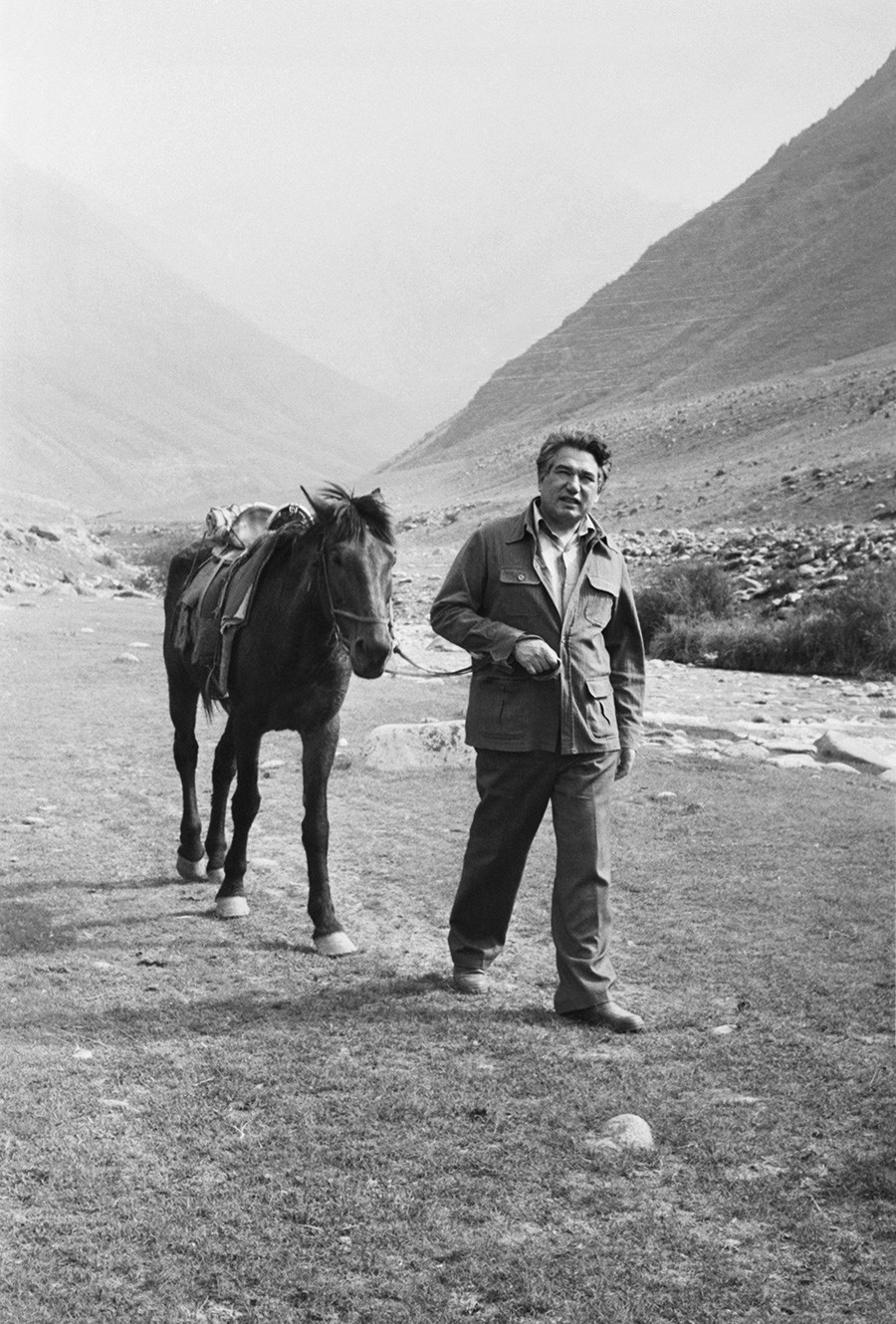 Chingiz Aitmatov walks in the vicinity of his native village Sheker in Kyrgyzstan, 1982

Aitmatov continued to gain international fame and recognition through the final years of the Soviet Union, winning prestigious prizes in Italy, India, France, Germany and other countries. He became an advisor to Mikhail Gorbachev in 1986 at the peak of Perestroika and, in 1990, was appointed as the Soviet Ambassador to Luxembourg. He served as Russia’s top envoy to the Benelux countries before becoming the Ambassador of Kyrgyzstan to the three countries.

His last novel, ‘The Snow Leopard’ was published in Germany in 2007, a year before his death.

James Riordan, who translated several works of Aitmatov expressed great admiration for the Kyrgyz writer, who he said gained distinction through the medium of Russian. “He writes not one, but two versions of each work: first in Kyrgyz, then in Russian, sometimes under a different title and in a different version, in the manner of Conrad, Nabokov and Narayan,” Riordan is quoted in Abduvalieva’s biography. 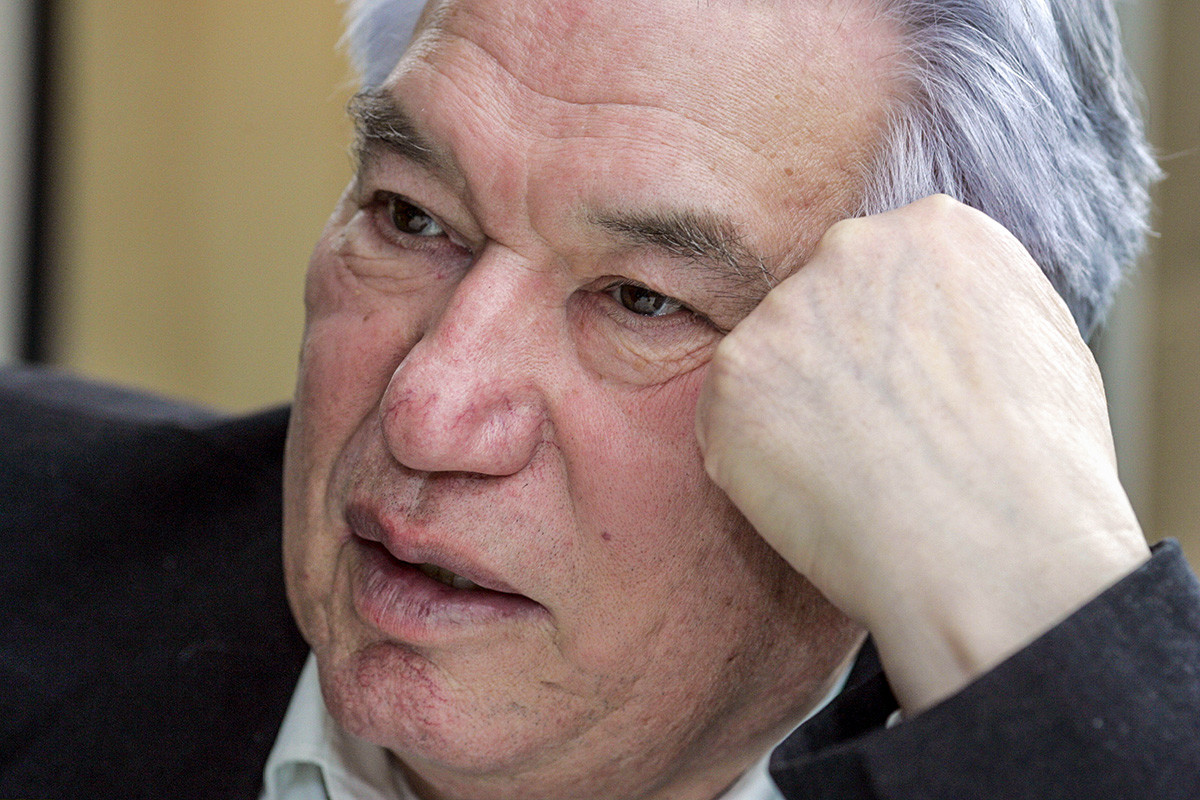 Aitmatov said being bilingual was a constant thread throughout his life and perceived Russian as a “pilot language within the confines of post-Soviet Asia”. He went to the extent of calling Russian his second native language, saying: “As I understand it, the Russian language is one of man’s key strategic achievements, for it possesses the properties of a linguistic antenna. Russian calls forth from the resources of language and accompanies into the world around it the most profound and effective forms of expression and thought, nurturing communication for those living during one and the same chapter of history.”

The writer’s legacy is something that both Kyrgyzstan and Russia can claim with a great degree of pride.